The Witcher series has always offered up what might well be one of the darkest and most violent settings in fantasy history, and as players quickly learn, things on the Continent haven’t gotten any safer by the time of The Witcher 3: Wild Hunt.

Naturally, Geralt will need to suit up properly to protect himself from the many dangers of this violent land; and this game offers up the most diverse selection of armor in the series so far.

As is the case in most RPGs, different types of armor are conducive to different styles of play; below, we’ve ranked 15 armor sets available to you in The Witcher 3 and detailed their strengths and weaknesses.

One of the most basic and common sets in the game, the hunting armor offers only trivial protection. The only reason you’ll have to wear it is if absolutely nothing else is available – or if you want to give Geralt the aesthetic of a simple woodsman.

Similarly to hunting armor, this very common, very accessible set offers only minor protection, and unless you fancy giving Geralt the look of a humble cavalier, the chances are that you won’t be wearing it for very long. 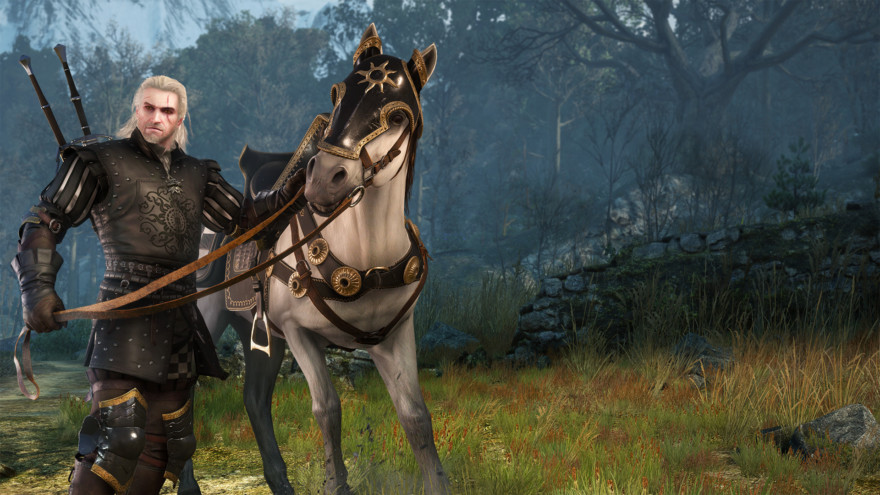 One of the 16 free DLCs that were released for the game, the Nilfgaardian Armour, which can be purchased from the quartermaster at Crow’s Perch, offers some perks to defense, but won’t do much for your offense.

This particular set (referred to as Skellige Armour by the DLC but as Undvik Armour in-game) is purchasable from the armorer in KaerTrolde citadel.

It’s more or less the same story as the Nilfgaardian Armour: one of the free DLC for the game, it’s got some defense boosts, but won’t do anything for your offensive skills. In the case of both this and the Nilfgaardian Armour, there’s really no reason to keep it on longer than you need it unless you really want to roleplay Geralt as loyal to the land it represents.

The effectiveness of the Assassin’s Armour set is very much dependent on it being used right. Its defensive properties are rather limited (not least because the set doesn’t include a chest piece).

However, this is balanced out by the fact that it’s available early on and easy to find, and, more importantly, by the fact that the gauntlets offer a drastic increase in your chance to land critical hits, which can be a delightfully devastating bonus to the blows you land, at least early on.

You won’t have any trouble finding this one, since it’s the armor that Geralt begins the game with. The armor is representative of Kaer Morhen, the keep where Geralt was trained as a witcher, and as a result, it fittingly serves as the basis of his iconic look since the first game in the series.

This medium armor set offers up some decent protection stats from various forms of damage and can be upgraded, but unless you really want to maintain Geralt’s iconic look throughout the whole game, the chances are that you’ll eventually end up trading it out for another, sturdier set. 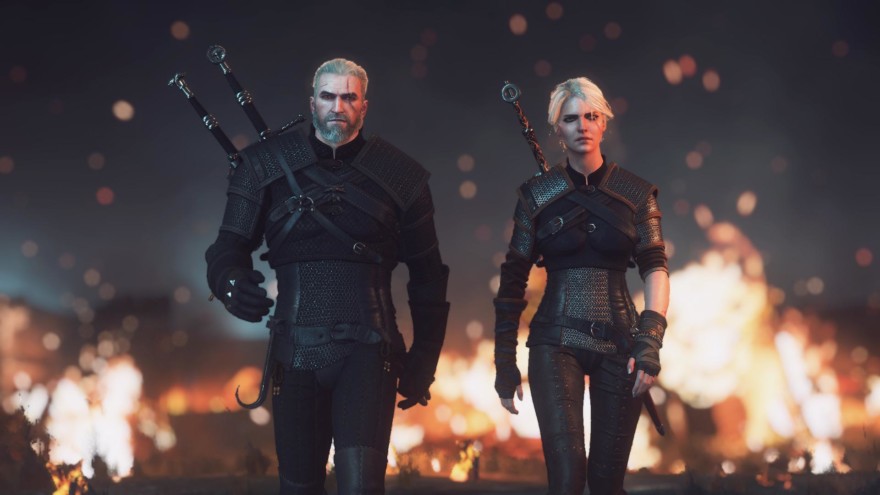 If you’d like to maintain Geralt’s general iconic look for a bit longer without compromising on stats, the Viper set has a very similar look to the KaerMorhen set, with some slightly better stats to it (and fittingly, it’s representative of another school of witchers).

Only available through the Hearts of Stone expansion, the Viper set, in addition to offering some very substantial protection against various forms of damage, also grants Geralt a chance to poison his enemies.

The diagrams for the set’s armor need to be bought from Countess Mignole during the expansion’s “Open Sesame!” quest. The set’s unique silver and steel swords, meanwhile, can be retrieved from Gaunter O’Dimm’s world and crafted from a diagram found in the Borsodi vault, respectively.

Aesthetically, this particular set of armor looks very odd on Geralt – the character has, throughout all the media he’s been in, always favored light armor that facilitates quick movement and fast-paced combat. Seeing him running around in a full set of plate armor can feel rather out of place in comparison.

Once you get used to it, though, you’ll quickly realize that the Tesham Mutna set of armor is a pretty decent one, offering some very nice all-around protection. This particular set is only available via the Blood and Wine expansion and can be found in the vampires’ lair during the “La Cage au Fou” quest.

There are three varieties of the Toussaint Knight’s Armour, but the crafted variety is decidedly the best. Likewise available via the Blood and Wine expansion, this particular set can be found in the Land of a Thousand Fables, accessible during the “Night of Long Fans” quest by picking Syanna’s route. In addition to offering a sizable boost against various forms of damage, the armor also provides a +450 to your Vitality.

Yet another heavy armor set only available through Blood and Wine, the Hen Gaidth armor set is rather easy to miss – you’ll need to keep your eyes open for it while you’re in the Unseen Elder’s cave during the “What Lies Unseen” quest.

Besides the sizable protection bonus it offers to various forms of damage (including a 50% resistance to bleeding), the set just looks very cool – it’s aesthetically similar to the TeshamMutna set (complete with an intimidating mask), but bright crimson in color. It’s an especially enjoyable choice of armor for the player who likes to look especially intimidating and dramatic while hacking up enemies.

One of many sets of armor in the game that can be upgraded extensively (especially once you’ve reached the New Game+ point), the Griffin set of armor, a set of medium armor worn by witchers from the School of the Griffin, is obtainable via the game’s Scavenger Hunts, with the diagrams located in various ruins across Velen.

This particular set is for the witchers with an appreciation for the flair of the magical arts, as it drastically intensifies the strength of Geralt’s Signs. A Sign-heavy playstyle, admittedly, is a bit more challenging to pull off than more melee-heavy approaches; but if it’s what you’re aiming for, the Griffin armor set is ideal for you.

In a similar vein to the Griffin armor, the Manticore armor is a set that focuses on improving an area of Geralt’s skills not directly related to combat – in this case, alchemy. If your approach to fighting is heavily dependent on throwing bombs and utilizing ability-enhancing potions, the Manticore set is ideal for you.

Likewise available through Blood and Wine, the Manticore setis scattered over a wide area, with the steel sword diagram at the Bastoy Prison Ruins, the silver sword diagram at Murky Delve, the armor diagram in a cave southwest of Termes Palace, the diagram for the trousers and boots in a temple near the statue of Prophet Lebioda, and the gauntlets diagram at the Lake of Cleansing. 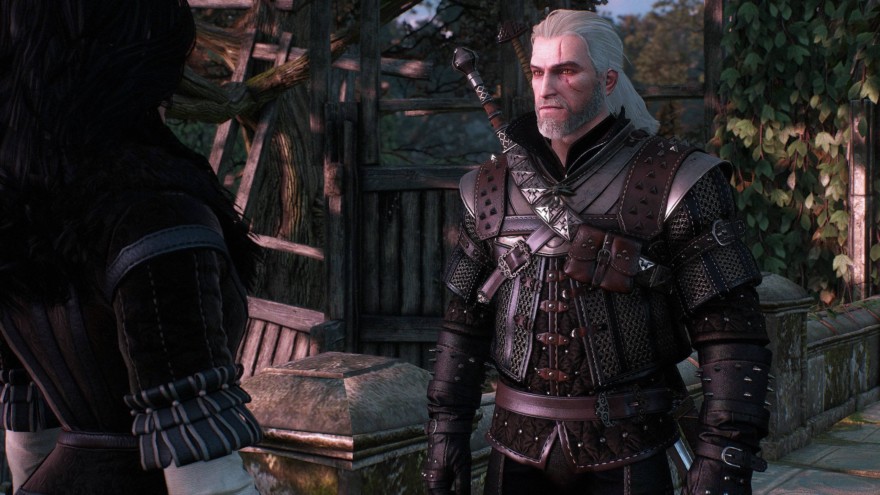 Another set of armor favored by the witchers of KaerMorhen, but considerably more powerful than the one you start the game with. Besides suiting Geralt in roleplaying terms (he was trained in the School of the Wolf, after all), this suit, though perhaps a little light in terms of defense value, does offer relic bonuses that bolster your skills with oil and bombs.

Since these are some of the most effective weapons against monsters, the Wolven Armour set can be great for making you a better monster hunter – which is useful, since that is, at least ostensibly, the primary job of witchers. The diagrams for the Wolven armor can be found, fittingly, near the old home of the School of the Wolf, in various ruins scattered throughout the KaerMorhen valley.

Yet another witcher school armor, the Ursine set, is ideal for the player who prioritizes defense above all else. Whittling down an enemy’s health is all well and good, but The Witcher 3 can throw some seriously brutal enemies at Geralt, and many players like to be assured that they won’t have all their health hacked away before they can get some good blows in.

Not only does this heavy armor set offer some extremely generous protection against damage, but it also bolsters Geralt’s proficiency with Quen, his protective Sign. The overall effect is to turn Geralt into a solid wall of defense. The initial set (which, like most of these witcher school armors, can be heavily upgraded) can be found at the peak of Yvngar’s Fang in Skellige. 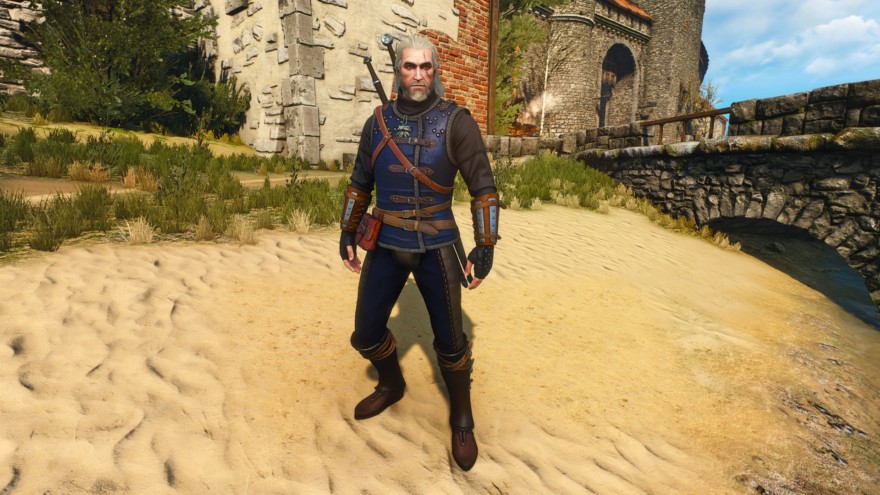 This armor, though not as heavy on defense as some options, it tremendously bolsters your stamina recovery, greatly increasing the efficiency with which you can dodge and perform complex maneuvers with your swords. In brief, it helps turn Geralt into a master of the blade.

The Feline armor, being one of the best sets in the game, naturally has its diagrams scattered across the map, and your hunt for them will take you from Toussaint to Novigrad.

As you can see, how you choose to suit Geralt up is very much dependent on how you want to play him. Whatever armor option you may opt for, though, one thing will be consistently true: your adventure across the Continent will be fraught with peril.