Like with any good RPG, the gameplay of Borderlands 3 makes use of stats. One of these stats is Luck; and a lot of players seem a bit confused about just what effect it has.

In brief, Luck helps you get better loot.

In a loot-heavy series like Borderlands, this can be tremendously useful – you could be showered with blue and purple loot while your friends just get a lot of white and green, and in amidst a particularly heavy fight, you could find a piece of loot that’ll turn the tide of the battle. 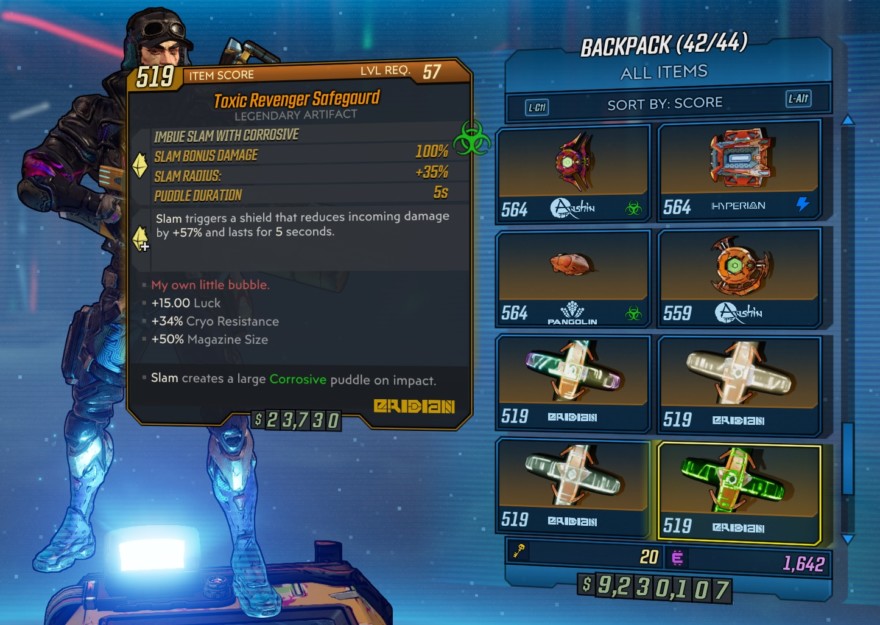 How To Increase the Luck Stat in Borderlands 3?

Improving your Luck Stat in Borderlands 3 is pretty simple. Luck can be boosted by

Loaded Dice is a legendary artifact in Borderlands 3 that has the effect of substantially increasing luck at the cost of 75% of your health.

Technically, Loaded Dice can be obtained from any loot but it has a high chance of dropping the Agonizer which is located in Guts of Carnivora on Pandora.

The big question is: how much does the Loaded Dice increase your luck? What does substantially increases luck really mean?

There’s been no official word on how much your luck is increased but of course the internet ran its own tests.

There have been numerous tests with sample sizes of 1000 to 100 and most agree that Loaded Dice does not increase the chances of getting more Legendaries from farming.

The best case is that Loaded Dice reduces the amount of White (common) and Green (uncommon) rarity loot drops but that’s about it.

Should I Worry About the Luck Stat in Borderlands 3?

However, it should be noted that Luck is, appropriately enough, a gamble; the loot in Borderlands 3 is extensive and highly randomized, and even with the boost provided by a high Luck stat, there’s no guarantee that you’ll get the same amount of high-quality drops that another high-Luck player does, or that the quality loot you do get is going to be well-suited to your playstyle.

Overall, making your character build a Luck-centric one is very much a matter of personal taste and playstyle.

If you want your skill points to have more obviously measurable effect, you’re probably better off investing them in another stat; but if you’re willing to play it a bit riskier, a high Luck stat could eventually pay off in a big way by giving you a piece of loot that’s a complete game-changer for much of the rest of your playthrough.

On the other hand, you could conceivably end up with no substantial reward for all the points you invest in Luck, if the dice don’t happen to roll in your favor. But that’s half the fun, isn’t it?

If great loot is what you’re after you might be better off opening the Golden Chest using Shift Codes and Golden Keys.