Whether you need a banner for a viewing party, a themed night or just want to show you’re a Game of Thrones super fan, they’ll be the perfect banner for you.

Game of Thrones Banners and Sigils

Below are the popular game of thrones banners that are available to buy. Thankfully there are lots of house options available so whoever you support (or if you want the whole collection), we’ve got you covered.

The banners usually come in the following sizes:

The banners also come in a variety of different materials such as woven felt fabric, woven cotton and woven polyester. Felt and fabric banners will look more authentic but given the material not really suitable for outside use. They are hand washable though should you choose to use them for outdoor use. The polyester banners, although less real looking, will be incredibly hard-wearing and you can use them both for indoors and outdoors.

Finally, some of these banners are officially-licensed Game of Thrones merchandise but please check before you purchase.

Banner Heraldry: A running grey direwolf, on an ice-white field

Banner Heraldry: A crowned stag black on a golden field

Motto: Ours is the Fury

Banner Heraldry: On sun-yellow, a black crowned stag within a red heart surrounded by a blaze of orange fire

Motto: Ours is the Fury

Banner Heraldry: A sky-blue falcon soaring against a white moon, on sky-blue

Motto: As High as Honor

Banner Heraldry: A black bear in a green wood

Motto: We Do Not Sow

Motto: We Stand Together

Motto: Our Blades Are Sharp

Banner Heraldry: A black mockingbird on a yellow field

Banner Heraldry: A red sun pierced by a golden spear on orange

Other Game of Thrones Banners and Flags 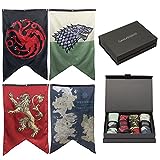 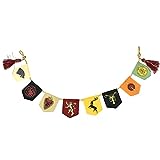 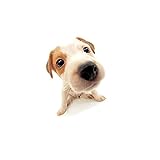