A Booster Box is a box full of Booster packs for the Yu-Gi-Oh! Trading Card Game. Each of these packs correspond to different themes, and all of them will contain different cards from that theme’s set. Gone are the days when you could only pick up a few packs from a store; now, you can buy a whole box of them online. 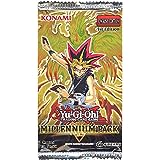 Booster Packs for the new duelists who remember the older anime.

The Millennium Booster Box is extremely nostalgic. If you were a fan of Yugi Muto’s deck, then you’ll find his cards listed in the Millennium theme’s card list; and it truly is a collector’s dream to have. Of course, if you’re buying this for yourself, then you’re likely to get a lot of repeats, but that’s common with Booster Boxes.

Something that is particularly impressive is that the designs of these cards are the same as Season One of Yu-Gi-Oh! Enjoy a blast from the past with The Winged Dragon of Ra. 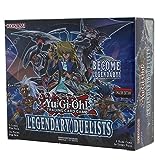 If you’re a fan of the underdogs, this set is for you.

Legendary Duelists Booster packs hold cards such as Red-Eyes Baby Dragon and Red-Eyes Black Dragon. Any fan of the original series would love this deck, especially if they were someone who enjoyed Joey Wheeler’s antics. Alternatively, this set also has the Amazoness cards, once used by several people in the Yu-Gi-Oh! series and its spin-offs.

You’ll be able to build some great decks from these cards, and all of them can be based on the first set of amazing duelists that we remember and love from the original Season One anime.

Legendary Duelists: Sisters of the Rose 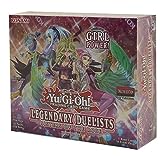 For those who want to try out the strategies of the iconic female duelists from Yu-Gi-Oh! Duel Monsters.

Many who invest in the Sisters of the Rose Booster Box do so because they enjoyed the Harpie Sisters deck that Mai Valentine used in the anime. With this box, you’ll get all the card you need to do this, and more.

This Booster Box also includes cards that were used by female duelists who came along after Mai – such as Alexis Rhodes from Yu-Gi-Oh! GX. There are Harpie cards, Cyber Angel cards, and even Rose Dragon cards for you to build your beautiful deck with. 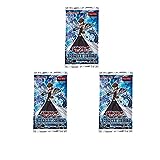 If you’ve been following the series since the beginning, this Booster Box is for you.

The third Legendary Duelists Booster Box on our list is for the White Dragon Booster packs that are available. This Booster Box spans across 5 different versions of Yu-Gi-Oh!- from the manga and first animated series (not Season Zero), through to GX, 5Ds, Zexal, and Arc-V.

This box focuses on the rivals that appear in the series, and though some were often beaten by the protagonists, they were strong.

In this set, you’ll see cards used by SetoKaiba and Zane Truesdale, as well as a couple others. The cards are famously recognizable, with Monster cards like Blue-Eyes White Dragon appearing in this box’s packs. For duelists looking for Galaxy or Photon cards, this is the set for you.

A variety of strong cards at your fingertips; for the duelist who can’t choose a set to work with.

Destiny Soldiers includes Destiny HERO cards, a few Pendulum Monster cards, and a whole lot of DARK archetype cards. DARK monsters have a wide range of effects, so if a duelist thinks that they can handle them, their deck will typically include a lot of them.

The Destiny Soldiers Booster packs contain cards that are popular because the anime introduced duelist Aster Phoenix, who uses a Destiny HERO deck. It is in these Booster packs that the first brand-new Destiny HERO cards since 2008 were put into the game.

If you’re learning about Link Monsters, then the Cybernetic deck is your friend.

The Cybernetic Booster Box offers cards from Yu-Gi-Oh! GX, 5Ds, and Zexal, but modernizes the way they’re played in this set of 100 cards. With these cards, you can easily upgrade your Cyber Dragon deck, especially if you add in one particular Link Monster from this set that will add on a couple thousand attack points to your Machine Monster cards.

Demise, King of Armageddon and Ruin, Queen of Oblivion also lend their powers to this incredible set. 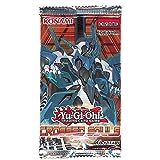 Great for duelists, even better for collectors.

The Crossed Souls Booster Box contains a fair number of Rare, Super Rare, and Ultra Rare cards. Though the cards themselves are great to add into your deck for a power-up, there are more than enough Rare cards in here for a collector to put away for a few years.

One of the cards that most duelists try to get is Satellarknight Zefrathuban, a Pendulum Monster card with a great effect; one which allows the player to destroy a face-up card on their opponent’s side of the field. 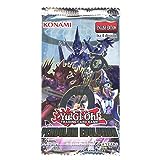 For the Pendulum duelist who’s looking to bulk out their deck with some super-powered magicians.

Speaking of Pendulum Monsters, the Pendulum Evolution Booster Box is perfect for any duelist with a penchant for Pendulum Summoning. This set includes the amazing Supreme King Z-ARC. It also includes a pair of extremely necessary Sorcerers that are easy to Summon and give a faster, easier way to bring out the Supreme King. 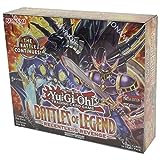 Can’t decide which cards you should be going after? Battles of Legend will certainly help you make your choice.

This Booster Box set combines some of the most requested cards from each of the Yu-Gi-Oh! Anime series. These cards were printed for the first time for this exact set of trading cards, and the set even includes cards from the newest Yu-Gi-Oh! series, VRAINS.

Battles of Legend was released with the idea that duelists could play around with the cards and themes of the past and present. It’s a great set to explore. 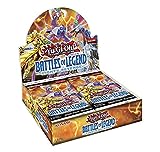 If you’re looking for Minerva, the Exalted Lightsworn, she’s here.

As if the first Battles of Legend Booster Box wasn’t enough, Light’s Revenge gives duelists even more cards to choose from. This set brings Lightsworn cards to players’ decks, while also ensuring that new starters can find a Booster set that works with their other cards.

Minerva, the Exalted Lightsworn made her first appearance since 2016 in this set of Booster packs. Originally, she was extremely difficult to find, but with Light’s Revenge, you’ll be sure to find her card to add to your deck.

How much does a Yugioh booster box cost?

The cost of a Yugioh booster box varies with the cheapest being around $50 but some as much as $80.

How many packs are in a Yugioh booster box?

There are 24 packs in a Yugioh booster box with 9 cards in each pack.

What are the chances of getting a mythic rare in a booster pack?

When the cards are printed 15 out of 121 cards are mythic rare giving you a a 1 in 8 chance of getting a mythic rare per booster pack.