Yu-Gi-Oh! is a franchise that has been around for two decades, which means there are hundreds of cards and a ton of Starter Decks to choose from. If you’re completely unfamiliar with the game, a Starter Deck is exactly what you need and here is a round up of the top ten. 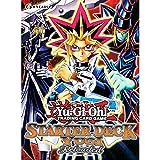 Get this deck if you want basic Duel Monsters training.

The original duelist gets his deck updated in this Reloaded version of Yugi’s deck. The Reloaded Starter Decks was released in 2013, with the aim to give duelists a fresher take on the original decks that were available.

Kaiba’s deck is also available, but with Yugi’s, you’ll receive a taste of old school dueling without the complicated tactics. It’s a nostalgic deck for any older duelists. And yes, this deck does include Yugi’sfavorite card, the Dark Magician, as well as Kuriboh.

This deck is for duelists who don’t want to be confused and also want to play the older version of the game.

Released alongside Yugi’s Reloaded deck, the Kaiba Reloaded deck includes the cards he used in Season One of the Yu-Gi-Oh! Duel Monsters series. Both Reloaded decks were made to be evenly matched, so it’s up to the duelist to strategize a way to win.

Kaiba’s deck does include two Blue-Eyes White Dragon cards, and considering that the third Blue-Eyes was with Yugi’s Grandfather during the introduction of Season One, we can see why Konami have done this. You could always add in another Blue-Eyes yourself.

Duelists who want a deck that’s a step above basic, with some fantastic cards, should try out the Elemental Heroes of Jaden’s deck.

The Elemental Heroes are a classic for any Yu-Gi-Oh! GX fan. Jaden’s deck contains cards that are easy to use and understand; great for new players who are a fan of the anime. This deck is a little different to the 2006 Starter Deck which also included Elemental Heroes like Sparkman and Burstinatrix.

The main changes are the additions of some vital Spell and Trap cards, as well as more of the Elemental Heroes. This deck doesn’t include any Fusion Monster cards, but a starter duelist likely won’t be using those straight away.

This deck offers an introduction to this series of Yu-Gi-Oh! trading cards, including Synchro cards; without dropping you into confusing dueling tactics.

For the duelist who wants to start playing with a little more than basic knowledge, this Yu-Gi-Oh! 5Ds Starter Deck is for you. The Duelist Toolbox includes Rapid Warrior, Synchron Explorer, and Junk Destroyer;as well as over cards used by Yusei Fudo from Yu-Gi-Oh! 5Ds.

This deck is a step-up from the 5Ds Duelist Toolbox, for the new duelist looking for a little bit of a challenge.

Unlike many other Starter Decks, this deck includes two Ultra Rare cards and three Super Rare cards – perfect for anyone looking to become a collector as well as a player. This deck uses most of Yusei Fudo’s cards.

If you’re looking for a Synchro Monster deck, this is the one for you. Synchro Summoning brought to life more complicated summoning tactics after the first Yu-Gi-Oh! Spin-Off (Yu-Gi-Oh! GX) finished.

This Starter Deck includes a Beginner’s Guide, as most do, but it’s also good for those who want to learn more novel dueling strategies.

For those who watched Yu-Gi-Oh! a few years ago, things changed when the Zexal series came out, and the new trading cards were released. Zexal highlighted the black XYZ Monster cars, which didn’t have levels, but Ranks that were located on the left side of the card. To XYZ summon, a player needed monsters with levels equal to the Rank of the XYZ Monster card they wished to summon.

V for Victory is for duelists looking to get into XYZ cards, which are some of the most effective cards in Yu-Gi-Oh!

This is an interesting Starter Deck. Konami has named it a “Super Starter” deck, which allows you the freedom to customize your cards and figure out what you want to do with a deck of more recent cards. This deck is supposed to be paired with the “Power-up” card packs, which come with five cards from the 15-card set.

This Super Starter Deck enables you to learn XYZ Summoning while also having access to Utopia cards. This combination will help you focus on gaining attack points while draining your opponent’s monster’s attack points. You’ll be used to your Extra Deck cards by the time you’ve learned how to use V for Victory.

Another Super Starter Deck, but one that is based around Yu-Gi-Oh! Arc-V, which aired after Zexal. This series introduced Pendulum Monsters and Pendulum Summoning – which is one of the more complex types of summoning to use.

In this deck, you’ll be able to use your Pendulum Monster cards in two different ways, and you’ll have a whole host of new abilities to play with. Enjoy two Super Rare cards in this deck: Stargazer Magician and Timegazer Magician.

If you’re looking into Pendulum monsters and want to start with a basic and well-known deck, Yuya’s would be great for you.

For a simpler Arc-V deck, the YuyaStarter Deck is perfect for any budding duelist. This deck also works well for more experienced duelists that are looking for a few new support cards for their regular deck. Yuya was the protagonist of Arc-V, and like all other Yu-Gi-Oh! series, their Starter Deck is available for a great price. This deck includes Performapal Sleight Hand Magician and many support cards to help a duelist along their way.

The newest deck for the latest duelists.

Last on our list is the Codebreaker Starter Deck. Codebreaker was released just last year (2018) and is often suggested to duelists who are coming back to dueling or just starting their adventures as a new player. This deck will introduce you to more modern dueling methods and help you get used to the cards as they are right now.

Codebreaker is all about Link Summoning and includes five Link Monsters for you to test your skills with; including the Ultra Rate Monster card, Transcode Talker. If you need some help with the newer Summoning mechanics, then Codebreaker is indeed the deck that you need to buy.

Alternatively, the Starter Deck “Link Strike” is also quite popular, though Codebreaker is newer. Both decks contain cards to teach you how to Link Summon. 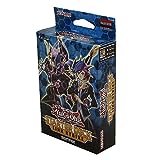 How much is a Yugioh starter deck?

Yuhioh starter decks are are as little as $6 on Amazon but usually cost around $10.

What is a Yugioh starter deck?

Yugioh started decks are pre-selected cards built around a characters deck from the series. These are great for beginners as they include a guide on how to play.

What is the difference between a starter deck and a structure deck?

As the name suggests a starter deck is for new players who are unfamiliar with the game. A structure deck is for more intermediate players.