We received over 10,000 submissions from James Bond fans keen to be awarded this dream job. We carefully reviewed the applications and it was tough to pick just one winner.

We are happy to announce that we have selected James Fichter as the best candidate to Get Paid to Binge-Watch James Bond Movies!

Sharing a first name with our hero, and born the same year as the first Bond film was released, James shared his passion for the franchise with us via a “007 reasons why.” James is a gadget aficionado, selling them through his retail website. He’s even co-created a James Bond style Credit Card Lock Pick.

We hope James Enjoys the next 30 days of Bond movies! 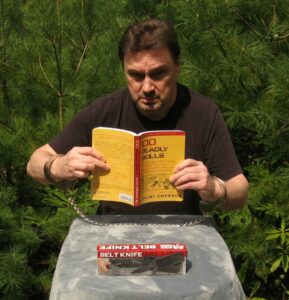 To celebrate the release of the 25th (official) James Bond film, No Time to Die, Nerd Bear will pay one super fan $1,000 to watch all 24 movies starting from Dr. No right up to Spectre. That’s over 51 hours of films, 6 different 007s, and too many martinis!

No Time To Die was due to be released in April but now has been pushed back to September 30 2021. I know. We’re disappointed too, but we hope this dream job will keep you going while you wait!

We’re looking for a James Bond super-fan who will not only watch the movies but will have to take notes too.

Applicants must be 18 years or older and a US citizen or permanent resident to apply for this job.

The winner will be required to watch all 24 movies and complete a simple worksheet over 30 days.

The films they will be watching are:

You will receive a $100 Amazon gift card to rent the movies (on Amazon Prime). On completion of the worksheet, you will also receive $1000 and a $50 AMC gift card so you can watch the latest release.

Thank you for your interest. This is now closed.

The rules of the competition and the prize for the winner are as follows:

I LOVE IT PLEASE CHOOSE ME JUST 007

It would a be a pleasure beyond all measure, for me to engage this exciting and atypical contest!

For Queen and Country