These snowmen have to be made perfectly, so it’s best to follow a guide when making them. Let’s start the snowball rolling and craft the most perfect Snowboy!

What Is A Snowboy?

Do you wanna build a snowman? You bet we’ll build one, but let’s get to know our snowy friend first. 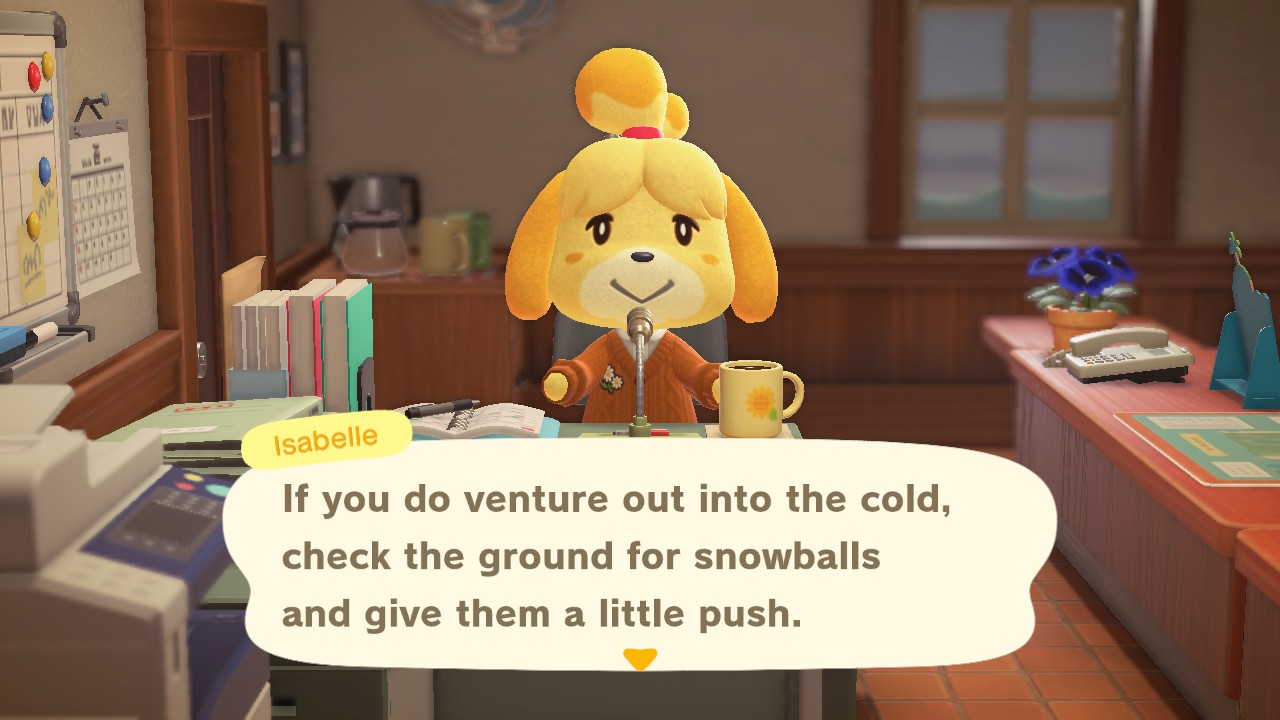 A Snowboy is a snowman you can make in Animal Crossing during the winter season.

When you see the ground totally covered in snow, which is around mid-December for Northern Hemisphere players and mid-June for our Southern Hemisphere friends, that’s when you know it’s Snowboy season! 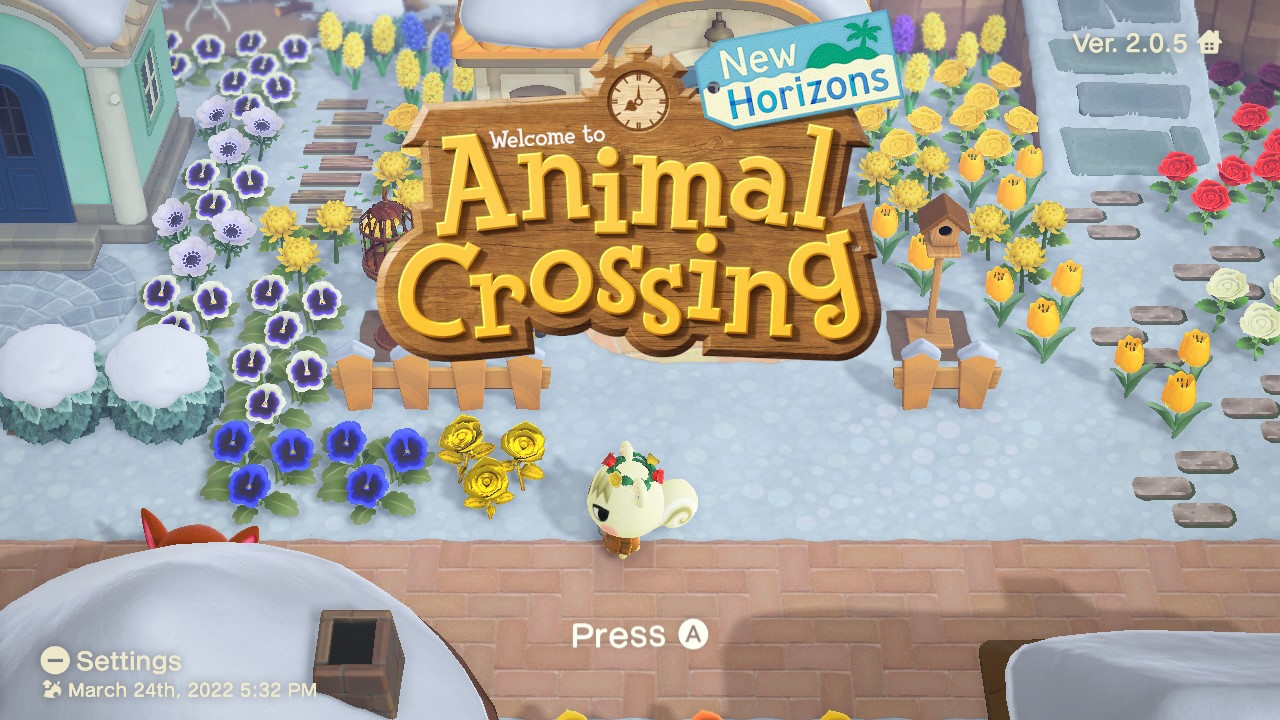 You make one by rolling two snowballs and putting one snowball on top of the other.

You can make Snowboys in any size—-a Snowboy with a big head, one with an itty bitty head, or even an absolute unit of a snowMAN. They’re all perfect in my eyes, no matter what they say. 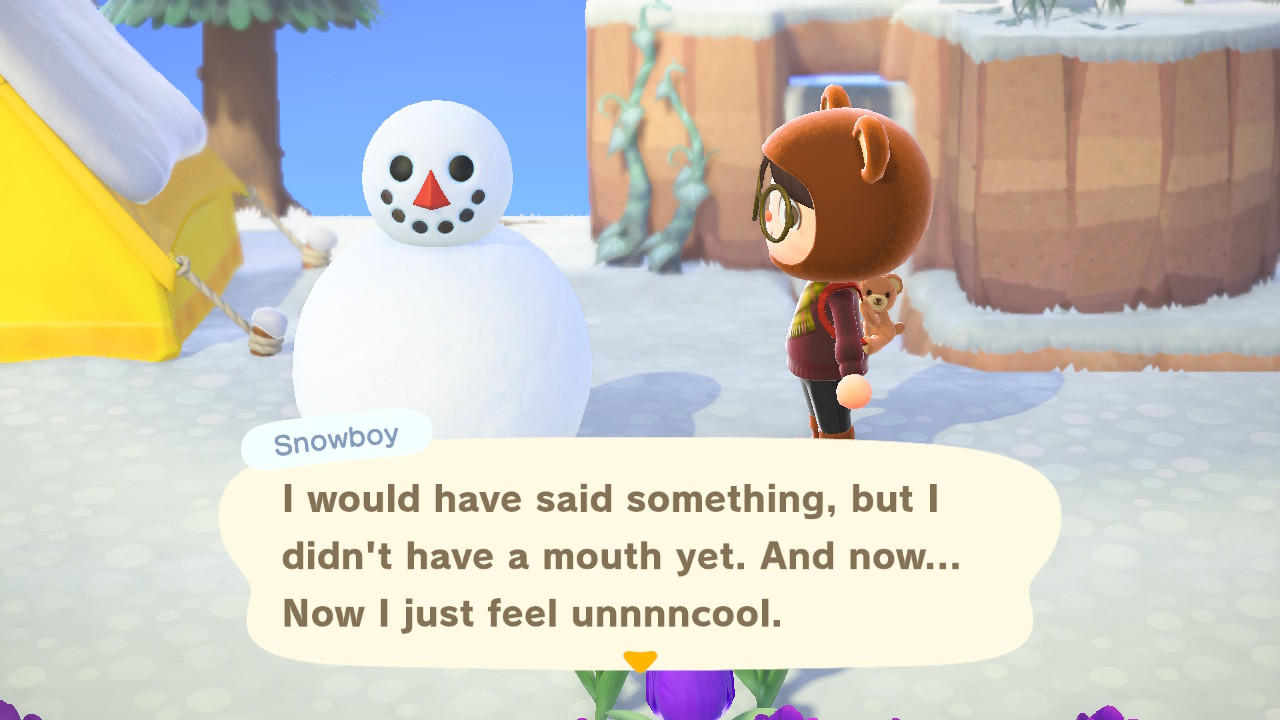 But to get a Snowboy DIY recipe, you have to make the perfect Snowboy. The head and body must be in the right proportions. This can get a little tricky since any slight deviation from the right size will make him say he’s not amazing.

Once you’ve created a perfect Snowboy, talk to him, and you will get a recipe and a Large Snowflake.

Snowboys last for four days, and every day they will give you one Large Snowflake. You use these snowflakes to craft Snowboy DIY recipes. 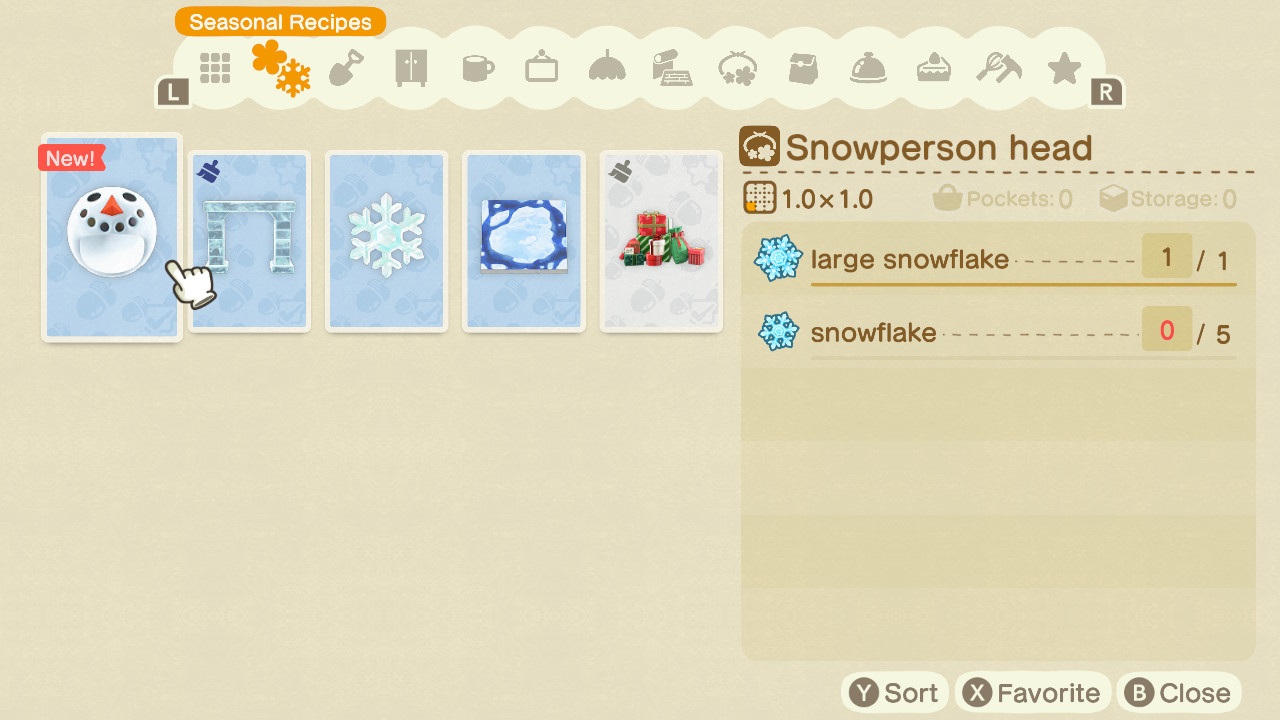 3 Steps To Make a Snowboy

You will need two snowballs to make a Snowboy. Snowballs are usually found in areas on your island with a lot of open space.

Roam around, and when you find one, the other one should be nearby. 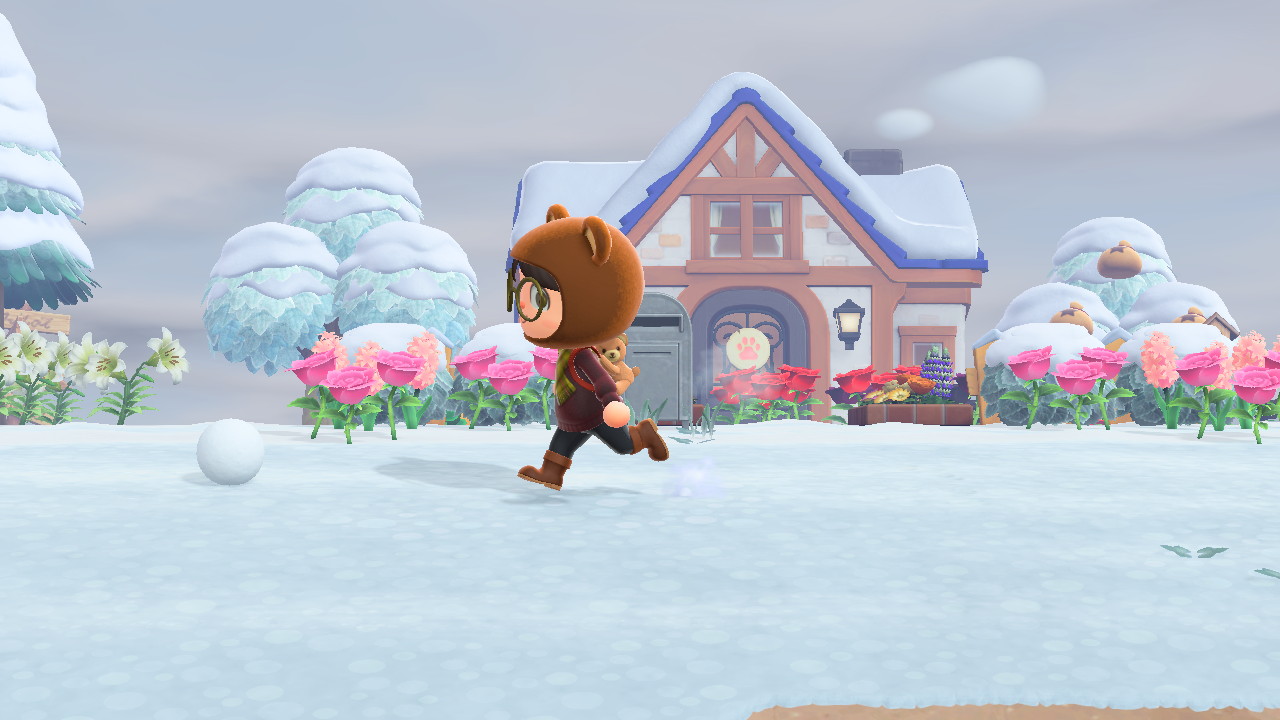 IMPORTANT NOTE: Make sure your airport’s gate is closed because snowballs won’t show up during online play.

If you can’t find the other snowball, check behind flowers and plants.

Start rolling the snowballs on the snowy ground. All you have to do is go near it and just nudge it when your character is near using the left joystick. You’ll kick it, and the ball should start rolling and increase in size. 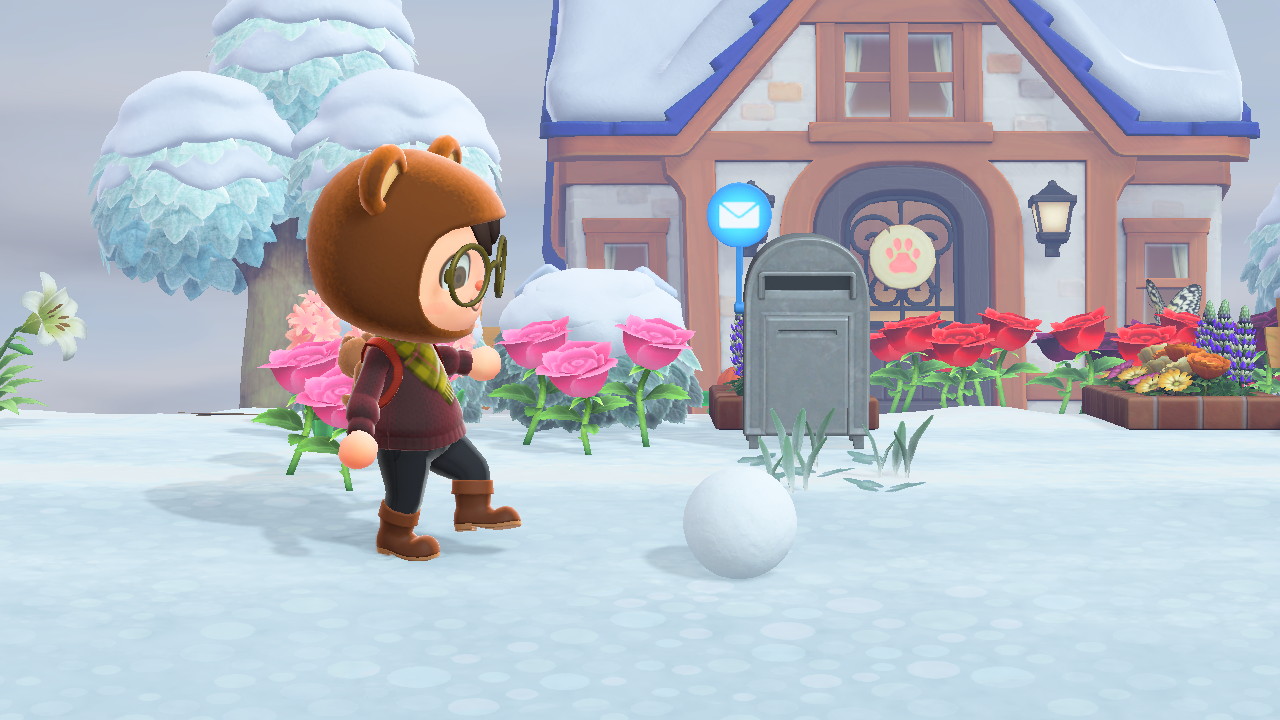 IMPORTANT NOTE: Be careful when rolling because you can destroy a snowball! But don’t worry when this happens.

Just go inside a building or house to make it respawn. You do have to roam again to find it, though.

Once they become noticeably big, they will be a bit harder to push. TIP: Roll them on the snowy ground. If you roll them on paths and such, they actually lose size.

Keep rolling until you get the size you want for your snowballs. 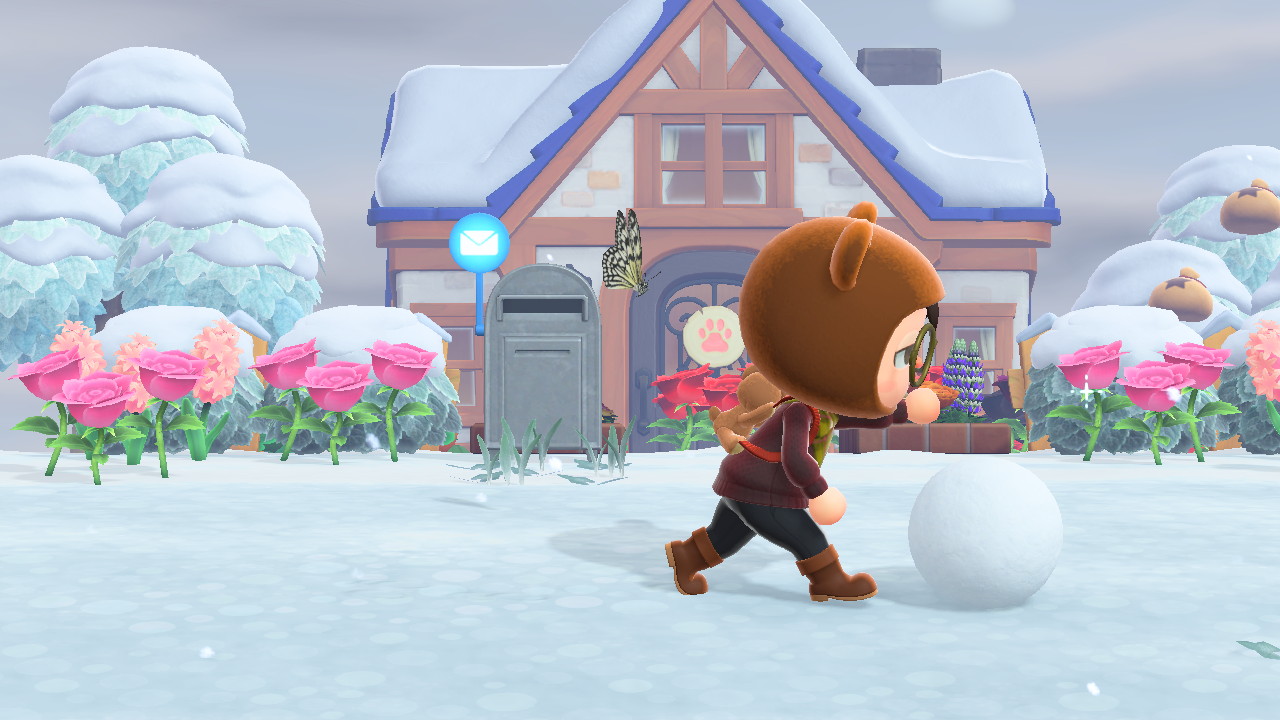 Step 3: Put the Two Snowballs Together

Now that you have two properly rolled snowballs, it’s time to stack the two together. You can’t carry or pick up snowballs, so you will have to push them some more.

Push one of the snowballs towards the other. The snowball you’re rolling will immediately stack itself onto the other snowball when they’re close enough. 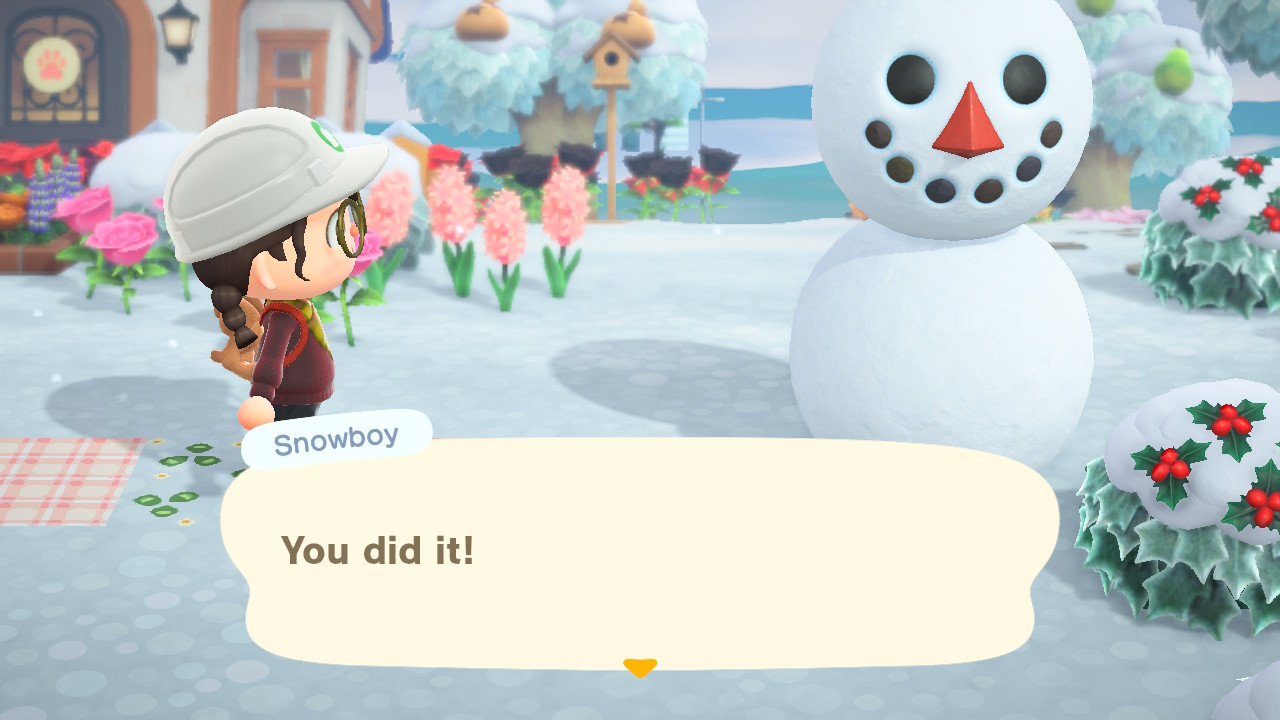 And now you have a Snowboy! Say hello to him before he melts.

IMPORTANT NOTE: Your island can only make one Snowboy per day. If you have other residents on your island, you can take turns making Snowboys. You can make Snowboys until February.

Bonus: How To Make the Perfect Snowboy 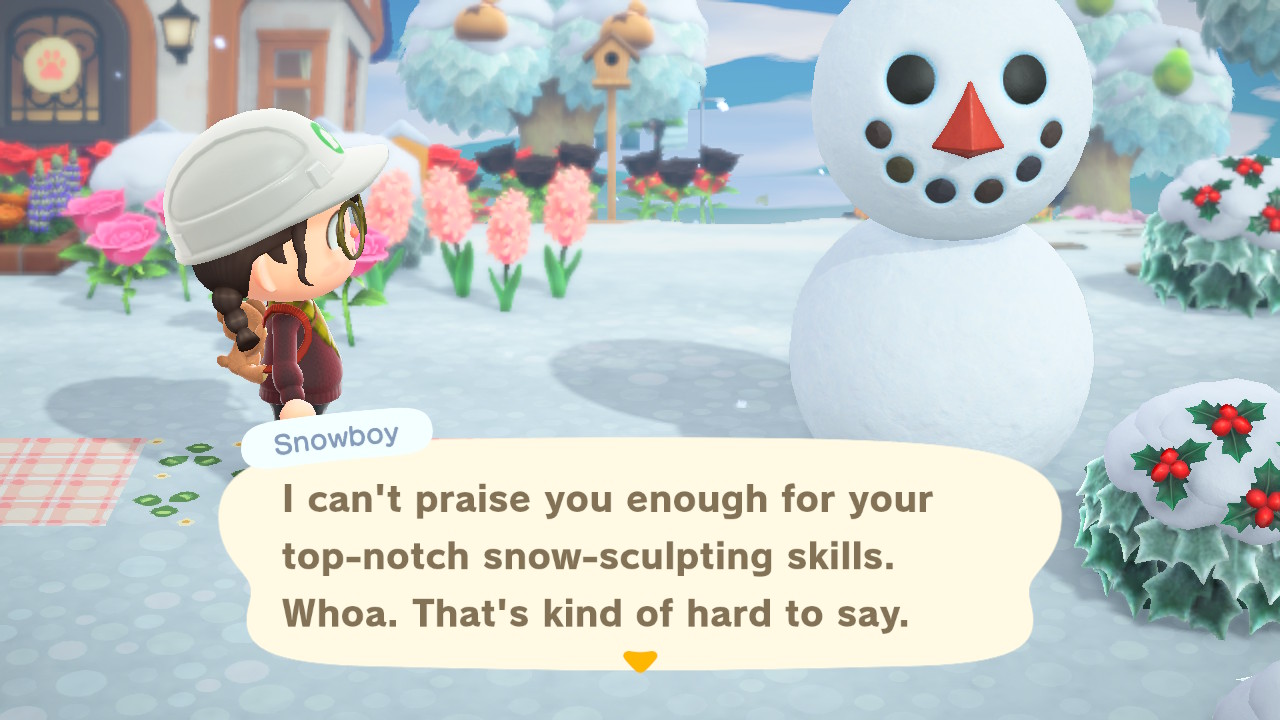 Only Snowboys in perfect proportions can give you special gifts.

Getting the right size for the snowballs can be a bit tricky and involves a lot of guesswork, but there is a simple trick to it shared by these kindsouls. 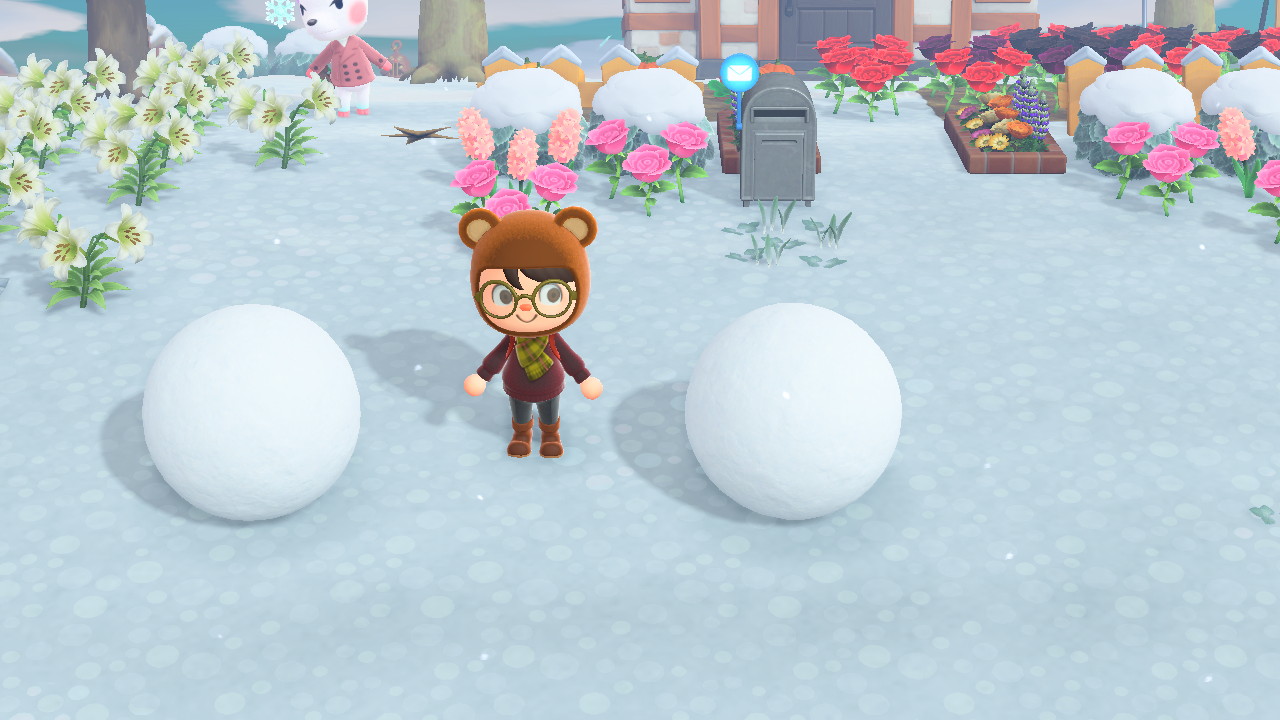 First, roll your two snowballs to their max size. You’ll know it’s maxed out when your character struggles to push. 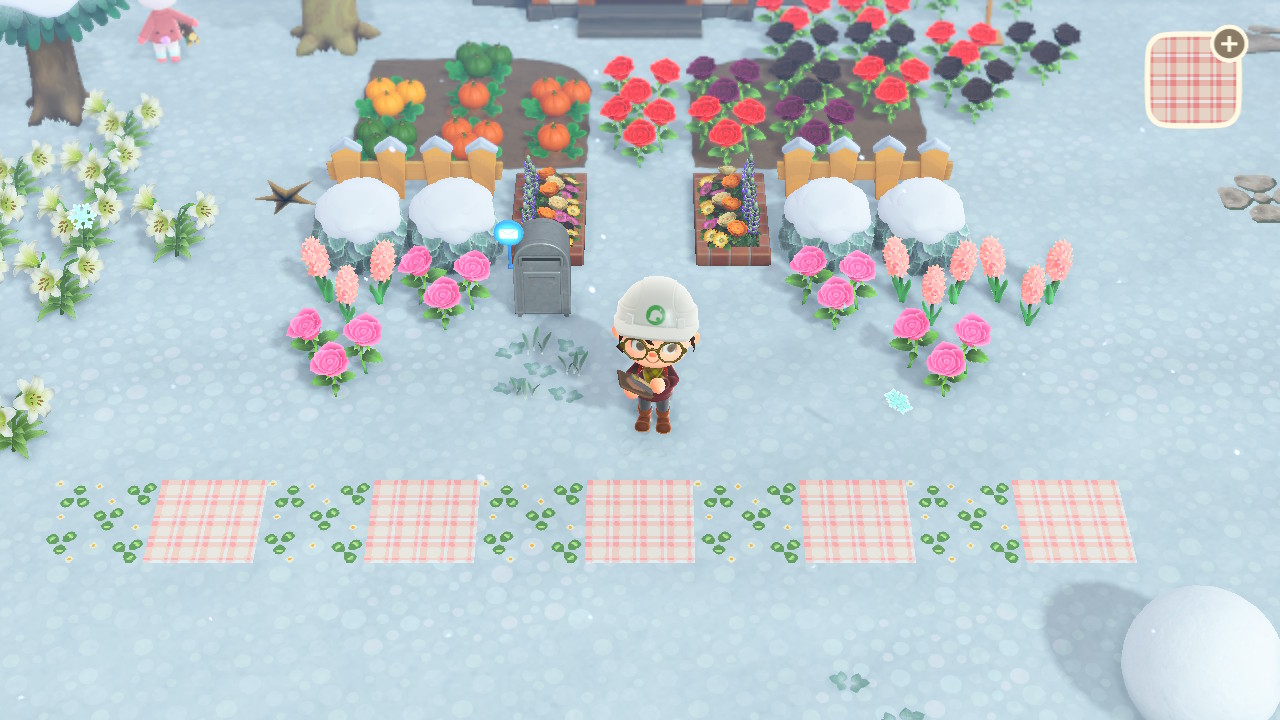 Next, place markers on the ground for 10 tiles in a horizontal line. You can use any custom design that stands out on the snowy ground to help you see. 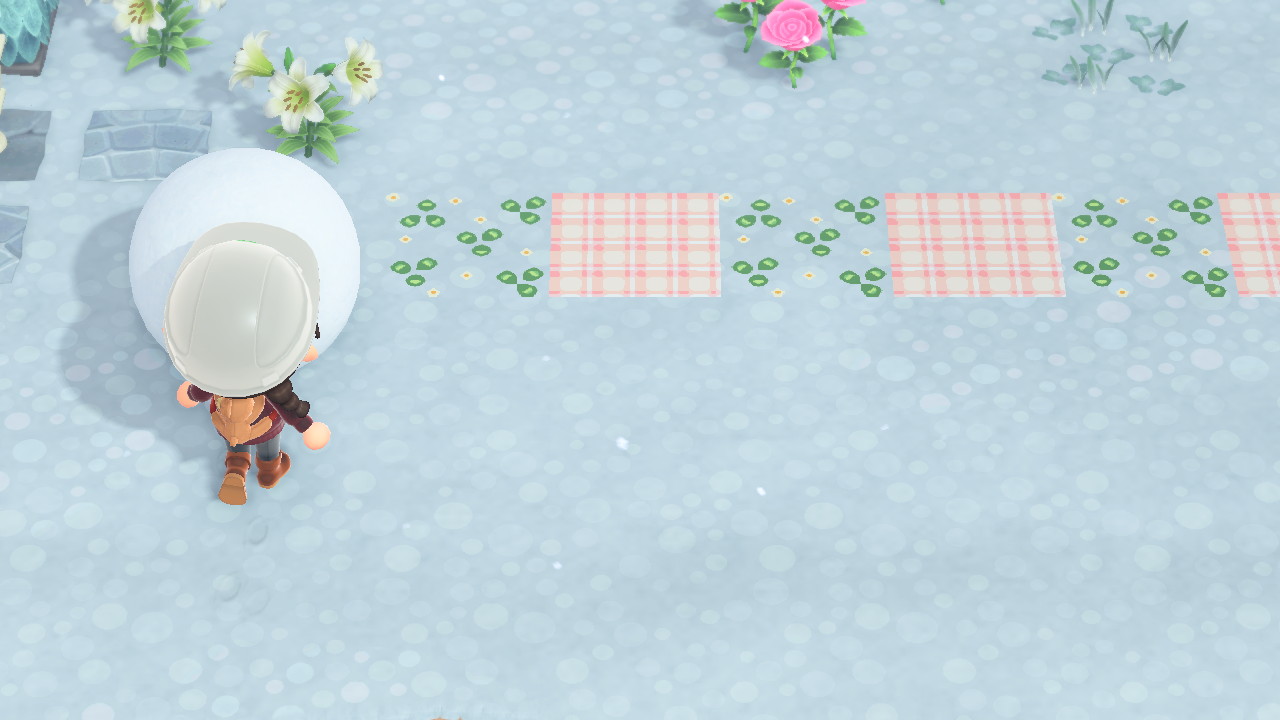 This will make the ball decrease in size from its max size and become the right proportion for the Snowboy. Once they stack, it should be perfect. 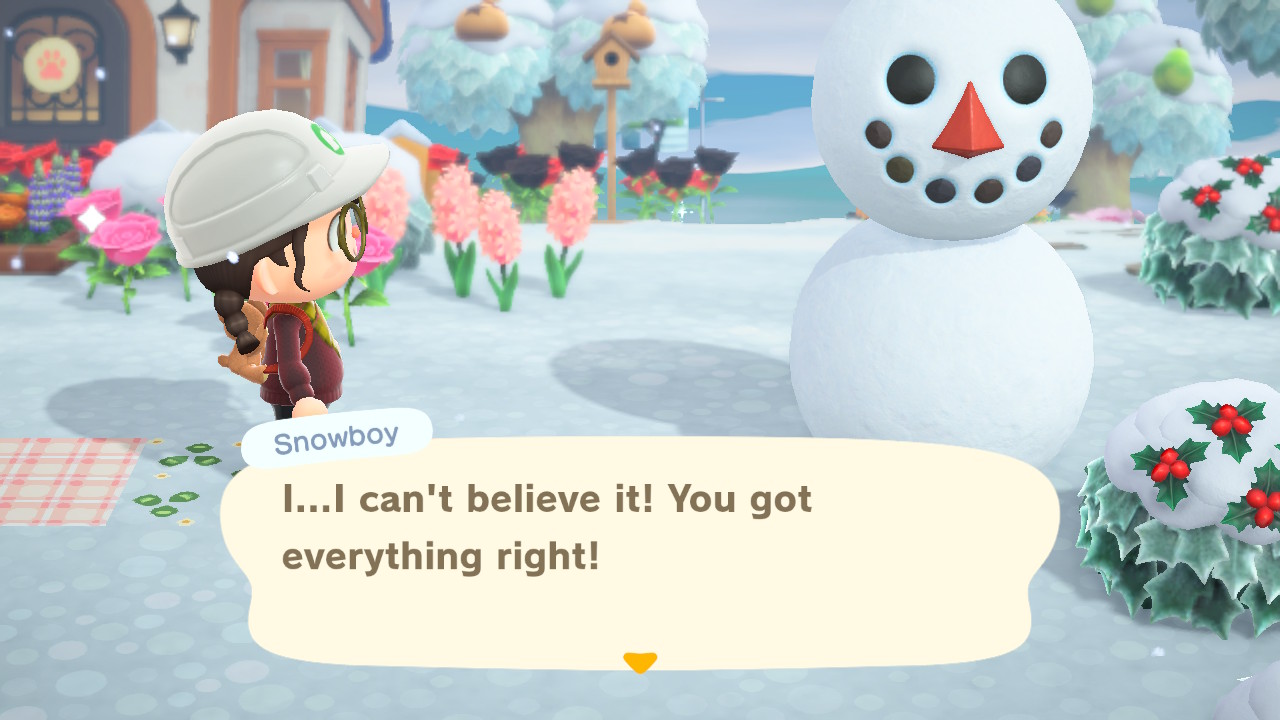 Some people measure the sizes of the snowballs, but this seems to be the easiest method to make a Snowboy in the game. 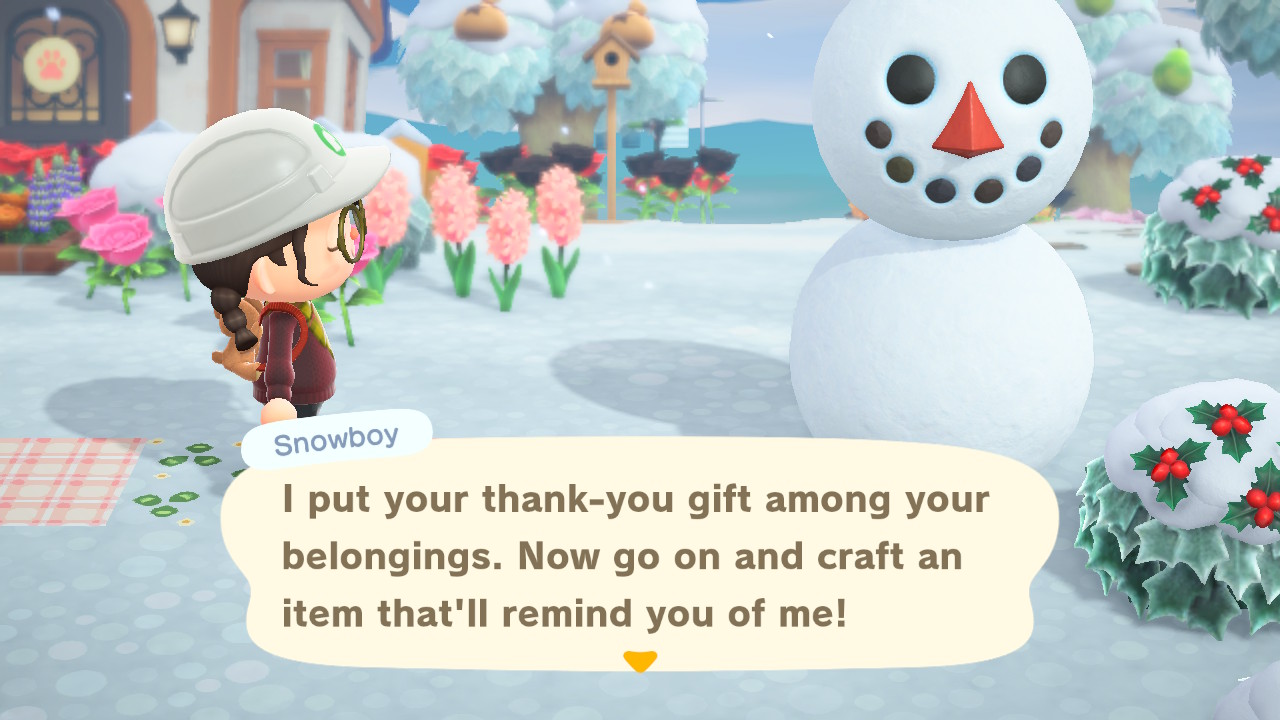 And that’s it for Snowboys! Go forth and make a bunch of them this winter. Enjoy your island’s snowy wonderland with your new cool friend!