Cross-platform gaming is becoming increasingly popular. Lots of new releases are adding cross-play features to allow gamers to play alongside and against friends on other devices.

Unfortunately, lots of older games remain stuck to their primary console with little to no ability for cross-play.

But is this the same for Conan Exiles? Unfortunately, Conan Exiles doesn’t have cross-platform capability. But it does have cross-generation abilities.

Can You Play Conan Exiles Between Xbox Series X/S and X Box One?

Many people still don’t yet have an Xbox Series X/S. This is due to a combination of availability and cost.

Luckily for fans of Conan Exiles, cross-play is possible between Xbox Series X/S and Xbox One owners, so nobody gets left behind.

Also, for those Xbox One owners who are concerned about their save files when moving over to an Xbox Series X/S, you can very easily transfer the save files over so you don’t have to start again and lose your hard work from the past.

There are a few fundamental differences between the older Xbox and the newer one.

Players on the Xbox Series X/S will get better graphics, more fps options, and overall smoother gameplay, but I’m sure that you already knew that!

Can You Play Conan Exiles Between PS4 and PS5?

The PS4 and PS5 are the same as Xbox One and Xbox Series X/S in the fact that you can play cross-generation, so if you own a PS4 then you can play Conan Exiles with your friends who own a PS5.

It is also possible to transfer your save data from the PS4 to the PS5 if you decide to go for an upgrade so you don’t have to start over.

Can You Play Conan Exiles Between Xbox and PlayStation?

Unfortunately, there’s no cross-platform ability between Xbox and PlayStation consoles. This isn’t to say that it’s not possible. I’m sure you know of plenty of cross-platform games out there like PUBG and No Man’s Sky.

So, maybe in the future the creators may implement some cross-play abilities between Xbox and PlayStation.

Can You Play Conan Exiles Between PC and Console?

PC to console has always been tricky as it’s near on impossible to bring balanced gameplay between the two. There’s no cross-platform ability between PC and console as of yet.

Will Conan Exiles Ever Have Cross-play abilities? 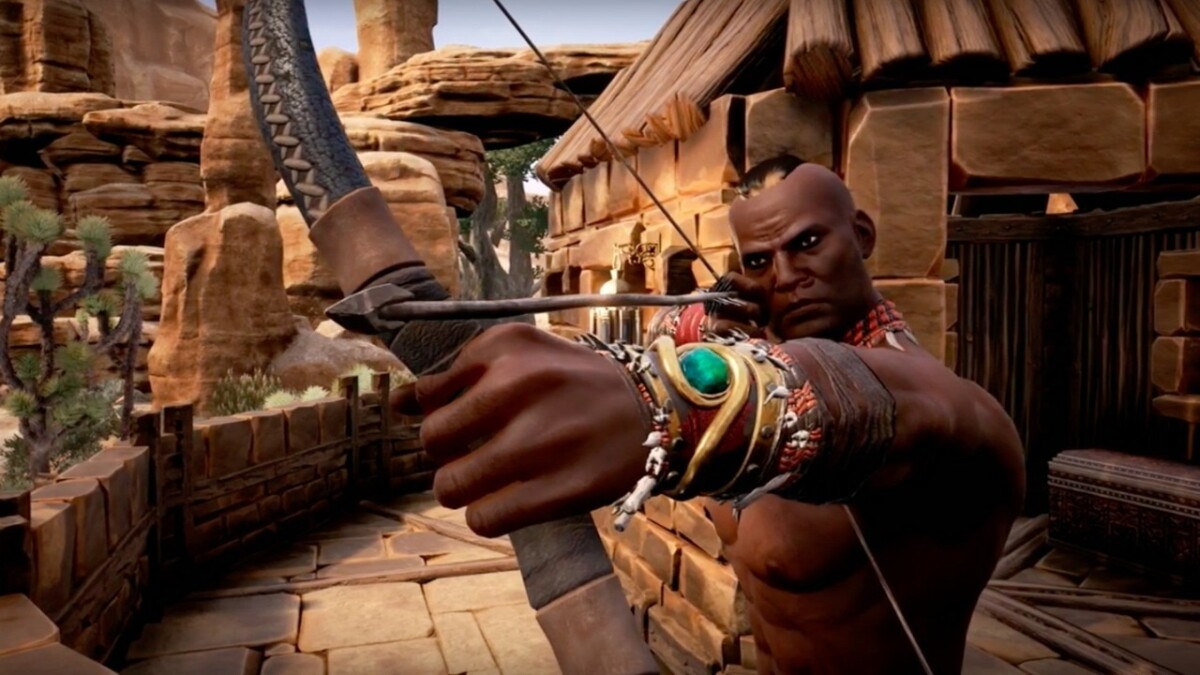 While nothing is set in stone, that doesn’t necessarily mean that Conan will never become a cross-platform game.

Even today, several years after the game’s initial release, Conan Exiles is getting regular updates.

These updates consist of improvements and bug fixes, so there are devs still working on the game.

But for now, all we can do is keep our ears to the ground and hope.

However, if cross-platform abilities were brought into Conan Exiles, then the chances are this would apply to PlayStation and Xbox and not console to PC.