Stardew Valley is a popular farming simulation game that was released back in 2016. Since its conception, the game has swept across various gaming platforms; including PC, Android and iOS, and the Nintendo Switch.

It is a game that you can buy for basically any newer console and is loved by many for its idle game style that is still immersive and enjoyable. One of the best features of the game is the background music that changes with the passing of each season; it’s a comforting game to play, completely mellow, and great for all ages.

If you’re not ready to move on from the game, don’t forget to check out our guide to Stardew Valley mods.

But, of course, there are hundreds of simulation games out there – and quite a lot of them cater towards real-life simulations, such as farming. And so, without further ado, here is our list of the top 10 best games that you can find which are like Stardew Valley! 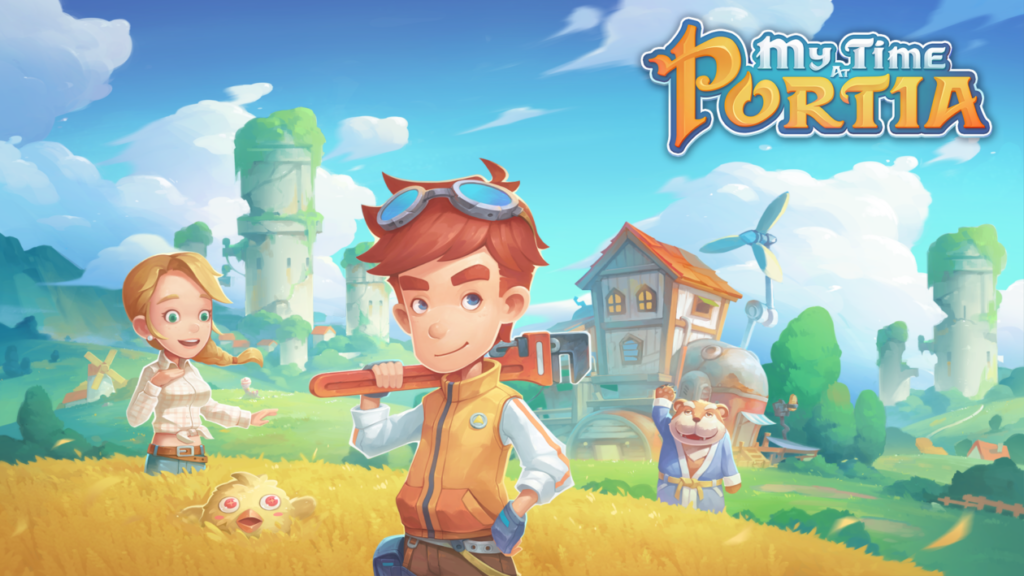 Like Stardew Valley, My Time at Portia is immersive and much of the game is based around farming activities. Many players feel that My Time at Portia is a little grindy to get into (meaning that you’ll feel like it’s taking forever for you to advance in the game, and you might be doing a lot of the same tasks for a while), but it’s worth it once you reach a steady point in the game.

It’s not all farming, and there’s a great community of other residents in the game that you can befriend for their help.

My Time at Portia is available on Nintendo Switch, PlayStation 4, Xbox One, Microsoft Windows, and Mac. 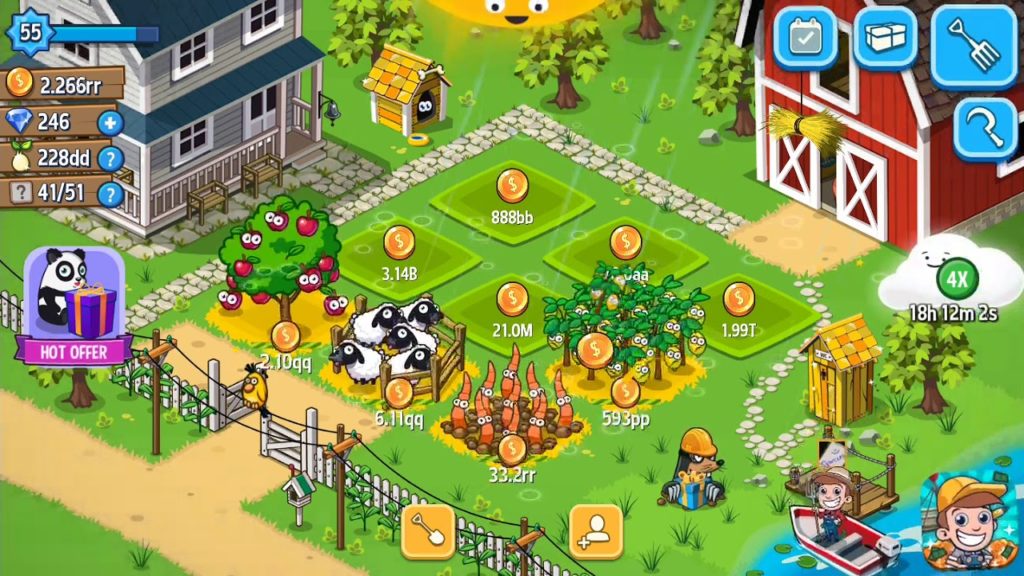 Next on our list is Idle Farming Empire. You guessed it, it’s an idle game, but this cartoony wonder is free to play, and you don’t actually need to make any in-app purchases to progress further in the game. The style of the game and its quick pace makes it fun to play; plus, you can automate your farm to work while you aren’t playing or paying attention.

Idle Farming Empire is available on Android and iOS.

World’s Dawn is a little rougher to play than Stardew Valley, but it feels a lot like our beloved farming game and has many of the same features. Just like in Stardew Valley, you can grow your crops, sell them, go to festivals, and befriend the other villagers.

World’s Dawn is a tad quirky – mostly because of the aspect ratio of the game – but otherwise, your goal is the same: fix up the village and make it look alive again. The only downside if that you can’t really change the layout or style of your farm much, but for a game you can buy for less than £7/$10, you can’t expect too much. It’s a cute little game to play. 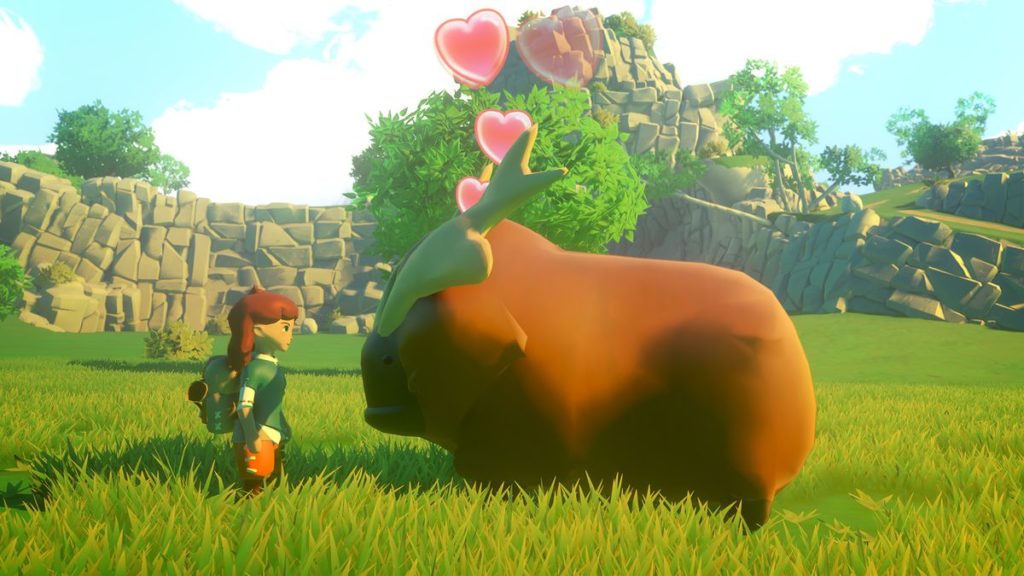 Aesthetically, Yonder: The Cloud Catcher Chronicles feels just like a Legend of Zelda game. It’s beautiful, even with the lack of a storyline.

The quests that you complete are just like the ones you would see in Stardew Valley, with the addition of crafting, cooking, and fishing missions to finish alongside your farming tasks. There’s more variation in tasks within Yonder; making a game that keeps growing with you as you play more of it.

Yonder: The Cloud Catcher Chronicles is available on PlayStation 4, Nintendo Switch, Microsoft Windows, and Xbox One.

6. Farm For Your Life 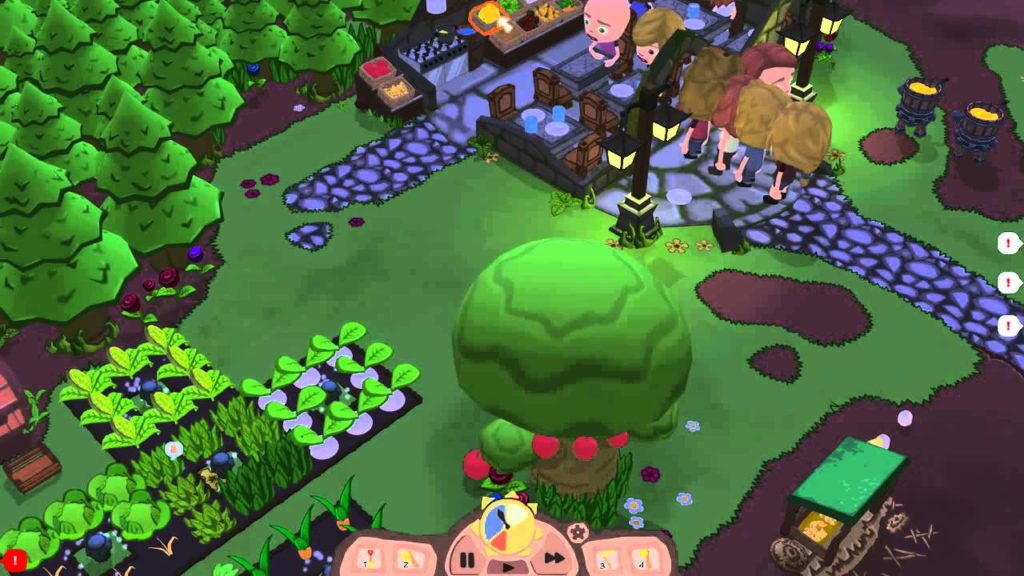 Several different games all rolled into one, Farm for your Life is a game about defending your growing farm from zombies. But you also need to fit in some time to run your restaurant, too!

Farm for your Life is available on Microsoft Windows, Linux, and Mac. 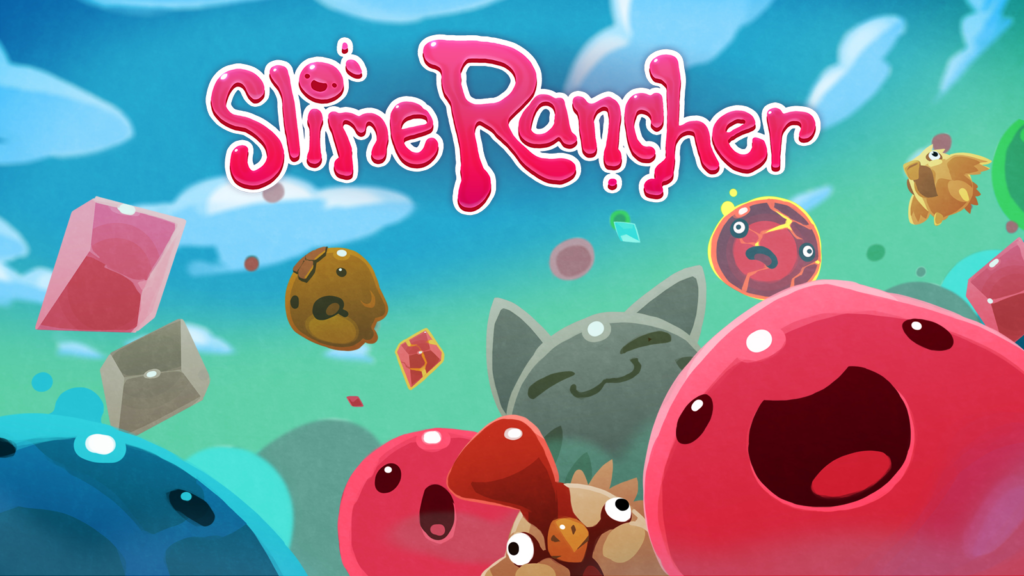 A different kind of farming, for sure. Slime Rancher is available on PS4, Xbox One, and PC. Harvest and collect plorts from the bouncing and colorful slimes that exist all over the map. Build hutches for your Slimes, feed them, keep them happy, and watch more and more plorts come your way!

It’s definitely not the same picturesque farming you’re used to from Stardew Valley, but it’s fun to play and very entertaining to watch the slimes bounce around. Until they start flying out of the top of your hutches and piling on top of each other to escape. That’s the annoying part.

Slime Rancher is available on PlayStation 4, Xbox One, Microsoft Windows, Mac, and Linux. 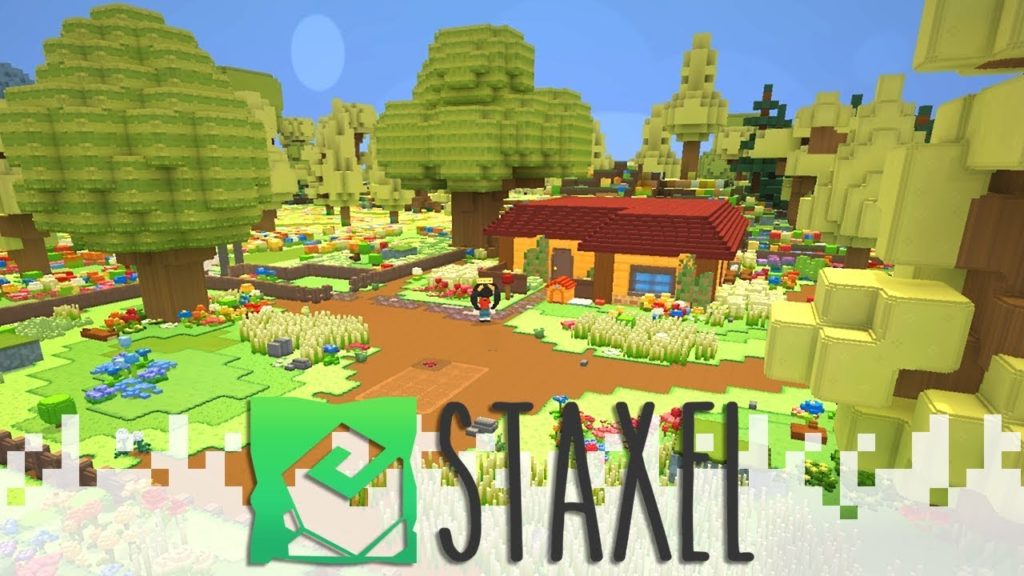 Minecraft meets Stardew Valley in Staxel: a block-formed roleplaying game in a colourful world of squares and cubes. It’s essentially the farming mod of Minecraft, but in its own game. Arguably, the best part of this game is the friendly dog that you’re given near the start of the game that you can pet!

Staxel is available on PlayStation 4, Nintendo Switch, Xbox One, and Microsoft Windows. 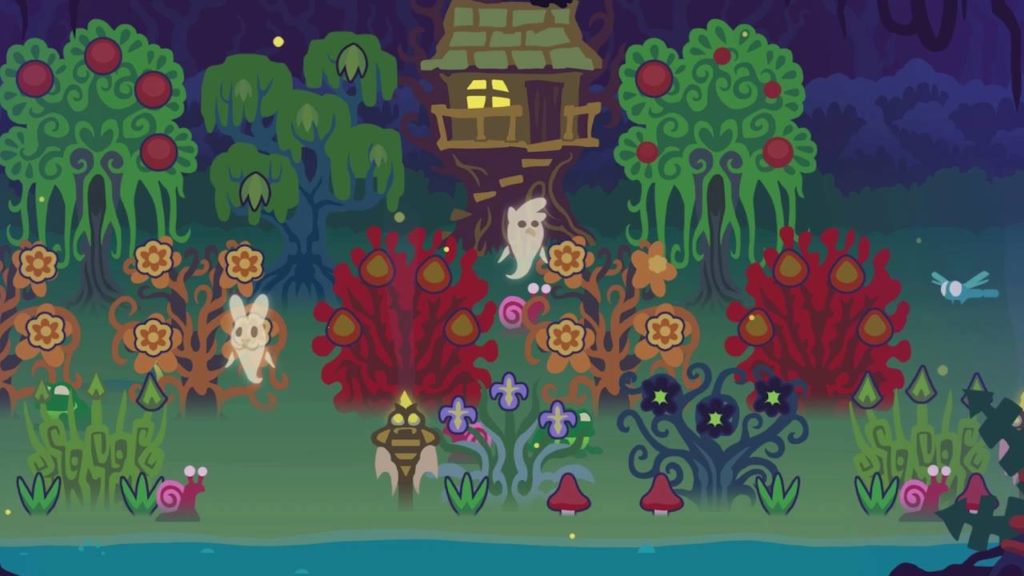 For a simpler kind of Stardew Valley that has completely cut out all of the effort of the game, Voodoo Garden is exactly what you’re looking for. For this game, your goal is to build your garden to use the things you grow in potions.

There’s a slightly creepy side to this game, what with some of the produce you can grow being frogs’ legs and the like; but it’s all good fun. It’s a clicker game that shows the darker side of the farming genre. You can get help from the ghosts of the animals, too – but not when it rains in-game.

2. Story of Seasons: Trio of Towns 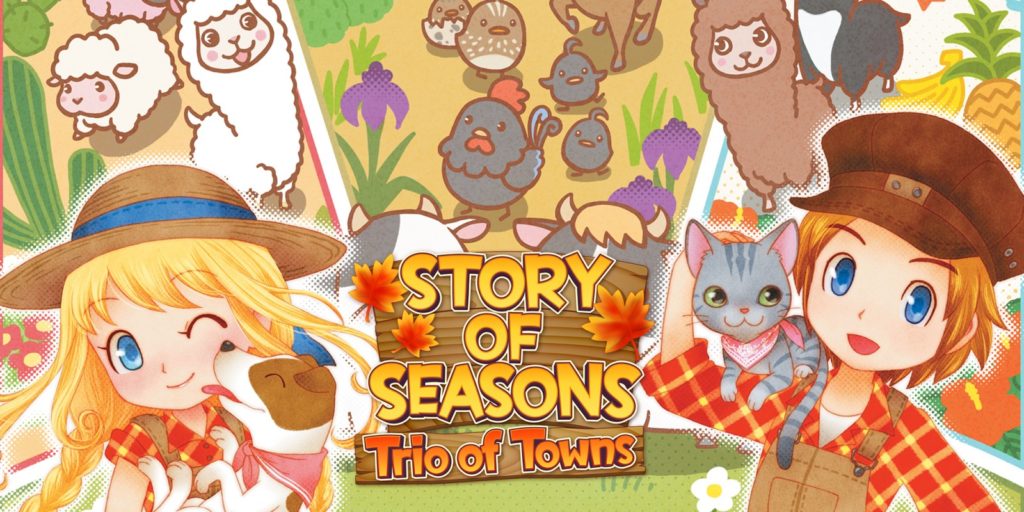 Looking for a Harvest Moon game to play? There’s one right here! Story of Seasons: Trio of Towns was the last of the Harvest Moon series, being the 13th game for handheld consoles that has been released under the franchise. There have been several spin-offs since its release, but this Nintendo 3DS game is perfect for fans of Stardew Valley.

Because it’s been a couple of years since it was released, you can probably find it preowned online for a decent price. Trio of Towns is very cutesy as a game, allowing players to start out their story as young, new farmers who grow to own successful farms.

Story of Seasons: Trio of Towns is available on Nintendo 3DS. 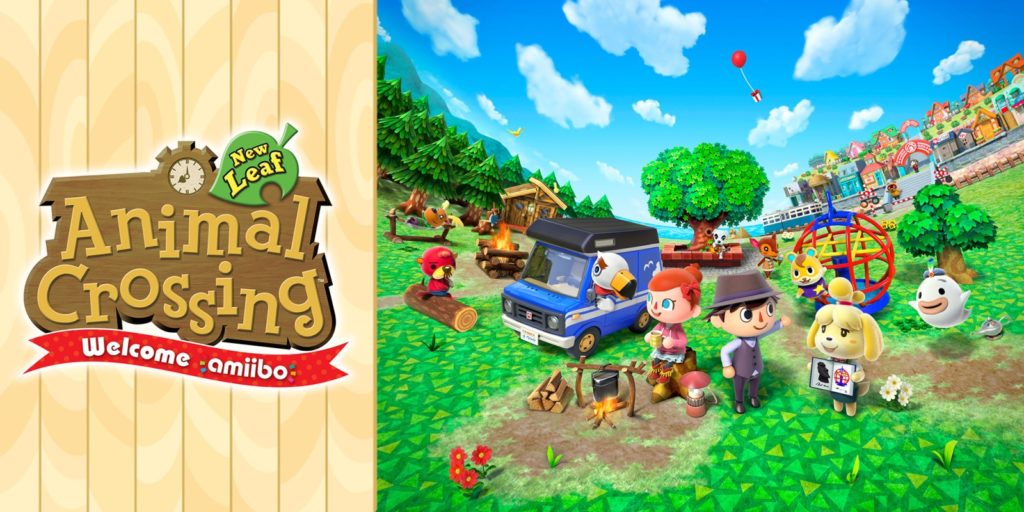 Our last and honorary mention for this article: Animal Crossing: New Leaf. It’s not quite all about farming, because all you can plant is trees and flowers, but you can harvest different fruit and cross-pollinate the flowers to create new colors.

New Leaf was the last of the Animal Crossing series that focused on being a simple mayor and beautifying a village’s environment.