You’ll encounter a great many dangerous foes in your fight to drive the Mongols out of Tsushima, and needless to say, you’ll need to suit up for it.

There are 11 sets of armor available to the player in Ghost of Tsushima, and each one of them has its own particular effects and advantages. Precisely which ones you ought to wear is very much dependent on precisely what playstyle you’d like to go for in the game.

Below, we’ve detailed each one of the game’s available armor sets and ranked them from worst to best, to help you figure out which ones are right for your particular approach to the game. 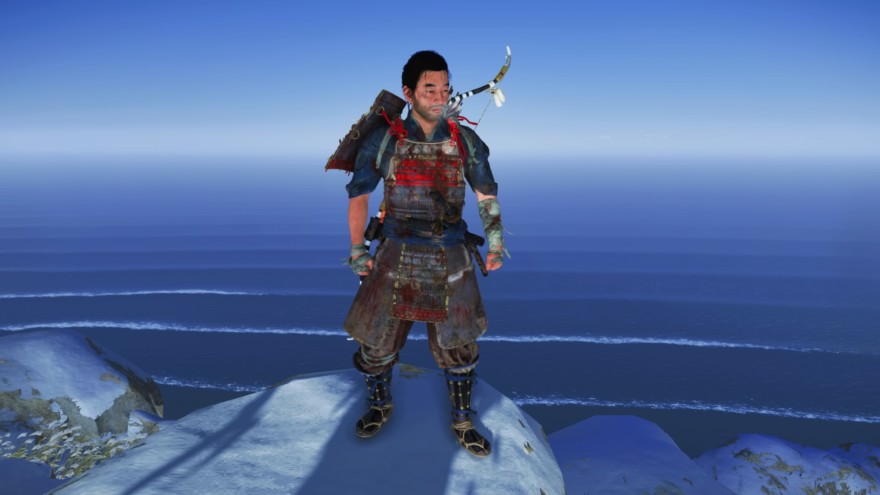 We’re really just including this one for the sake of completeness; it’s the armor that Jin starts the game with. As the name implies, it’s a broken set of samurai armor with no bonuses, no upgrades, and no dyes. In other words, this one will be immediately inferior to whatever set of armor you first come across. Unless you have literally no other set available, there’s no reason to wear this one. 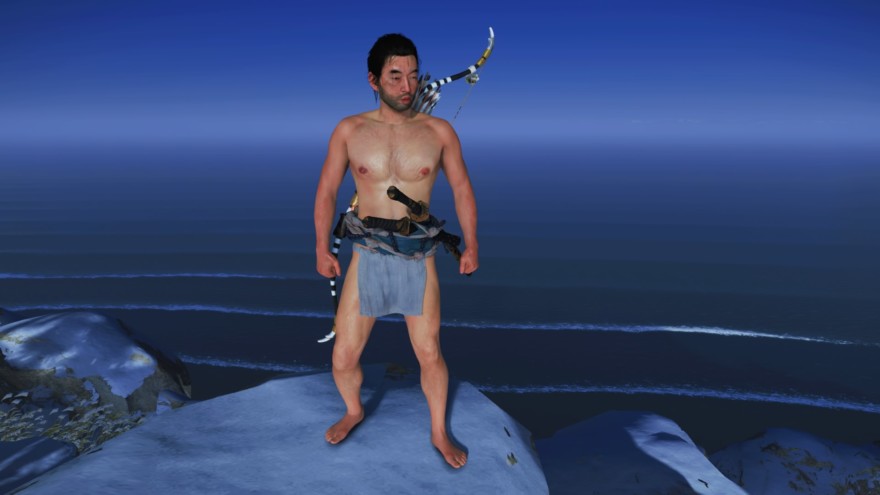 Alright, this is technically just joke armor (it literally just consists of traditional underwear from the time), but this very skimpy set of armor does have the advantage of causing the player to make no noise while they move, even when sprinting.

It’s actually surprisingly useful for players who prefer a more pacifistic approach and would rather sneak past danger unnoticed than face it.

The player is rewarded with the fundoshi after they’ve rested at all 18 hot springs on the map. 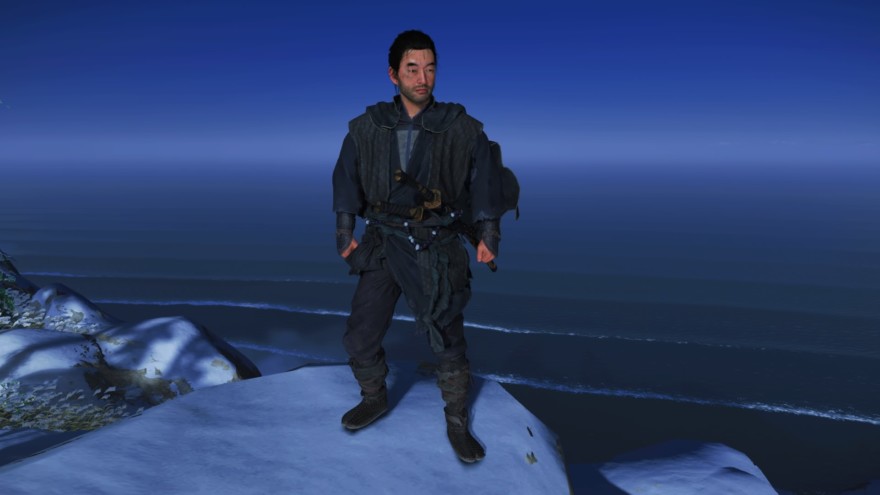 This game’s version of the island of Tsushima might not be as big as the real one. However, it’s still an expansive place (a bit bigger than the real-life island nation of Tuvalu, according to calculations) with numerous landmarks and some very rugged terrain.

Once you get far enough into the game, all of it is open for you to explore as you wish. A great many players choose to focus not on the game’s extensive combat system, but instead purely on exploring the island, discovering its many secrets and appreciating the detail with which the lush landscape is rendered.

For these players, the Traveller’s Attire is perfect; it has no benefits for combat, but as its name implies, it’s great for exploration. Exploring while wearing Traveller’s Attire clears 30% more fog of war, letting you map out the island quicker, and the controller will vibrate when you’re within 60m of an artifact, making your search for secrets a lot more efficient.

You receive the Traveller’s Attire early in the game (it’s given to you by the merchant on the side of the road by Hiyoshi Springs at the start of Act 1), so even if your particular playstyle isn’t exploration-heavy, it can make for a handy way to get a feel for the immediate area when you first start exploring. 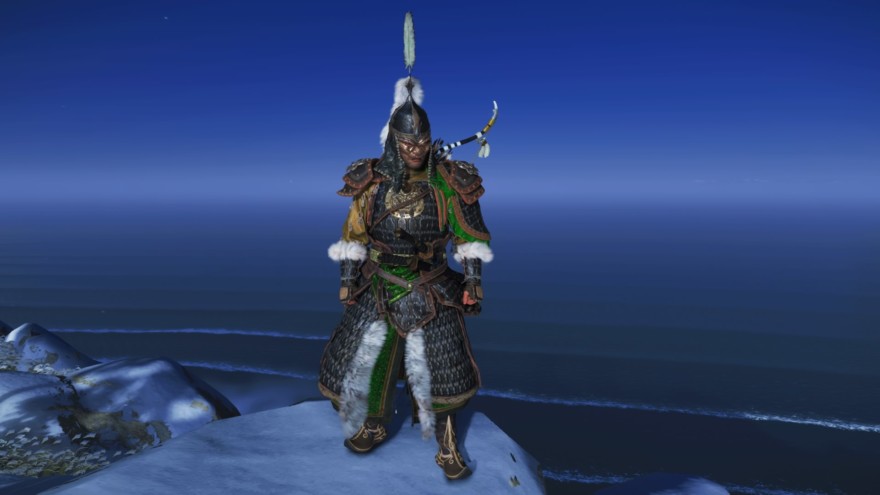 The Mongol Commander’s Armor is a decently defensive set (it boosts your health considerably and reduces damage) with a unique perk: it disguises Jin as a Mongol, greatly reducing the speed at which Mongols can detect your presence.

It doesn’t have much in the way of other stealth-related perks, but it could still be used to slip past a Mongol patrol or get the drop on an unaware encampment if the player is sufficiently strategic.

The Mongol Commander’s Armor can be obtained by completing the “Fit for the Khan” side-tale, which is provided by the blacksmith found in Jogaku Temple in Act 3. 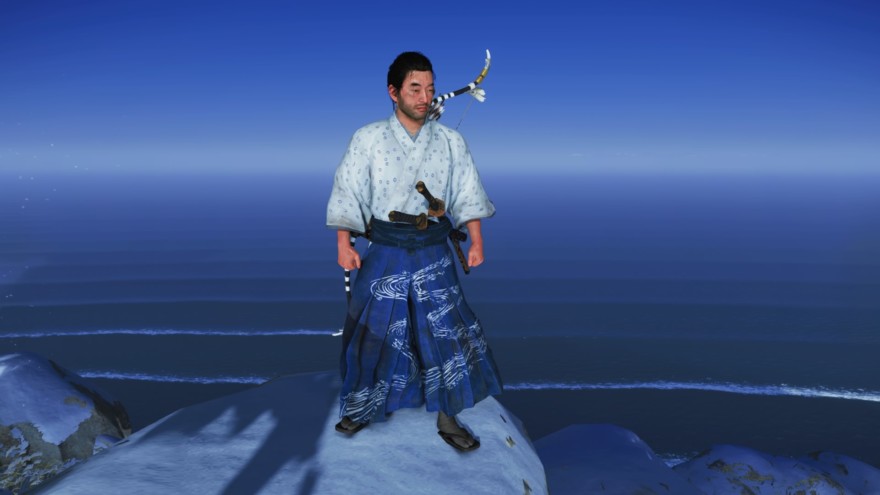 A good option for the player who opts for a sneakier approach, the Ronin Attire reduces enemy detection speed by 20% (and even more so when sneaking out of pampas grass), making a stealthy approach easier, while also boosting melee attacks by 30%, ensuring that, when the player does finally engage with the enemy, they can put up a good fight.

The Ronin Attire can be obtained by completing the main story quest “Blood on the Grass” in Act 1. 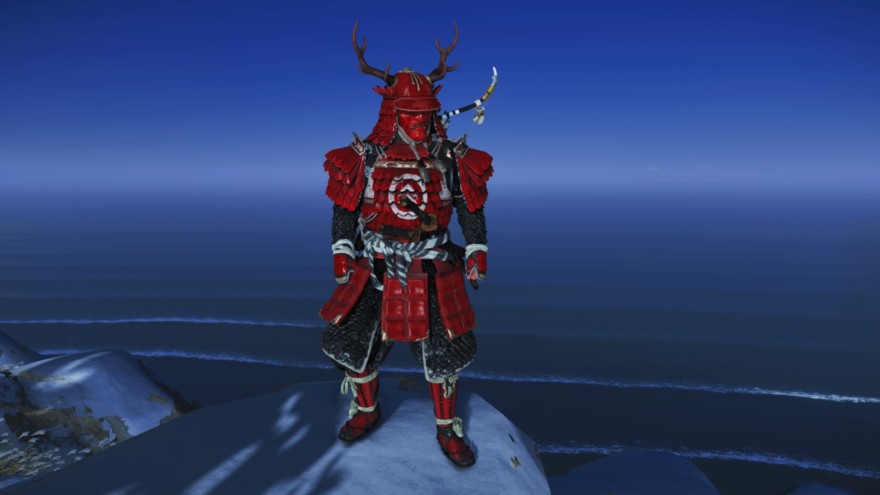 The Sakai Clan Armor is a solid choice for players with a preference for melee combat. In addition to greatly increasing your health and melee damage, the armor also increases the Standoff Streak ability (which allows you to instantly cut down enemies after a successful standoff kill) to as many as five enemies.

Besides the strategic boost, this perk is also handy for players who want to roleplay Jin as a man who upholds the samurai code, since a one-on-one standoff with an alert enemy is much more in line with that code than sneaky backstabbing.

The Sakai Clan Armor is obtained by completing the “Ghosts From the Past” mission in the main story, which can be done at the start of Act 2. 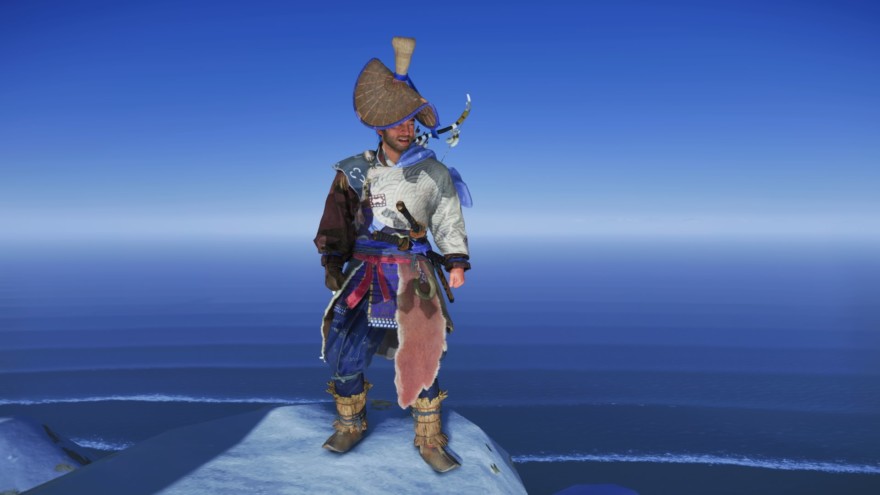 The Tadayori Armor was very clearly designed with the player who favors ranged combat in mind. The armor allows Jin to reload his bow 30% faster, and greatly improves his Concentration (which allows him to slow time while aiming), increasing its time by two seconds and restoring the meter by 50% for every headshot.

The net result is that the player can aim the bow far more effectively and fire off shots with much great efficiency, which is all highly invaluable when one needs to make a quick and efficient takedown of a group of enemies from a distance.

The Tadayori Armor can be obtained by completing the Mythic Tale “The Legend of Tadayori,” which can be begun in Act 1 by speaking to the musician on the side of the road at Rustling Bend in the Izuhara region. 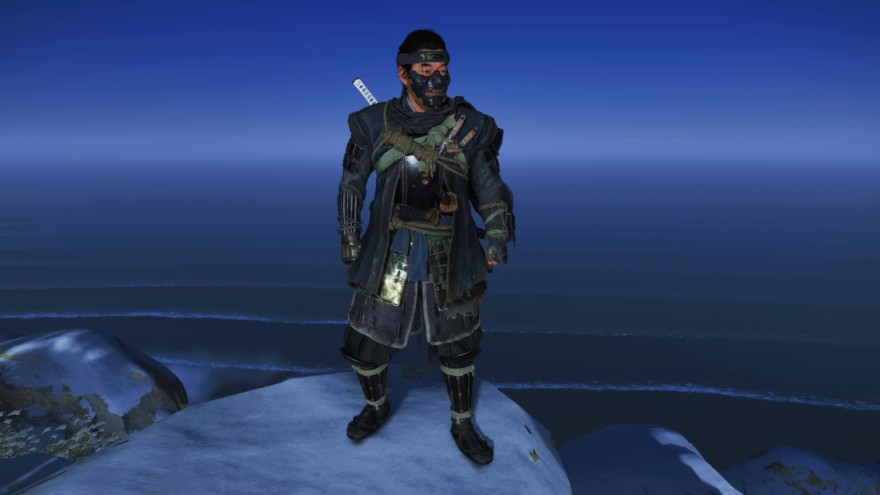 As the name implies, the Ghost Armor is another great choice for the player who’s opting for a stealthier approach.

The armor reduces enemy detection speed by 40%, making it far easier to get the drop on unsuspecting enemies and pull off stealth kills; gives kills a 30% chance of Terrifying enemies, thus scaring them off without Jin having to fight them (which is tremendously useful when you have a less health-heavy build).

It also reduces the number of kills required to enter the Ghost Stance (which prevents Jin from being hit and Terrifies some enemies) down to five.

The Ghost Armor can be obtained by completing the “From the Darkness” quest, which is part of the main story and can be done near the end of Act 2. 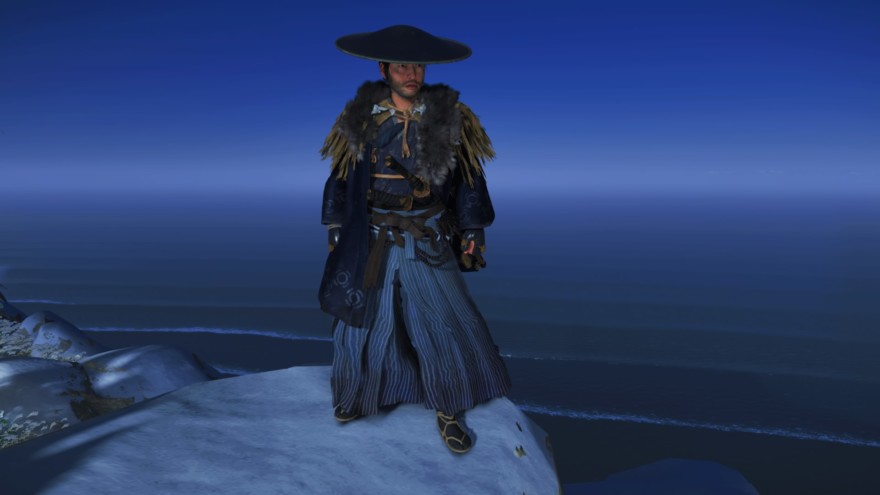 The Kensei Armor takes strategy to use properly, but in the hands of an experienced player, it can arguably become the most powerful armor in the game. It’s ideal for players who enjoy taking a direct offensive but peppering it with the sneaky and strategic use of Ghost weapons.

This armor not only increases Ghost weapon damage (and resolve gains) but ensure that, once you’ve landed a blow with a Ghost weapon, the struck enemy will deal half as much damage and receive twice as much for the rest of the fight, giving the player who favors Ghost weapons even more of an edge.

The Kensei Armor can be obtained by completing the Mythic Tale “The Six Blades of Kojiro,” which can be started in Act 2 by speaking to the musician in Umugi Cove, in the Toyotama region. 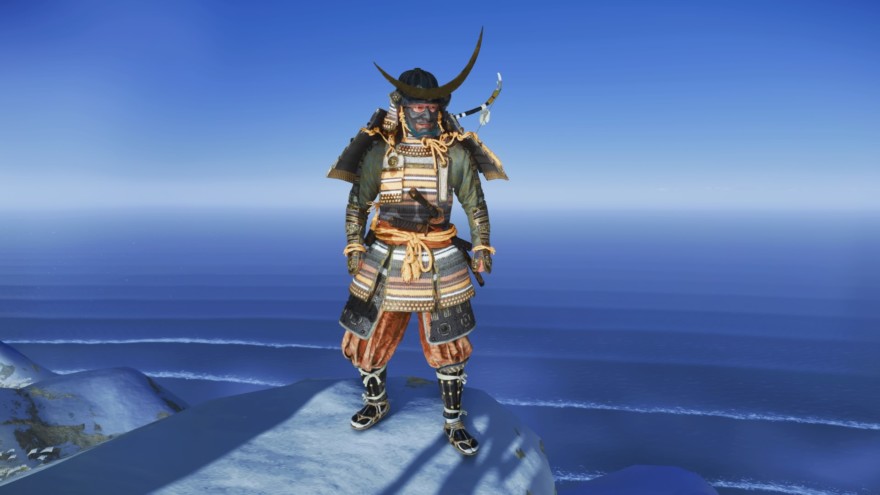 The Samurai Clan Armor is best suited for the player who prefers to be a damage sponge. Not only does it notably increase your health and reduce the damage you receive, but the damage that you do take boosts your Resolve, which can be converted into more health, or combat techniques.

This armor might not give the same extra punch to your attacks that other sets do, but thanks to the hardiness it provides, it’s still tremendously useful for up-close combat with sizable groups of enemies.

The Samurai Clan Armor is received early on in the game, obtained by talking to the armorer at the Golden Temple during the Tale of Lady Masako in Act 1. 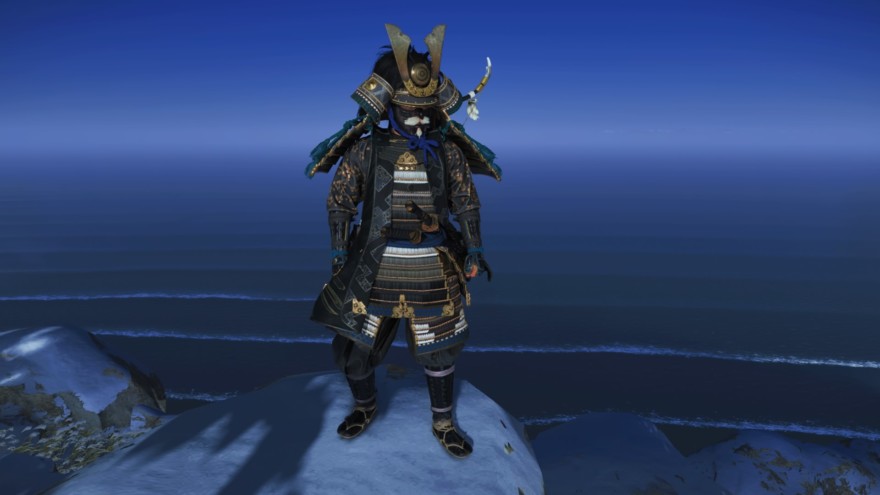 In other words, it makes Jin much hardier and makes him pack a bigger punch, making him way better suited to some fierce melee brawls.

This set is available in Act 2 of the game, as a reward for completing the “Unbreakable Gosaku” Mythic Tale, which is provided by the musician in Akashima village.

As you can see, there’s a whole lot of ways to suit Jin up for battle. It’s best not to make up your mind too immediately on which one you’d like to use, especially before you’ve settled on a particular playstyle; rather, it’s best to experiment with a different set, trying out their various advantages, and allowing yourself to discover which ones best suit how you tackle the challenges the game throws at you.