Building a castle in Minecraft, needless to say, is an endeavor that requires some serious time commitment.

But it’s more than worth it – besides providing an excellent place to shack up and repel danger, building a castle really gives you a sense of achievement in Minecraft.

It’s the sort of building that says, “this is my territory – I’ve carved out my corner of the overworld, and I’m going to do everything I can to make sure it stays mine.”

But just like in real life, castles are pretty architecturally complicated and need to be properly planned out in order to make for a truly effective defense spot.

For many players, it helps to have a blueprint to follow. Below, we’ve listed twelve of our favorite blueprints to get you started on setting up your Minecraft fortifications. 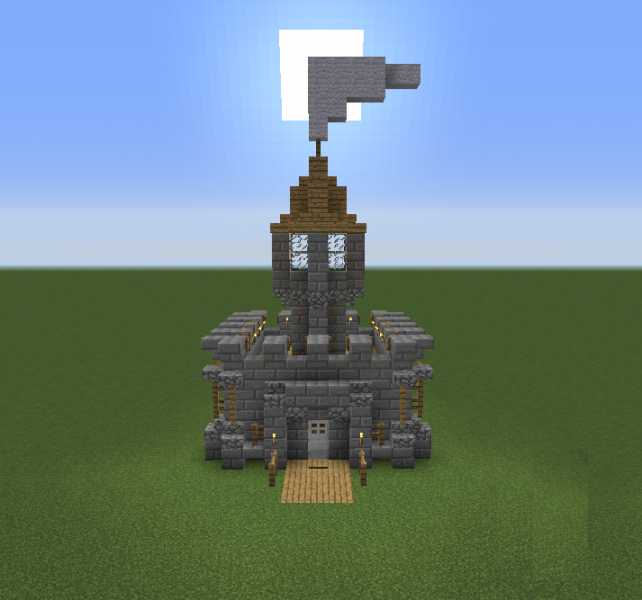 Like with any endeavor in Minecraft, you ought to begin your blueprint-based castle building with something simple to get the hang of following a blueprint accurately.

The Small Brick Castle is a good starting point. As the name implies, it’s small and mostly fashioned from stone, brick, and wood.

However, it’s got all the essentials – outer walls, a tower, and an interior to decorate as you please and store your weapons in. 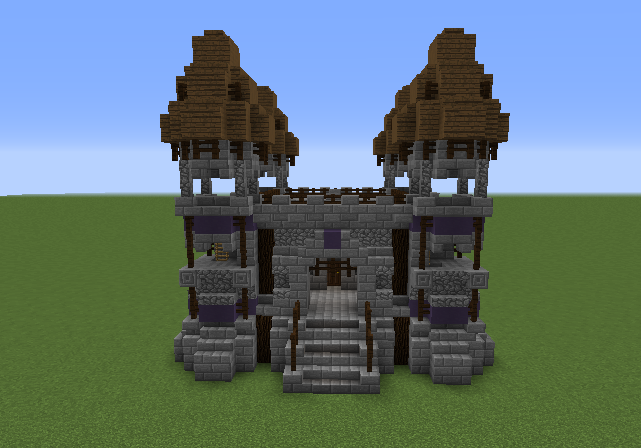 If you’re not fussy about historical accuracy, the Small Fantasy Castle blueprint might make another good starting point.

Though likewise easy to build, this small castle has a niftily fantastical look to it.

It’s the sort of structure that might pair well with one of Minecraft’s many user-made magic or fantasy mods. 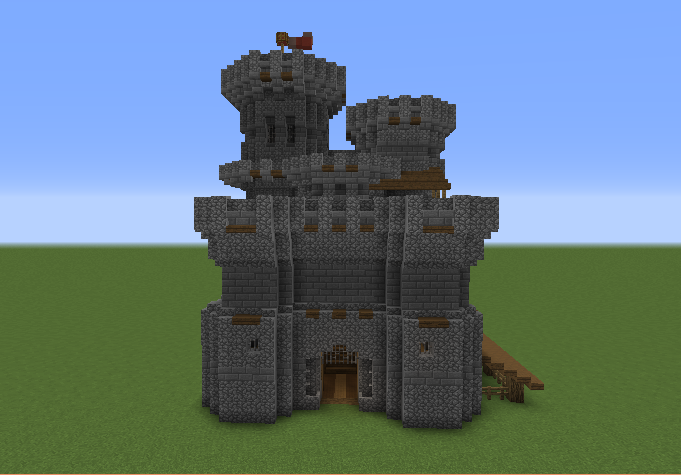 When you’re ready to move on to something a bit more sizable, the Medieval Keep might be a good option.

Styled directly after the castles and keeps that lords would have stowed away in during the medieval era, this one is sizable and imposing, with tremendous towers from which to keep watch.

It’s mostly cobblestone for the outside and wood for the interior. Furnishing isn’t included, but then, shouldn’t it be up to the lord or lady of the castle to decide just how the place is decorated? 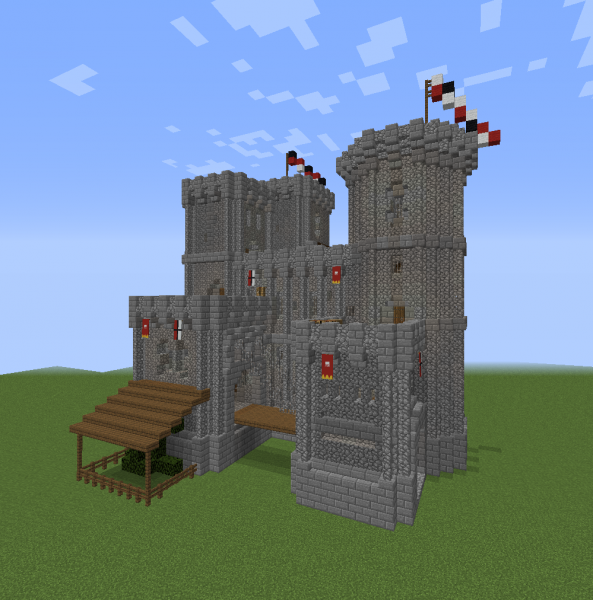 Here’s a bit of nostalgia for you. If you’re the 90s or 2000s kid, you might well be familiar with Age of Empires, a series of historically-themed real-time strategy games that are some of the most prominent in the genre.

And if you’re in the mood for paying tribute to these great games, you might want to try your hand at building the Age of Empires Castle, which is directly modeled on the castles from the second Age of Empires game.

Besides the nostalgia, this castle offers up a generously-sized interior to decorate and several sizable towers from which to get a highly maneuverable vantage point. 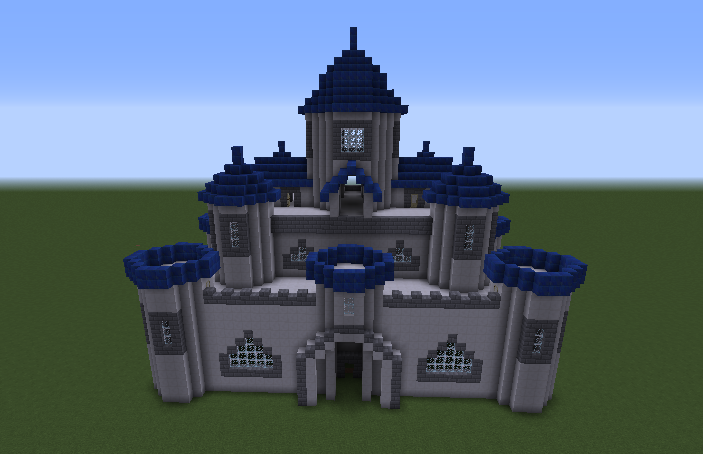 As you might have noticed, since we are talking about castles here, most of these structures don’t get too creative with color – it’s all grey stone, with maybe some wood here and there.

The Castle With Blue Towers opts to add some visual flair to your fortification by topping it off with, well, blue towers (you’ll need a lot of lapis lazuli blocks for this one).

It’s very visually appealing and very cool if you fancy your castle having a bit of a Disneyland look to it. 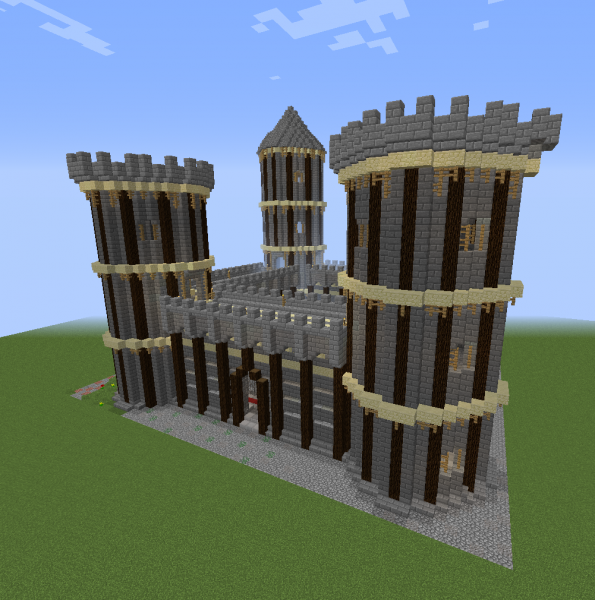 The Medieval Fortified Park is another one for the Minecraft player who’s concerned with establishing a base of operations that’s just as aesthetically pleasing as it is defensible.

As the name evokes, this one consists of a sizable set of walls and ramparts, all surrounding a pleasant piece of greenery with a fountain in the center.

Plenty of walls standing between you and the invaders and plenty of space atop the walls to fire back, but when you’re done, it’s tremendously satisfying to take a stroll in the nifty little garden you’ve got set up.

This is the sort of castle that really makes you feel like you’re guarding something worth keeping. 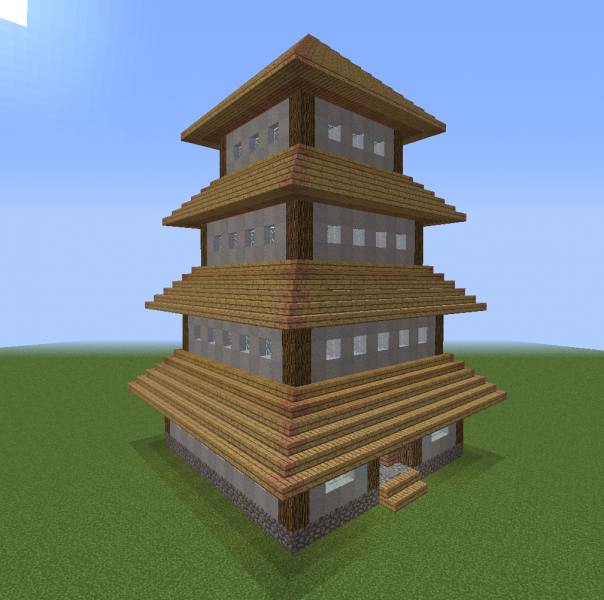 Who says a castle has to be modeled in the European style?

The Feudal Japanese Tower Castle, as you might guess, is modeled in an architectural style more reminiscent of feudal Japan, forgoing ramparts and outer walls for a simple, tower-like design, giving you a serious vantage point from which to see your enemies approaching from miles away.

One could probably debate for ages as to whether this structure is better classed as a castle or a tower, but either way, it’s a seriously visually unique form of fortification. 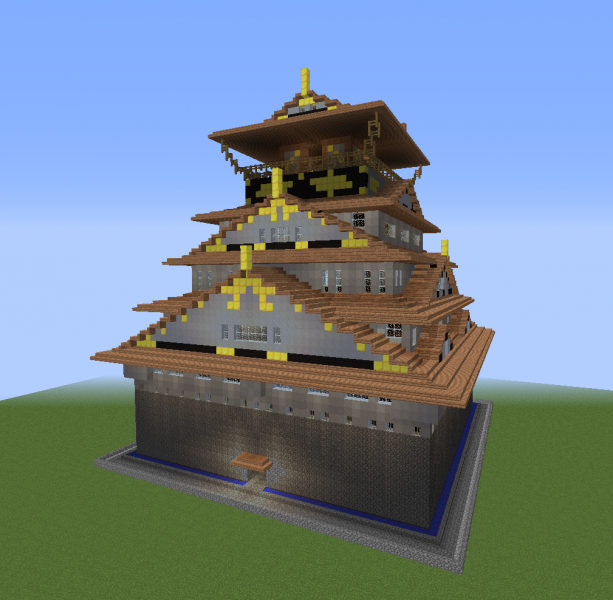 And to continue that theme, we’ve got the Feudal Japanese Osaka Castle, a more elaborate variation on the previous castle.

Much more architecturally symmetrical and pleasing to look at than the European castles, this one might not offer quite as good of a vantage point, but it’s a great way to cap off a Japanese-themed aesthetic on your map. 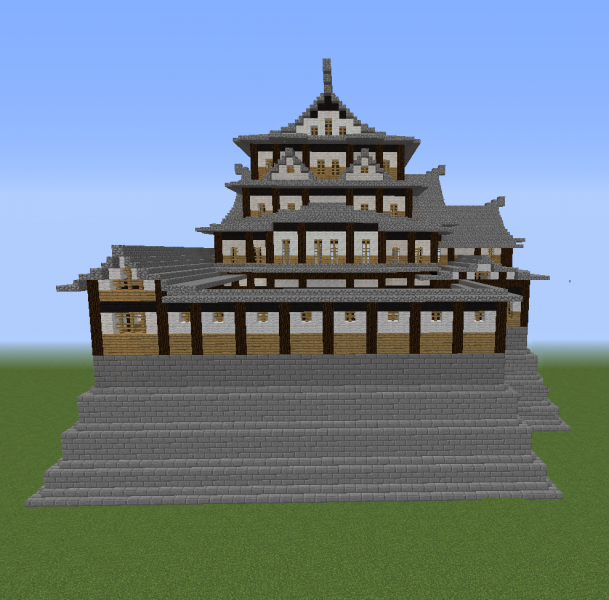 Alright, Large Asian Fort is the logical culmination of the last two on this list. Toweringly tall, this one is lovely to look at, with its lovingly crafted pagodas and white-and-brown color scheme.

The interior, too, is a large open plan, leaving the player truly free to create their own interior décor scheme.

This one is going to take you a while, and if you do start getting assaulted by creepers or vindictive fellow players, it will be a pity to see them chip away at its visually pleasant façade.

Nonetheless, as Minecraft forts go, this is definitely one of the most imposing and prettiest. 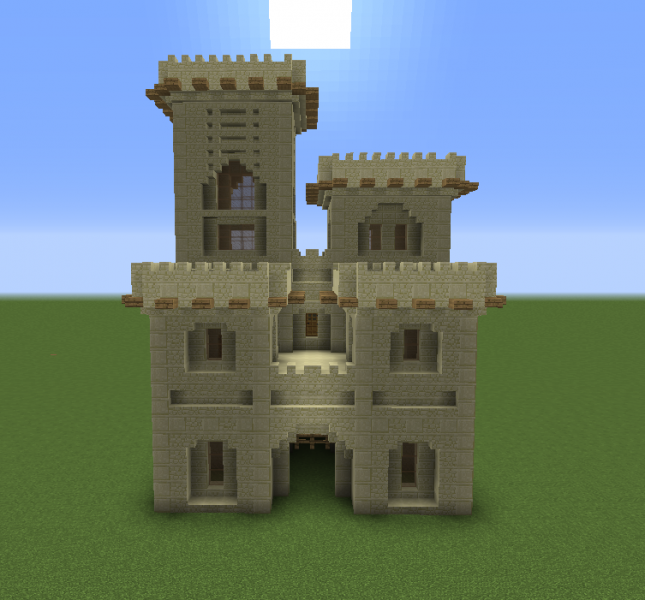 Let’s keep the theme of non-European castles going with the Arabic Desert Castle. Modeled chiefly out of sandstone, this is the kind of castle to make yourself feel like a prince right out of Arabian Nights.

If you’re inclined to establish your civilization in one of the sandier regions of the map, making this place, your headquarters would be absolutely perfect. 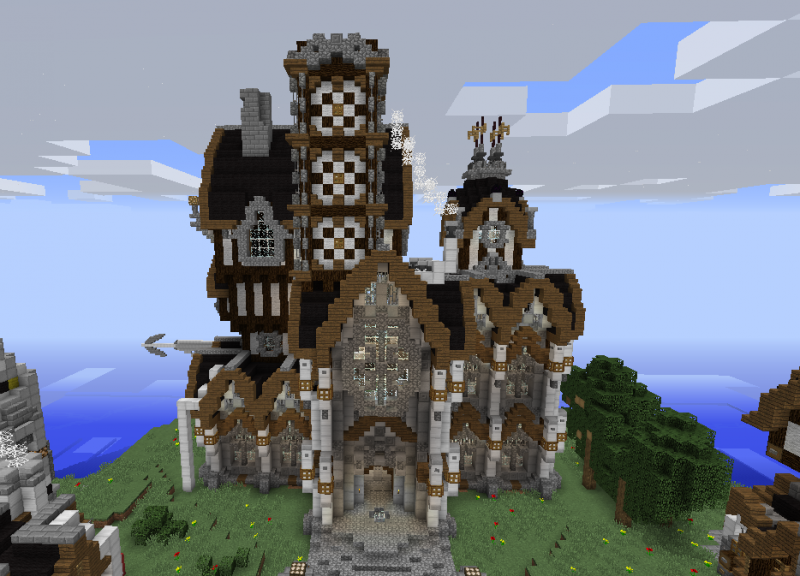 If you’d like to take your castle-building away from the medieval era, the Victorian Castle blueprint might be for you.

Sure, the whole concept behind it is kind of playing fast and loose with history (people weren’t really building castles in the Victorian era), but really, who cares?

The whole place just looks so cool – like a weird meeting point between a nobleman’s estate and a medieval castle.

It’s a seriously sizable structure that’ll require a great number of stone slabs and a surprising amount of black wool, but it’s easily the way to give your home one of the most unique yet classic architectural looks you can create in Minecraft. 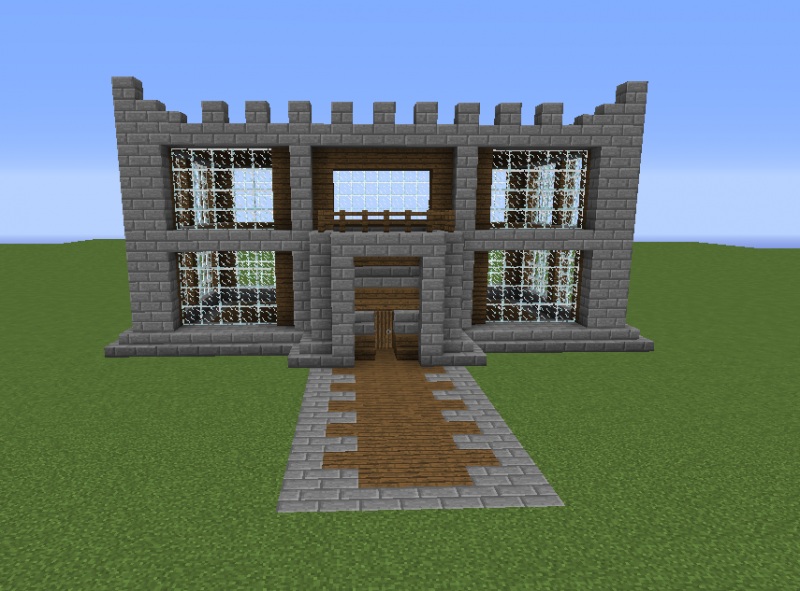 Then there’s the Medium Castle. Truth be told, this is a rather nonindicative name because this castle…well, it’s unique.

If anything, it might be called a modern castle. It’s largely glass-fronted and has a simple, geometric shape. It’s almost like a strange blend of a medieval castle and a contemporary yuppie’s McMansion.

Sure, it might not be the most practical of the castles on this list (again, it’s glass-fronted – not much in the way of protection there), but it’s definitely one of the most visually unique.