Just Cause 3 is so rad. The open-world sandbox gameplay stays amazing for hours, with tons of different ways to complete missions and cause chaos.

The graphics are sick, and the storyline is pretty dope. Plus, the grapple hook and wingsuit make traversing the world a blast.

Overall, Just Cause 3 is an epic adventure that is definitely worth checking out. We’re surprised it isn’t more popular than it already is.

Best Mods for Just Cause 3

If the awesome sandbox goodness of Just Cause 3 isn’t enough for you, never fear! There’s an array of amazing mods that can take your game to brand-new heights.

Here are 10 of the best JC3 mods you should try out. 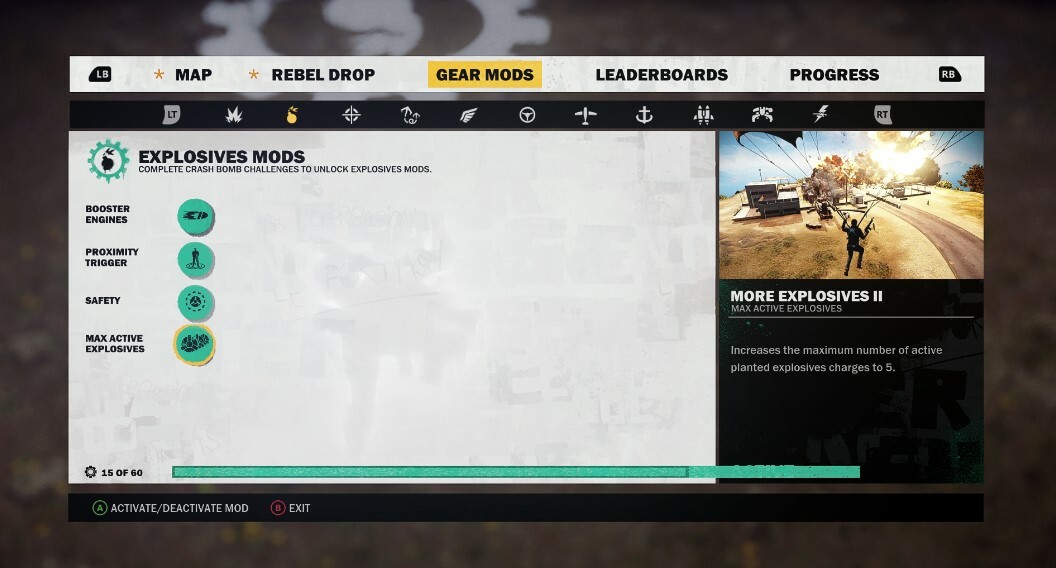 Save time on collecting all those upgrades.

Cheating at video games can be a fun way to quickly unlock hidden levels, try out new strategies, or get to the end of the game faster.

There’s no shame in streamlining to get to where you wanna be in a game; time is precious.

Just Cause 3 has just been revolutionized with this mod that lets you take on a single mission to unlock all the upgrades for each tier — no more having to get them legitimately!

With this mod, you can equip whatever upgrades you want regardless of the bar at the bottom, and all your favorite DLC upgrades are supported too. 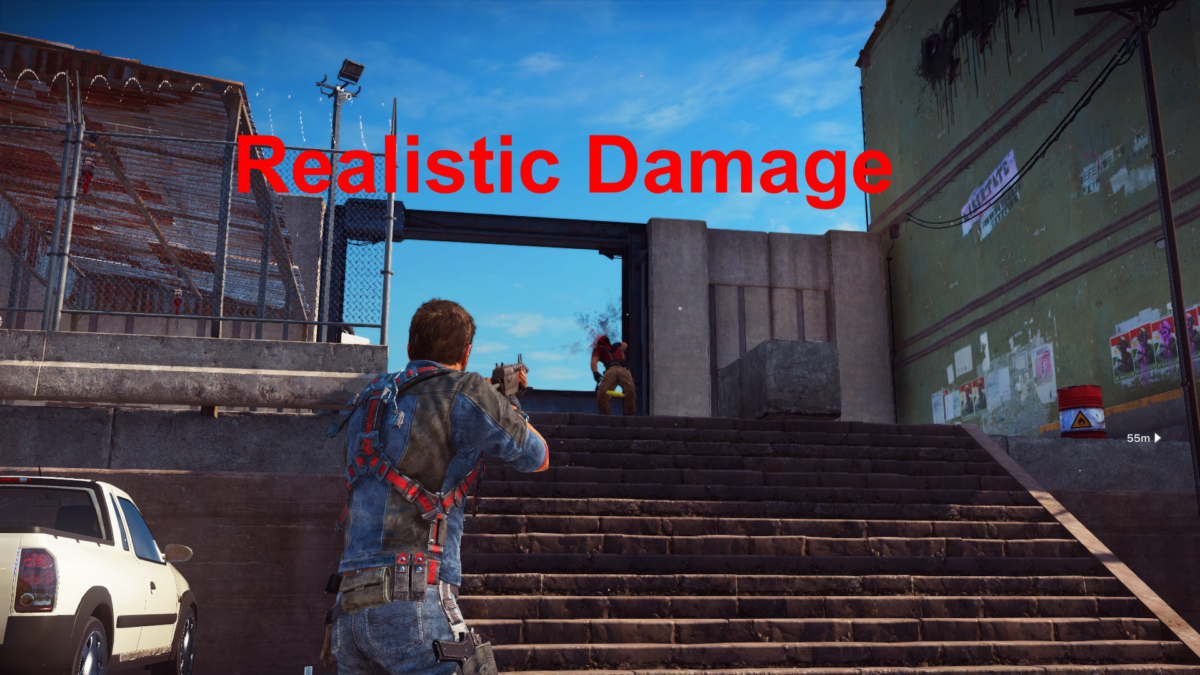 Warning: This mod makes the game harder! It’s not for the faint of heart.

Rico is too much of an indestructible superhero, even for regular gamers!

If you’re looking for something a little more realistic and dynamic in your gaming experience, why not check out Realistic Damage?

It brings Rico’s health down from a superhuman 800, similar to a dang tank, to a more humanized 60.

Now we can all feel justifiably threatened by the armed baddies all across the game. 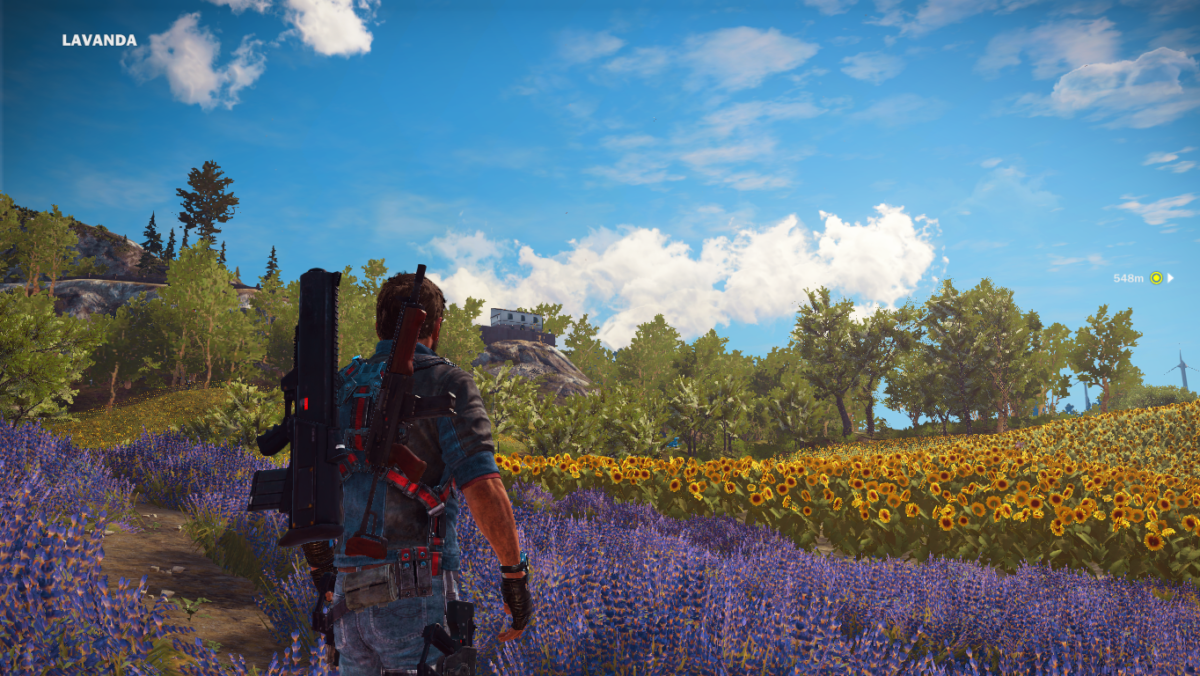 This downloadable save file gives you everything from the jump – 100% completion and all! (DLC Included!)

With this save file, there’s no need to painfully grind your way through the game.

Cut straight to the best bits of the game and have fun.

Hit up those wild stunts you always wanted to try, already empowered by your new levels and resources, explore that map from west to east without interruption, and destroy as much as you can while still staying alive 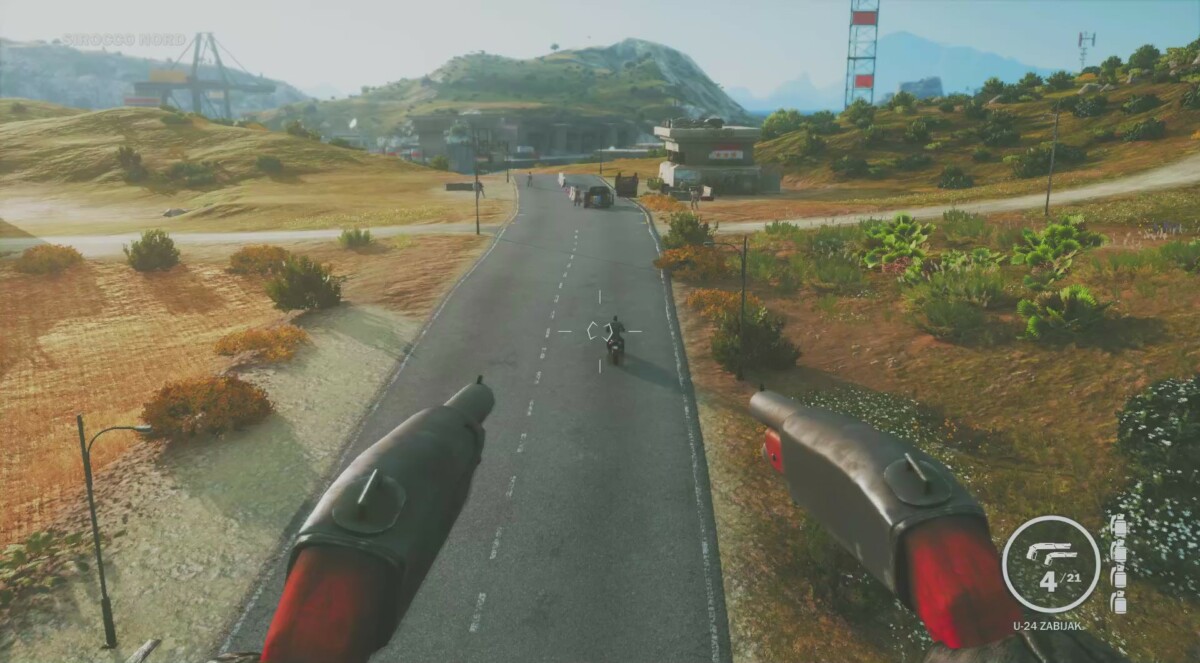 Imagine being able to experience the explosive chaos of Just Cause 3 from the eyes of Rico Rodriguez himself – as if you were living inside his shoes!

RAM FFP adds a first-person view mode to the fun, proving that there really is no limit to how wild the game can get.

Whether it’s hang gliding over sea cliffs or blasting your way through enemy bases, you’ll feel like every moment is happening directly in front of your own eyes.

Buckle your seat belt and get ready for an unforgettable adventure! 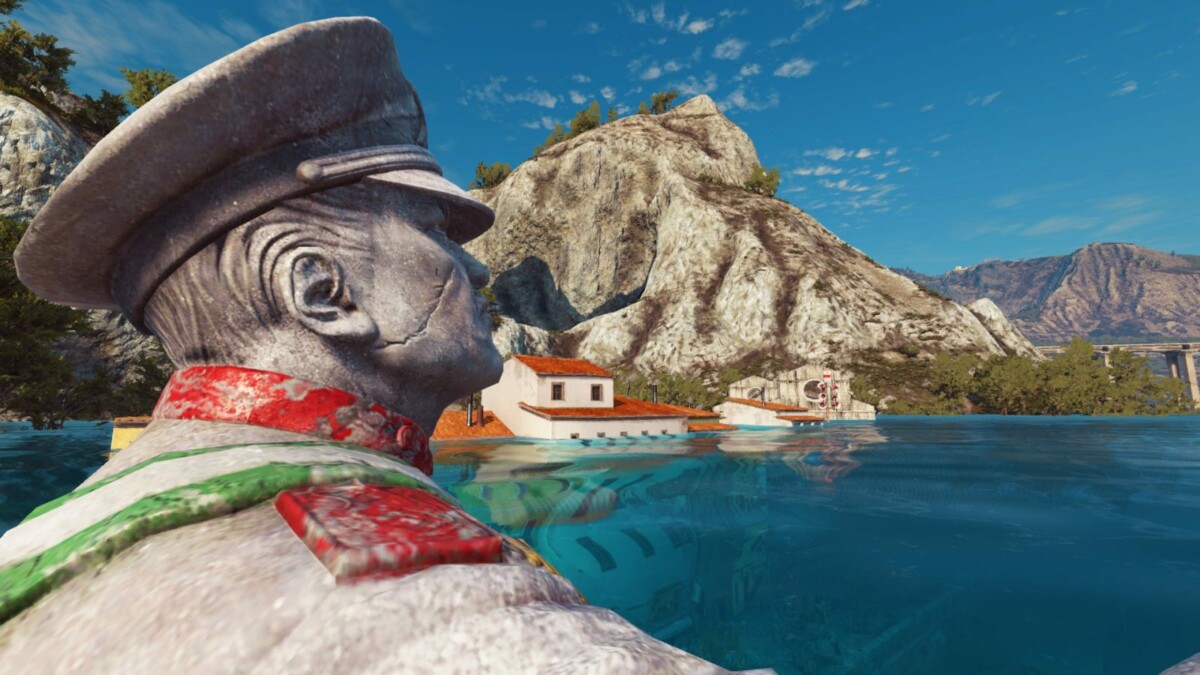 This is one of the wildest and most creative mods for Just Cause 3 we could find.

Other features include adding filling pools, as well as a crazy monster truck you drive underwater.

Plus, there’s also better boat handling, among many other additions and tweaks.

This is a fully-fledged aquatic adventure, allowing players to dive deeper into the game than ever before, as if it had just come out. 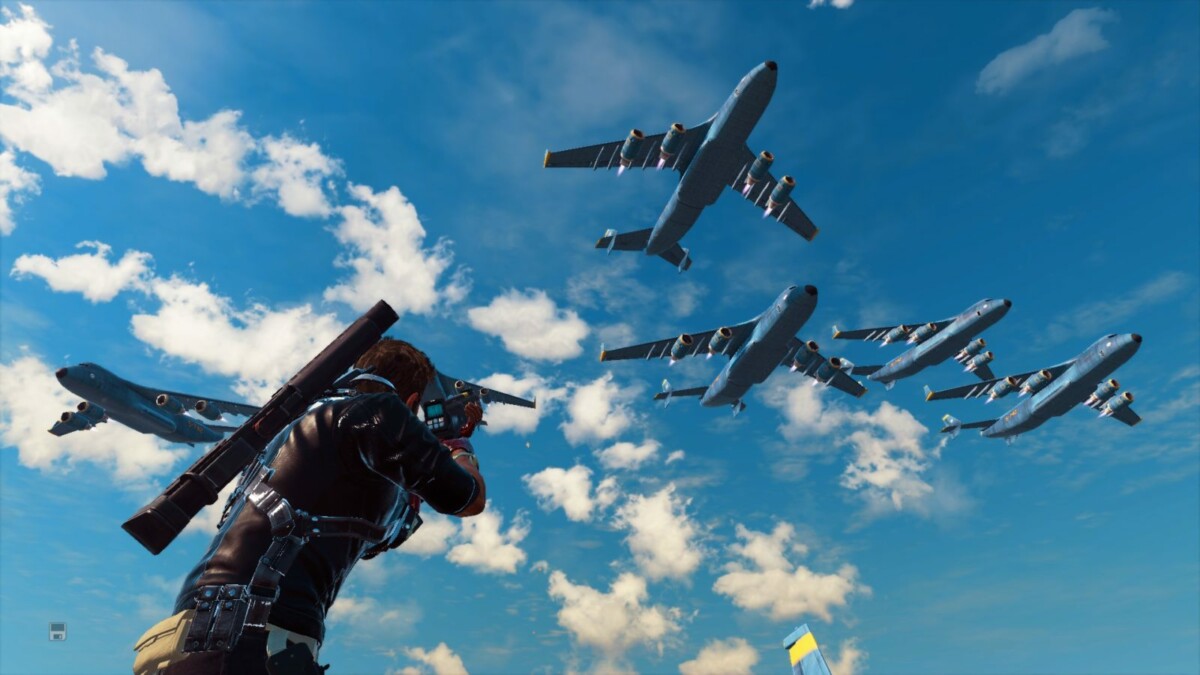 Installing this mod for Just Cause 3 puts the power of air traffic control right into your trigger finger.

The modded airstrike gun doesn’t call strikes anymore; instead, it spawns a cargo plane hundreds of meters above where you fire.

This wacky new feature has unlimited range and ammo; the cargo planes will head in the same direction as the aiming laser while avoiding big obstacles as best they can.

It’s up to you to figure out how you’re going to reach the planes, though. Maybe the grapple hook? 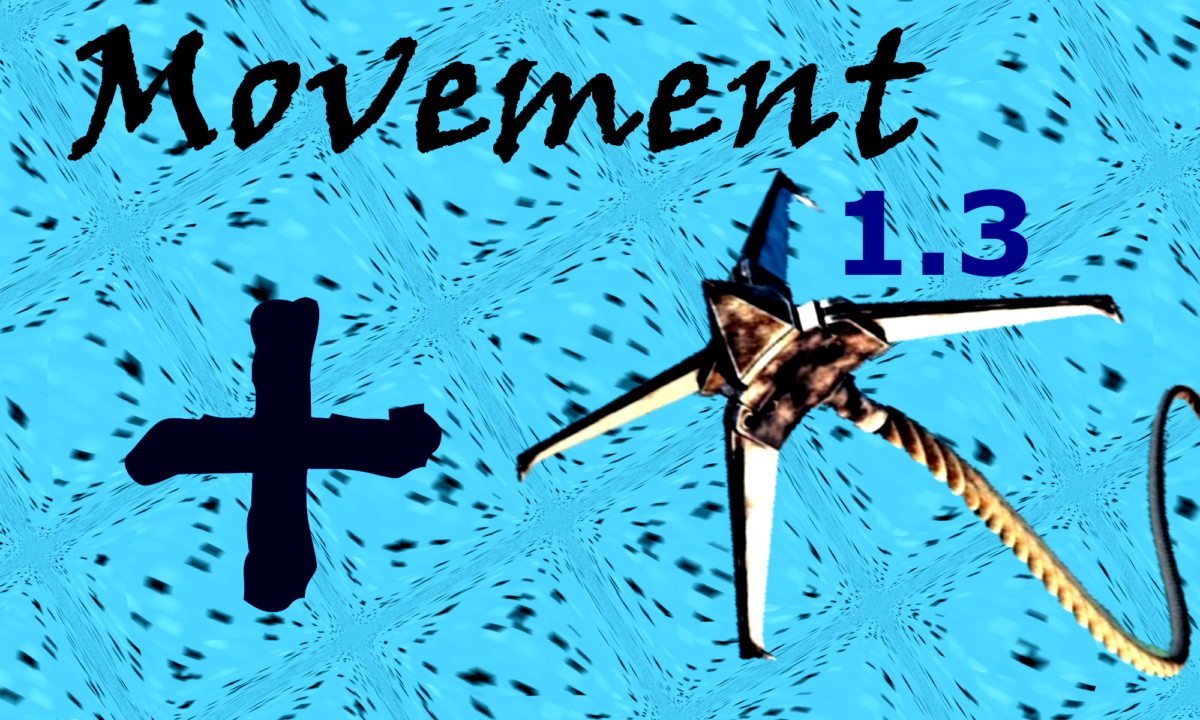 Movement Plus has been carefully crafted to give gamers more control over Rico’s movements; this mod is a full overhaul of the movement systems in Just Cause 3.

The parameters for wingsuit and parachute flight have been altered to provide a smoother style of control, with an emphasis on maximizing player freedom of motion.

Responsiveness in the air has also increased, allowing users to accelerate sharply, stop and turn smoothly.

Overall, you’ll be shocked at how much better the game feels without feeling different in the slightest. 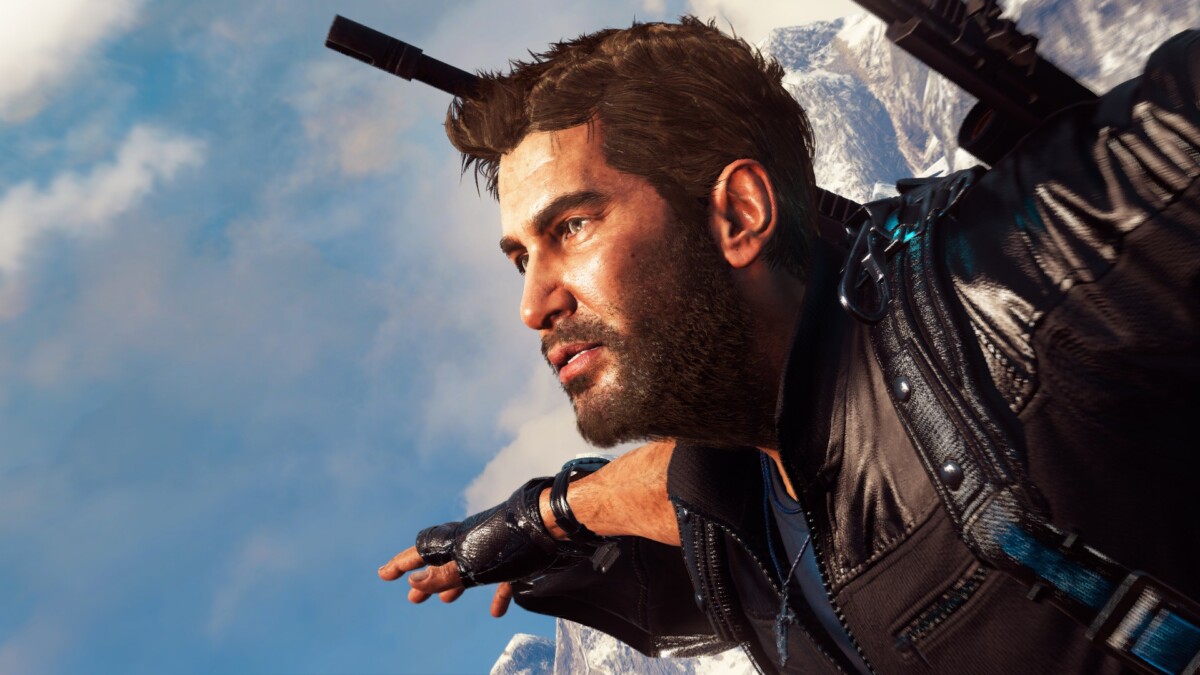 Switching up your game characters’ wardrobes can really help you get into your own flow.

Adding some style to their wardrobe can be an awesome way to switch up the game and keep yourself interested.

No gamer wants their avatar stuck in the same digs forever!

Tactical Suit adds an entirely new re-texture for Rico’s outfit, making him look cooler and more badass. This mod also affects the wingsuit and parachute, so they match. 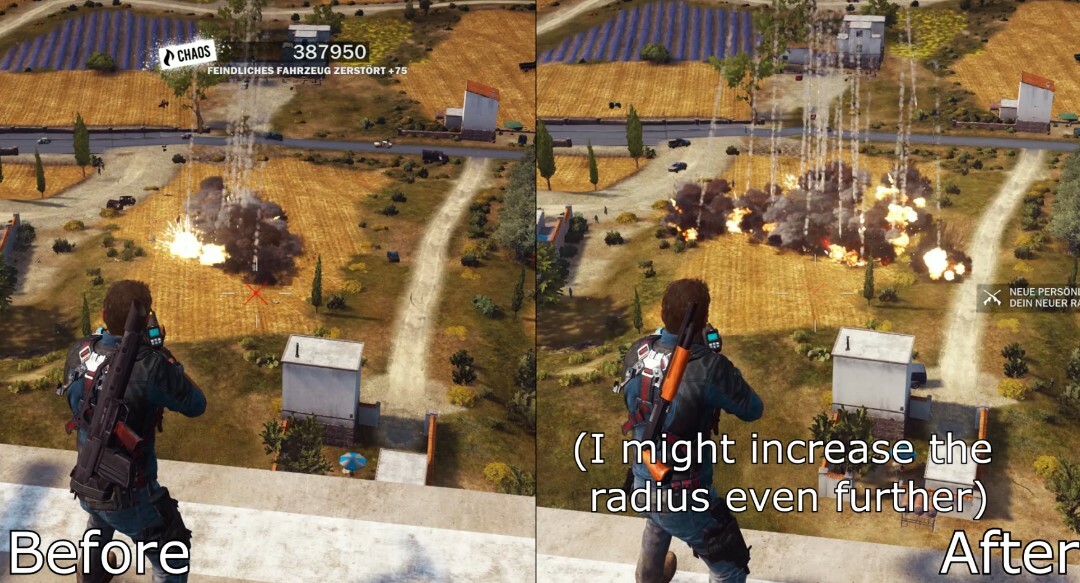 Weapon Rework is for players in need of new, evolved combat.

This mod is a shot of adrenaline into your gameplay by rebalancing and reworking most weapons, including increasing mag sizes, reducing recoil, and rebalancing aiming.

Whether it’s sniper rifles for accurate long-range shooting or submachine guns for firepower in a close-quarters fight, you’ll be able to create the ultimate combat loadout in no time.

Just getting to know the new weapon combat is fun. 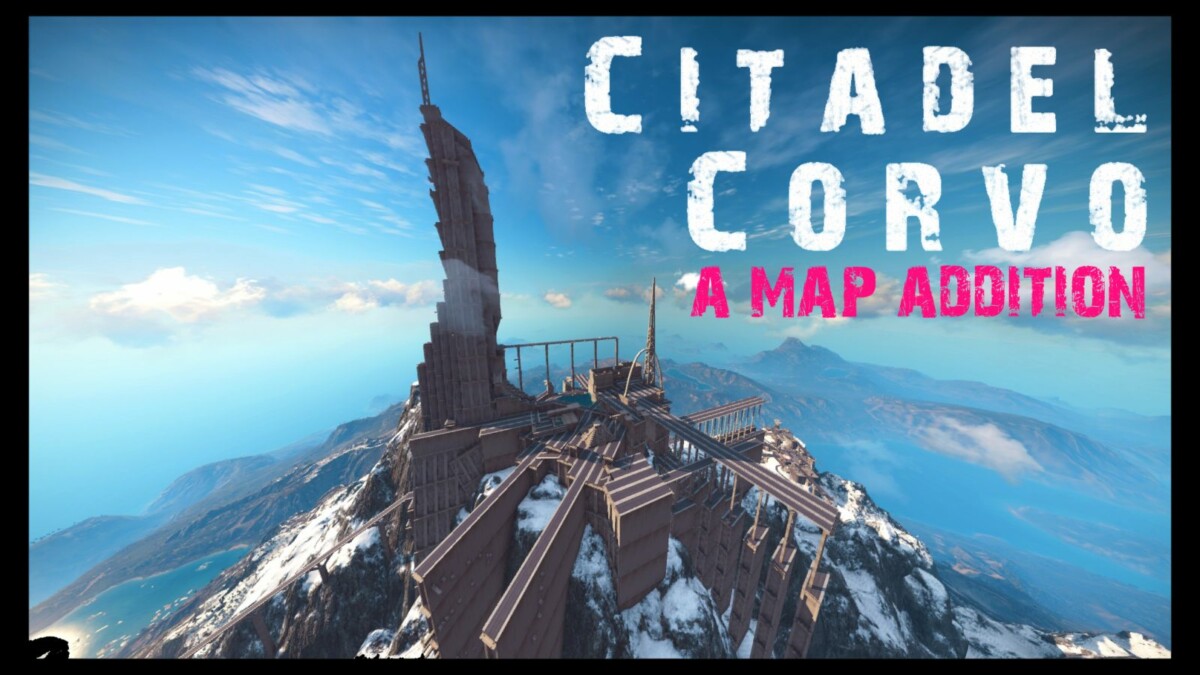 Citadel Corvo is among the most ambitious mods for Just Cause 3.

It adds a custom fortress at the summit of the game’s tallest mountain, where players can explore at their leisure.

It doesn’t add any specific objectives or missions but instead offers numerous possibilities and activities to try out.

You’ll come across 10 new runways, four of which are big enough for the cargo plane.

With multiplayer being recommended to make the most of this mod, why not try it out yourself today?