As we all know, anime and manga originated from Japan. That’s why it’s really not surprising that there’s an abundance of ninja-themed shows that exposes the culture and traditions of Ancient Japan.

In this article, we ranked the best female ninjas or kunoichi around not just for their looks but, of course, their expertise as shinobi warriors. 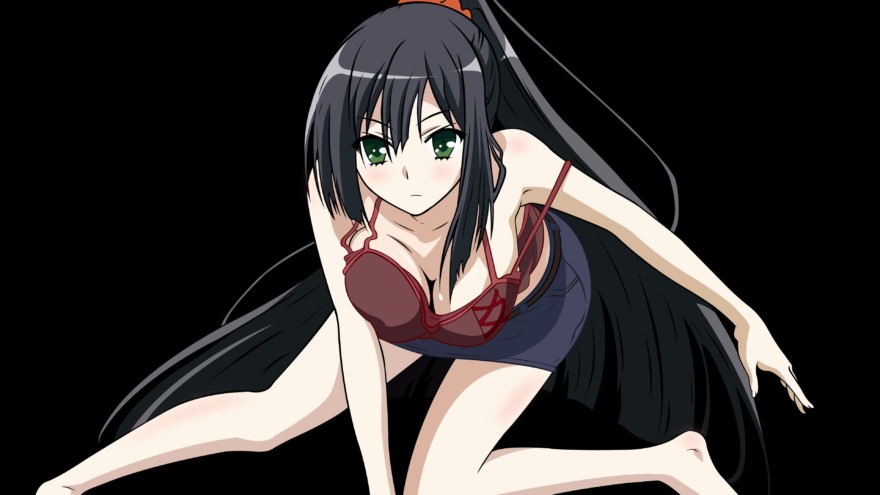 Seraphim is a hybrid vampire-slash-ninja that has both killer looks and instincts.

Her vampire abilities heighten her ninja skills, pretty much makes her an unstoppable force.

But this innate ability actually ranks her pretty low on this list because the show isn’t really much about being a ninja, too.

So if that’s what you’re looking for, take a look at some of our other suggestions.

But then again, if you actually dig this type of funny anime magical girls combined together, then be my guest. 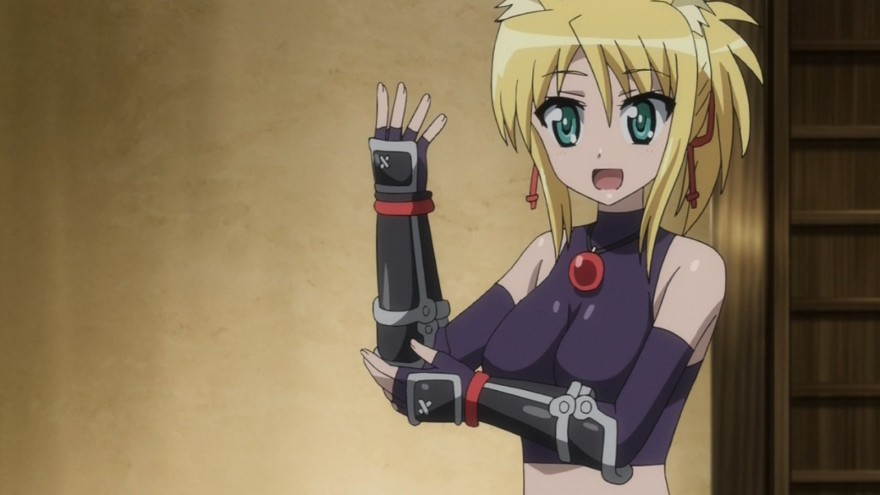 Technically, the only reason why we can call Yukikaze Panettone a ninja is because of her outfit. She’s really a member of the Biscotti Knights Secret Squad.

But before you hate her for not being a ninja, let me convince you otherwise. Yukikaze is a pretty great character who actually has a ninja’s qualities, like her swift movements and mastery of various weapons.

If only she was a real ninja, she’d quickly rise to the top of this list! 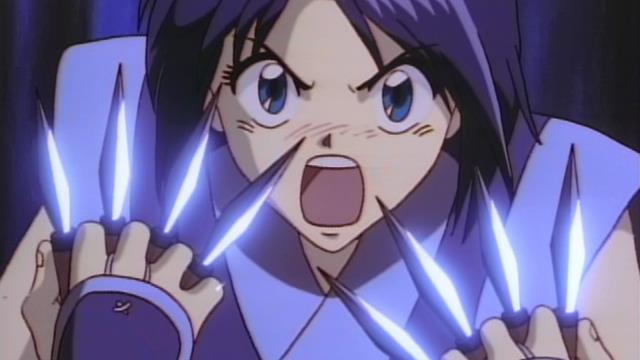 Now here’s a real ninja! Don’t be fooled by MisaoMakimachi’s petite frame because that would likely be a fatal error.

She’s exceptionally skilled at throwing kunais, which makes her an awesome ally in battle. She has proven this many many times.

The great thing about Misao is the fact that despite being a ninja, who at the end became the leader of the Oniwaban, she’s pretty cute and is a whole lot of fun, too!

Now, where’s a dedicated series for this ninja when you need it? 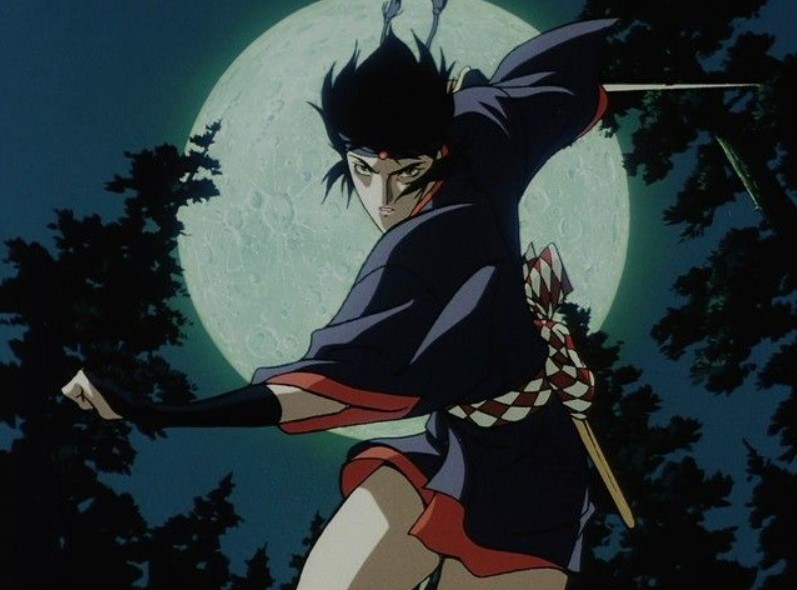 Ninja Scroll is one of the pioneer anime movies of this genre, and it did exceptionally well for its time. This movie was one of those who started to mix being a ninja with other crazy demonic powers.

For her part, Kagero is the main female character of the movie, as the poison-filled female ninja who is out to investigate the reason for her village’s wipeout.

But the fact that her mere touch could kill virtually anyone has made her somewhat of a mixed warrior and damsel in distress.

She thinks so little of herself up to the point that she’s open to the thought of her demise.

The only part I hate about how her character was portrayed was she needed her knight in shining armor, aka JubeiKibagami, to allow her to recognize her self-worth.

You gotta do that on your own, girl! 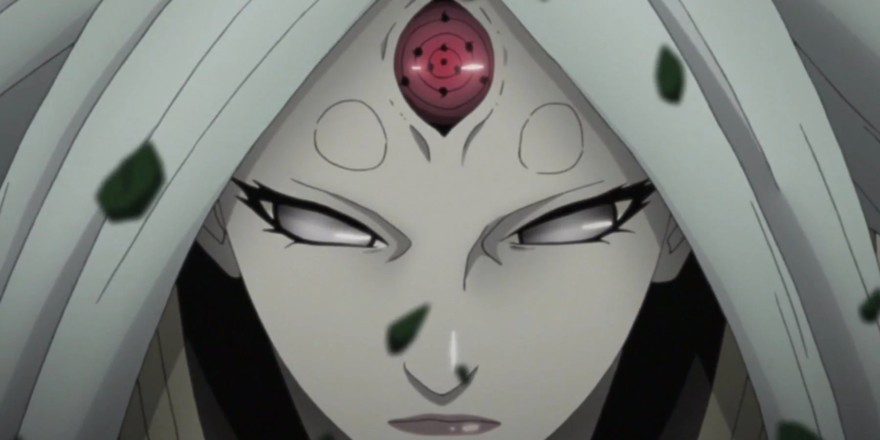 Kaguya is the first-ever chakra-wielder on Earth, having come from an alien planet just to harvest from the Chakra Tree.

Once a truly good and caring person, Kaguya transformed into a true antagonist when she started feeling like no one else, but she should be able to use chakra.

After merging with the ten-tail, she is incredibly powerful, and it took everything Naruto and his gang had to defeat her.

She might be a villain, but she deserves all the props for being the incredible ninja that she is. 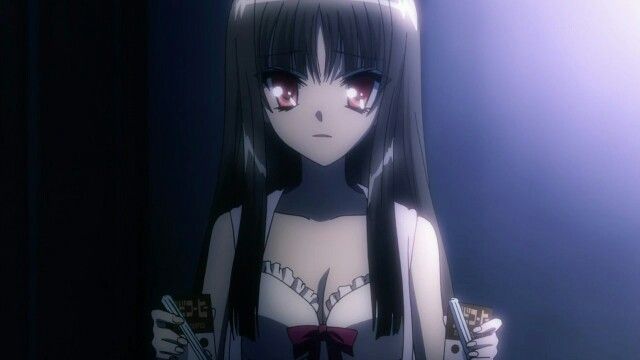 Here’s another ninja from Kore Wa Zombie Desu Ka. Sarasvati is Seraphim’s senpai, which means she is also a vampire ninja.

So in all areas, Sarasvati or Saras is better than Sera except for the latter’s more pronounced bust. But aside from being a vampire ninja, Saras also has another job… being an idol!

Yep. Just when you thought that she’s a strict and rigid commander, you’ll find out that Saras is also called Lovely Kirara, the famous idol.

Plus, Saras also has her hands busy managing a maid cafe and the rest of her peers. How’s that for a hustle? 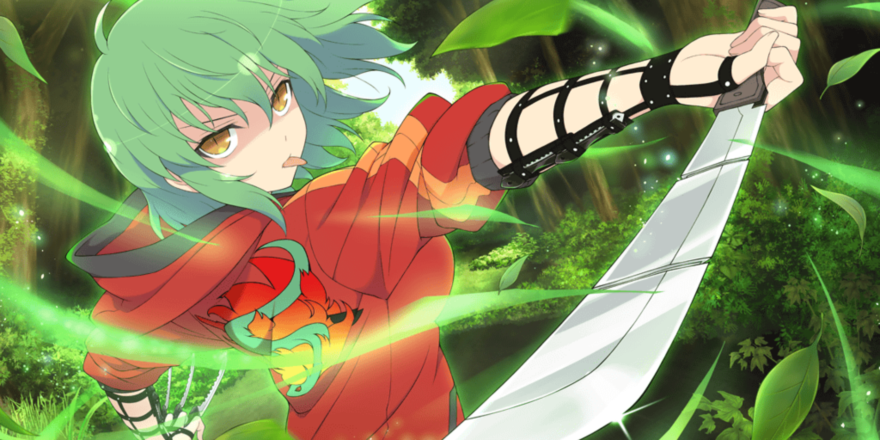 Hikage is among the fan favorites in the anime series of Senran Kagura. What makes her so captivating is her badass ninja skills and her ice-cold stare.

That stare says it all. Hikage isn’t one to talk, isn’t one to show emotions… and she also does not feel so much of it either.

This becomes her weakness but ultimately is also her strength. Feeling so little (or nothing at all) meant she’s a great killer with her poisonous knives.

However, as the anime progressed,  Hikage became eager to learn more about emotions (especially the ones she felt while having a deathmatch with Katsuragi). 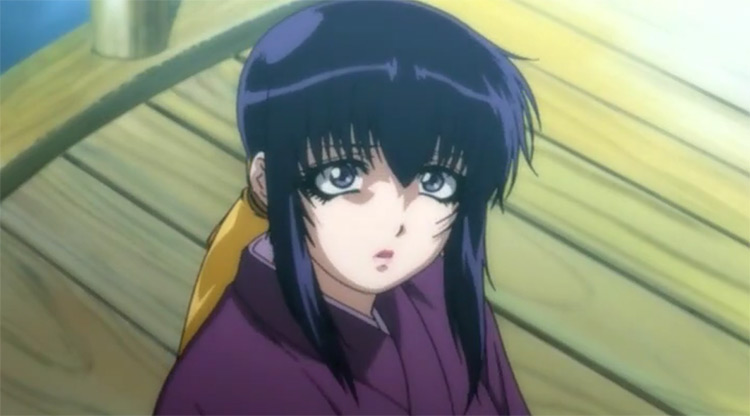 OboroIga might be the calmest, nicest, and the most beautiful female ninja around. But you can’t really mess with her since she is the leader of the Iga Clan.

Through her marriage with Gennosuke Kouga, the heir to the rival Kouga clan, Oboro was able to bring peace to their people even for a short while.

It’s pretty much an iteration of Romeo and Juliet, so there isn’t anything we could say about that.

Although, I really respect Oboro’s pacifist nature, which is pretty hardcore given that she grew up in a warring ninja clan. 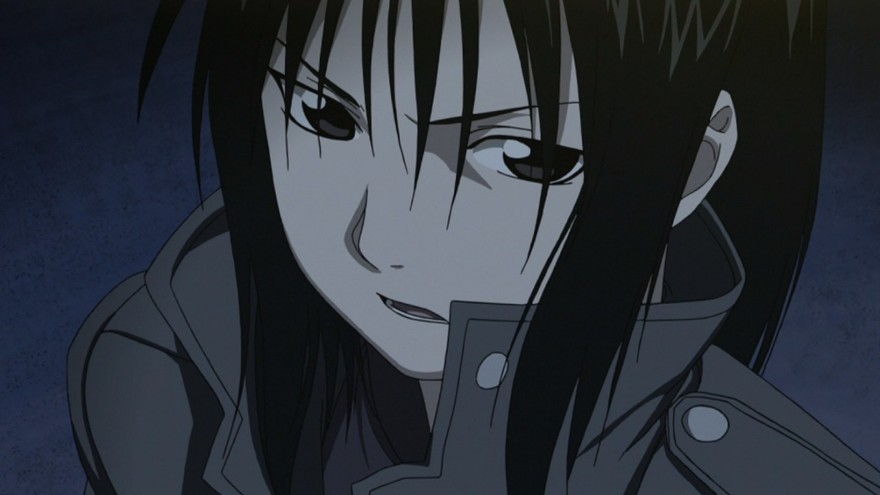 As Prince Ling Yao’s personal bodyguard, Lan Fan is nothing if not loyal. She flies into a fit of rage if anyone so much as tries to insult her master.

With her sharp combat abilities, enemies would often express disbelief upon learning that she’s just a teenage girl in a ninja suit.

Despite her impeccable fighting skills, she is easily flustered whenever she has to be in the prince’s presence without her face hidden behind a helmet. 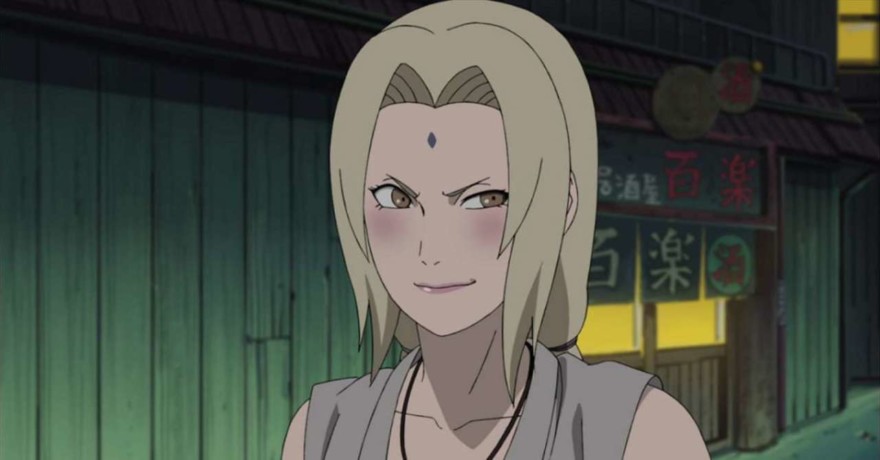 There is no doubt that Tsunade is one of Naruto’s strongest ninjas, being one of the three legendary Sannin.

She was instrumental in Konoha’s victory during the Second Shinobi World War, and later on, became the fifth Hokage at the behest of Jiraiya and Naruto himself.

Her tactical wits and medical expertise proved indispensable for the village’s young ninjas.

She is exceptional in battle and can always be relied on for strength and healing. 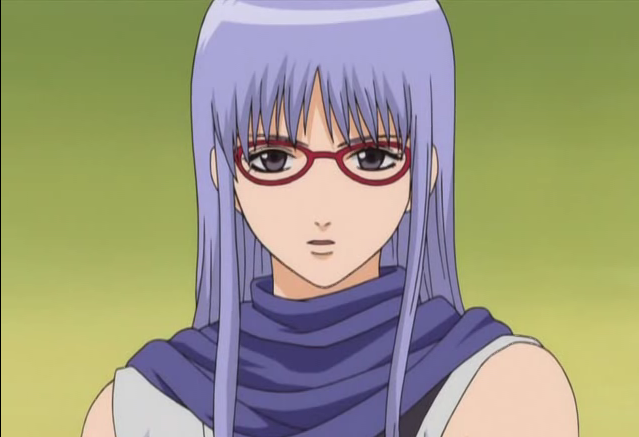 Even though trained as a ninja, Sarutobi worked as an assassin for the most part. She is serious at work but also knows how to kick back and have playful fun when she’s not on duty.

She enjoys S&M and seems to enjoy being completely ignored and tormented by Gintoki.

One of the most interesting things about her is that she’s near-blind, which only makes her fighting prowess even more impressive. 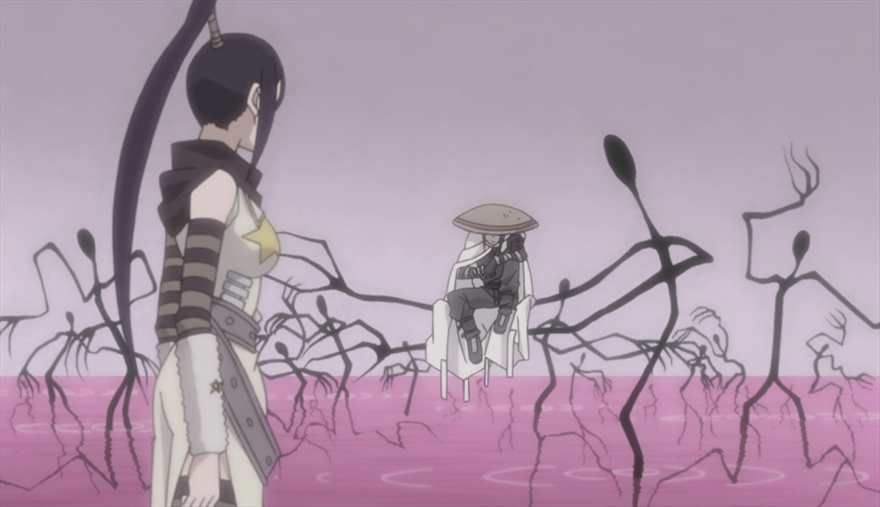 Patient, forgiving, generous, and caring, Tsubaki is definitely not your usual demon weapon.

She is level-headed and loving, which makes her a great friend and a formidable opponent if you ever land on her bad side.

Because of her nature, she is often criticized for being too generous and for being a pushover, but she doesn’t mind all that, because she enjoys having her heart in the right place. 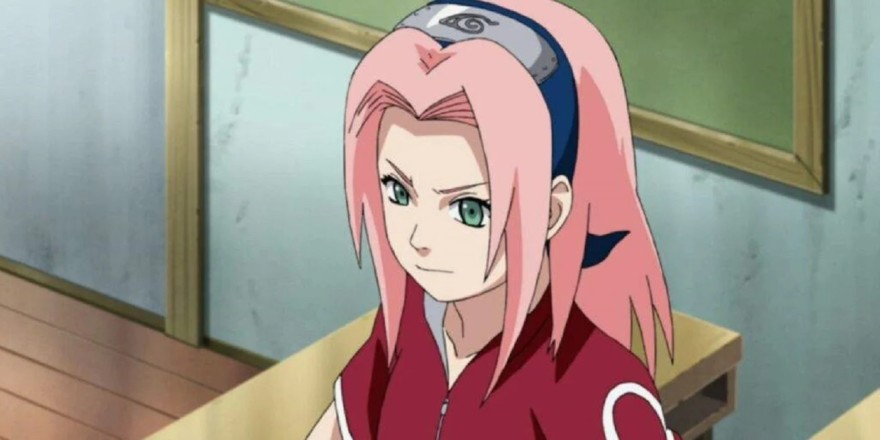 Sakura may not be a top choice if this is a list of the most feminist characters, because she spent a considerable amount of time just getting Sasuke to notice and like her.

However, this is a list of the best ninja girls in anime, so there’s no leaving the pink-haired ninja from Konoha out.

She may have started out as a plain and ordinary girl, but she ends up being one of the most skilled medical ninjas in Japan, under Tsunade herself’ tutelage.

Sakura gets a lot of hate for being way too soft, but she was able to prove that being a good ninja comes in many different forms and appearances. 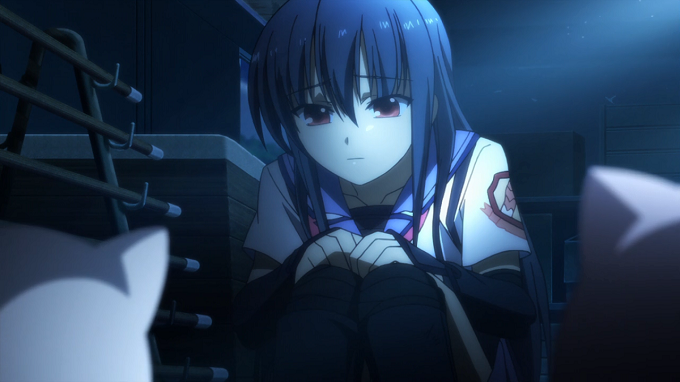 Her past may be shrouded by mystery, but Shiina’s present is invites zero confusion: she’s a badass ninja with enviable concentration skills, and killing enemies is like second nature to her.

Despite that, she gets weak when seeing cute things, especially stuffed animals. Sometimes, her enemies use such things to trap her. No worries, she always manages to win. 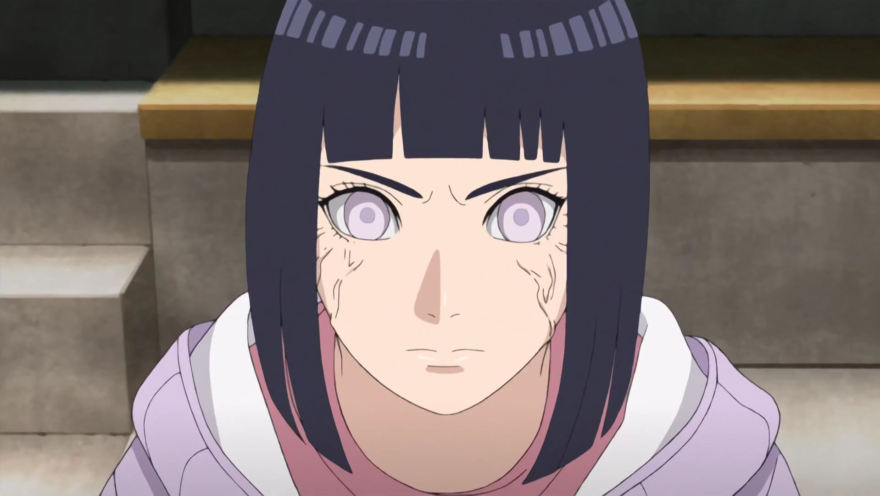 Hinata is often criticized for being weak and undeserving of her distinction as the heiress of the Hyuuga clan, but she was able to hurdle everything to reach her full potential before settling down as the wife of the title character, Naruto.

She is very special because she may not be the strongest or most skilled ninja in the village, but she’s the one willing to risk her life for the village and her family, despite going up against much stronger adversaries.

Hinata Hyuuga definitely deserves more love and praise than what she gets.

If you ever travel to an alternate universe where everything about anime is true, you already know to befriend and steer clear of agitating these ninja girls.

They’re invaluable on your side, but an absolute nightmare when you have to face them in battle.

Wtf.. I dunno if it's just bad taste or missing knowledge (or both).

But most of them are bad character types or just dull mainstream. There are even some which just appearing in the Ninja Universe, but actually are no real Kunoichi but simmply super power users...

I guess there are not that many in general so better do count less but for that really the best...