Here are the top 16 best Resident Evil 2 mods that you can download and enjoy straight away. Most of the mods require a fluffy mod manager to be able to use them. Let’s get started. 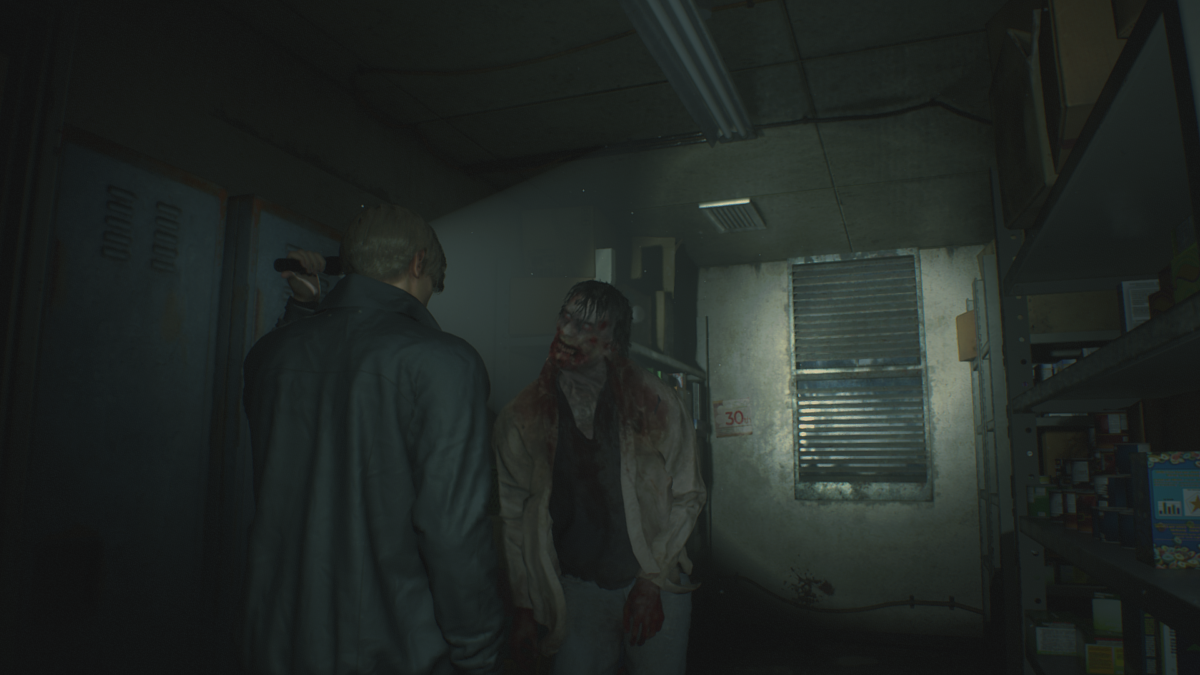 With this mod, Zombies become harmless to your playable character, so you can choose to walk alongside them without the worry of being attacked. 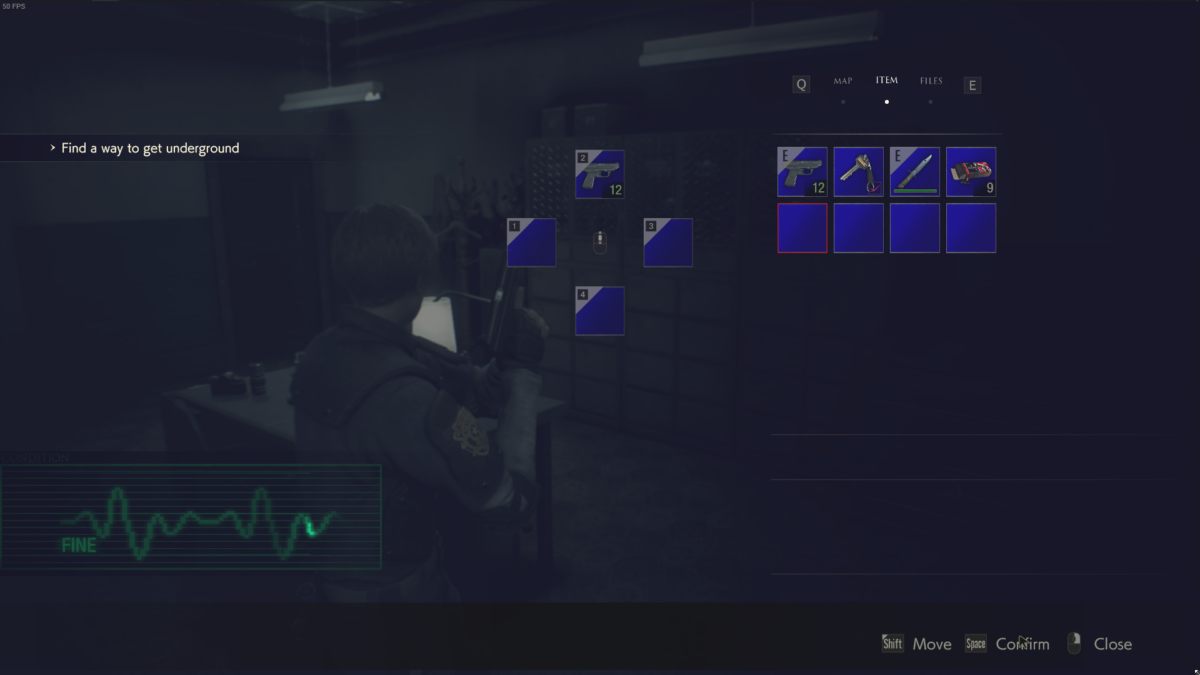 It was simple, old fashioned with eye-catching icons. Now you can have the same experience with the classic UI. The mod includes the classic red Resident Evil 2 logo, save icons, UI, and retro health bars.

It definitely gave us a nostalgic feel, and we’re sure fans of the series will also feel the same. 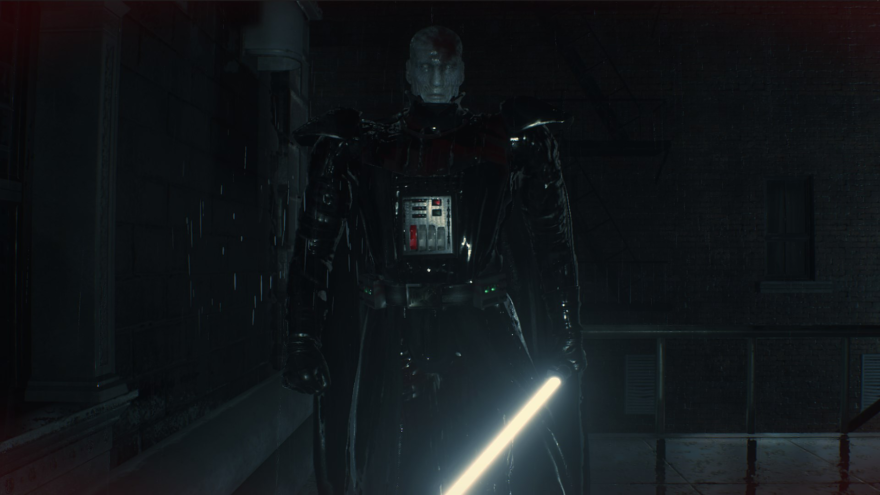 How about jazzing up Mr. X so that he looks a little less angry and more…Star Wars like? Yes, you heard us. Now with Darth Vader mod, you can easily dress Mr. X in a Darth Vader costume.

What’s more interesting is that Mr. X (Or Darth Vader) will be carrying an illuminated lightsaber. You can even shoot off the helmet. How cool is that?! 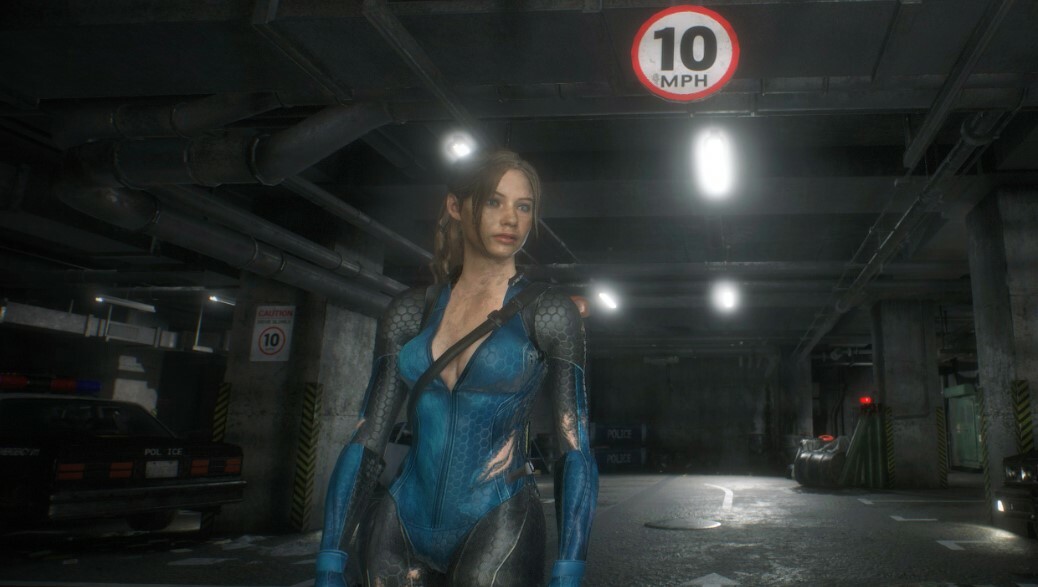 The mod replaces Claire’s default costume with Jill’s costume that premiered in Resident Evil 5. Now you can kick ass and look sexy at the same time. 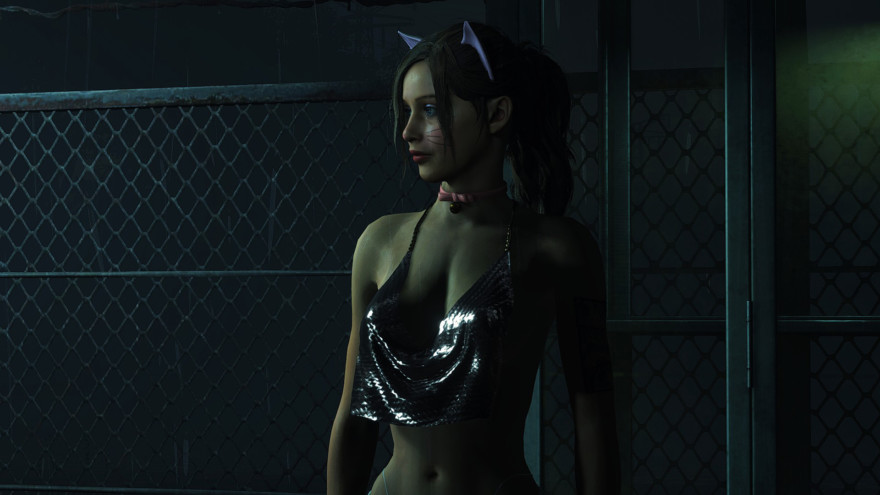 Fancy Elza in a cute kitty outfit? Fret not. We’ve got just the thing. Claire Katz allows gamers to change Elza walker’s outfit to a Claire Katz outfit, which is based on the gorgeous American cosplayer, model, and actress Liz Katz.

The mod comes with two versions, one which is PG friendly with a skirt while the other one is without it! Talk about spreading rumors in Resident Evil 2!!

Trainer files have been around for decades and are great for those who want to play the game without any challenges. The ultimate trainer is a mod for Resident Evil 2 remake that ensures a lot of nifty features great for*cough* noobs *cough* all types of gamers.

The mod allows gamers to walk through walls, adjust settings to their liking, infinite ammo, one hit kills enemies, healing, and more. It also has options like stronger enemies, healing enemies, enemy speed, and size adjuster for those looking to make it more challenging.

Bear in mind, the game is already challenging, especially if you play it in hardcore mode. Nonetheless, the ultimate trainer has something for everyone. 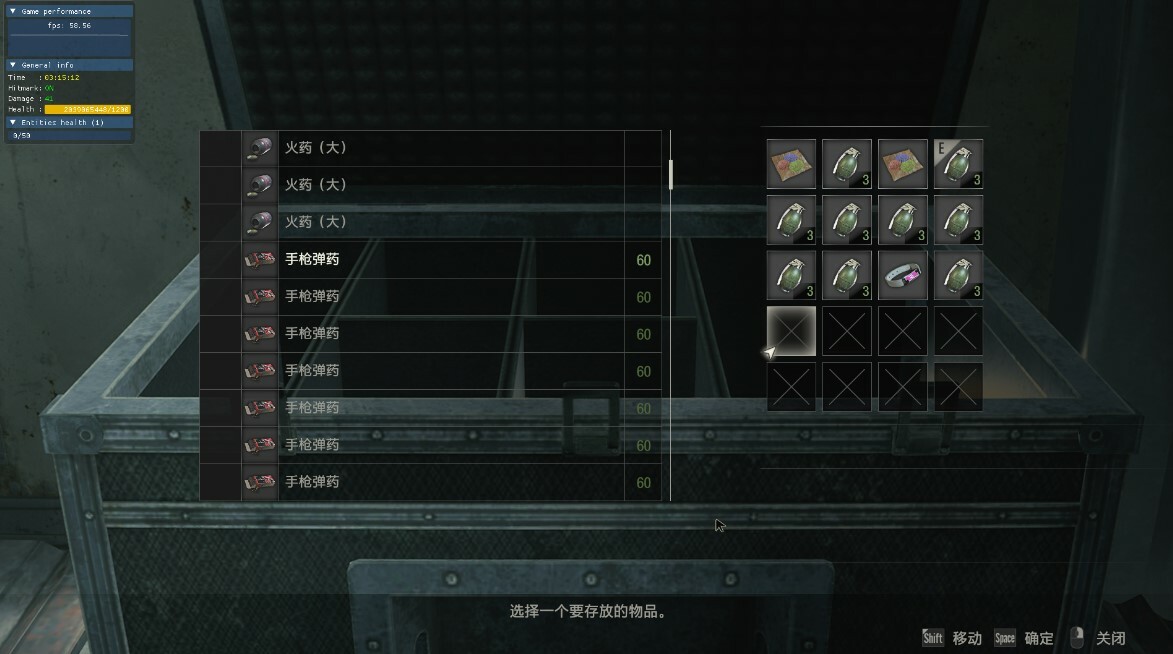 We’ve already discussed a mod earlier that enables full pack ammo. However, with that mod, portable safes turn into spare keys as well. If you don’t want the latter, we suggest getting full pack ammo.

The mod allows gamers to have full packs of ammo for Leon and Claire with additional 3 hip pouches, which you can load out according to your liking. Make the game challenging with existing portable safes but also a bit interesting with a full pack of ammo.

9. Everybody’s Gone To The Rapture 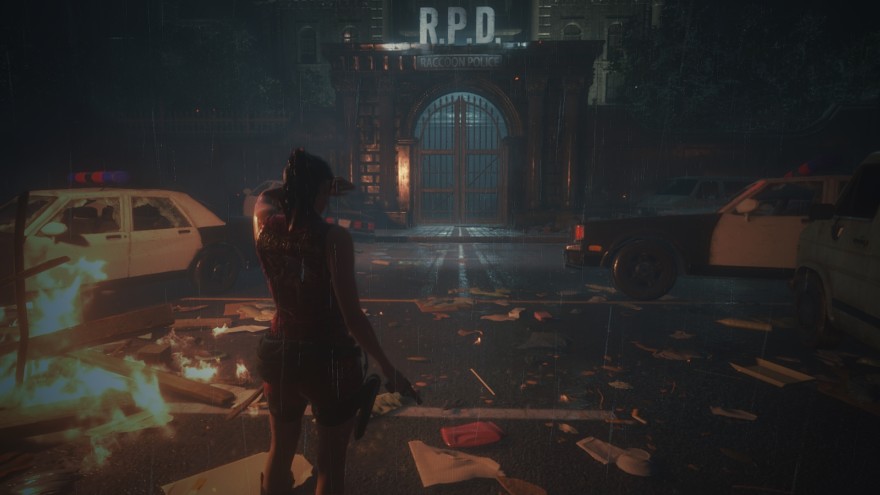 Resident Evil 2 is known for its stunning graphics. The way Capcom recreated the entire Raccoon City in HD is truly remarkable. Every place on the map will leave you wanting for more, but the zombies keep getting in the way.

Not for long! Get everybody’s gone to the rapture mod and enjoy the game in peace. The mod removes all enemies in the game except the main bosses allowing gamers to take their time and marvel at Capcom’s take on the original Resident Evil 2.

Walk around the map with no enemies, revisit the entire storyline again and search for things you left out when completing the game for the first time. 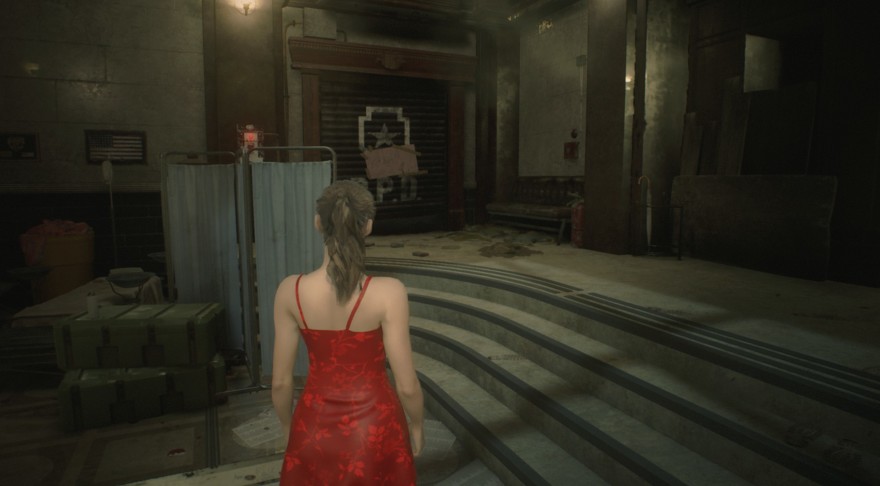 This mod might tickle your fancy more than you would think. Let your inner otaku out by adding the real dress mod. The name might not sound appealing or suggest anything. However, trust us, it’s great.

The real dress mod demonstrates the physical simulation of Claire’s dress, making them feel more lifelike as the dress moves according to how you move the player.

Wait a minute, that’s not all. The latest update has incorporated physics on Claire’s breasts and buttocks on the left and right side. How great is that? Don’t answer yet. Check the mod out and thank us later. 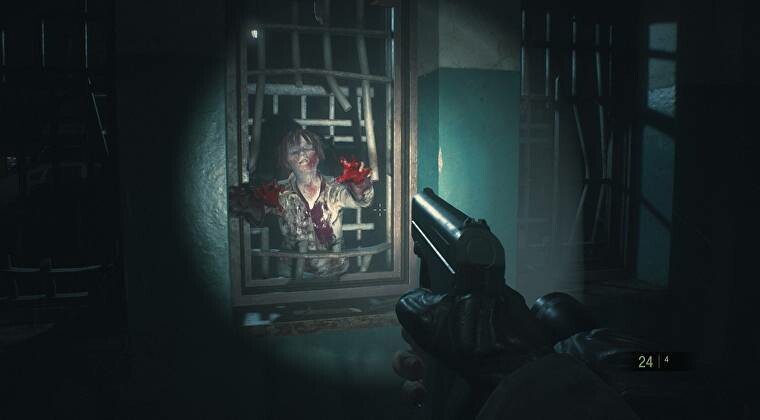 Many of us loved Resident Evil Biohazard for itsfirst-person point of view. It made the game easier to play for those that are used to playing call of duty, battlefield, and many more.

The first-person point of view allowed gamers to take great aims while playing comfortably. If you’re one of those gamers that enjoyed the fresh take brought by Resident Evil Biohazard, then you can’t miss out on this great mod.

First-person camera allows gamers to play Resident Evil 2 in the first-person point of view rather than third-person.

6. Headshots And Almost No Items 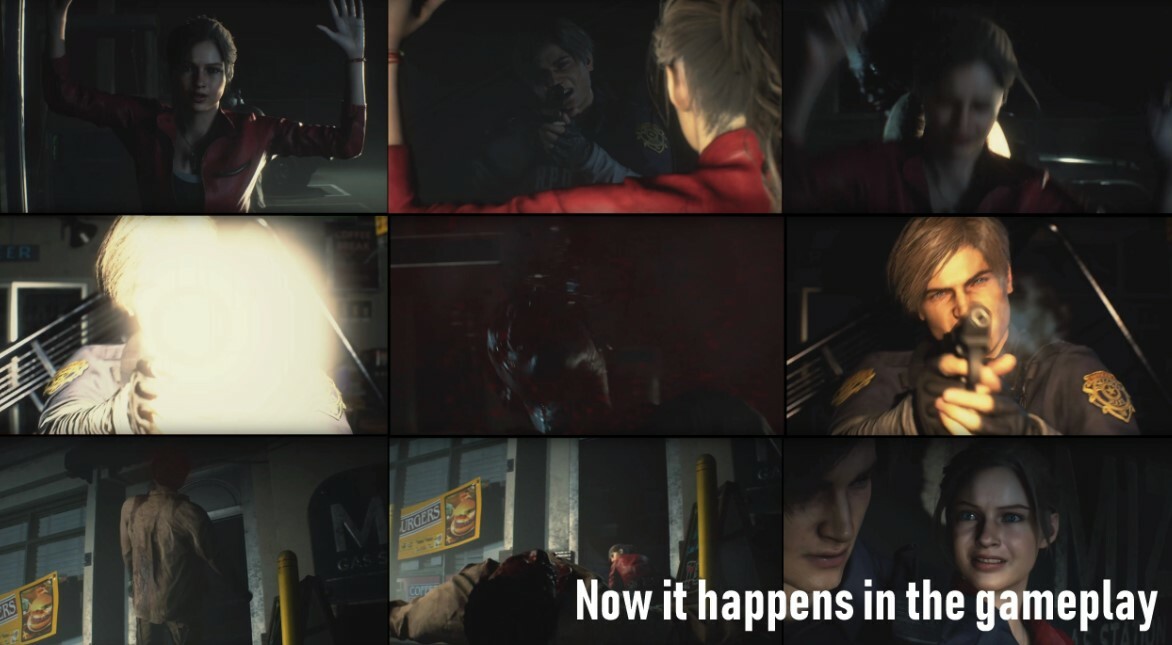 If you’re one of those people that play the games on hardcore or even those gamers that enjoy making the game more challenging, then this mod is perfect for you.

Headshots and almost no items make enemy weak spots (the head, of course) much weaker allowing you to take them down with a single bullet. However, it removes herbs, first aid sprays, and other essential items, making it more challenging for gamers.

You need to be really good at aiming and if you miss a shot every now and then, prepare to be zombie food. 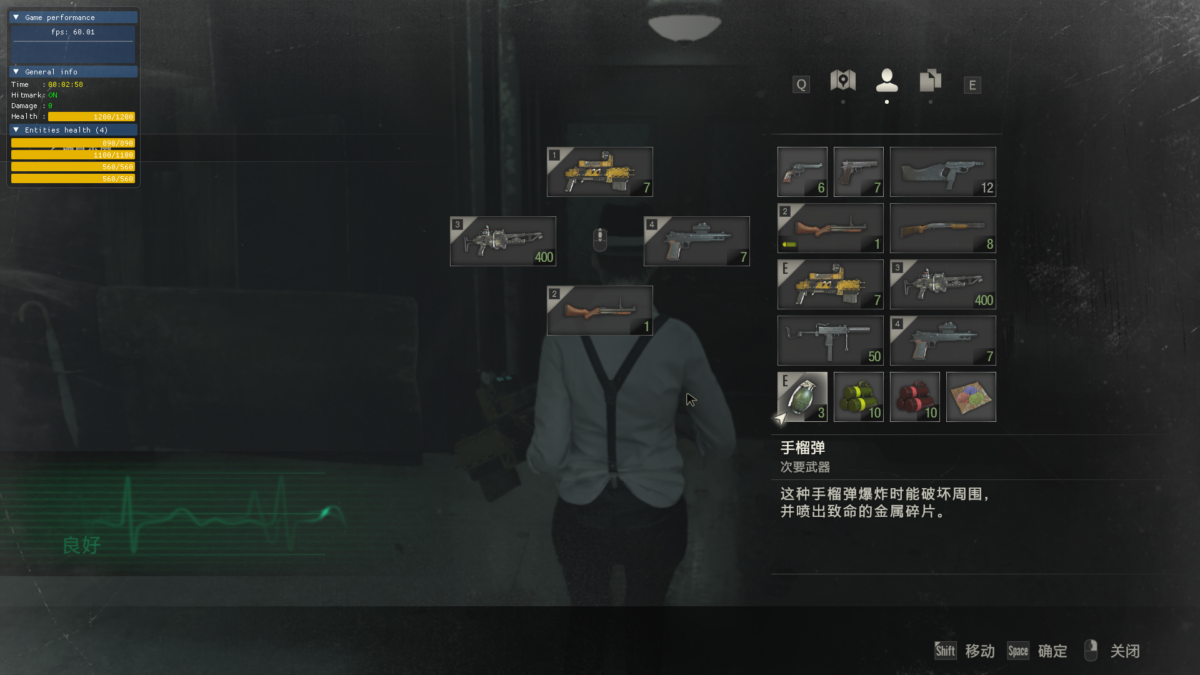 If you played the original Resident Evil 2, we’re sure that you must’ve used a cheat code for unlimited ammunition. Well, if you haven’t, then you can use the weapon and ammo overhaul mod to spice things up a bit.

If you can roam around killing bystanders in GTA, then what’s stopping you from unleashing hell on them nasty zombies. This mod allows gamers to use any weapon in the game regardless of their character, while all ammunition is full packs.

It even replaces portable safes with spare keys. It’s time to show the zombies who’s the boss. Unleash full military wrath on them by blasting them off with a rocket launcher. Be sure to maintain your distance, though! 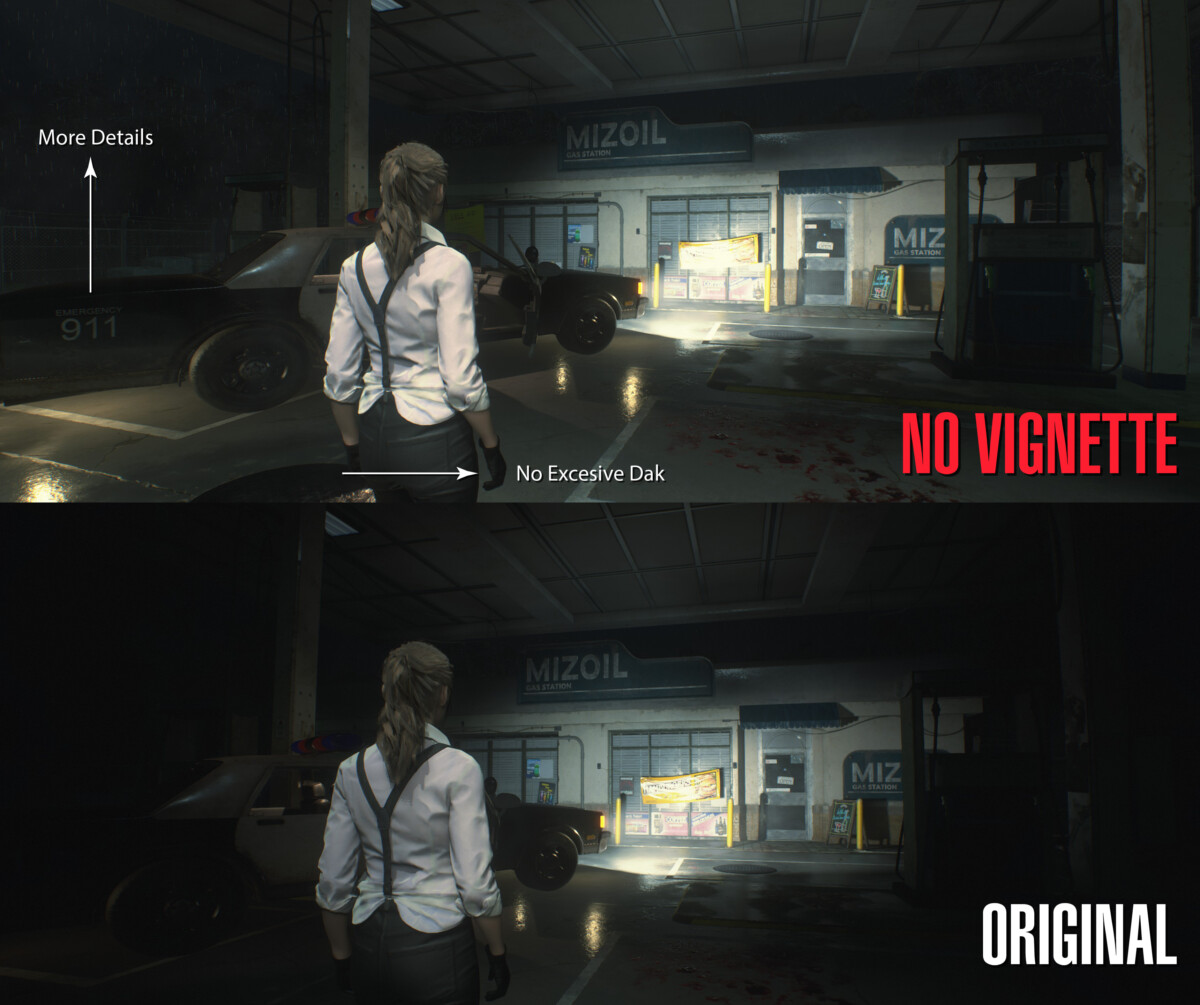 When you’re playing the game for the first time, there is one thing that is quite noticeable; Vignette.

This is the darkness around the screen that creates an uncomfortable vibe making gamers tense and claustrophobic. It is the perfect ingredient when creating a survival horror game, and Resident Evil 2 nails it. However, it might be difficult for some players to view the surroundings without moving too much, while others might find the dark surroundings intimidating.

Either way, don’t worry. No vignetteis the right mod for you. The mod removes the surrounding darkness making the game more visible and manageable. 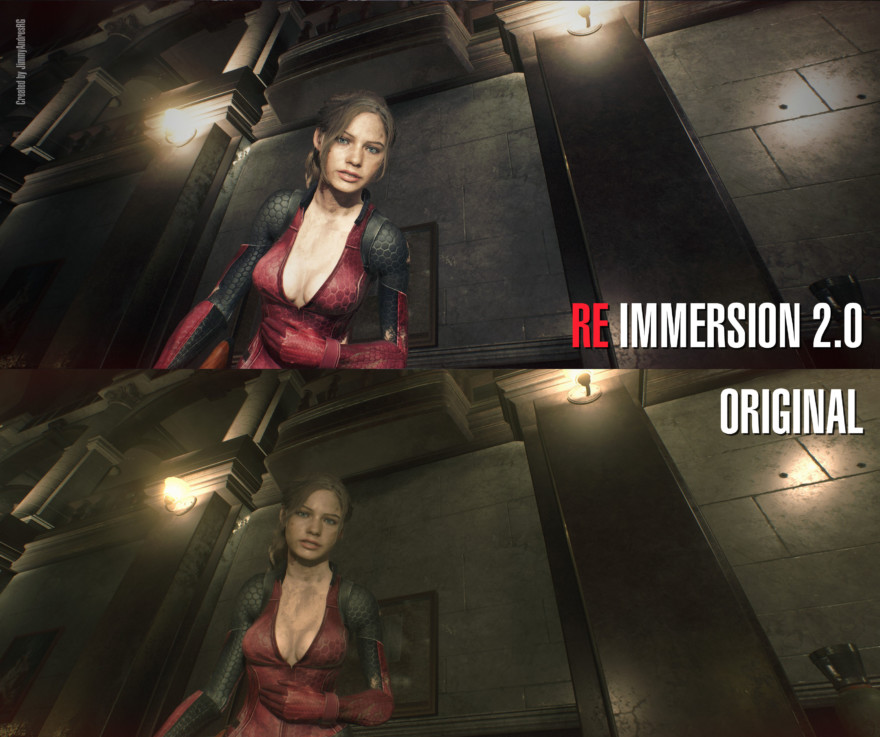 Although the Resident Evil 2 remake has stunning graphics, this next mod will take it up a notch. Reshade 2.0 gives gamers a more immersive experience by enhancing the game’s visuals.

The mod brings in more natural colors that appeal to the eyes while demonstrates a larger sense of depth, making it look like you’re watching a movie. If aesthetics is everything to you, then you can’t miss out on this remarkable mod. 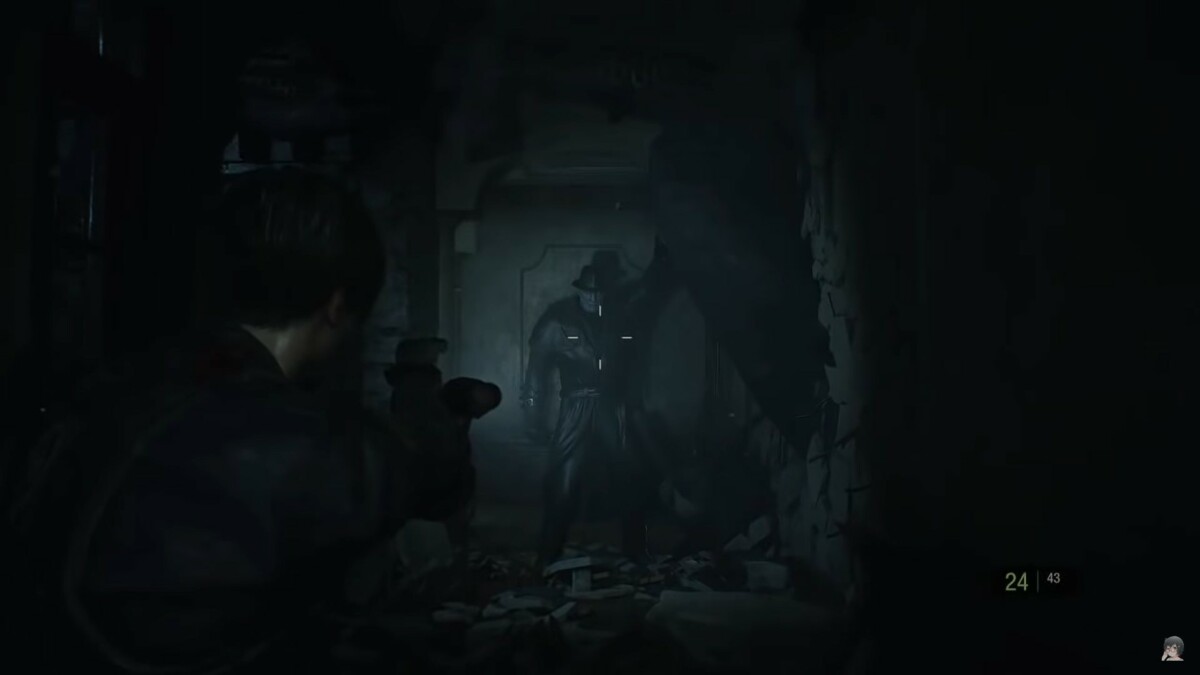 We all know that gamers and memes go hand in hand. There are many mods that directly affect Mr. X, like removing his footsteps and replacing them with squeaky sounds or stripping Mr. X of his clothes if you’re into that sort of thing. However, X Gon Give It To Ya is one of Mr. X’s best mods out there and deserves to be on this list.

The mod adds a certain level of humor to Mr. X by playing DMX’s iconic song whenever Mr. X is after you. It’s perfect for those who want the game to be challenging with Mr. X in it and comfortable playing by adding music instead of terrifying heart racing footsteps. 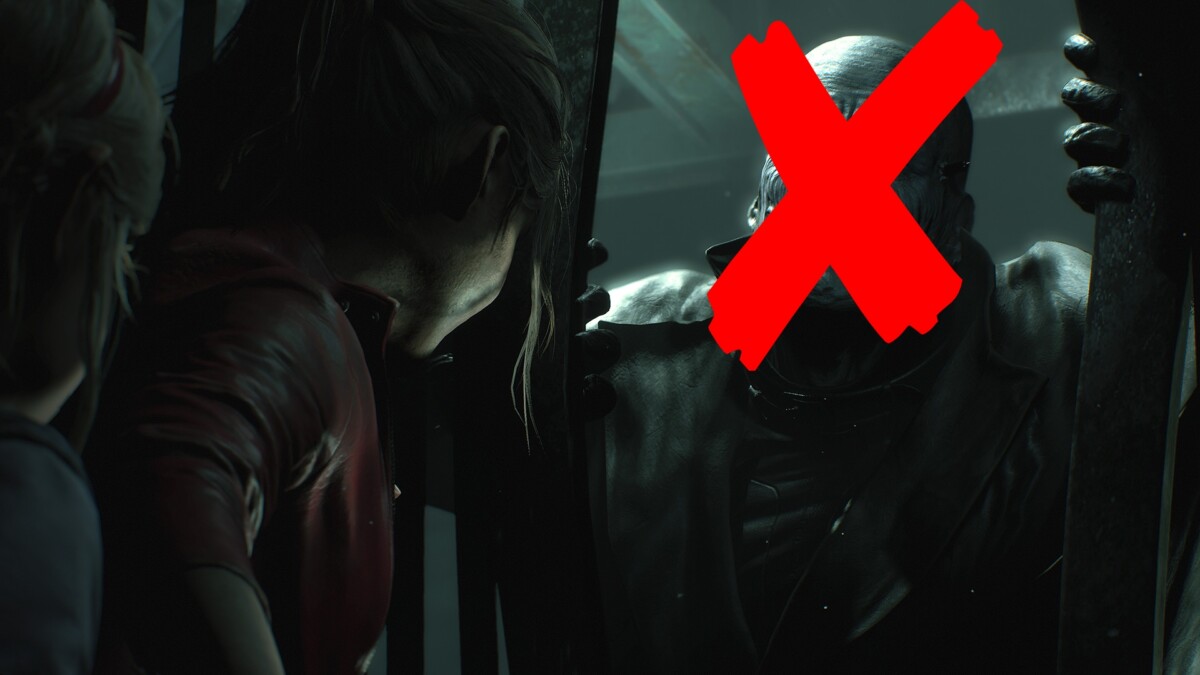 The entry of Mr. X in the game is nerve-wracking and exhilarating, leaving some gamers terrified while fans ecstatic.

The game is definitely in-complete without Mr. X. However, if you wish to play the game peacefully rather than being stressed out at the thought of Mr. X and his booming footsteps coming near you, then this mod is for you.

X No More will eliminate Mr. X from the game, completely leaving you to explore the map without the thought of a tyrant pursuing you throughout Racoon city.