Zombie games may be more than a little common nowadays, but 7 Days To Die, with its sandbox nature and versatile, varied gameplay, has attracted a sizable fanbase.

And of course, with a sizable fanbase comes a sizable number of mod developers. The game may not be out of early access yet, but there’s still plenty of players out there doing their part to improve the current experience.

Below, we’ve listed twelve of our favorite mods that 7 Days To Die players have developed for the game.

We should probably note, though, that due to the fact that the game is still in early access, it’s still receiving frequent updates.

As a result, it’s fairly common for even popular mods to suddenly stop working properly in the game’s latest version. Keep that in mind when perusing them.

1. War of the Walkers

It seems a little odd that a game that isn’t even finished development should already have a total conversion mod, but really, it’s a testimony to what a dedicated fanbase7 Days has already gathered.

Either way, if you’ve been playing the game for a while, and would like to change things up a bit while waiting for the next major update, War of the Walkers is the mod for you.

Changing the gameplay pretty heavily, this mod adds such features as farming, mining, neutral NPCs, and various fresh features to the experience.

Admittedly, there is a chance that some of these features will be added to the game officially in future updates. Until then, though, this is a nifty way to change up the experience and explore the game’s future possibilities.

This is the sort of mod that any game ought to have – the kind aimed at players who enjoy the base game as it is and simply think that it needs to be a bit more challenging.

The 7 Years To Die Survivor mod does just that. Centered on the concept of being set seven years after the start of the apocalypse, this mod throws you into a situation similar to the vanilla game but much more challenging.

Food, ammo, and other essential supplies are much scarcer, leveling up happens slower, and a great variety of other small tweaks combine to ensure that the game retains the structure of the base game while being way more challenging.

It’s overall something any experienced 7 Days player ought to try. 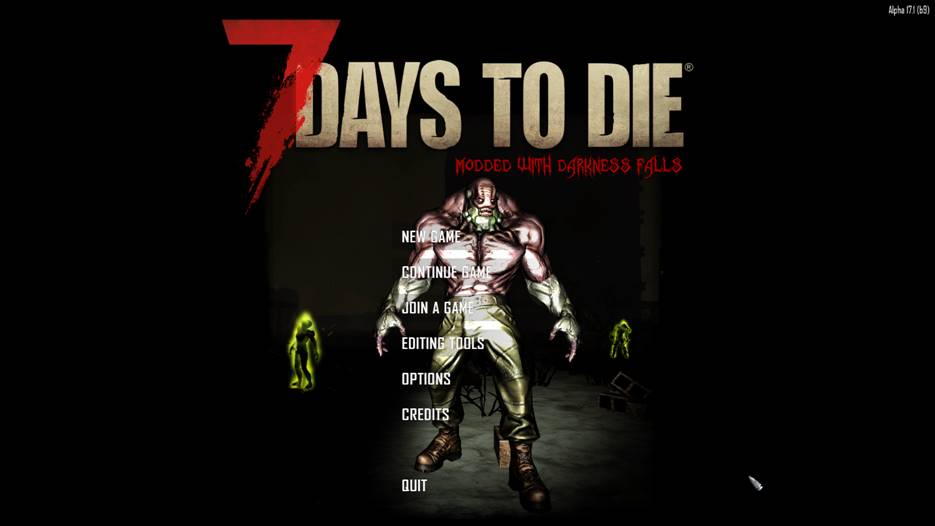 Darkness Falls is essentially a husband-and-wife team’s effort to iron out the various elements of 7 Days To Die that they, as avid players, felt needed to be improved. And that, really, is the essence of what any mod should be.

Darkness Falls adds a great variety of improvements and additions with no particular theme to them. There are classes added; there’s a new type of zombie; there are new types of food, and guns…the list goes on. 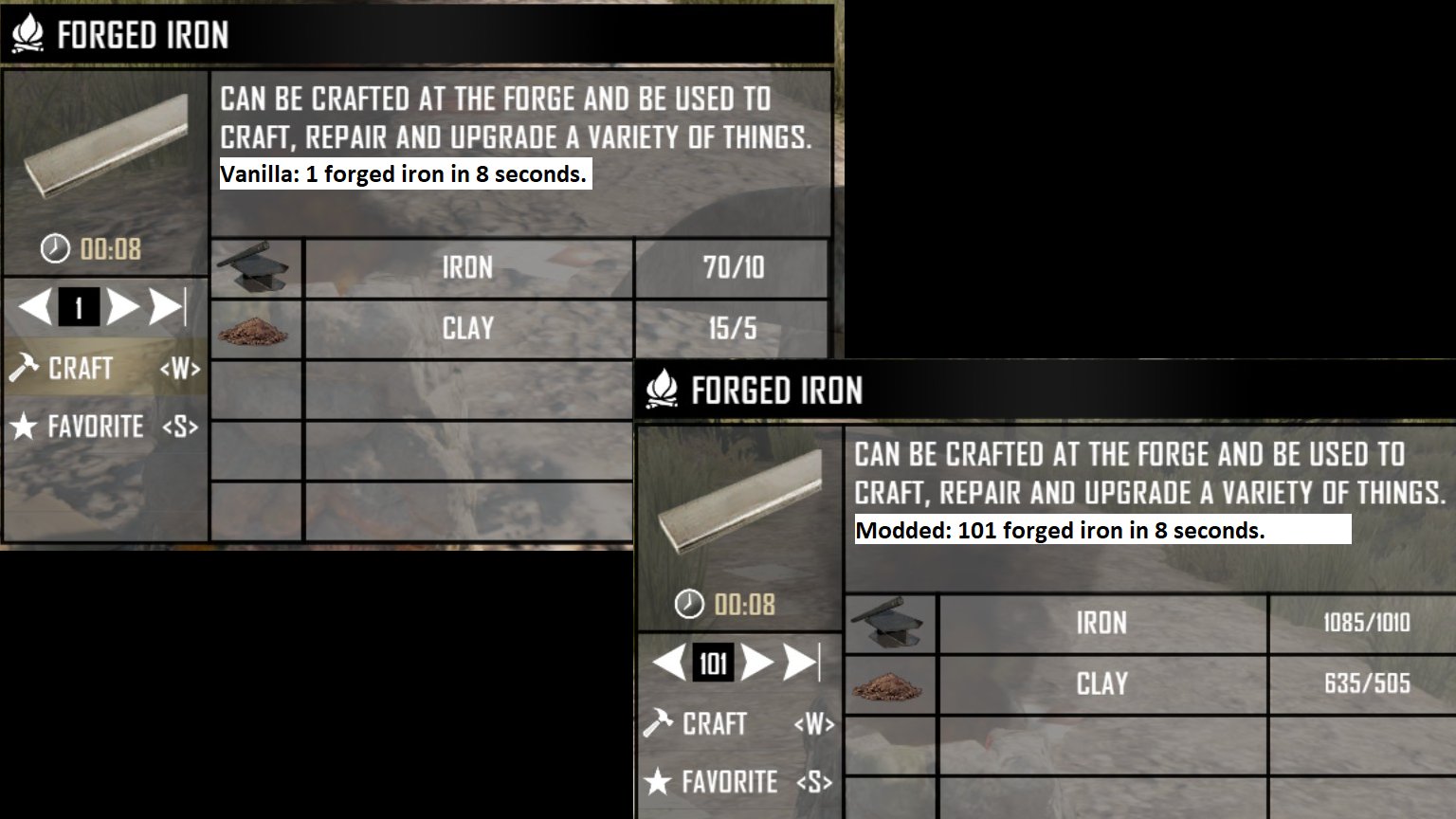 Like most modern survival games, 7 Days To Die has crafting elements. And while players generally enjoy the concept of crafting, it’s somewhat divisive how it takes so long to do.

Sure, it’s realistic, but not everyone plays games about surviving zombie apocalypses for realism.

And that, of course, is why mods like Faster Crafting exist. It’s right there in the name: this mod makes the crafting process faster.

If you’re okay with the slight sacrifice of realism, this mod can really make the game as a whole feel a bit more satisfyingly paced. 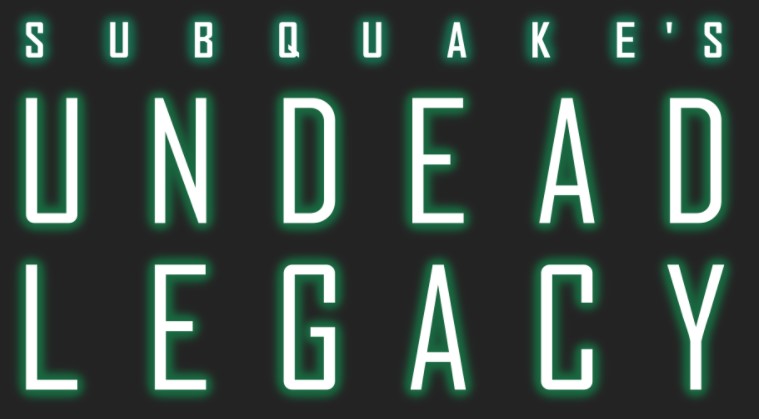 There’s a variety of new vehicles, weapons, and tools to help you make your way across this post-apocalyptic wasteland.

There’s a revamped encumbrance system based on the weight of items rather than simply inventory slots. There’s a new UI that provides more detailed readouts.

The list goes on, but basically, it’s another nifty effort by the community to iron out some of the issues while we wait for official improvements. 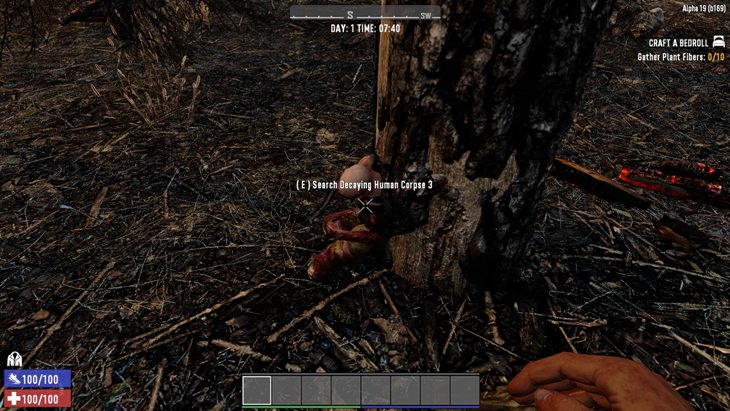 A few years ago, the 7 Days To Die developers made the rather controversial decision to make dead zombies no longer lootable.

The developers stated that the intention was to reduce clutter, but many players were dissatisfied with the decision, saying it took some of the satisfaction out of exploring and killing zombies.

Naturally, in response, mods like the Lootable Zombies mod were inevitable. This mod adds unique loot to both zombies you’ve killed and static zombie corpses already in the environment.

Besides giving you an extra edge, it really lends an extra level of reward and satisfaction to the game. 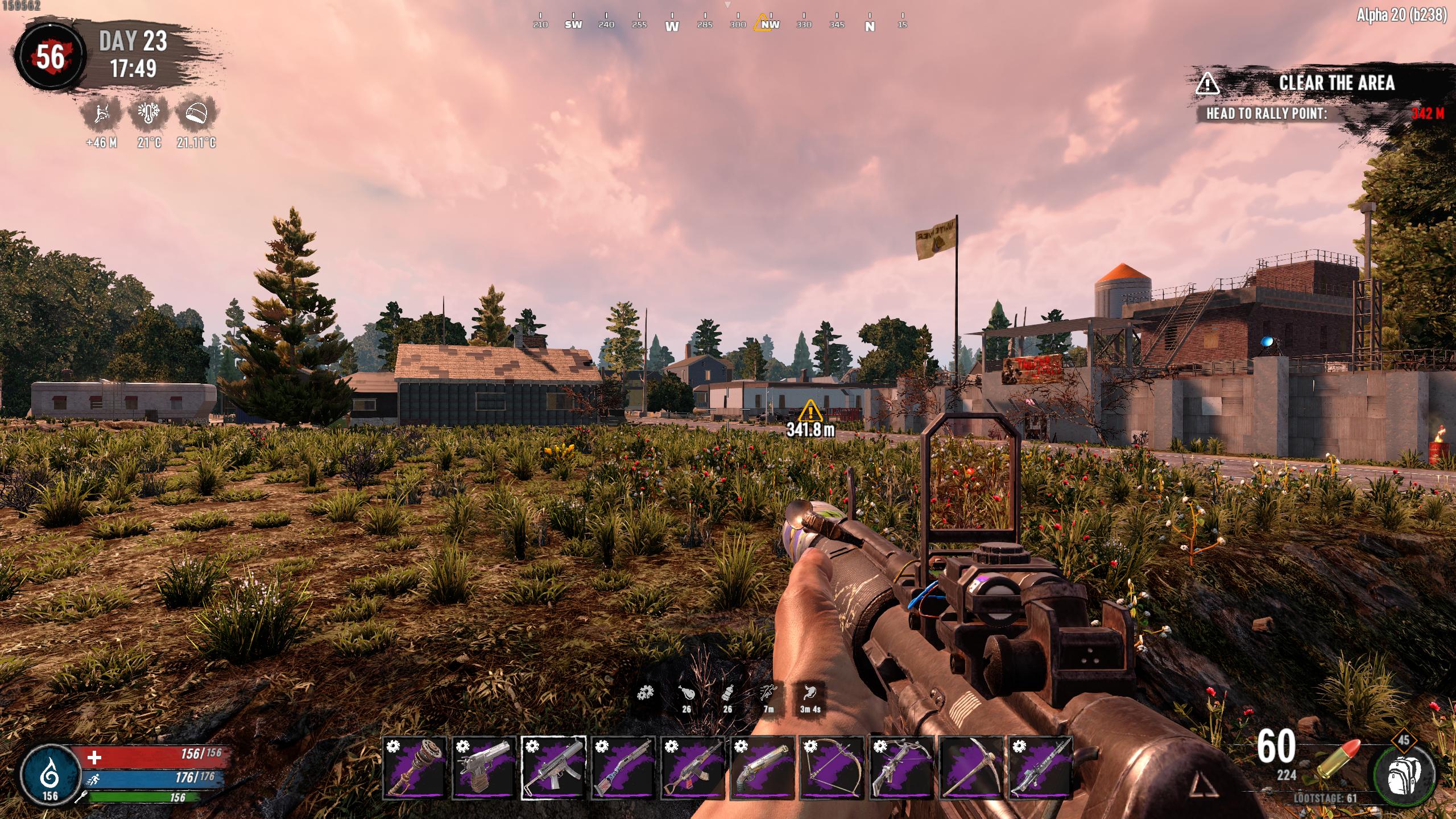 A collection of various tweaks, SMX is centered on revamping the game’s user interface. Most notably, it gives the whole thing a grimier, rougher aesthetic, which, needless to say, feels a lot more appropriate in a game set in a zombie apocalypse.

A UI interface may not sound like a drastic change on the surface, but given how often you tend to pull it up in 7 Days, the change is notable, and it’s currently one of the game’s most popular mods.

There are lots of overhaul mods centered on adding NPCs, of course, but if you don’t want all their extra features, then mods like this one are what you’re after.

As the name implies, the NPCs mod adds NPCs to the game, something which the official game hasn’t really done so far, traders aside.

These NPCs don’t just mill around, either – they can be hired as companions, and ordered to follow you, stand guard, and various other useful roles.

Until the game officially adds NPCs, mods like this one can do a lot to make 7 Days‘ apocalyptic world feel a bit more living and breathing. 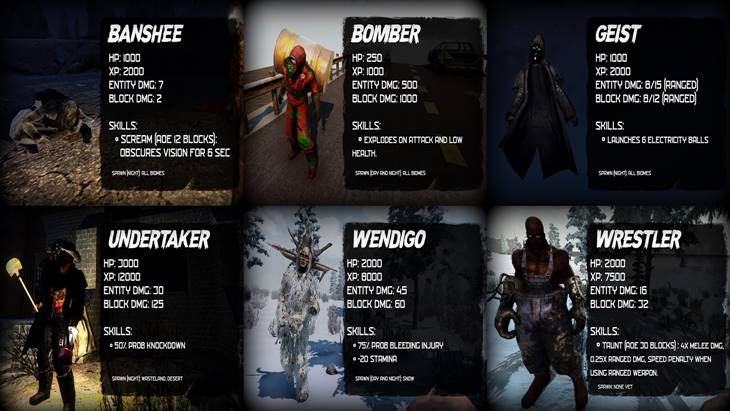 Like many other modern forms of zombie media, 7 Days To Die puts a spin on the standard zombie setting by introducing a variety of new kinds of zombies.

Naturally, mods like Server Side Zombies have taken it upon themselves to build upon this concept further.

This particular mod adds no less than 15 new kinds of zombies, each one with its own unique design and features, to give the player a few new things to be cautious of. 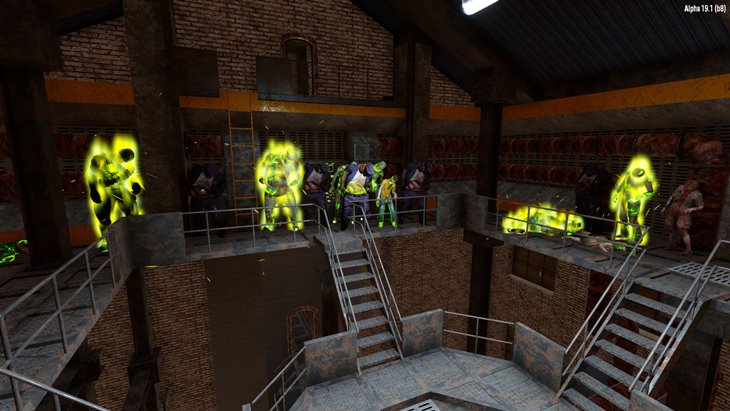 Another mod centered on adding new zombies to the game, the Elite Zombies mod, as the name implies, adds six new zombies that are specifically designed to be tougher and deadlier.

It’s ideal for the experienced player who’s after both some more variety and a bit more of a challenge. 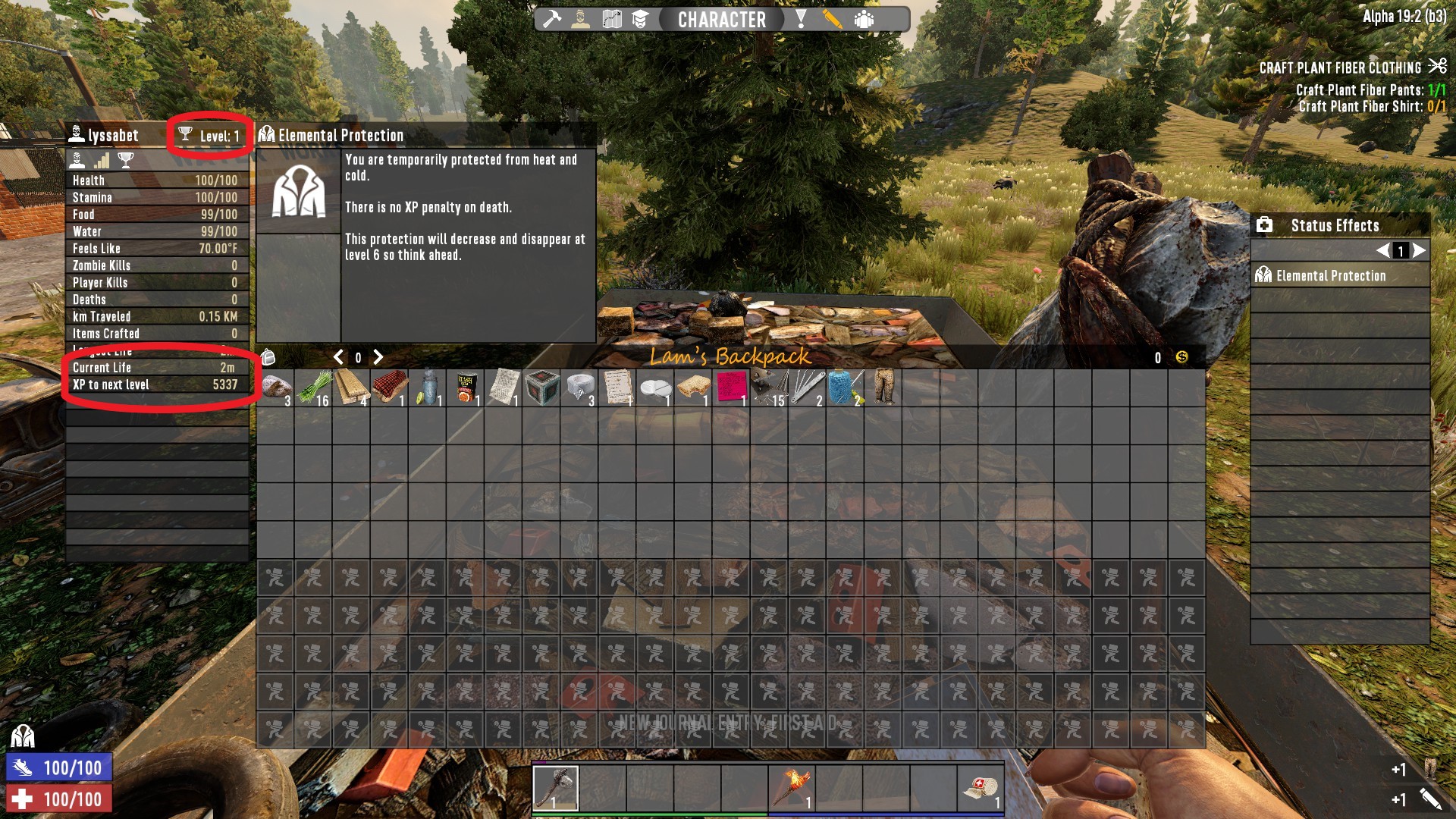 The Faster Levelling mod, as the name implies, levels the player up faster. On the surface, it sounds like cheating, but in reality, it’s ideal for experienced 7 Days players who are starting a new game.

For one thing, it allows you to access perks faster, letting you experience more of them quicker. For another, leveling up faster means advancing to higher game stages sooner.

This, of course, means that the game gets challenging quicker, ideal for the more practiced player. 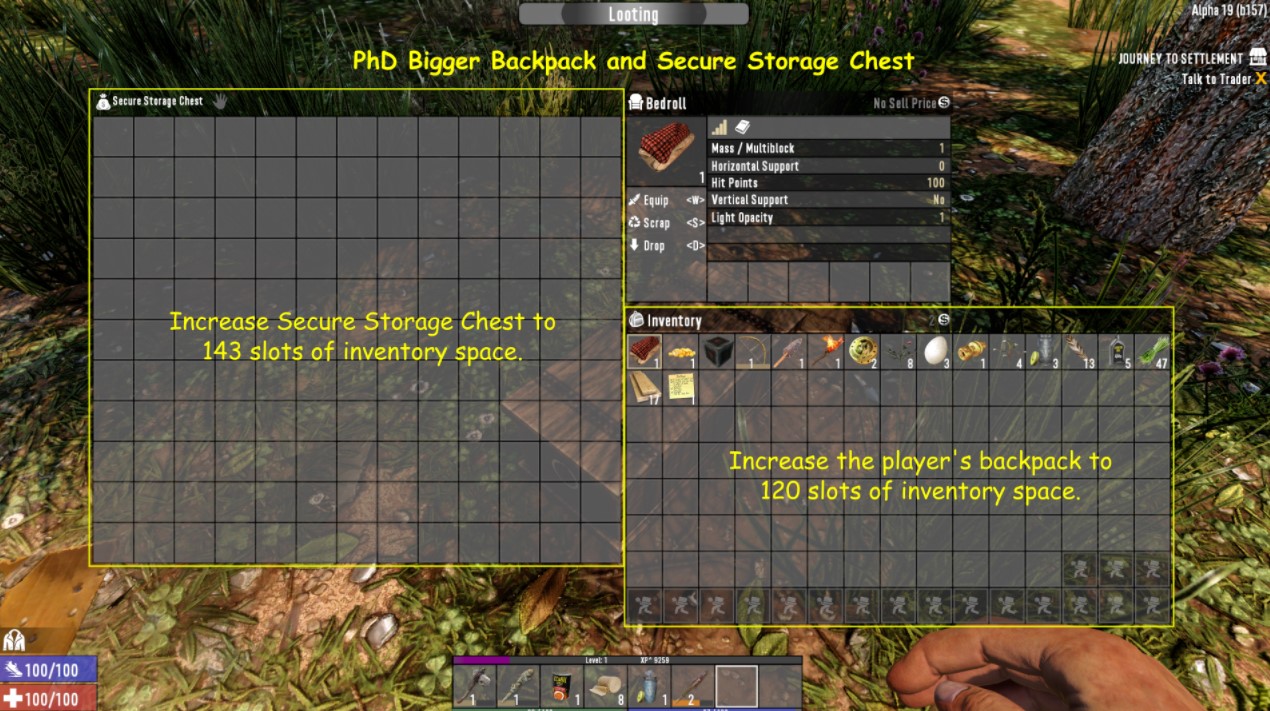 Games centered around gathering resources and crafting items invariably involve having to manage a great variety of bits and pieces.

And when you’re on a lengthy trek across the post-apocalyptic wasteland or trying to find a place to keep all your bits and bobs at your base, it can be tremendously frustrating to find out you’re running out of space.

Simple mods like the Bigger Backpack & Secure Storage Chests mod make the simple but highly convenient tweak of allowing you to put a few extra things in your inventory and storage spaces.

It’s a small thing but can save you a whole lot of headaches when it comes to managing everything you’ve gathered, which, in turn, makes the game that much more enjoyable.