Anime would be nothing without its smug anime girls.

Whether they’ve got an ego and they’re unafraid to show it, they’re unusually sadistic, possess a large hubris in their respective field, or are genuinely dismissive as people, we’ve got 30 of the greatest here for you today.

Prepare for plenty of attitude, sarcasm, and intellectual superiority, we’re going in!

Beatrice is the mysterious mage of the library of Roswaal, tasked by him to protect his books from intruders or thieves. She’s a fanatic mage and reader, always with her nose in a book due to being unable to leave the mansion.

Despite being unbelievably crass and cold towards characters (mostly Subaru), she is willing to defend those who are harmed in front of her at any odds and refuses to allow wrongdoing to be committed in her view. 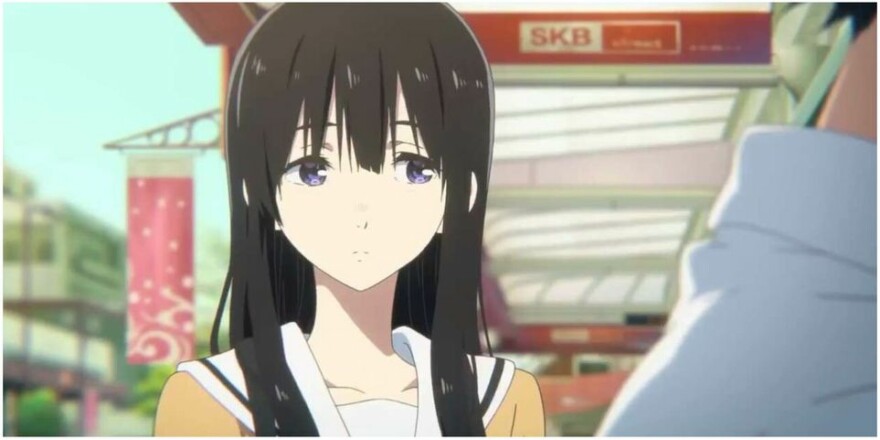 Naoka is a bully and a coward. Let me get that out there. She is my least favorite character in A Silent Voice.

She’s always shifting blame and unwilling to accept her own failures near-enough to the very end.

Known as the God’s Tongue, Erina is incredibly snobbish. She is smug over near enough anything, but particularly when the subject pertains to food or culinary dishes.

Then, she will go off on you. She will shame you and make you feel pitiful due to her remarkable taste buds, prestigious upbringing, and lack of time for those who can’t impress her. 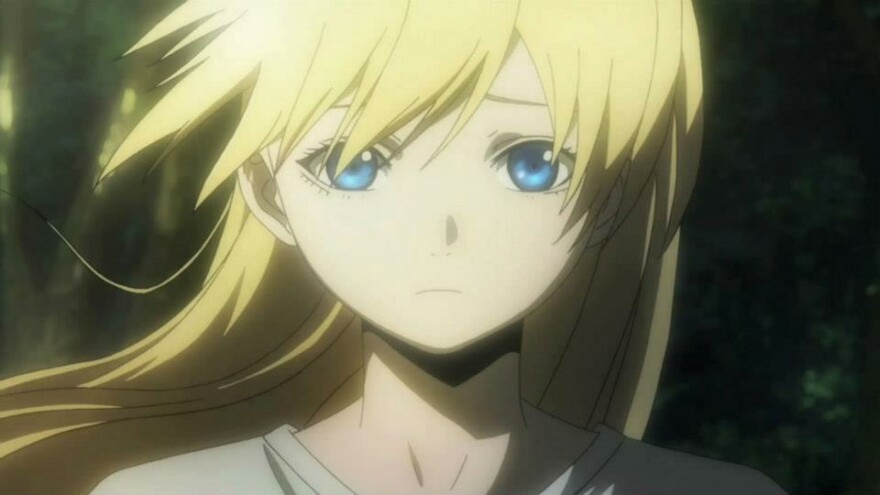 Himiko is the other protagonist of Btooom! and one of the best characters in the series, despite the unceremonious and often unfortunate circumstances she finds herself in.

Her attitude stems from the unfamiliarity around them and the understandable fear she has for males, and so she manifests that through curt and violent reactive gestures and rude remarks.

Nao is Charlotte’s other main character and perhaps the most recognizable of the main cast thanks to her stellar design – and generally not being insufferable like some of the other characters.

She’s quite narcissistic and puts her own qualms and concerns above others, brushing their concerns away when she needs them. 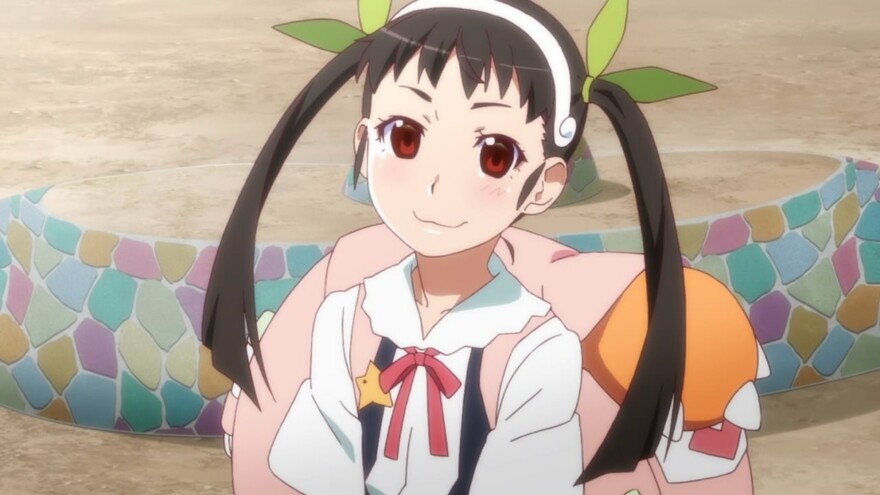 One of the Bakemonogatari series’s central characters, Mayoi, is the spirit of a fifth-grade school girl who doesn’t trust strangers and perpetually finds herself lost.

When she befriends Araragi, she reveals her true side: incredibly playful yet unforgettably smug!

Mine Fujiko is as seductive and confident as she is greedy and smug, willing to throw a little bit of dirt on the heap if it nails her point home a little more.

Her character changes depending on director and iteration, but she, in general, maintains that same aura of vixen-like egotism that we know and love. 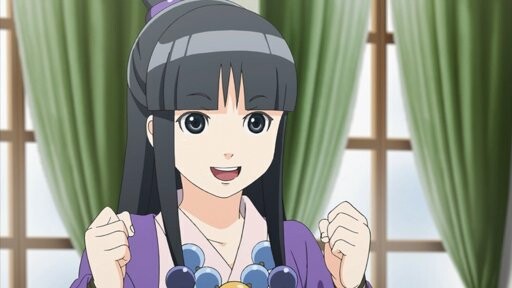 Known as Mayoi Ayasato in the original version, Maya is a really sweet and lovely girl who strives to help people and fix problems.

However, sometimes her attitude can get the better of her, and she can act quite rude and self-conceited based on the context and her own interests. She always means best, though!

Satoko is the cheeky monkey member of the Higurashi cast, using her small stature and young disposition to get away with pranks and teasing throughout the series.

Her smug attitude and mocking comedic sensibilities stand in stark contrast to her traumatic background and some of the show’s darker moments. 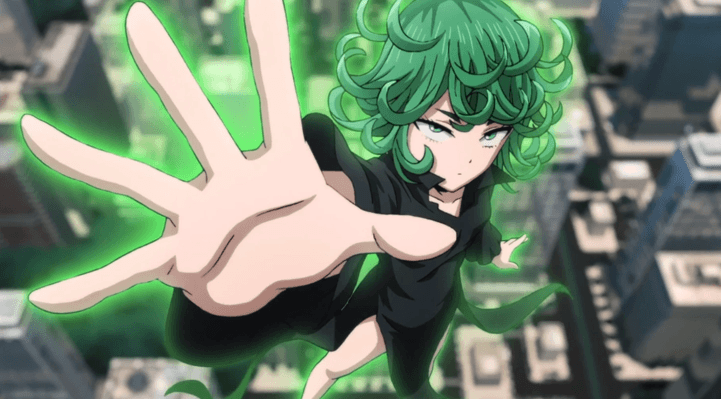 Tatsumaki is a small woman ages 28 who is often understandably misconstrued for being far younger.

She’s also the Second Ranked S-Class Hero, capable of great amounts of esper power when she sets her mind to it and is rather curt and dismissive of those who don’t give her respect. This can lead to some latent smugness coming out on occasion.

Celestia is the Ultimate High School Level Gambler, renowned and popular for her poker face and exceptional skills at gaming. She’s delicate, prestigious, and carries herself with care.

In reality, she’s quite rude and braggish, condescendingly talking down to those who cross her and going completely crazy to those who wrong her. 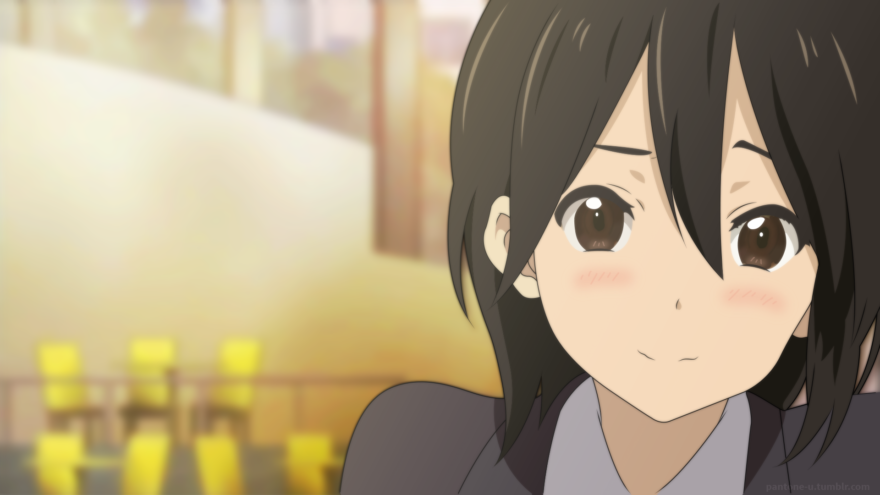 Inaba is the stand out character of Kokoro Connect, which is saying a lot considering the show relies on its strong characterization.

Her sharp and logical attitude can result in a blunt aloofness and tendency for arrogance, however beneath that is a soft interior that is explored throughout the series.

Darling in the FranXX

Zero Two is the stand out character of Darling in the FranXX, thanXX to her introduction and generally mature disposition.

However, that can manifest through a superiority complex towards humans, particularly the younger ones, that she holds hardly any reservations towards expressing. 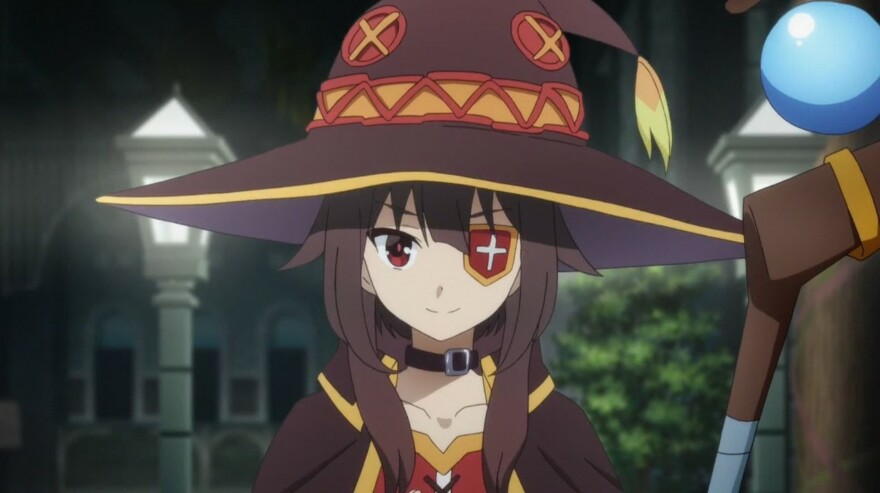 Megumin is the young arch wizard known for her chunnibyou mannerisms and tendency towards explosive magic types. Or, rather, one: an explosion skill.

She’s also very egotistical and believes she’s better than she is, and is never unwilling to vocalize her disaprovement or disappointment in a situation or person.

Kyouko is really a sweet, caring person who loves her fellow magical girls. However, if you flip your switch, she can go ham on you in an instant.

This is due to her tumultuous upbringing, leading her to have to steal for food growing up and developing edges due to this. 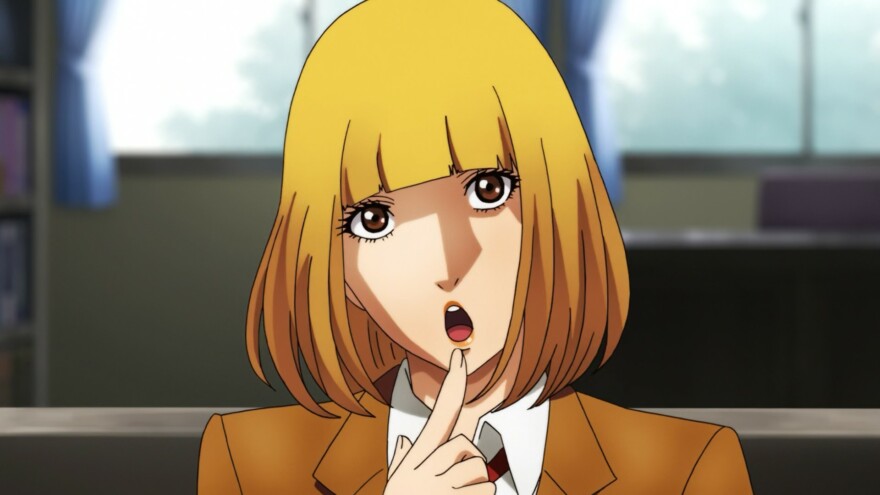 Hana is many people’s favorite Prison School character, and for good reason. Sporting an amazing design and voiced by the stellar Kana Hanazawa, she will stick in your mind by the time you’ve finished the anime or manga for better or worse.

Much like the other members of the Underground Student Council, she is relentless and sadomasochistic in her approach towards those who break the rules and will talk down to those who push back.

The Flowers of Evil

Nakamura isn’t just a snob, she’s straight-up rude. At times, a sociopath. Despite this, she’s one of the most compelling and complex characters throughout.

She is the epitome of an anime bully in my eyes, playing on the main character’s insecurities and fears in a masterful way, verbally and physically. 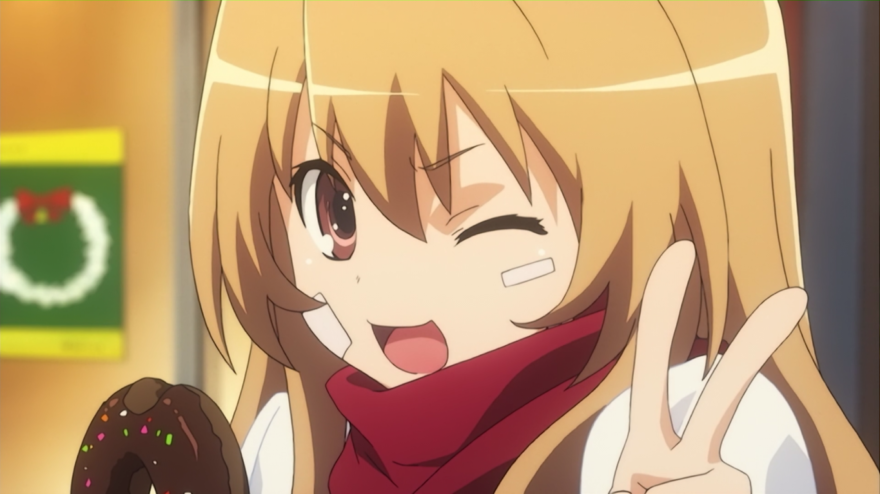 Taiga is one of the main characters of Toradora! She’s small but fiery as all hell and has a temper like no other. Her comments can range from dismissive and curt to outright offensive and nasty.

Thankfully, there’s a backstory that unravels the reasons why she acts the way she does, and she simmers down throughout the show. Otherwise, she’d be insufferable!

In our first true introduction to Hitagi Senjougahara, she threatens to staple the main character’s cheeks. She then does staple them and presumes to do far more worse things throughout the series.

Despite this incredibly rude introduction and character dynamic, she’s got a truly romantic and lovable core, making her not only a top snob but a fantastically written tsundere. 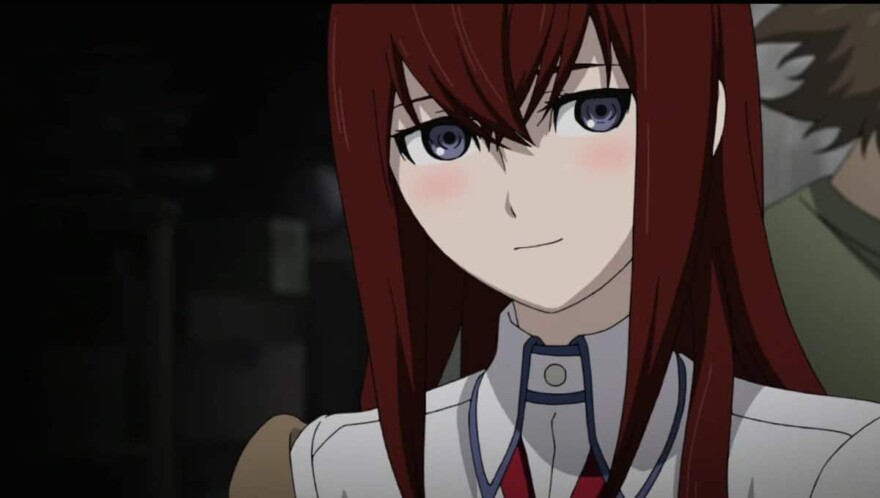 Makise is one of the best female characters in anime, in my opinion. She’s strong, capable, independent, and able to fight for herself intellectually against everyone. Despite this, she’s actually a really tender and loving person.

This is unless you catch her in an academic argument or condescend you in any way. Otherwise she will come at you with stats and figures like the scientific superstar she is and put you to shame.

Yukinon is known by many as the ‘Ice-cold Beauty’ of the school due to her frigid and characteristically stoic demeanor and attitude that makes most people want to avoid her.

She’s often seen reading a book, eavesdropping on conversations, and snorting dismissively whenever they say something naïve or what she considers silly. 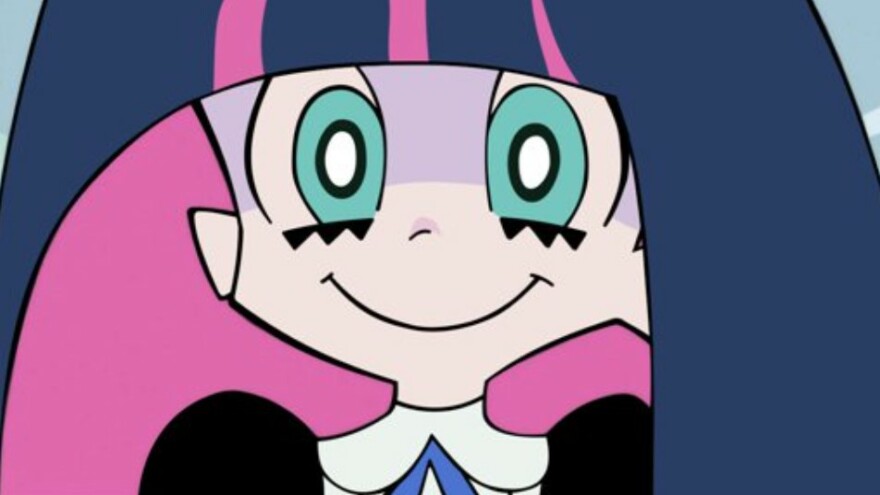 Panty and Stocking with Garterbelt

This is my favorite character voiced by Monica Rial, personally, as she brings the perfect amount of snarky attitude required for Stocking’s character.

She’s childish in most aspects and interests, appreciating the sweeter side of life more than anything, however, she can also be incredibly judgmental and prejudiced to the things that disinterest her and can send people down a shame spiral with a simple sentence.

Rin is one of the best characters in the Fate series, with what originally appears to be a stereotypical tsundere personality that unravels throughout the series.

She’s as condescending as she is witty and intelligent, yet when push comes to shove, she’ll protect anyone dear to her. 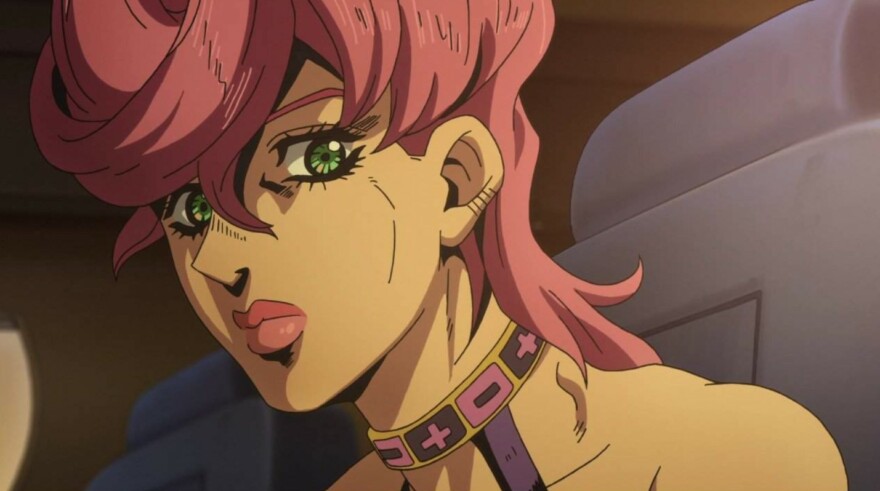 Trish’s dismissive, self-concerned nature is completely understandable. Forced to move around to protect her identity, Trish hasn’t been able to connect with people, and certainly not her father.

Until she opens up a bit more, later on, she’s quite standoffish with the cast of Golden Wind, requesting expensive luxuries and testing their patience at every step.

Supposedly immortal thanks to her Geass, C.C. is an unusual case. She can be dismissive, standoffish, abrupt, and curt, yet still cares.

Those who talk to her can sometimes feel inferior or even angered by her laxdisposition. The only person she really talks to equally throughout the show is Lelouch, and even then, she can occasionally lapse into her dismissive attitude. 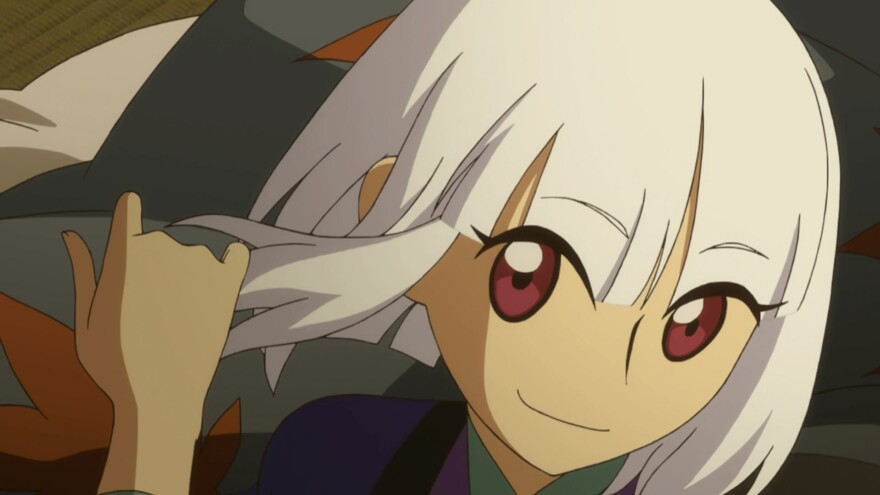 When Togame turns up at the island where Shichika lives and requests his help ascertaining the ’12 Deviant Blades,’ she does it with the most arrogant approach one could imagine given her circumstances. Luckily, Shichika is smitten by her and agrees to tagalong.

Throughout most of Katanagatari, Togame is perceivable as a smug and arrogant woman who has set herself a task way above her pay grade, hurling insults and remarks constantly.

Satsuki makes her apparent egotism obvious from her first appearance, declaring to those in ear-reach that they are all pigs and she is their queen. They all agree, naturally, and Kiryuuin returns to her throne room.

She is the epitome of smug from her introduction, however as the series proceeds and her true ambitions are made clear, much of her character is re-contextualized. 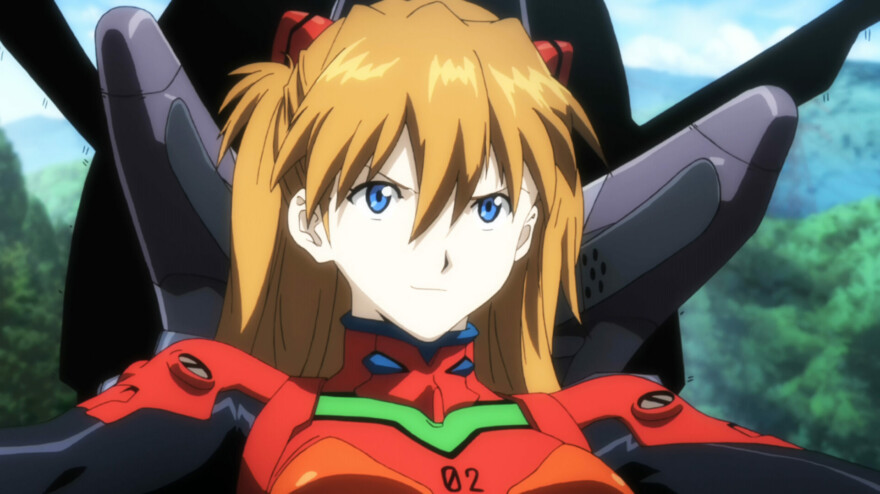 Asuka is very, very condescending. Particularly to her crewmates and especially towards Shinji Ikari. She’s the second child and believes she should be the first, holding reservations against those above her.

She’s far more complex than what she initially seems, however, and the latter half of the series deep dives into her psyche in a way that recontextualizes her smugness. This makes her one of the best smug anime girls out there!

Beatrice is the Golden Witch of Umineko and the main antagonist of the series. Her backstory is tragic, and the intrigue revolving around her existence and portrayal is one of the driving forces of the visual novel and anime.

Her smirk and laughter are two of the most iconic elements of her character. Together, they can send chills down your spine and make you feel as stupid as you are scared. 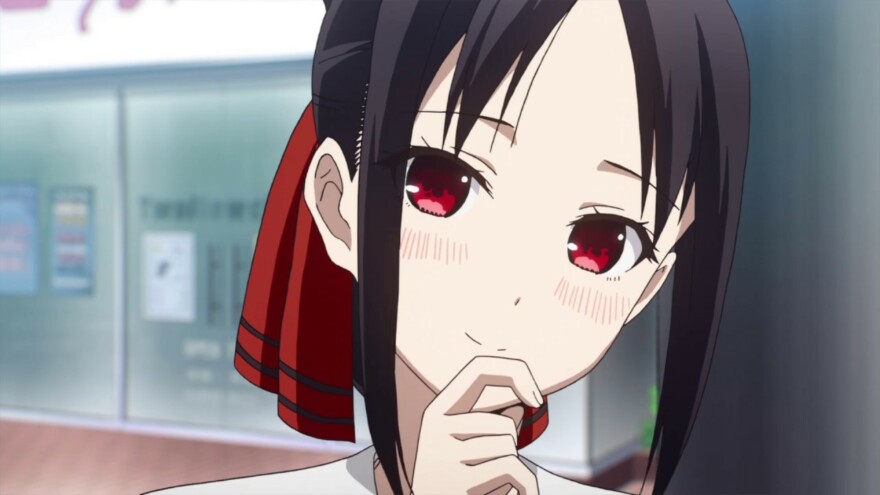 Kaguya’s smug face is one of the most iconic elements of a contemporary popular show. That face – the one where she looks down, and with a few words, destroys your being – has become synonymous with her as a character.

She’s the incredibly rich, ridiculously smart, unbelievably revered vice president of Shuchiin Academy and has the stature and position to enforce her smugness upon anybody.