Anime fashion and, more importantly, hairstyles have become one of the most recognizable features.

Crazy colors and even crazier styles, but sometimes the simplicity is all you need. Sometimes it’s as simple as a ponytail for fans to identify their Husbandos. 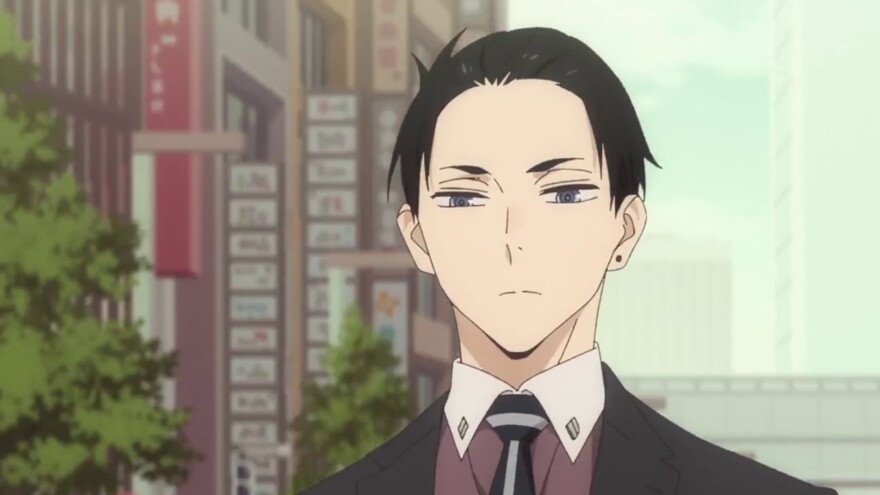 From Recovery of an MMO Junkie, Kanbe is the MMORPG avatar of college student Kazuomi Fujimoto, who works part-time at a convenience store. He is the guild master in his group of friends and acts as a support and the voice of reason.

He becomes online friends with Hayashi, who, offline, is Moriko Morioka, a 30-year-old career woman who quit her job to become a NEET but still struggles with her social anxiety and self-worth.

It doesn’t help that her online world and offline start to mix together. 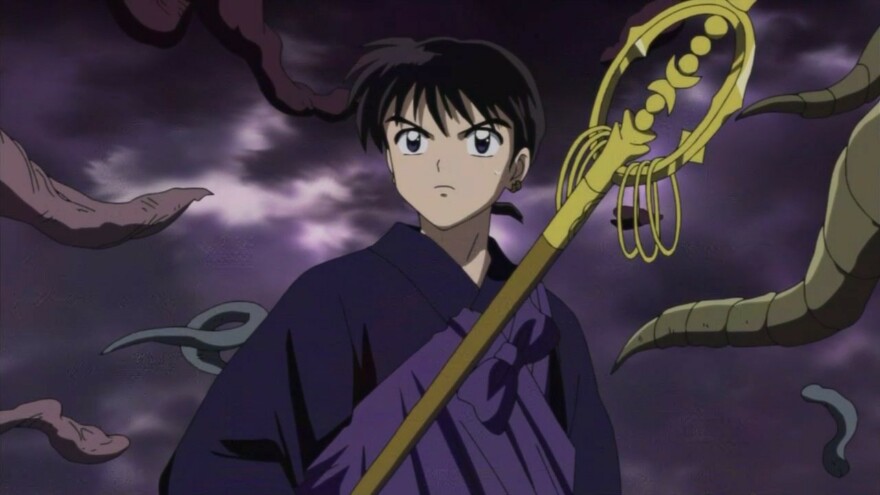 A monk that travels with the namesake, Inuyasha, and a high school girl who accidentally ends up in their world.

In modern Japan Tokyo, Kagome Higurashi falls down a well and gets transported to a Sengoku period world. She learns that she is the reincarnation of a warrior priestess who once protected the Shikon Jewel.

This jewel is now inside Kagome’s body, and Naraku, a spider demon, is after it.

Miroku joins Kagame’s group to protect her and break his ancestral curse that was placed on the males of his family by the same demon. 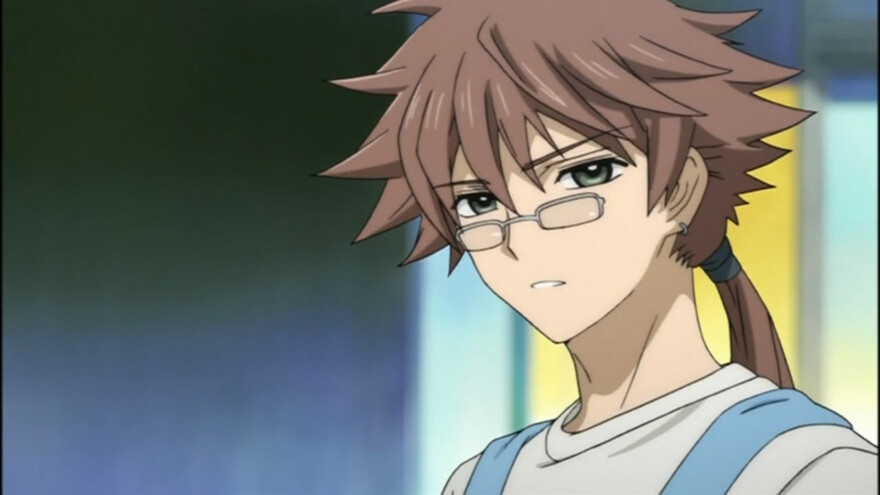 Kobato Hanato, the titled character from Kobato, comes to Earth without her memories but knows she had a wish.

Though she can’t quite remember, she does know it’s to go to a certain place. To make her wish come true before the end of four seasons, she must fill up a mysterious bottle by healing people’s hearts.

The cheerful and big-hearted Kobato is challenged by nursery teacher Kiyokazu Fujimoto, who is the most bitter and cynical person she had ever met.

He is also handsome and forthright and is determined to heal his suffering heart.

But, Kobato also has to remember, she can’t fall in love with a persona whose heart she’s healed. 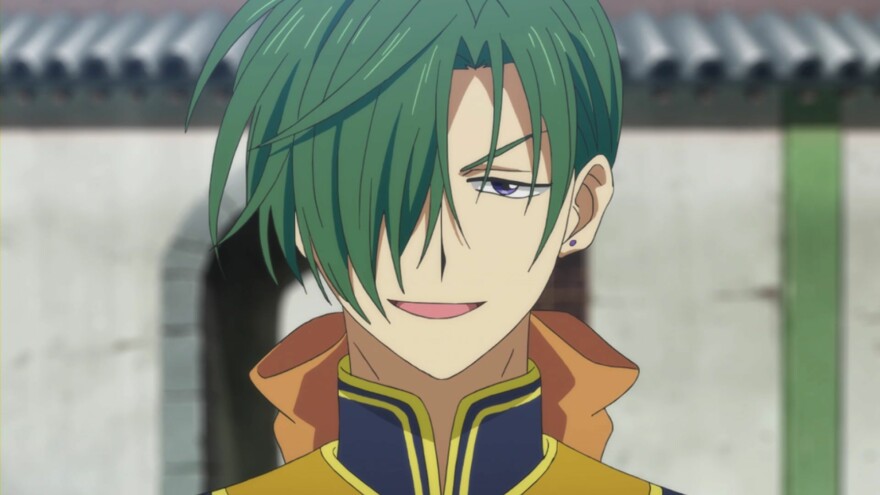 The Green Dragon’s descendant from Yona of the Dawn, Jae-Ha makes up one of the four Dragon Warriors. Being raised by pirates, Jae-Ha has a nonchalant yet flashy man and womanizer.

He has the power of the Dragon’s Foot, which allows him to jump high and long-distance, dubbing him the “Flying Pirate.”

Jae-Ha is one of the four Dragon Warriors that Princess Yona, the Crimson Dragon King‘s reincarnation, is searching for to help save her country and unite the nations after her father is murdered. 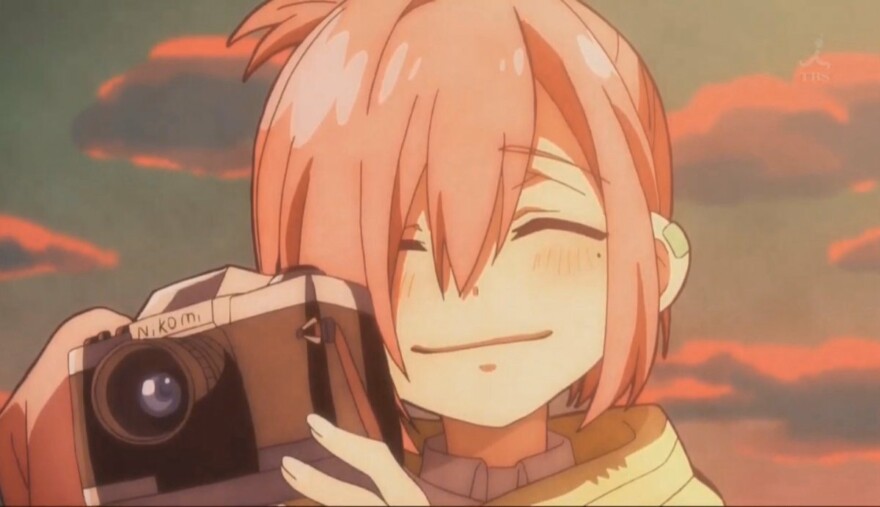 From Toilet-Bound Hanako-Kun, Mitsuba was a photography student in middle school before he died and now haunts his old school’s lockers, Kamome Academy.

Mitsuba is a crude, moody, and arrogant apparition. One of many in this school famous for the supernatural, rumors, and ghost stories such as the Seven Wonders.

Mitsuba is one of many apparitions that wounds up meeting a lovesick high school girl under a curse, a rookie exorcist, and the Seventh of the Seven Wonders, Hanako-san of the Toilet. 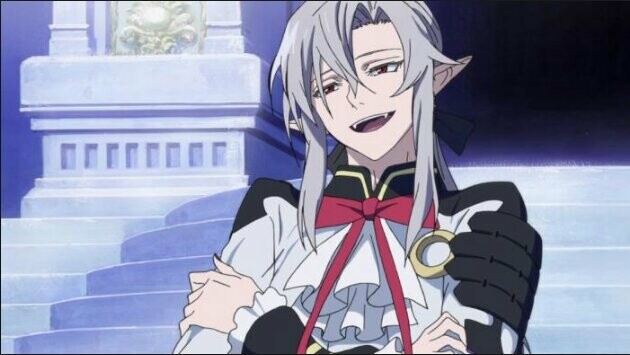 In Seraph of the End, a hand-made virus wipes out everyone older than thirteen-years-old and becomes enslaved by vampires. They promise to protect the children as long as they provide them blood.

Eldest orphans Yuichiro and Mikaela Hyakuya, plan an escape with the rest of the orphans. Their plan ends with a vampire, Ferid Bathory, slaughtering them all and leaving Yuichiro the only survivor.

He is found by the Moon Demon Company, a military that is trying to take the Earth back from the vampires. Yuichiro joins them to take revenge on his family. 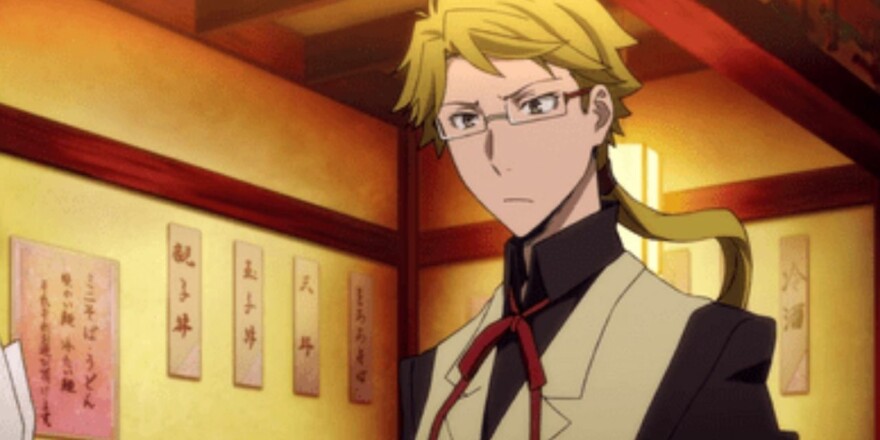 In Bungo Stray Dogs, Atsushi Nakajima is kicked out of his orphanage and is on the brink of starvation. The last thing he expected was saving a suicidal man from drowning in a river.

This man is a detective with Kunikida, his right-hand man. The two of them solve cases in Yokohama involving people with supernatural abilities.

Abilities that Atsushi apparently has and that Dazai and Kunikida want in their Armed Detective Agency.

As a member of the Agency, Kunikida has the ability to materialize whatever object he writes down in his notebook. He is very professional, organized, and a strict perfectionist.

His character will be tested, especially after the Port Mafia targets Atsushi. 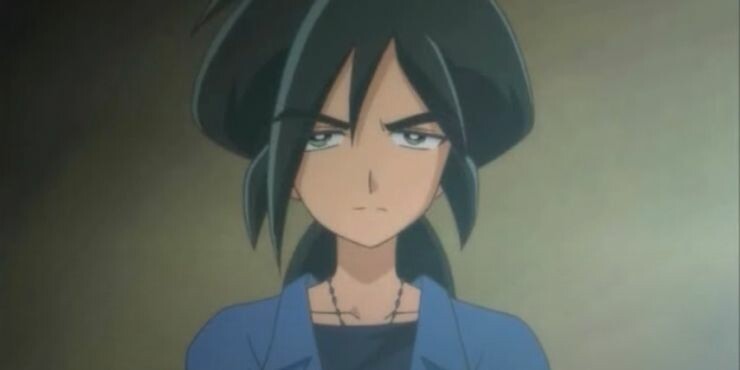 A duck gains a magical pendant that allows her to turn into a human girl. She enrolls at Gold Crown Academy, a ballet school.

Duck falls in love with a classmate, Prince Mytho, who once sacrificed his heart to seal away the monstrous Raven.

Hoping to help resort to his heart, Duck uses her pendant to transform into Princess Tutu, the series namesake.

The one getting in Duck’s way is Mytho’s protector and childhood friend, Fakir. He is as rude and cold as he is a remarkable ballet dancer.

He despises Duck and hates Princess Tutu. Lucky for Fakir, if Duck confesses her love to Mytho, she will vanish. 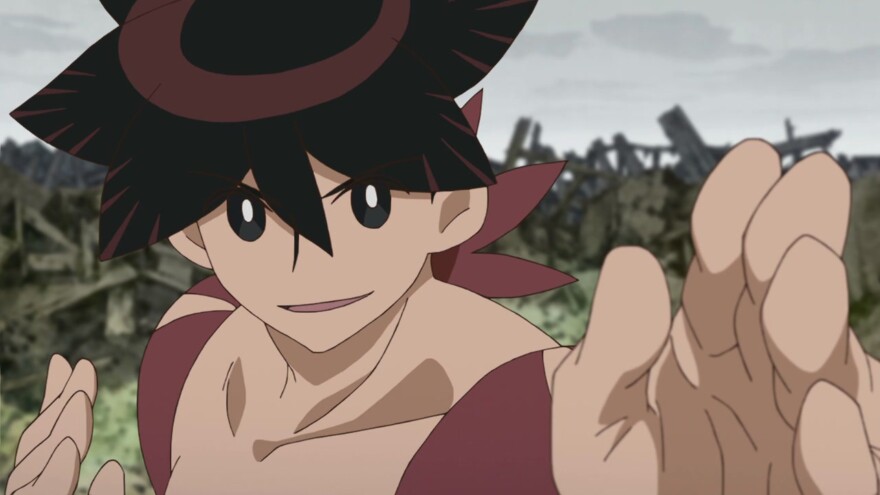 From Katanagatari, Shichika grew up on an isolated island but had the skills to be a swordsman but is unable to wield a sword.

He was raised as a weapon and is very cut-off from emotions and the outside world.

One day, Shichika is found by a self-proclaimed determined strategist, Togame, who wants his help. The two travel across Japan to collect twelve legendary Deviant Blades. She also acts another favor of Shichika: to fall in love with her. 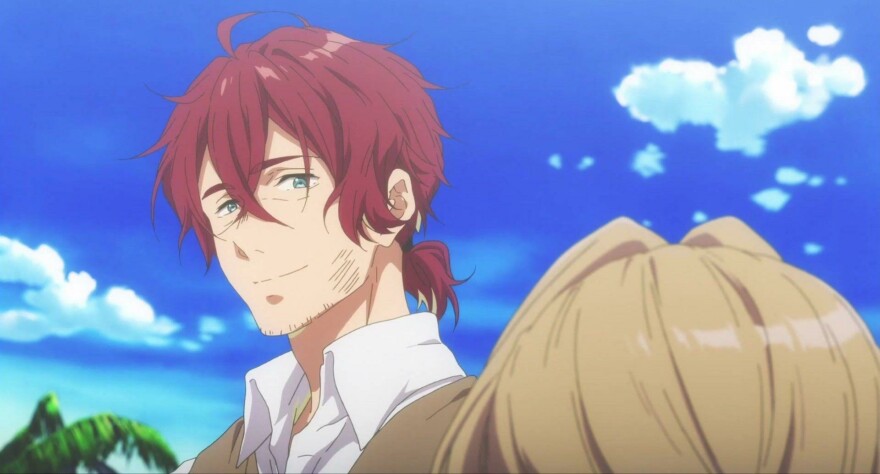 From Violet Evergarden, Hodgins is the president of a postal company for Auto Memories Dolls. They act as ghostwriters for their clients, taking their words and feelings into letters for their loved ones.

A retired lieutenant of the army, Hodgins is entrusted to watch over Violet, an orphan soldier with prostatic arms after her major and guardian, Gilbert, died in the war.

Although he doesn’t understand her at times, Hodgins is a gentle and considerate man who lets Violet become an Auto Memories Doll and help her through shellshock from war and understanding Gilbert’s last words: I love you. 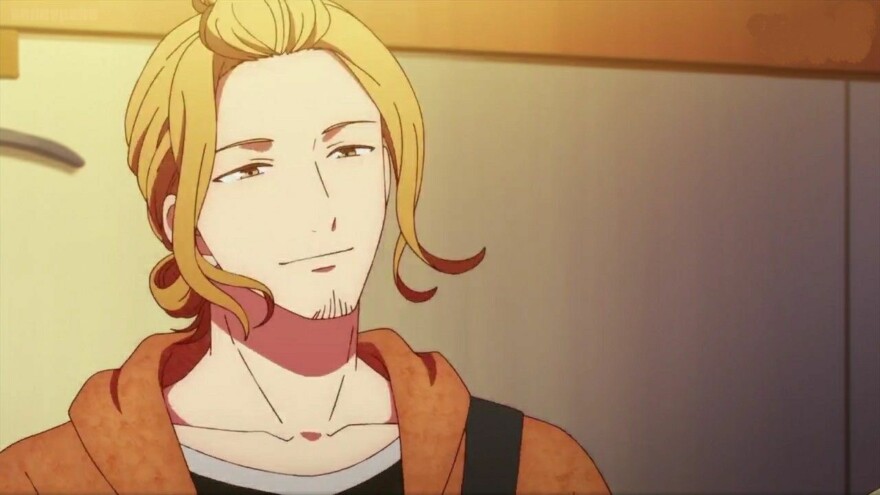 Haruki is the bassist of his band, Given, the series namesake. Many fans know him as the mama bird of the group because of his kind heart acting as a big brother figure.

He is also in love with drummer Akihito Kaji (Yes, Haruki, you are that obvious).

He helps temper the other music geniuses in the band. Haruki especially grounds his band and provides support for guitarist Ritsuka Uenoyama with his feelings for their new singer, Mafuyu Sato, who struggles with losing his first love. 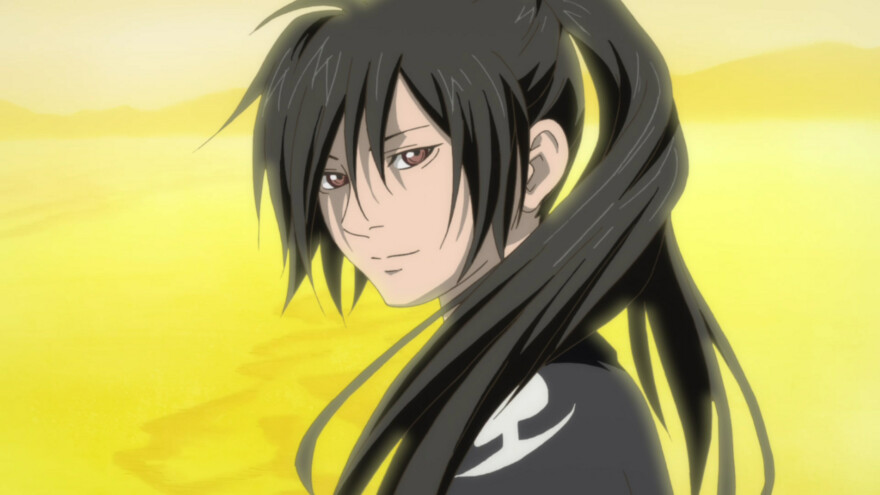 From Dororo, Hyakkimaru is a ronin, wandering samurai, whose body parts were stolen because of a pact his father made with demons.

On a destructive path to kill his father, Hyakkimaru makes a young troublemaker named Dororo.

Even with revenge tainting his heart, Hyakkimaru has a curious and sensitive soul and sees Dororo like a little brother.

Together, the two embark on a journey through Sengoku period Japan to fine all Hyakkimaru’s missing body parts. 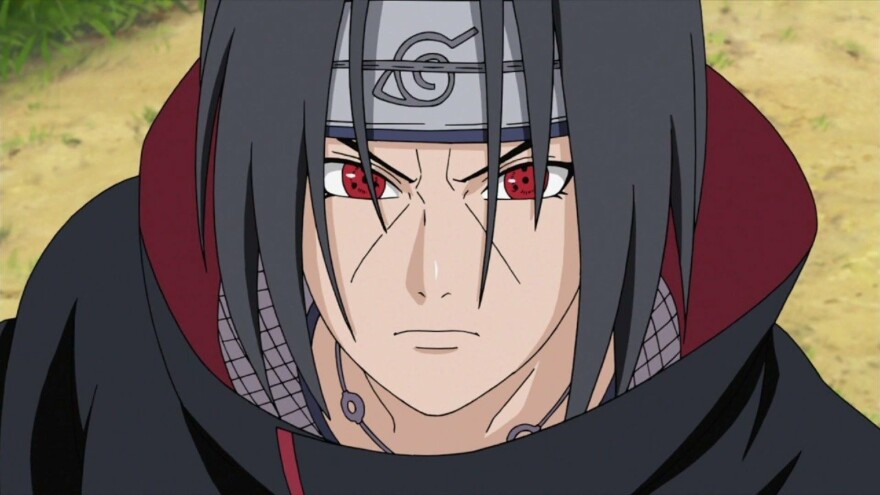 In the universe of the shinobi of Naruto, Itachi is a part of the Uchiha Clan with the ability of the Resengan, the red and black eyes that have been memed to hell and back.

Itachi murders his entire clan, leaving only his little brother, Sasuke, as the only survivor. He is a member of criminal organization, Akatsuki, spanning decades who seek to create a better world at any cost.

His path clashes with Naruto Uzumaki, a jinchuriki of the nine-tailed fox, and dreams of becoming the Hokage, the leader, of his village.

Naruto hopes to achieve true peace. Itachi and the Akatsuki threaten to destroy his ambitions. 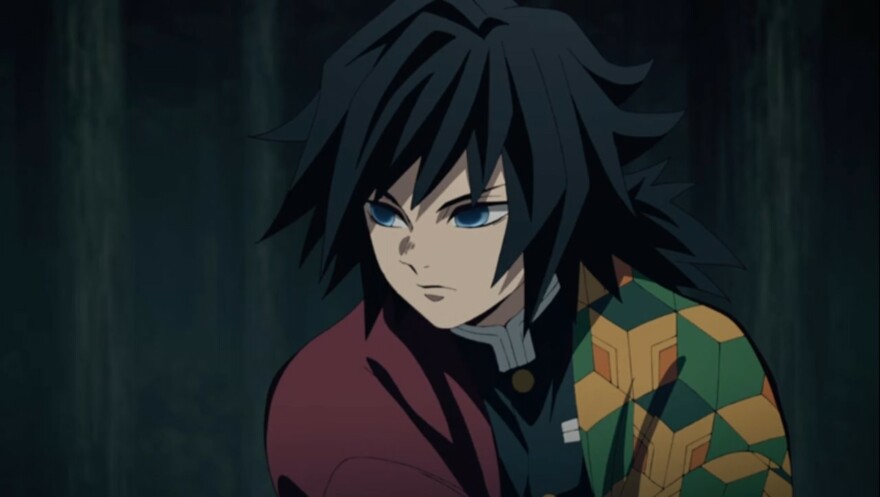 Giyu in Demon Slayer is the Water Hashira, one of the nine highest-ranking swordmasters in the Demon Slayer Corps. Giyu is calm and intelligent, like a water and determined fighter. He is also cold as ice and dense to how unlikable he is (it’s okay, Giyu).

He acts as a guide for Tanjiro Kamado’s path in becoming a Demon Slayer. Giyu is the first one to give Tanjiro’s younger sister, Nezuko, a chance when she turns into a demon when she shows she hasn’t let go of her humanity.

He helps the siblings begin their journey to find a cure for Nezuko. 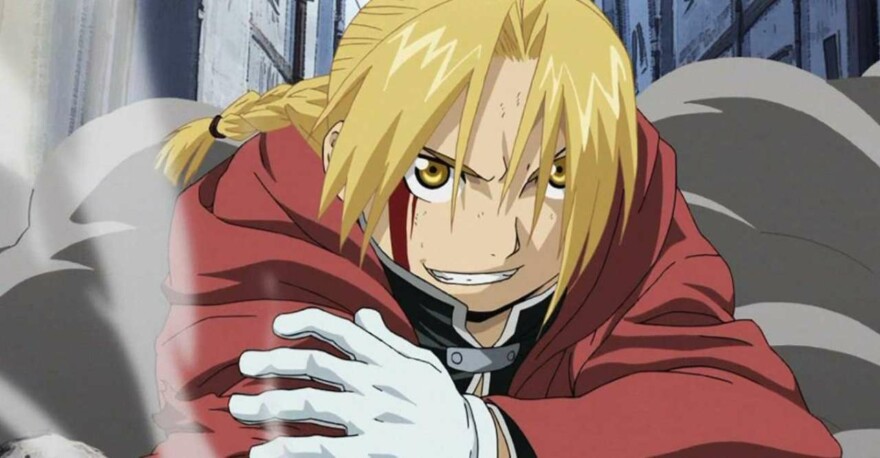 When he and his younger brother, Alphonse, try to bring their mother back to life with alchemy, Edward lost his arm and leg, and Alphonse lost his body and is soul was placed inside a suit of armor.

Through the military, Edward hopes of finding a Philosopher Stone to get Alphonse’s body back.

Never call Edward short or pipsqueak, or he will have a temper tantrum.