Kenshi has been around since 2013, and over the course of 7 years, we’ve been able to see the developments it underwent. One of the best things about Kenshi is its versatility as an open-world game.

I might get crucified for saying this, but this game is almost comparable to EVE, in one way or another.

Of course, this isn’t a heavy spreadsheet simulator, but the feel is there, somewhat. Anyway, here are the top 16 best Kenshi mods for 2020. 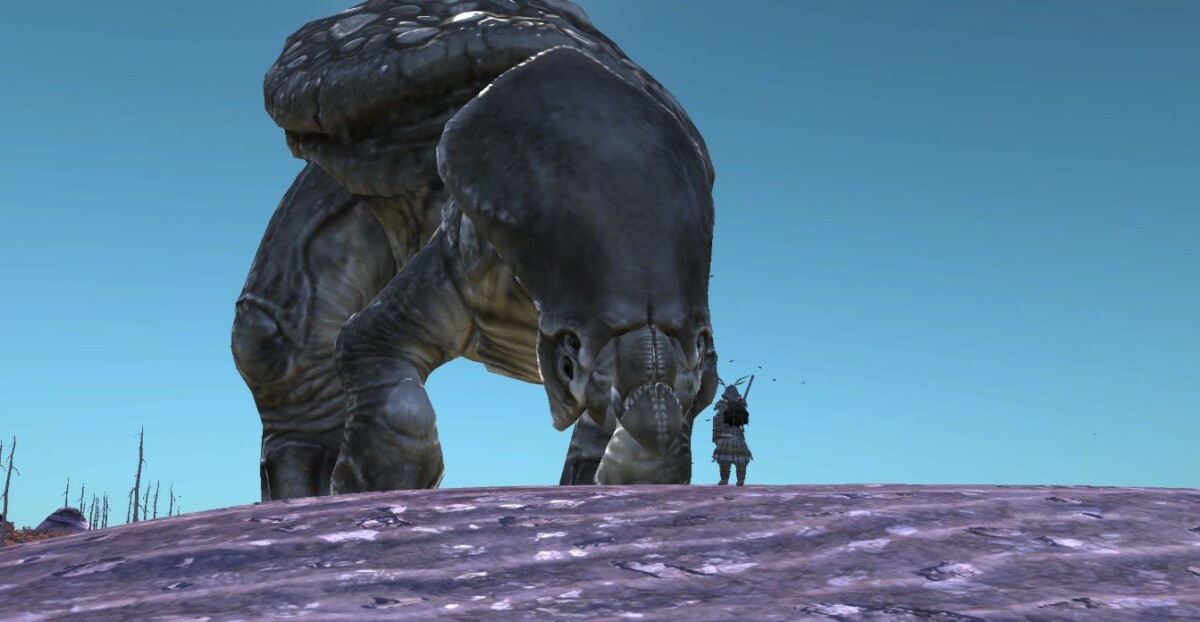 When playing Kenshi, did you ever want to have any of the creatures as an in-game pet? Well, now you can!

With the Tamed Beasties mod, you can recruit the wild creatures and use them in battle. The recruited creatures can also help you with transporting goods in large quantities.

Once you’ve captured a creature, it will be caged, where you can talk and feed it until it trusts you.

And taking care of them is easy; all you need to do is equip a lunch bag with enough food for all of your animals. 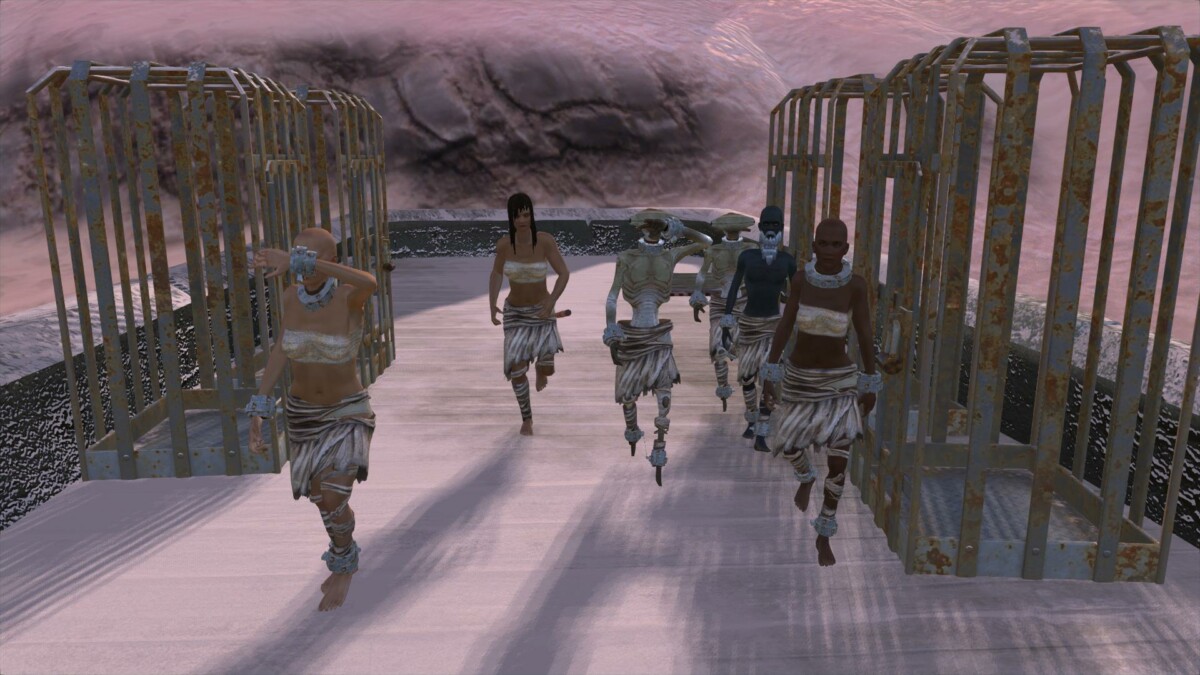 This is a mod for the player who wants to become the leading evil tyrant in their game. The Player’s Slavery mod can turn any NPC into a slave.

The player will then be able to control any NPC slave in-game, just as the factions do. In order to obtain a slave, you must capture an NPC with a slave ring.

They will then by stuck in a cage, where you will be able to “sell” them and then be able to speak with the NPC.

This is a dark mod, but one that some players may find interesting. 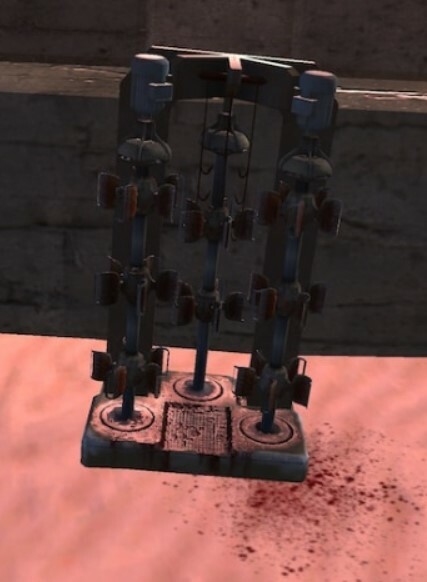 Here is another mod that is on the darker side. The Peeler Machine mod allows players to essentially harvest limbs to use for other characters.

This mod makes the challenge of customizing your recruits a lot easier than the vanilla in-game peeler. Or you can use this mod to help characters who have lost their limbs instead!

Be aware, though, that if you decide to download this mod and use the machine, it isn’t for the faint of heart! 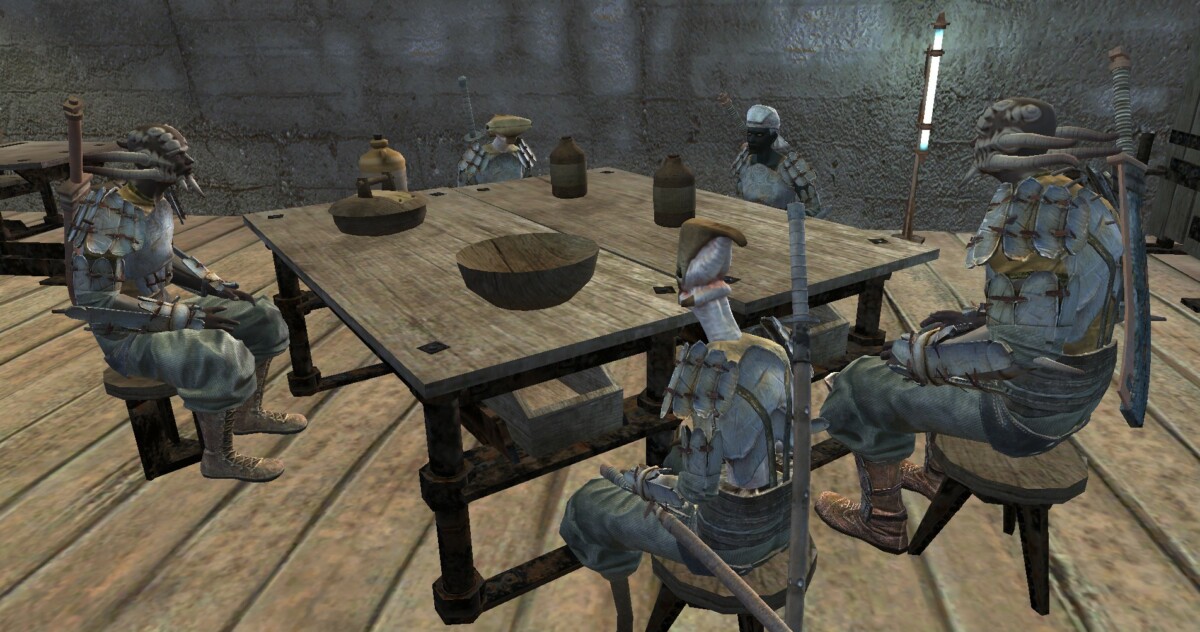 Mercenaries are incredibly useful in Kenshin, as they help with defense. However, the default time setting for their help is limited in the vanilla game.

So, the Longer Merc Contract mod is here to help! With this mod, you can keep your mercenaries around for up to seven days as bodyguards.

You will also be able to keep them around for up to 30 days for outpost guard contracts! And the best part is that the price per day rate doesn’t change! 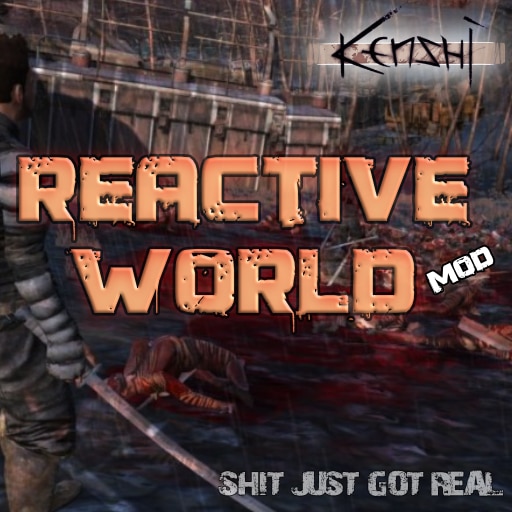 This is a complete overhaul of game interaction, especially the NPCs with each other. It’s quite fun having Reactive World since it’s basically a mod designed to give the game a good amount of character immersion and interaction.

Factions will treat each other differently based on the actions taken upon them. I personally do not recommend it unless you’re bored of vanilla. Play the first before doing this. 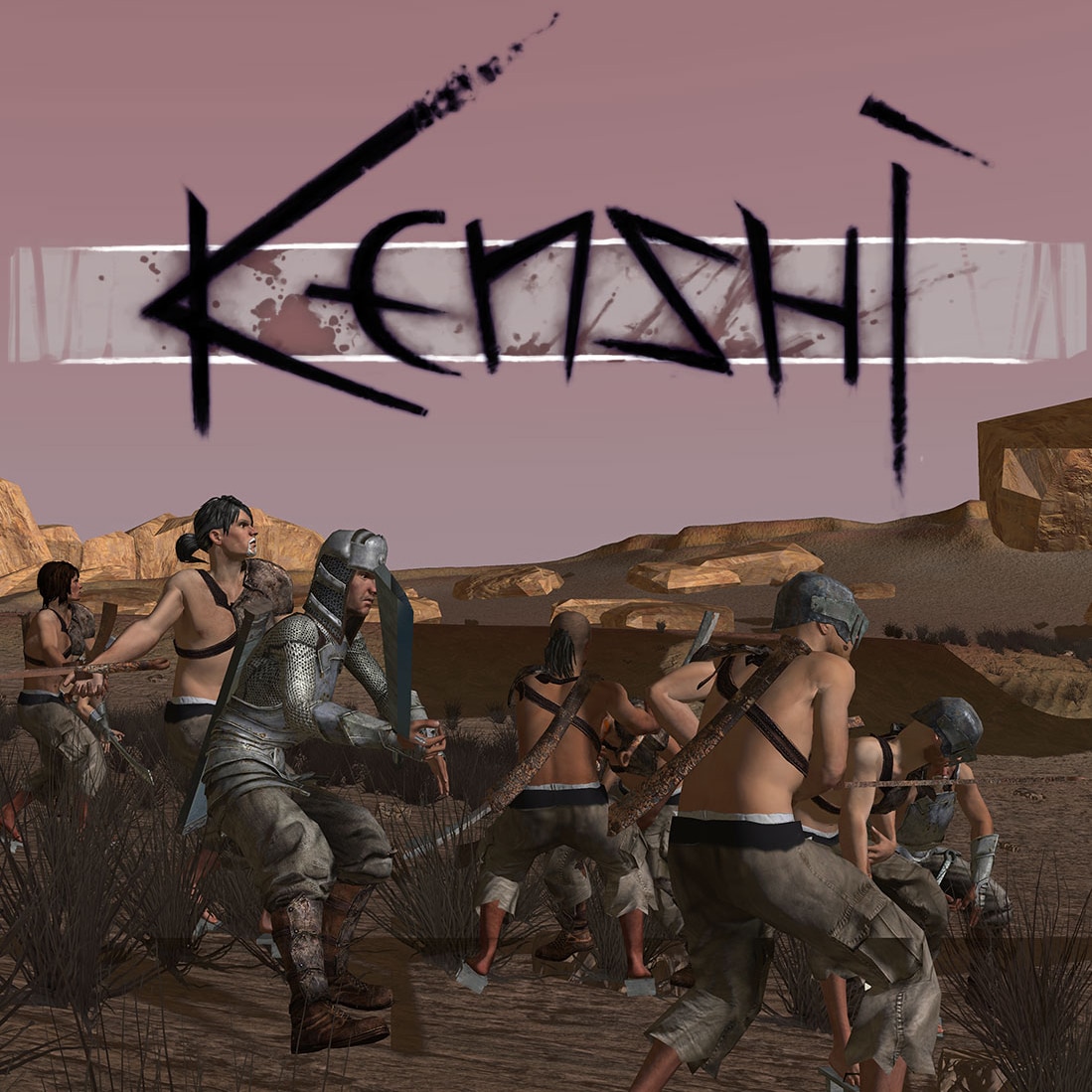 What it says in the title, 256 Recruit Limit, will turn your max recruitment of 30 to 256. You’ll never have to worry about a limited number of people when you can create an entire army right away.

This mod works so well with another mod that we’ll talk about later. 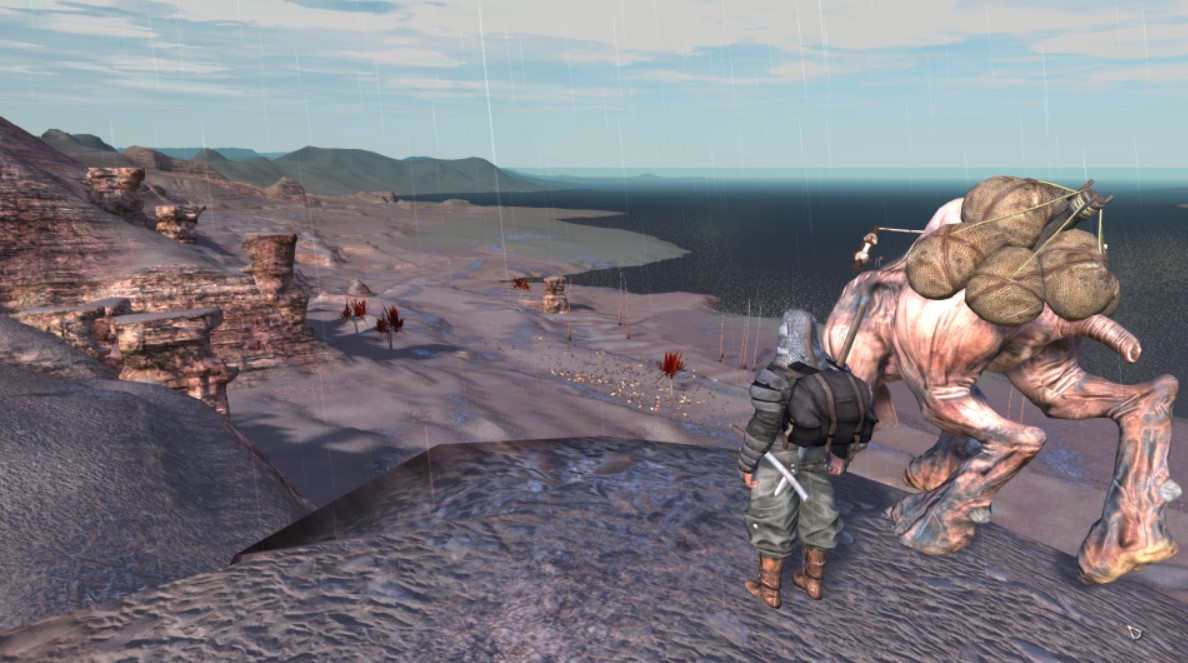 In every MMO, there’s almost always an adventurer’s guild. Anything open world, at least in most games I played, why not here as well, right?

Adventurer’s Guild mod will help you swell your empire’s population by having an Adventurer’s Guild that will also give you less time to worry when someone with a viable spot will actually appear in your team because someone else will do the job for you. 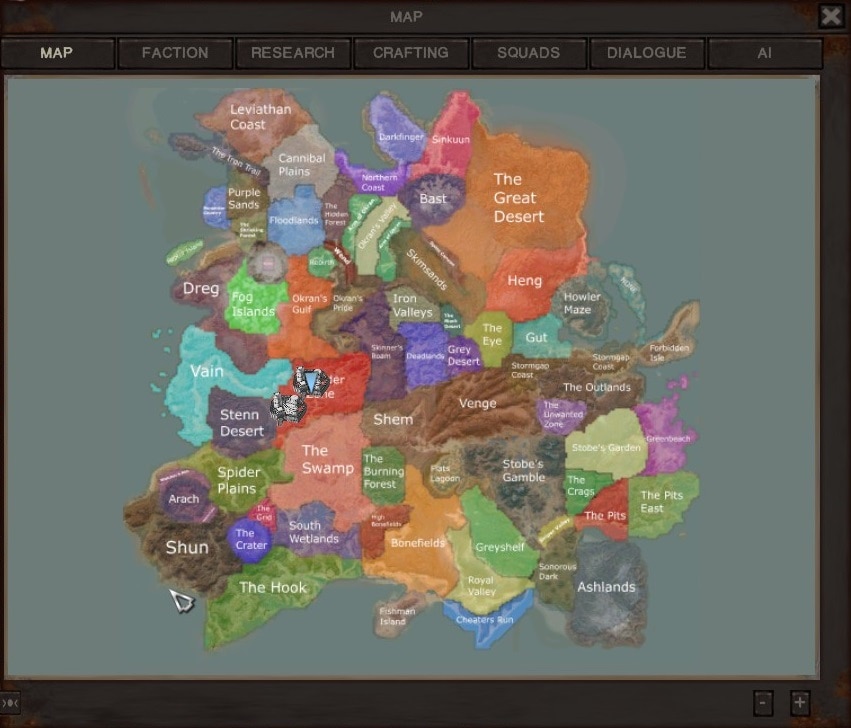 The map of Kenshi is very large, and the map is incredibly useful in the game. However, you might find yourself being lost in the game’s large world.

You need to at least have something that will help you navigate the entire world map, and this is where the BiomeMap comes to play.

This mod will help you determine where you should be without having to tab into the wiki maps. 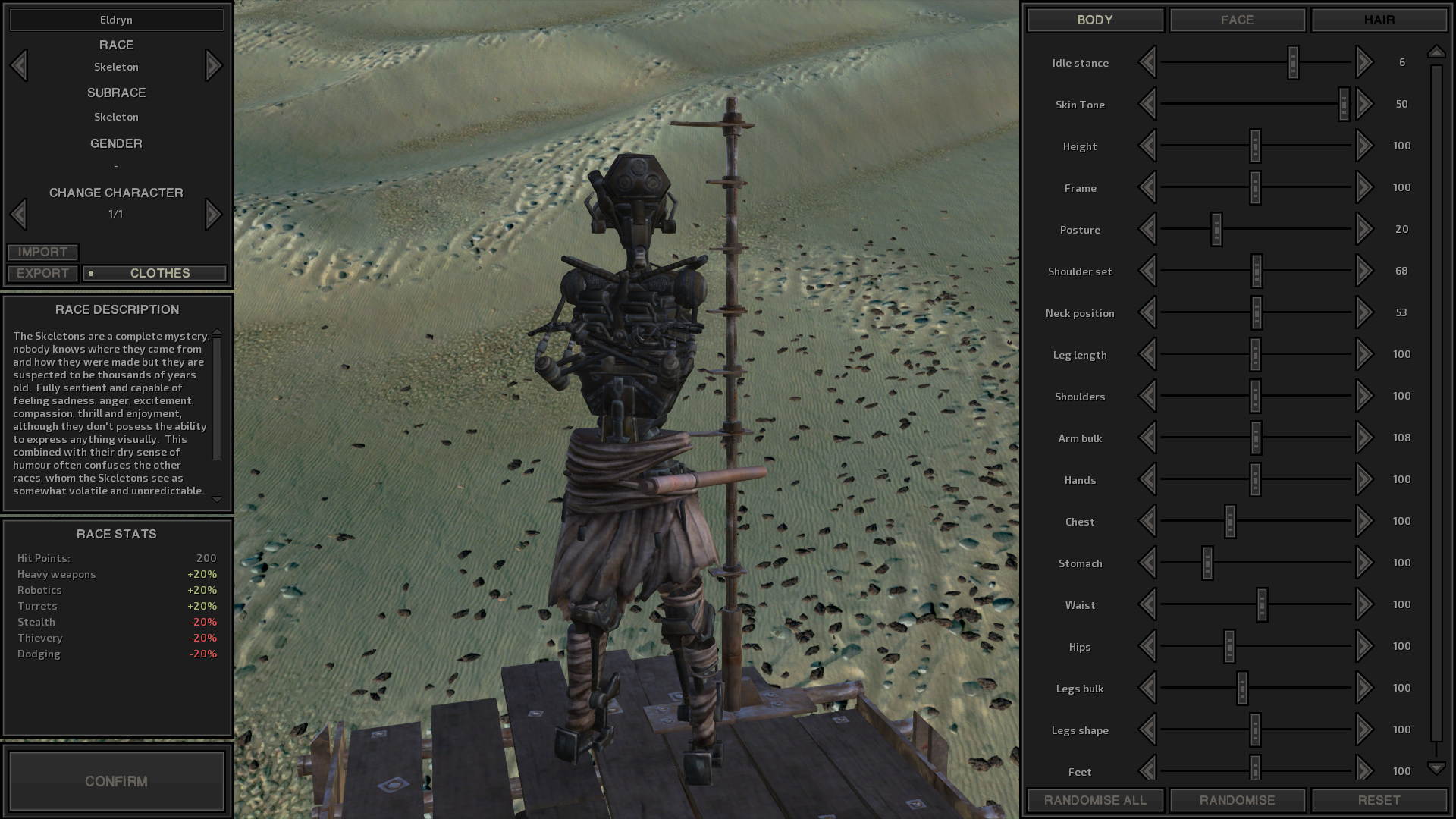 Boy, oh, boy. I love this mod. Dark UI is basically your go-to mod since this does exactly what it is named. It changes your boring or default UI into a sleek, edgy, and minimalist design of this beautiful mod.

Dark UI is very clear on what it does, and you should definitely get this one in your mod inventory. 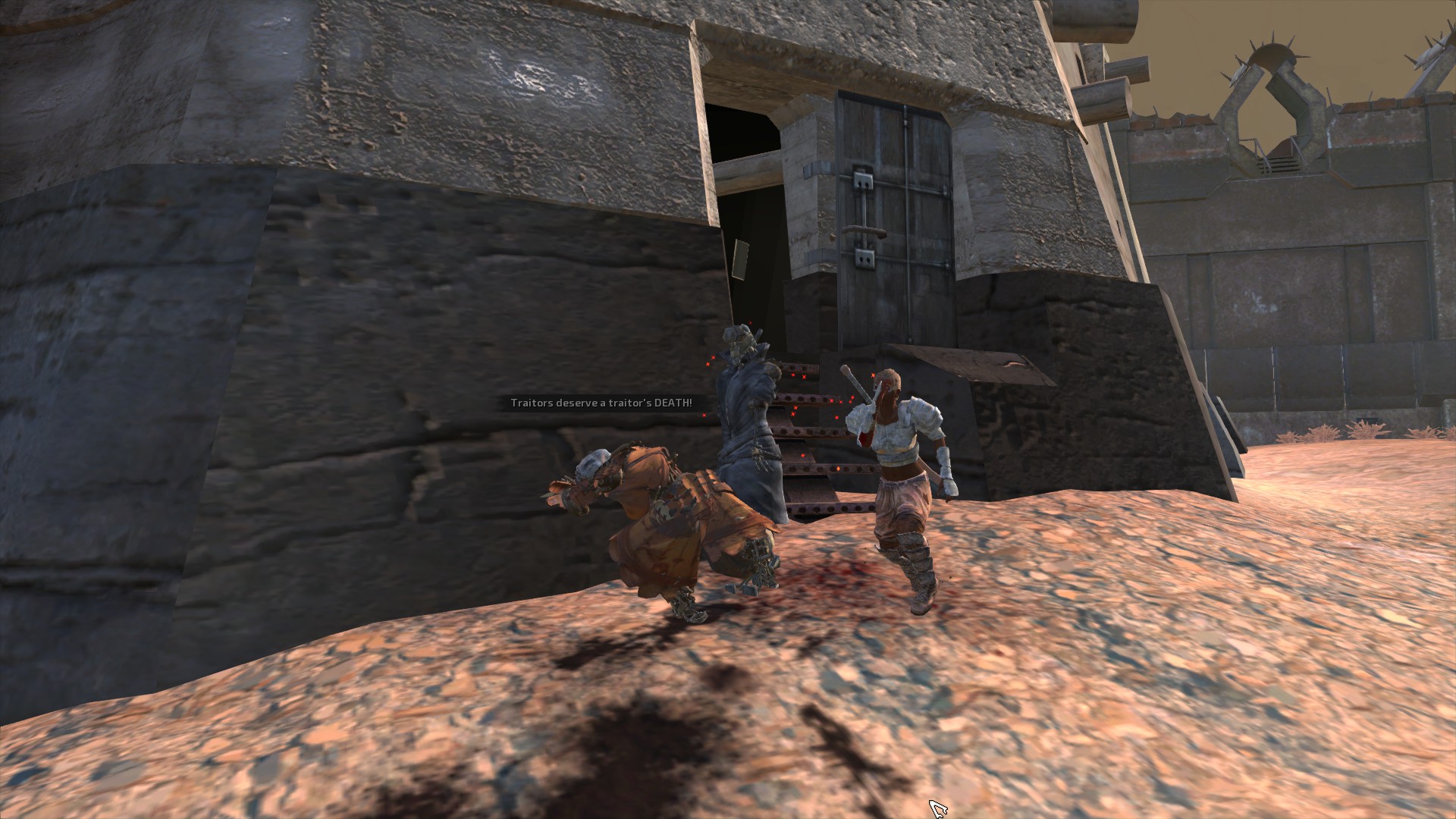 Spice up your game and your generic character lines with this dialogue mod. So, what does Moar Unique Dialogues do?

Well, it adds more unique dialogues (duh) to your unique NPC recruits. They won’t have to repeat the same 2-3 sentences they’ve been given. Now they will somehow resemble that of a 7-year old kid. 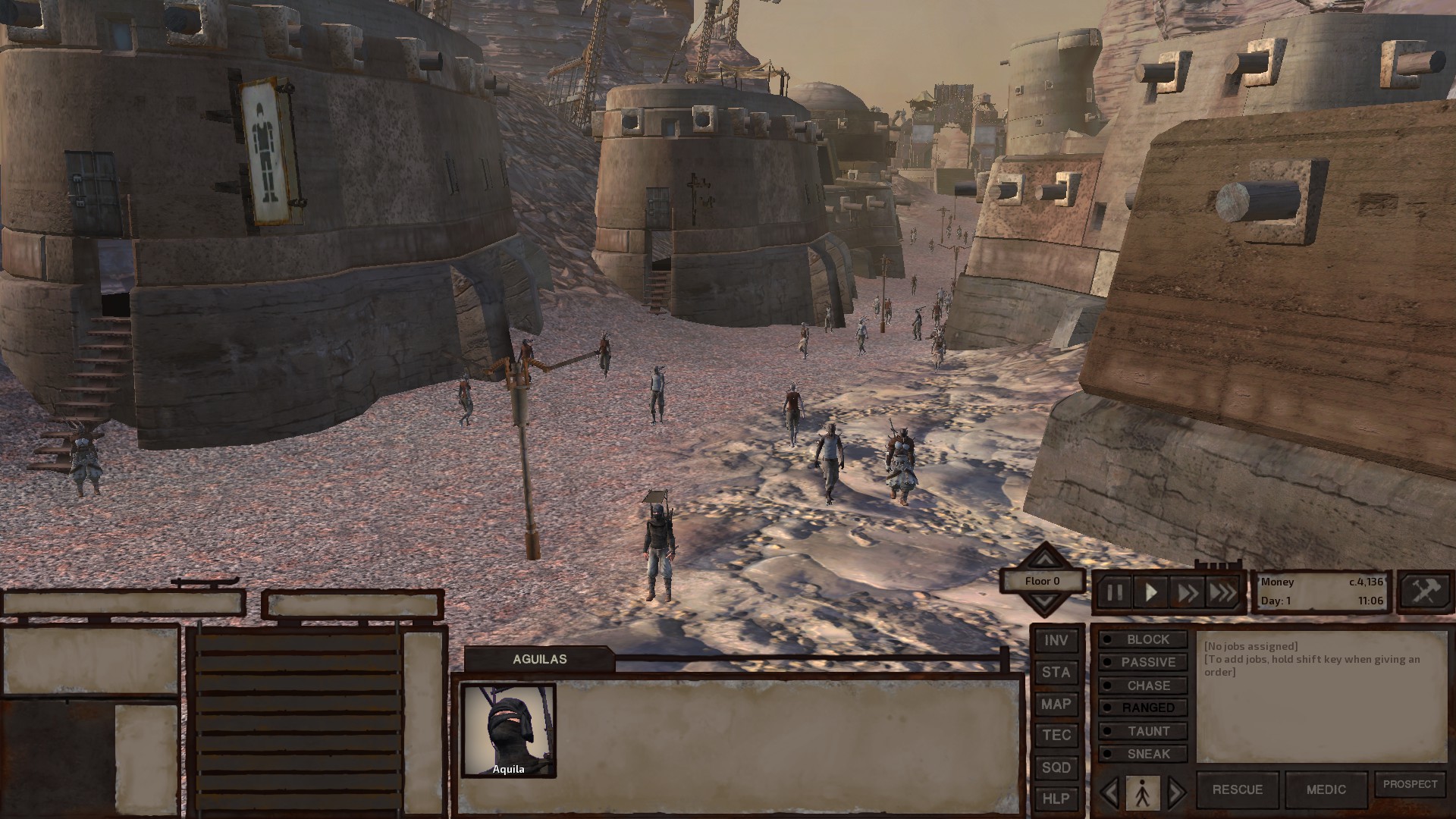 Populated Cities mod will populate your city with NPCs.

It’s important to remember that this mod will not affect your empire growth, but if you combine this mod with 256 Units and Adventurer’s Guild and you’ll have the most immersive Kenshi game.

One of the best things with the Populated Cities mod is that you’ll never feel like it’s lonely in this post-apocalyptic world. 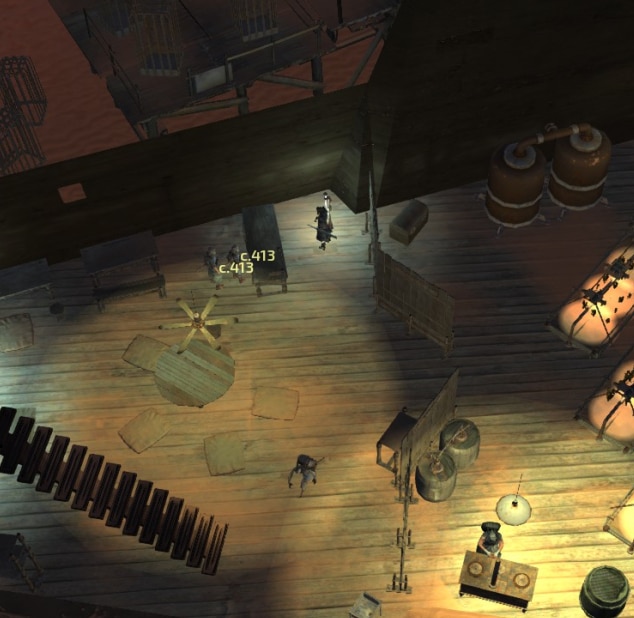 Now your NPCs friends wouldn’t need to be broke by buying most of your items.

An enhanced Shopping Economy will allow you to maximize your profits while allowing businesses to run efficiently by slowly regenerating money without the market crashing because of the controlled economy itself.

The mod is a fantastic add-on to the game since the vanilla version is pretty ugly itself, but the in-game economy is even uglier, with this mod installed, you’ll be able to have a better economy and friendlier businesses running around your empire. 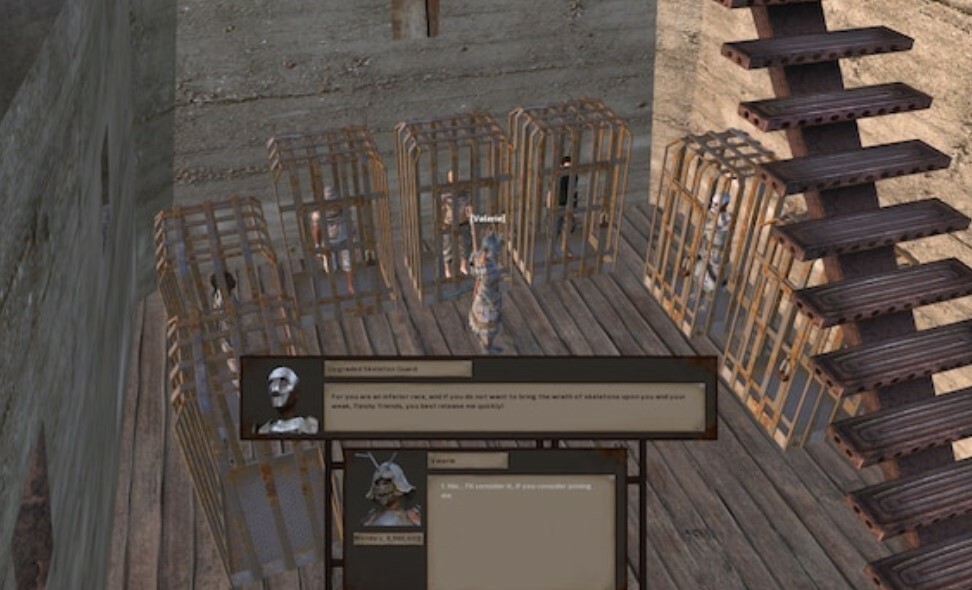 With this mod installed, you can turn your useful POWs into powerful soldiers.

It’s another immersive mod that you’ll really want to put in your game.

What’s good with this mod is that, even though they’re prisoners, they have their own unique voice dialogues, which adds up to the immersive gameplay it can offer. 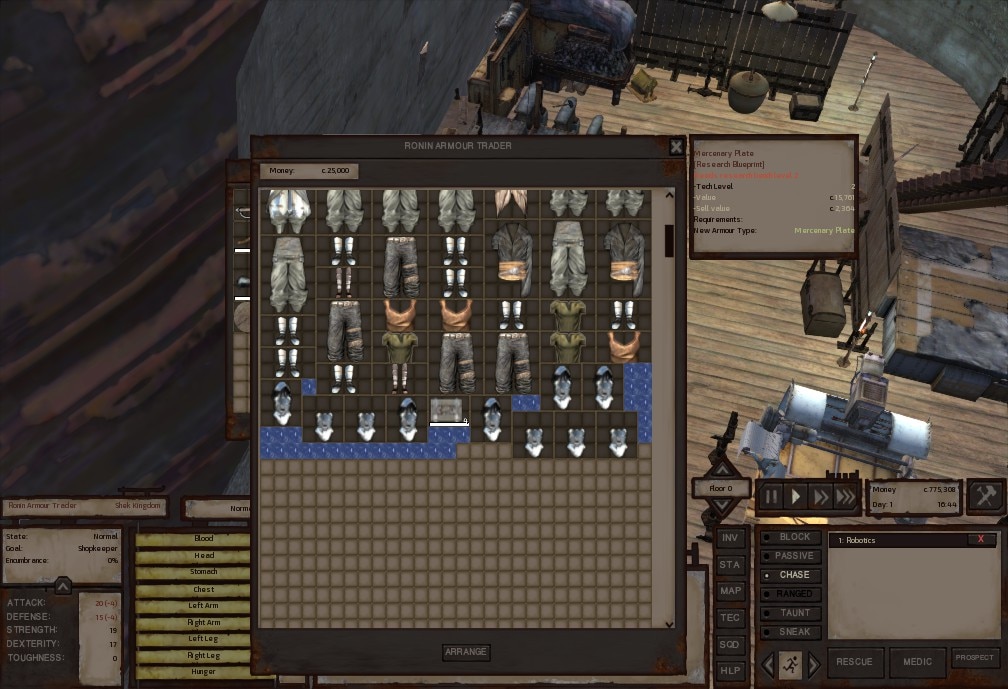 Too rich to buy, but the shop doesn’t have enough items to keep up with your infinite money mod? Now, you can do your shopping spree with this mod.

Shop Have More Items + will add a significant amount of random items to make it look more pleasing to the eyes that somewhat resemble a shop and not some rundown thievery stand.

This is also a good mod since it will make the game a little bit realistic.

I know it’s realistic to have a few items in the shop, but it’s not really good when a shop who’s barely making any is going broke because the items he/she can provide is really limited. 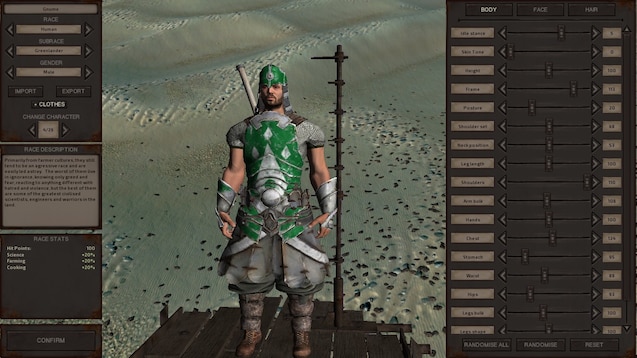 One of your top picks for a unique set of recruits you’ll be able to add to your roster later on.

Interesting Recruits will add an additional 20+newrecruits with a unique backstory, dialogues, and their very own voice packs.

One of the best things about this mod is that they sound very generic and unique to each of their own, which makes them interesting. 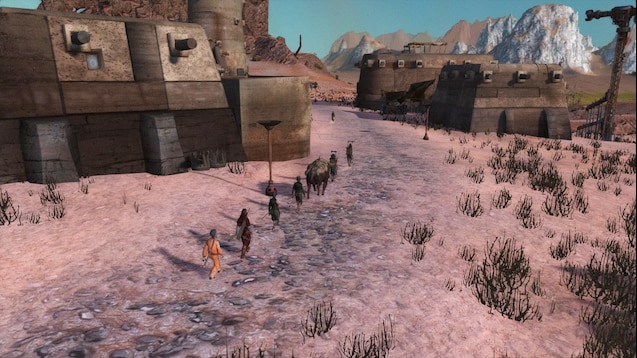 Look, this is just Laissez-Faire in the form of a mod for your vanilla Kenshi. This mod will allow you to see the booming economy in the world of Kenshi.

In a post-apocalyptic world, it is necessary that you don’t die, even from starvation.

Trade Routes Intensified is a trading mod that adds a little bit of realism into the game’s economy, making it quite immersive in some sense. 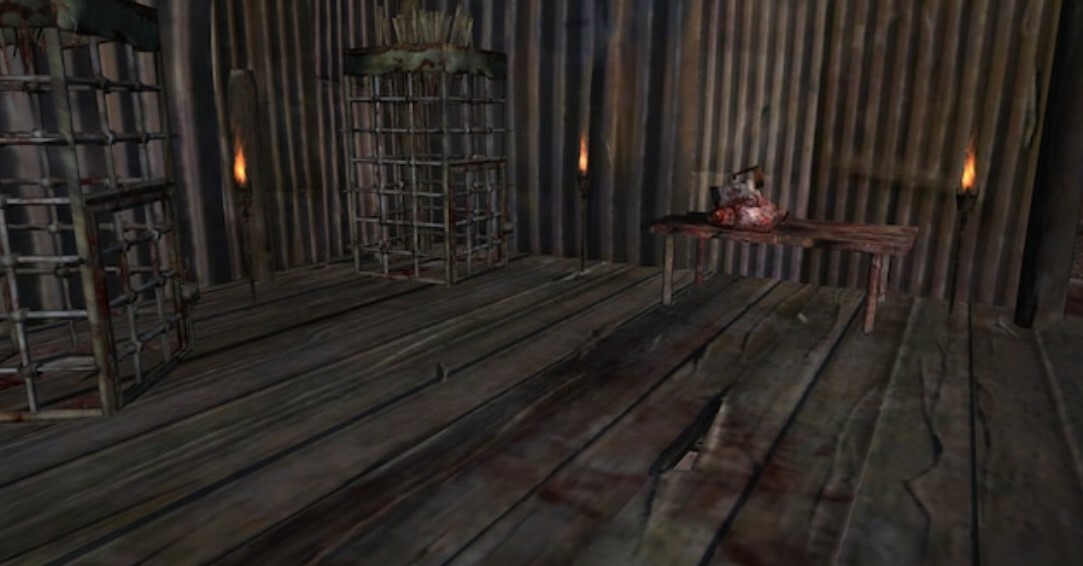 Unleash your inner designer by downloading this mod.

Interior and Exterior Design are what you’ll need if you want to turn the ugly run-down apartment you have in Kenshi to a fully-furnished apocalyptic mansion with a lot of office furniture tables, shelves, chairs, and things you wouldn’t really see much in a decaying world.

This just one of the good additions of fashion in the game where everything is about being ugly and all. 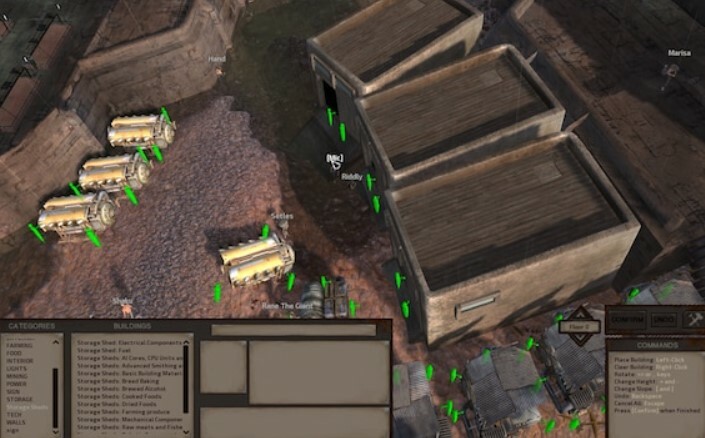 One of the most intuitive and a product of ingenuity, this mod will help you manage your storage inventory so that you won’t have to gather garbage bins to save your stuff.

Using Storage Sheds will allow you to efficiently manage your storage with its very own item management window. 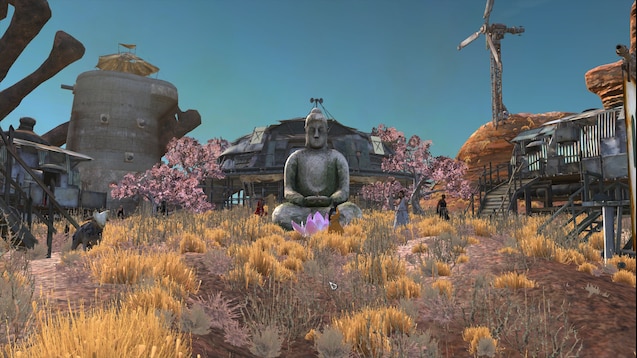 One of the most beautiful mods I’ve played so far. Martial Village is exactly the mod you’re looking for if you’re into Asian culture in general.

The good thing about this mod is that it’s perfectly polished, a mod that gives you an additional diversity in the culture in a world full of dangerous mobs and the lot.

MartialVillage is definitely a pick you really want to enjoy the beauty of Buddhism–inspired village with NPCs in monk clothes, unique dialog, and new sets of furniture that you can put inside your imperialistic villa. 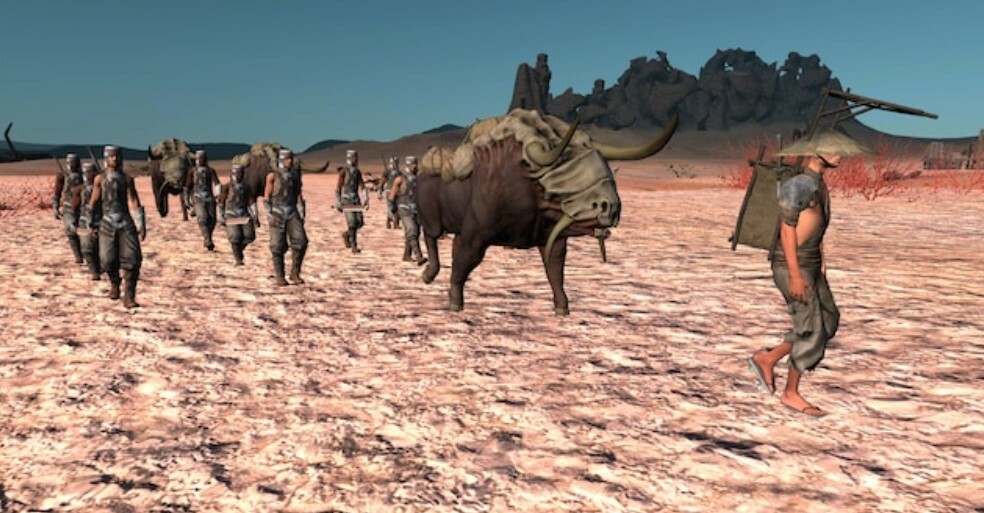 Faction Caravan, for me, is the best mod out there. I don’t know if you’ve noticed, but I’ve added lots of economy-related mods in the list.

Of course, this isn’t necessarily biased towards that particular topic. However, with this mod installed in your directory, you can add more realistic interactions in the world, especially with the addition of Faction Caravans.

In this mod, you’ll encounter several faction caravans from various nations in the game, in which traders are gonna be paying more for the items they want to acquire.

It adds dynamic gameplay in which you’ll be able to be rich enough to cover all the expenses in running your virtual country.

I haven’t been really playing Kenshi for a long time, but based on my experience for the last couple of months, it’s a relatively good game.

If you really wanna roleplay the game, you’ll be happier with what it can offer, even in vanilla.

The graphics aren’t really very pretty, but you know, it’s not really about the graphics.

You can always install another mod to change the overhaul of the game into something pretty decent. For me, these mods here are essential for every Kenshi player.