Subnautica, ah yes, the marine biologists’ favorite and the non-swimmers’ fear, this game is a fantastic take on underwater exploration.

I, for one, know for a fact that a lot of gamers hate underwater levels in many classic games, even in the modern ones.

Anyway, today I’m gonna be talking about the best Subnautica mods for 2020.

You’ll never have to worry about running out of materials because with this mod, everything’s gonna be easier.

There are some minerals in Subnautica that don’t spawn quite often.

It’s a well-known fact, so if you’re aiming for a more focused job of not getting your resources running out, getting this mod is vital to your success in the depths of the ocean floor.

What AIDD does is dig deep into various biomes for tons of resources that will make your life harder without one.

You can also attach upgrades on this driller to drill faster and mine more. 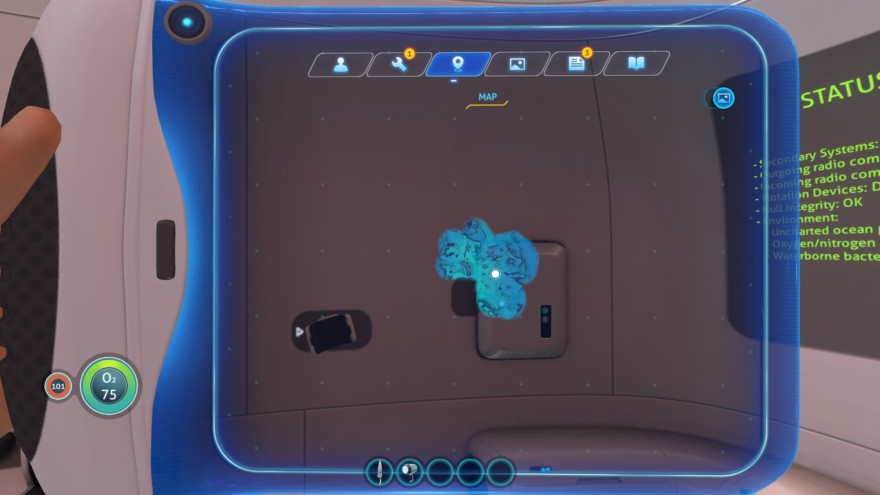 One of the simplest mods in the game will allow you to enjoy your game and install a map to your PDA, which can help you navigate well in the ocean.

It’s dark and a little hard to see, but you’ll have easier access to map and navigation with this mod installed.

You’ll never have to think so much about getting lost again. This is one of the essential mods you need to use and install in order to make your lives easier and a little bit bearable. 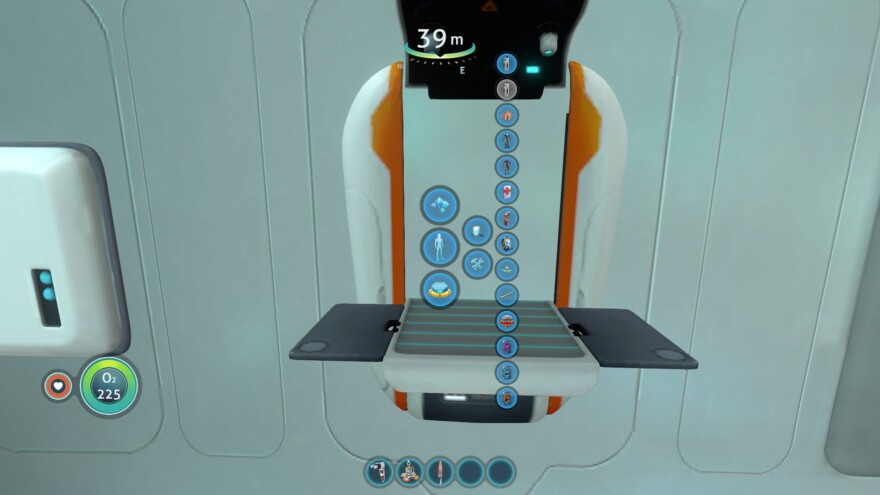 Do you have problems with creating items because you have to scroll through hundreds upon hundreds of stacked up items that don’t make sense at all?

Well, with this mod, you’ll be able to save so much time because, with EasyCraft, your life is a little bit easier than it is without one because of the autocrafting system inside the mod.

I say this is one of the most important mods you’ll install once you realize how much time you’re losing because of the non-optimized menus you’re stuck with. 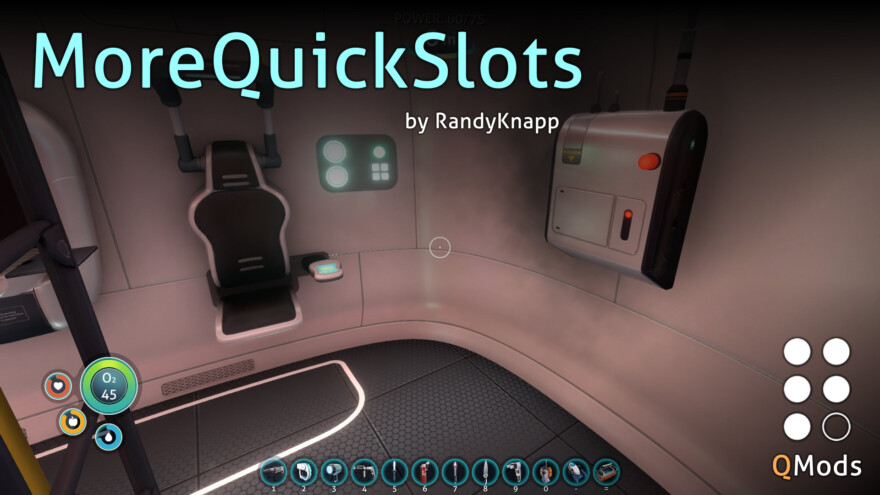 As the name suggests, this is the mod that will ease your wet life in the ocean by giving you access to 6 more quick slots from the default 6 quick slots, making it up to 12 slots ready for you to use. It’s a small change but a welcome one.

We’re not really complaining or anything. 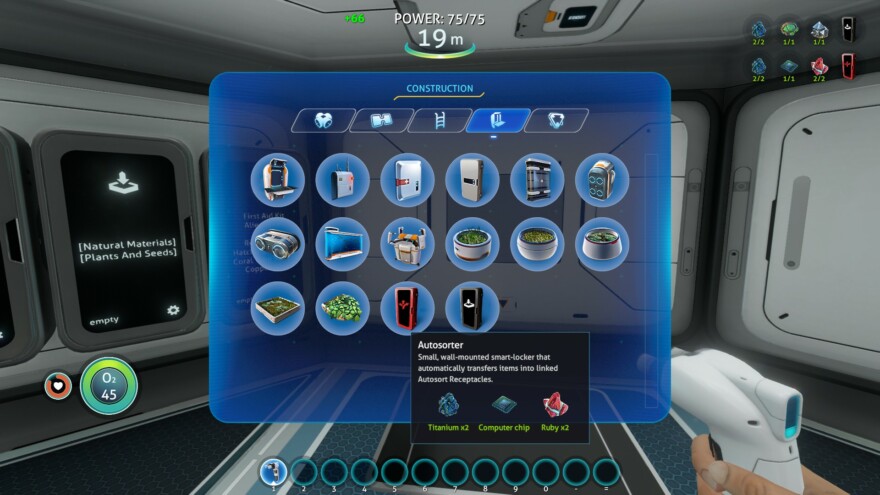 I seriously have no idea why the item management in this game is terrible, but I know Auto Sort Lockers is a mod that you need to clean up the mess that is your locker inventory.

It’s really hard to sort out lockers and give it a more pleasant look, but with this management mod for your locker, it’s definitely something I’m going to support and really one of the ones I consider essential. 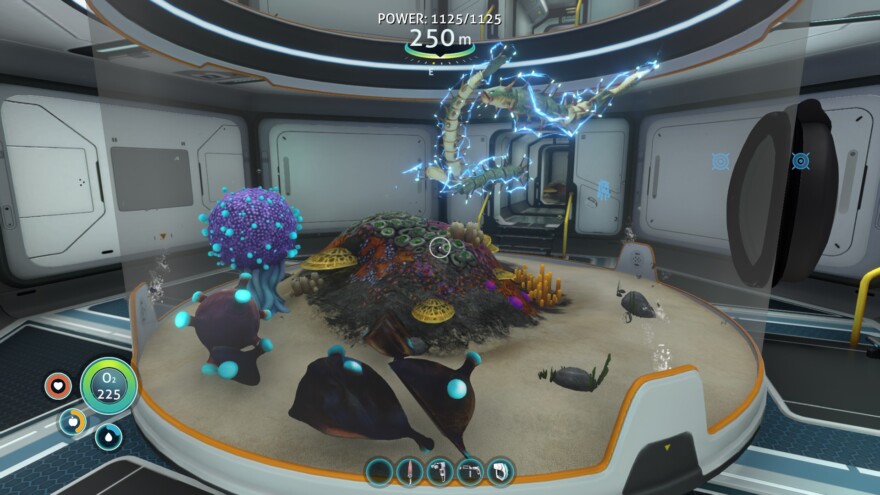 The Improved Alien Containment mod is a good addition in the game as it can be used to fill it with animals that you’ve caught.

Way to go for animal abuse. Anyway, this mod adds many additions to the game, including the animal breeding from various species and many from the same species.

Many of the good aspects of this mod is the addition of the prerequisites for certain floras to be placed inside the containment facility before certain items can be gathered. 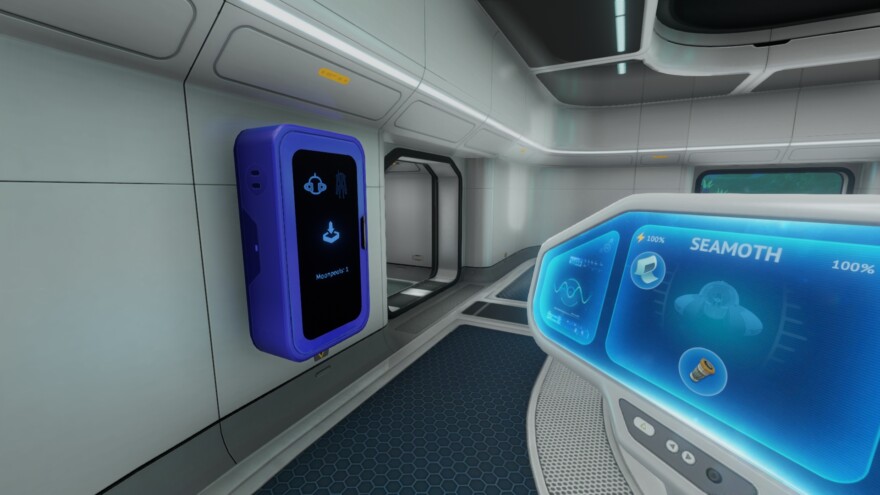 Congratulations, you’ve reached one of the most important mods in the game. It’s one of the best mods out there that will significantly increase your game efficiency.

Since most of the time, you’re gonna be sorting your inventory, it’s wise to install this mod because it allows you to save time from sorting out your vehicle inventory because once your vehicle docked in your base, this mod will pickup your items from your vehicle.

Again, I’ve mentioned it before that the item management in this game is terrible, and that’s one of the reasons why you should install Docked Vehicle Storage. 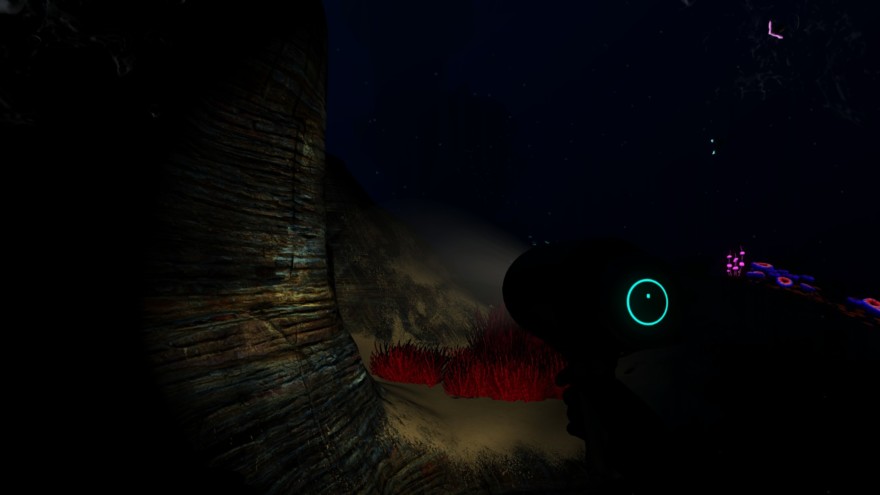 When you want a good survival simulator, Subnautica is your friend.

Dude, surviving on the ocean is hard enough, but surviving in the dark is even harder, not to mention it’s the unexplored territories you’ll be put into.

Hard Mode Shader is a shader mod that adds the ocean’s creepy vibe into the game by making it harder for things to be seen without proper lighting.

It also adds realism and immersion into the game as you’ll be tasked to survive with little to no vision without a light source. 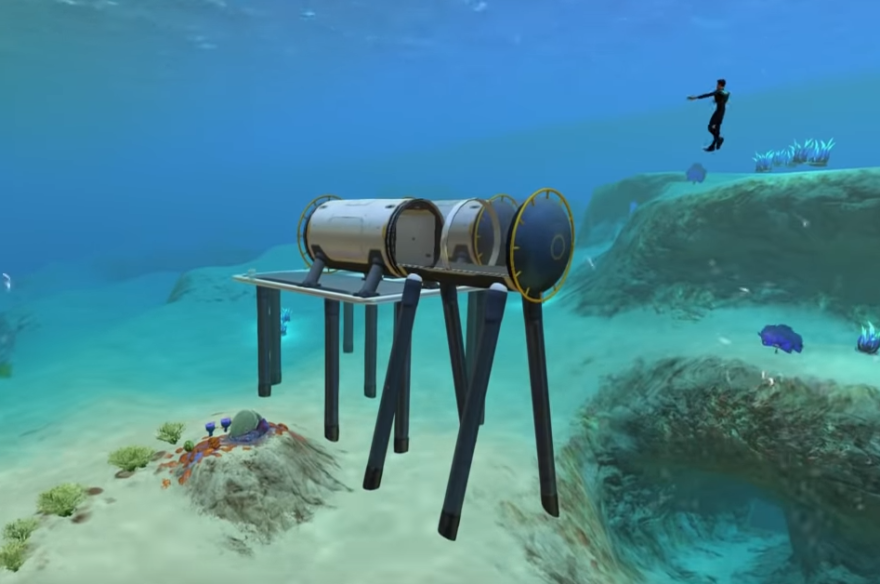 If there’s one thing to describe this mod, it’s a multiplayer mod.

Look, games like No Man’s Sky and Subnautica are harder to have a dedicated multiplayer server due to their company’s limited resources and dependence on single-player exploration and less on the multiplayer side.

One of the good things about this mod is that, by adding Nitrox to your inventory of mods, you’ll be able to experience the beauty of exploration together with your friends.

It’s fun to do adventures together since it’s a bit easier for you to do your exploration when you have multiple pairs of eyes to help you with your survival. 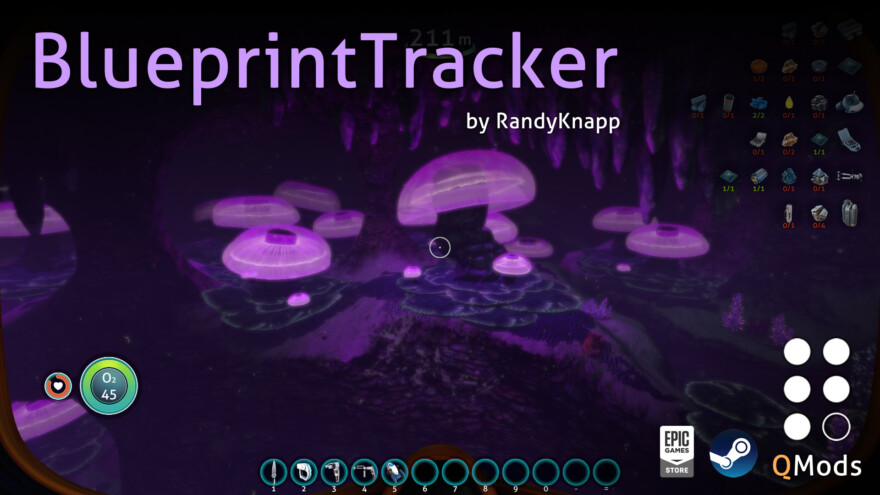 One of the few mods that will make your journey in the game a bit easier is to install this mod.

Blueprint Tracker is a mod that will allow you to complete your crafting tasks easier by tracking down items and resources that you need to craft an item or a material for another item and material.

Basically, it eases up the grind by giving you the quality service that you need when you’re 50000 kilometers deep into the ocean of a foreign planet. 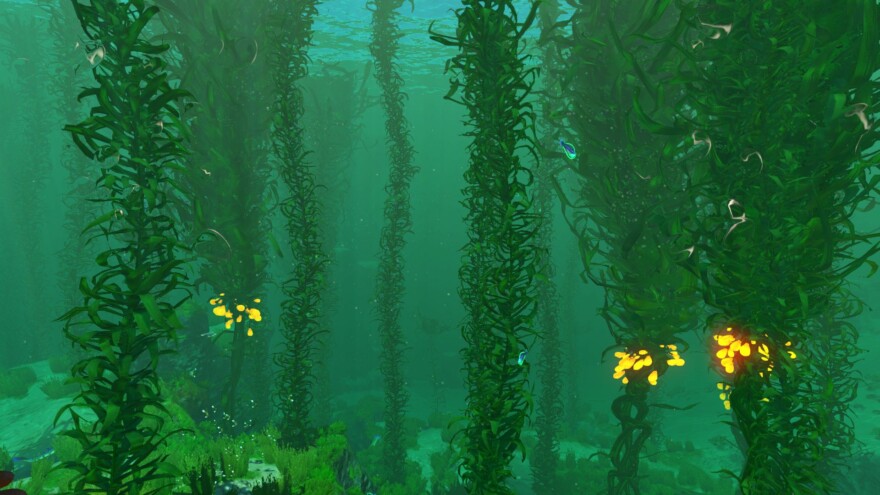 When you don’t feel like the dark is a better choice, that’s correct. What we have here this time around is Vibrant Shaders, a mod that will make your game a little bit less scarier.

I mean, come on, nobody wants to die of a heart attack trying to enjoy an underwater game with a freaky bastard ruining your blood pressure by randomly showing up in the dark, right?

Vibrant Shaders will make your game vibrant, obviously. Grab this mod and make sure you drink enough milk. 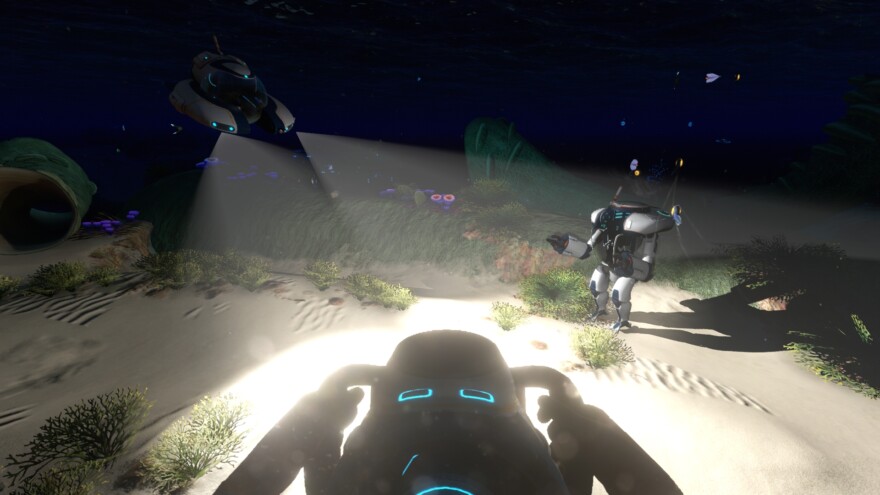 White Lights is a pretty obvious one. It changes your default lighting system into a white one. Why? Because, why not?

Look, when it comes to exploration, and it’s either a really dark one or a vibrant one, you want to have something that will have a neutral light onto them for you to be able to recognize what exactly you’re looking at.

I personally think that installing this mod is beneficial, even with or without the Hard Mode Shader or Vibrant one, simply because it is necessary for you to be able to get out of the crappy lighting system you have for the game. 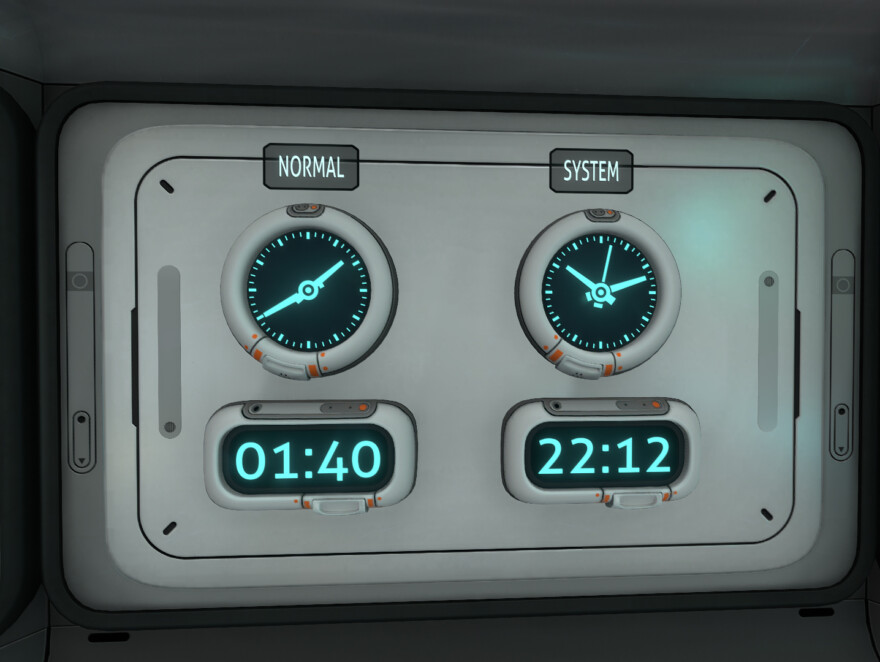 Base Clocks are a simple addition to the game. That’s how crazy good that movie was, and that’s not even the point.

The point is that Base Clocks lets you know what’s the time in your game and real-world time.

That alone makes this mod amazing, and it gives off the Interstellar vibe of getting stuck in an unknown world. 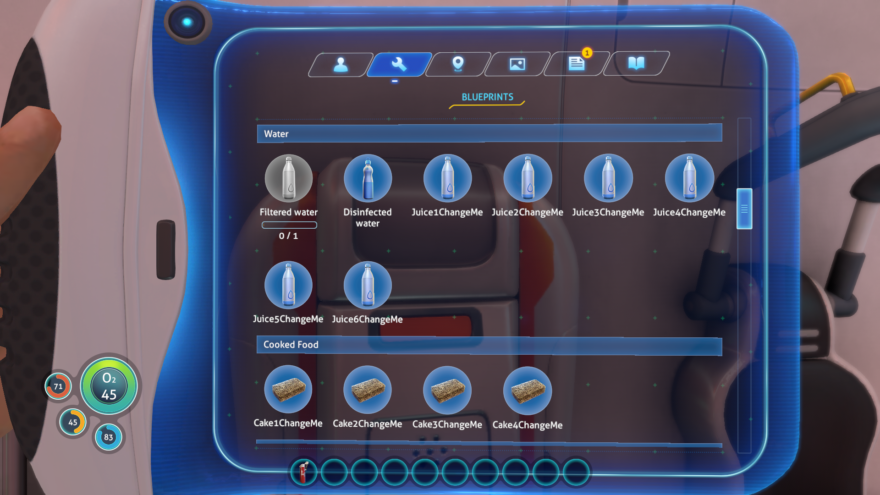 Subnautica is a crazy game and what’s good about having a crazy game is that when you have crazy mods, that makes your lives easier.

Custom Food is all about customized food, which should be really obvious by now.

This mod gives plenty of options to customize 12 various consumables such as cakes and juices.

The good thing about having Custom Food installed is the customizable option they brought into these items, which for me, is a good addition, and I highly welcome it to the game since it doesn’t really break the game in some form or way. 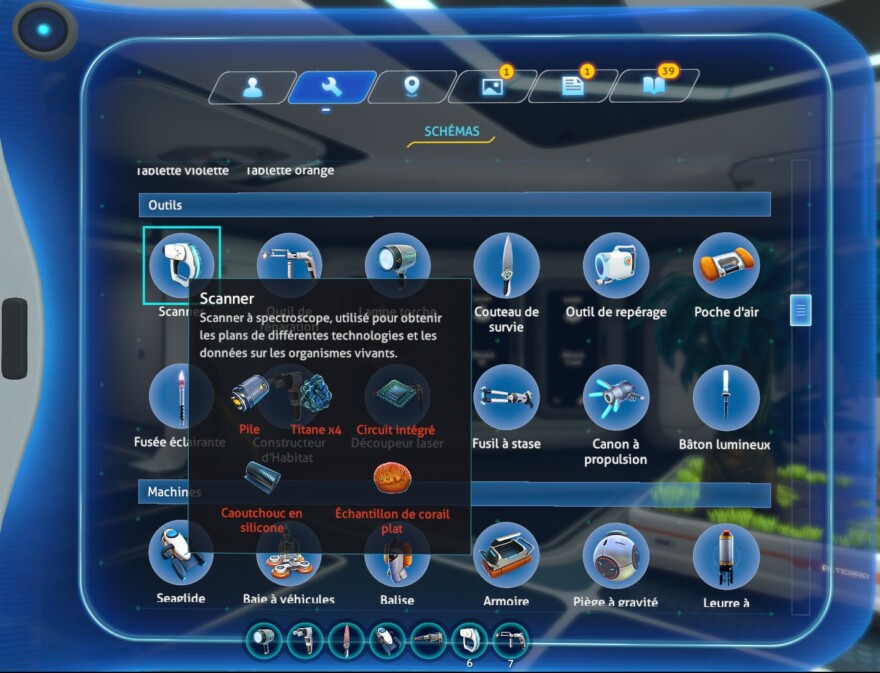 Nothing beats modders making the game more balanced when it comes to realism than it was first released.

And since we’re already talking about balances, Realistic Recipes, and Increased Difficulty is a mod that has both.

Vanilla Subnauticaisn’t even hard compared to the harder mode, which, for me, at least, barely is hard to begin with.

This mod will allow you to have increased difficulty, and the in-game recipes are now revamped into a more realistic scene, as they should.

There are a couple of additions I’m not gonna be mentioning, just know that the game will be balanced in one way or another. 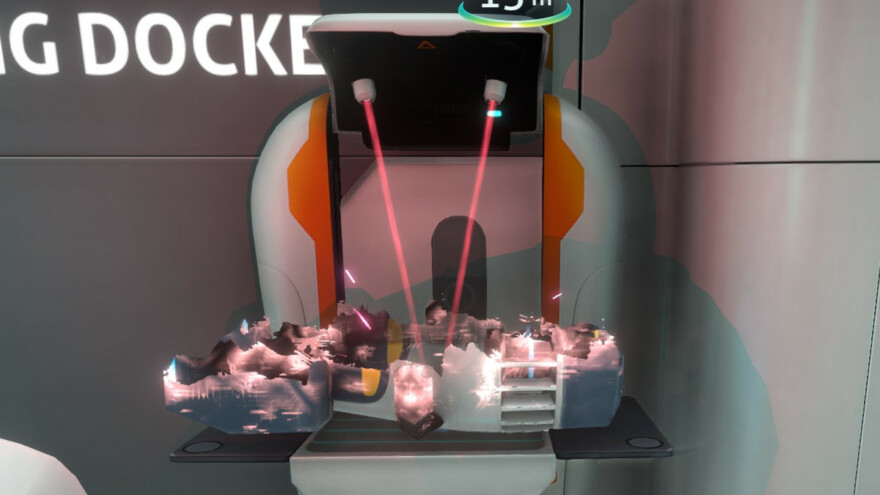 This is the only mod that annoys me. It’s because of the 100% efficiency it has on the items.

I’m pretty sure that it is not very thermodynamic rule-friendly, but Defabricators will break down items for you to be able to extract the basic building materials of that particular item.

It’s a good mod that will help you obtain precious resources by recycling items and getting those materials at zero emissions. 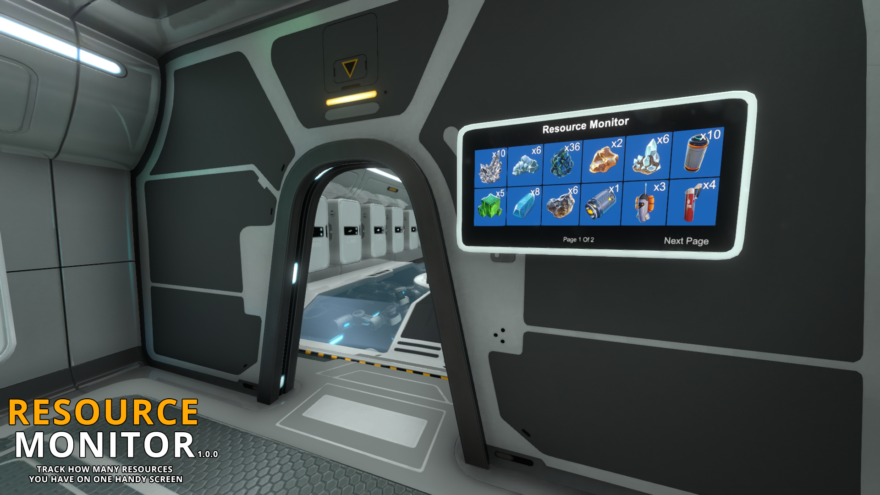 This mod will help you monitor your base resources so that you can manage them efficiently and allow sorting things out with your inventory.

A big part of Subnautica is automating resources and letting the machines do their own thing.

With ResourceMonitor installed, you’ll have one of the most effective methods of dealing with problematic resource management in the game, especially with the lockers. 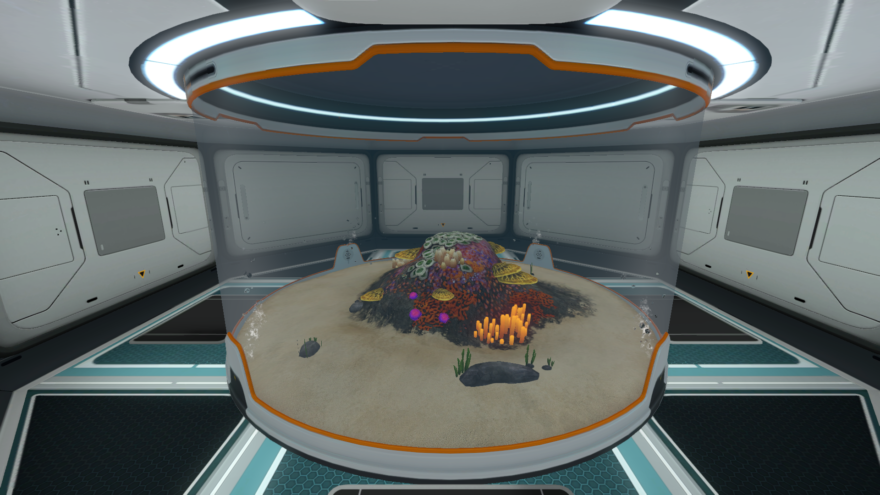 Fish Overflow Distributor is a mod that will help you automate your breeding system, especially with the fish that you get here in the game.

I mean, imagine getting a rat, instead. Lol. But anyway, this mod is an automated system that will take your brand new pets from their parents, feed them, and make enough room for you to save time and do other stuff instead.

The only thing that you need in the game is another automated system to save more time, and this is exactly what you get by having this mod.

Upgraded Vehicles is a mod for vehicles. You’ll have an updated system for your vehicles, and you’ll be able to stack the upgrades for those vehicles so that you’ll have something more powerful than the vanilla version.

With this mod installed, you’ll be able to enjoy a few new added abilities that you’ll unlock once you start upgrading, obviously.

The added features are present in your Cyclops, suit, and the Sea Moth. 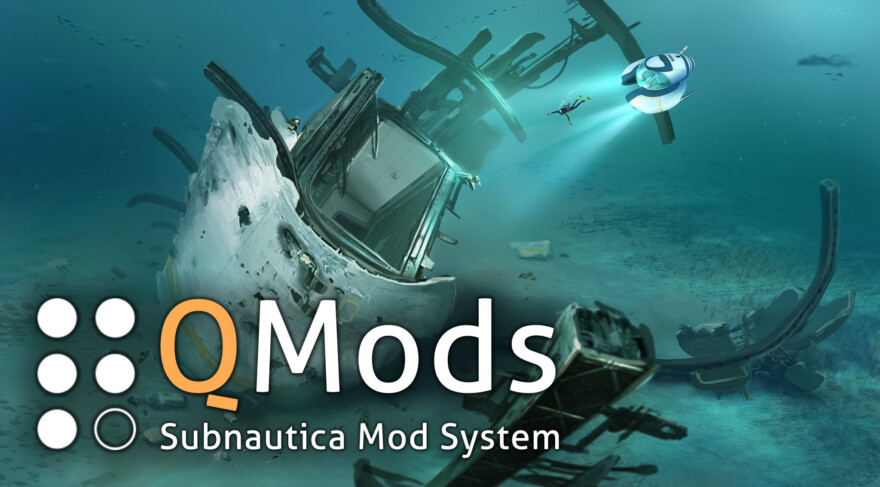 Usually, when you’re so deep into the game, you’re forgetting one important aspect of modding, and that’s to have a mod manager to efficiently manage your mods and remove the ones that are incompatible with your game.

It’s always good to remember that even with mods’ experience, it’s not really safe to assume that you always know what breaks your game or what doesn’t.

Qmod Manager is a mod that will help you manage your mods so that they don’t have to be in the game if they aren’t incompatible or are introducing unwanted bugs.

I personally prefer having only 1-4 mods installed in any game, but when it comes to games like No Man’s Sky or Subnautica, games with large and explorable areas with limited technology tier, I prefer having a lot of realistic takes and installing a bunch of mods that I think will balance the game.

I’m a modder myself, but sometimes I really feel like over modding a game can be a bit too much, and it’s gonna be Skyrim all over again.

Anyway, that’s it for now. Be sure to check our other listicles for more.