Dragon Age: Origins is one of the kino games that you’ll have to play for yourself to experience the enjoyment.

It has been around for 11 years already and one of the best video games to have existed, especially for the RPG fans like me.

Here are the best Dragon Age: Origins mods that you’ll need for this year. 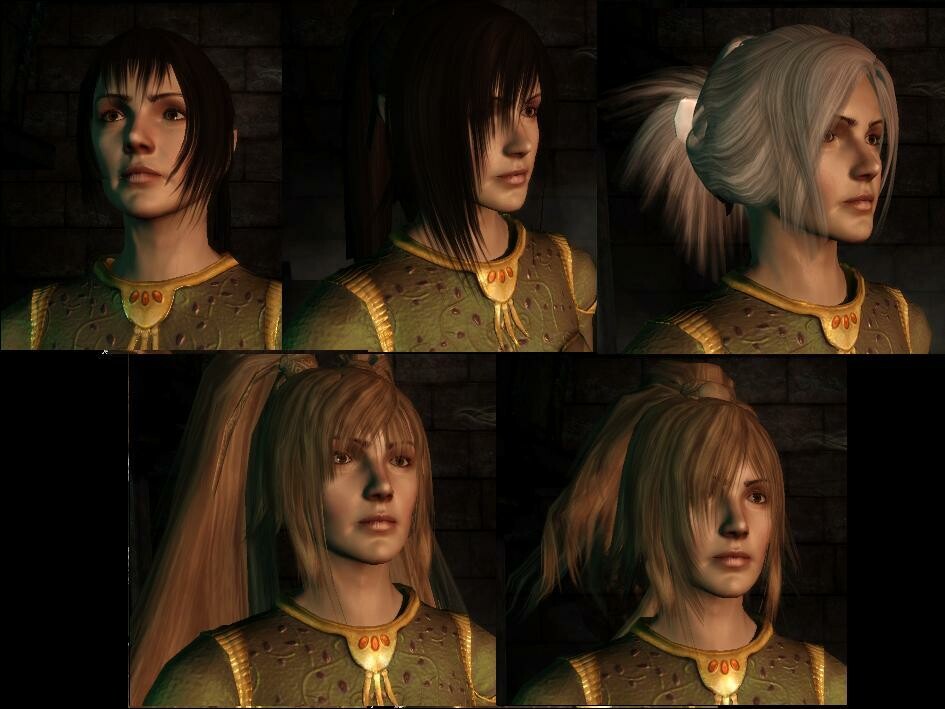 Character creation allows players to either create themselves near perfectly or create an entirely new persona in-game. But the Dragon Age Origins customization is a bit lacking.

So, the More Hairstyles mod helps to fix that a bit by offering many more hair choices. Although it might seem like a small mod, hair is one way to get your character to look how you want them to.

This mod works for both male and female characters, including hairstyles for humans and elves. 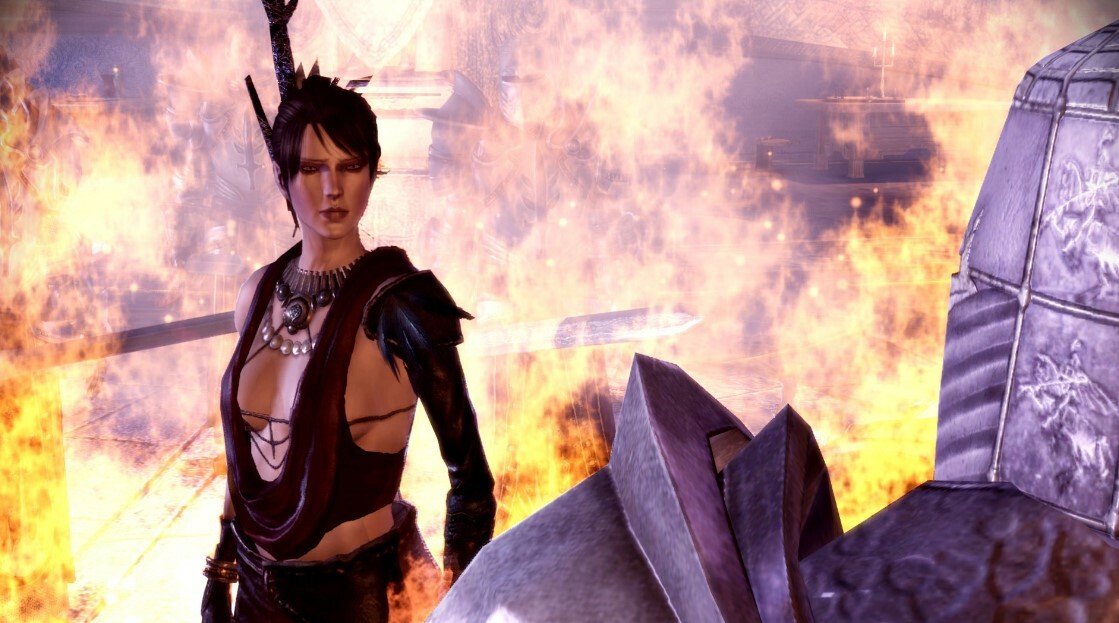 If you’re familiar with Dragon Age, then you know that Morrigan is a well-known and important character in the series.

However, many of her scenes and dialogue were cut. So, the Morrigan Restoration Patch mod is here to restore at least her many voice lines in Origins.

The mod will also fix some issues that players encounter when talking to Morrigan, such as some of the dialogue not working properly. 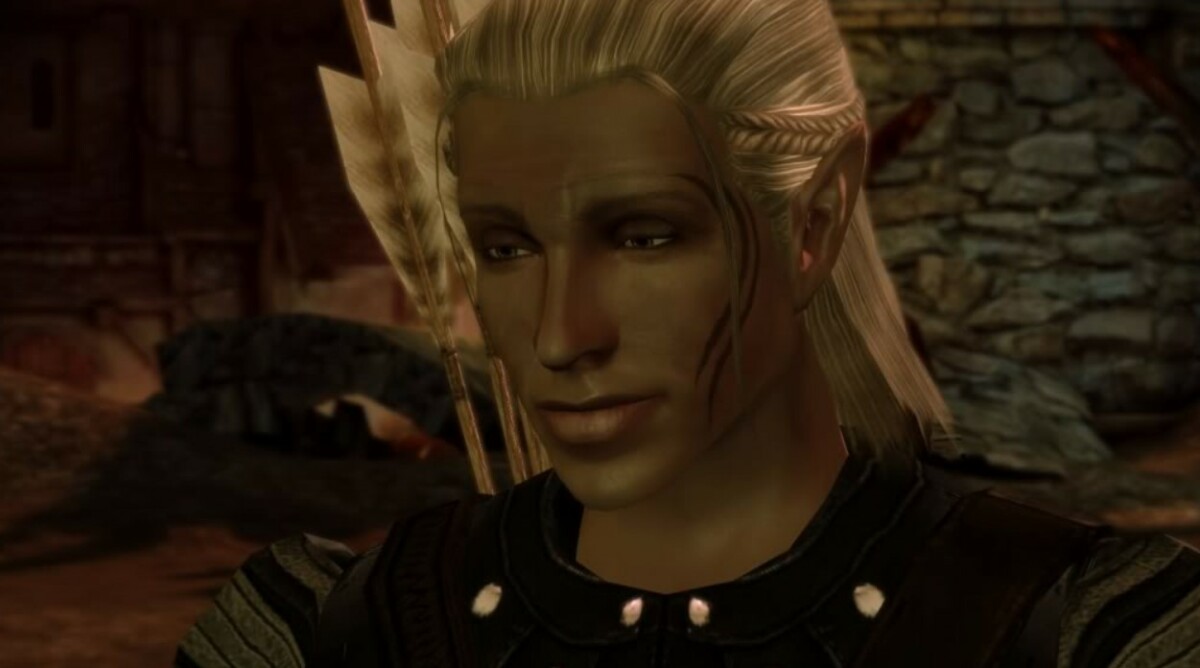 Dragon Age: Origins first came out in 2009, so the game has shown its age, including many dialogue bugs.

The ZDF Dialog Fix mod offers a solution to many of these issues by repairing a lot of the dialogue.

These bugs include Zevran saying the wrong things at the city gates and glitches in the Alienage, among many more. The total list is fairly long, and the mod creator lists every change made. 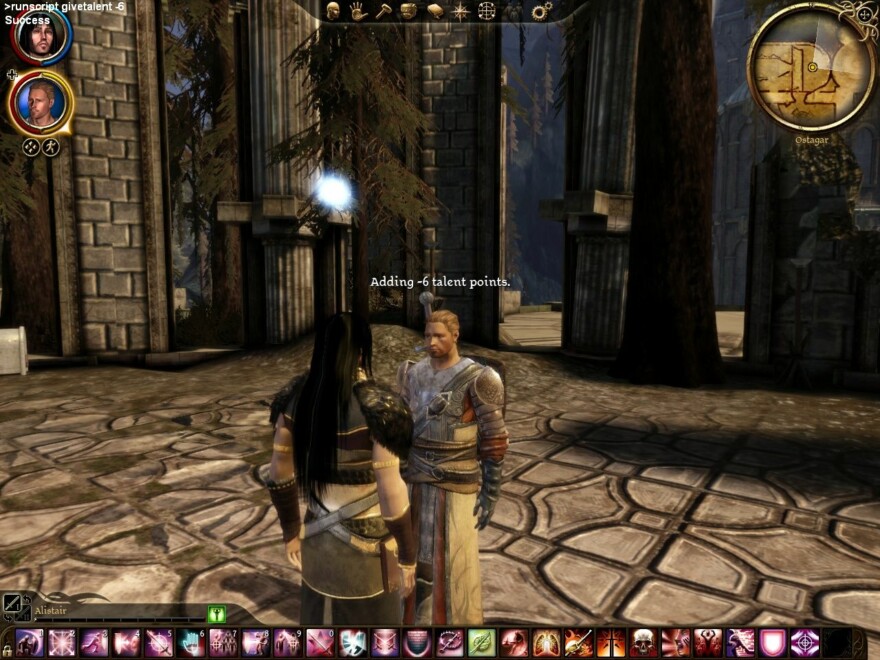 Basically, what it says in the title. In Dragon Age: Origins, it’s important to see what you’re typing and see what you’re doing correctly. Console commands are a good tool to use if you’re trying to get a new weapon or armor or both.

By default, the console command’s visibility is zero, it’s invisible, but by using this mod, you’ll be able to see what you’re really typing. It’s an essential mod, and you’re missing out if you don’t have this one installed. 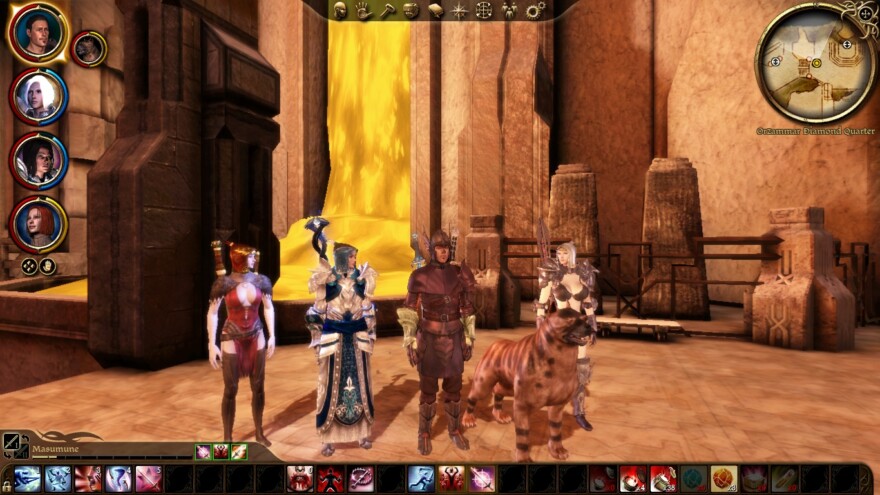 Mabaris are special dog breeds that are made to fight alongside you as you journey into the world map. Of course, we all like dogs, and if you don’t like dogs, that’s fine. Let my mabari have a taste on you.

Anyway, Extra Dog Slot will allow you to get your mabari out via the dog whistle and have them in your party without having to take the companion slot. So, you’ll be able to have 3 companions and a doggie. Pretty convenient, in my opinion.

A fix pack containing files that will fix most of the game’s bugs is more than 800 bugs.

It will also allow you to see the restored content from the cuts consistentfrom ALL the existing content, which is a great thing to have..

JB3 is a mod that enhances the graphical detail and overall environment of the game while being faithful to the game’s design and feel.

This is the “Enhanced Edition” mod that you really need to have, especially if you’re playing Dragon Age: Origins in 2020. 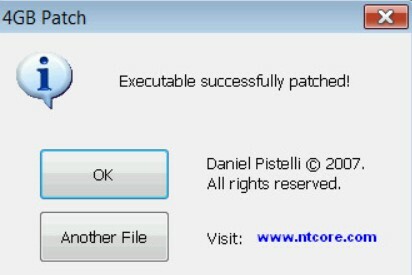 Dragon Age: Origins is a good game, but it was made 11 years ago. Of course, it wasn’t really optimized for a lot of games.

So 4GB Patch is the solution that will fix most of the problems in the game, like the memory leak in the game and allow it to run in higher RAMs. Its default was set to 2gb.

This patch will help the game gain traction to have a stable gameplay and access 4gb of memory. You need this patch before installing Qwinn’s patch and JB3, so beware of installing them individually. 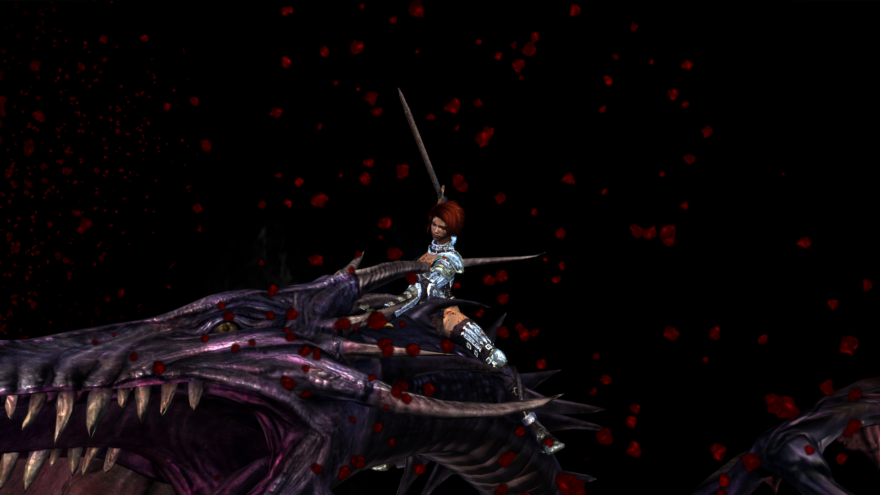 In RPG games, we all want to see our character’s hair and face. I mean, if you pulled the ugly one out, you should really wear a mask, but most of the time, it’s really dull to wear dull headwears.

Here we have the No Helmet Hack by Yonline2, an item you can use to toggle between showing your helmet or nah.

It appears as a “Null Helmet Handbook” in your inventory that you can use to switch between ugly (with helmet) and fashionable (without one). Definitely worth getting into your game. 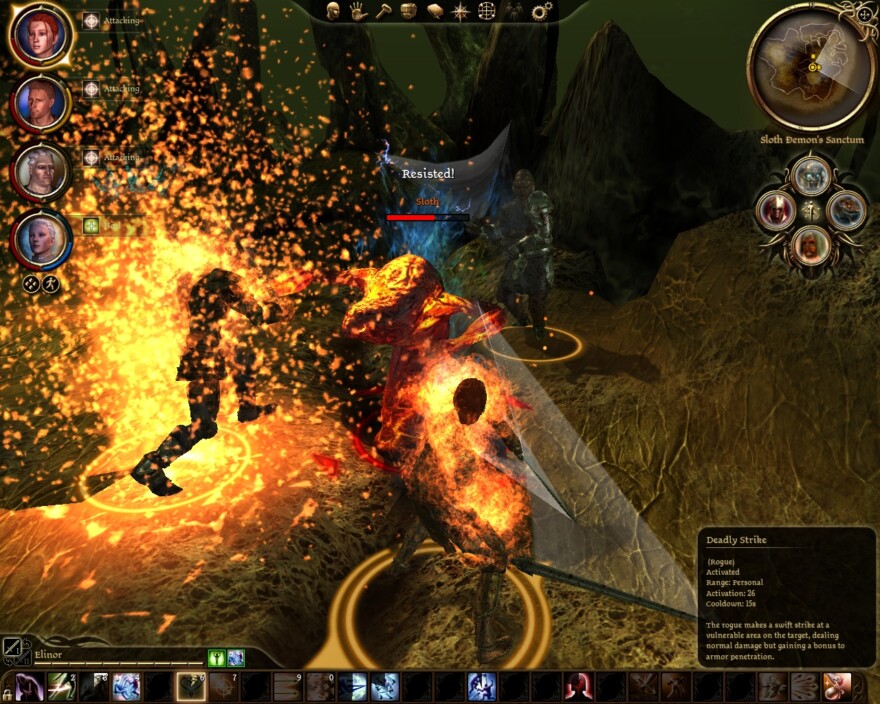 So there’s this mod that will allow you to skip the Fade sequences and will help you shorten your gaming time inside that hellish adventure into your companion’s nightmares.

The puzzles aren’t that really hard, it’s just time-consuming, and the maze-like surroundings will actually consume more time than defeating the boss. 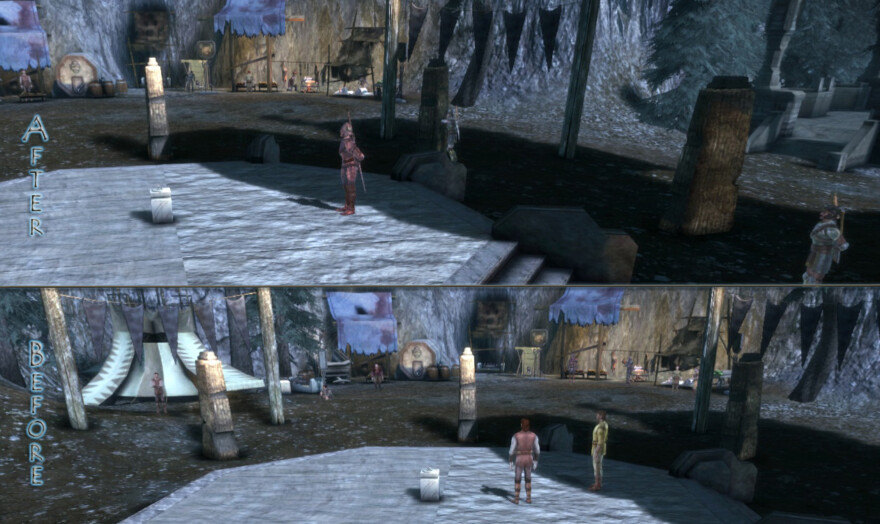 This mod will allow you to have an improved gaming experience. It’s a good addition to the set of mods here and basically makes your gameplay a bit more fun and a little bit more immersive and less dull than the original.

Of course, the vanilla is already fun, but modders figure out that they can add a few things to make the overall experience better. 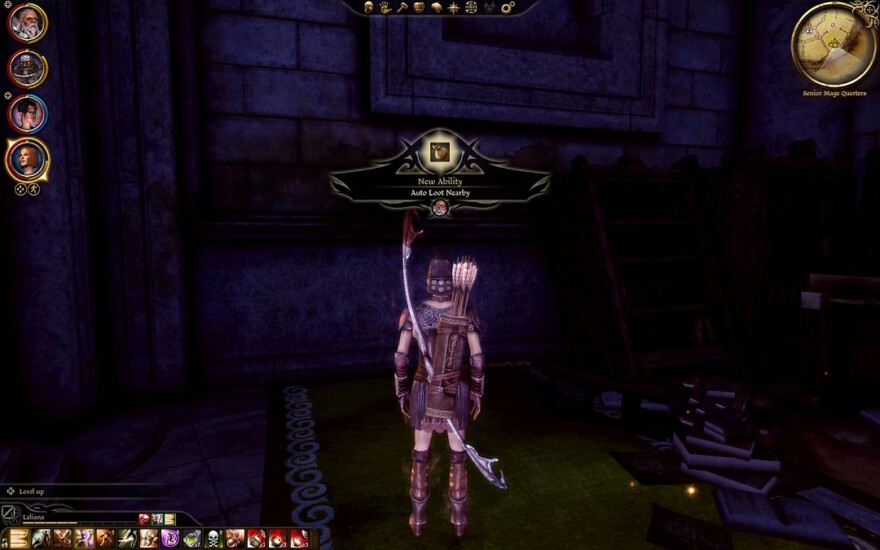 This is the mod for the lazy adventurers. And that’s why I have this installed on my DAO copy, but yeah, having this mod is handy because it basically acts as your item magnet and auto-pickup any lying items on the ground that you’ll waste time picking up.

I don’t know why this is a thing that needs to be added, but probably the realism they went through was significant to the game’s vibe.

I really hate having to pick up items in RPG, but yeah, auto-pick is something that is case-to-case basis, in my opinion.

Definitely gonna be your essentials. Skip Ostagar is one of the mods that will allow you to save so much time you’re gonna be spending in Ostagar, especially if you’re gonna replay the entirety of the game.

Usually, it takes 1-3 hours for you to complete your trek in that area, but for me, it’s around 4-5 hours.

I don’t normally take the right routes, and sometimes I spend some time looking at the staging area, so this is really a time-saver, especially for speedrunners lol. 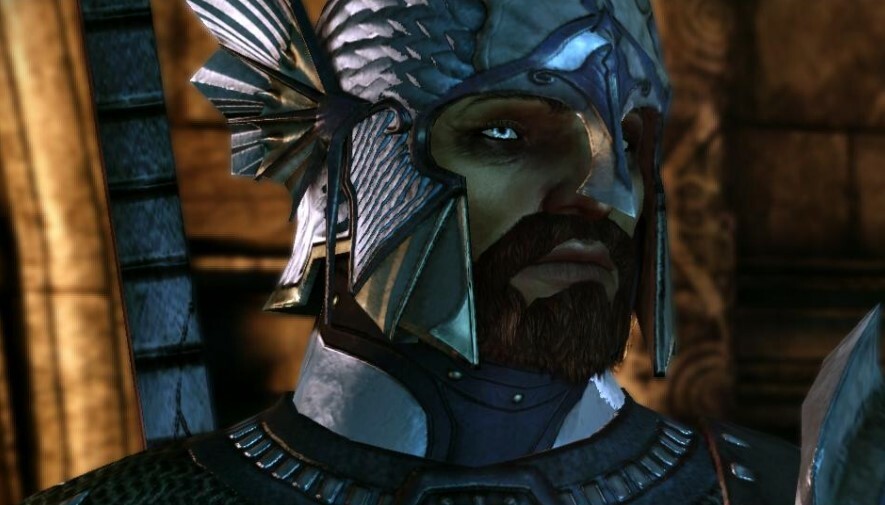 One of the best looking mods out there, Dragon Age Redesigned will completely turn your vanilla into a chocolate double dutch deluxe. The characters’ textures and models were redesigned (obviously) and made it a bit more dated, especially with our current technology.

It’s not looking like it’s made in the 1950s and made it look like it was on par with Final Fantasy XIV, at least.

Anyway, you should really get this mod, even if you’re just starting out in vanilla as you might turn your head away from this classic of a game, but yeah. 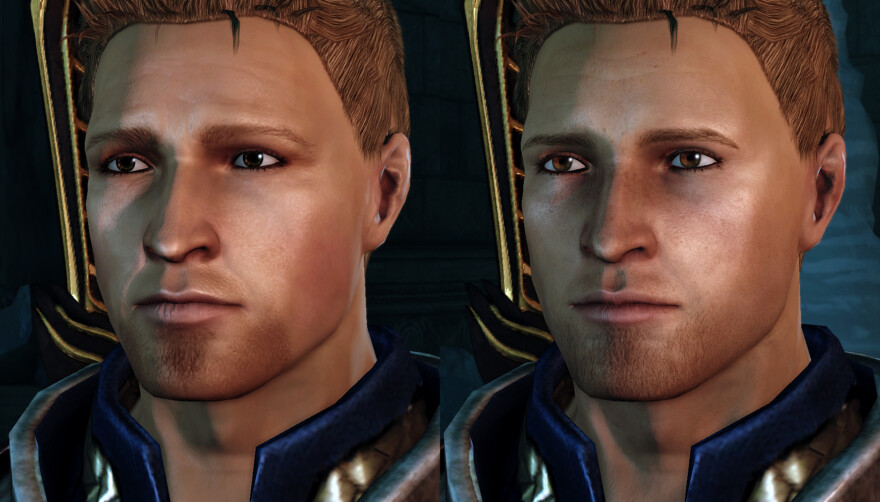 This is the mod that will bring your ugly companions’ faces back from the brink of death. It’s a graphical overhaul of the facial textures, and they will have improved looks because of this mod.

Normally, I couldn’t care less about what the companions’ look like. I mean, come on, I’m the protagonist of the game, why should I worry about them? Replaying the game over and over again made me realize they, too, needed a mod to fix their lives.

Don’t leave them behind and have them enter a makeover program. 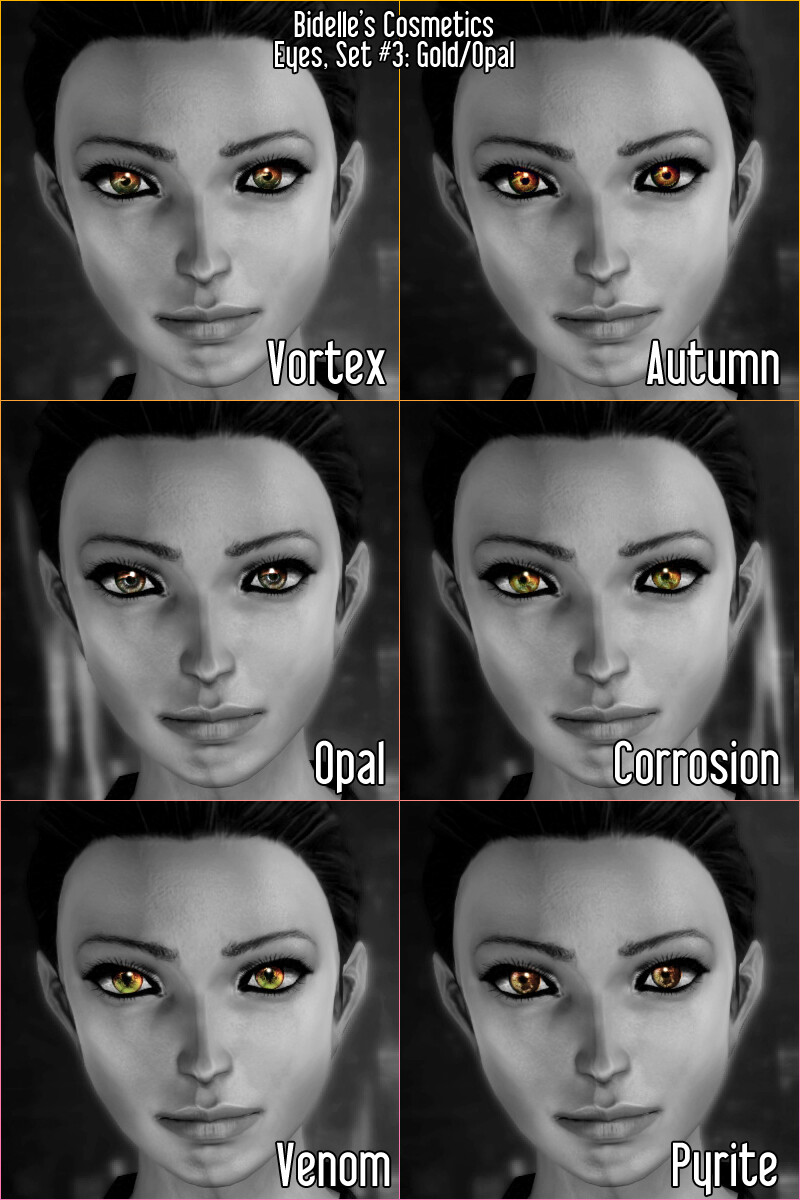 This mod will help you customize your character, so they’ll look better. We’ve already had a mod for your companions, why not a mod for yourself as well.

This mod includes a lot of customizable features, especially when it comes to character creation and what you want your character to look like.

It adds Preset faces, beautiful eye textures, and a wide variety of skin complexion to choose from, and the good thing is, you can have it for all races.

If you’re a character creation freak, this mod is for you. Bidelles Cosmetics is definitely a top pick for me. 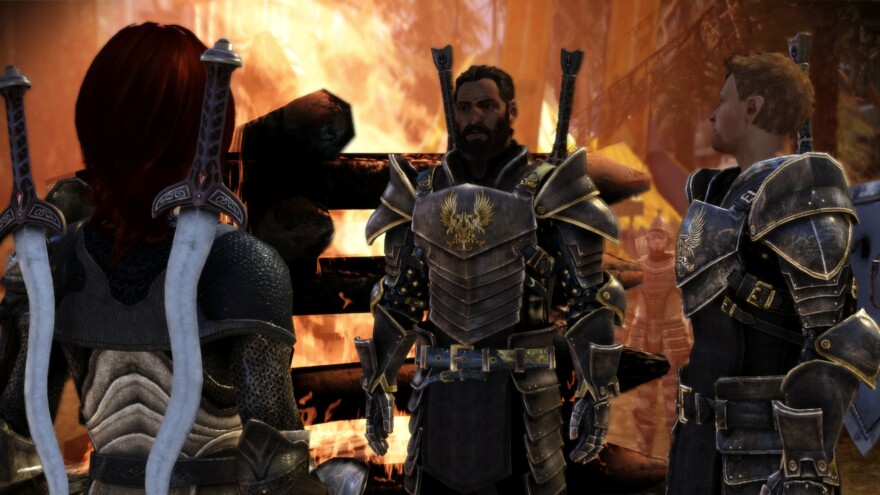 Now in this mod, you’ll have the Dragon Age 2-styled warden arsenal. I like this mod because it gives you the more aesthetic vibe of the Grey Wardens in an older game, which is pretty decent. I personally prefer having this on because of the aesthetic.

They don’t look like a ragtag band of warriors of some sort, and they all look slick as hell. 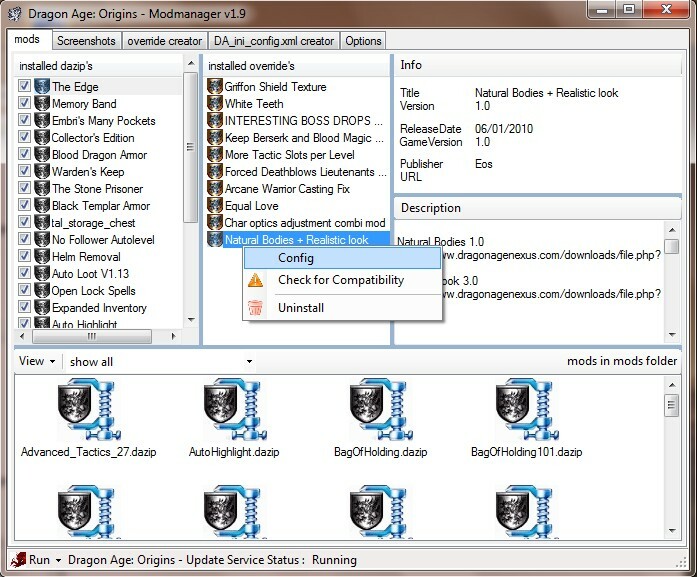 This is an essential tool when you’re so deep into the mods, and you wanna do an inventory check on what you have on file.

You SHOULD install this before downloading any of the mods in here because it acts as your Task Manager, and you can uninstall mods and review which mod should be on your game and which should be in the Recycle Bin. DAO-MODManager is a must for every Chad Origins enjoyer out there.

Any of these mods can fall under these two mod categories. Be sure to check which mod you’re downloading and which category they’ll fall under.

These are mods that can be installed in the bin_ship folder in your Dragon Age: Origins directory.

It doesn’t need to be installed but requires you to manually place files in an override folder, which can be found from your Documents folder (usually, this is where game saves are found).

I really love Dragon Age: Origins, but I was more into Dragon Age 2 more than the first. Anyway, these mods will help you obtain the optimal gameplay experience, but don’t forget that even in the vanilla game, it’s still great.

Oh yeah, don’t forget that DAO-MODManager is a must for a better mod managing. Good luck!