Pathfinder: Kingmaker has been well-received by both fans of the tabletop RPG it’s based on and by CRPG fans in general.

The game does its best to emulate the tabletop experience, providing numerous options and countless gameplay hours.

However, like any game, it isn’t infinite; and after you’ve played through it enough times, you might just want to add something extra to the experience.

Thankfully, due in great part to Pathfinder’s sizable fanbase, Kingmaker has many user-made mods available to add something new to your next adventure.

Below, we’ve listed twelve of our favorite mods for Pathfinder: Kingmaker. 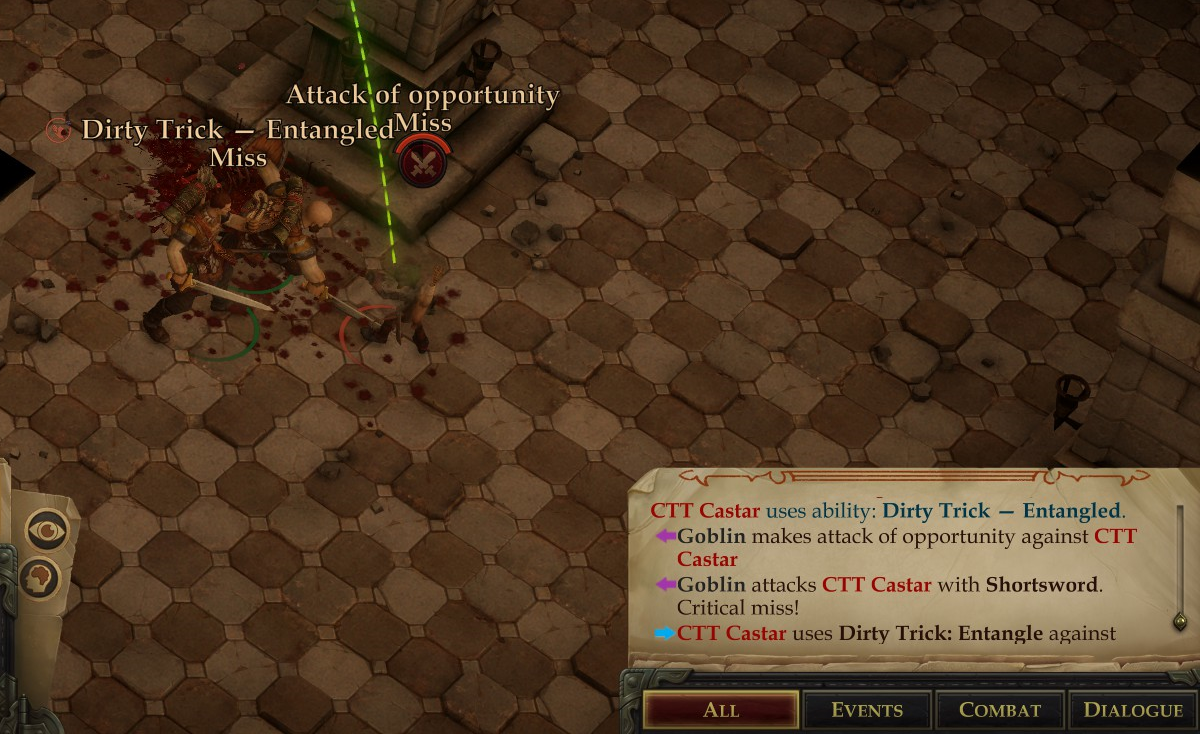 For those who may not know, Pathfinder was first introduced in 2009, based on the famous Dungeons and Dragons (3rd edition, to be exact).

While video game versions are more convenient, they aren’t always the most accurate. So, the Closer to Tabletop mod makes several adjustments to the mechanics of the game to alter it to be more similar to the tabletop version.

These adjustments are made to the flanking mechanic, and combat maneuvers and include the addition of soft cover. The creator also notes their recommendation of using this mod alongside the Turn-Based Combat mod. 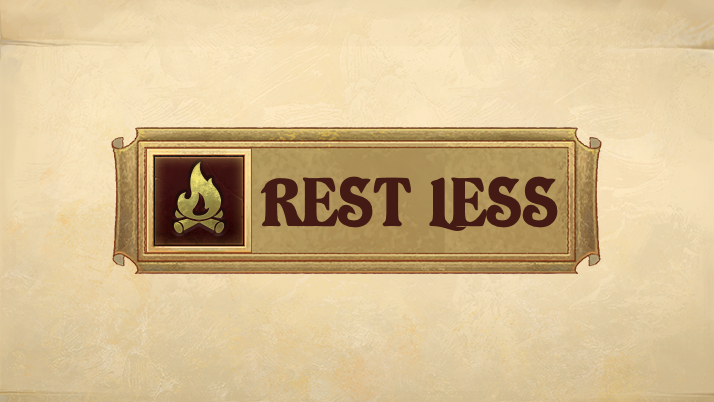 Whether the game is tabletop or on console, most adventuring parties need time to heal and rest before continuing.

However, waiting can slow down your gameplay and feel frustratingly too long, so the Rest Less Slower Weariness mod is available!

This mod allows you to alter how much time it takes for your party to become fatigued. The mod includes a multiplier that ranges from 0.1 to 30, allowing you to set a higher or lower time value.

Any value set below 1 will cause your party to become fatigued faster, so something to keep in mind! 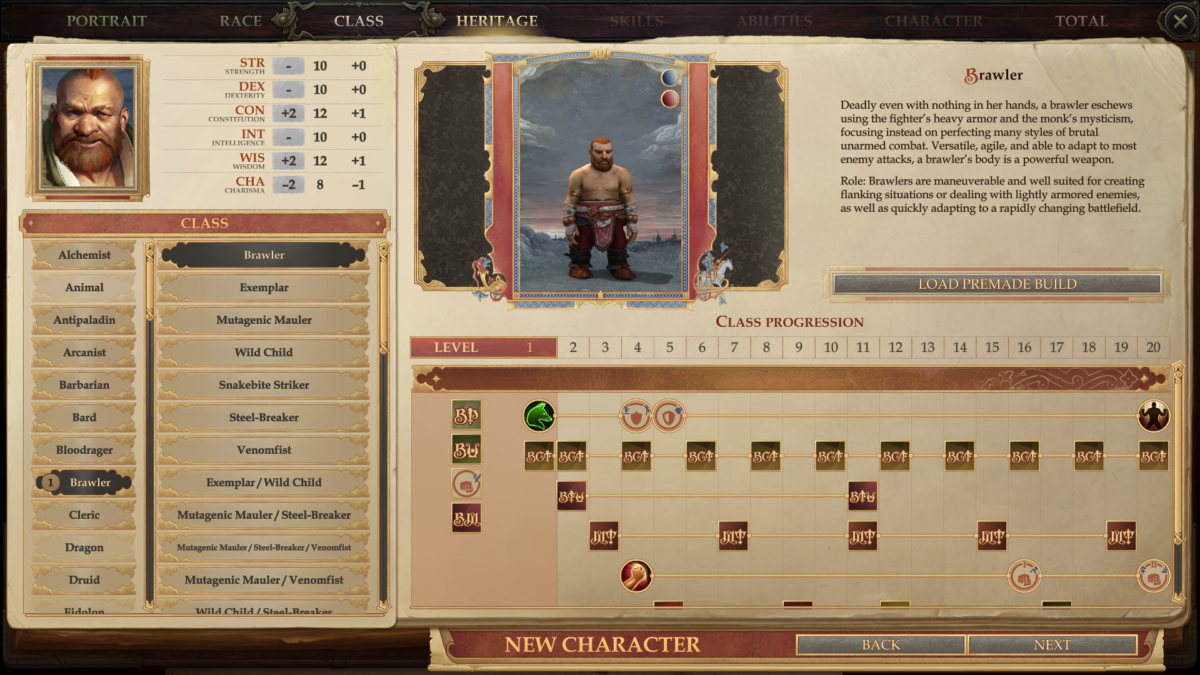 Like other tabletop-inspired games, it’s always more fun with more characters to play as. The Call of the Wild mod introduces 19 new classes to Pathfinder Kingmaker.

Each class comes with new feats and spells, as well as new abilities. This is one mod that definitely is worth the storage space for increased replayability! 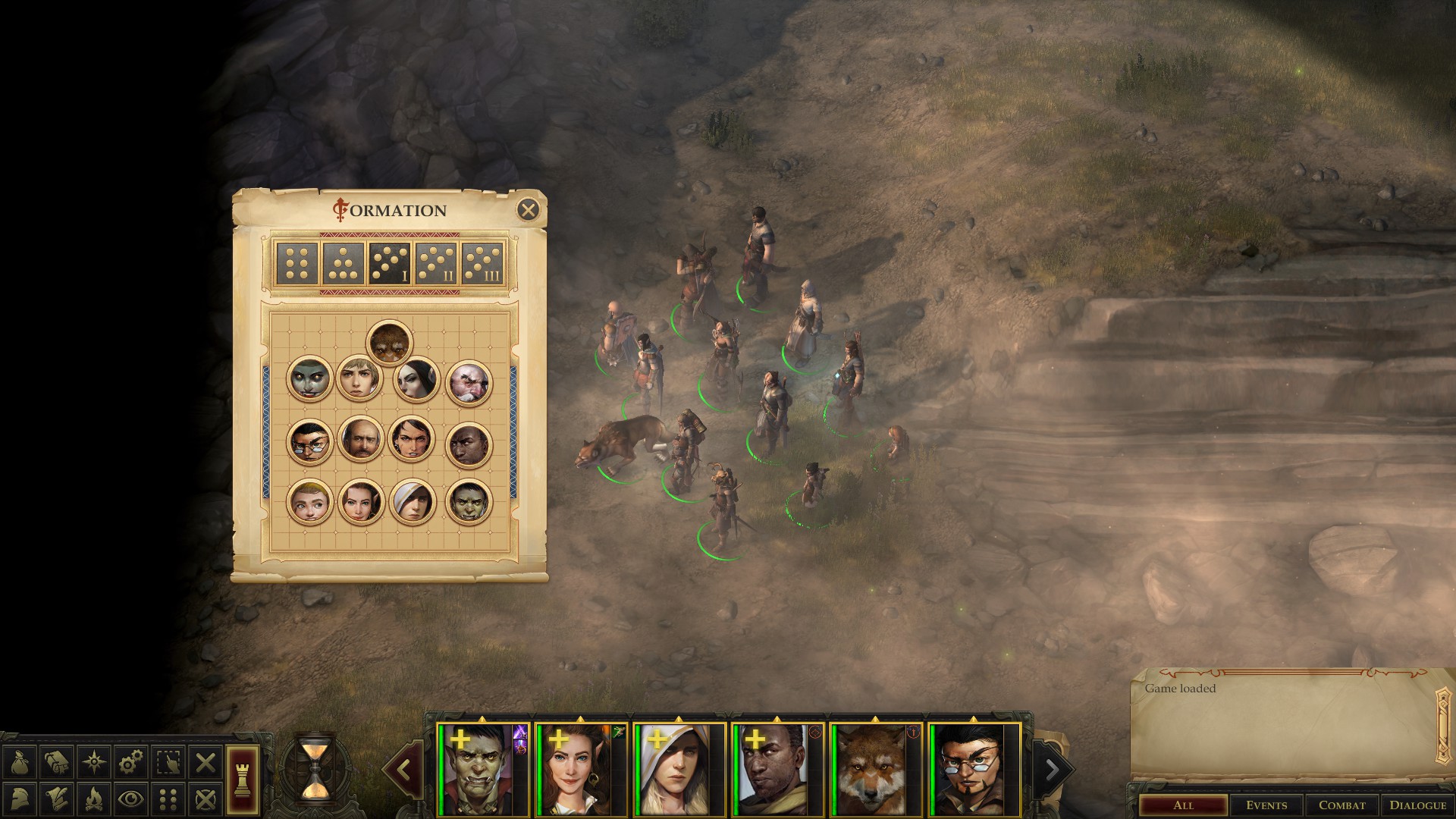 We’re putting this one lower down the list because it should really only be used by players who’ve already played Kingmaker extensively.

In brief, the Bag of Tricks mod is a set of mods that let you cheat. If you want to experience the game as intended, we’d recommend playing through it a fair few times before downloading this one.

Once you’ve done so, however, this mod, which introduces an extensive set of cheats, can prove useful.

You can use it for rushing through tedious sections of the game that you’ve played through a number of times already, or test new character builds.

Even cheats, used responsibly, can enhance a game’s experience. 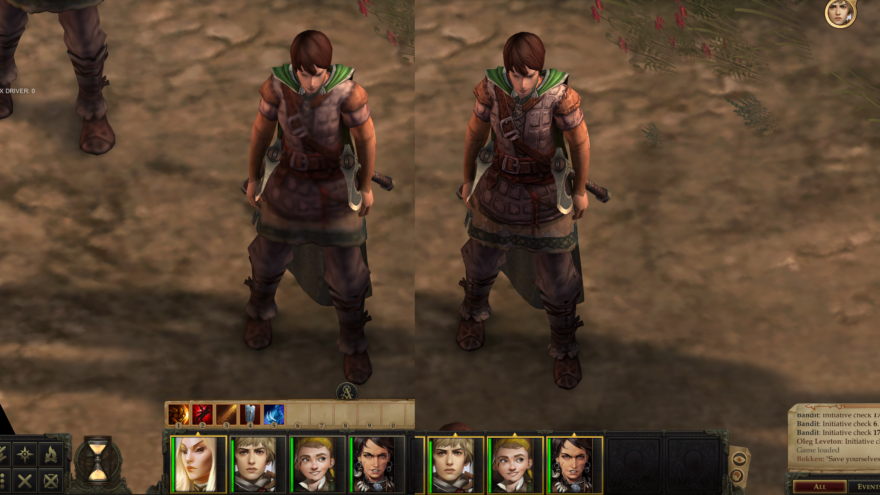 The NPC HQ Textures mod, as the name implies, gives the NPCs in the game sharper, more defined textures.

It’s a minor tweak, but it can do a lot to make the world around you feel more organic and alive.

And, well, that’s critical in a game that aims to immerse you in its setting as Kingmaker does. 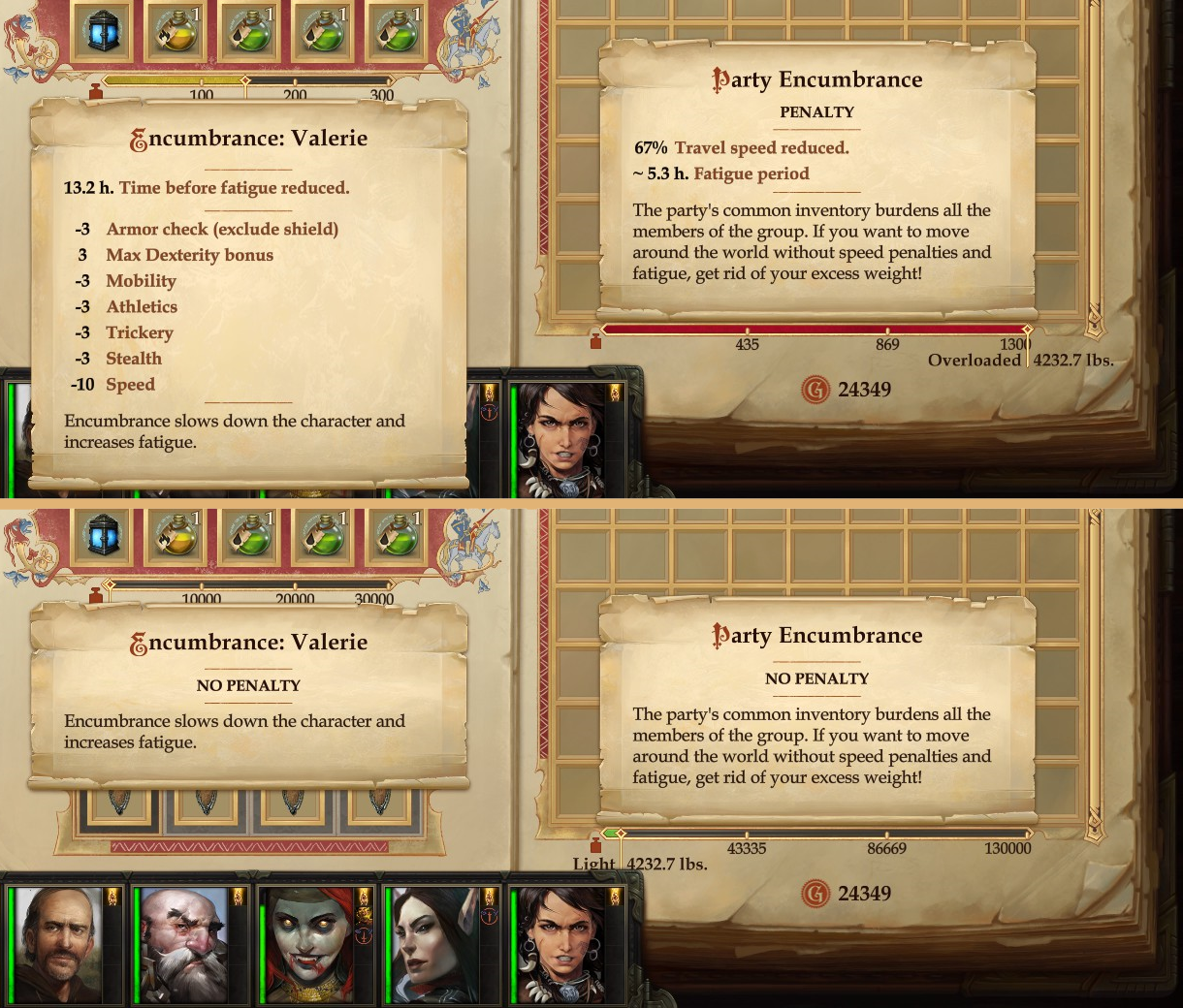 Every RPG player, at some point, comes across the issue of not having enough room in their inventory for all the cool stuff they’ve found.

Certainly, this feature is a crucial part of a game’s realism, but it can still get annoying to have to leave stuff behind on your adventure.

The Carry More mod allows you to increase the game’s encumbrance limit by pretty much as you’d like.

It’s a great way to bring home more loot, while also giving you the option (assuming you’d like to retain some level of realism) of not quite giving your characters bottomless pockets. 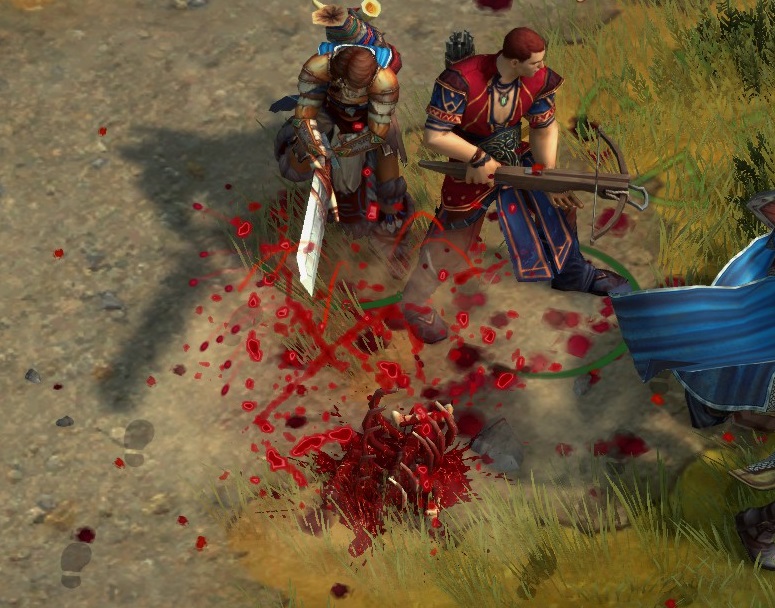 In a similar vein to the previous mod, the Zoom Unlocked mod allows you to edit the game’s limits for zooming the camera in and out.

With this, you can get as close-up on the action as you like.

Combined with the Camera Rotation mod, these can give you a lot more autonomy over the view you have on the battlefield.

As you likely know, the default camera for Kingmaker is fixed in place.

This isn’t necessarily a bad thing. It means the game needs to render less of the map, and some players feel that camera rotation can cause them to lose focus.

However, some players like to be able to rotate the camera. They find that it makes it easier to map out the battlefield and strategically place their party members.

If you’re one of them, you ought to consider the Camera Rotation mod.

As the name implies, it allows you to fully rotate the camera, both in-game and on the global map. It can be a tremendous asset if it suits your playstyle well. 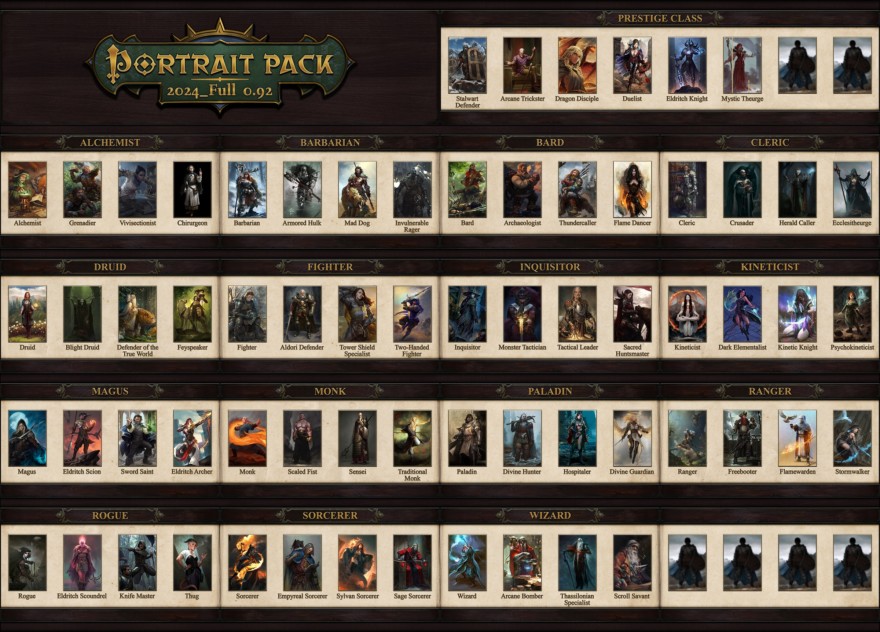 Character portraits seem like such a small thing at first, but they’re an integral part of making classic story-driven CRPGs truly immersive.

After all, you’re playing out a fantasy epic in the shoes of the hero. It’s good to have an image of your protagonist on hand that lines up with the personality you have on hand for them.

The Portrait Pack 2024 adds no less than 2,382 character portraits for you to choose from.

This, combined with the portraits the game already provides, pretty much guarantees that you’ll be able to find something that matches what you had in mind for your hero. 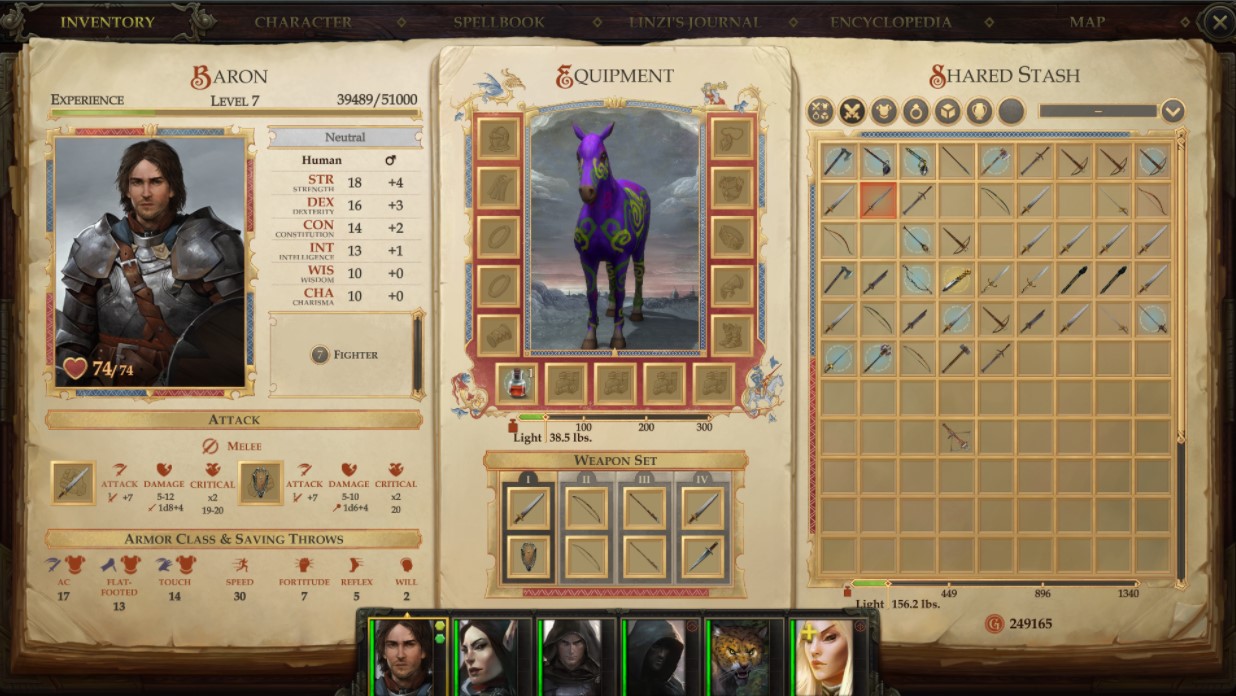 A common dilemma facing many RPG players is that, while most modern RPGs allow them to extensively customize their characters to their heart’s content, all of those unique features are usually end up buried under several layers of armor and weaponry.

Such is the case with Pathfinder: Kingmaker, which is why the Visual Adjustments mod was created.

The mod allows you to hide the various backpacks, helmets, and outfits that you’ll inevitably dress your character up in during the game.

In this way, you’ll be able to get the benefit of the stats this equipment provides, while also ensuring the character you spent so long designing is on full display throughout the game. 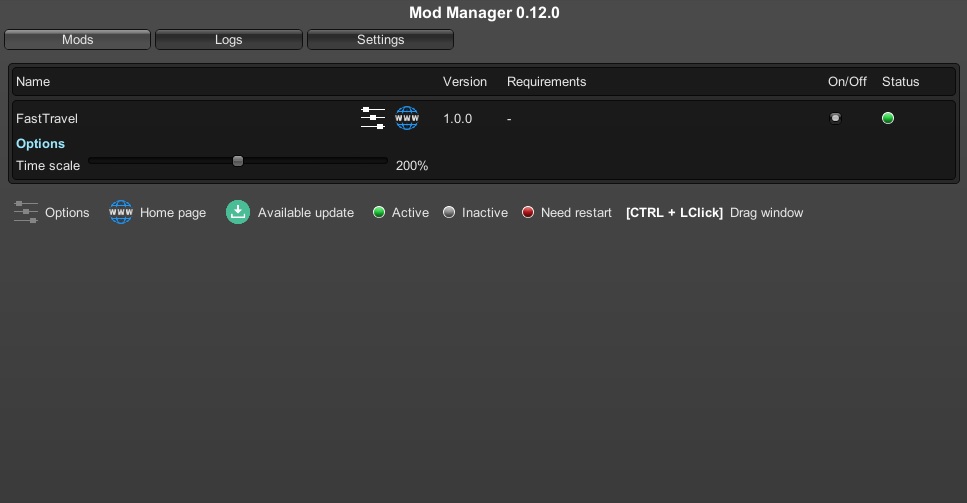 Kingmaker is a consistently engaging game the first few times around, but as hinted to above, once you’re sufficiently familiar with it, there are parts that start to drag a little.

The Fast Travel mod, in short, allows you to speed up the game during battle, exploration, and global map sequences by up to 300%.

The game’s speed during all these segments is locked by default, and as a result, they can start to seem rather samey when you’ve played through the game enough times.

This mod lets players more familiar with the game skip through the slower bits and focus on the sections that truly make it repayable. 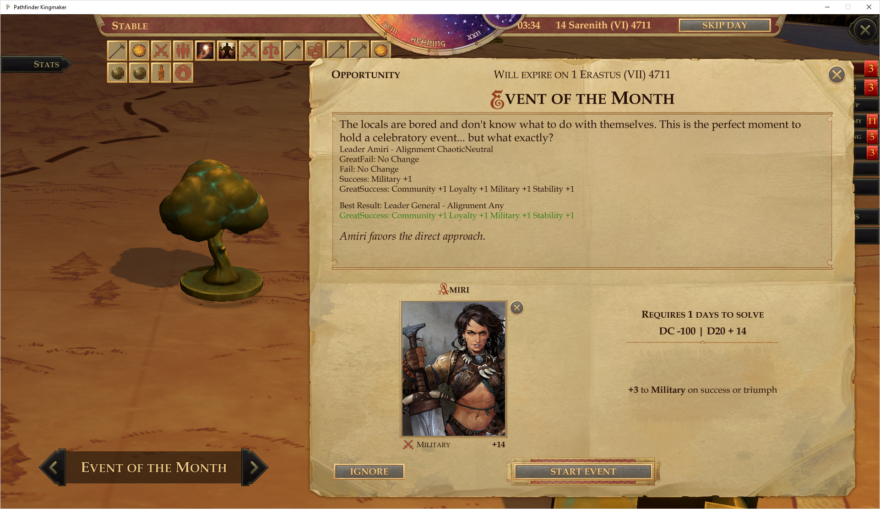 As the name implies, Kingmaker’s major aspect is assuming a position of rulership over your barony.

And while the game does execute this very well, certain aspects of governing your realm can start to feel a little tedious when you’ve played through the game enough times.

The Kingdom Resolution mod is all about speeding up certain elements of the leadership business.

With it, you can do things like resolve Kingdom Events in a single day, level up advisors without waiting 14 days, and manage the kingdom from outside claimed regions.

We’d recommend playing the game a few times first to get the intended experience of ruling a barony.

However, once you’ve done so, this mod can be handy for getting much the same experience while speeding through the parts you’re already familiar with. 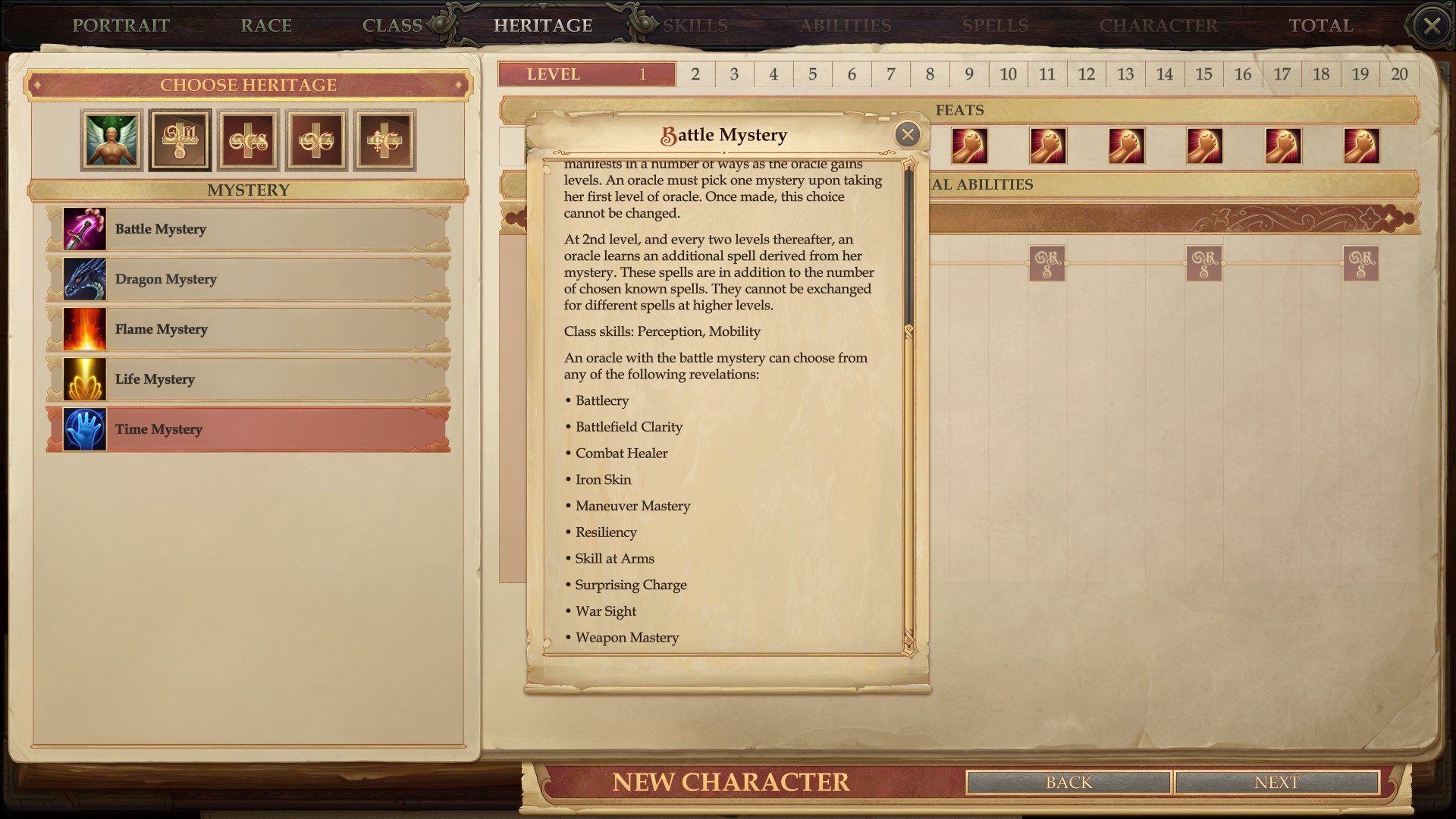 Tabletop RPGs tend to have very complicated systems. As a result, even the most faithful CRPG adaptations of these games often have to trim out a few rules and features for practicality’s sake.

There’s always more room for extra rules in a rulebook than in a game’s programming, after all.

The Eldritch Arcana mod adds the Oracle class from the tabletop Pathfinder, which wasn’t included in the base game.

It offers up a whole new set of spells, feats, and character traits, and feels almost more like an unofficial DLC than a mod.

It’s especially useful if you’d like to play the game as a caster since base-game casters can be rather weak early on. 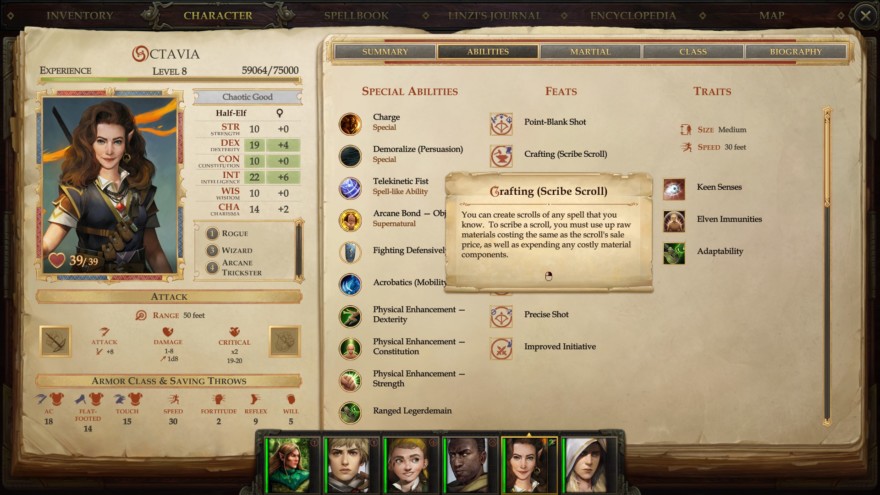 In Kingmaker, the crafting of items is something that the player is dependent on artisan NPCs for.

The Craft Magic Items mod adds a number of player skills, taken directly from the tabletop version of Pathfinder, that allows players to craft both magic and mundane items for themselves.

It’s a nifty addition that gives the player a bit more personal agency in their adventure. Just keep in mind that you’ll have to give up a feat slot to be able to craft. 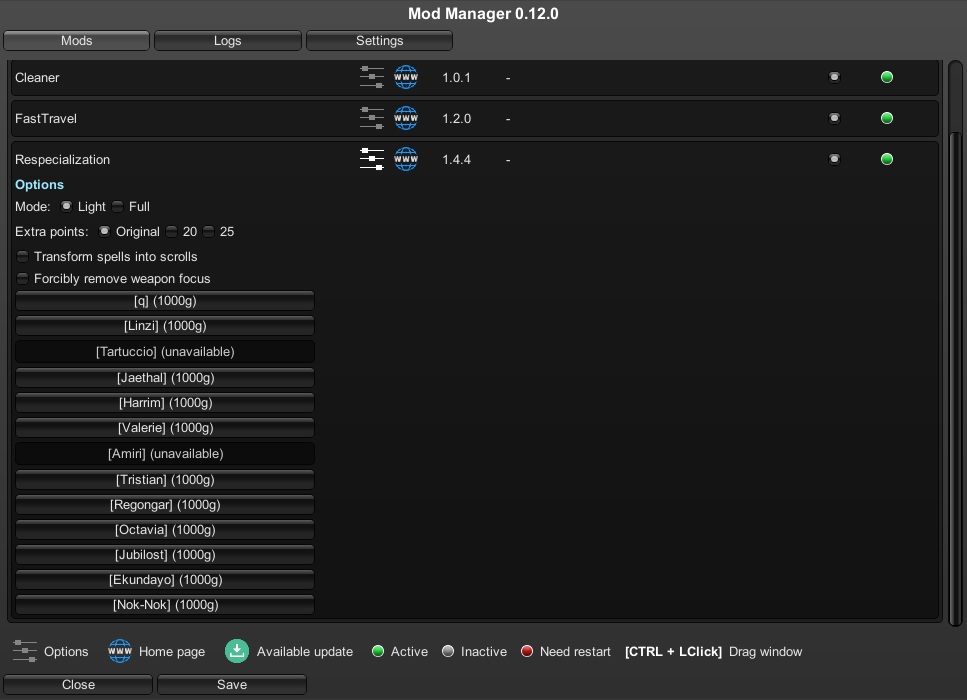 Like any good RPG based on a tabletop system, Pathfinder: Kingmaker provides you with a great many options for character skills and classes.

As a result, there are numerous directions in which you can take your character and a great many different things for them to specialize in.

However, it’s often the case with such systems that we have a go at some class or specialization that we’ve never tried before, only to discover that we just don’t like playing it.

That’s what the Respecialization mod is for.

In brief, it lets you edit your character’s skills, abilities, class, and level, as well as cosmetic things like their gender and portrait, all without having to restart the campaign.

It’s great for when you don’t want to keep playing as a particular class, but are also reluctant to sacrifice your progress.