PAYDAY 2, like its predecessor, is a game dedicated to offering players the cinematic experience of a classic heist film in co-op form; and most players will agree it does so pretty well.

However, sometimes, once you and your friends have played through the Payday 2 experience a few too many times, you feel the need to add some variety to your next heist.

Thankfully, due to the Payday games’ sizable fanbase, there’s a great variety of mods to choose from when you’d like to change up the Payday experience.

Below, we’ve listed twelve of our favorites. 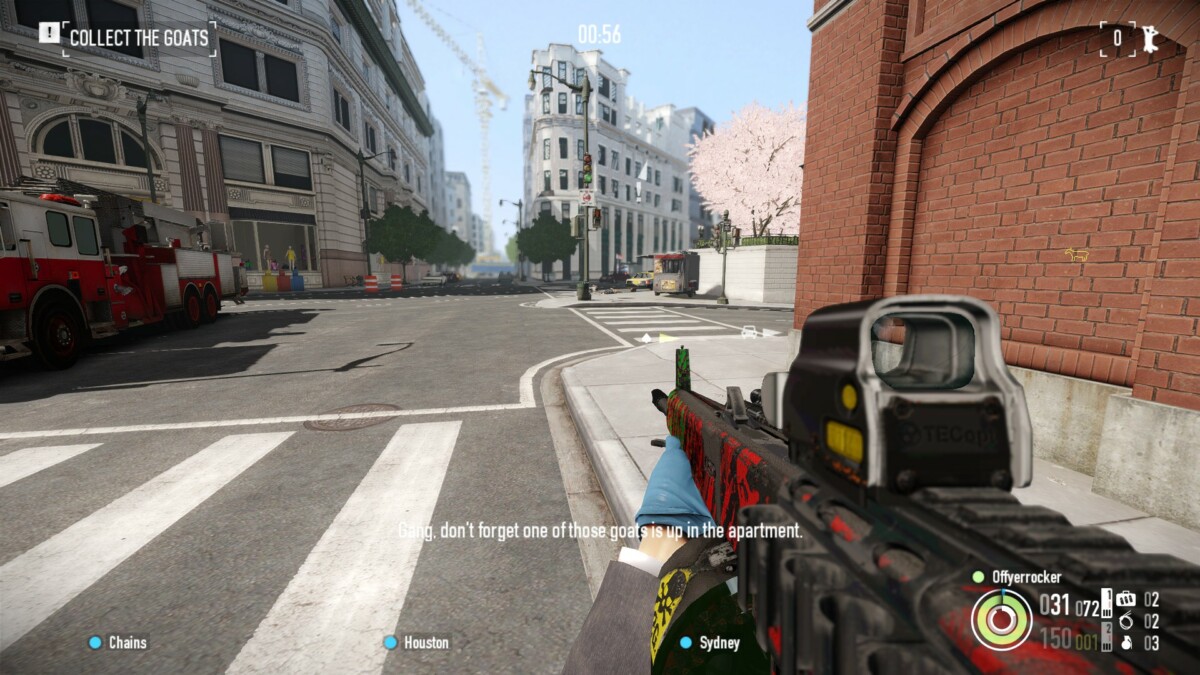 A lot of games will provide BUD that displays how much stamina your character has left. So, it’s a bit frustrating when a game doesn’t include such a common feature.

The Stamina Circle mod corrects this and provides a stamina display to your screen inside the health bar.

The bar decreases in a counterclockwise motion, which makes it easier to tell apart from the health bar.

This mod will make it easier to gauge your next course of action when your stamina runs out. 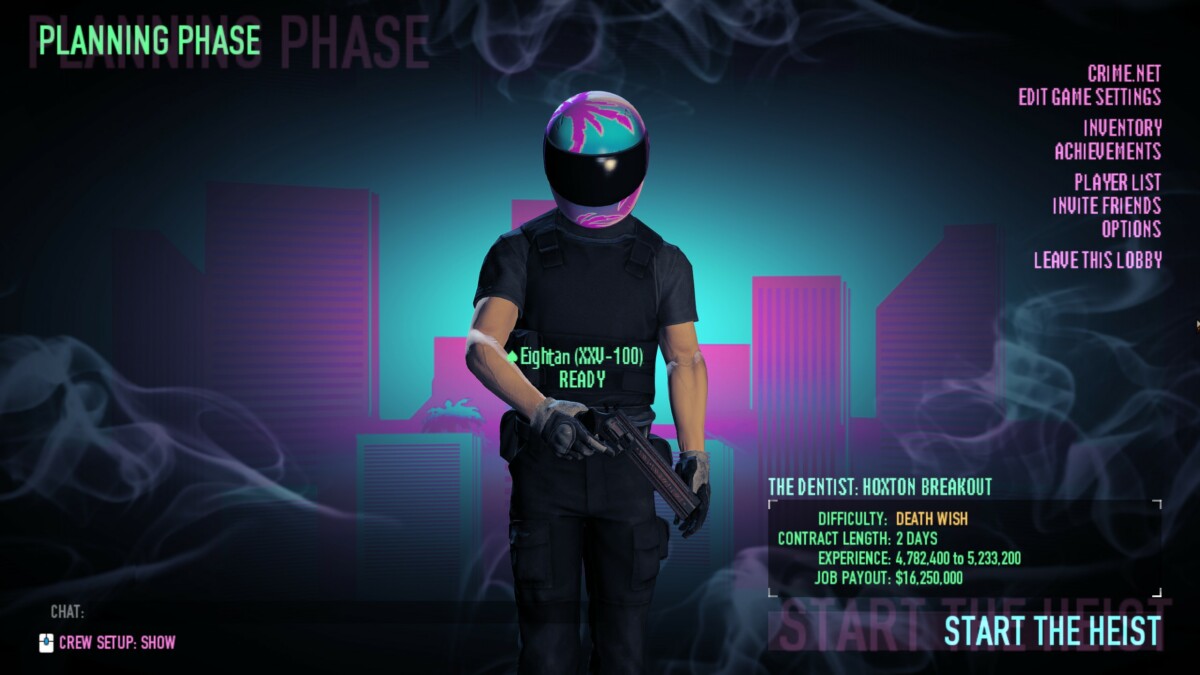 This mod transforms Payday 2 into an 80s synth-wave crossover. With indicators that resemble Borderlands features and new user interface styles and colors in the game, this mod is a great choice.

Paired with the Hotline Miami DLC and playing as Jacket will improve the crossover immersion. 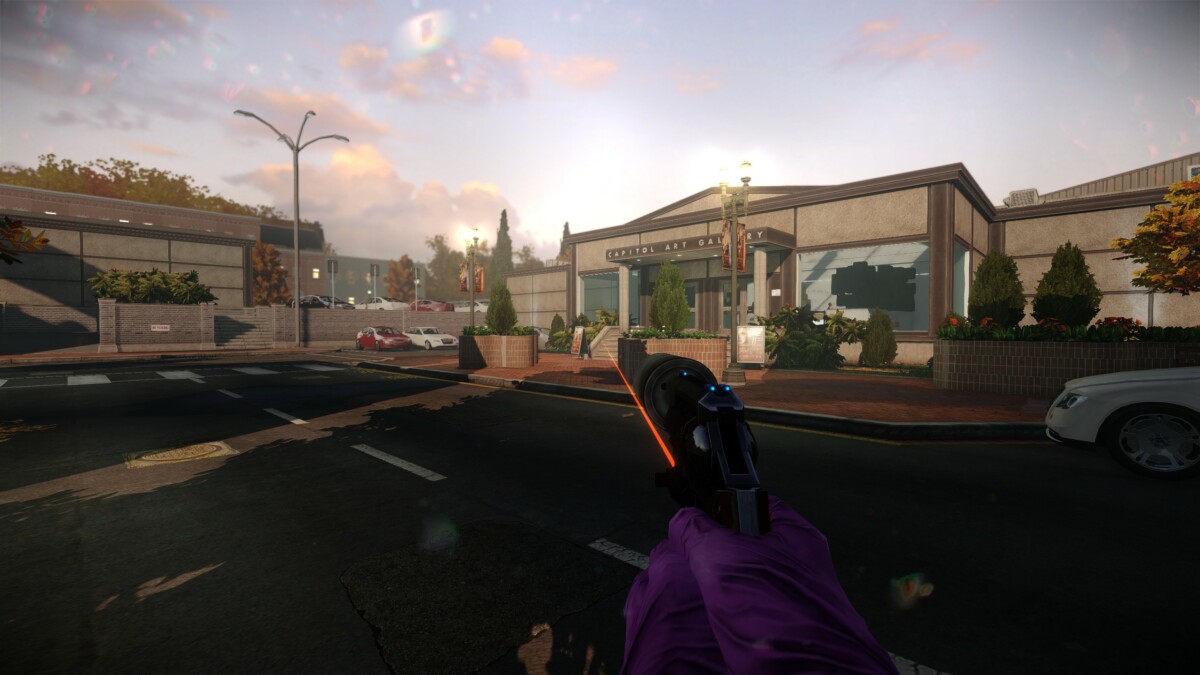 Even crime has its “just the right moment” times. With the Time Selector mod, you can decide what time of day and weather your heist happens in.

In the vanilla version of Payday 2, you can’t normally decide when your heist happens. So, being able to decide that your heist takes place at night improves the immersion.

For players who want more control and a realistic playthrough, this is a must-have mod. 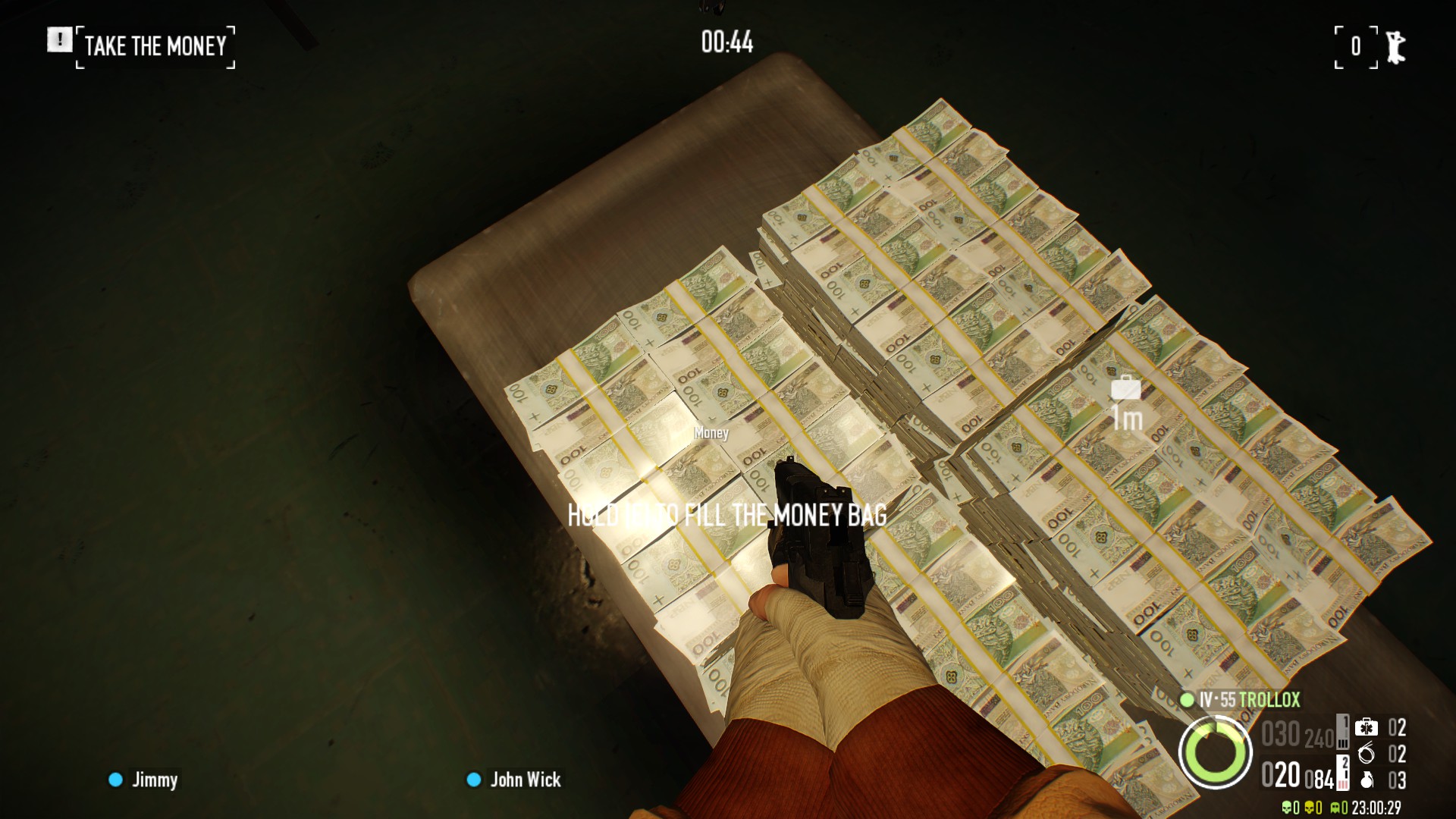 Sometimes, it’s fun to just tweak one or two minor details in a game. Goodness knows why – it’s just something that amuses us gamers.

Payday 2, being a bank heist game, naturally features cash heavily. As a result, there’s a number of mods out there changing the cash to currency from various different countries.

There’s one for British pounds, one for Australian dollars, and one for Polish złotych.

Don’t ask why a bank in Washington DC would be filled with so much foreign currency. Maybe a different country won the Civil War in this reality. 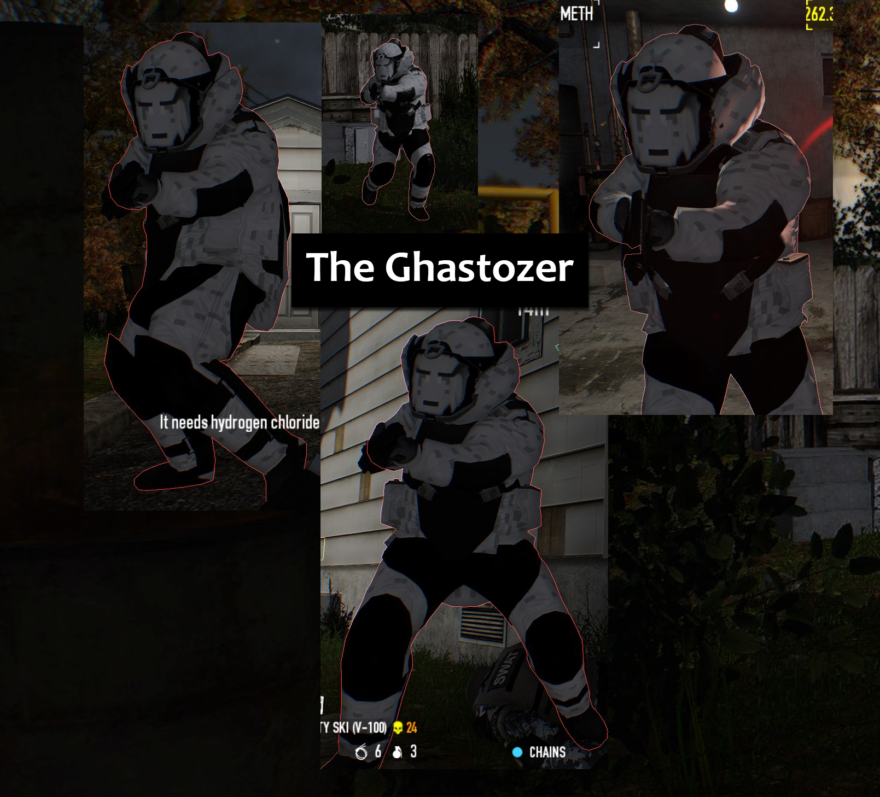 Anyone with any interest in gaming has come across Minecraft at some point. It’s an iconic game, and as a result, elements of it tend to show up in a lot of modding communities. Everyone loves a crossover, after all.

Payday 2’s resident Minecraft mod is Dozercraft. In brief, it replaces all those big, mean Bulldozers with Minecraft characters.

These are, of course, all pretty dreaded enemies in the world of Minecraft, which makes it feel fitting that they’re being paired with Payday 2’s toughest foes.

Stealth is a prominent mechanic featured in Payday 2. As most gamers know, stealth in video games was defined, in great part, by the iconic Metal Gear Solid series.

As you’re likely aware, Payday 2 opted to remove the crosshair featured in the first game.

However, a great many players find it a bit too much of a challenge to get any shots off without one, especially in a game like this, where careful timing is important.

The Simple Crosshair mod, well, adds a simple crosshair to the game.

Just be sure to check with your fellow players whether they’re cool with you adding this minor bit of aiming assistance to your game. Some people are finicky about such things. 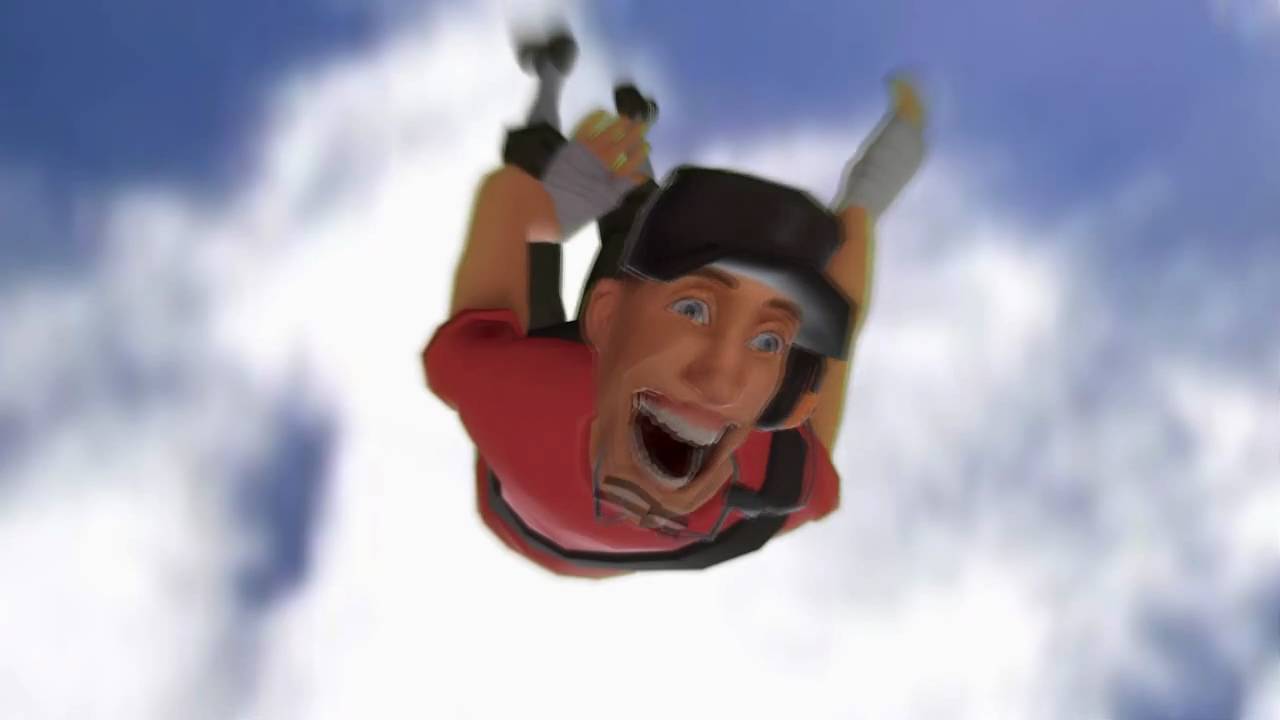 It should be noted that this mod is specifically designed for single-player sessions of Payday 2.

Partially because the modder has apparently not tested it online, but also because, well, being able to run faster than all your teammates is just cheating.

However, if you feel like making your next single-player heist a bit more thrilling and fast-paced, this can be a fun addition. 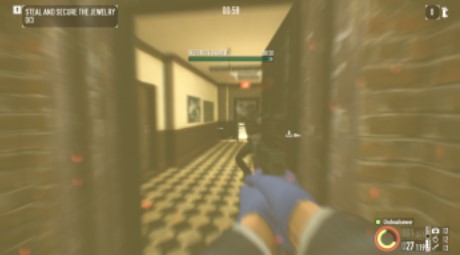 As the name implies, the Enemy Health and Info mod provide you with the name and current health of each enemy when you’re aiming at them.

If you’re okay with the slight break in realism, this can be a nifty way of tracking which enemies require the least amount of ammo to go down during particularly tense moments. 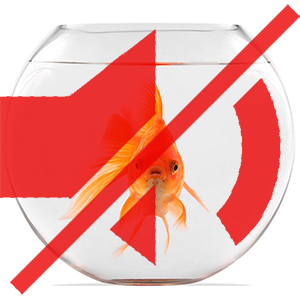 Bain has a tendency to talk in your ear a great deal throughout the average heist.

Some players are fine with this and consider it an effective method of immersion and of giving the game some character. Others, well, find it annoying.

The creator of this mod clearly does, anyway. The Mute the Goldfish mod replaces most of Bain’s dialogue with short bubbling sounds (the modder refers to Bain as a “goldfish” due to his oft-repeated dialogue over the course of a single mission).

If you’re not a fan of Bain, or simply would prefer most of the in-game chatting to be between you and your friends, this makes for an amusing alternative to Bain’s less necessary chatter. 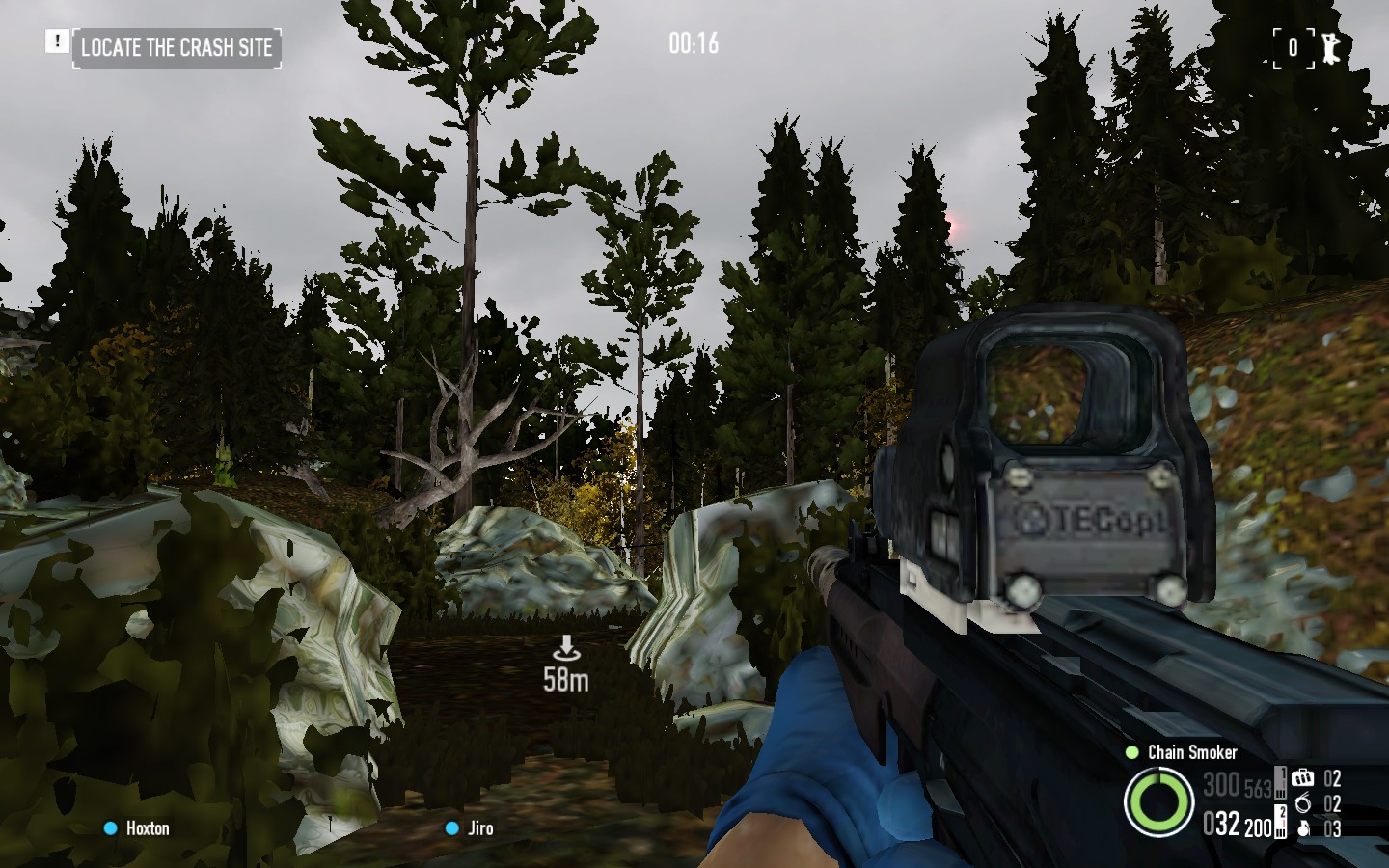 There really is nothing more painful than hearing your friends going on about how much fun Payday 2 is and buying a copy so that you can join them on your next heist, only to find out that it lags horribly on your PC.

Low framerates are bad enough in single-player games, but they can make time-sensitive co-op games like this one unplayable. Nobody wants a slow responder in their crew.

The Less Effects Mod, in brief, reduces the number of special effects in the game in order to improve the framerate.

It’s great for when you’re running the game on a more low-end PC, and really, slightly fewer effects hardly make the game any less fast-paced or thrilling. 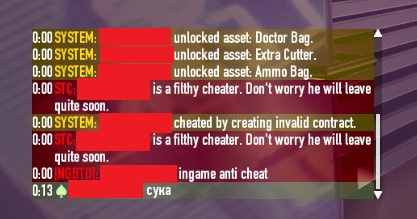 When it comes to co-op games, there’s nothing more tiresome than a player using cheats.

It completely goes against the spirit of teamwork and, well, co-operation that co-op games are supposed to be based on.

With the Stop the Cheaters mod, you can make those pesky cheaters’ days just a little bit harder by forcing them to play the game at half-speed. The mod works on flagged players and can be toggled on and off.

It’s tremendously satisfying to see the frustration of those players looking to compromise the integrity of your game. 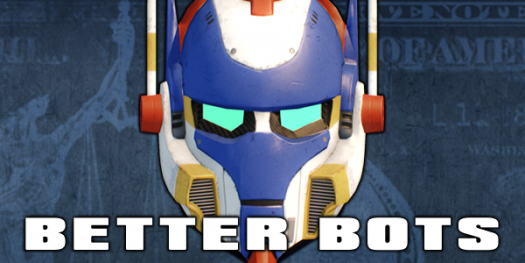 Sometimes, you don’t have enough human players and have to at least partially fill your team with AI players.

Unfortunately, while not exactly bad, the teammates’ AI doesn’t do the best job of emulating how an actual human player would approach the game.

The Better Bots mod, well, makes the bots better by changing teammate AI to more closely emulate human players and give them a number of new abilities.

You can check out a full list of the new features on the mod’s page, but overall, when you have to fill some team slots with AI players, this mod is another great one for immersion. 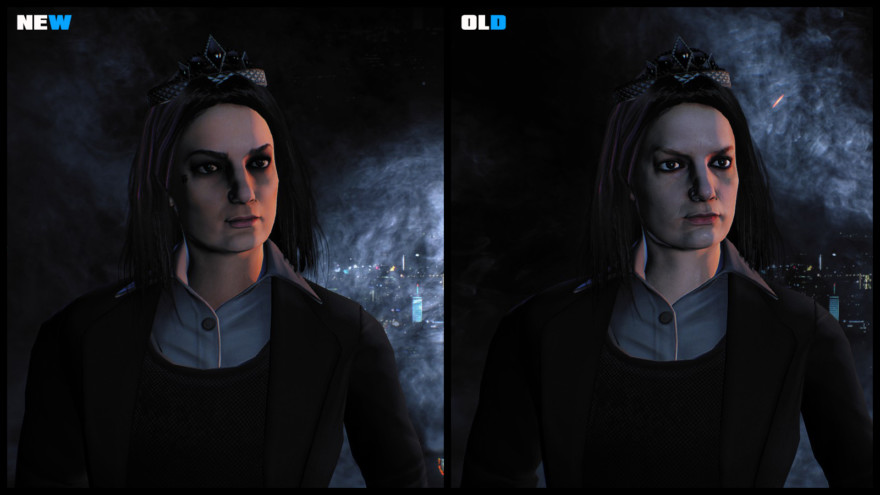 While the aforementioned re-texturing mod focuses on textures in the environment, the Face Re-Texture Project, as the name implies, is all about re-texturing characters’ faces.

It’s likewise good for immersion and makes for a good pairing with the other re-texturing mod. 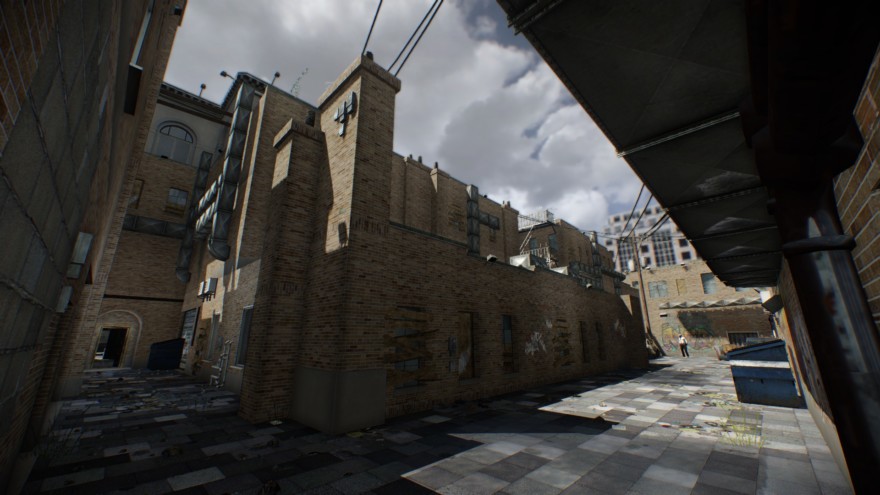 Payday 2 is hardly what you’d call a bad-looking game. However, improvements are constantly being made to game graphics, and a game’s look can become outdated quicker than ever nowadays.

The Re-Texture Project updates some of the game’s textures, mostly in the environments, making them look a bit more refined.

It’s a small touch, but great for immersion. And immersion is a serious bonus when you’re playing a role as thrilling as a bank robber.