Like any good action-adventure game in an open-world setting, the game has developed a sizable fanbase who love the game enough to acknowledge its rougher edges and help smooth them out with some fan-made mods.

Below, we’ve listed our ten favorite mods (so far, that is) for Sekiro: Shadows Die Twice. 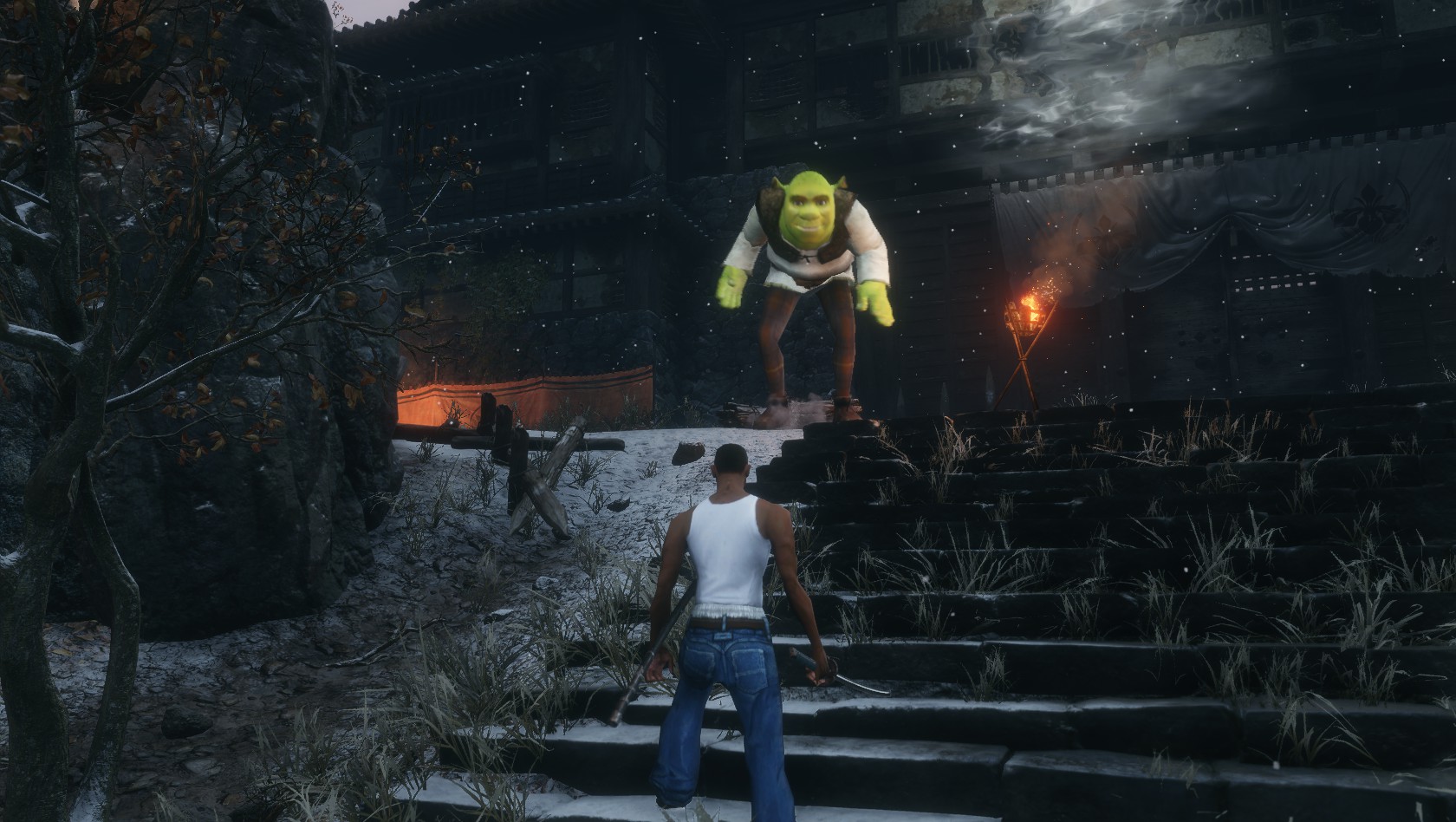 At this point, it feels like there’s a certain list of things that every modding community is kind of obliged to do. One of those things is adding Shrek to the game.

Sure there’s tons of other mods adding hilariously out-of-place characters to Sekiro (including Thomas the Tank Engine and Toy Story’s Woody). However, we’ve chosen to highlight the Shrek the Ogre mod, which replaces the game’s ogre model with a Shrek model.

It’s a trend with a long-standing history, and every game from Minecraft to Skyrim to the Resident Evil 3 remake has at least one Shrek mod. No mod list is complete without it. 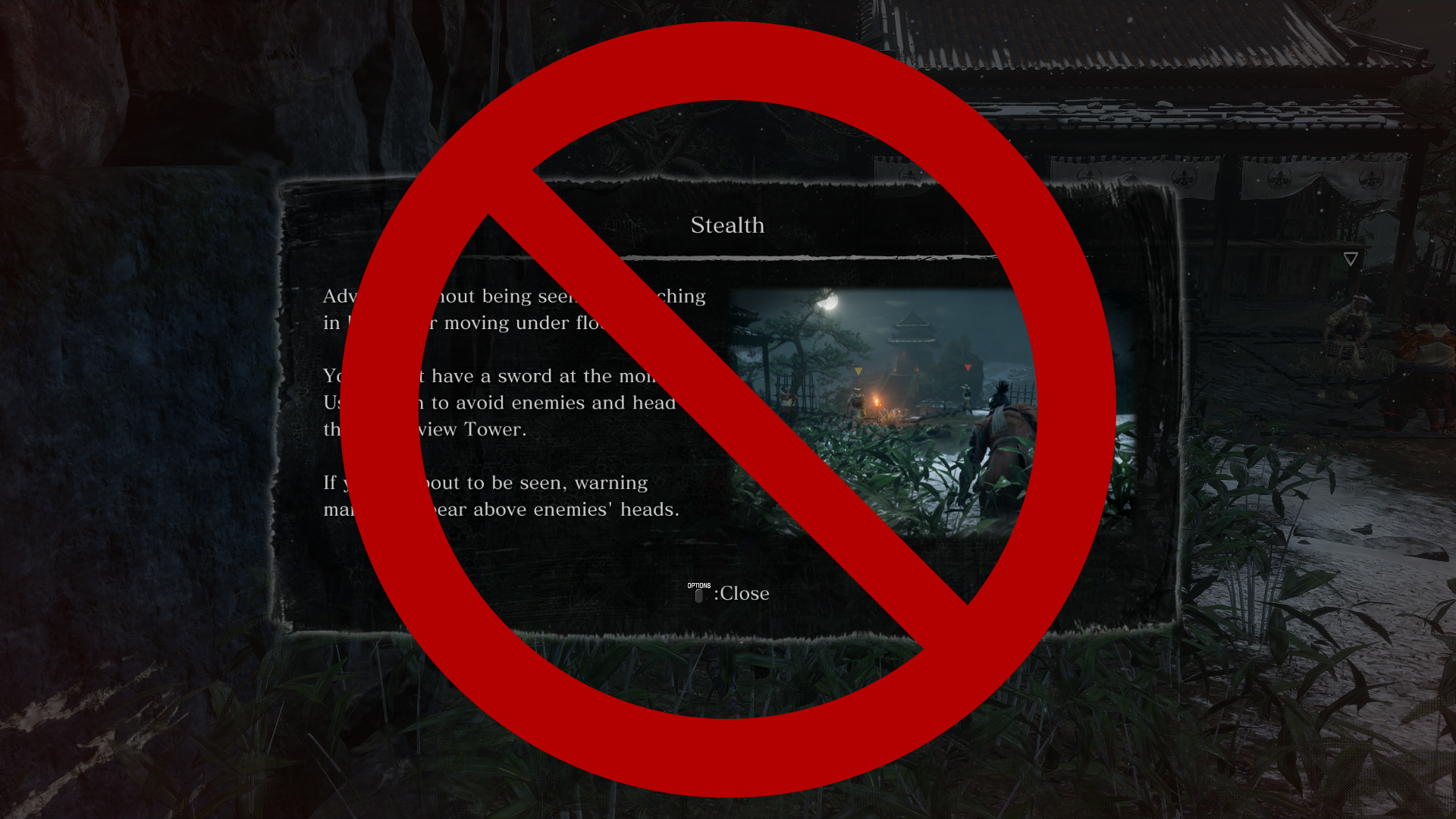 An oft-repeated joke about the Souls games is how little they hold the player’s hand. You’re thrown right into danger the moment the games kick off, largely left to figure out the controls and game mechanics on your own.

By contrast, whileSekiro isn’t an easy game by any means, it does make an effort to ease the player into things a bit more and explain the gameplay’s mechanics more explicitly.

For many who found the Souls games’ infamous difficulty a bit too much, this extra bit of help was mercy. The No Tutorials mod, though, is made for those more masochistic, challenge-loving gamers who enjoy the experience of being thrown into a game’s deep end.

It makes the simple tweak of removing all the game’s tutorial and hint boxes, leaving you with a Souls-like experience of having to figure out everything on your own. 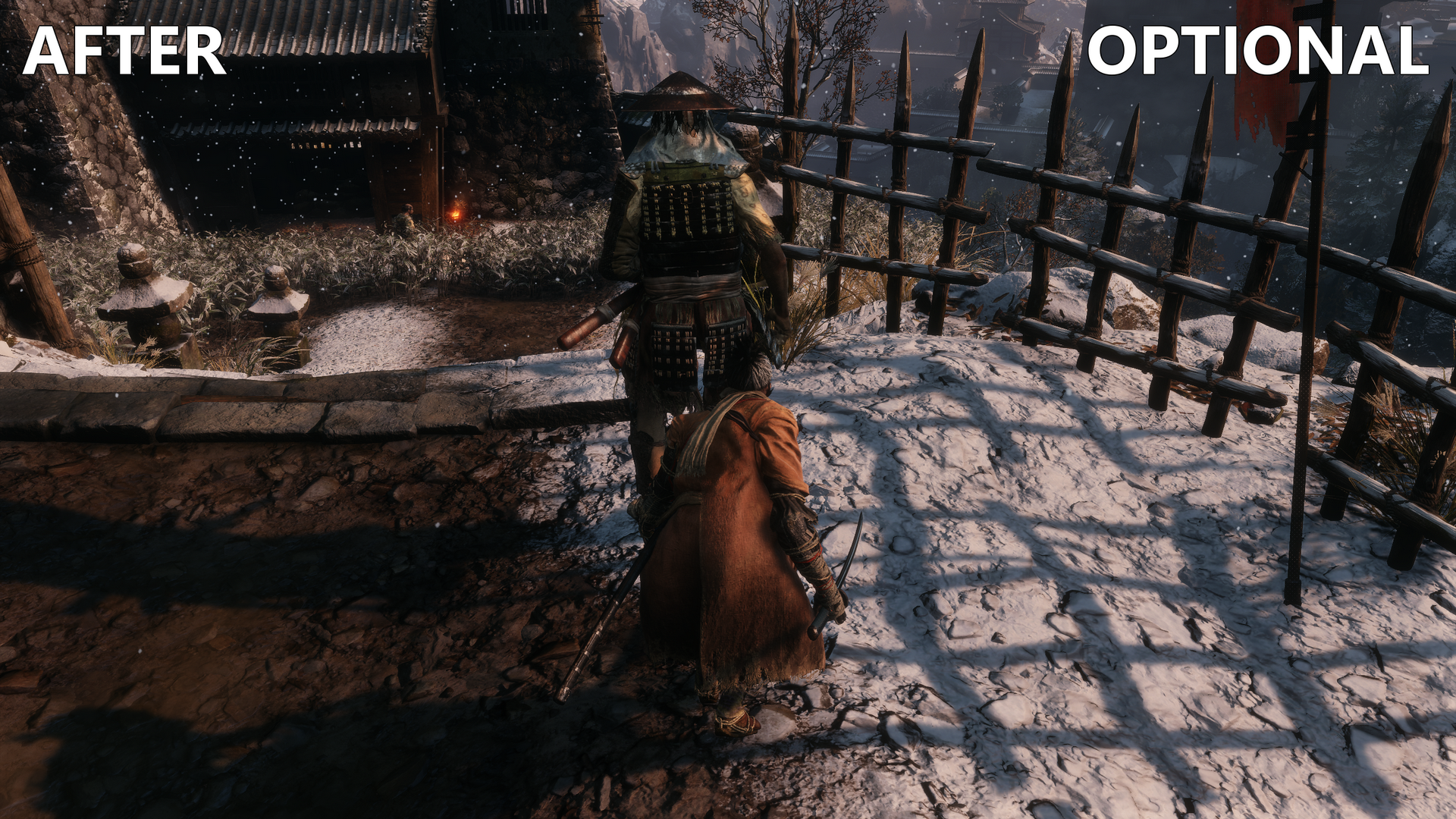 Sekiro is a game that goes out of its way to immerse you in the world of feudal Japan. However, like with many games, certain players feel that the presence of an in-game HUD interferes with this – that it serves as a distracting reminder that we’re playing a game.

The Minimal HUD mod is made for these players. In short, it allows you to tweak the degree to which the HUD is present in-game.

You can remove the indicators that show the enemy’s awareness of your presence, reduce the color in the HUD, and make various other small alterations. It’s not for everyone, but the decreased amount of visual distraction really helps the setting feel more real for many players. 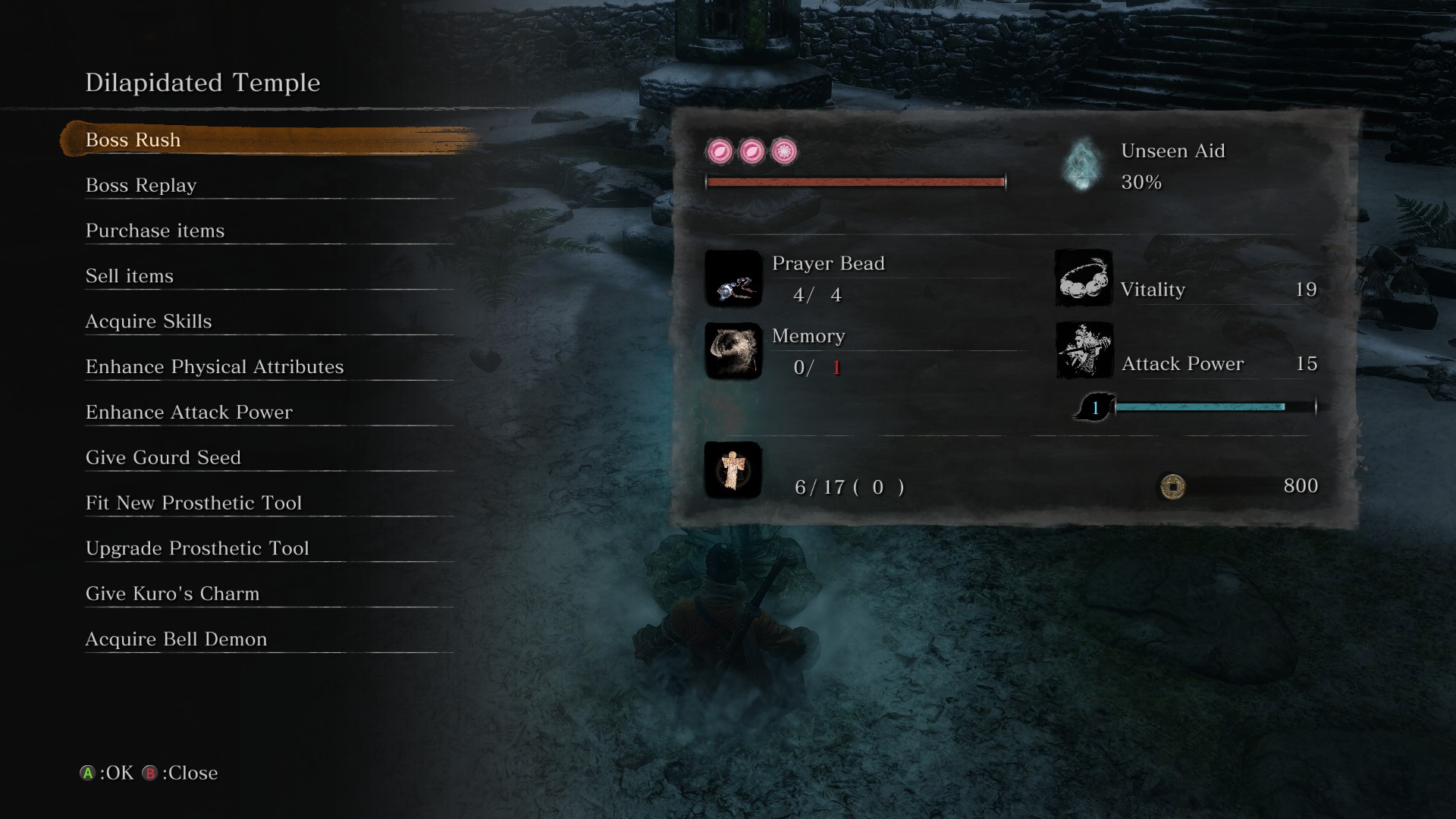 Much like the Souls games, Sekiro’s gameplay is heavily built around its boss fights. Throughout the game, you’ll clash with a great variety of bosses, each one boasting different degrees of might, speed, and strategy. And much like Souls, they’ll present some serious challenges, each one requiring the player to develop a unique approach.

The Boss Rush mod is ideal for players who consider these bosses to be the most thrilling part of the game. The mod introduces a separate game mod wherein players can warp directly to any boss or miniboss fight of their choice. Each one can be replayed infinitely, and the player is rewarded for victories.

It’s ideal for the player who wants to explore the various strategies and potential approaches for each one of these fights. 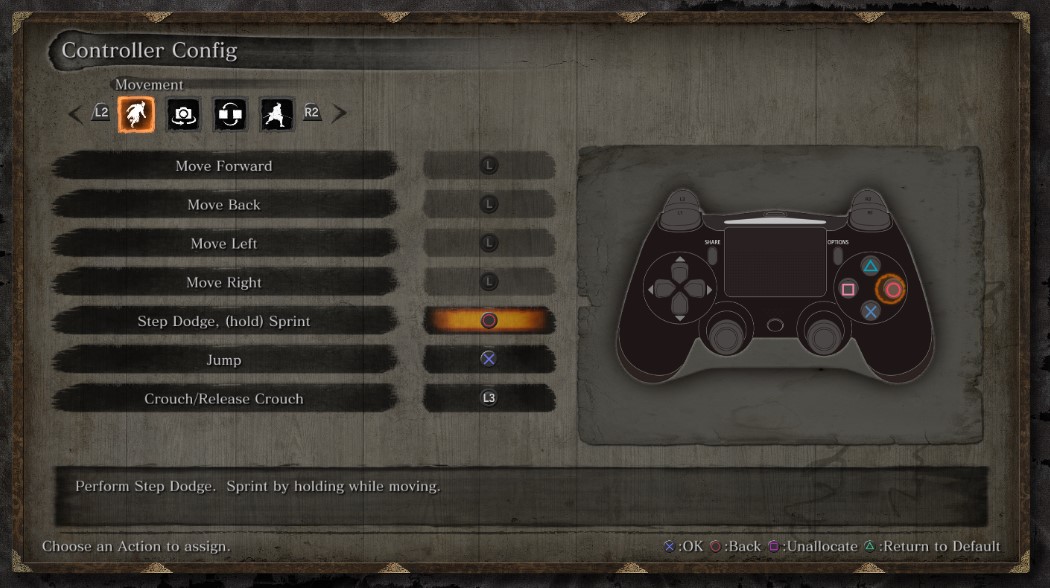 More and more PC gamers nowadays are using console controllers. However, even though Sekiro has assets and menus for a PS4 control scheme, they currently haven’t been activated.

There’s a possibility that this’ll be officially fixed in some future patch. However, for now, players using a PS4 controller can re-active the game’s PS4 control scheme with the Native PS4 Buttons mod. It’s tremendously useful, especially considering that Sekiro was clearly designed with console controls in mind. 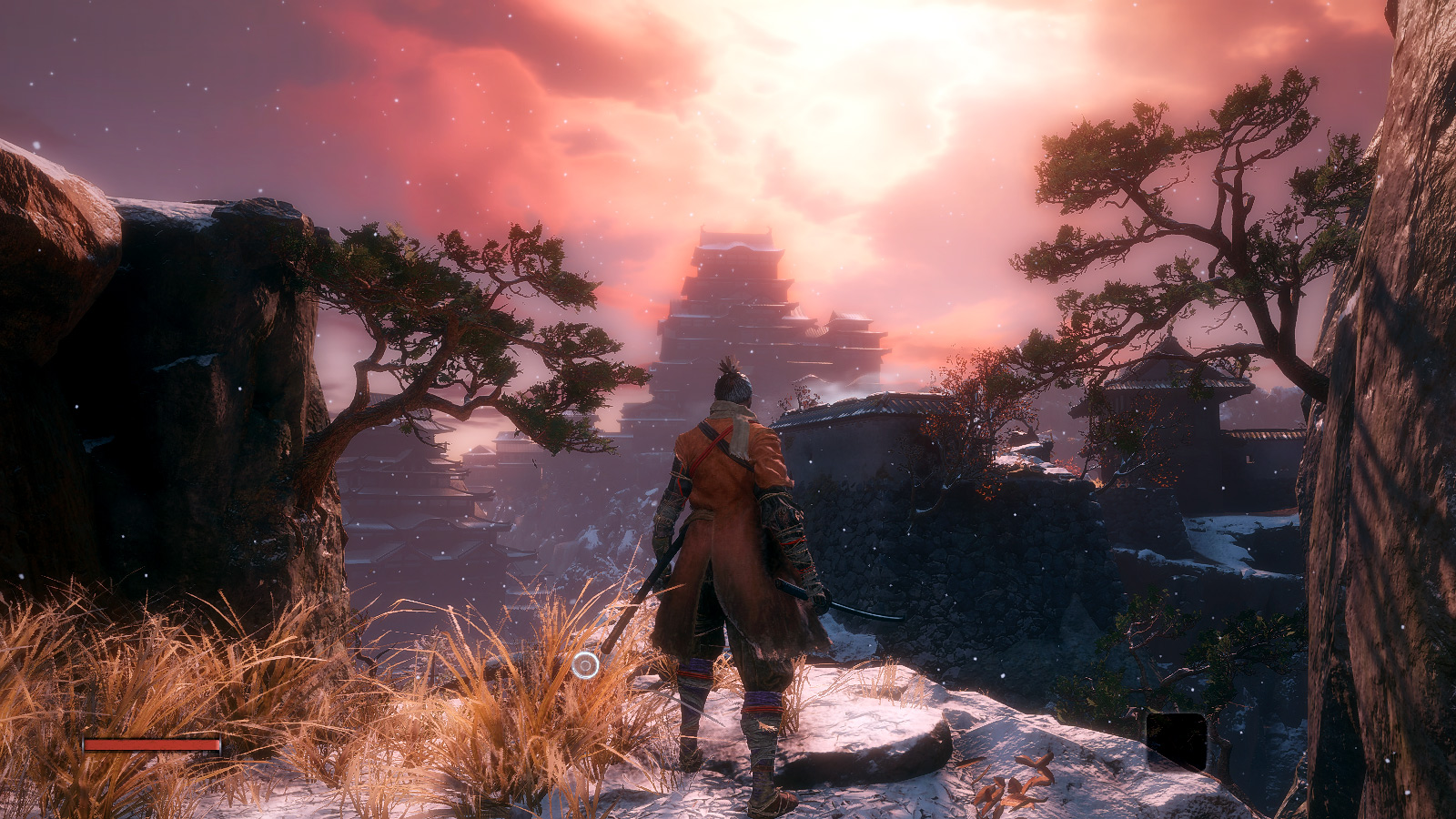 Sekiro is a visually gorgeous game, of course. However, as is ever the case, PC gamers are confronted with the paradox of needing the highest-end equipment to really enjoy the game at its most visually stunning.

If you should happen to not be playing Sekiroon the absolute highest-end piece of machinery, the Sekiro Simple Realistic Reshade mod could come in very handy. It revamps the game’s shading, making it simpler and thus easier to run on lower-end computers, while also giving the color a better pop. 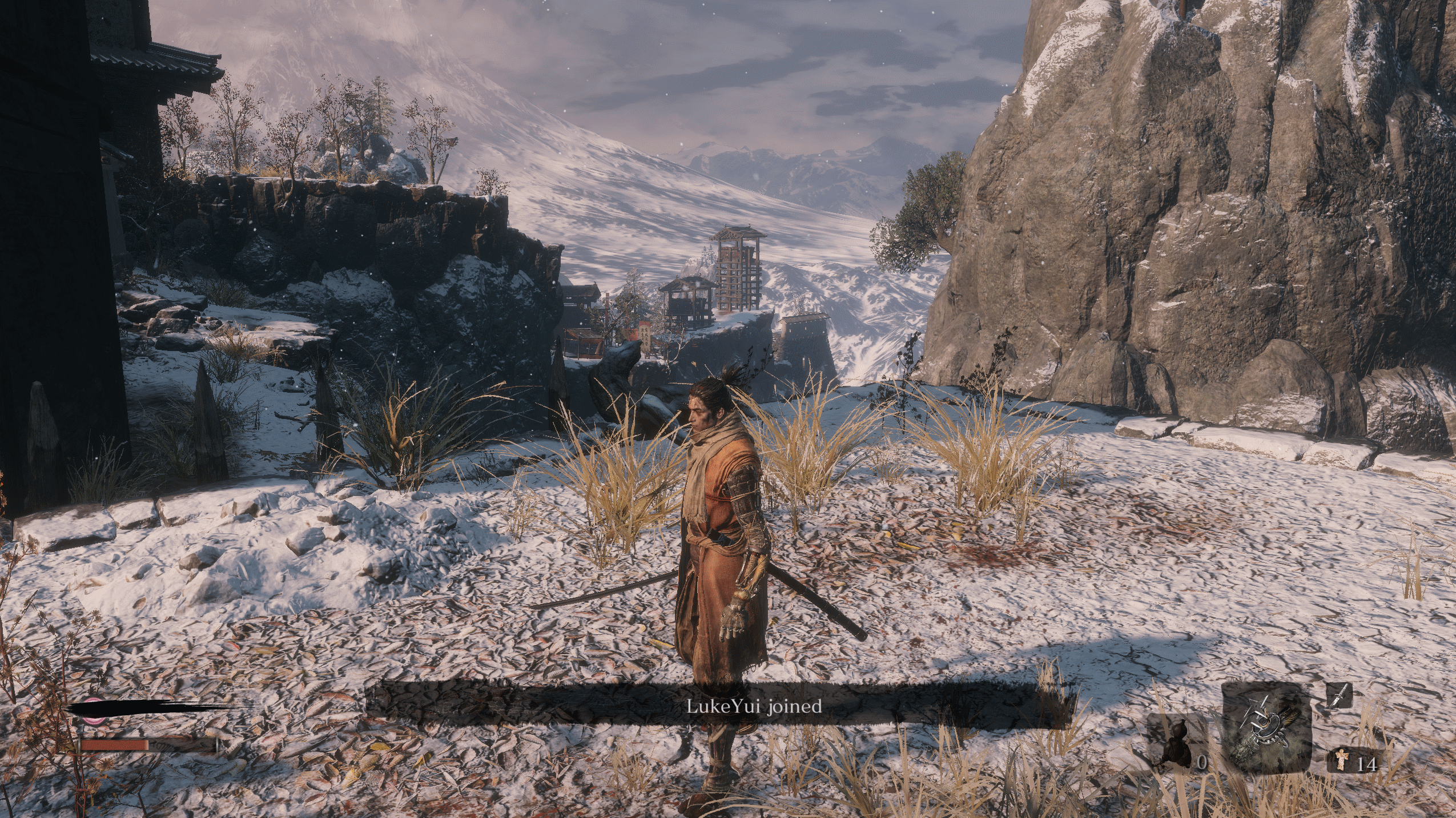 Given how ubiquitous online multiplayer is nowadays, it’s increasingly rare to see games made solely for single-player experiences. And while this is one of the things that many people love about games like Sekiro, sometimes, you just want to share the experience with some friends.

The Sekiro Online mod helps you replicate that Dark Souls experience by facing the foes of Sekiro with up to five of your friends. Alternatively, you can show off your combat prowess in the PvP mode – that’s one sort of boss fight that’s guaranteed to be unique every time. 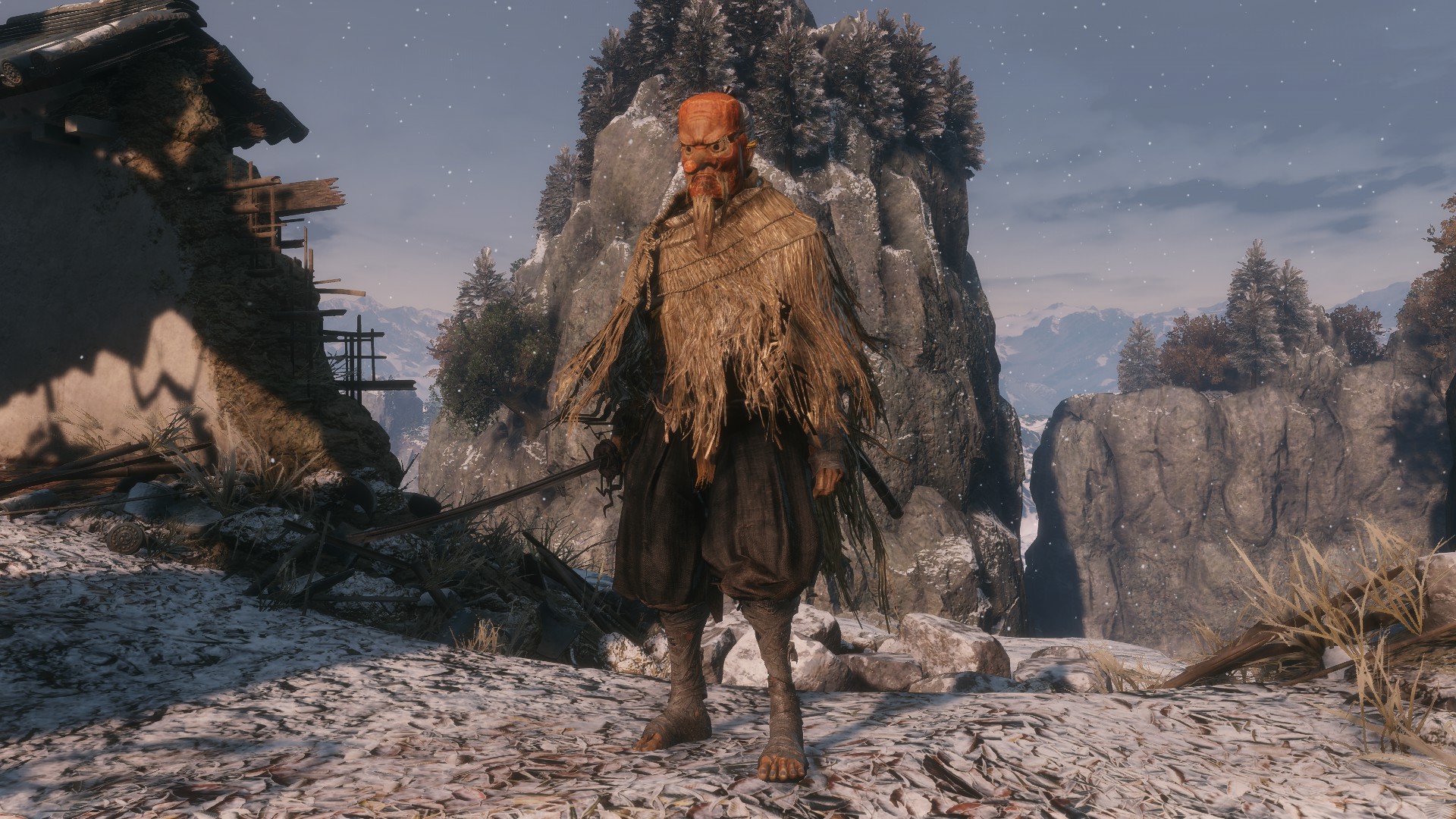 Compared to the Souls games, or similar contemporary games like Ghost of Tsushima or Nioh 2, Sekiro is very limited when it comes to visual customization of the player character.

Modern gamers, though, are very used to extensive customization; and it’s for them that the Costume Pack Mod was created. It does get a little whacky (some of the options include a dinosaur outfit, a monkey costume, and basket on your head), but it does have some more muted, period-appropriate options too.

Right now, it’s your best choice if you miss the customizable nature of characters in most similar games.

A relatively simple mod allows for a lot of extra options that can drastically change the game experience. As the name implies, the Sekiro FPS Unlock mod allows you to remove the game’s frame rate limits.

Besides this, though, it also allows players to adjust the game’s FOV, customize resolutions, disable auto-adjust on the camera, and various other small tweaks with big impacts on the game as a whole.

It’s a versatile mod and one that lets you adjust the game experience to your computer’s particular strengths more so than the in-game adjustments allow for. 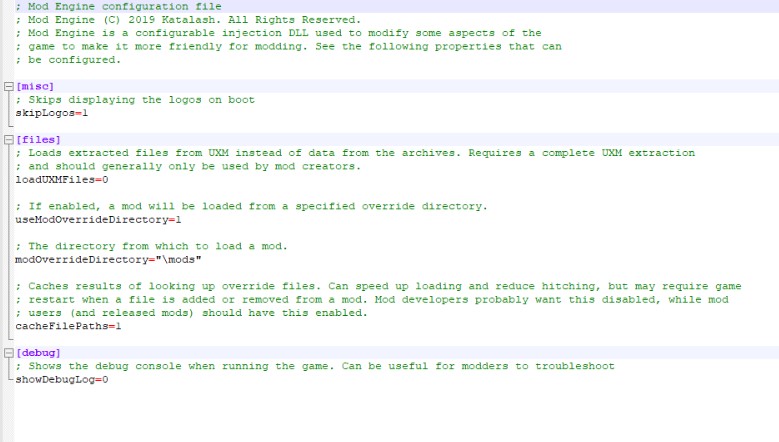 Most games nowadays have at least one foundation mod you should install before tinkering with any others. This is Sekiro’s.

For one thing, the Sekiro Mod Engine is a prerequisite for many of the game’s existing mods. For another, though, it also gives more creative users the means two tweak the game’s armors, weapons, textures, and various other assets.