The Dragon Ball franchise has had a slightly rocky relationship with video games over the years, but fans generally agree that the Xenoverse games are some pretty good efforts.

Nonetheless, given the immense size of the Dragon Ball fanbase, it was pretty inevitable that Xenoverse 2 was going to develop a sizable modding community.

Below, you’ll find twelve of our favorite Xenoverse 2 mods. 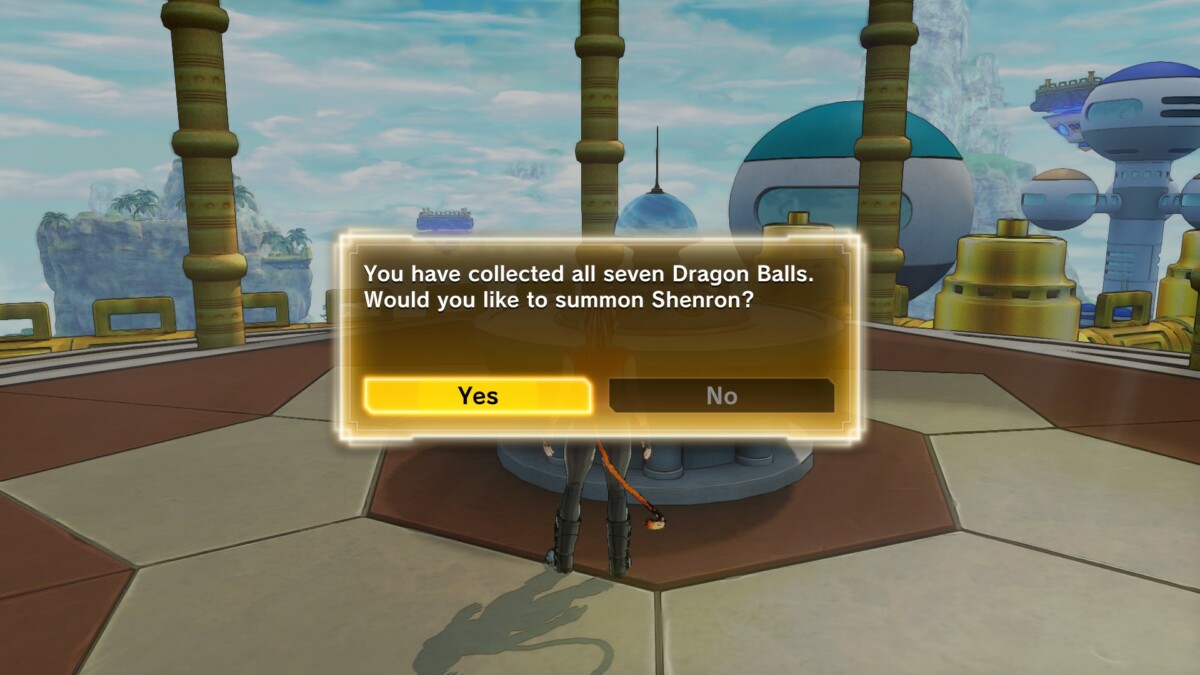 Aside from growing up watching Goku and his friends track down every Dragon Ball, every anime fan knows how difficult it is to get all seven.

In Xenoverse, the same difficulty applies. However, with the Free Shenron Wishes mod, you can level up more easily because the mod removes the prompt that ensures you have all seven Dragon Balls.

This is especially useful for when you want to push through grinding and get straight to leveling up your characters. 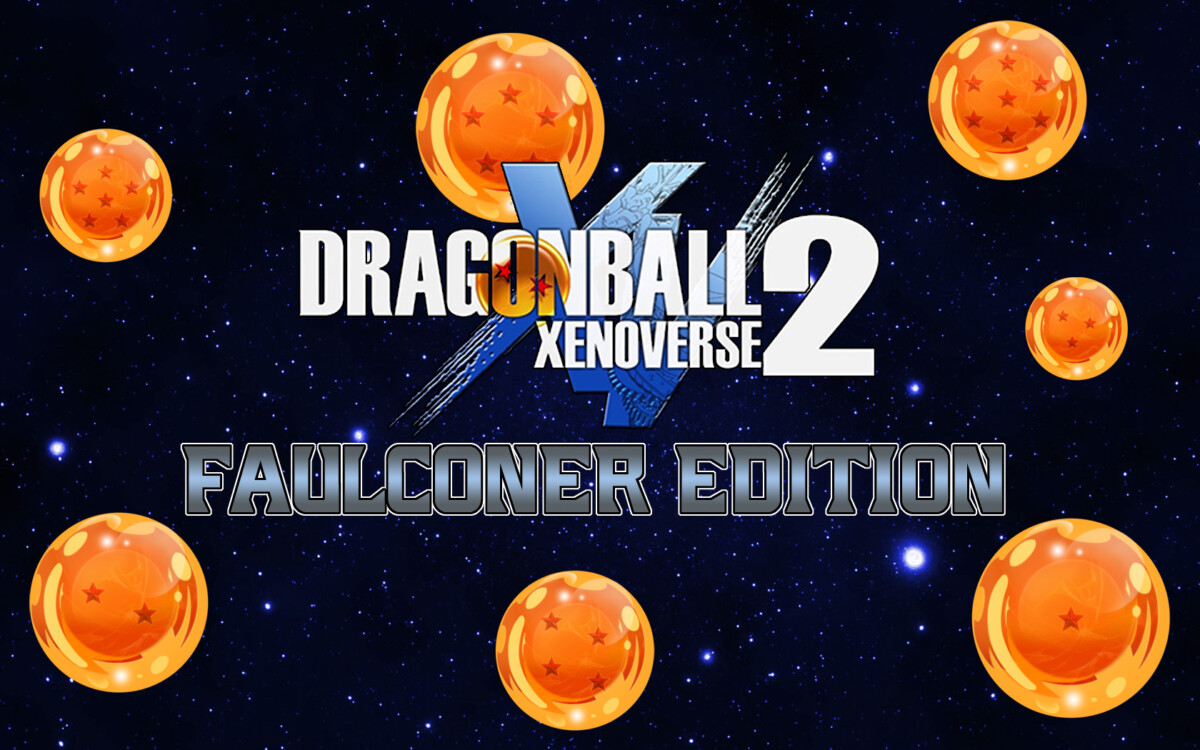 Dragon Ball Z is a beloved series by many anime fans for many reasons, one of which is for its soundtrack.

The mod replaces the soundtrack with the original score from the Dragon Ball Z Funimation dubbed anime.

For nostalgic fans, this is the cherry on top kind of mod that will feel as if it completes the game. 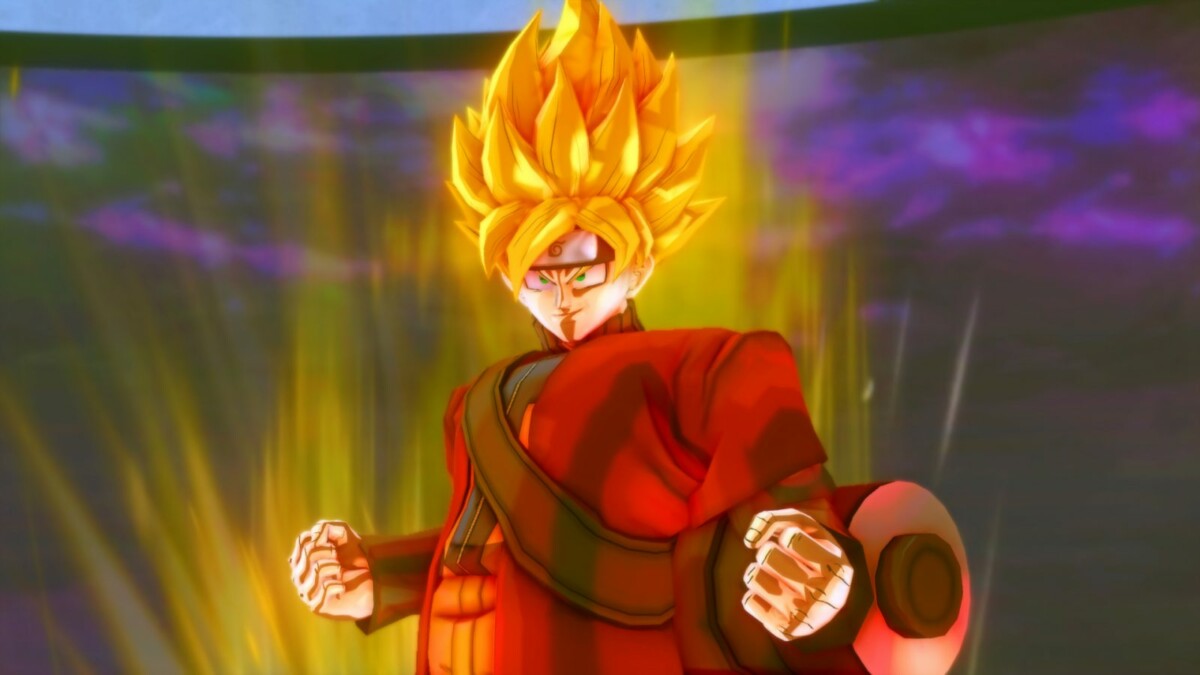 For fans of both Dragon Ball Z and Naruto, this mod is for you!

With the Goku Sage Mode mod, instead of just looking like Naruto, now Goku can have powers inspired by the famous Shonen Jump series.

This mod includes reskins, of course, but the meat of the mod comes from the new abilities Goku can use, including the signature Rasengan. 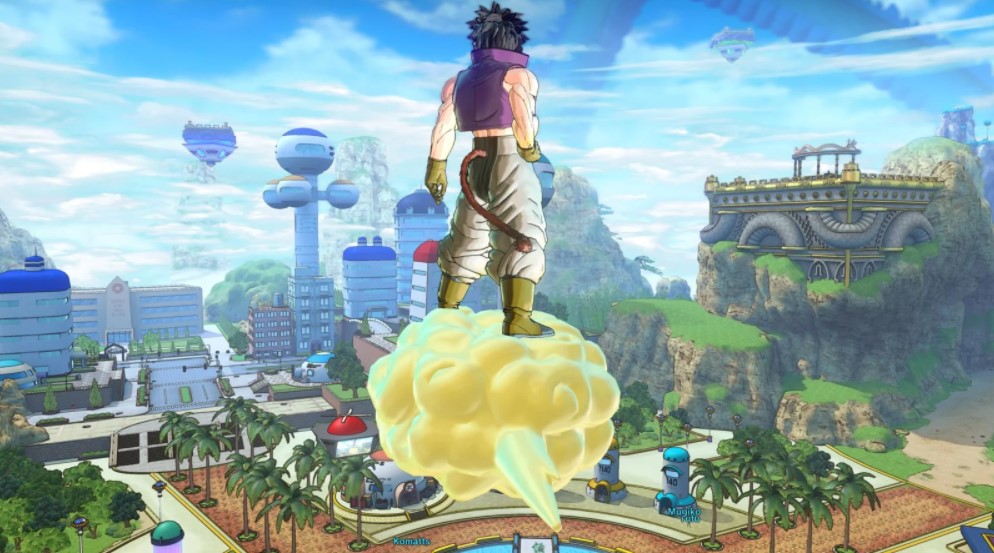 In Dragon Ball canon, a number of Saiyans have tails. Given how this is such an established part of canon, it’s a shame they skimped on representing them in this game.

While you can give your character a Saiyan tail, it’s completely static and has no animation to speak of.

The fans are on this one too, though. The Animated Saiyan Tail mod, as the name implies, gives the Saiyan tails in the game a bit of animation.

It’s the kind of mod that really reminds you how much the smallest touches in a game can really enhance immersion. 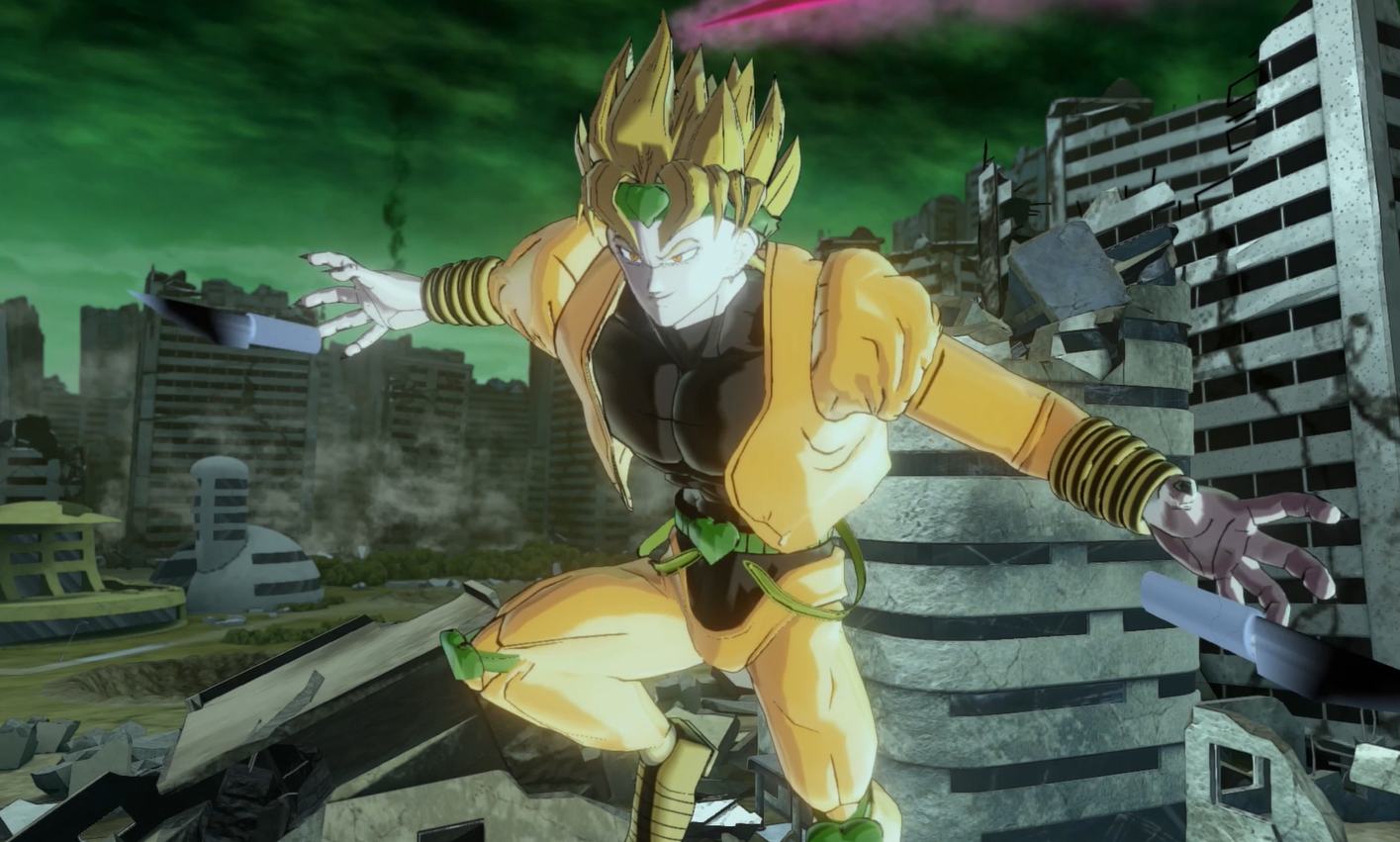 Pretty much every modding community has at least one mod that introduces some character or concept from a different franchise.

Usually, it’s from a franchise whose fanbase heavily crosses over with the vanilla game or one that

In the case of the Dio mod, it’s a bit of both. You’ve likely heard of Dio – he’s from Jojo’s Bizarre Adventure, another anime franchise with a heavy emphasis on supernatural fighting techniques.

Naturally, he fits in very neatly with the general theme of the Dragon Ball franchise, and this mod takes full advantage of that. 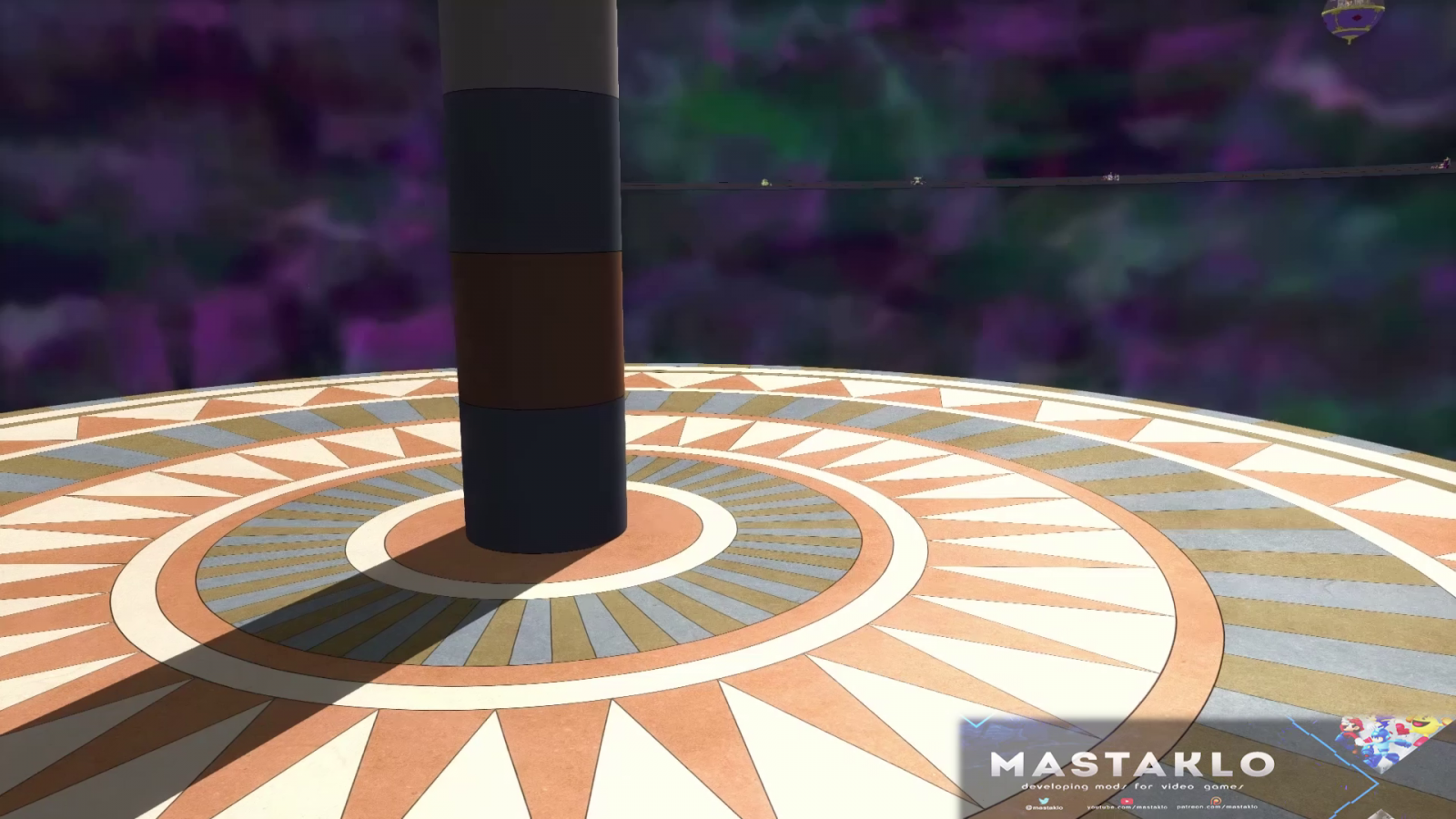 And speaking of the Tournament of Power, it seems rather criminal that they didn’t try to recreate it in the vanilla game, doesn’t it?

Not only is it an iconic backdrop in the Dragon Ball franchise, but you’re bringing together so many different Saiyans and having them face off.

Is there really any more perfect setting for that than the Tournament of Power?

Once again, though, the modding community is on the case. The Tournament of Power Stage brings that iconic site of so many Saiyan clashes to life in Xenoverse 2. 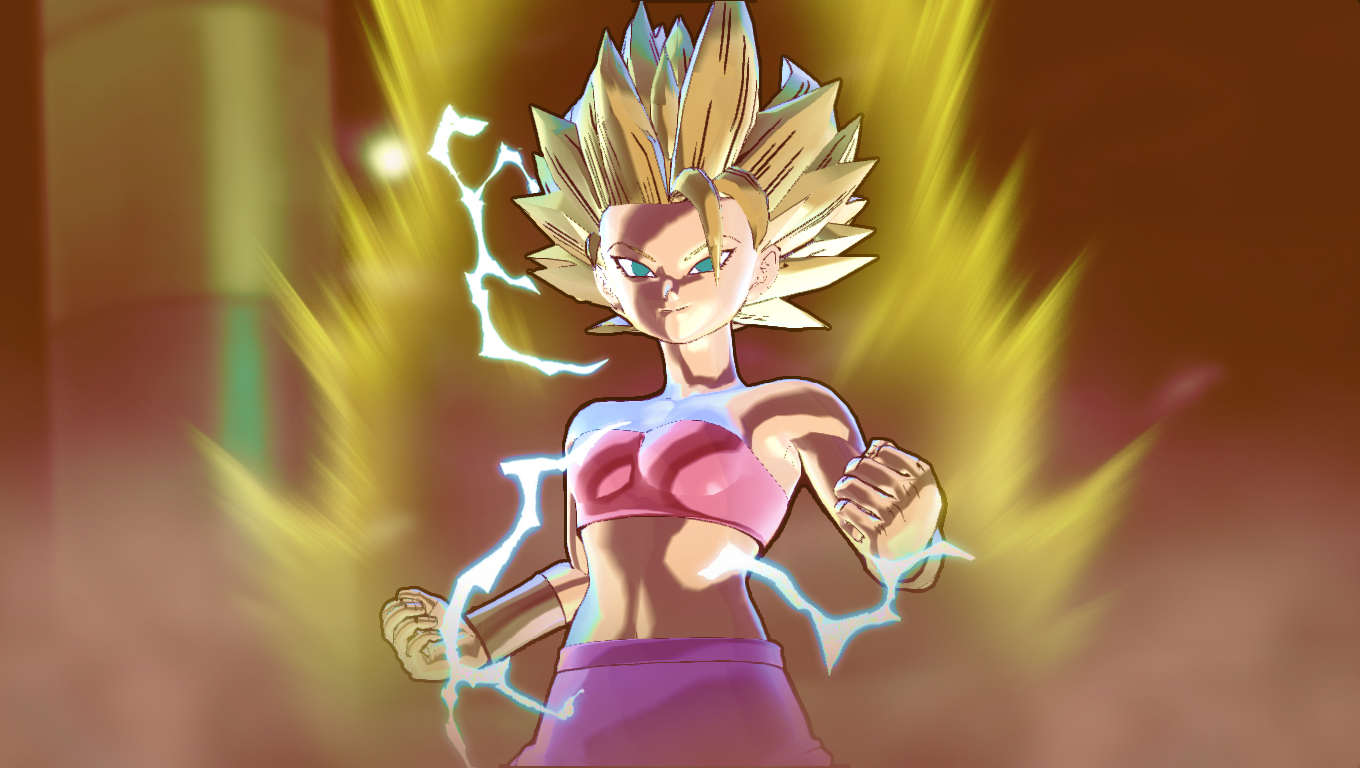 Given the vast number of characters featured in Dragon Ball canon, it was inevitable that the vanilla game wouldn’t be able to cram them all in. Fortunately, the modding community is on that.

At the moment, one of the most popular character mods for this game is the Caulifla mod.

Caulifla, the Team Universe 6 member who took part in Zeno’s Tournament of Power, set something of a milestone in Dragon Ball history by becoming the first female canon character to achieve Super Saiyan form.

It’s thus pretty unsurprising that a mod giving her a place in Xenoverse 2’s character roster is in high demand.

Speaking of dubbing, there’s also this mod. Now, sure, maybe not everyone loved the version of Frieza’s voice.

However, for older Dragon Ball fans who grew up with the franchise in the early 2000s, her voice carries some serious nostalgia to it.

It’s for these old-school fans that the Linda Young Frieza mod was created. In brief, it replaces all of Frieza’s lines with ones spoken by Linda Young.

It’s a wonderful callback to the Toonami days of DBZ and a great way of connecting the Dragon Ball franchise’s newest manifestations with the older ones.

While Xenoverse 2 can’t be called unpolished, the current version does have a slight hiccup with the voice acting.

On occasion, while playing the game with English audio, the game will play the Japanese audio for certain characters.

The EnglishDub Fix mod keeps this little hiccup from happening.

Whether you prefer dubs or original audio, you can’t deny that having the game switch between them on the fly is rather immersion-breaking. 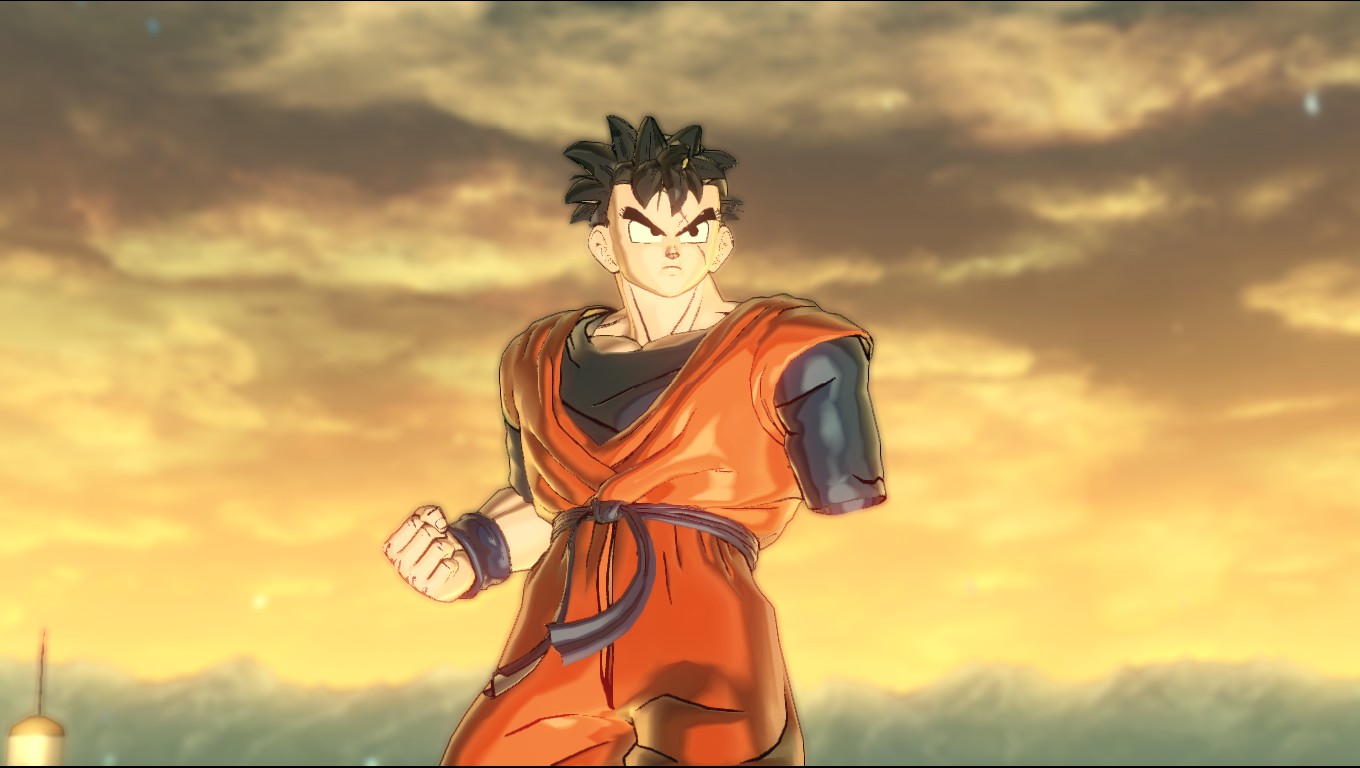 As most hardcore Dragon Ball fans are aware by now, canonically, Gohan loses his left arm while protecting Trunks from an android attack.

Xenoverse 2 chooses not to represent this with its version of Future Gohan.

As a result, the Future Gohan mod was created. Simply put, it removes the left arm from Future Gohan’s model.

The impact on the gameplay is minimal, but it’s a great addition for especially enthusiastic Dragon Ball fans who want to fully immerse themselves in the franchise’s lore while playing. 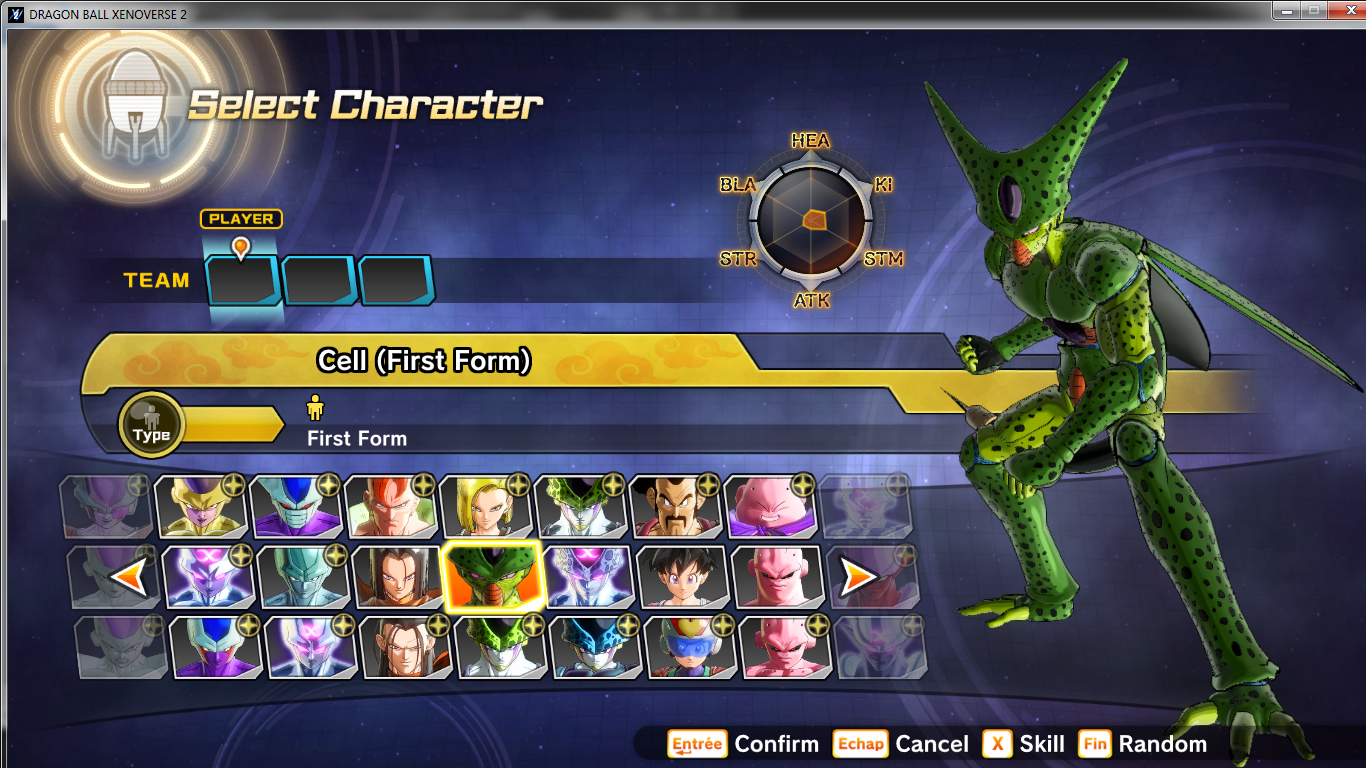 This one’s pretty straightforward: as the name implies, the Characters & Stages Unlocked mod unlocks all the characters and stages from the beginning of the game.

In other words, you can access all of them without having to complete the quests or gather the dragon balls.

It’s tempting to just think of this one as a cheat mod, and we certainly wouldn’t recommend installing it before you’ve even started the game.

However, if for some reason, you lose access to your save files, this is a handy shortcut back to where you were.

And of course, it’s also handy if you’re a serious Dragon Ball nut who really wants to dive right into seeing some of the franchise’s most iconic characters clash.

Another realization of transformations for the player character, the CaC Transformation Pack makes for a good complementary mod with the previous one.

Not only is it compatible with Lazybone’s mod, but the two use a number of the same auras.

Installed alongside each other, they spice up the game with a great variety of fresh transformations. 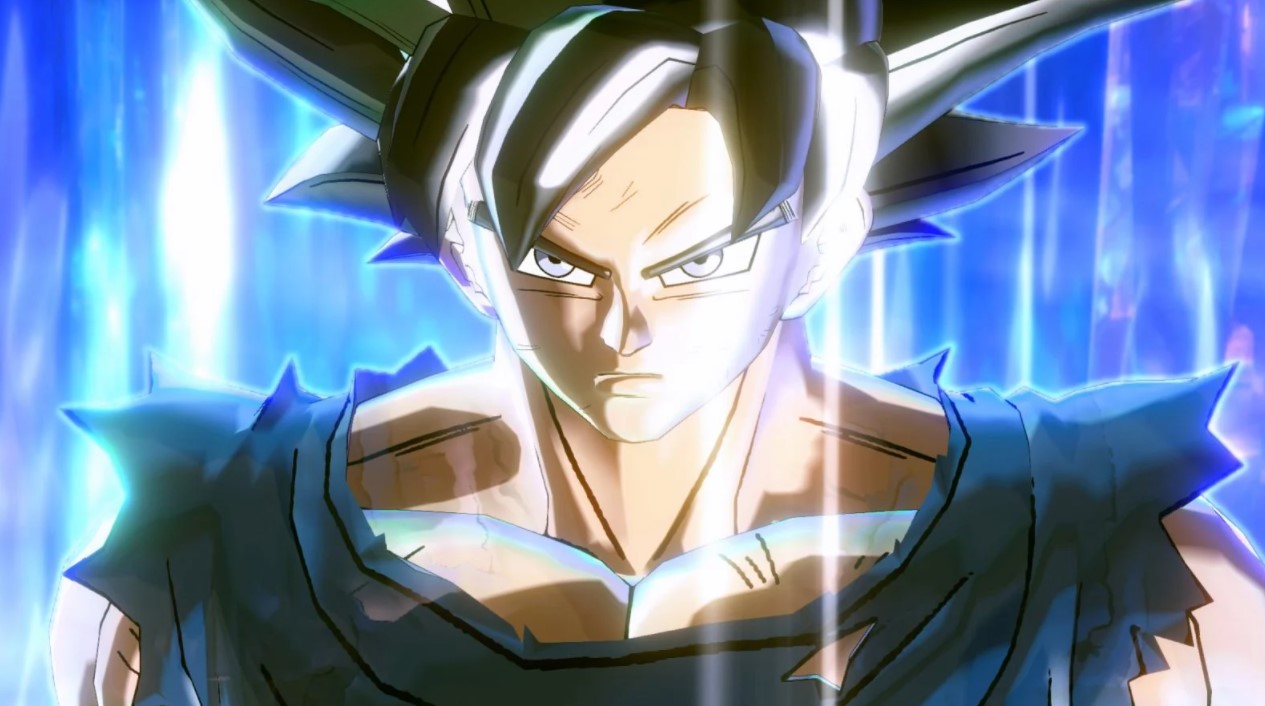 The characters’ transformation abilities are one of the most iconic elements of the Dragon Ball franchise, and as such, it’s a major feature in games like this one.

And naturally, the modders have had a field day with this feature, since it’s largely unique to this franchise.

There are, of course, a great number of transformation-centric mods out there.

However, Lazybone’s New Transformations mod remains the most popular, due in great part to the extensive repertoire of new transformations it offers.

And of course, there’s also the nifty fact that it lets you choose your own hairstyle for each transformation. 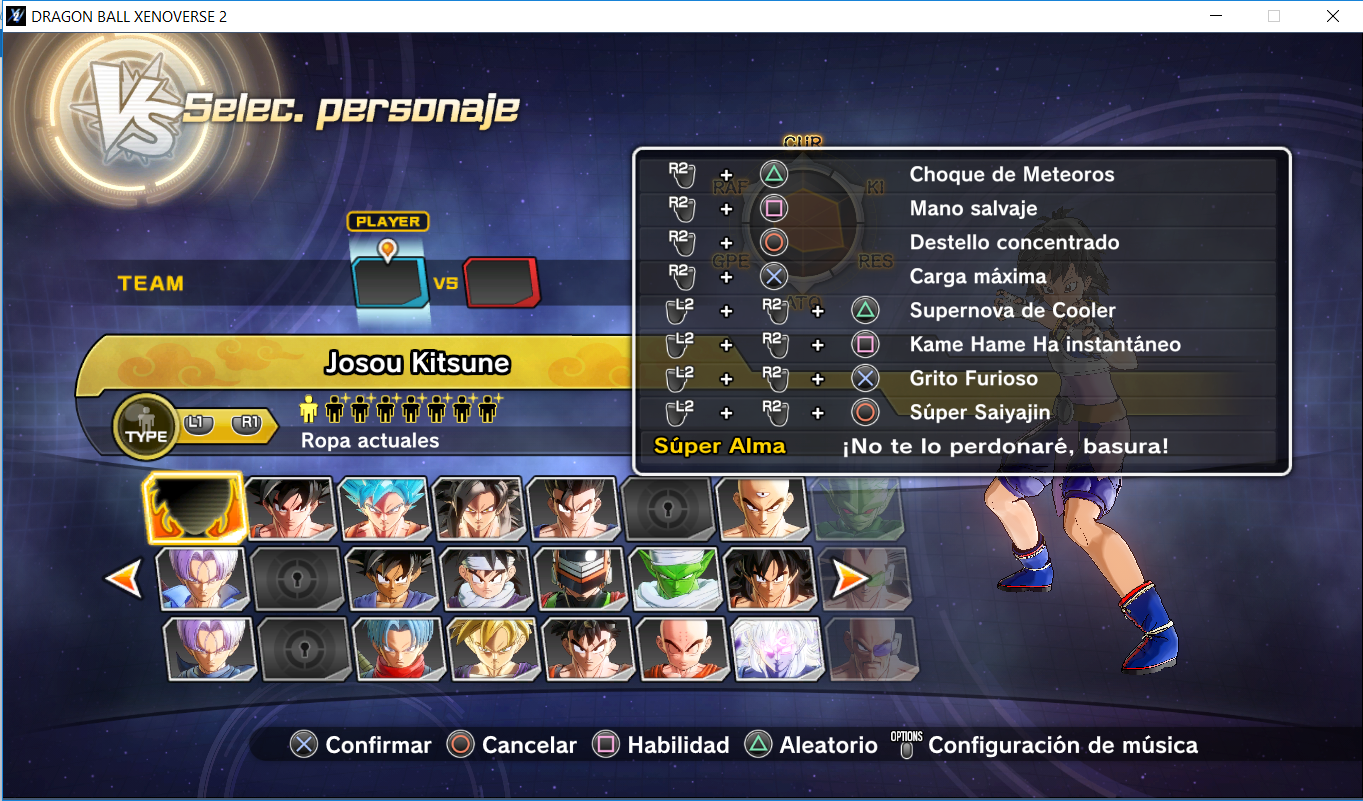 Even the most hardcore PC gamers nowadays are coming to realize how convenient console controls can be.

This is especially the case with fighting games like Xenoverse 2 – let’s be honest, the entire fighting game genre is really made for console controls.

Anyway, if you’re a PC gamer who happens to favor a PS4 controller, you might be annoyed to find out that the vanilla game’s control scheme is very Xbox-centric.

As a result, you’ll want to install the Playstation Buttons mod, which implements some new, PS4-friendly controls into the game. 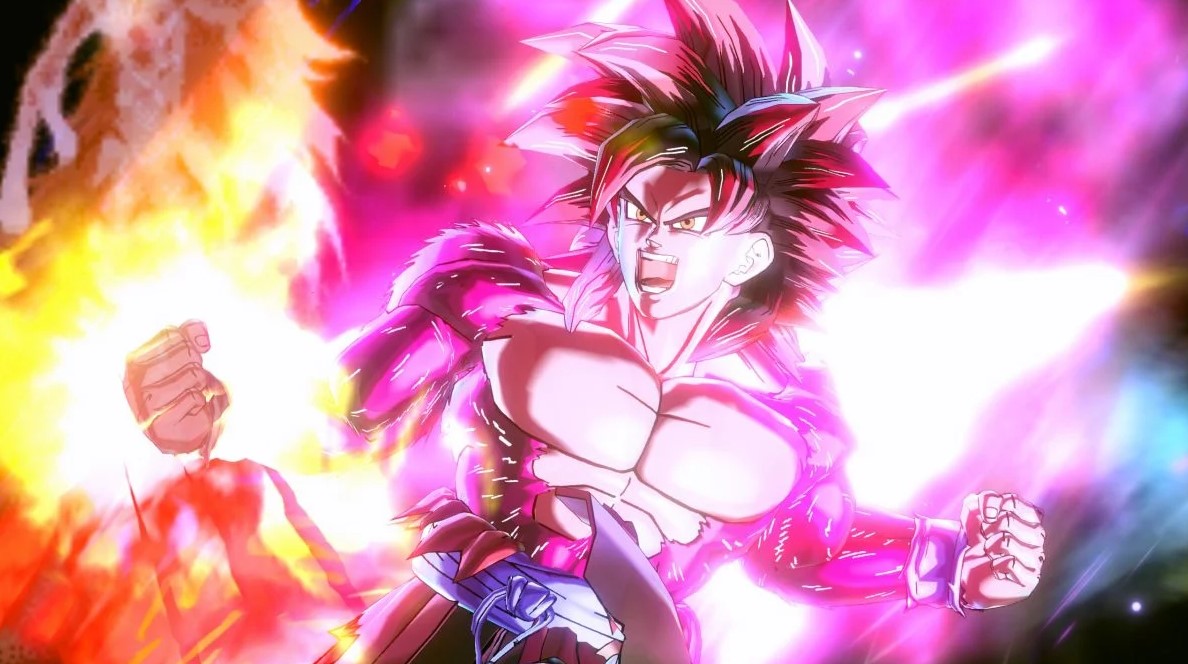 Oftentimes, games with large modding communities like this one will have a group of modders come together to create some sort of supermod.

Such is the case with the Revamp Xenoverse 2 Project. Rather than aiming to alter or fix one particular thing about Xenoverse 2, it instead opts to polish the whole game from top to bottom.

Oh, and of course, as any good supermod should do, this one also caters to aspiring new modders.

If you’re looking to do some custom modding for your Xenoverse 2 experience, this mod offers extensive resources for you to do so in the Revamp style.

we will try it