The Sims 4 has a huge collection of custom content made by the community. Here we will be looking at some armor custom content that you can add to the game, making your Sims look a bit more protected and battle-ready! Or just cosplaying characters from certain franchises or settings.

These can also pair well with any themed residence or neighborhood that you might have put together.

Here we will go over our choices for the top 10 best Sims 4 Armor CC, let’s get started! 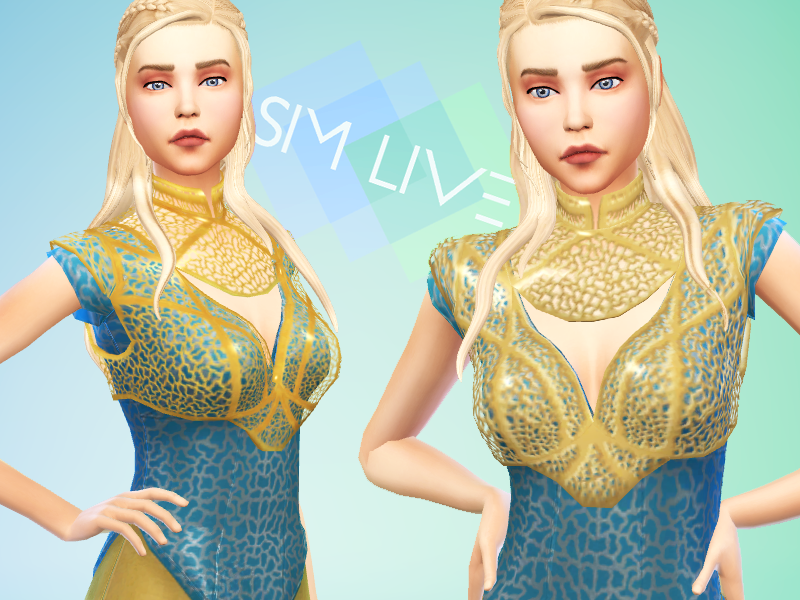 Not all armor has to be bulky and unsightly. This Deco Armor Necklace Daenerys CC is the perfect example of classy armor!

If you are a Game of Thrones fan, this is also a great CC to download if you want to recreate Daenerys in the Sims 4.

The beautiful golden necklace features a tall neck that reaches out to the shoulders.

Then the necklace cascades down into a breastplate with a small section that exposes the skin underneath.

This isn’t meant to be armor to protect your Sim’s life, but it sure is a beautiful piece of casual armor! 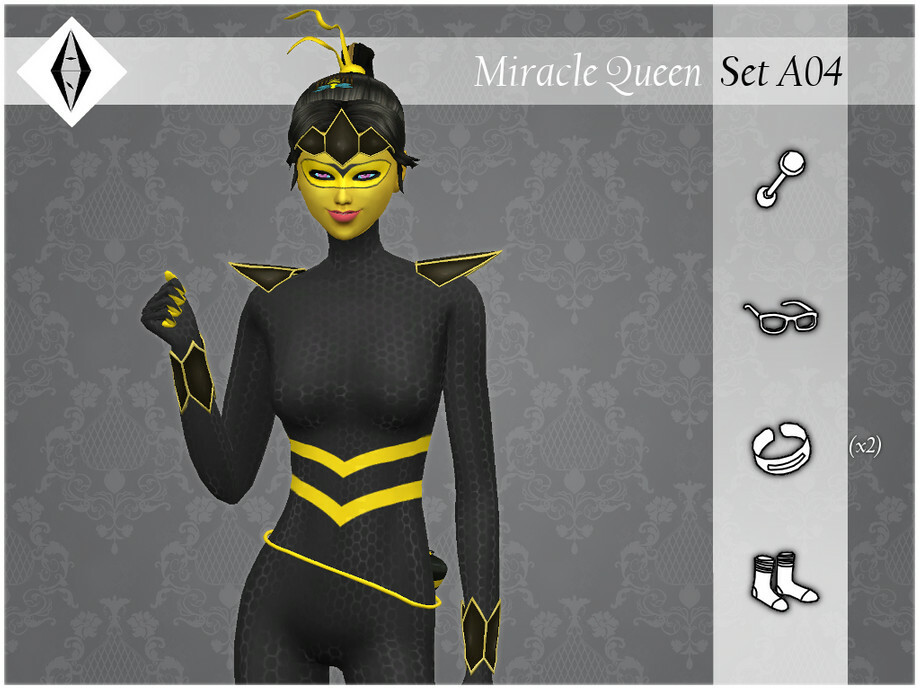 This is an unusual set of armor to have, but if you’re a fan of Miraculous Ladybug, then this is a cute set of armor pieces to download!

Every piece features a striking black and yellow color scheme, like that of a bee, and strong geometric shapes.

You can easily pair these pieces with a black or yellow outfit and incorporate casual armor for a subtle superhero look! 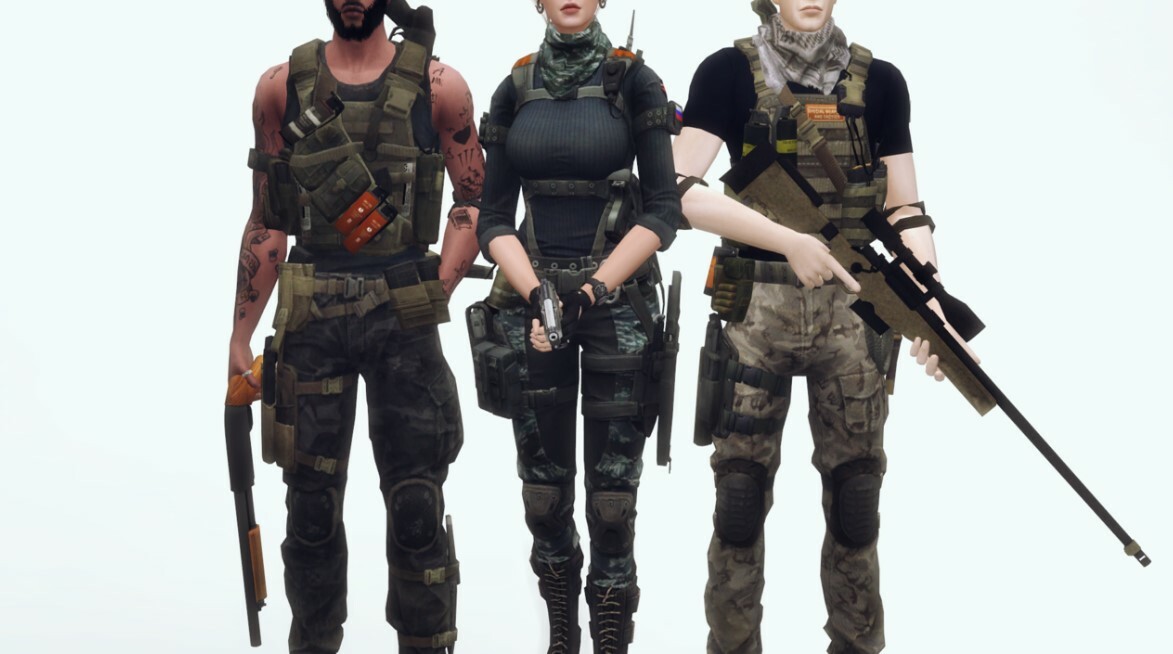 If you’re looking for more military-style armor, these uniforms should be the perfect fit!

These Military Uniforms CC include three variations for both male and female Sims.

All three variations have weapons strapped to their thighs and waists.

The colors are muted, including navy blue, army green, and tan. The weapons the Sims in the promo photos are not included, though!

These uniforms also don’t overlook the boots and camouflage either!

The uniforms are full-body outfits that can be found in the costume section of the character creation menu. 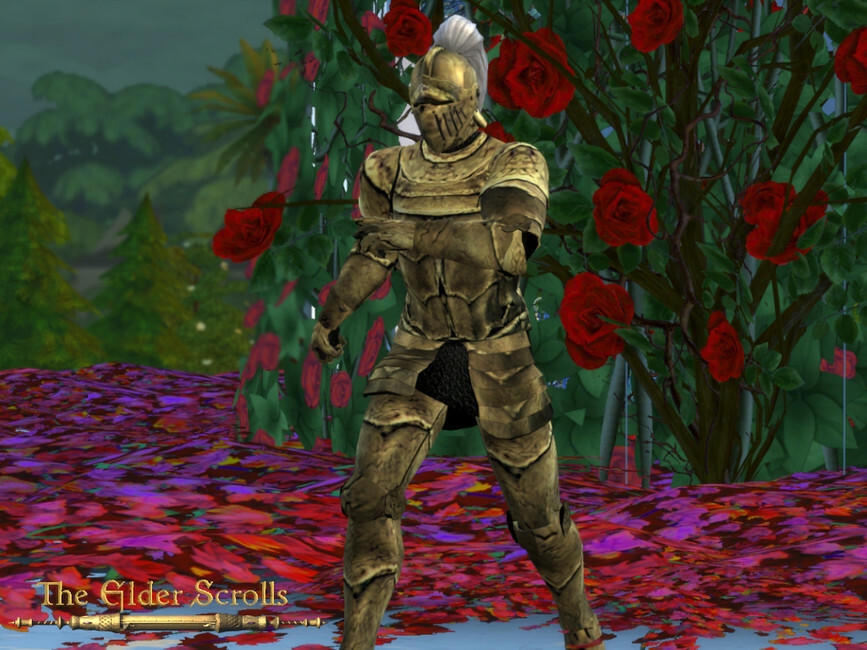 Another Elder Scrolls-inspired armor CC set and this one features the Moon and Star emblem from Nerevar.

This symbol was also included on a ring, which was used to unite clans into the First Council.

Now, you can bring this symbol into the world of Sims 4 in the form of a gold suit of armor.

The NerevarBonemold Armor & Helmet are two separate pieces, but both feature a rustic gold finish. The helmet also features a white tassel on the top.

The moon and star symbols can also be spotted on the forehead of the helmet. 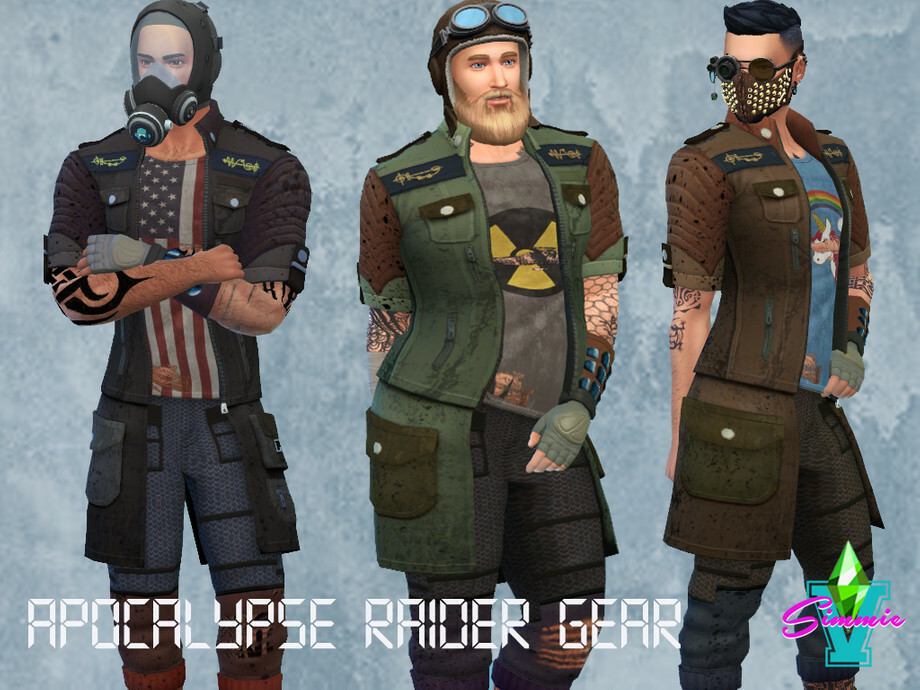 This CC set features one outfit with eight variations, each with its own set of casual armor pieces.

None of the armor is intrusive or bulky and instead focuses on light armor and protective gear.

This outfit is also incredibly aesthetically pleasing for an apocalypse-style Sims 4 game file.

The outfit variations consist of a battle jacket or vest, distressed and worn shirts underneath, multiple cargo pockets, gloves, helmets, masks, and more. 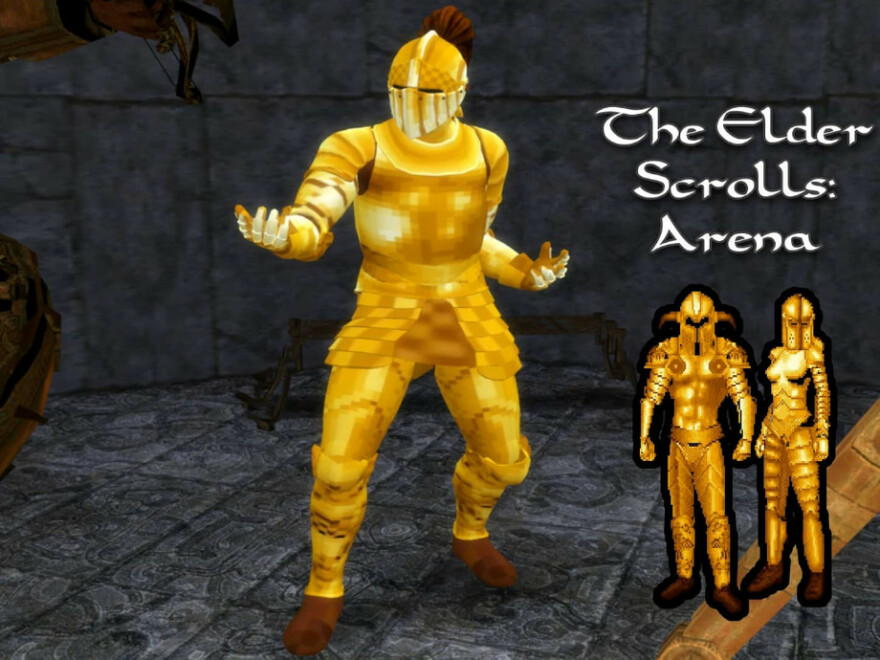 So if you’re into Elder scrolls cosplay and would like your Sim to take on that personality, this CC is for you. 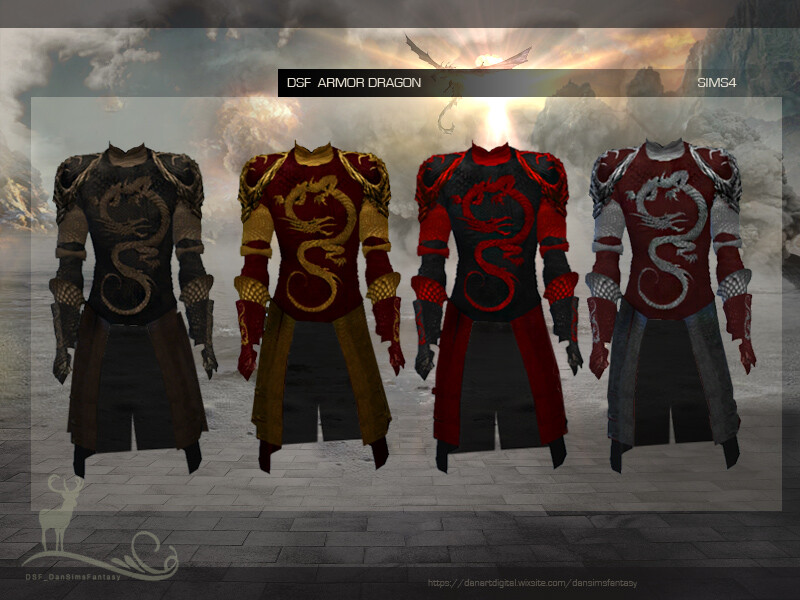 If you like having vampire Sims (and assuming you have The Sims 4: vampires pack), then this next CC will give you another nice outfit option to change your Sims into creepy creatures of the night.

DSF Dracula Armor Dragon is a CC that adds a Dracula-themed armor in the same style as that seen in the 2014 film “Dracula Untold.”

The armor features symbolism of the dragon, same as in the Dracula untold movie, but they do differ somewhat.

The armor is available for teens to adults and in 8 different colors. Fulfill your dark-world fantasies with a Sim that looks like a vampire but might be the UFO causing mayhem in Simcity. 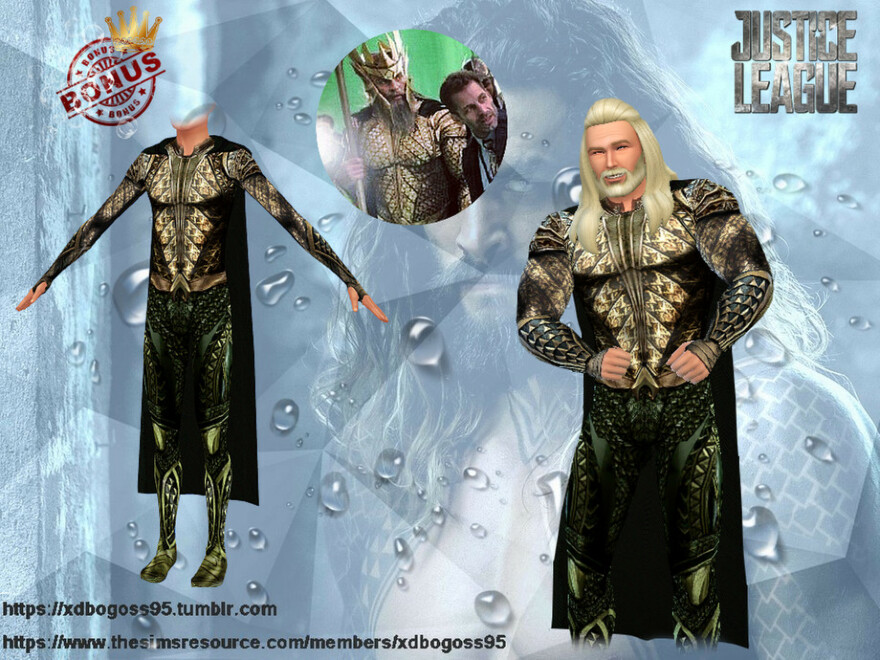 Have you seen the newest DC Aquaman movie? Whatever your opinion is on its cinematic merits, we have to agree that Jason Momoa does look ravishing. And the armor design for Aquaman in the movie is slick and badass.

The CC Justice League Ancient King Armour brings the armor of the King of Atlantis and his tattoos to the Sims 4.

The armor is available for male teens to elders, under everyday clothes. So, what are you waiting for? Get your freak on?! 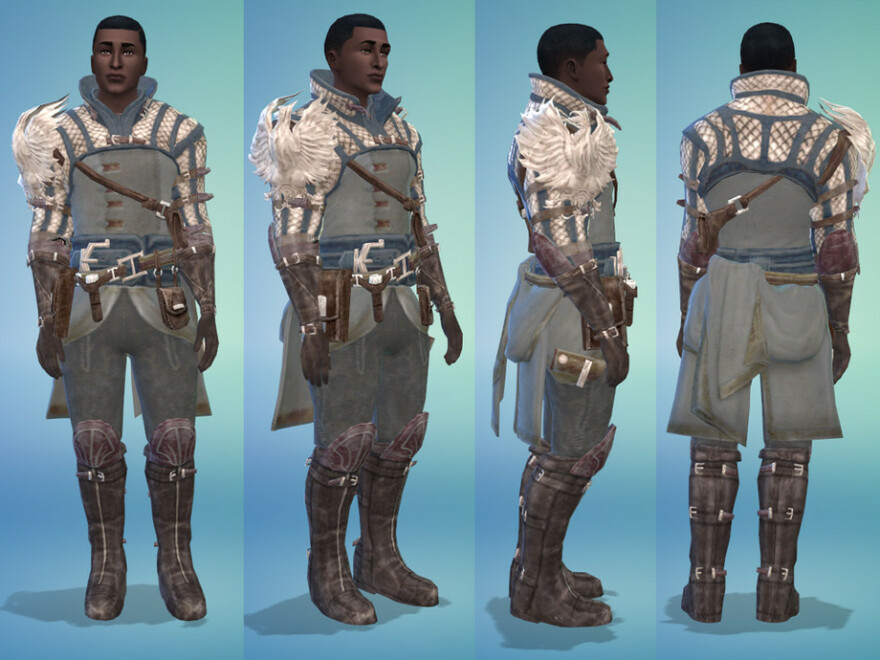 Another great fantasy franchise is the Dragon Age series. Along with its great stories, it had beautiful character and armor designs. The CC author Proud Rose is responsible for several CCs of armor and outfits from Dragon Age.

There are so many good ones to choose from, but here we will list three of our favorites—those being the: Warden Mage Armor, Armor of the Divine Will, and Dace Family Armor.

Be sure to check out Proud Rose’s other Dragon Age conversions as well! 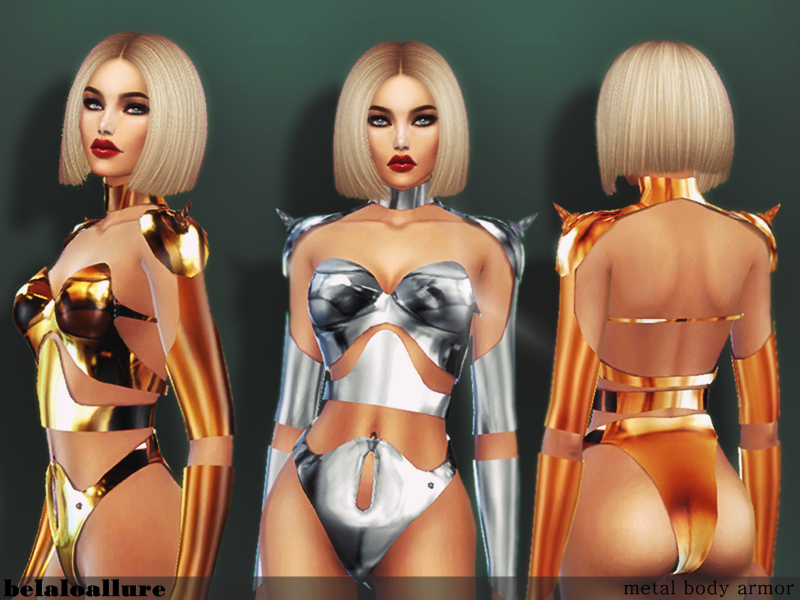 Now for a more “fun” piece than anything in the game but isn’t much “functional.” Belaloallure Metal Body Armor is an armored outfit that is more reminiscent of something you would see in a Lady Gaga music video than on the battlefield.

The CC adds a metal body armor outfit for female Sims. It gives off a glamorous pop star look. The outfit is available under “every day” for teens to elders. 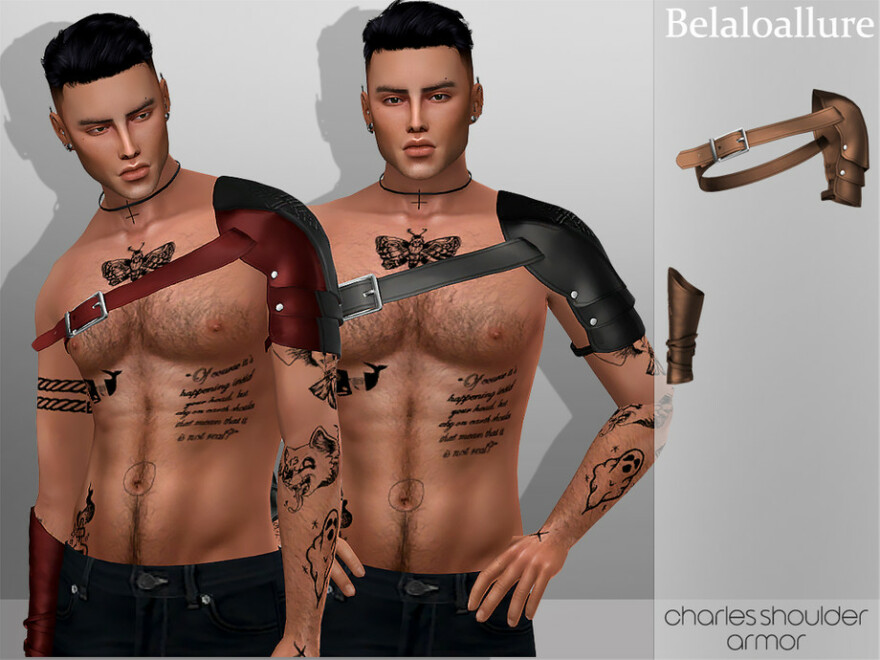 This next one comes from the same CC author as the last and has the same form over function look to it, more for fashion than protective value. This time it’s for the guys.

However, it only covers certain parts of the upper body showing off your Sim’s physique. 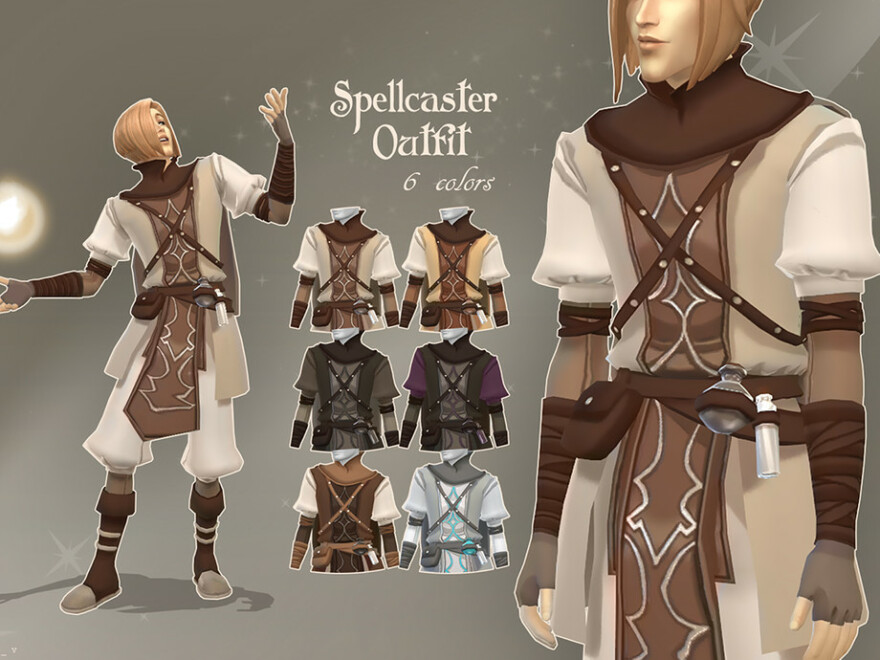 Next up is an outfit that is not super armored but fits well into a medieval fantasy theme. It caters to the lighter armored, magical types that usually show up at an adventuring party.

The Spellcaster Outfit is a high-quality full-body mage outfit for male Sims.

The outfit features all original designs, mesh, and textures. It is available for male Sims from teen to elder and comes in 6 different swatches. 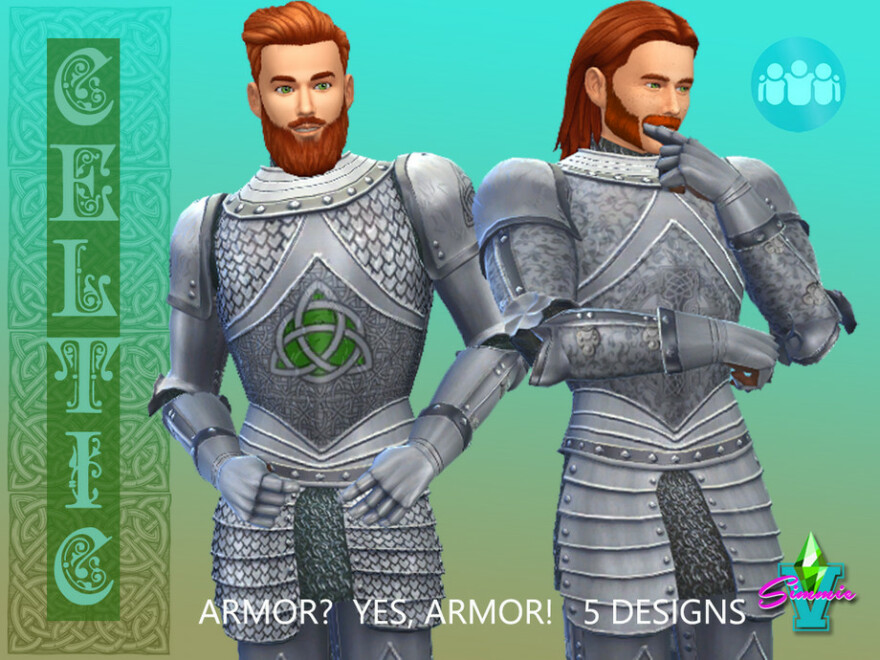 We found some custom content armor that is more classically medieval in its design.

For example, SimmieV Celtic Armor is a CC that brings a redesigned suit of full plate armor to the game with Celtic-inspired engravings set into the steel of the armor.

It is available in five different designs, all beautifully made to show off the Celtic knots. It is available for male Sims from teen to elder under “party.” 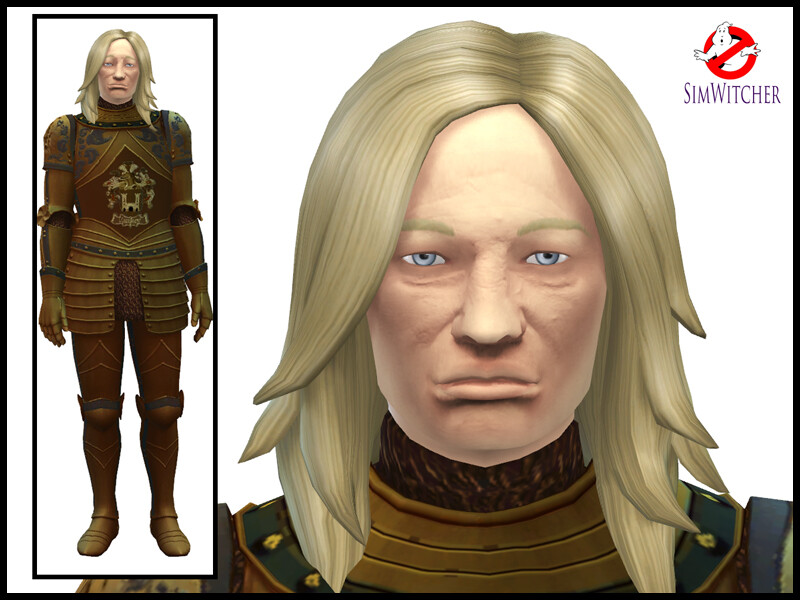 Another piece of armor custom content in a similar vein as the previously mentioned one is the Vigo the Carpathian Armor.

Vigo the Carpathian Armor is an armor outfit CC made specifically for the author’s CC Sim Vigo but can be used by other Sims as well as yours.

This CC adds an outfit of full plate armor that is highly decorated and has many gold and brass-looking pieces. The outfit is available for male Sims from teens to elders.

It is also important to keep in mind that this piece of custom content requires that you own the Get Together expansion for the Sims 4. 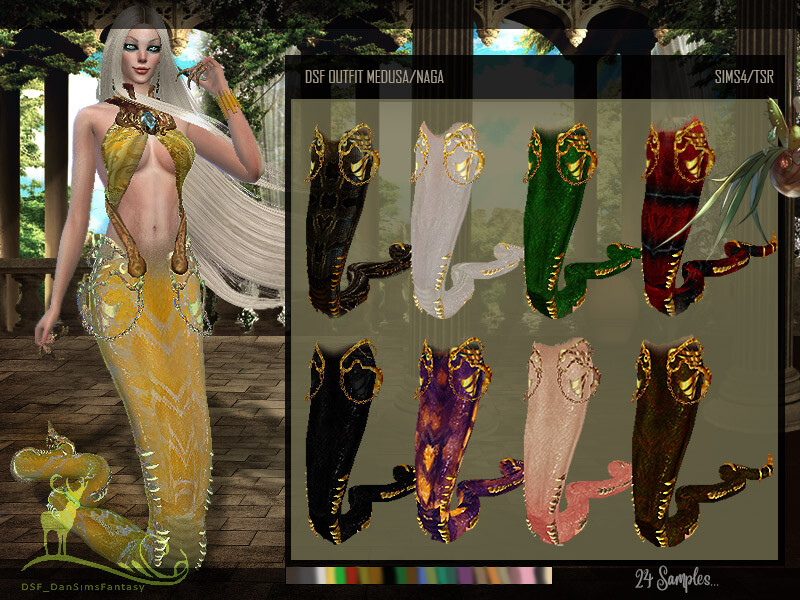 This last piece is probably the most fantastical piece of the bunch, perhaps not exactly a piece of “armor” but definitely fitting into a setting with noble knights and adventurers.

The DFS Outfit Medusa & Naga CC is a piece of content that adds a Medusa or Naga Esque outfit to the game giving your Sims a mythological flair with its crossed top and Medusa tail.

Available for female Sims from young adults to the elder in 24 different colors, this outfit will bring the fantasy realm to the world of Sims.