There are a ton of hair CC for the Sims 4, but most of them are very clean and stylish. Of course, a civilized-looking sim is what we want most of the time, but what about those days when you want a sim to be chill and laid back, a more natural hairstyle that looks like they’ve taken their shoes off and just wants to relax on the couch.

Here is our list of the top 10 best Sims 4 messy hair CC to match all sorts of specific scenarios.

10. Half up Messy Knot Female 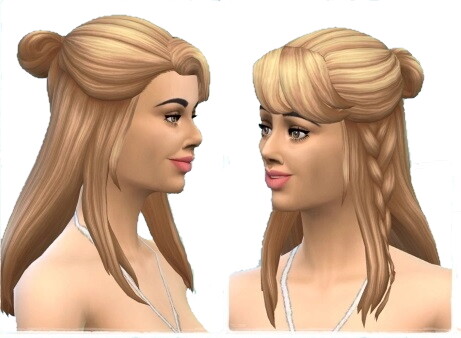 Half up Messy Knot Female is a classic messy hair tied up at the top with the rest of the hair hanging at the bottom. One of the more familiar casual hairstyles that you’ll see in your day-to-day with anyone with long hair.

The mod itself is limited to female sims, and if you have a female sim, it’s the right look for a day out.

9. Half up Messy Knot Male 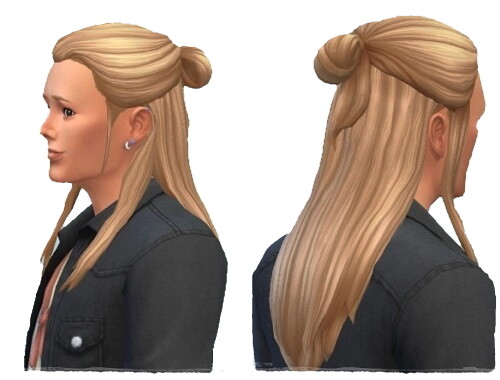 A male variant of the previous half-up messy knot female, the Half up Messy Knot Male is like the previous CC, but there is no swoosh at the front of the hair. All of the hair is pulled back, showing the forehead.

Think of it as a messier-looking version of Legolas’ hair from the Peter Jackson LOTR movies. We’re not sure if it’s everybody’s cup of tea, but it’s something different to explore. 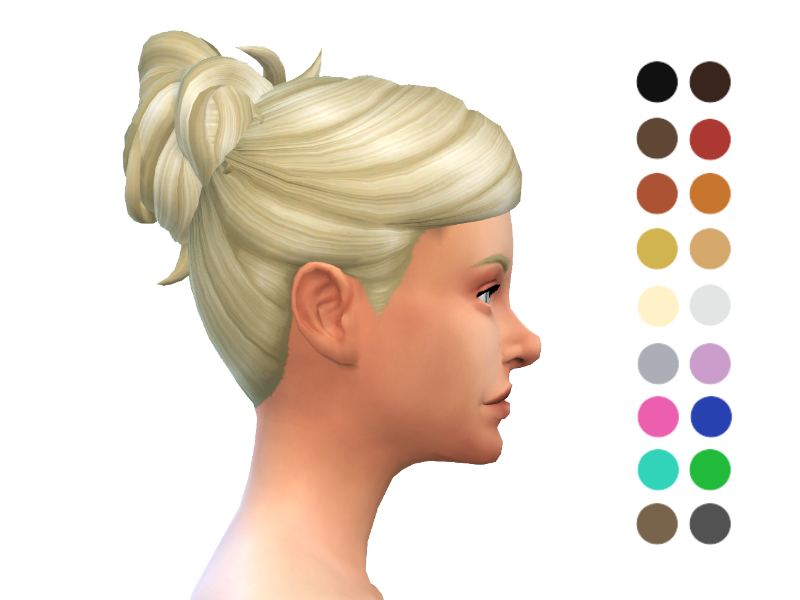 The previous CC has half the hair up, Messy Bun pulls all of it up. It still looks like it was done in a hurry, though.

When you just want to keep your hair from getting into your eyes, you put it up in a bun. The messy bun is just that. The hair reaches beyond the shoulders and is tied up in a bundled mess, stringing out and about in different directions.

This hairstyle comes in 12 different colors, both natural as well as brighter and livelier colors. 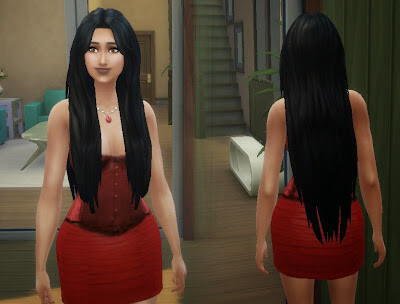 Long Messy Hair is a very simple CC. The hair in this one goes all the way down to the waist without being styled in any particular way. We feel this one is what the half-up messy knot female would look like untied and a bit longer.

The patterns in the hair only really follow one general direction, which is down. However, there is a parting in between to avoid any visual obstruction. 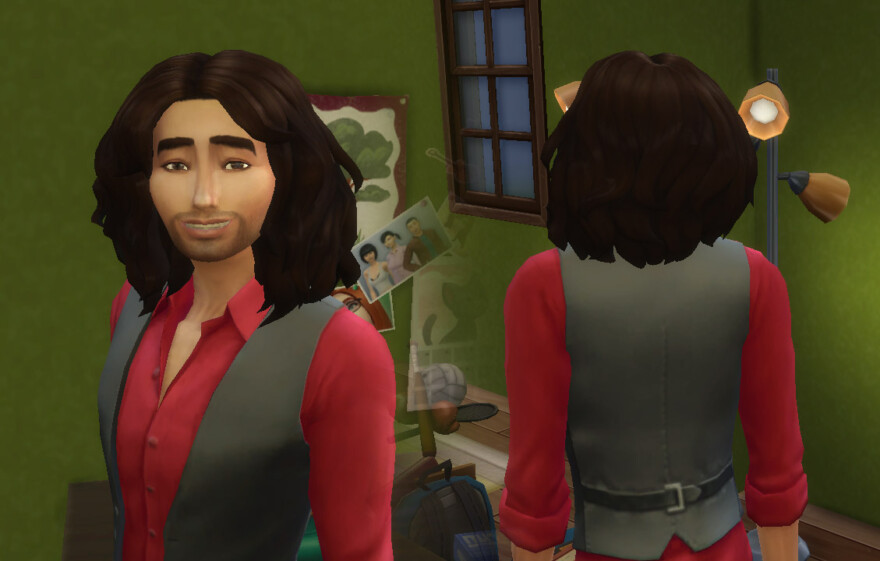 Medium Messy for Men has a much more scraggly look compared to all the others on the list so far. Remember Jason Mamoa from the Aqua Man? Yep, the vibes with this are pretty similar.

It’s a medium-length hairstyle ending by the shoulders, the hair flairs out very aggressively, giving a “just woke-up” look.

Depending on how your sim is dressed, you might be able to pull off a really bad boy look. Scruffy, messy hair with a leather jacket should do the trick. 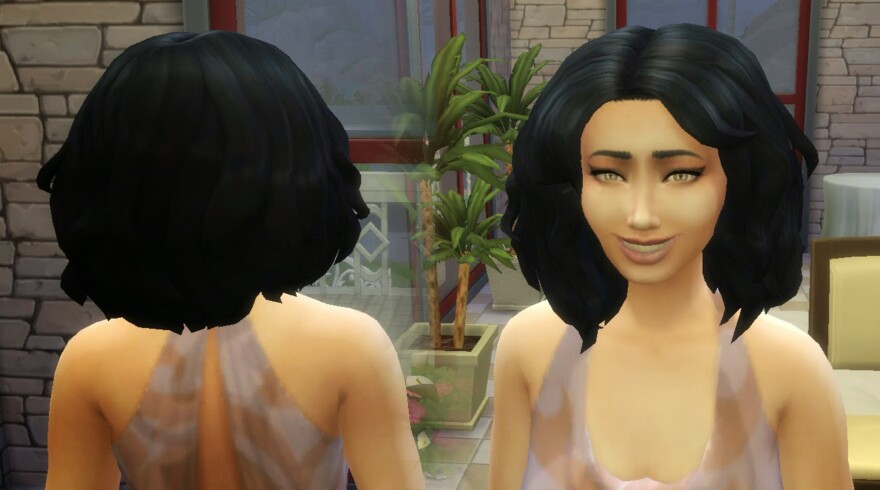 Medium Messy Hair gives a very wild and out-there look, similar to the previous CC but aimed at female sims. The biggest difference between this and the previous one is that medium messy hair is a much cleaner look with puffy and wide hair without the added scragginess of the previous medium messy for men.

You can probably still make it appear more natural with the right outfit. Unlike the previous one, this hair works well with many different outfits giving your sims a large variety of looks. 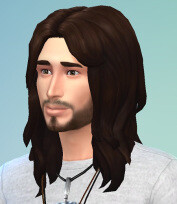 Mess Med Male is a sophisticated yet messy hairstyle. Rather than going with a large puffing out of the hair, the med male just goes with a tame look, with most of the hair going downwards. In addition, the hair has two different lengths, with the back hair touching the shoulders while the front drops further and beyond.

Ever fancied a bit of Russell Brand look? The CC almost looks identical to the hairstyle of the wild and free British Casanova, Russell Brand. If you want to look like a man who is smooth with women and words, this hairstyle will definitely exude that persona. 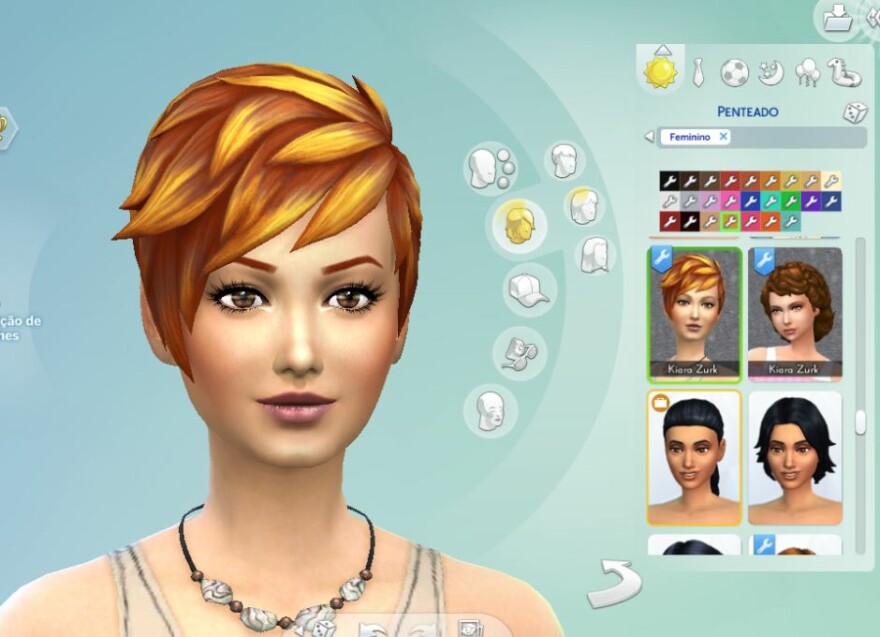 Long Front Messy Conversion will take you back to 2005 with the emo hairstyle, a look very popular back in the mid-2000s and still seen today.

You can either have a shaved or short back and sides with long bangs on the front brushed to the side. The CC, despite being a very punk and modern emo look, is a bit tamer and tones on the roughness seen in some of the others on this list. 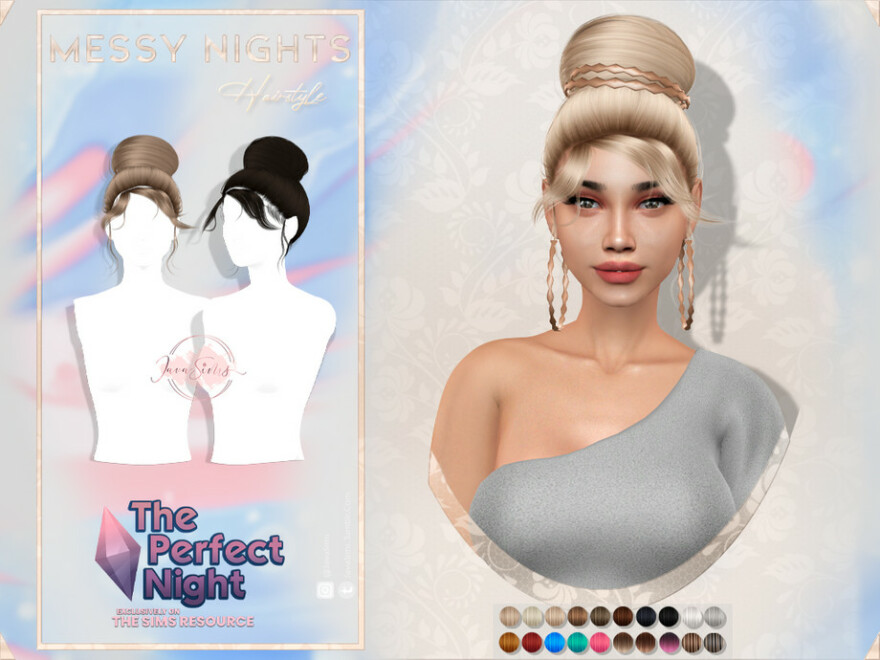 A difficult-to-make hairstyle that’s gotten a little messy over the night, Messy Nights starts with its eye-catching bun with the hair towards the bottom a bit lose, giving a distinct look.

The look provided by the CC matches the kind that you’d only really see after a long night of partying with your friends. The hairstyle comes in 20 different colors, 9 of them being natural and 11 of them brighter and more colorful. It also has a unique shadow mapping that works with all types of clothes, and you can even wear a hat! 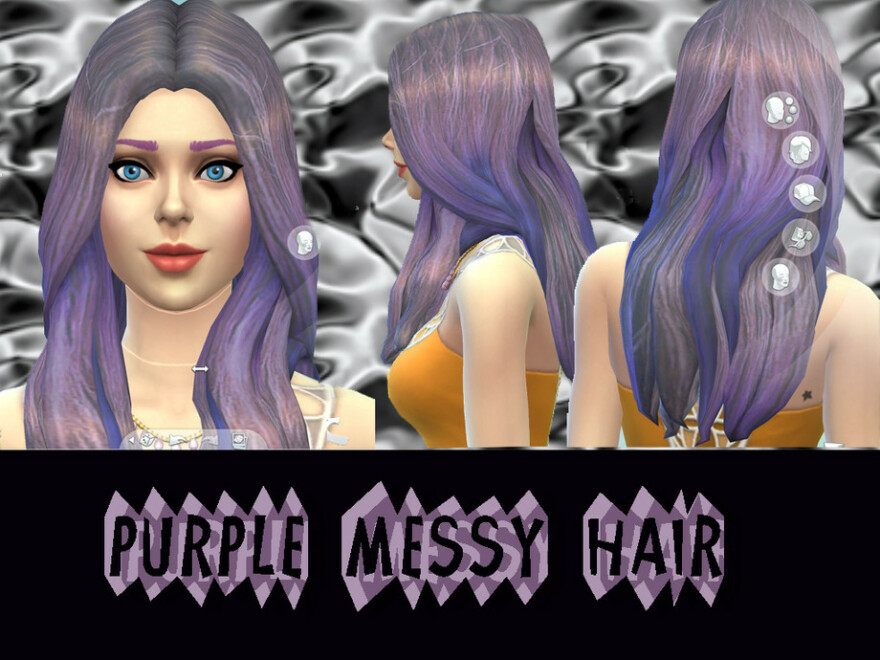 You know we can’t end this list without providing something to tickle your fantasies. How many times have we turned our heads around after passing a woman with purple hair!?

Purple Messy Hair goes for a very real look, medium-length hair falling below the shoulders with shades of purple.

Rather than having a picture-perfect look, the messiness of the hair goes well with the washed-out purple hair color. You can wear it with a white dress or rock the hair at a casual party.