Tekken is considered one of the greatest fighting franchise games on the market that has dominated that arcade scene and esports as players worldwide compete to be the best Tekken player that ever lived.

Wait till you check the mods that will turn one of the best fighting games on the market more visually appealing and add new stages, introduce new elements, and more.

Let us take you over the top 15 best Tekken 7 mods on the internet. 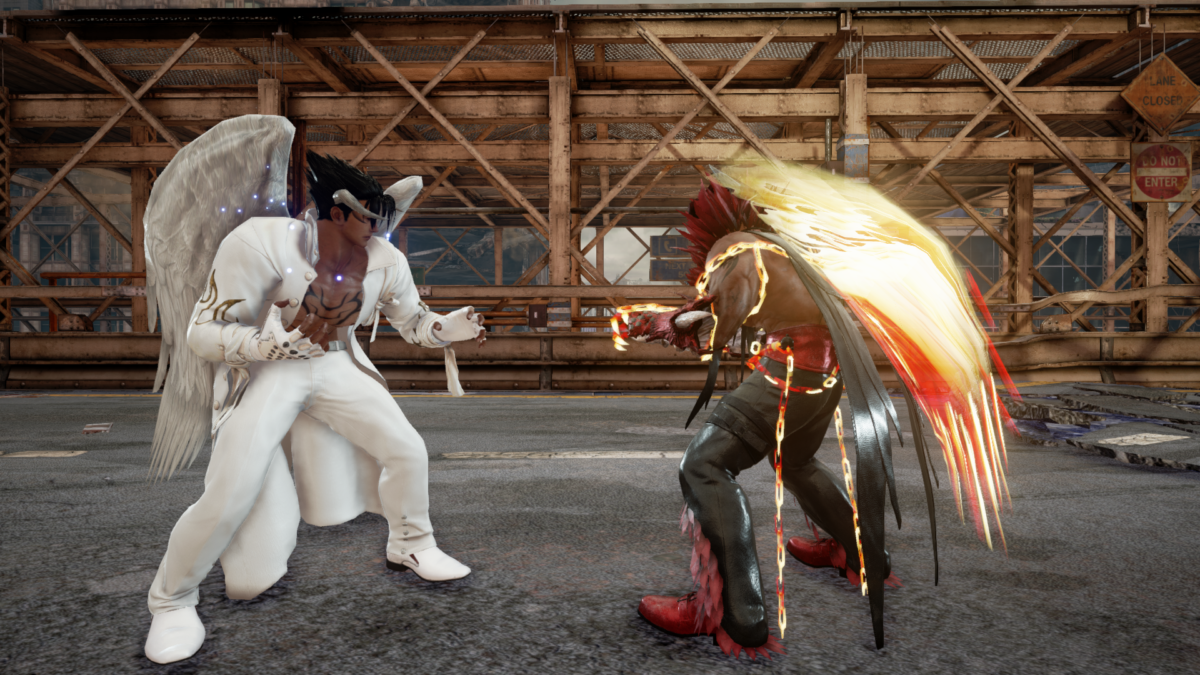 The appearance of backgrounds and levels within Tekken 7 matter to almost every player, especially when you’re staring at the same background. It’s easier to notice unpleasant details this way.

So, with the Twilight Conflict mod, the strange green tint that is normally in the level is removed. This is a minor mod, but it is one that is nice to have for this particular level arena.

This mod goes beyond standard revamping and retexturing stages. The Forgotten City mod is a stage built from scratch!

With this new stage, you will challenge characters in a decrepit condition city that looks as if it has been torn apart by war or asteroids.

In the background, buildings are torn apart and broken, with crumbling bridges and dead foliage everywhere.

The creator mentions trying out the stage in practice mode before using it online, just to ensure that your computer can withstand the pressure. 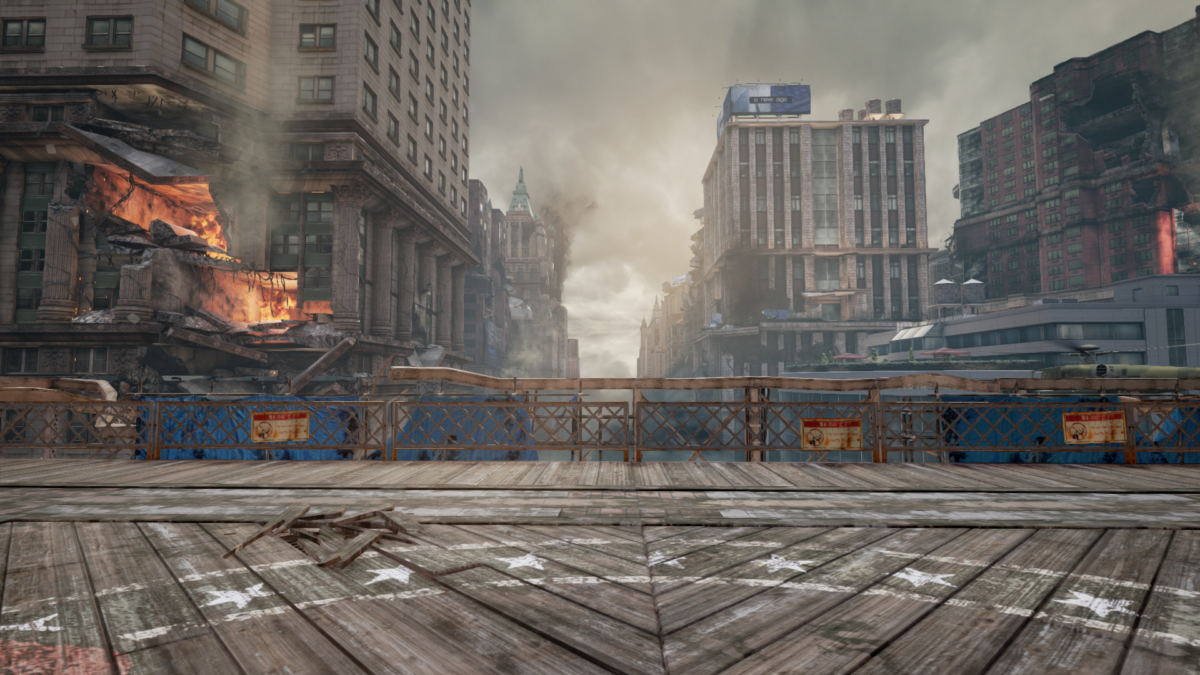 Practice mode is useful in any game, such as Tekken, to get combo moves down pat before jumping into PVP.

The No Infinity mod is a cosmetic one in that it removes the infinity symbol from Practice mode. This mod is helpful in maintaining in-game immersion when practicing.

If you want an experience as close as possible to the normal matches in Tekken 7 while in Practice mode, then this is the mod for you! 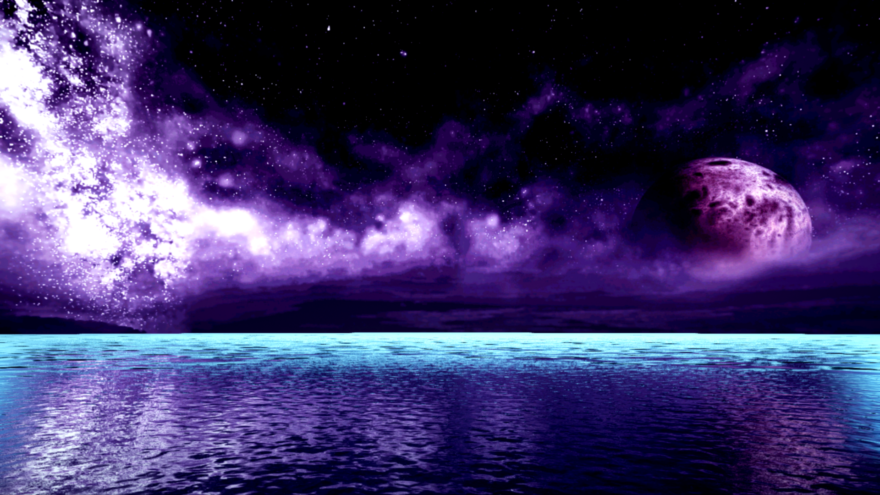 If you’re in the mood for a new stage in Tekken 7, then why not get the most complex and complicated stage ever created.

It might be complex, but it is the best-looking stage there is in the game.

The mod comes in different variants with new elements added to them, like mountains and more, making the purple starry night sky even more epic than it already is.

Do you know what’ll really pack a punch in the fights in Tekken 7?

Final Fantasy XV battle themes music by using T7 jukebox music pack. Official battle themes of final fantasy XV can be played while you fight with Jin, Heiachi, King, or any other playable character in Tekken 7.

Having a really cool soundtrack while you thrash your enemies can lead to tremendous victories that can only be settled down with a proper celebration afterwards.

Feel like a protagonist from a fantasy anime with soundtrack during fights to die for. 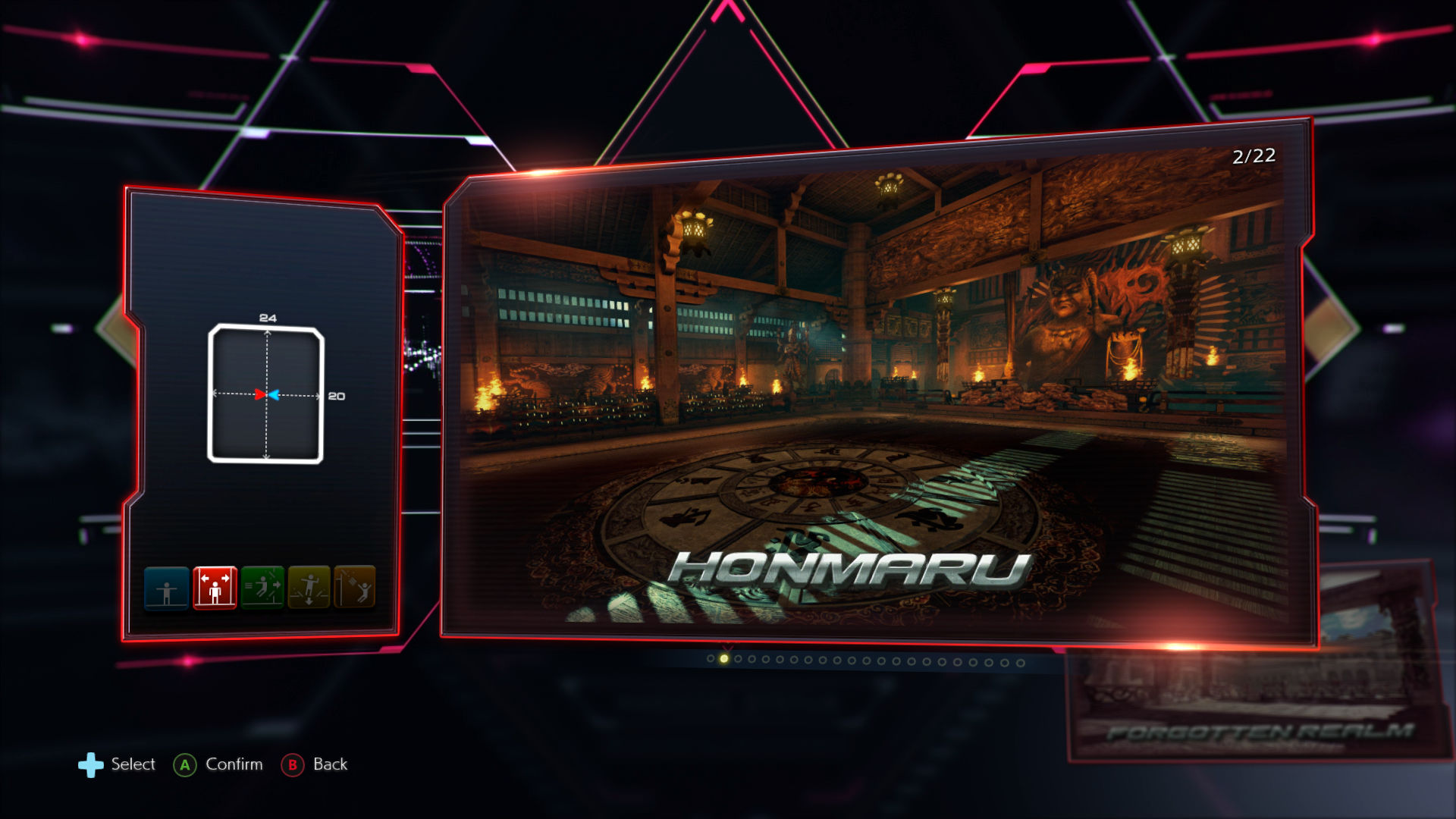 Tired with the same old dojo or arenas? Fought thousands of battles in the existing levels and want something new?

Get Honmaru, a mod that will satisfy your craving for something new.

You may have seen this stage in the game story mode, however now you can enjoy the Honmaru stage in arcade, multiplayer and online gaming.

It’s a great refresher. You can have the mod and play it online, but if your opponent does not have the same mod, then they’ll see an existing stage on their screen rather than honmaru. 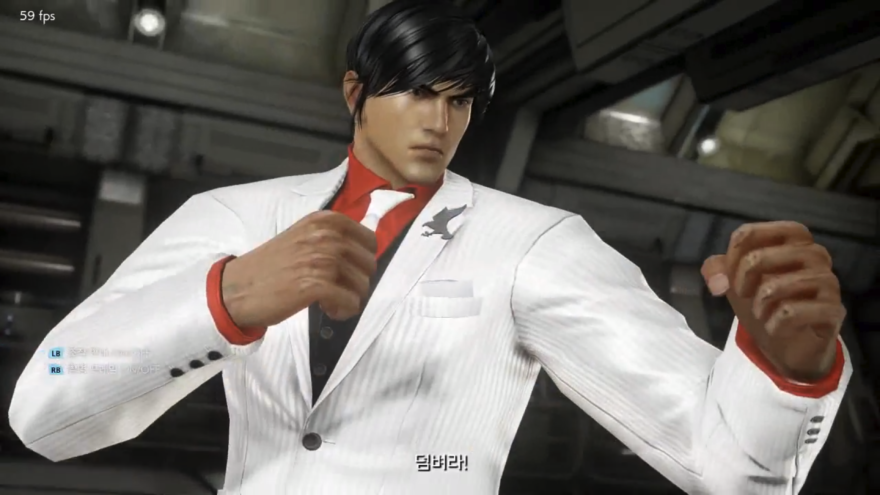 If you’ve never been a shabby character and want your player to look as Sauve as ever like the old villains in a suit and tie, then get the male tuxedo mod.

The mod replaces the fancy armor and unwanted clothing accessories with a three-piece suit and a tie that would be nothing short of a head-turning moment at any event.

Not all male characters are suited up. Only Bryan, Eddy, Feng, Heihachi, Hwoarang, Jin, Lars, Law, Paul, and a few more among the characters that get a step up in their costumes.

You can even have Devil jin walking about in a fancy suit and tie, how dope is that? 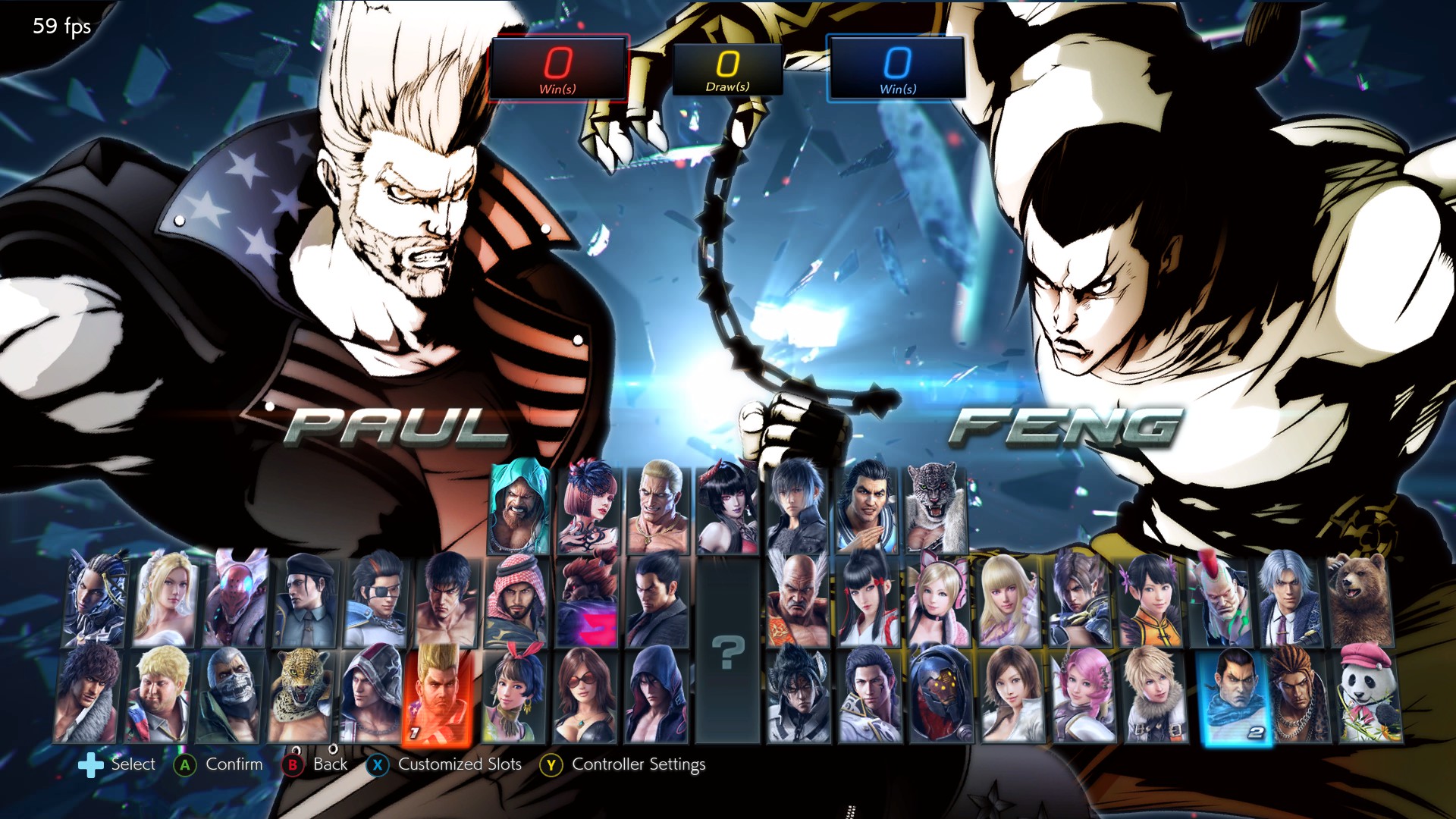 Many of us play arcade games over and over again just to get good at it so that we can destroy our enemies at will.

However, playing or practicing for long can be tiring, and looking at the same character selection icons can get quite boring.

The artwork that replaces the standard character select icons is absolutely stunning to watch.

Well, to be honest, if you’re looking at the same thing over and over again, even the smallest of visual changes are well appreciated. 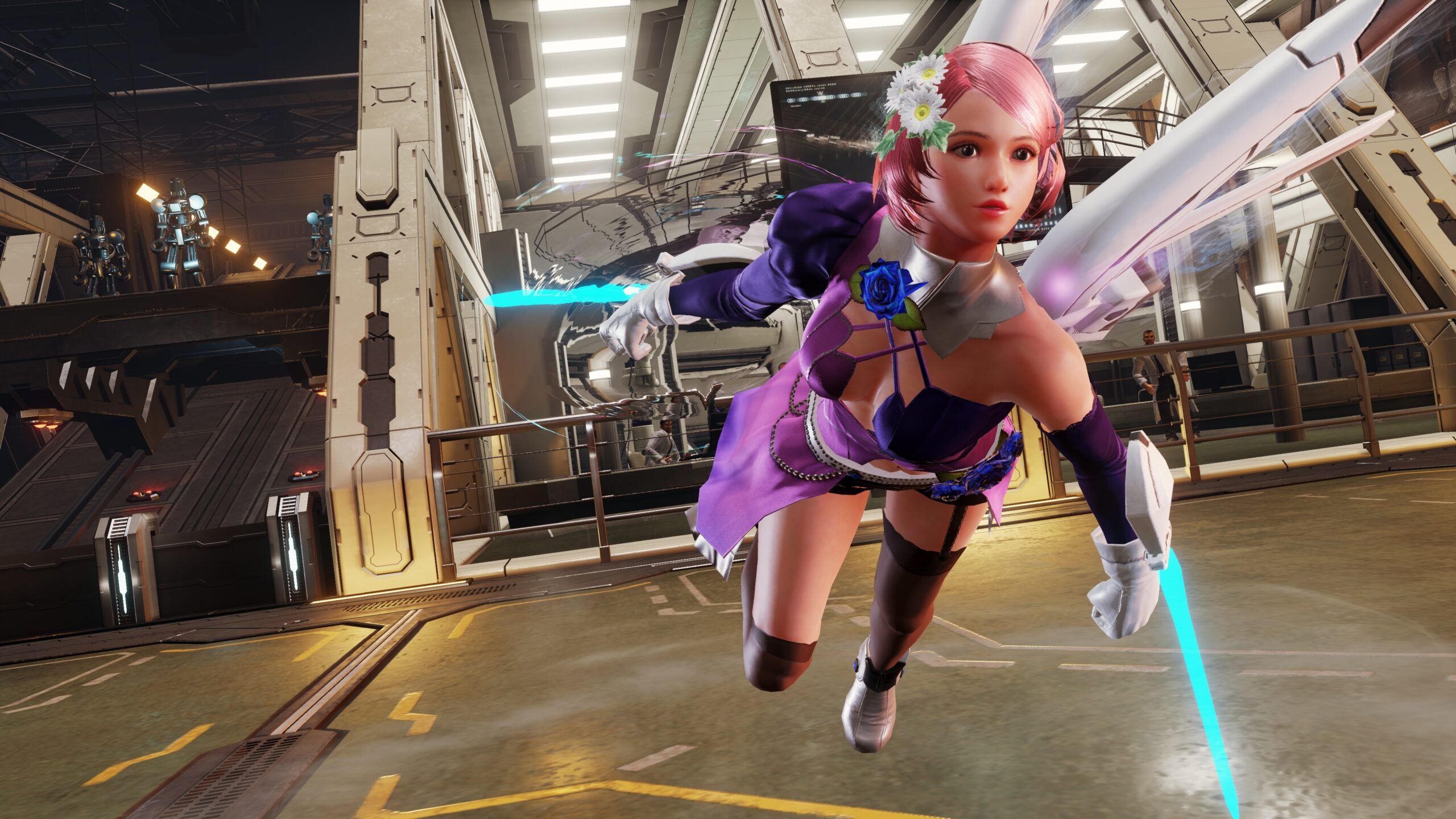 Alisa, a droid that may look cute but is very deadly, is one of our favorite characters in the game.

The mechanics that take over when playing with Alisa can be great to witness.

However, whatever you call them, the swords or chainsaws do not go with the entire visual looks of Alisa.

Hence, having Alisa’s Korean saber pack can remove those nasty chainsaws and replace them with lightsabers.

These lightsabers were originally seen in the Korean version of the game, and having this mod is a blessing as we, too, can now have what the Koreans are enjoying when playing Tekken 7 with Alisa. 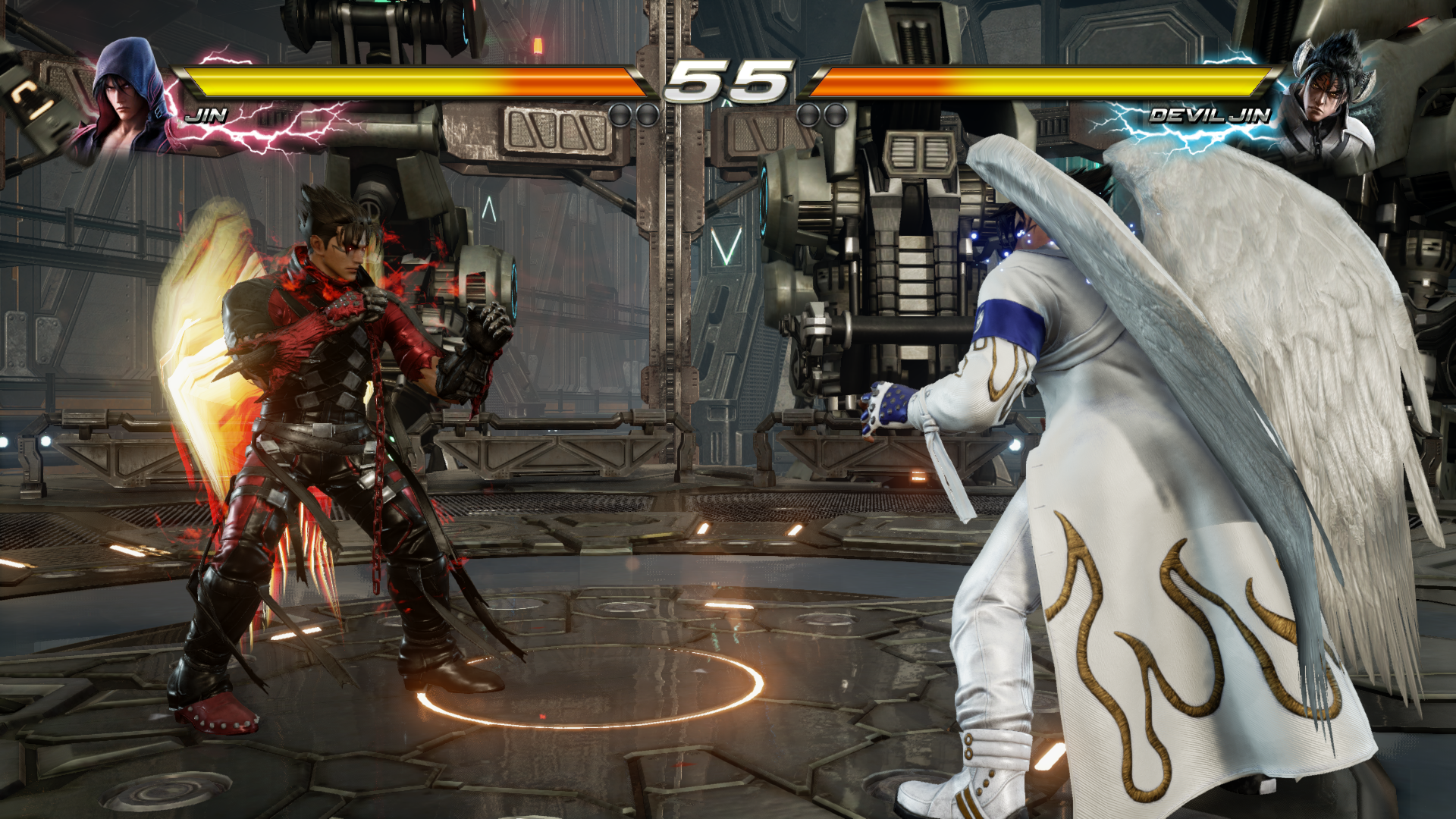 As we’ve mentioned before, some things can become a mundane task due to the same environment.

Even the Mishima building, a historic place in the Tekken universe, can sometimes become visually tiring if you’ve had over 1,000 battles.

It alters the lighting and changes the background music on the stage, allowing to experience a new win or loss every single time. 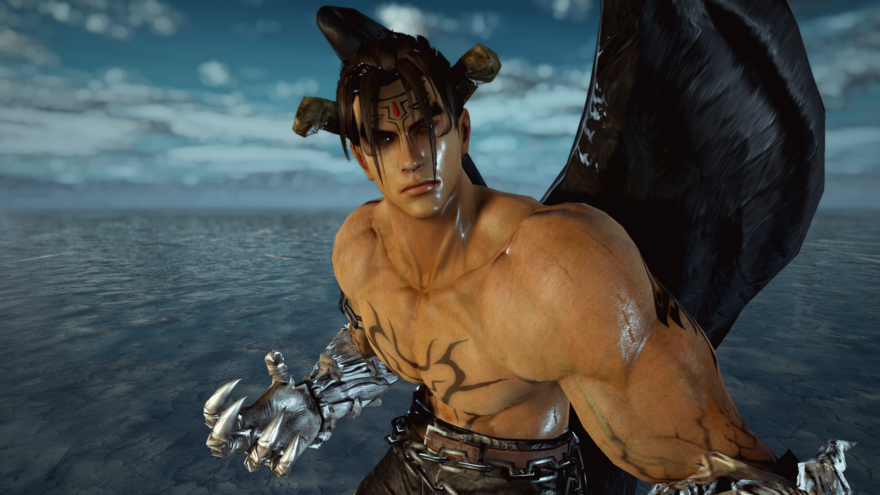 Tekken 7 has improved on many characters’ looks and dressings, which was well received by the fanbase. However, what many felt was that the devil jin’s look fell flat.

Many of us preferred how the previous Tekken 5 made Devil Jin truly devilish, and seeing the character in Tekken 7 did not do much for us.

If you want to bring back the original devilish look with pale skin and golden eyes, then get devil jin Tekken 5 mod.

Although the skin does not make the devil jin OP, it will surely have your opponents shaking in fear. 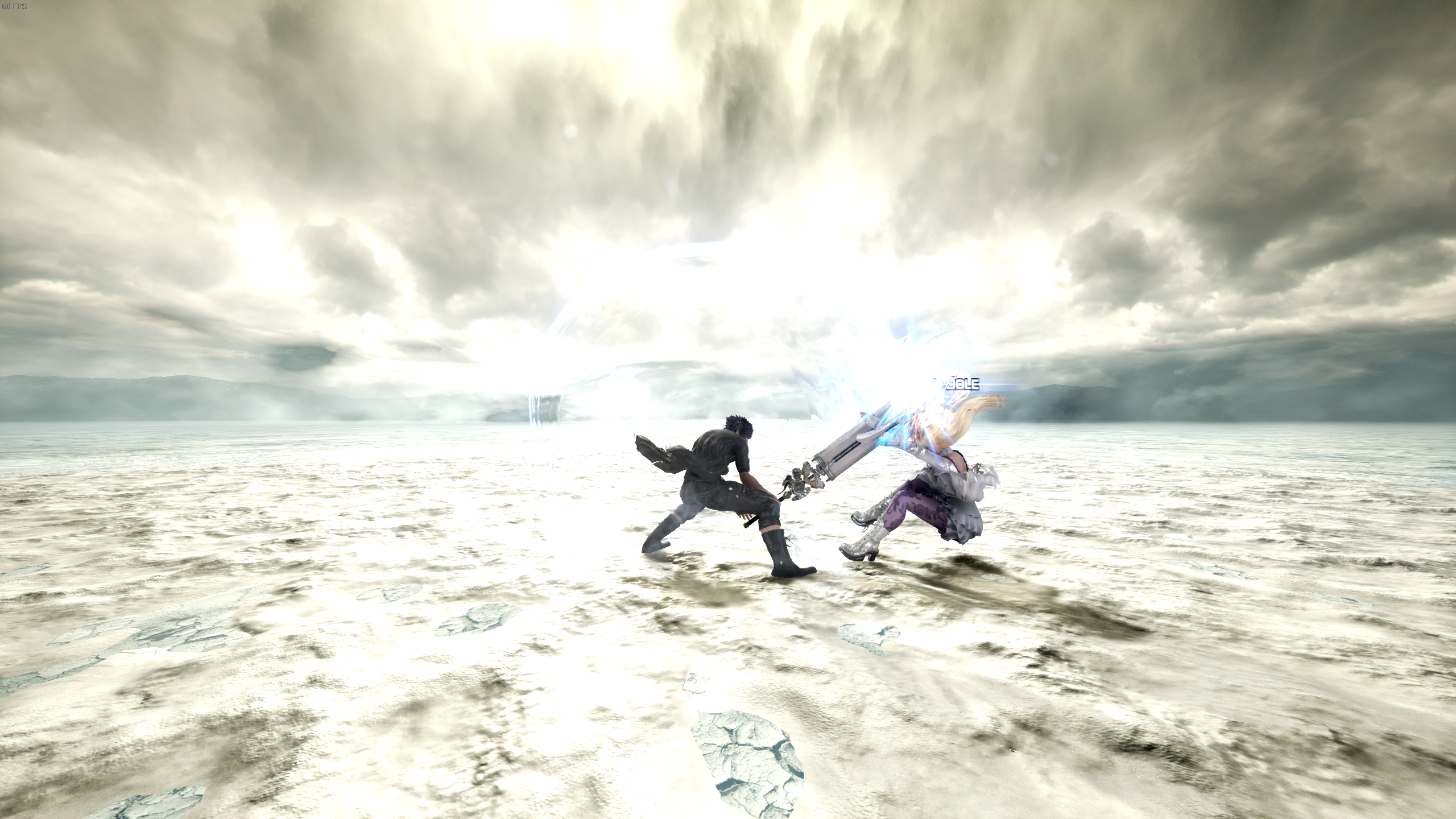 Talking about changing visuals, try infinite utopia. We all fell in love with the Elysium stage from Soul Calibur 5.

The heavenly art displayed in Elysium was nothing short of a spectacular venue for the most-awaited boss fight.

Replicate that here in Tekken 7 but take it to a whole new level with infinite utopia. The mod brings Elysium with a bit more white light making the stage and the fight breathtaking.

The reflective ground, the cloudy skies, and the never-ending distance will have you give it your all in the fight of a lifetime. 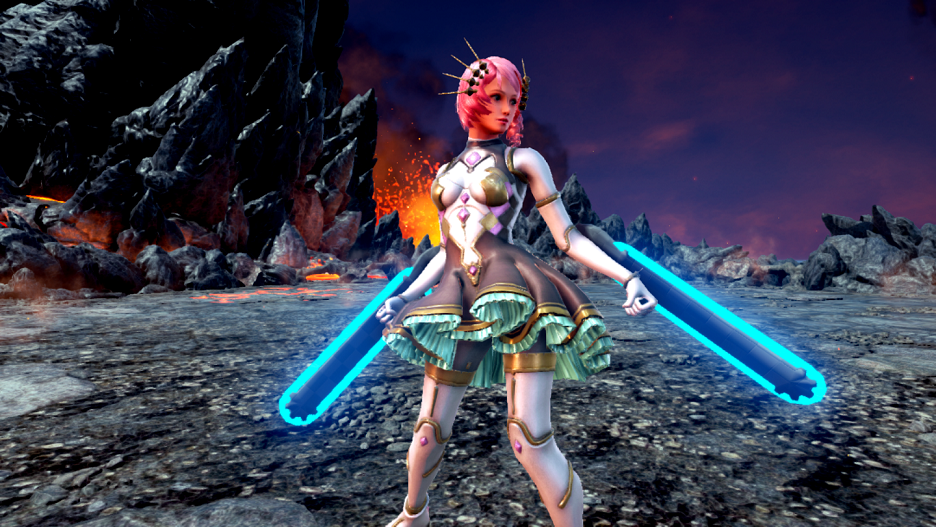 Another Alisa mod? You know where this is going, yes we otakus do have a thing for Alisa and her “innocence.”

If you’re not a huge fan of the lightsabers and would like something more colorful or eye-striking, then get Alisa neon mint mod.

We love the mod not only because it changes the lighting on her chainsaws but also adds neon lights to Alisa’s wings. Alisa, more futuristic and angelic, yes, please! 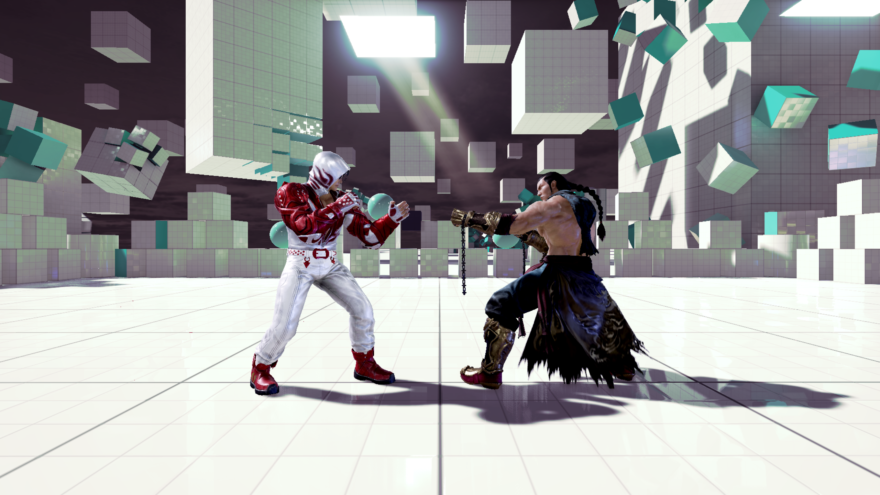 Have you ever witnessed altered lighting before? If you haven’t, we recommend getting a geometric plane mod.

Fight in a space filled with geometric shapes, and the only way you can get out of this hell hole of a stage is to finish the fight as soon as possible.

Bring an element of mystery, confusion, and lighting to your game with geometric plane mod.

Get jungle castle outpost mod. Have your players fight in the middle of the jungle to spice things up.

The mod has 2 variants of the stage, one in day mode and the other one is the jungle in night mode.

The mod is even online friendly, meaning you can play on this stage with other people online. But they won’t be experiencing the jungle-like you would unless they’ve got the mod installed. 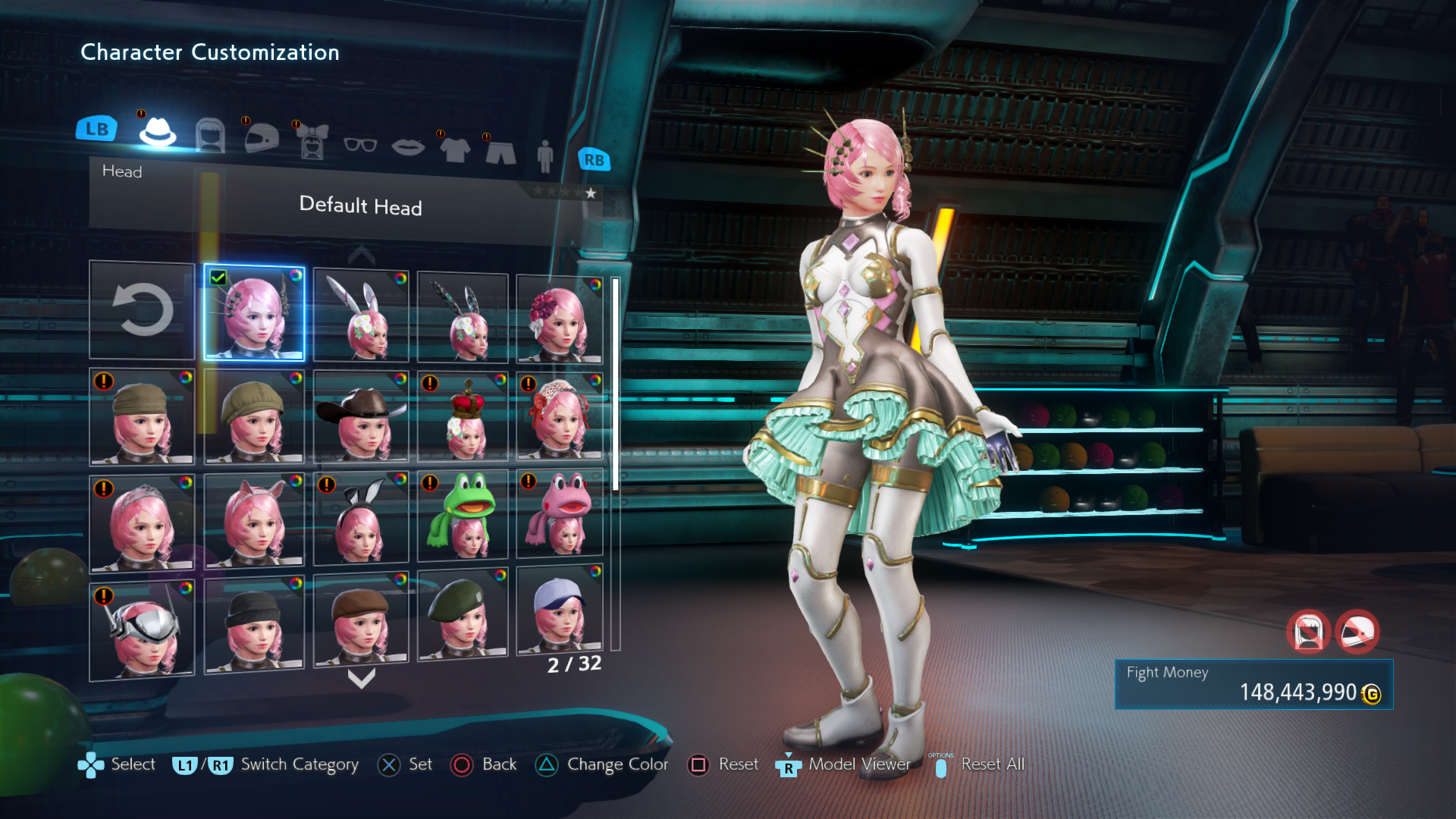 Tired of the same old customization room? Want to revamp the location to make it more fresh and acceptable? Look no further, the bowling room customization mod is perfect for you.

The bowling room is the bowling alley stage stripped from the Tekken bowling DLC.

Change the way your player looks in a bowling arena setting rather than the standard and dull customization room. 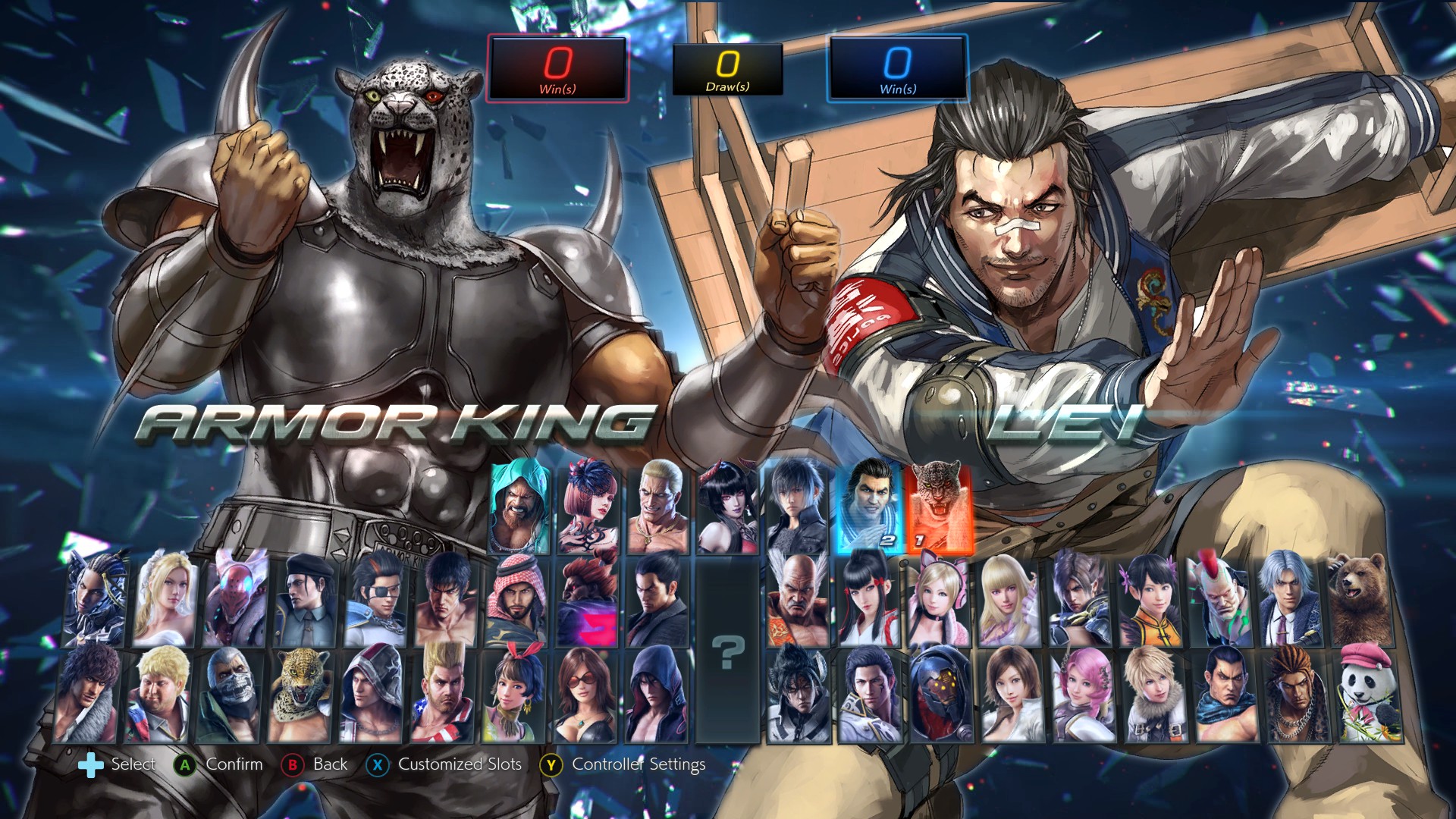 Junny’s artwork changes the character select visuals to a modern anime character making it fun to look at every time you move from one character to another.

*Cough Cough* we mean any character you look at. Fans of Junny’s artwork will appreciate what this mod has to offer. 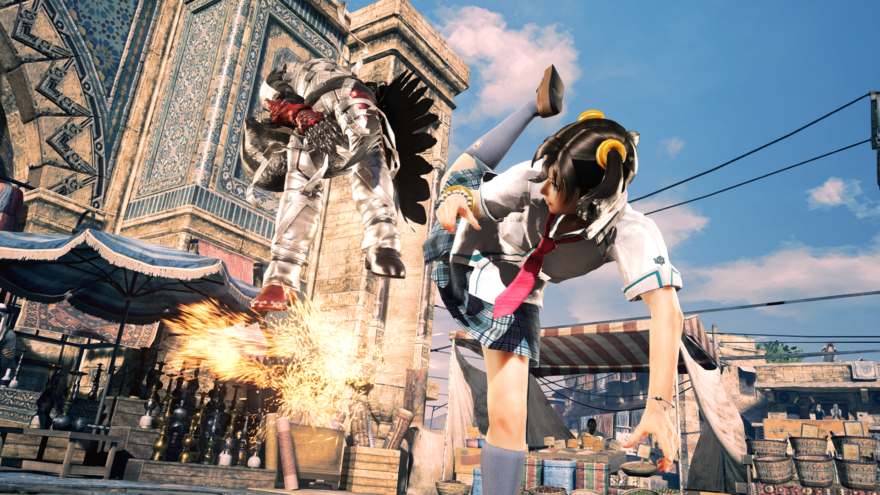 Tekken 7 used to look great with its “realistic” graphics, however, as time progressed and games got better, one can slowly start to pick out the flaws with the game.

Ordinary Tekken reshade preset takes this masterpiece of a combat game and makes it look greater by fixing shadows, lighting, and more.

The mod is definitely very taxing on the system and can lead to throttles if your system isn’t up for it.