Blade and sorcery is a VR gem of a game that delivers much more than what gamers had expected.

The game immerses its audience into a fantasy world with the ability to rip and destroy enemies just like in the old days with a hatchet, mace, or any other medieval device.

Developers and the modding community have completely changed how gamers view the game.

With the mods, the game has become a sensation among players as creativity and imagination brings a whole different experience.

You can add new weapons, interesting maps, voices, and more with the tons of mods available to choose from.

We suggest wearing the VR headset once more, but this time, you’re going to want to be in the game for a tad bit longer. 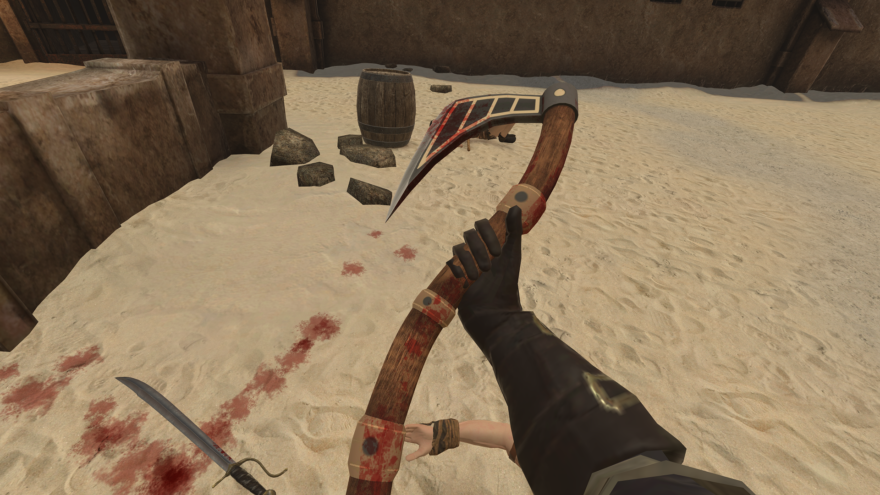 Bowtie modder utilities make modding much easier than before. Players can use this set of modder utilities, and though the console is able to access a few cool features.

Gamers can have collision control, be able to ride spells and kicks button and replace them with other commands, sliding plus feature for smooth sliding of the handles, and many more.

This is a good modder’s utility, to begin with, as it is regularly updated and fixed in case of any bugs. 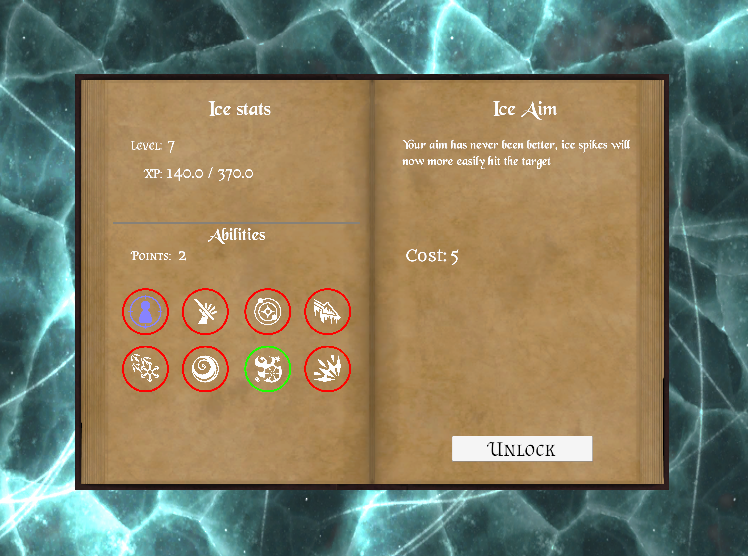 Let’s step it up a notch with the ice spell. Just like the name suggests, an ice spell allows gamers to fire icicles at anyone that comes in their way.

Not only that, but ice spells can also freeze enemies and slow them down, giving you the right speed advantage to eliminate your target.

The sound effects are the extra cherry on top as it makes you feel invincible.

A future update might combine both the spells creating something diabolical.

If you’re into fantasy (we’re sure you are; otherwise, you won’t be here reading this), then you’re absolutely going to love ice spell. It’s a sort of a novelty that doesn’t wear off. 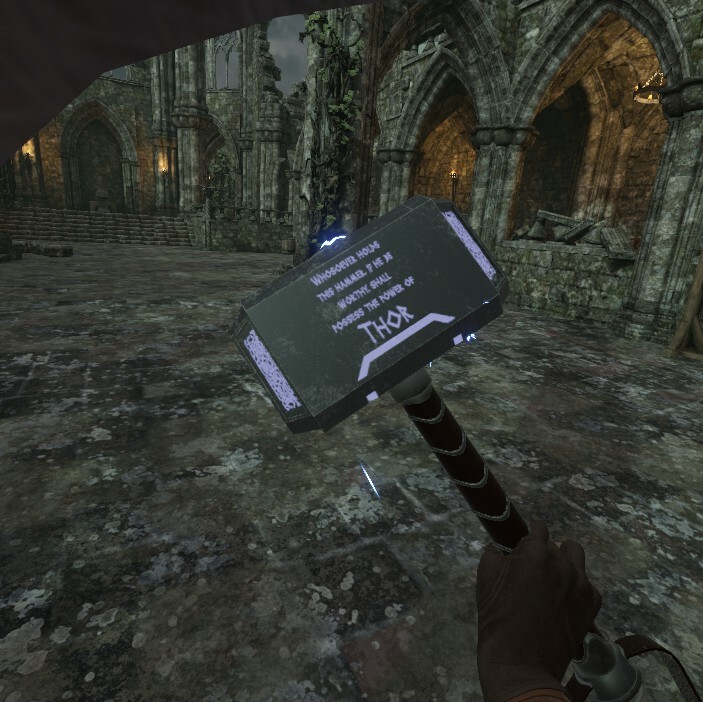 This is definitely a mod to look forward to. Whatever Thor does, you can do it too (In the game, of course). Thor’s hammer not only looks cool but has incredible knockback and damage.

You can wield the weapon high in the air for lighting charges and terrify your opponents or simply call the hammer.

Yes, wherever it is, if you press the trigger, the hammer will make its way to you, just like in the movies. You can even spin the hammer to fly!! 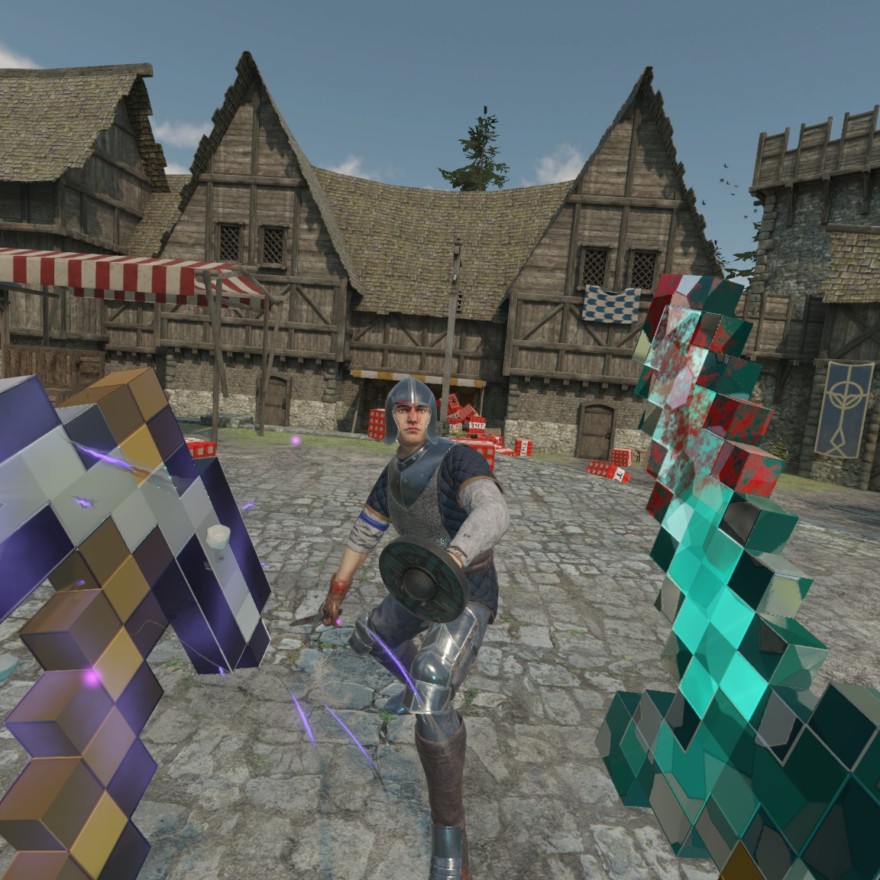 Blade and sorcery cater to all sorts of people. If you’re walking through the world and get the urge to murder people with Minecraft tools, mine and sorcery, now you can.

Select any of the iconic weapons wielded by players and skeletons in Minecraft, like the Minecraft bow, torches, arrow, and many more.

The mod includes pickaxes that allow players to climb stone wall surfaces while potions can be used to increase combat or health capabilities. 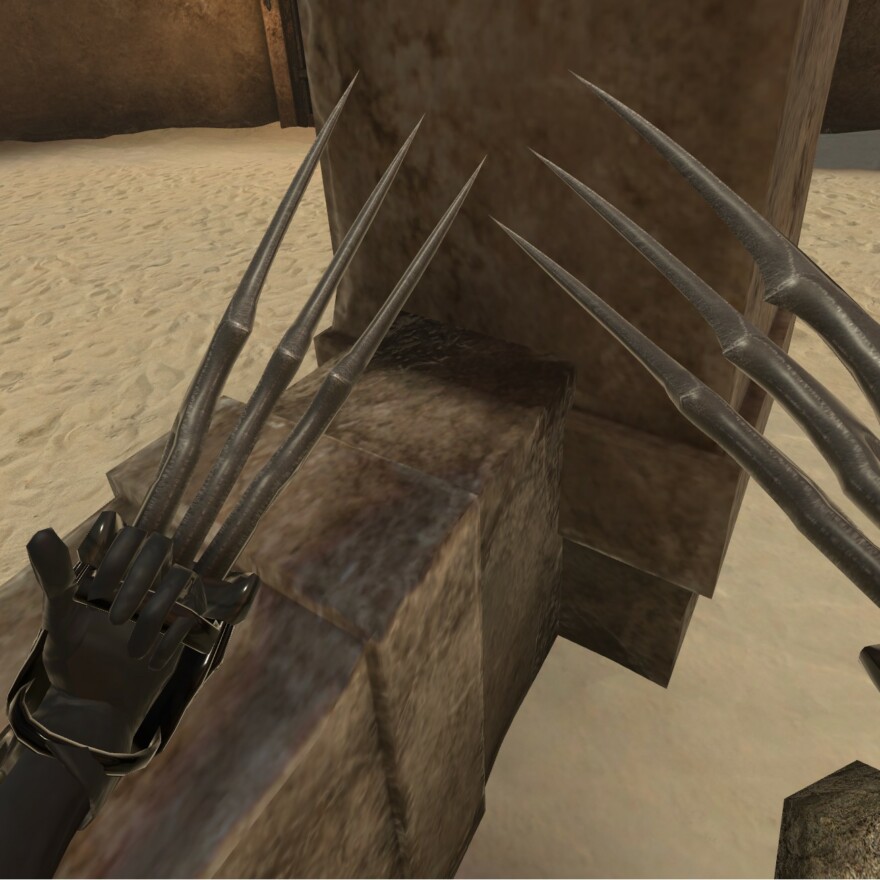 Everybody wanted to be like wolverine. Gone are the roleplaying days where you jumped from one couch to the other, acting as if you had claws that came out whenever you desired.

With retractable claws mod, you can do just that in blade and sorcery, and that’s as close to being like a wolverine as anything else.

Slice and pierce your enemies, shredding their bodies and their will to fight. Let them quake in their boots while you make your way with those claws out.

The katana has a nice metallic shine, and perhaps you might even see a glint of evil in your eye through the shining katana as you pierce your opponents.

The handle also has blunt damage if you’re into that sort of a thing. 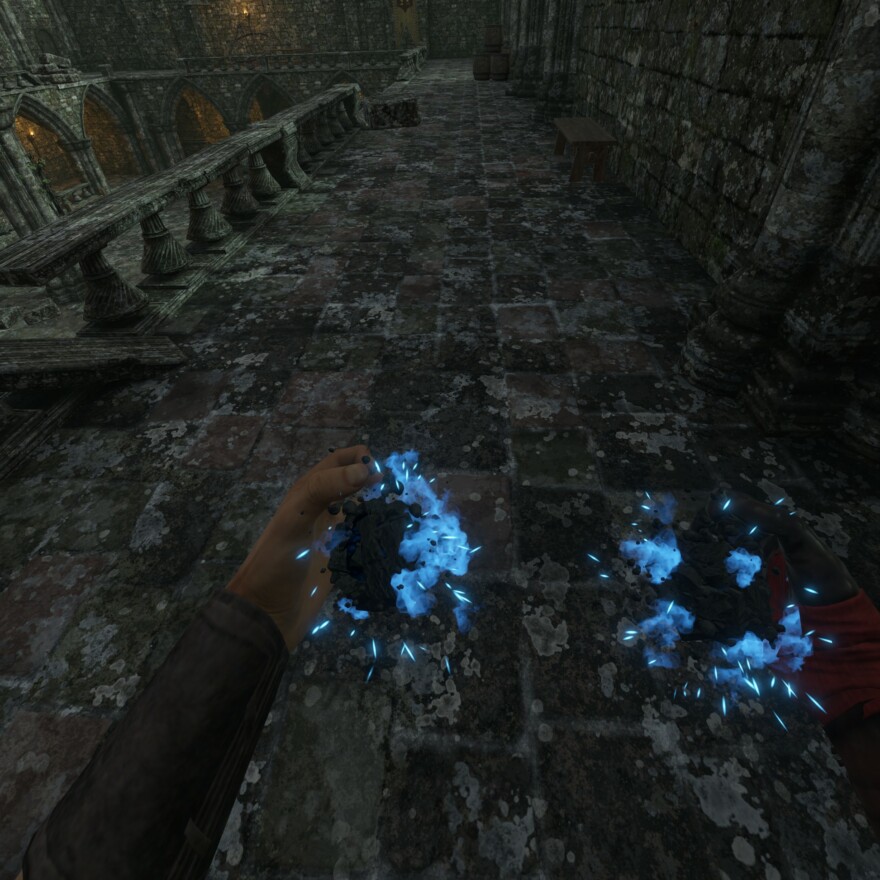 This game definitely makes your dream come true… well, at least in the virtual world. With earthbending, feel like Ang from the avatar.

Become the Earth Bender that you always wanted to, now make gestures and see how it crushes your enemies.

Nobody would dare come in your way as you bask in the glory of Earth Bending. Launch rocks at your enemies, shatter the ground, spawn in walls, and any other thing you could think of! Be able to create powerful combos and feel invincible. 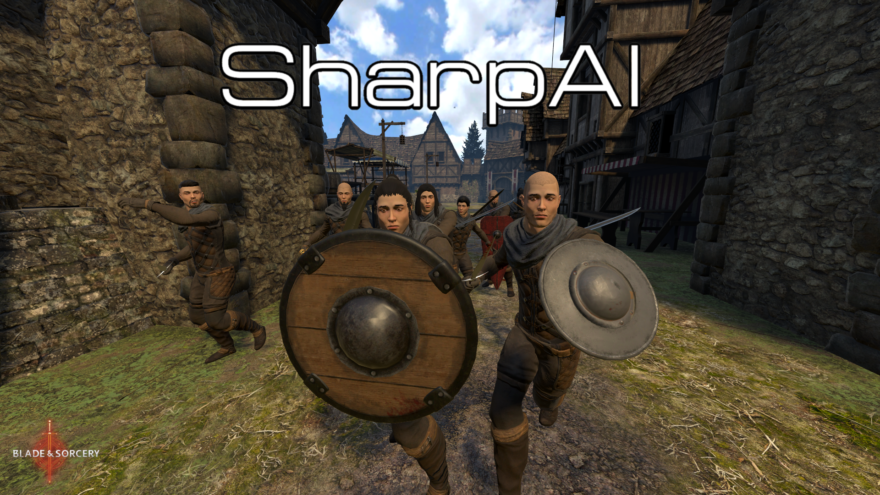 Looking for a challenge but blade and sorcery not challenging enough for you? Sharp AI is just the mod for you. It enables nonplayable characters to move fast, attack fast, and even counterattack.

It changes the behavior and attacking patterns of NPC, which will more than surprise you.

The NPC world is completely changed with this mod as they now even have reactions linked to your actions, making them a more intelligent species of NPC. 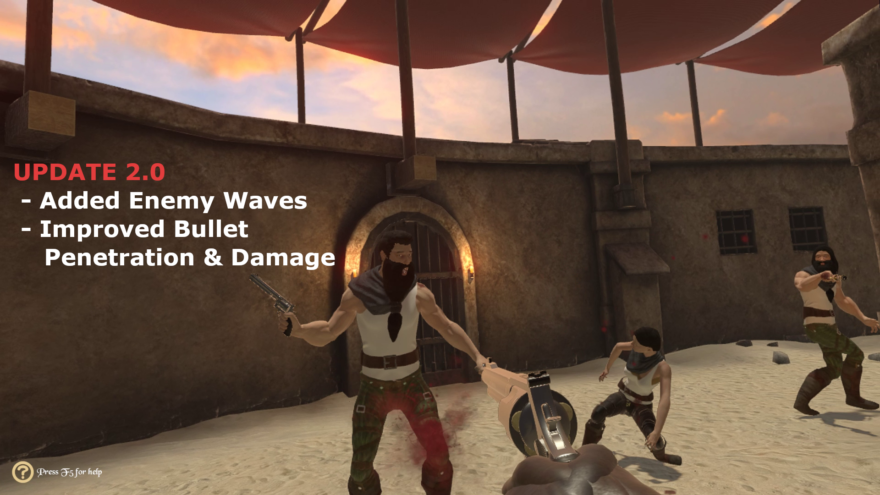 Blade and sorcery and pistols? What? Yes, with the fisher’s pistols pack, you can have pistols in the game alongside medieval weaponry.

Each pistol is different from the other, with animations and sounds that you thought you wouldn’t get a chance to hear in blade and sorcery.

Be warned, not only are you equipped with advanced weaponry but so are the NPCs if you turn this mod on.

But then again, it’s worth fighting enemies with pistols. Blunt damage can even knock down enemies. 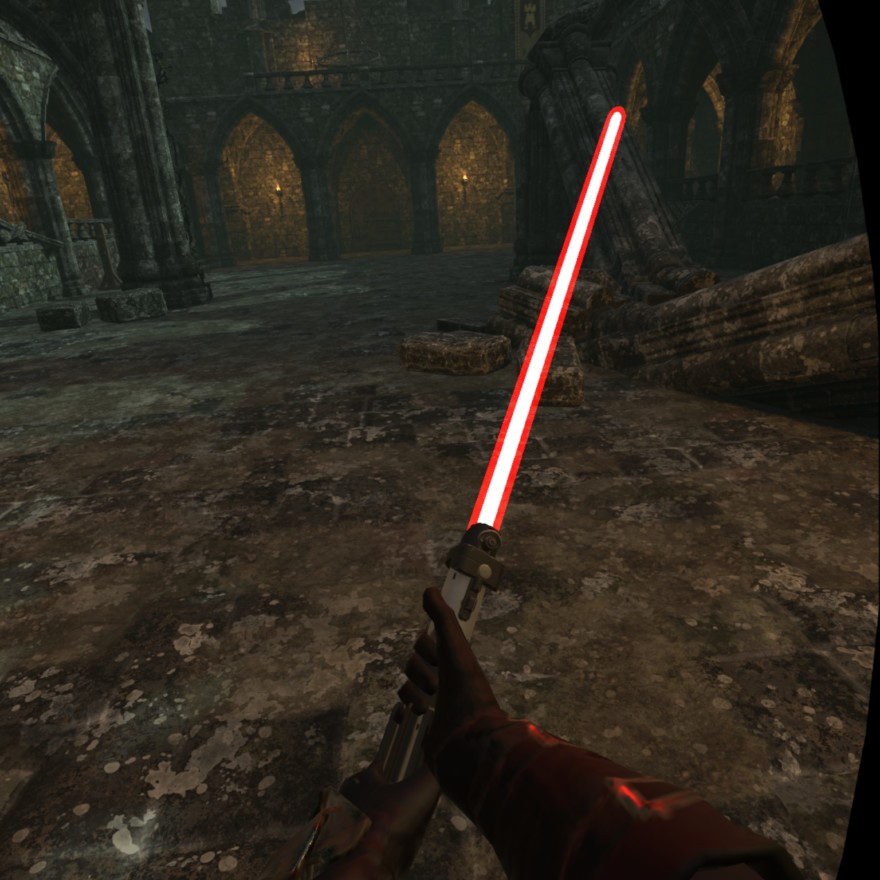 Yasss!! The NPCs ain’t got anything on Darth Vader’s lightsabers. Swing the lightsaber and relive your childhood moments.

Attack enemies dealing damage with a lightsaber and enjoy the trails left behind as you swish your way through enemies.

The best thing about the lightsabers is that you can turn them on and off. But we’re not going to tell you how to do that. It’s a nice discovery, so we will let you figure it out. 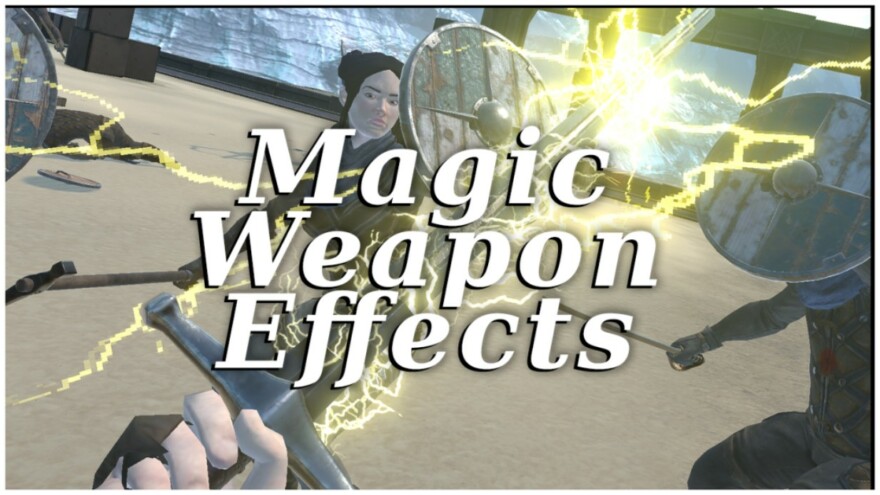 If you’re into customization, then the magic weapon effects will provide a whole different gaming experience when playing blade and sorcery.

The mod allows for 16 custom weapon effects that gamers can add to their wielding weapon.

The animations and sound effects alone make it a unique mod. Have explosions come out of your sword as you strike your weapon in anger on those who challenge your authority.

Shoot fire or freeze your opponents as you fly across the map dominating NPCs along the way.

The Iron Man Gauntlets is exactly what you had imagined, iron man in the movies.

Shoot beams of light from your hands and fly wherever you want.

The thrust is adjustable through the trigger allowing for control while there are four different modes that gamers can choose from; fly, repulsor, pistol, and spike. 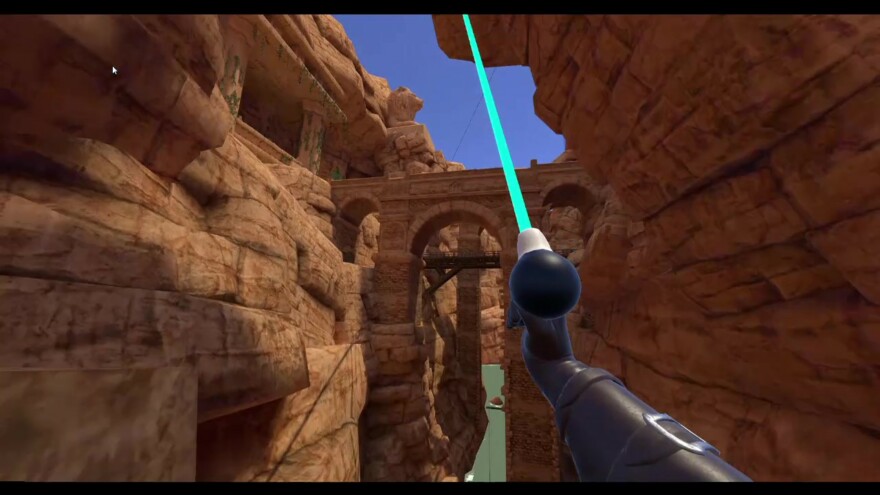 If spiderman can swing across New York City in the movies, then so can you in the game. Well, not technically like spiderman, but perhaps better?

The bond wire is a grappling gun that allows gamers to create a bond with an object and use it to swing across places.

You can latch onto ceilings, mountains, and more with the bond wire.

Be prepared to hit walls, unlike peter parker, and you might even have to face motion sickness. But roleplaying your childhood superhero is worth all this. 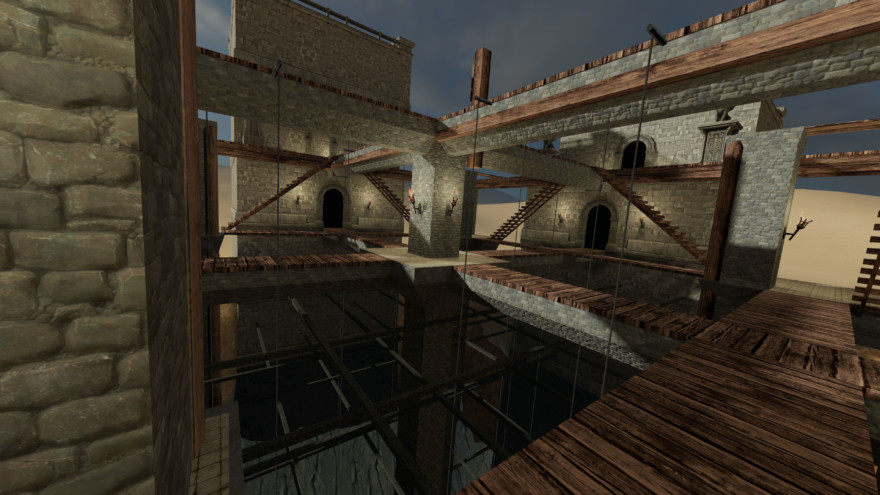 As all mod articles go, we can’t go without mentioning either appearance altering mods or custom map mods.

The death pit fortress is a challenging custom map that makes you more panicked than ready for a fight.

The map is filled with a series of narrow walkways with pitfalls that will take you to your death upon a slight slip.

Be sure to use your brain while standing in this challenging fortress. You might be standing now, but will you be the last person standing? 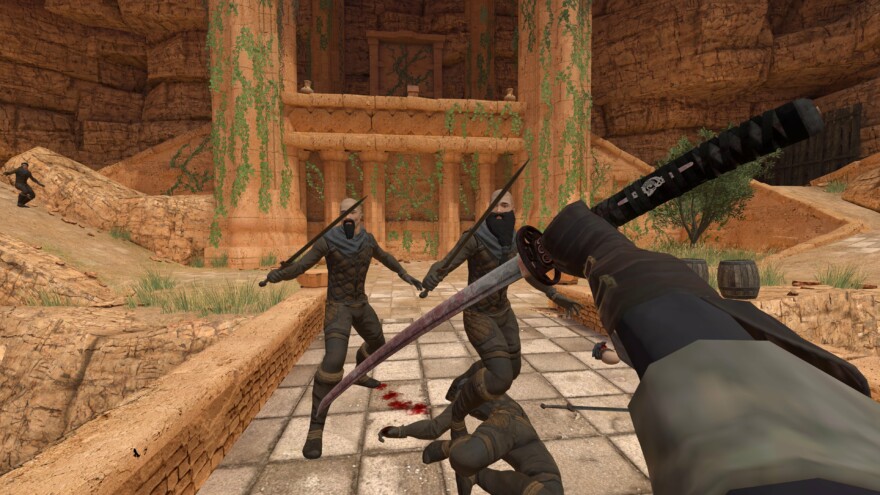 Skyrim is considered to be the most sought out fantasy game ever created, and it’s only fair that as much as the game is created, gamers get the opportunity to recreate its weapons in other games.

With the bickle’s skyrim weapons mod, you can do just that.

The mod has 11 weapons from Skyrim, including the Celtic Katana, the bastard, Daedric sword, and more.

It’s even textured in HD so that it doesn’t feel like the weapons are out of place. This makes it look even more amazing in VR. 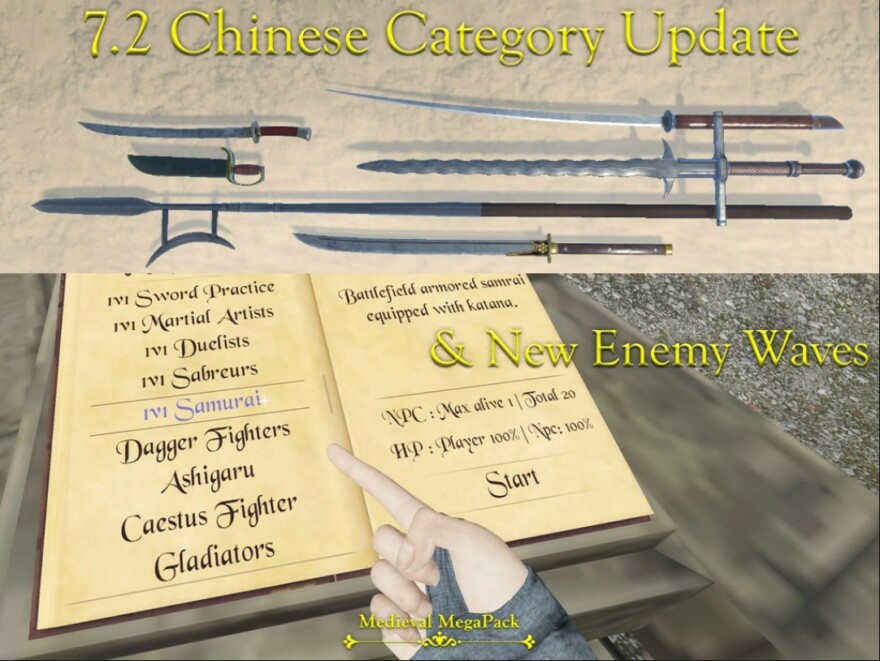 Well, you can, and with medieval megapack, you can expand your arsenal of weapons by more than 90 new weapons, shields, and more.

The megapacks bring a bit of variety to the game for those not looking to ruin the vanilla experience of the game.

There are some cool new inventive weapons that might look like they’re from the old age, but maybe they’re not. 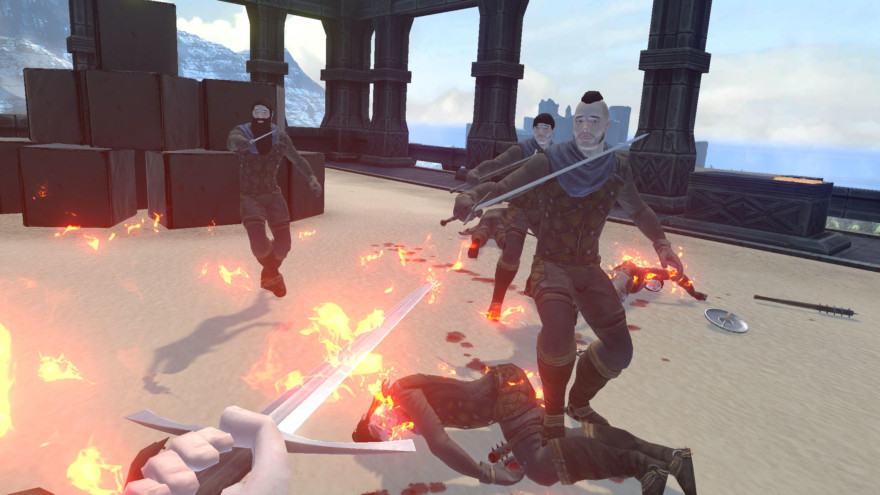 We’ve already covered different weapons packs, but this one easily takes the cake. Mythical weapon pack lets you experience blade and sorcery like never before with new visual and sound effects.

It has 20 different mythical weapons, each with a mind of its own. The pack is filled with fun discoveries that will keep you entertained for hours.

The visuals are high quality and match the game’s graphics ensuring that the immersion of blade and sorcery VR is not lost.

Some of the weaponry found in this mod are soul fire, moonshear, goddess of the moon, and many more. 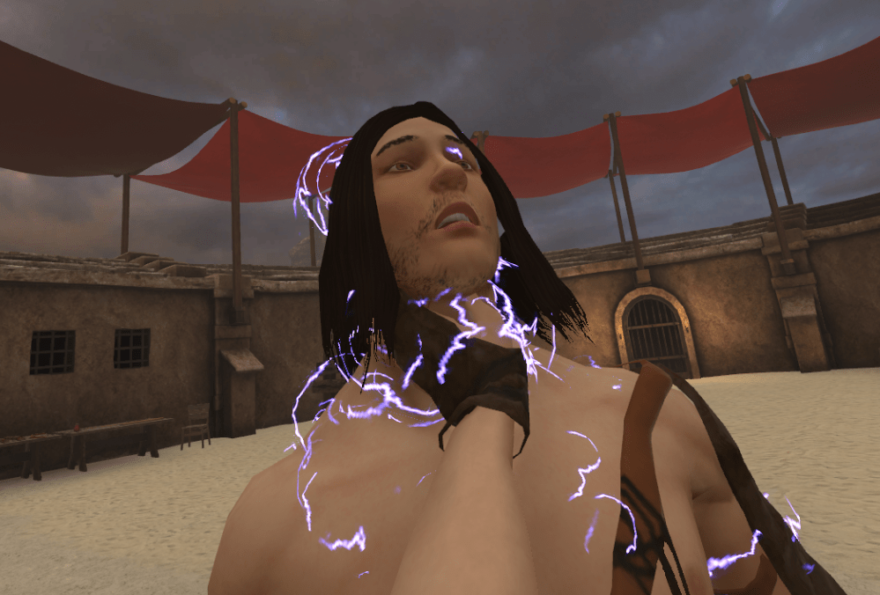 If you’re not a big fan of the iron man but prefer the antagonist, Ivan Vankor, then the electrical mod will make you feel ecstatic.

You can charge lightning bolts to your enemies and levitate from the ground as you wreak havoc on those that look at you with fight in their eyes.

If you’re in the mood for spreading terror, walk up to your enemy and grab them by the neck, electrifying their brains out.

Yes, be the Ivan Vankor that you always wanted to be. 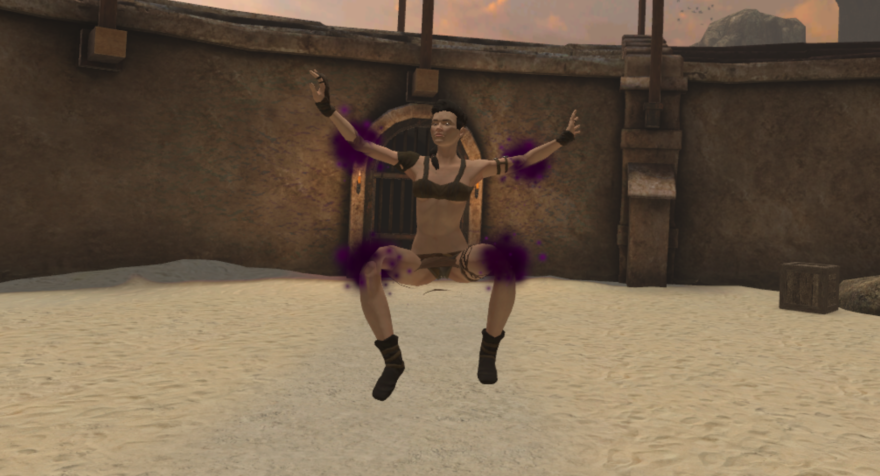 Blade and sorcery has such great mechanics that developers and the community has been able to provide everything to the fan of the game.

Nobody thought that telekinesis would be possible in the game, but with dark chains, it is.

Gamers can force choke NPCs and even crush their necks by simply gesturing their hands.

Lift up your enemies and bring them to the ground. Use your imagination or let it run wild. 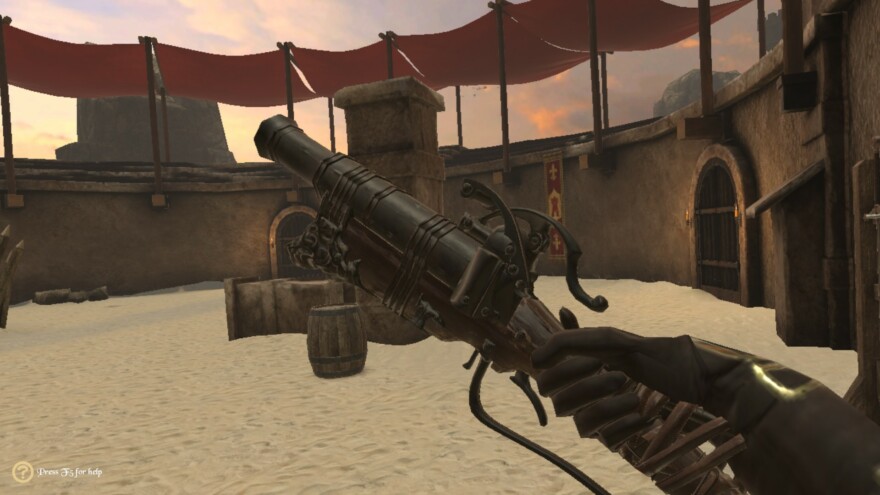 To recreate these weapons in blade and sorcery is beyond imagination and to recreate its functionalities is mind-blowing, but bloodborne trick weapons surpass all expectations.

Now use bloodborne weapons as they were intended to be used in blade and sorcery.

Pull back on the hammer to activate the furnace within, or turn the whirligig saw on hacking your enemies to death. Switch up blade and sorcery gaming to a whole new level. 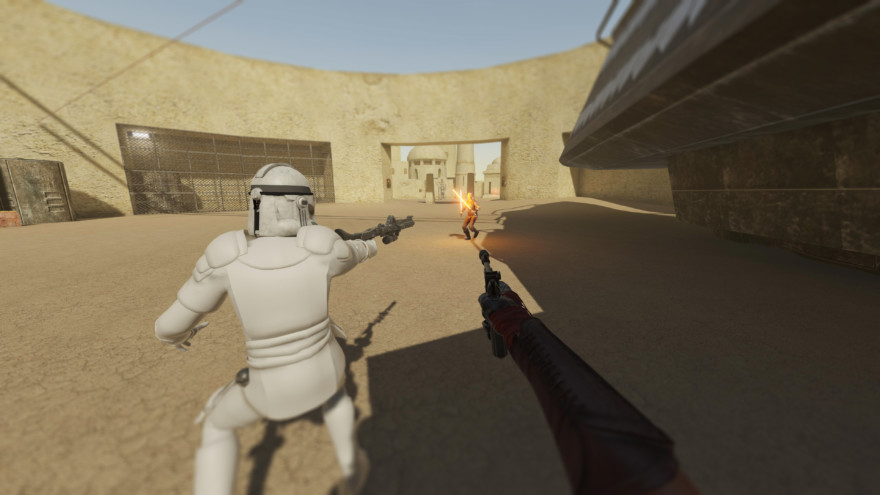 Turn the game up into a complete Star Wars experience.

The outer rim is a complete Star Wars pack that includes custom maps, lightsabers, and weapons from the star wars series.

The mod is updated regularly with new maps and weapons, expanding on its vanilla offerings.

If you’ve ever wondered how Star Wars is in VR, then it doesn’t get any better than this.