The world has seen the success of the game Diablo and what it has achieved. However, it has also seen a horde of repetitive Diablo clones that are mediocre at best.

Developers of the game took feedback from gamers, fans, and critics, creating an ARPG masterpiece that will be remembered for years to come.

Grim dawn might be the best Diablo clone out there (If that’s how you want to put it), but you can make it even better with our list of top 21 best grim dawn mods. Have a look at our picks for the coolest mods below. 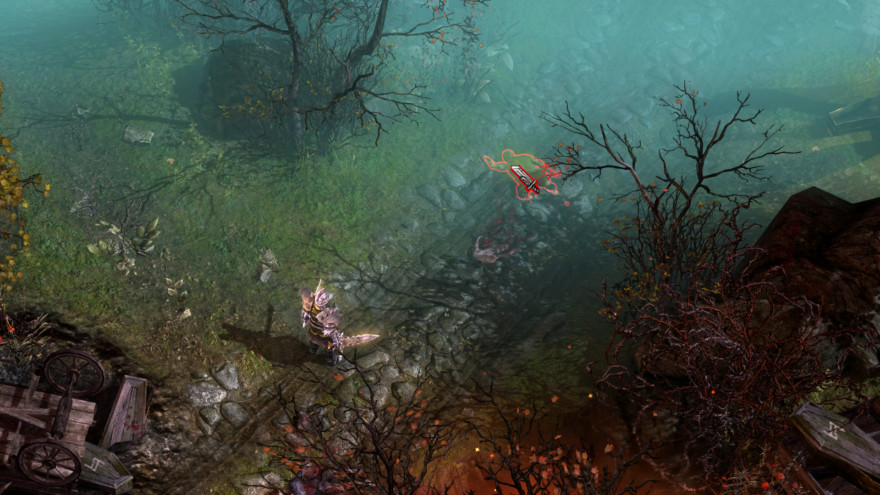 Don’t you just hate it when you’re at the game for hours with a barely visible cursor? What’s with the small cursors anyway?

We know it’s less obstructive and looks neat, but why is everyone hopping on the small cursor hype train?

Many mods for different games have started featuring smaller cursors. Although it may improve the gaming experience for many, however, if you’re playing for long hours, it can definitely put a strain on your eyes.

Larger cursors are the perfect mod to keep you going for longer gaming marathons as it increases the size of the cursor from 32×32 to 64×64. That’s double the default!! 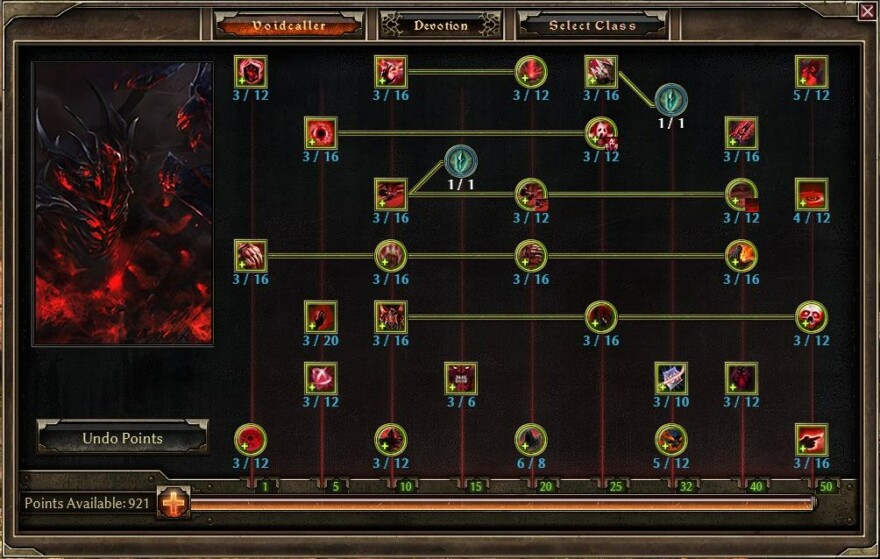 Tired of the same gaming experience while playing grim dawn? Want to spice things up and bring something new? Cataclysm is just the right thing for you.

The mod adds 8 new classes with 6 different and new vanilla classes. Gamers are able to experience whole new gameplay that’s not present with the original version of the game.

The mod allows gamers to combine classes to create something new like Druid with Voidcaller to control an army of creatures.

Ah, the classic smash n grab. No, we’re not referencing president (former) trump here. Sometimes leveling up in the game can take a lot of effort and time. This is why we recommend smash n grab to all those players looking to expedite the leveling process.

Smash n grab makes leveling up easier on grim dawn as players are now required to have fewer experience points to level up.

Gamers can also expect quick drop rates when it comes to epic or legendary items. Just the type of mod to impress your unaware friends.

Grim dawn reborn is another gem of a mod waiting to be discovered by many. It is somewhat similar to cataclysm as it provides a completely different yet unique gameplay experience.

The mod allows gamers to merge classes and have new skills that are currently not present in the original game file.

There are new skills like leap slams, volcanoes, cyclones, and more. Not only can players expect new skills but also visual effects that go along with it.

Players need to use their gaming intuition to be able to enjoy the mod to its fullest. 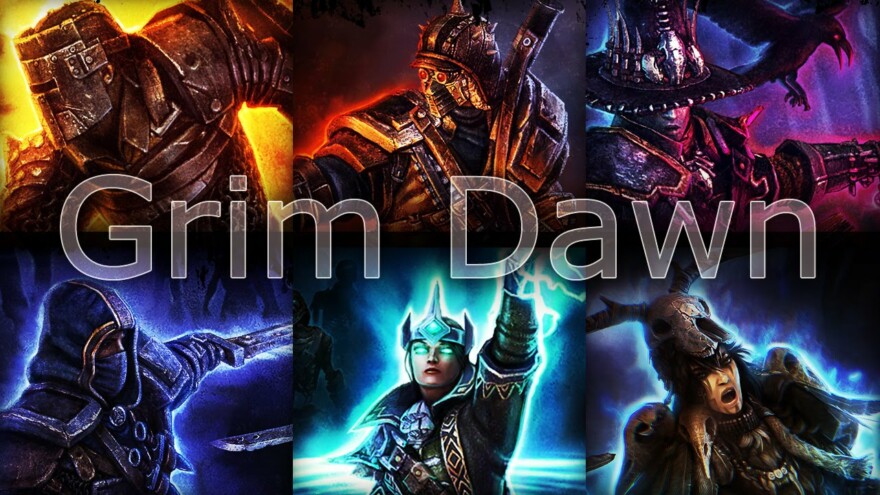 This does exactly what it says. Faster loot is the quickest way to increase the drop rate for legendary and epic items.

With the latest update, the chance of getting a rare item has been increased from 6% to 20%, making it easier for players to get unique items and improve their character.

Although 20% might not be enough for many, trust us, it’s a huge boost from what the current game offers right now.

Faster loot is a simple mod for those that simply want a faster loot rather than other perks along with it like weak enemies, buffed characters, and more. 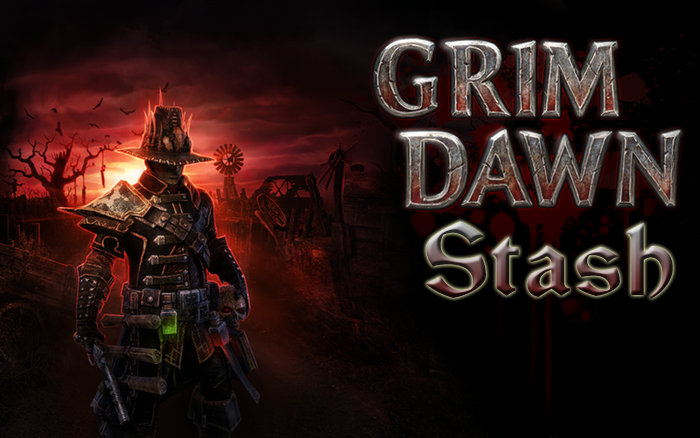 Feel constricted by the limited stash one can keep with themselves in the game? We’ve got you covered with GD Stash.

This mod allows gamers to store all their stash off game in a database enabling users to have unlimited stored items. Players can view the stash, transfer items, import or export, and be able to custom craft items.

That’s pretty dope, considering you’re picking up all the items along the way in the game without any worry of filling your stash. 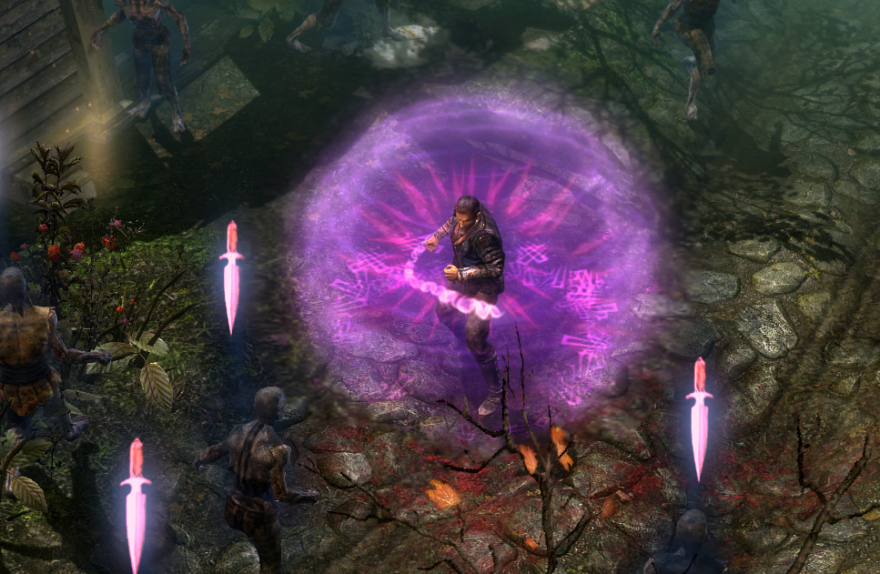 Darkest dawn takes your favorite game, grim dawn, and takes it to a whole new level.

The mod adds finer details to things that made the game more intriguing and fun to play. So, what does it offer?

Existing classes are upgraded while 2 new classes are added with more than 31 new skills. The mod even has new rare and legendary items.

You can see that the mod has a lot of attention given to it as custom art and animations are used to ensure nothing feels off or wonky when playing. 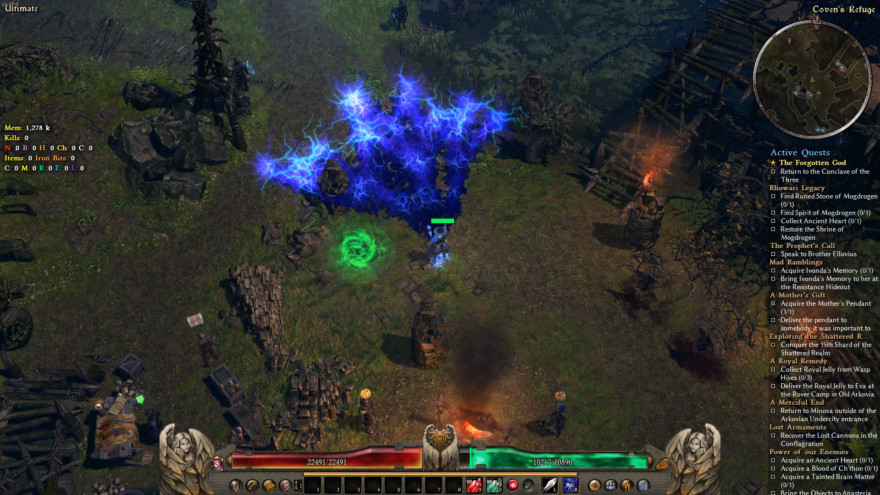 Some mods change a character or buff, while others influence the environment. Grim Legion does everything.

The mod is responsible for changing everything completely or making improvements. The base game that you’re used to is no more with Grim Legion.

With this mod, maximum levels have been increased to 100, damage has been modified to being 20% less, shops sell oil with increased inventory, attribute points have been changed, and many more.

Grim Legion makes the game challenging and new at the same time as players used to the current game will have a different gaming experience. 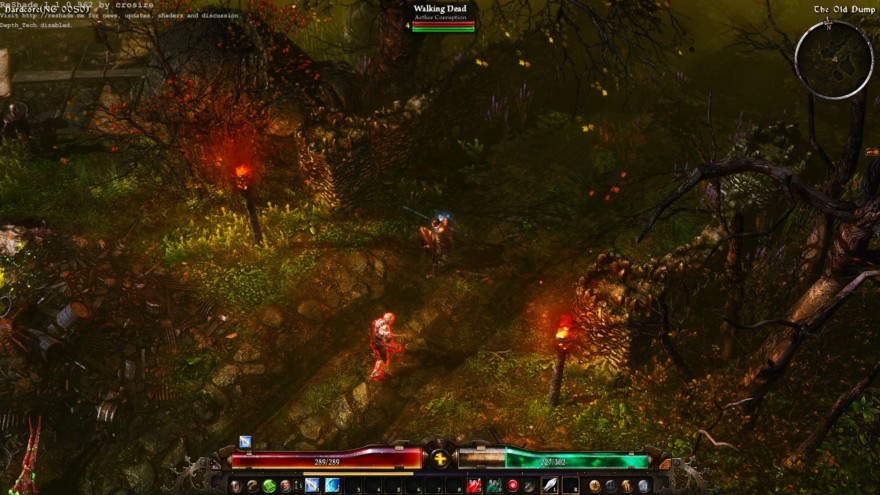 Why do we all love playing Diablo 3? Because of the graphics!

Diablo 3 is a no-brainer for gamers, and many of us playing grim dawn came to it because they were done playing Diablo 3.

Aetherial Reshade ignites the nostalgic feeling within. It is an excellent tool used to enhance the games aesthetics making it look like you’re playing Diablo 3.

The mod enhances graphical qualities without compromising on performance. It even saturates and sharpens the colors making it aesthetically pleasing. 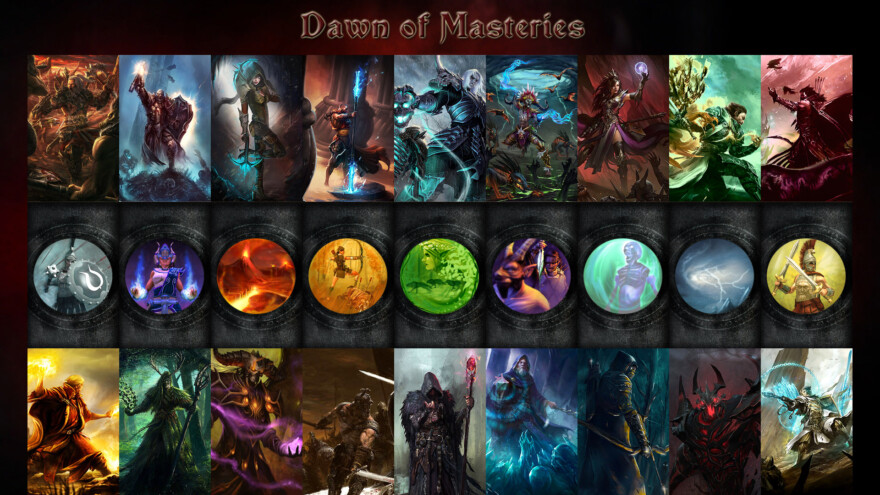 There are so many mods out there that it becomes frustrating choosing the best one out of it. What if we were to say you can have multiple mods in a single mod. Modception? Yes!

Dawn of masteries incorporates several mods together, ensuring everything needed by gamers is in one place.

Cataclysm, Diablo 2, Diablo 3, Wings, Hairstylist, Grimmest FG, Grim Quest, and many more are added in this single mod, making it easier for gamers and also enjoyable at the same time.

You are able to save time while you’re gaming, how about that? 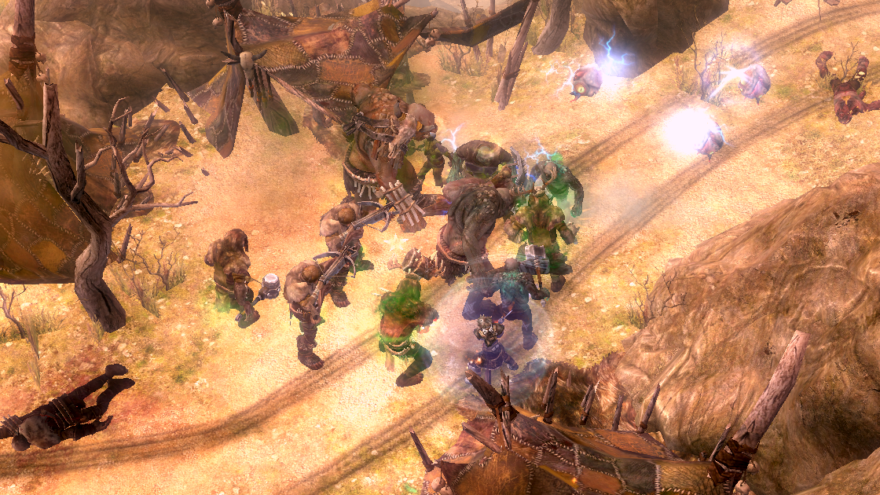 Yes, we were also expecting something along the lines of Japanese girl cosmetic mods, but that’s not the case.

Well, it’s completely the opposite. Nomads Nothing Naughty is the mods for you if you want more action and less talking.

The mod allows gamers to spawn more monsters for gore practice and increase skill points and attributes, ensuring fun grim dawn gameplay. However, I don’t think that the game gets easy with this.

If the mod is increasing your skill points and attributes, it balances it out by decreasing the damage output. As the saying goes, there is no such thing as free lunch! 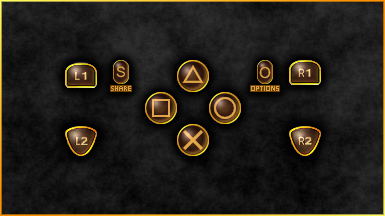 Wouldn’t the game seem a lot easier if one was to use a gamepad? If only there was gamepad support with grim dawn. Well, technically, there is.

With PlayStation Button Prompts, you can do just that. The mod makes the game even more enjoyable, allowing gamers to play using a gamepad instead of a mouse and keyboard.

We know keyboard warriors will be fuming at this, but it’s what the public wants; easy controls. Remember how Witcher gets complicated with all the commands using a keyboard and a mouse?

Well, that’s why many of us play it using a gamepad. You don’t need to tell anyone about it, though. 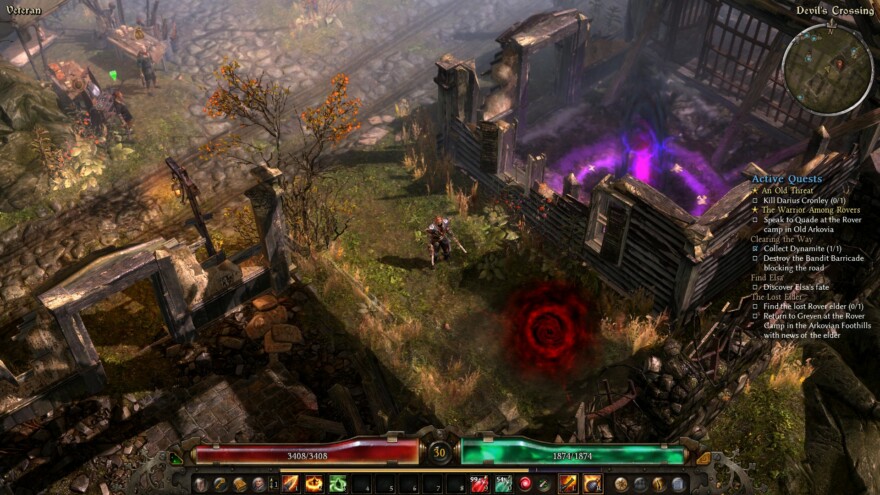 This next entry definitely has a broader scope when it comes to changing gameplay experiences. Most of the mods focus on leveling up or increasing drops, buffs, and more. But what about the smaller things that one doesn’t notice but can make a huge difference.

Introducing Not So Grim.

This mod brings in cool features that make the game a bit easier, such as picking up items automatically, bounties unlocked, coronus mastery, a new vending area, and many more!

You can even buy new difficulties at vendors. Talk about convenience!

What’s better than the path of exile? Path of grim dawn!

Grim dawn is known to be a bit slow when compared to games of a similar genre. Speed it up with a path of grim dawn.

Now you can unleash ground slam crushing your enemies or freezing them with herald of ice. Experience something different with the path of grim dawn. 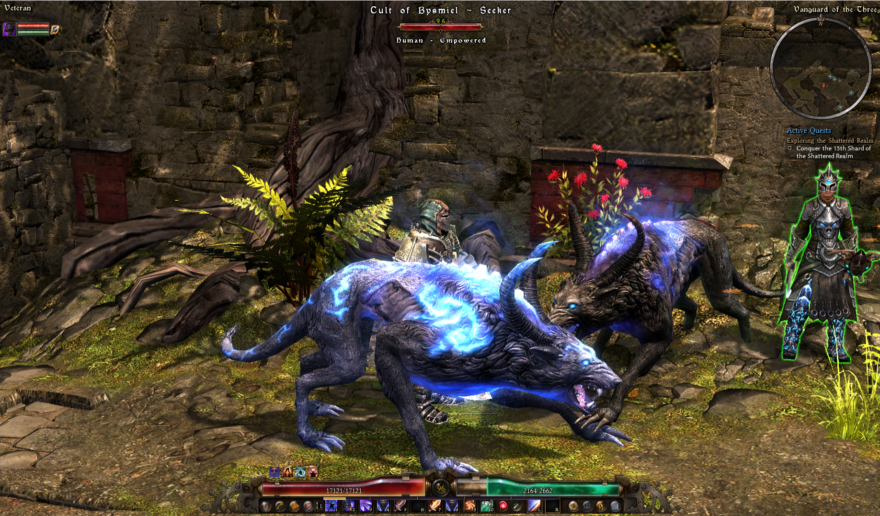 So, what do you do when you’ve completed the game, gotten all the items, mastered all skills, and gone on countless adventures? Well, it’s simple. Turn the game into another game using the grim truce mod.

Yes, you heard us right.

The mod changes the combat and skill system to work like Dark Souls. The mod’s best thing is that it has an over-the-shoulder view rather than from the top.

One more thing, you’ll lose all your experience points upon dying, which we assume will happen a lot.

What has your teacher taught you about the rules? That they’re not meant to be broken, right? Wrong!

With legendary cap remover, you can break the rules without any consequences. The mod is a collection of rules changing mods.

Players can hunt for unique items, set champion spawn rate extremely high, have a higher zoom on the camera, and have increased attack range. Crush champions, fly like the wind, or simply enjoy the scenery. No rules mean more fun.

Camera controls can make a huge difference in the gaming experience. However, grim dawn has restrictive camera movements, which can get annoying at times.

With grimcam, you can easily enjoy a different view. Instead of just rotating the camera to the left and right, the mod allows gamers to move the camera up and down as well.

We know it isn’t much, but even the smallest things can make a huge difference. 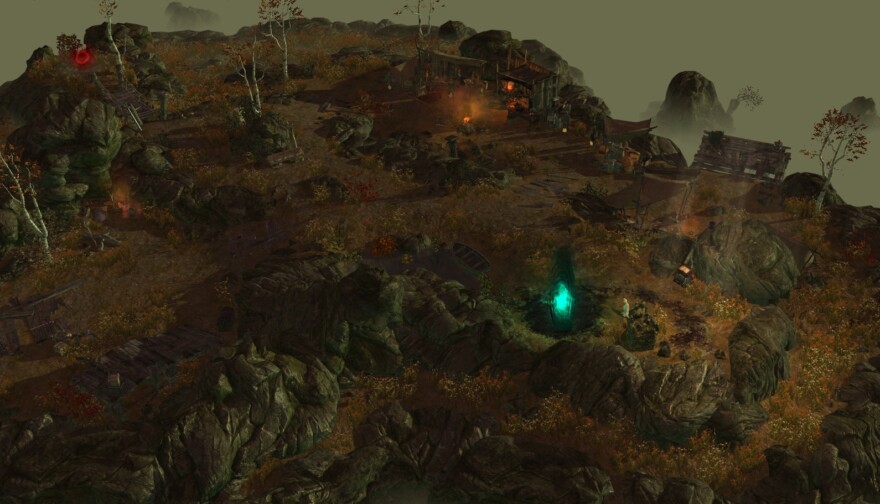 You’ve finished the game but are still not satisfied and want to play more. What do you do? Get Nydiamar.

The mod is a stand-alone campaign that offers gamers over 7 hours of exciting new gameplay.

Players can explore more than 20 new environments and also get to try out new puzzles and mechanics. Everything is a lot faster than the vanilla game, with more new quests and mouthwatering bounties.

Currently, the mod is being updated with new things added to it every now and then, keeping things fresh. 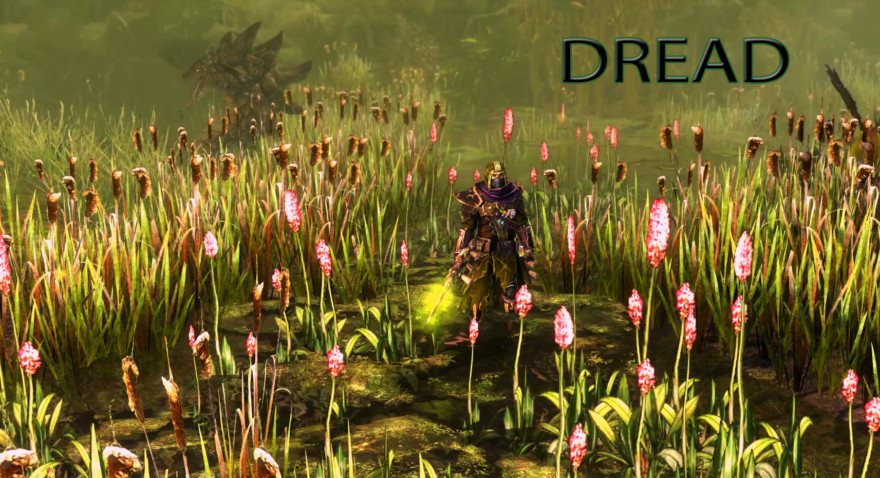 How about making things a tad bit challenging? Download dread now if you’re up for challenges. The mod reduces the number of enemies in the game; however, it adds tougher monsters.

Monsters that pass the “How tough are you?” salty spittoon challenge from SpongeBob SquarePants. Yes, they’re mean, they’re tough, and they’re out there to get you.

Players can expect losing experience points upon dying; however, attributes are no longer required to equip gear. Players also have a lower healing rate and reduced attack speed.

Gamers are at the game for hours to collect rare and legendary items to show off to their other gamer friends.

However, most of us, when playing the game, miss out on legendary drops. Not anymore. With legendary drop sound, the game will make a sound every time a rare or legendary item gets dropped.

You get two different sounds with this mod, one for when legendary items drop while the other is for when epic items drop. 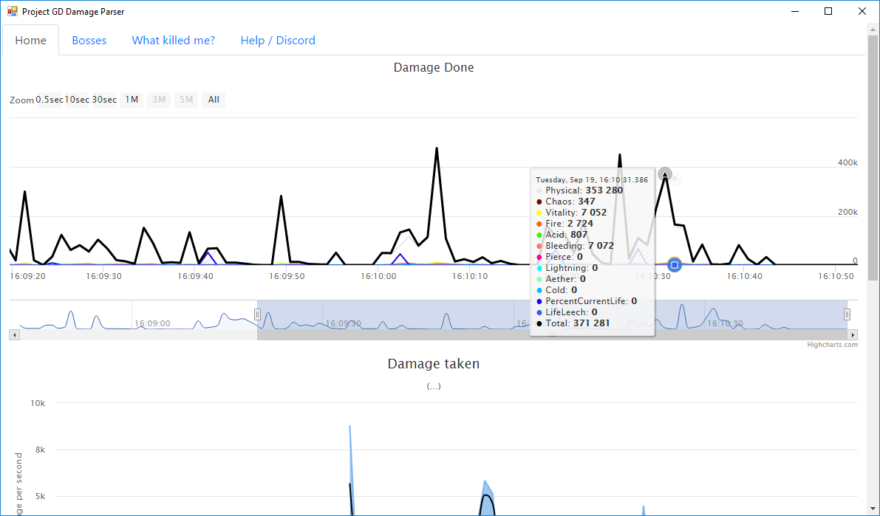 Since we’re a page catering to gaming nerds, Grim damage had to be there on our list of top 21 best grim dawn mods.

This mod aims at all those number fanatics that like to analyze things and make decisions. Gamers can see who or what killed them, how much damage was dealt with each blow, what type of damage was sustained, and more.

Stats and analytics might just give you an edge over other players. So, hurry up and get your excel sheet going.