When DOOM was released in 1993, it was hailed as a breakthrough in video game design.

Featuring cutting-edge graphics and fast-paced action, the game was a marked departure from the slower, more strategic games that had come before.

But it was DOOM’s innovative gameplay that really set it apart. The game’s focus on speed and aggression revolutionized first-person shooters, and its use of bloody violence made it a cult classic.

In the years since its release, DOOM has been widely imitated but never surpassed.

It remains one of the most influential games ever made, and its impact can still be felt in today’s shooter market. Now, there’s DOOM Eternal.

Doom Eternal is a wild and fun game that will keep you entertained for hours on end.

The fast-paced action and intense combat are a joy to behold, and the game’s many secrets and Easter eggs are sure to keep you coming back for more.

There’s simply no other game like it. So if you’re looking for a title that will really get your blood pumping, look no further than Doom Eternal. You won’t be disappointed.

If you’re looking for ways to make DOOM Eternal even more metal, look no further than our list of mods.

There’s something for everyone. Looking to add a bit of challenge to your game? Or maybe you want to give yourself an edge with some cheats?

Whatever you’re looking for, there’s sure to be a DOOM Eternal mod that’s perfect for you. 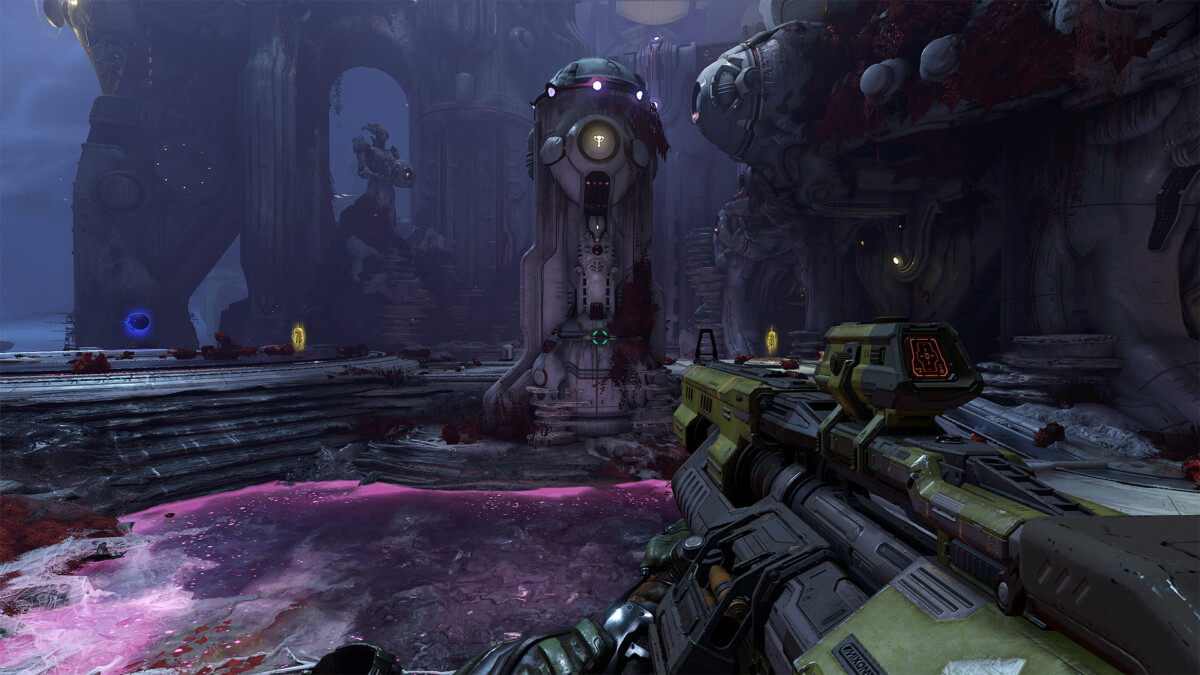 Viewmodel FOV pulls the field of view back so that players can see their weapons better.

DOOM Eternal’s combat is all about making the most of your weapons, and this mod pulls the FOV back so you can see your firearm more clearly.

It may not sound like much, but it makes a big difference in practice. When you can see your weapon more clearly, you can better appreciate the detail that went into its design.

This may seem like a small change, but it makes a big difference in terms of gameplay. In addition, it gives you a better sense of the environment and what is happening around them. 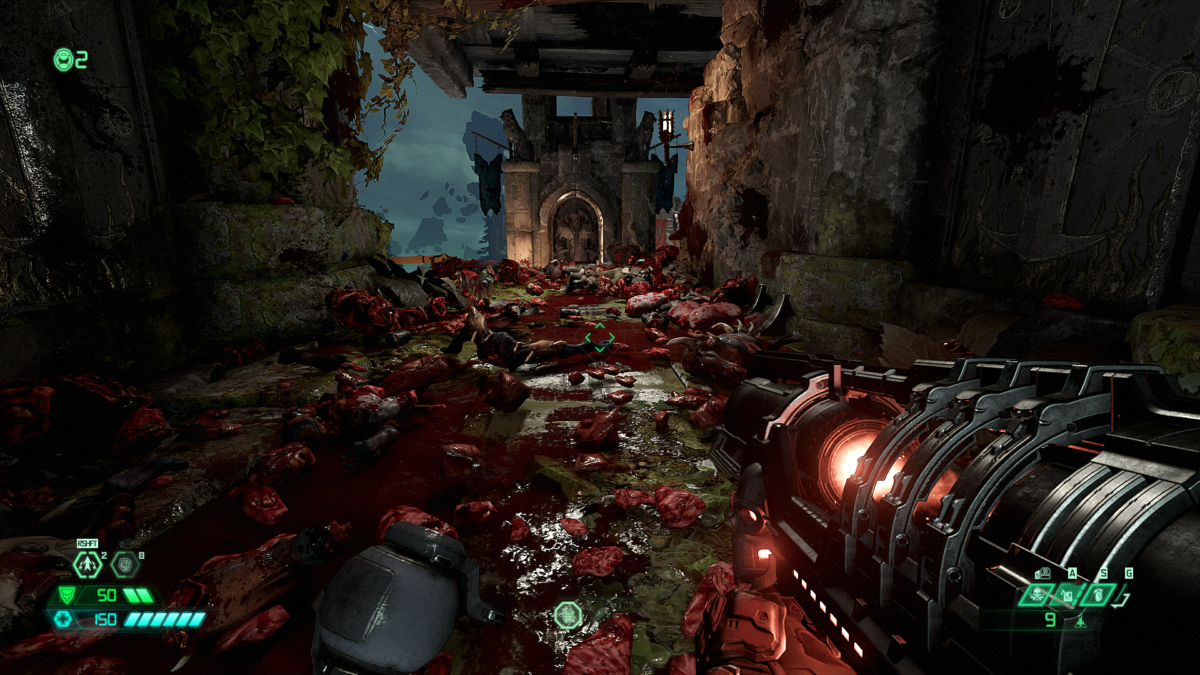 Keep the Dead leaves the visual evidence of your kills on the field longer.

This mod is a simple yet effective change that leaves blood and guts on the ground for longer after you kill an enemy.

It makes a huge difference in the heavy, violent atmosphere of the game. After all, what’s more metal than walking through a bloody battlefield with bits of meat and viscera clinging to your boots?

Plus, it’s just plain satisfying to see your handiwork on display for a bit longer.

It can make the game a bit messier and harder to navigate, but it’s worth it. 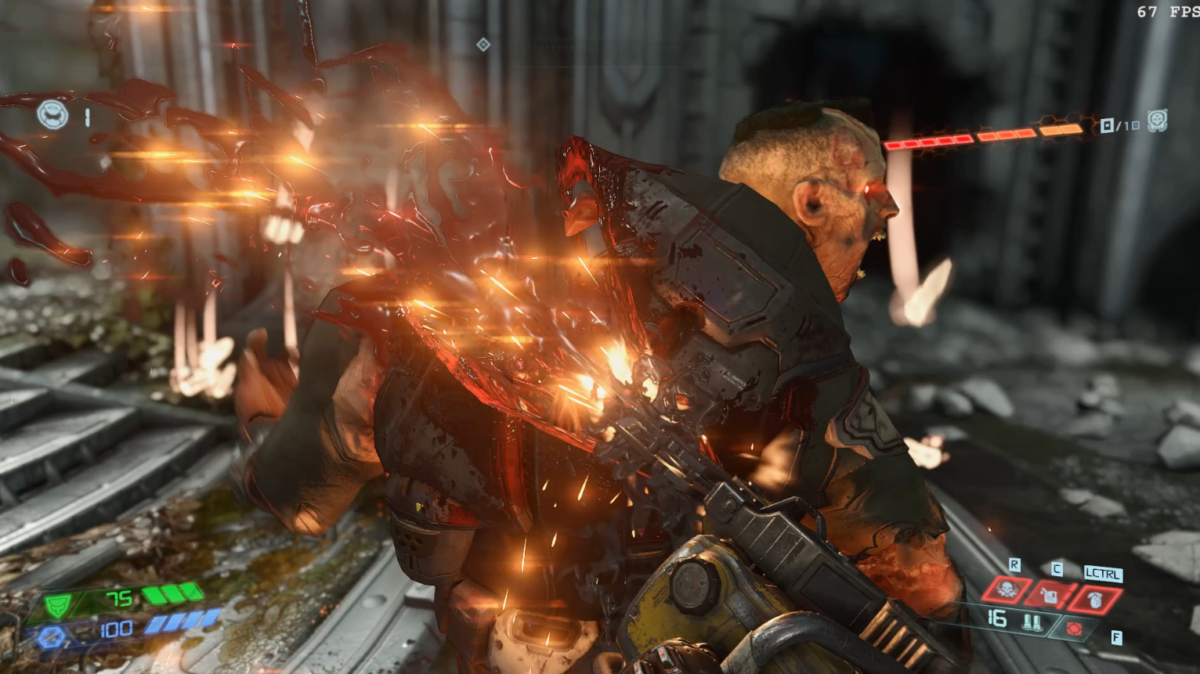 Particles 9000 cranks up the particle effects of DOOM Eternal.

This mod amplifies the visual particle effects for all player weapons and several explosion effects. It multiplies all the particle counts and increases effect duration on a per-weapon basis.

Particle 9000 also increases the light radius of all player weapon lights to make them feel more dynamic and interactive with the environment.

We would highly recommend trying it out if you are looking for a new way to play DOOM Eternal. 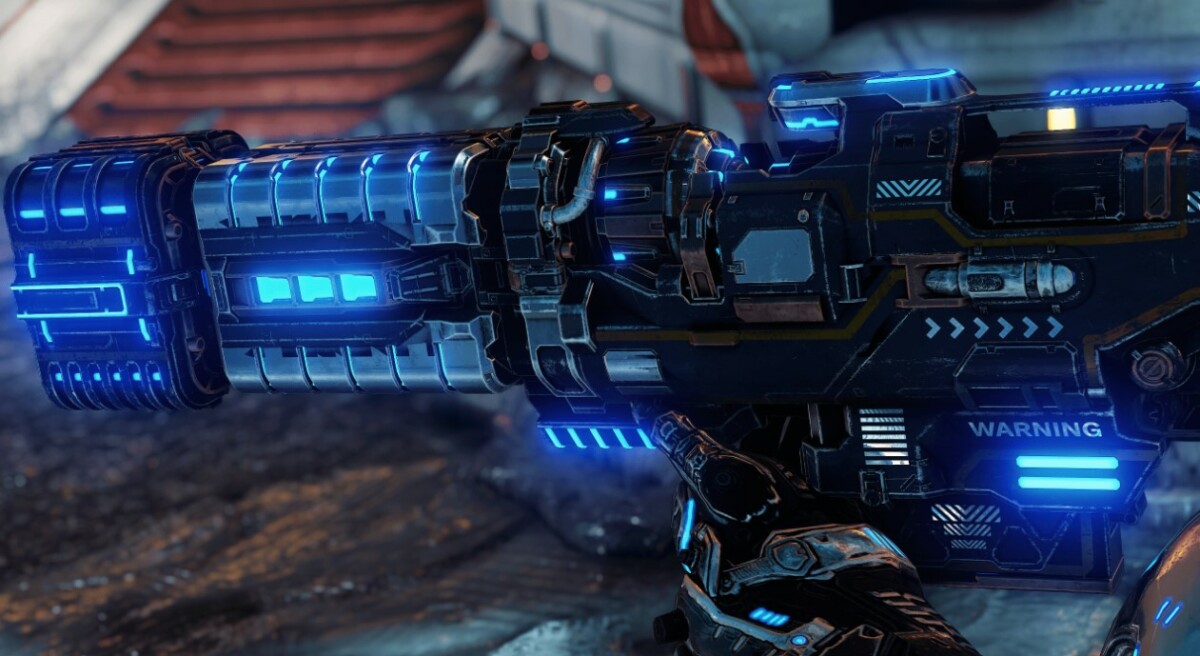 Cyberpunk Weapon Pack is a pack of Cyberpunk-style weapons for the Doom Slayer.

Doom Slayer is already a pretty badass character, but with this mod installed, he looks even more metal.

The Cyberpunk weapon pack for DOOM Eternal includes a bunch of new weapons for the Doom Slayer to use, and they all look awesome.

Inspired by energy swords to laser pistols, there’s something here for everyone.

And best of all, the weapons are fully integrated into the game, so you don’t have to worry about them breaking immersion. 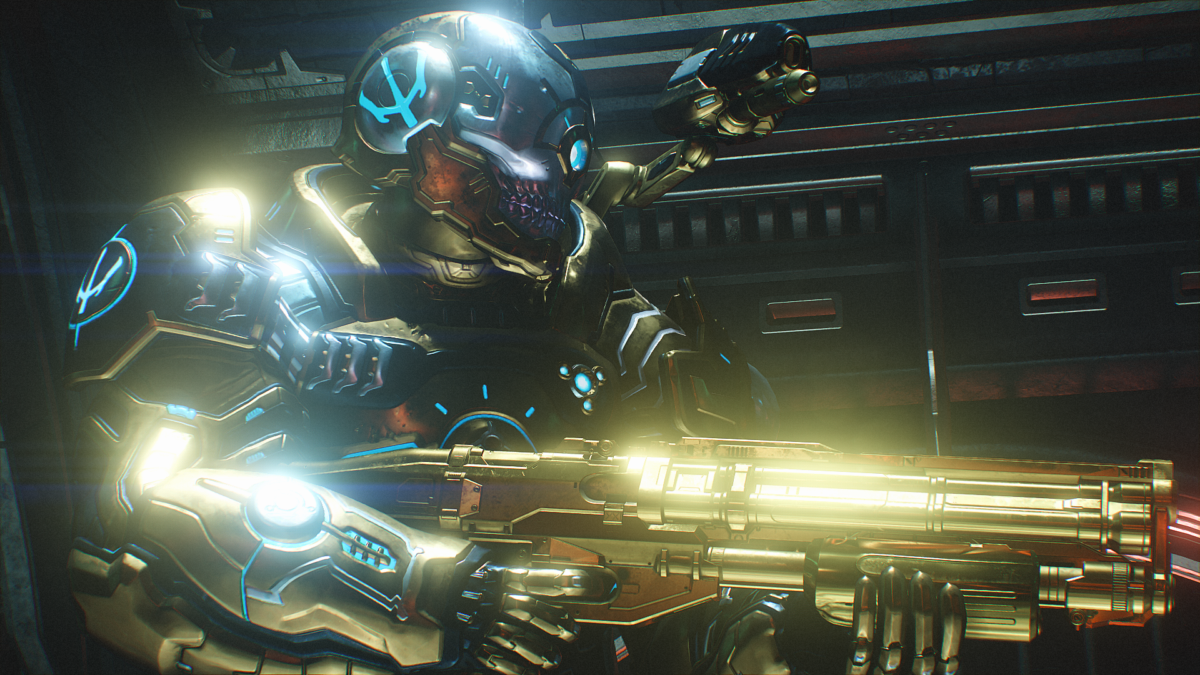 The Cultists’ Gold Weapon Skins is a pack of lux models for several weapons.

Replacing weapons in the game with golden versions makes them look fit for a demon-slaying king. If you’re going to be killing demons, you need to look good doing it.

Not only does this strike fear into the hearts of your enemies, but it also makes you look more impressive and intimidating. 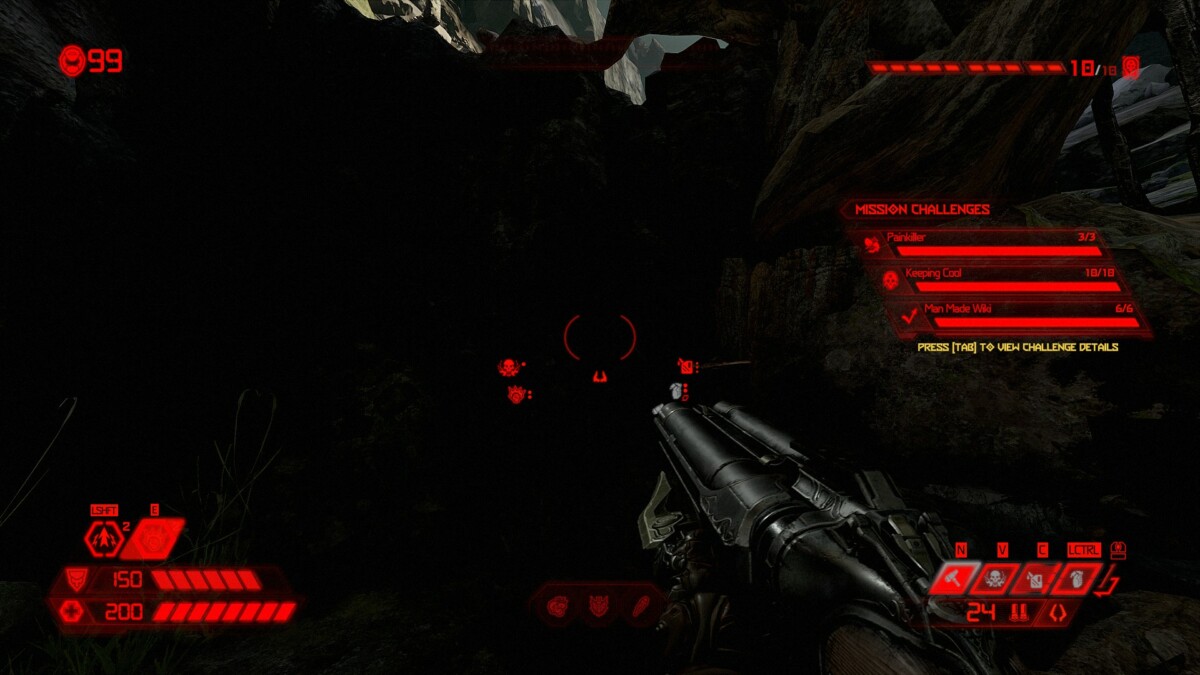 This custom UI color pack for DOOM Eternal changes the game’s potential color palette to a rainbow of hues.

The package includes several different color schemes, each with its own unique flavor.

These are perfect for those who want to add a little extra flair to their DOOM Eternal experience. The pack is available for free on the Nexus Mods website.

We love how this adds a little personality to our game. 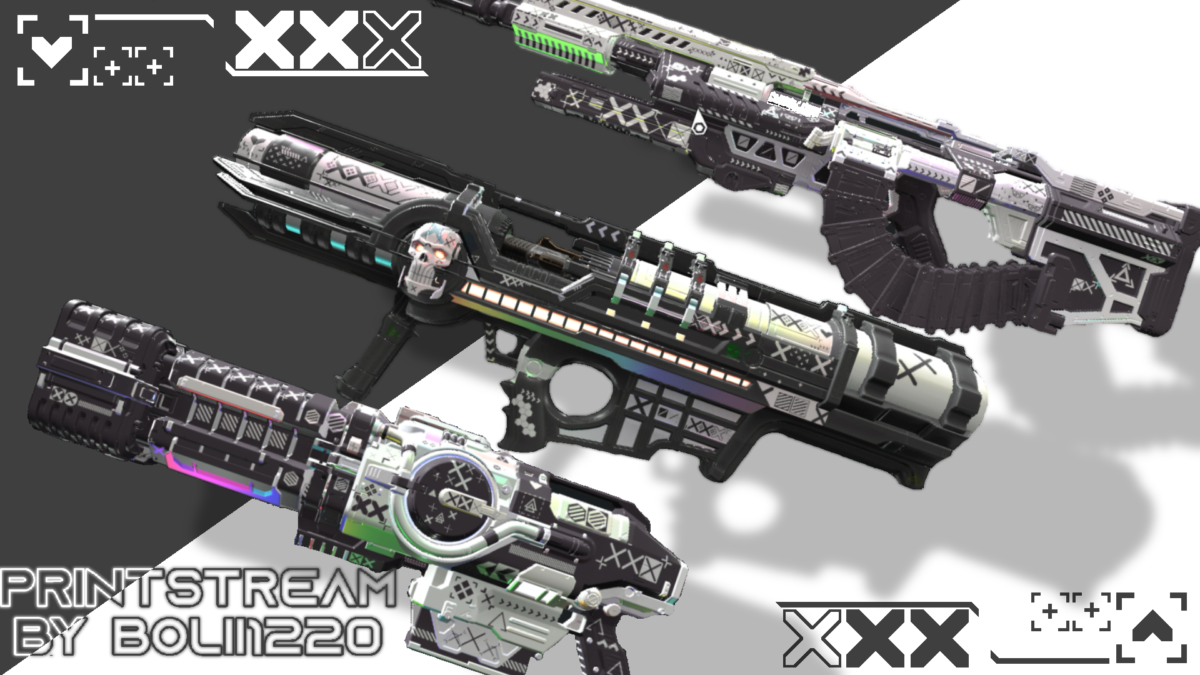 PRINTSTREAM weapon pack contains several new skins for some of the best weapons in DOOM Eternal.

The combat shotgun, super shotgun, rocket launcher, heavy cannon, and plasma rifle are all getting the PAINTSTREAM treatment in this pack.

The skins are brand new designs inspired by CS:GO, which is known for its flashy weaponry.

If you’re looking for a way to add some extra style to your combat arsenal, this is definitely the mod for you. 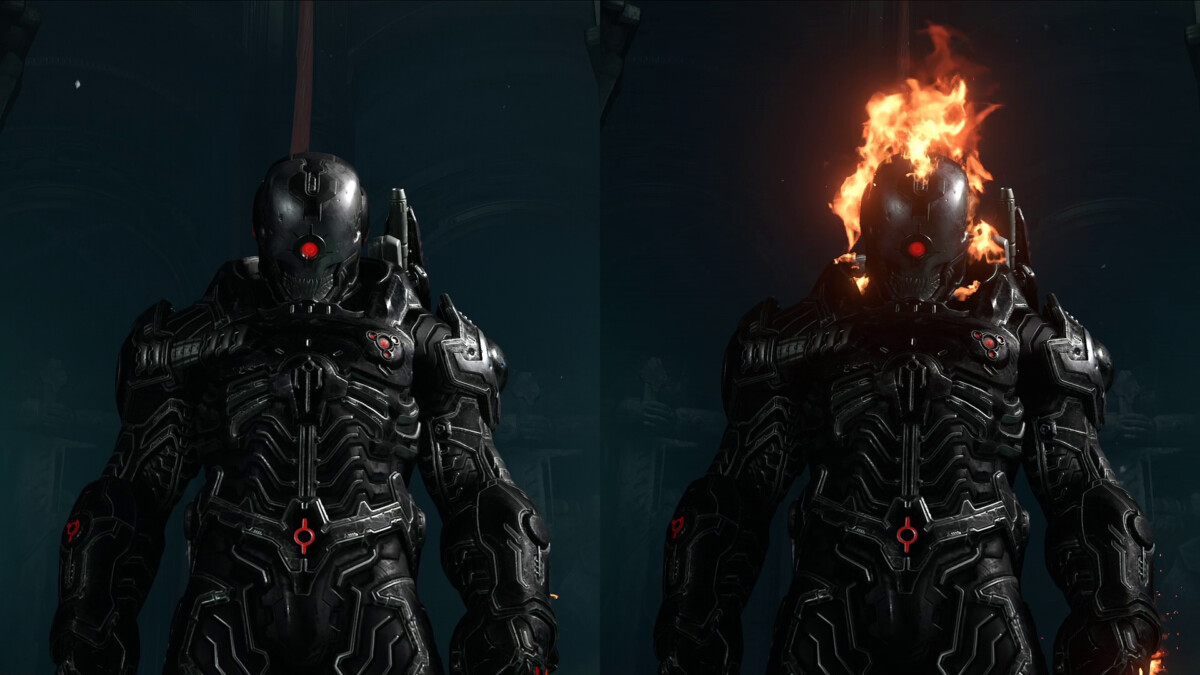 The fallen angel skin for DOOM Eternal is one of the most popular cosmetics in the game.

This mod replaces the standard skin for the fallen angel with an improved version that features a sweet flaming effect.

Anvil Maykr is a cosmetic mod that does not affect gameplay, but it can be used to increase your immersion and adrenaline as your blood punch erupts into flames. 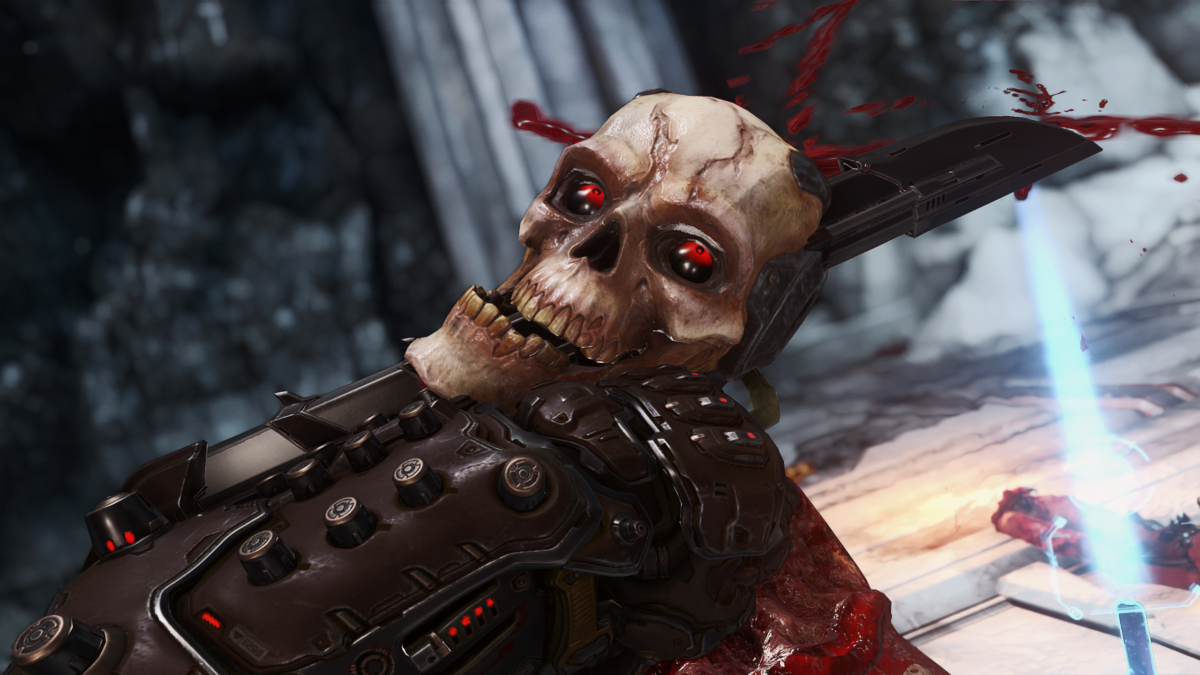 This ReShade preset is designed to improve the game’s graphics by increasing color depth, detail, lighting, and more.

The result is an immersive and visually stunning experience that will make you appreciate the game even more.

In addition to the graphical improvements, this preset also helps to improve performance on lower-end systems. 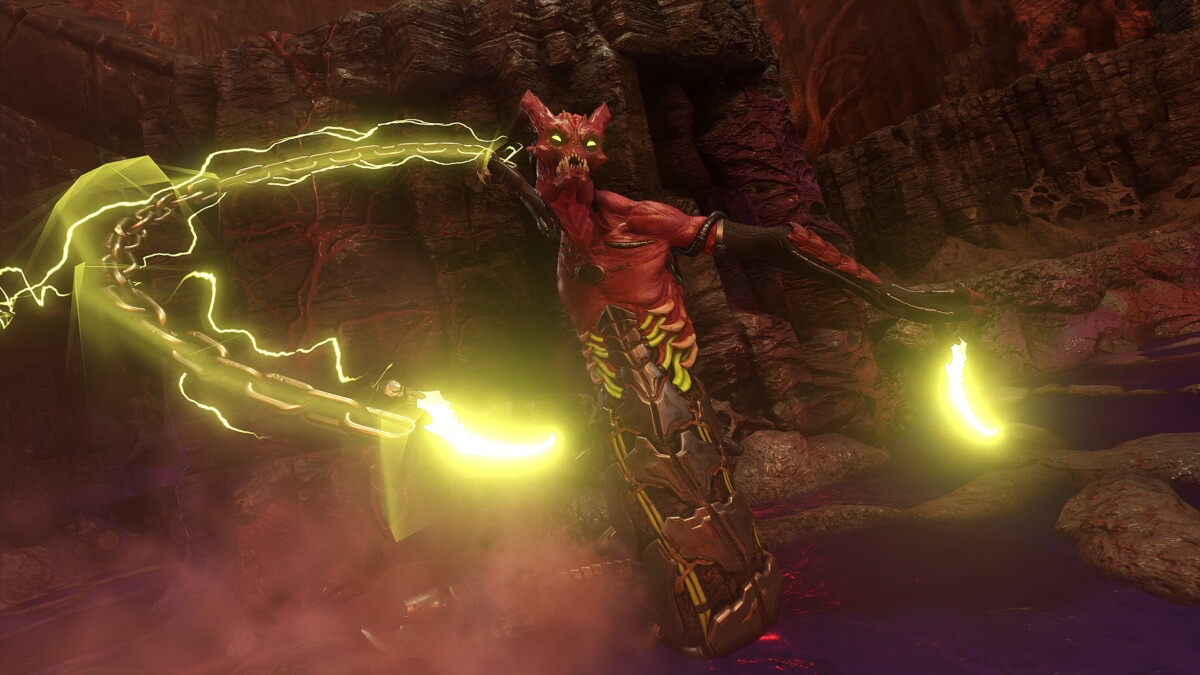 Demons come in all shapes and sizes. Some are fast, some are slow. Some are weak, and some are strong.

But there’s one thing that all demons have in common: they’re all a**holes, even the bright neon ones.

This mod adds a new twist to the age-old struggle against demonic forces in Eternal by adding demons styled after their counterparts from DOOM 2016.

The mod includes both new textures and models for the demons but the same AI.

This mod is a great way to keep the game feeling fresh and nostalgic at the same time. 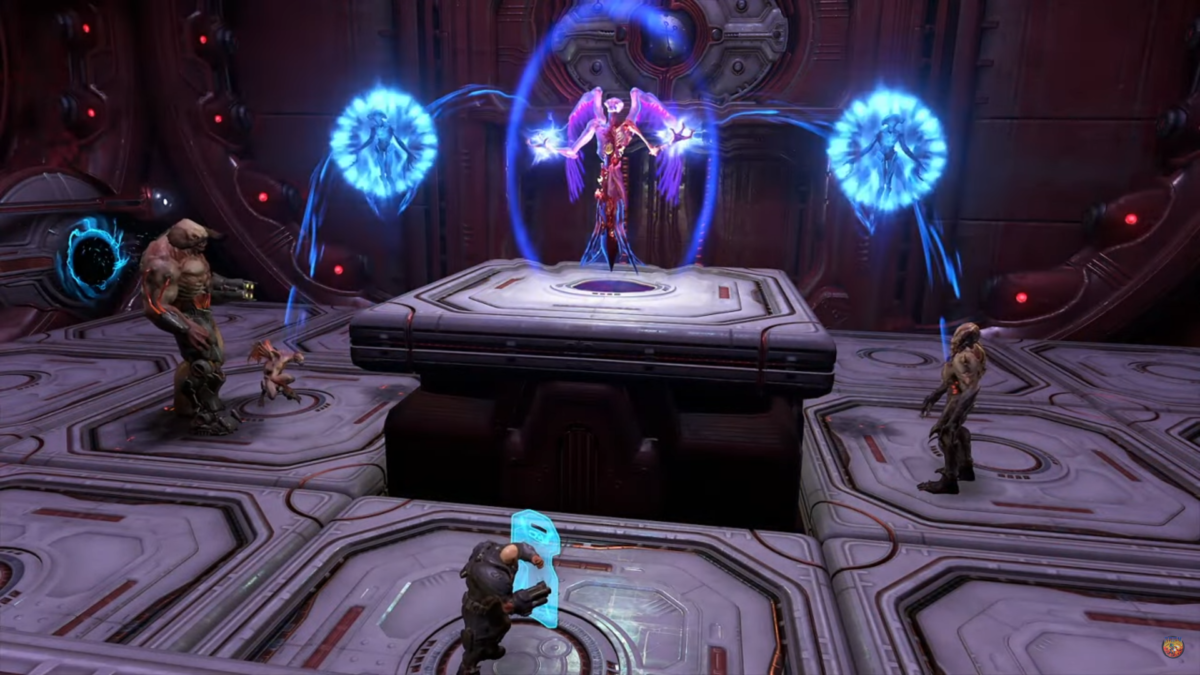 DOOM Eternal’s Enemy Randomizer mod is a great way to keep your gameplay fresh and challenging.

Every time you encounter an enemy, they will be randomized, meaning you never know what or who to expect. This forces you to adapt your strategy on the fly and keeps you on your toes.

Ultimately, the Enemy Randomizer mod is a great way to replay Eternal over and over.

Check it out if you’re looking for a new challenge. 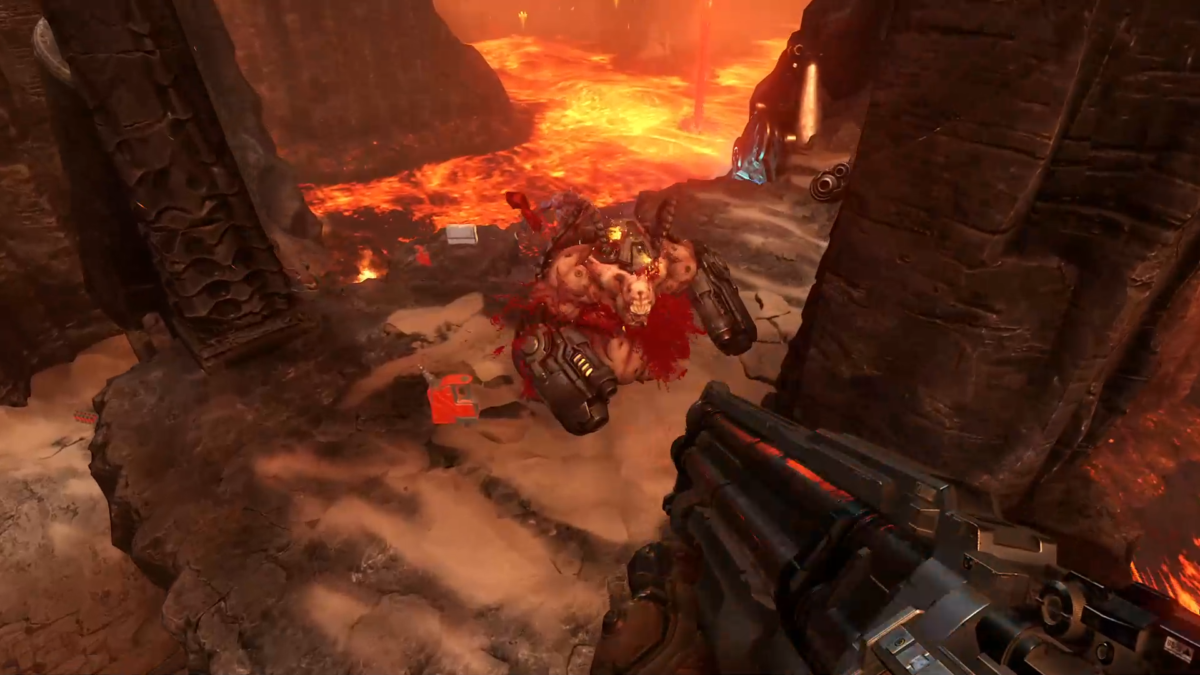 Horde Mode is a custom mode for DOOM Eternal.

Horde Mode is a unique, custom gameplay challenge that adds a series of increasingly difficult rounds.

The player starts with only the shotgun and its two weapon mods unlocked and must battle their way through locations packed with enemies.

As the player progresses, they’ll unlock new weapons and mods, giving them the tools they need to survive.

Horde Mode is an intense and challenging test of a player’s skill, and only the most dedicated DOOM fans will be able to overcome it. If you’re up for the challenge, give it a try. 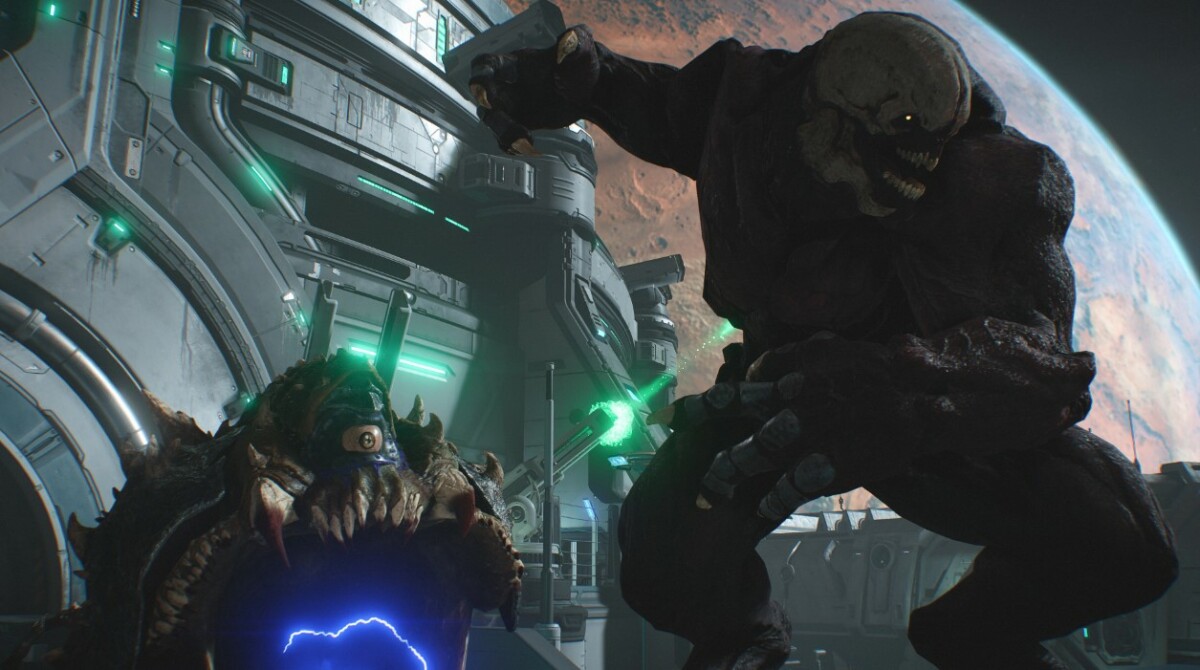 Blood X Bone is an overhaul of nearly every texture in the game.

This is not a mere mod but rather the most expansive DOOM Eternal texture mod ever made.

This includes over 20 demon skins and weapon skins. All of these have been remastered from scratch.

The creator wanted to shift the occult, hell priest nature of DOOM into a more mad scientist vibe.

Words cannot do Blood X Bone justice. It’s as if DOOM, Destiny, and Outlast had a baby. We recommend trying this out ASAP. 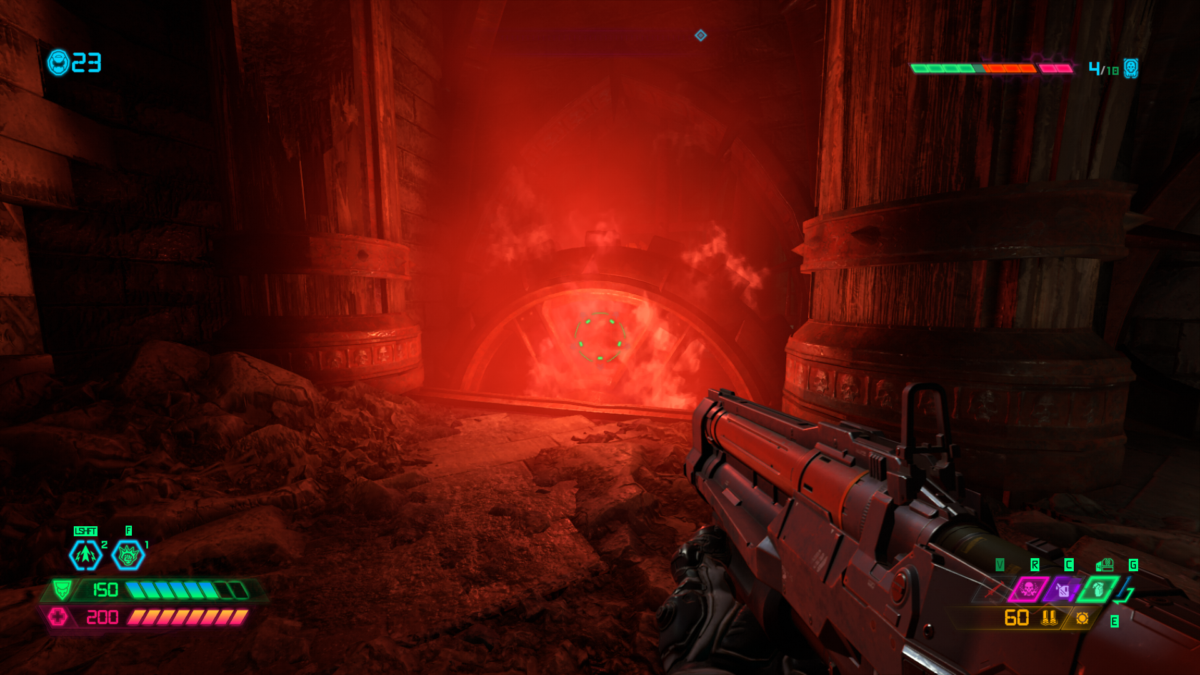 The Doom Slayer is powerful; no one on Earth or in Hell can deny that.

This mod makes some critical changes to his mechanics to make him even more effective and thrilling.

The Slayer moves 20% faster at all times, making it easier to close the distance with demons and get in some quick melee damage.

Secondly, the chainsaw now reloads up to 2 fuel tanks by itself at a slightly faster rate; this means that you can keep the chainsaw going for longer periods of time, making short work of giant demons.

Thirdly, the dash refill has been slightly reduced to 750ms. This gives you a bit more control over when you use your dash.

The full extent of the overhaul is too big to list here, but all in all, these changes make the Doom Slayer even more formidable and fun to play than before. 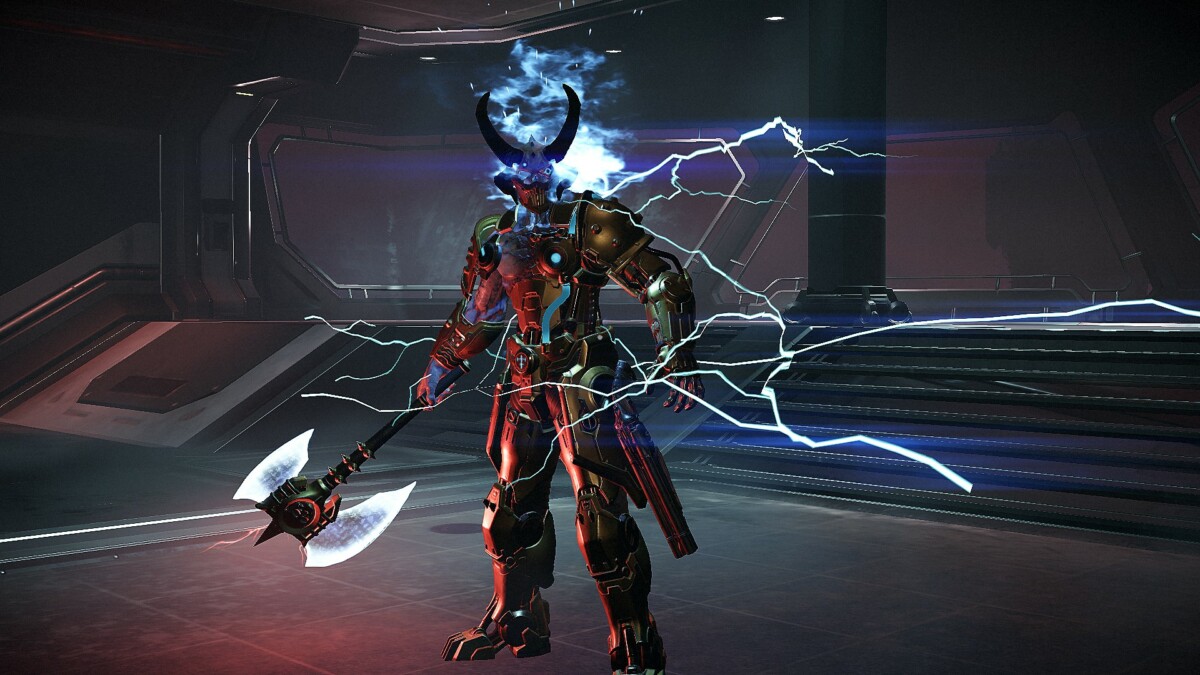 KaiserCampaign is a total overhaul of the main DOOM Eternal campaign.

If you’re looking for a DOOM Eternal campaign mod that feels like buying an official remake, then you want KaiserCampaign.

You won’t be disappointed with the level of detail and polish that the creator has put into this campaign.

It’s balanced and challenging and will definitely keep you hooked until the end.

So if you’re looking for a new and improved DOOM Eternal experience, be sure to check out KaiserCampaign. You won’t regret it.