When it comes to indie games, there are few titles that can match the uniqueness of Edmund McMillen’s The Binding of Isaac.

For one thing, the game is based on a very unusual premise: a Biblical story of betrayal and gore.

In the game, players take on the role of Isaac, who must flee into a hellish basement to escape his mother’s religious mania.

This unique setting gives the game an entirely different flavor from other indie titles. Moreover, The Binding of Isaac features some genuinely innovative gameplay mechanics despite its humble presentation.

Players must use their surroundings to solve puzzles and overcome obstacles while defeating enemies in this randomly generated, action RPG shooter.

This refreshingly original approach to gameplay combined with the dark yet charming aesthetic is why The Binding of Isaac is such a unique treat in the world of indie games.

Best Mods for Binding of Isaac

One of the best things about The Binding of Isaac is its modding community.

Thanks to the game’s flexible engine, talented modders have created all sorts of new content for the game, from entirely new dungeons to custom-made items and enemies. 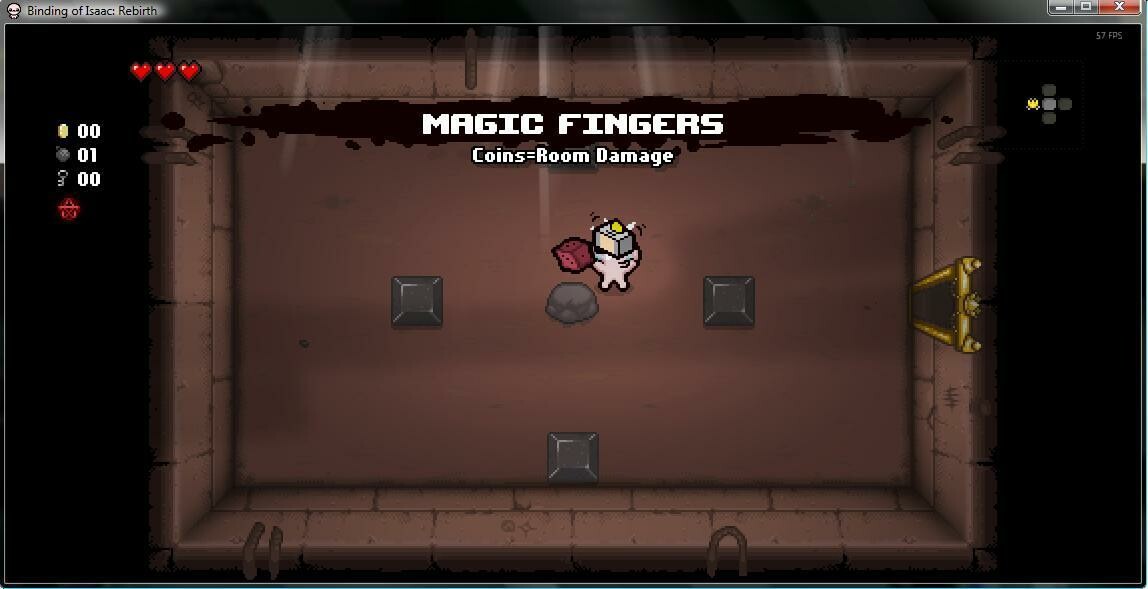 Have you ever played The Binding of Isaac and gotten an item that you had no idea what it did?

Even with the in-game description, it can be hard to figure out how an item will change your playstyle. That’s where the Clearer Item Descriptions mod comes in!

This mod replaces the game’s default item descriptions with clearer, more concise ones. No more guessing what an item does!

In addition, the mod also includes a handy tooltips feature that gives you even more game mechanic information about each item.

We wouldn’t play without this one.

14. Charge-Up Bars for Brimstone and Co 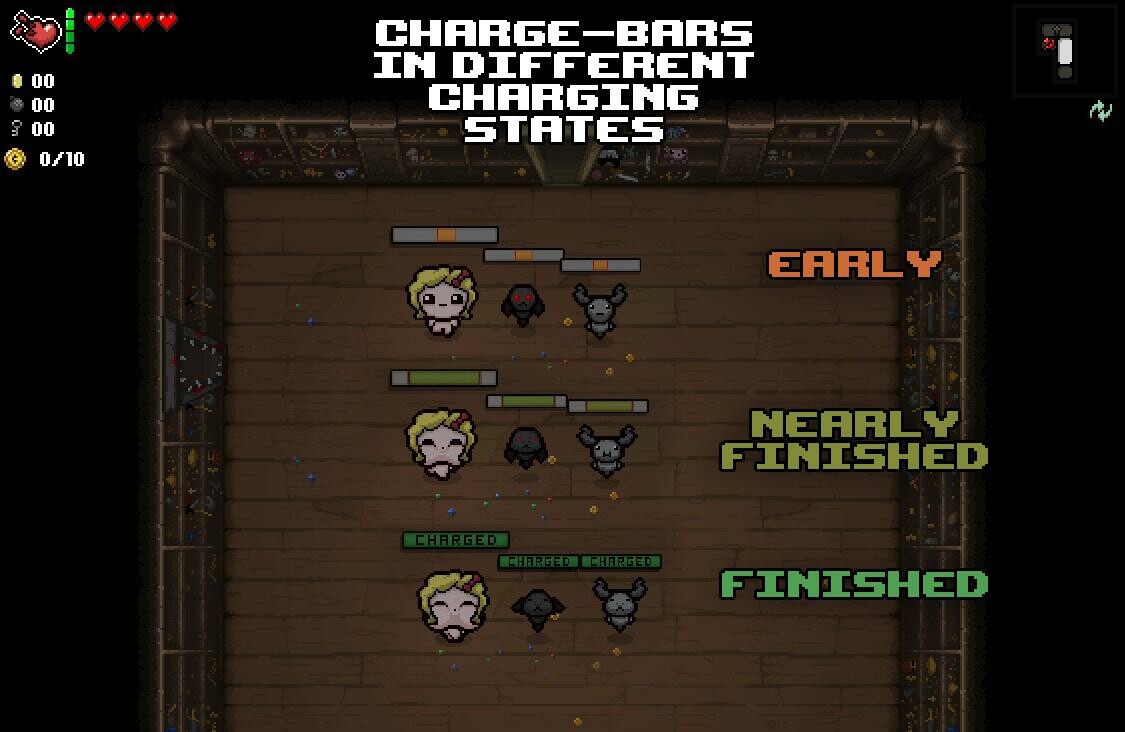 Charge-Up Bars adds a visual charge bar for all items that require it.

This includes items such as Brimstone, Monstros Lung, and Chocolate Milk.

Overall, the addition of a visual charge bar is a useful addition to The Binding of Isaac and can help the player to manage their inventory and boss strategy better. 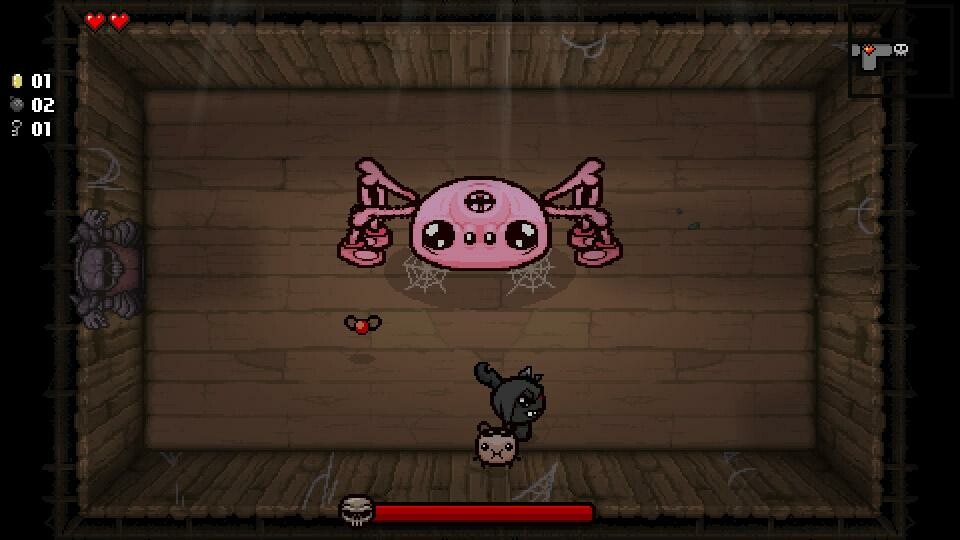 This mod gives the boss health bars a more visually appealing look by adding a “pop-out” effect to the red remaining health portion and a sense of depth to the black missing health segment.

The mod also makes it easier to see how much health the boss has left, making it less irritating and more exciting to play.

12. The Binding of Isaac: Godmode 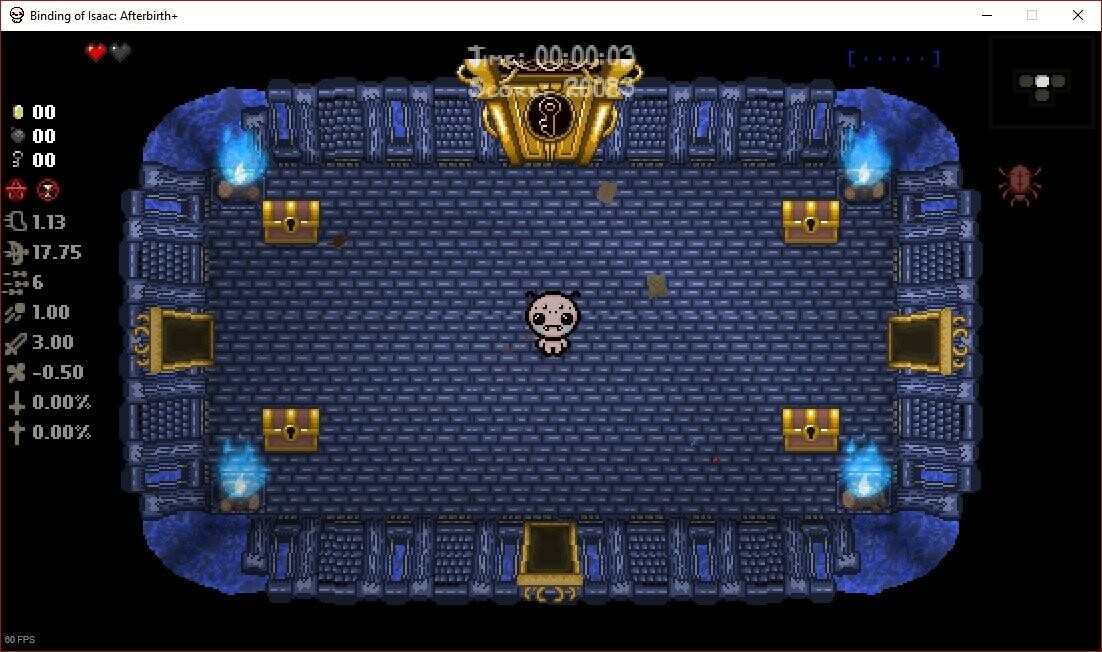 Godmode is a mod that adds new playable content to The Binding of Isaac.

This mini-expansion adds new bosses, enemies, floors, and more. While some mods can be quite complex and difficult to install, Godmode is relatively simple and easy to get up and running.

In addition, it’s compatible with most other mods for The Binding of Isaac.

As a result, it’s a great option for players who want to add some new content to their game without lengthy installation and debugging.

11. The Binding of Undertale 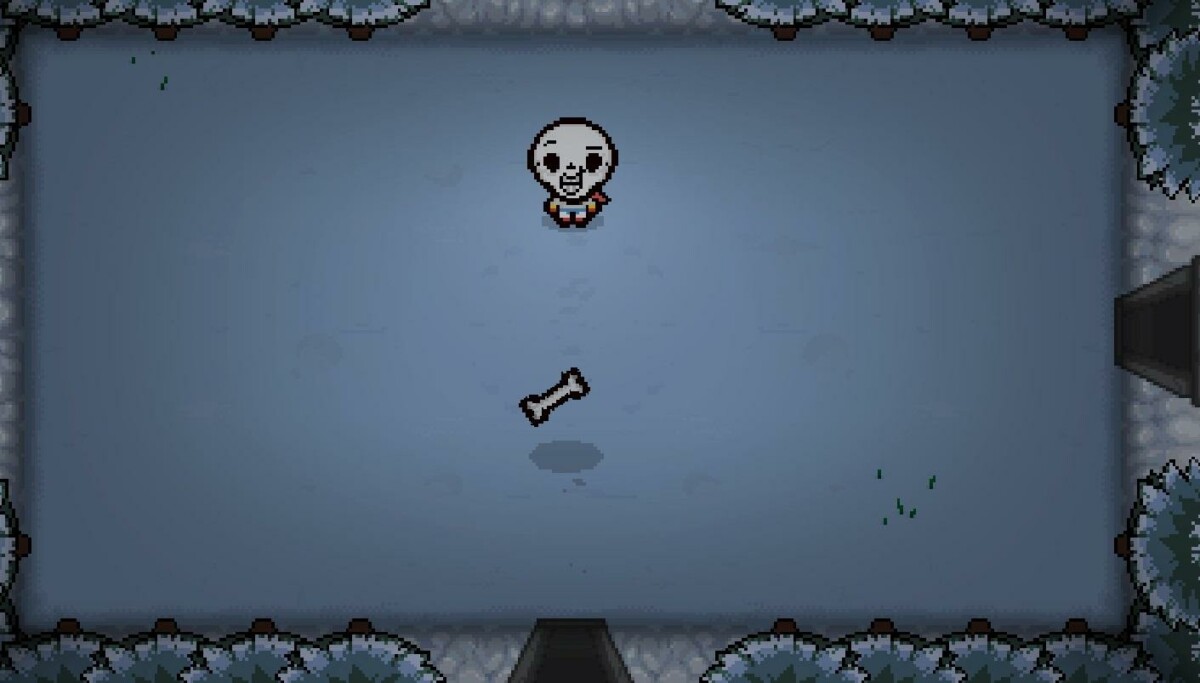 The Binding of Undertale adds new content to Binding of Isaac that is based on the game Undertale.

This mod replaces all of the game’s content with Undertale-inspired content. This means that instead of Isaac, you can now play as Frisk, the human child who falls into the Underground.

The mod has been very popular, with many players enjoying the new content. However, some Isaac purists have decried the mod, arguing that it ruins the game.

We believe that the mod is an excellent addition to The Binding of Isaac. It allows players to experience the game in a new way, and it also adds a lot of replay value.

If you’re a fan of Undertale or The Binding of Isaac, we highly recommend checking out this mod. 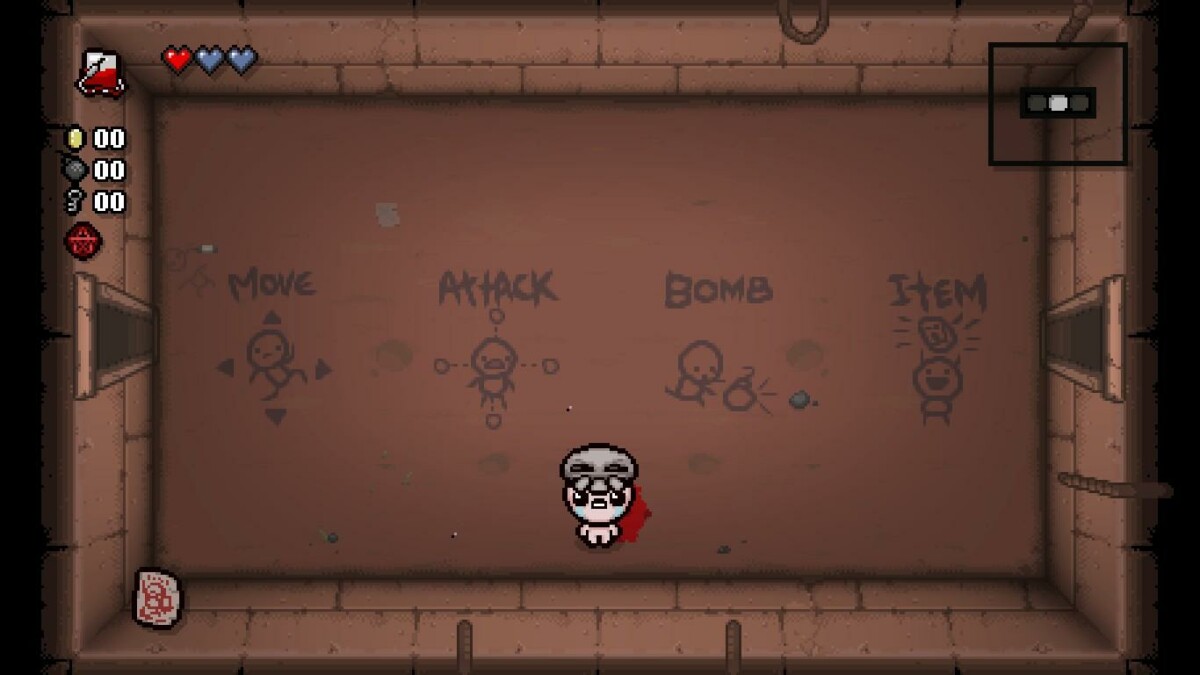 This mod adds over 200 new hairstyles and hats to the game, giving you plenty of new ways to customize your character.

These new assets are right at home in Binding of Isaac, which already has a great deal of whimsy. 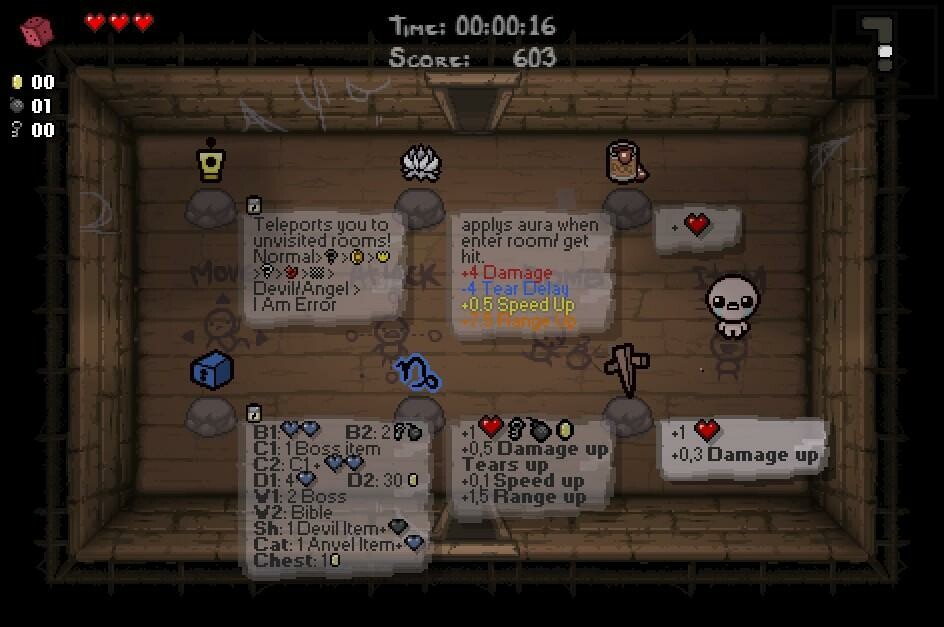 Like we mentioned earlier in this list, many players find the game’s item and trinket descriptions to be vague or uninformative.

This can make it difficult to know how an item will affect gameplay. The “External Item Descriptions” mod aims to solve this problem by providing detailed descriptions of every item in the game.

In addition, the mod pushes items apart in some rooms, making the descriptions more readable. 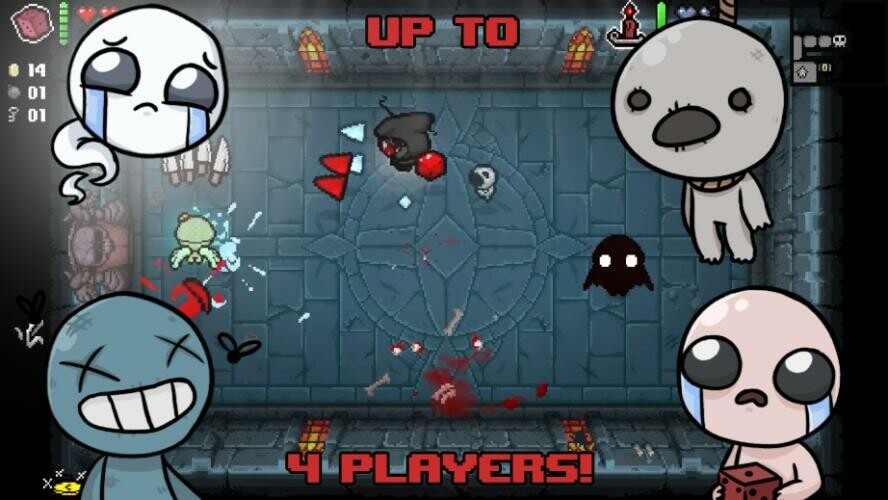 True Co-Op adds an upgraded full-featured co-op mode to The Binding of Isaac.

This mod makes the game way more replayable and enjoyable, as it allows for more varied runs and strategies with friends.

In addition, it can help to alleviate the feeling of grind that can come from playing the game solo. We can’t recommend this mod enough. 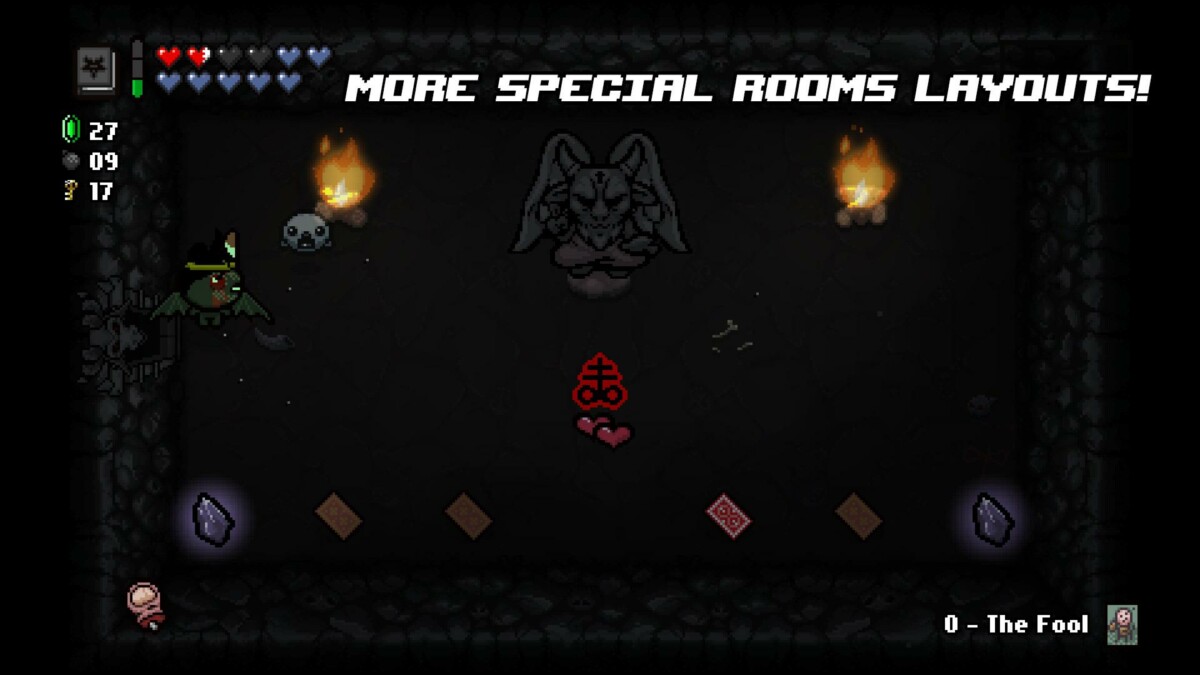 Skymod is a series of changes that aim to make the game more fun and less frustrating without resorting to cheating.

Many players find The Binding of Isaac to be punishing and inconsistent.

This mod seeks to address this issue by making changes intended to make the game more player-friendly without resorting to cheating.

The mod’s goal is to make the game more enjoyable for everyone without making it too easy. Whether or not it succeeds is up to each individual player.

We found it made the game easier, but if it makes new players give the game a serious try, then we think it’s fantastic. 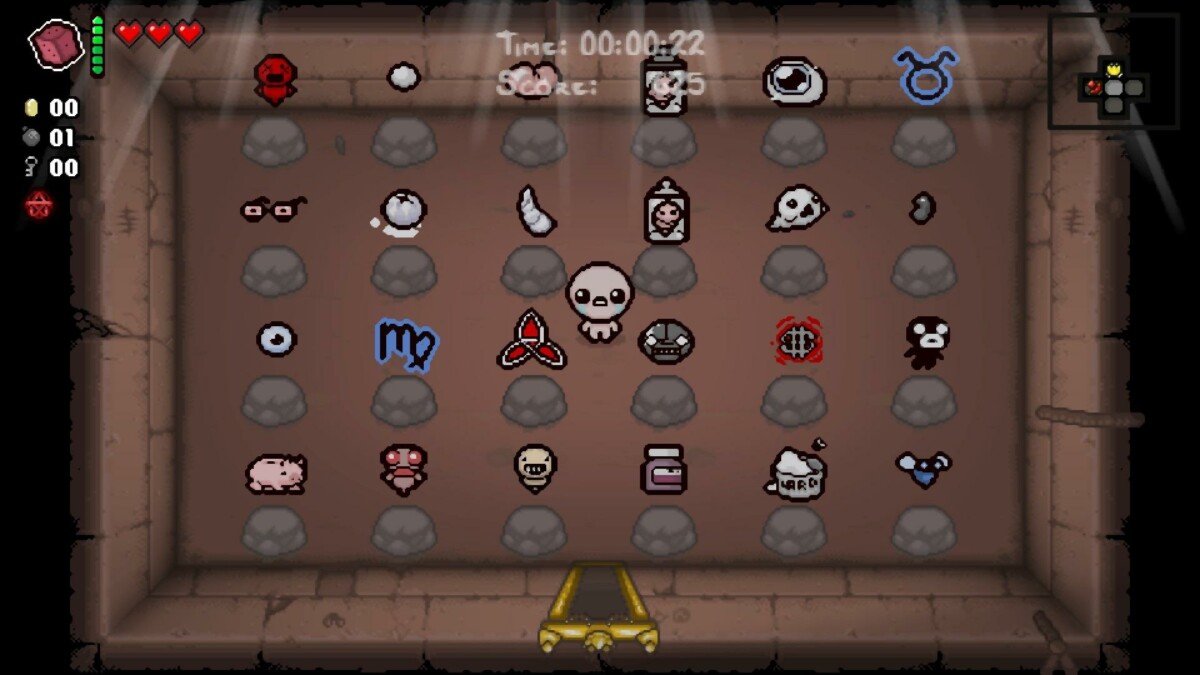 The more items a player comes across, the more synergy and strategy opportunities. This mod adds more opportunities for just that.

This can make the game more forgiving for newer players, as well as provide a greater sense of control for those who are more experienced. 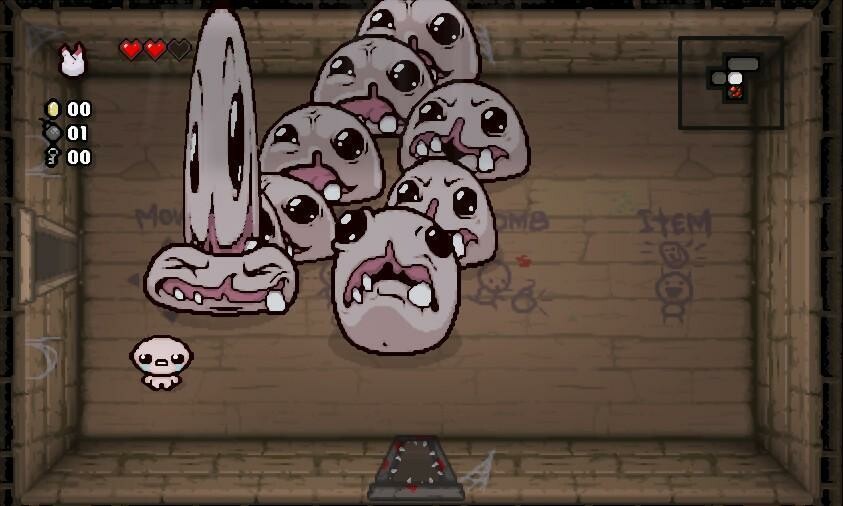 Infinite charge means that instead of waiting for items to recharge after using them, players can use them as often as they like.

Overall, Infinite Item Charge makes the game significantly easier. This is the mod for you if you’re looking for a sandbox experience.

There’s something incredibly satisfying about having unlimited power in a video game. It’s fun to feel like you can do anything.

Using Isaac’s new superhuman abilities, you can explore every nook and cranny of the game world without risk. 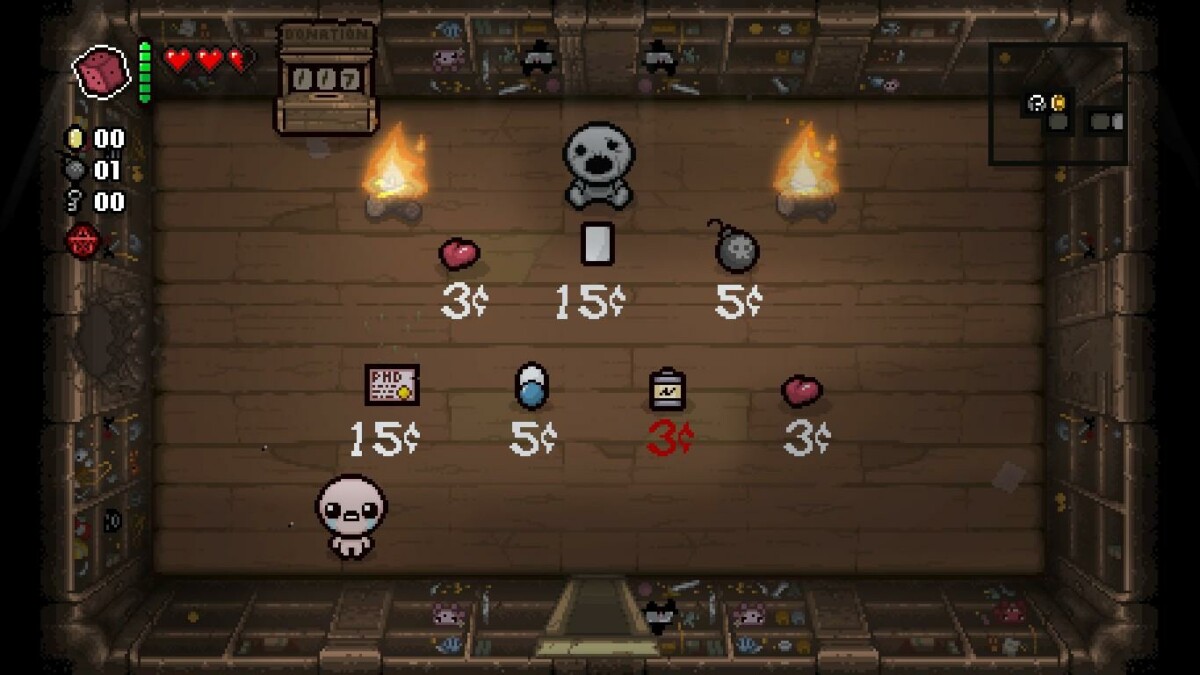 This mod adds over 200 new possible rooms to the dungeon, increasing the replay value and adding even more challenges.

Every type of room got new additions, including curse, challenge, secret, angel, boss rush, and more.

3. The Agony of Isaac 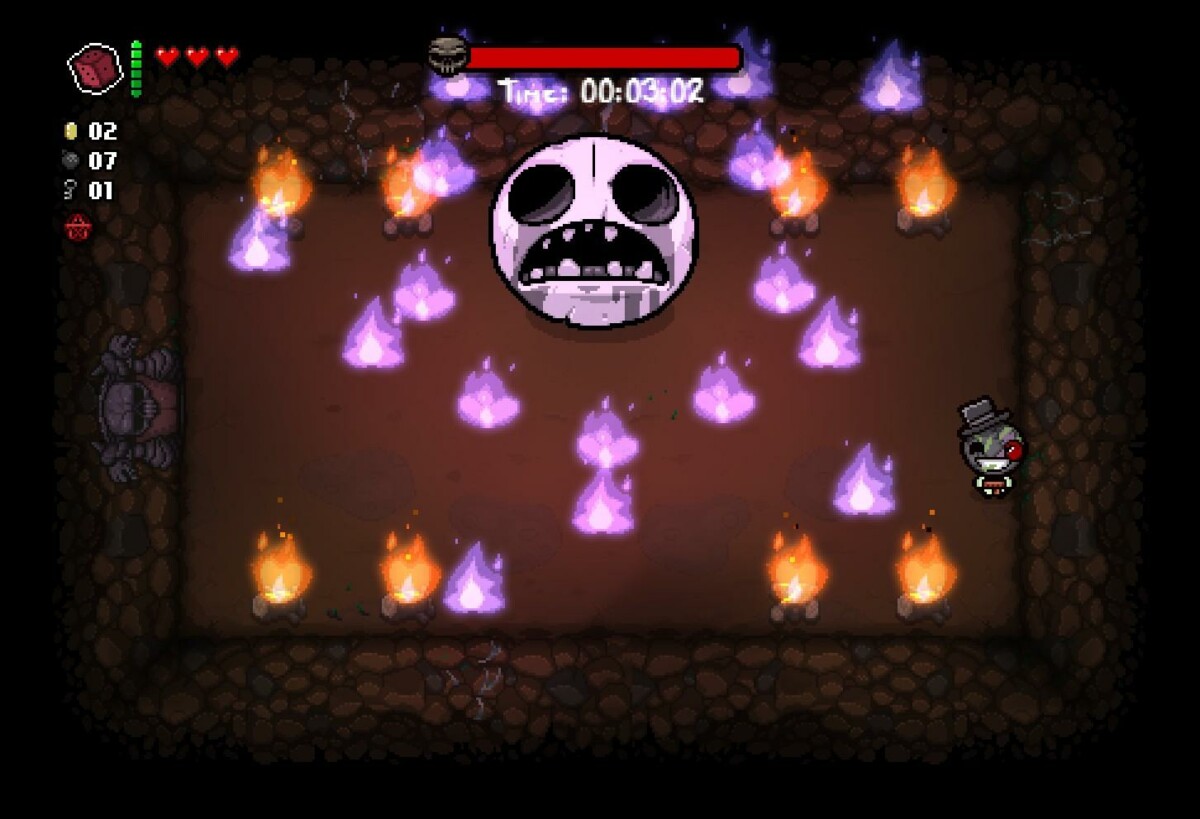 The Agony of Isaac adds new enemies and thousands of new rooms.

This mod increases the size of the game’s already massive procedurally-generated dungeons.

The new rooms and enemies are varied and challenging, making for an even more replayable and addictive experience. There are over 2,000 new rooms to explore; it’s almost a new game.

The creativity and work that went into The Agony of Isaac is impressive. 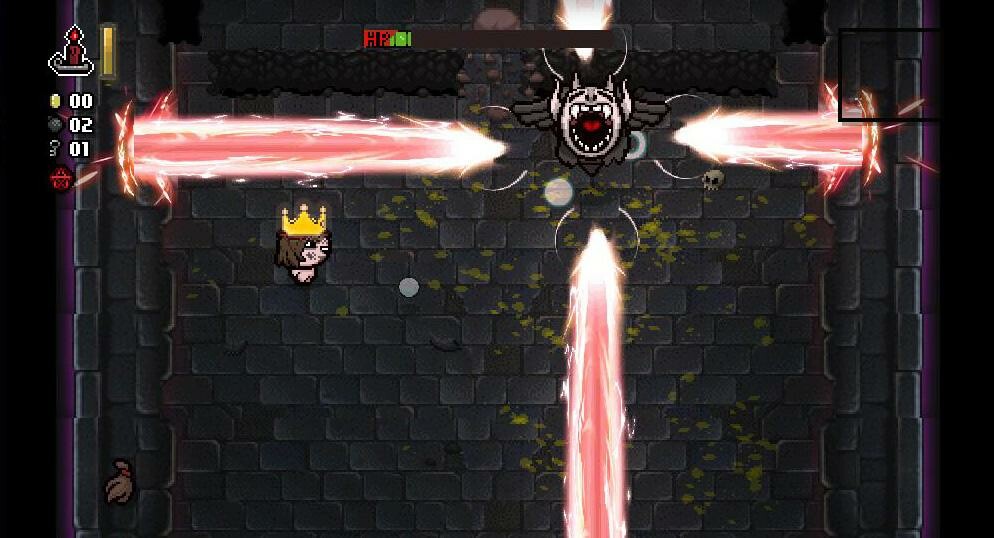 The mod’s primary purpose is to add a new game mode that simulates the ruthlessness of a nuclear apocalypse.

The mode is designed to be challenging and rewarding, offering new ways to play the game. The mode features new enemies, items, and challenges. It also includes a new ending.

The Nuclear Apocalypse Mode is an excellent addition to the game and provides hours of fun.

We highly recommend it to anyone looking for a new challenge.

1. The Binding of Isaac: Antibirth 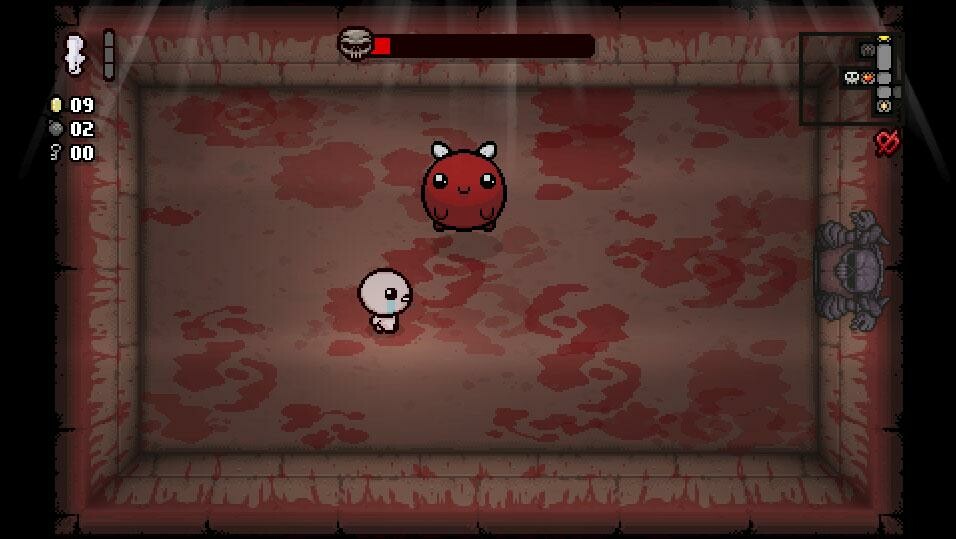 Antibirth is the premier fan-made expansion for The Binding of Isaac.

The Binding of Isaac: Antibirth is a stellar mod for a variety of reasons. First, it adds a ton of new content, including new enemies, items, and bosses.

Second, it has excellent production values, with high-quality art and sound design.

Finally, it’s completely free to download and play. If you’re a fan of The Binding of Isaac, or if you’re looking for a fresh take on the game, Antibirth is definitely worth checking out.

This expansion is nearly double the size of the original game; it had to be our top pick.