Battle Brothers is a turn-based, tactical RPG set in a low fantasy world. Developed by Overhype Studios and released in 2017, it offers players an immersive experience of commanding a mercenary company as they battle monsters, bandits, and other forces.

With its challenging and tactical gameplay, the game is loved by many strategy fans.

Today we’ll be looking at the top 20 Battle Brothers mods that are sure to enhance your gaming experience.

For those familiar with the game already, modding can open up even more ways to enjoy Battle Brothers.

From completely new campaigns, additional mercenaries, and more detailed graphics to all kinds of tweaks and changes to improve existing content – mods offer something for everyone. 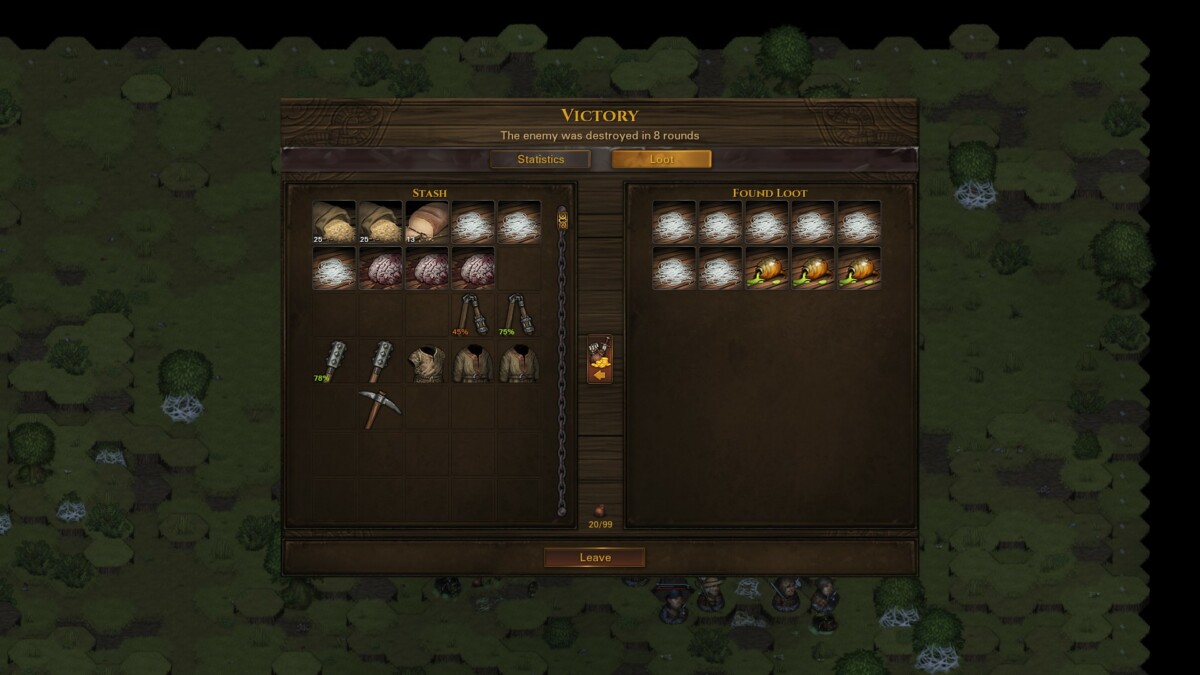 With a 20% boost in trophy drops and an 85% chance for bonus items on every hunt, you can now slay with more confidence than ever before – no failed expeditions here!

Be warned – it may not play nice with other mods if they haven’t been tested together. So choose wisely when mixing and matching to get your gaming experience just right! 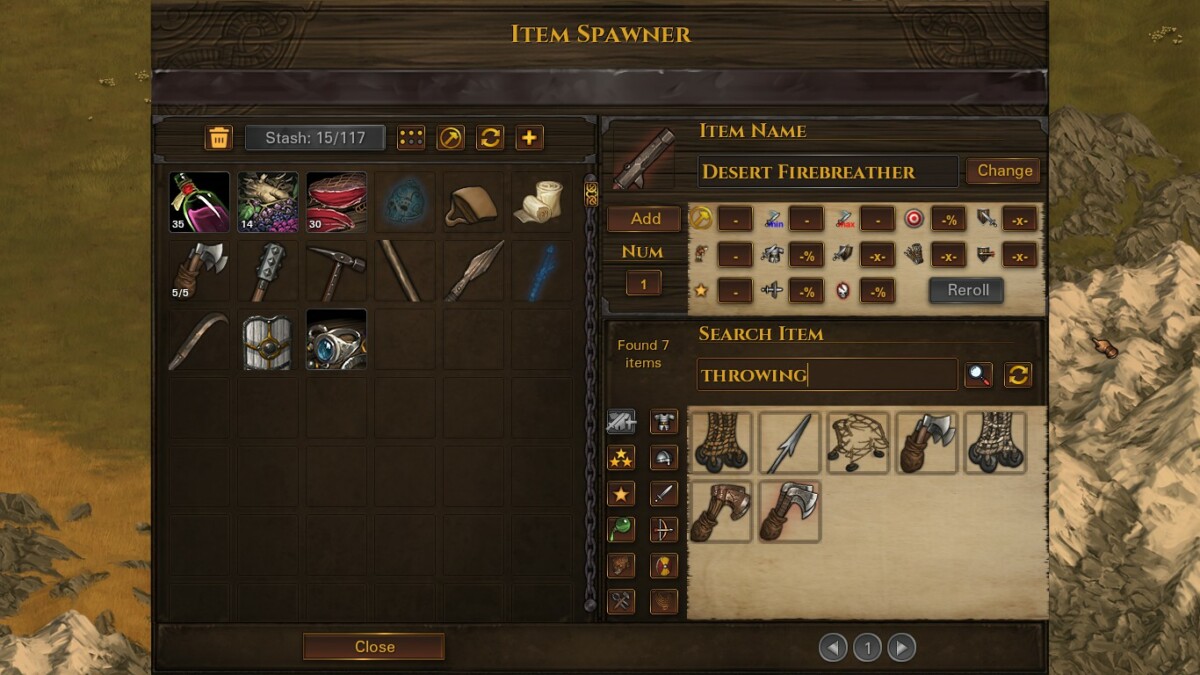 Get ready to power up your Battle Brothers gaming experience with an awesome in-game item spawner!

Now you’ll be able to supercharge your stash and customize named items – or even give them a whole new name. This mod brings some serious fun… let the games begin!

Nothing beats the sugar rush of that classic cheat code feeling – forgetting about rules and dominating your gaming opponents with item spawning! 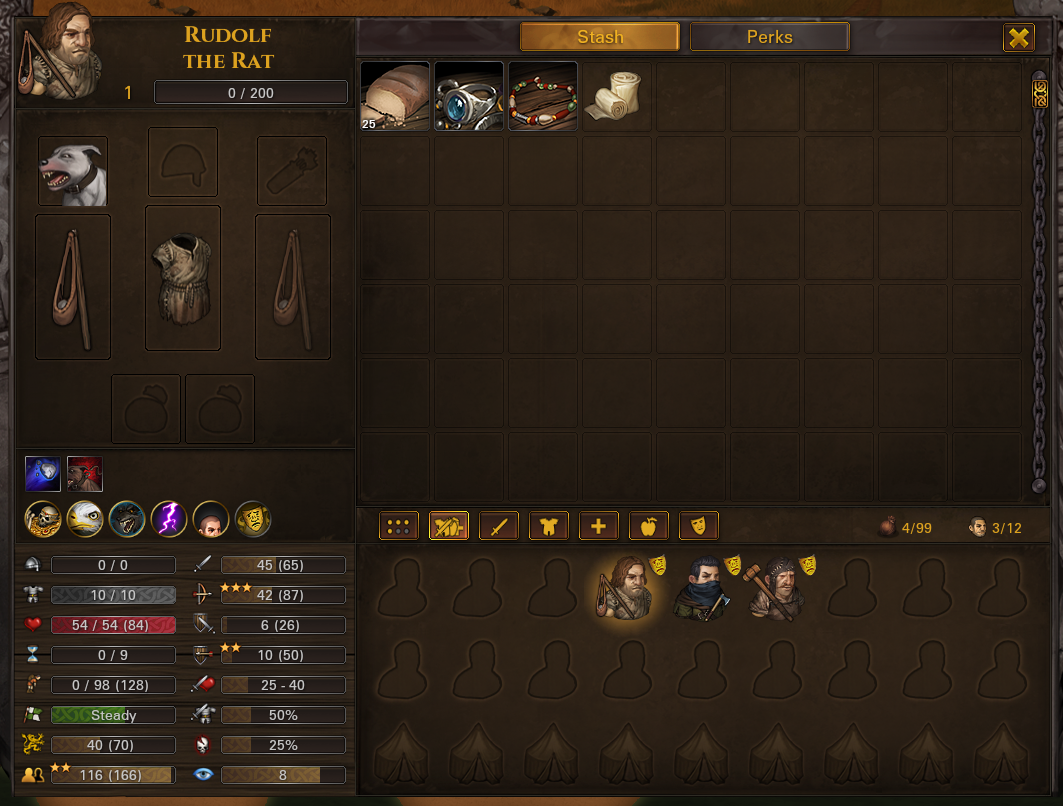 Step into a daring adventure with the Graverobbers custom origin mod!

This mod gives you three scrappy misfits who are down on their luck and trying to make it out of a serious jam.

With an unlikely ally (you guessed it, a loyal canine companion) at your side, you’ll have to rely on each other for survival in this intense new starting scenario that could end without warning if all three party members don’t make it alive… no pressure! 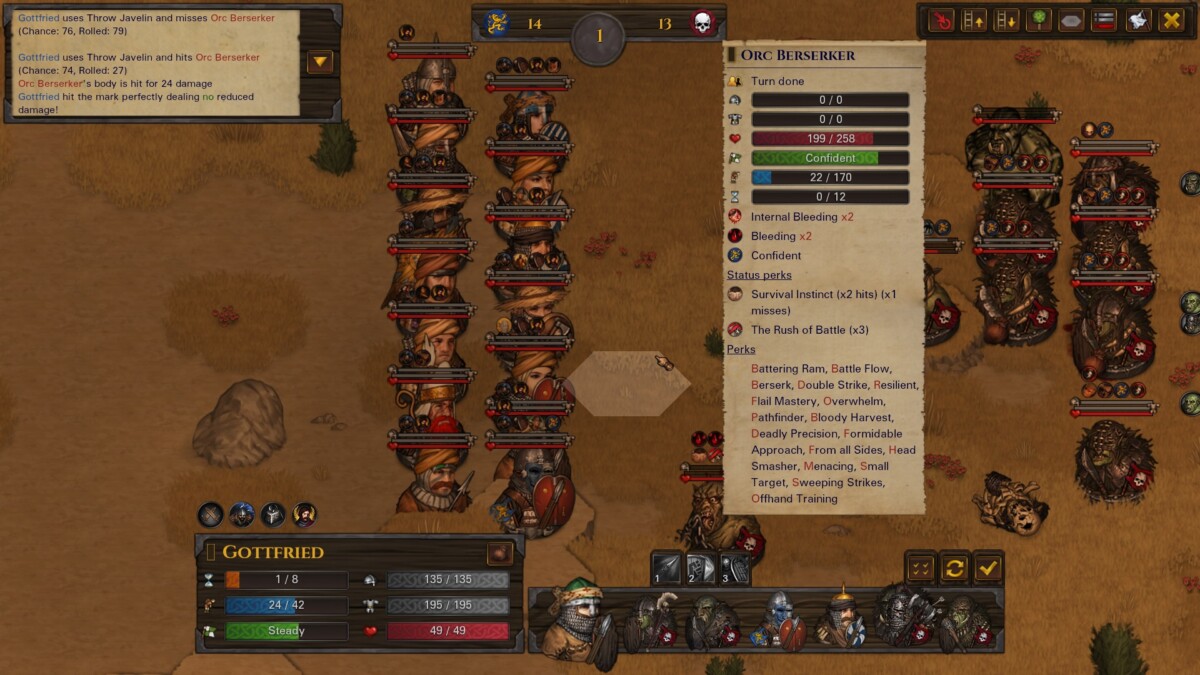 Your characters experience a rollercoaster of Action Points – on your side as well as the enemies’. This mod tweaks the flow of gameplay.

Instead of having static Action Point values that rely on passive traits, you’ll now have points awarded to characters depending on their Level, Current Initiative, and Armor Fatigue.

This allows for greater dynamism when it comes to game balance – and not just for your allies either; the enemy gets in on the action too!

Plus, you can rest easy knowing this mod still maintains its balance with the original version of the game. So what are you waiting for?

Get hunting some baddies and show them who’s boss! 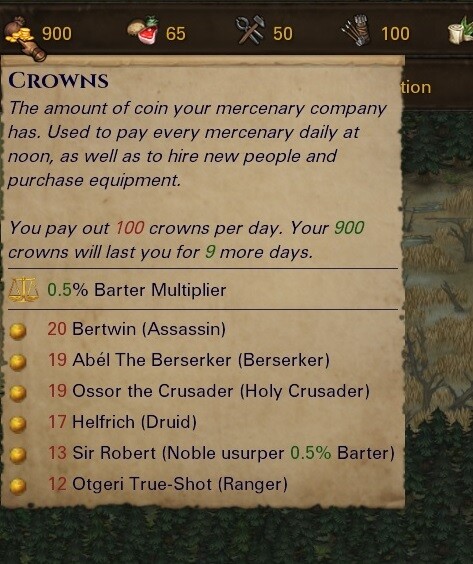 If you’re looking for a way to make progress faster in your playthroughs of Battle Brothers, then the Less Grind 50 mod is the perfect fix!

With this mod activated, you’ll get a whopping 50% boost in experience gained throughout your playthrough—so those pesky bandits will level you up even quicker!

Plus, not only do you get more experience, but your wages paid to mercenaries will also be reduced by half.

You can put those saved coins towards higher-tier armaments or better armor, options that can often cost an arm and a leg.

Whether you’re at the beginning of your adventure or nearing the endgame, this mod should serve you well! 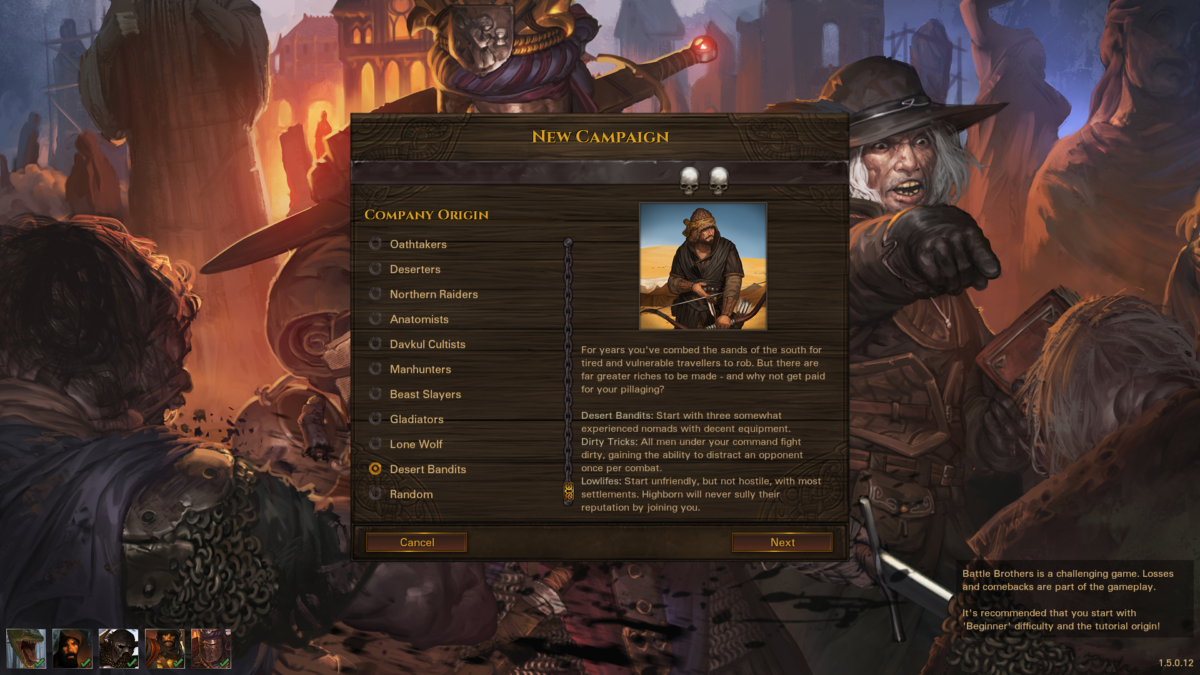 Enter the sand-swept battles of Battle Brothers with flair!

The Desert Bandits mod equips you and your squad to fight like nomads, starting off with three brothers decked out in decent gear that grants them plenty of advantages.

Fight Dirty allows every brother access to a special Nomad Faction skill as well as their regular abilities.

Plus, Bad Reputation gives each one bad blood relations with almost everyone they meet on the battlefield – anyone who wants revenge will know just where to find ’em! 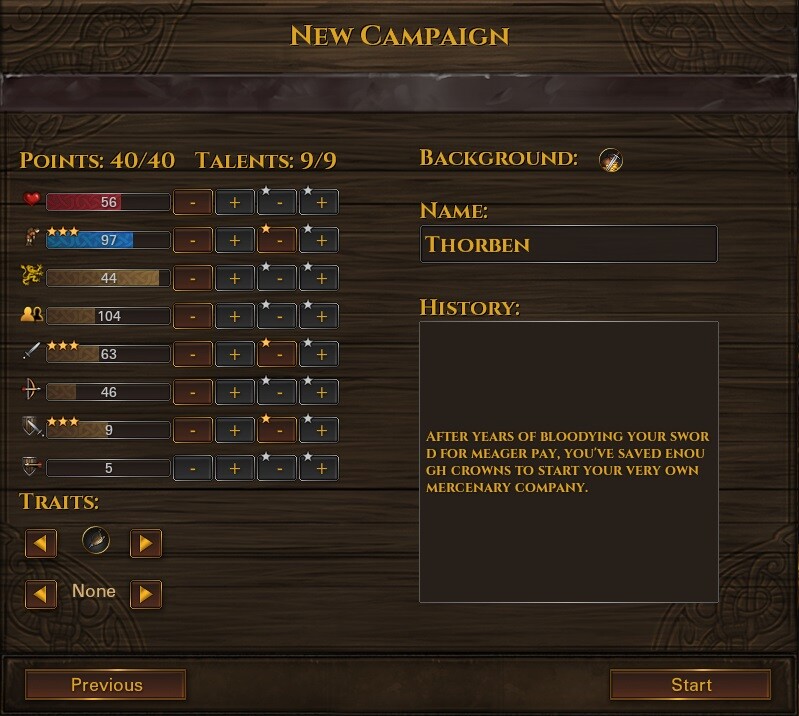 Take your pick! This mod gives you the opportunity to create a custom character with an origin of your choice – no more playing as pre-defined characters.

What’s more, roll up those sleeves and customize their attributes too; it’ll cost ya 6 points each for Melee Attack and Defense, but we guarantee that extra boost will take them from average Joe (or Josephine) to unstoppable hero in no time!

But don’t forget: if they die… game over. This mod makes it easier to pick retinue members for Battle Brothers. It makes them more powerful, so you can get better results in the game.

Also, it rebalances the stats for existing retinue members and introduces new ones.

With this mod, you can choose from a larger selection of characters with better stats, making it easier to build an effective team.

Get your hands on the Stronger Retinue Members mod and start building even more powerful teams!

Make sure to hire the best allies for you by increasing their effects and making some cost adjustments. They’ll make all the difference in battle, so get ready for a killer experience. 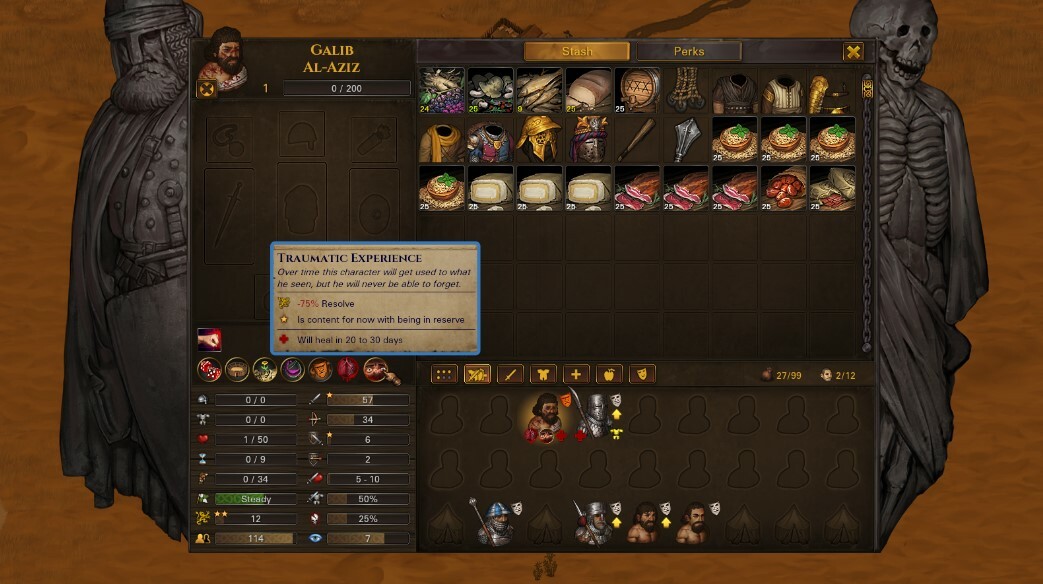 Ready to join a legendary group of assassins? Now you can! Slip into the shoes of an assassin guild member with this awesome mod – just switch out your black octopus banner for Skyrim’s famous Dark Brotherhood.

Let that badass flag fly as you team up and take on missions; it’ll be like part of history unfolding before your eyes.

Don’t wait around any longer; dive in today and make some serious baddie moves! For gamers playing Battle Brothers, this mod could really shake things up!

Instead of a character sustaining a permanent injury after a big hit, they’ll receive a long-term heavy injury.

That means you’ll still have access to your characters and definitely get injured more often – but you won’t have to be as scared of making a crucial mistake. It’ll heal eventually!

This mod is perfect for gamers who are looking for increased engagement with their video game but a little less frustration. This hardcore origin, where all lifepaths for hire cost a minimum of 1k crowns, will drastically raise the stakes of your early economic management.

Plus, with an added layer of difficulty in the form of your cohorts being old men, this mod ups the challenge to those looking for a fresh kind of challenge.

It’ll definitely test your money-managing skills and creativity as you figure out strategies to make sure your aging units survive in difficult engagements.

If you’re up for the challenge, check out Retirement Home Origin today! 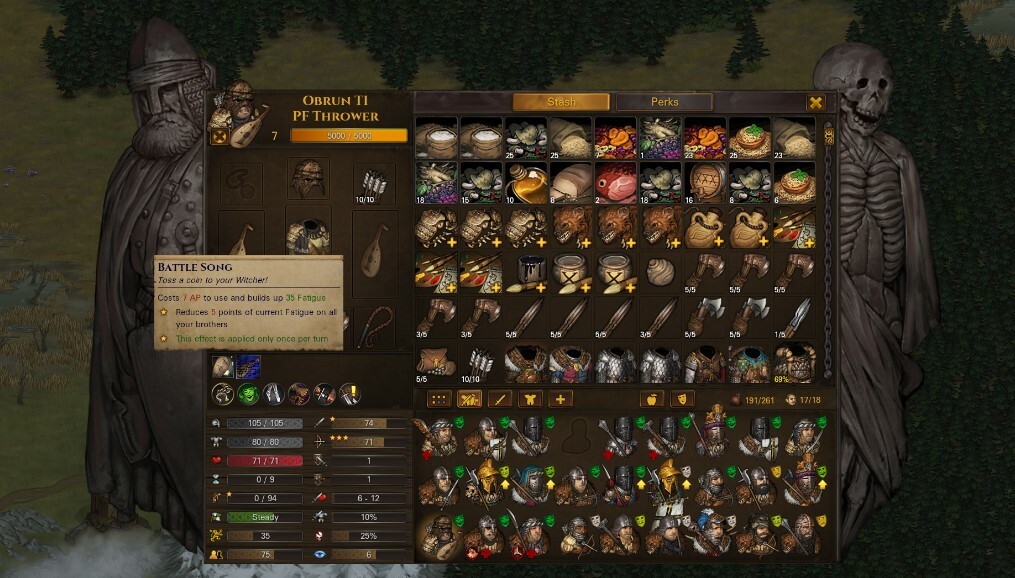 Fatigue points in Battle Brothers have a significant role to play when it comes to the effectiveness of your party.

Fatigue can cause your characters to tire more quickly, making them vulnerable and easily overwhelmed by enemy forces.

When fatigue accumulates too much, it could even lead to death for your troops.

Prepare yourself – it’s time to make something happen!

Blast a Battlesong from your lute and boost your brothers’ energy with this new mod!

With just 7 AP, you can reduce 5 points of Fatigue on all allies in the blink of an eye – key for powering through any epic challenge. 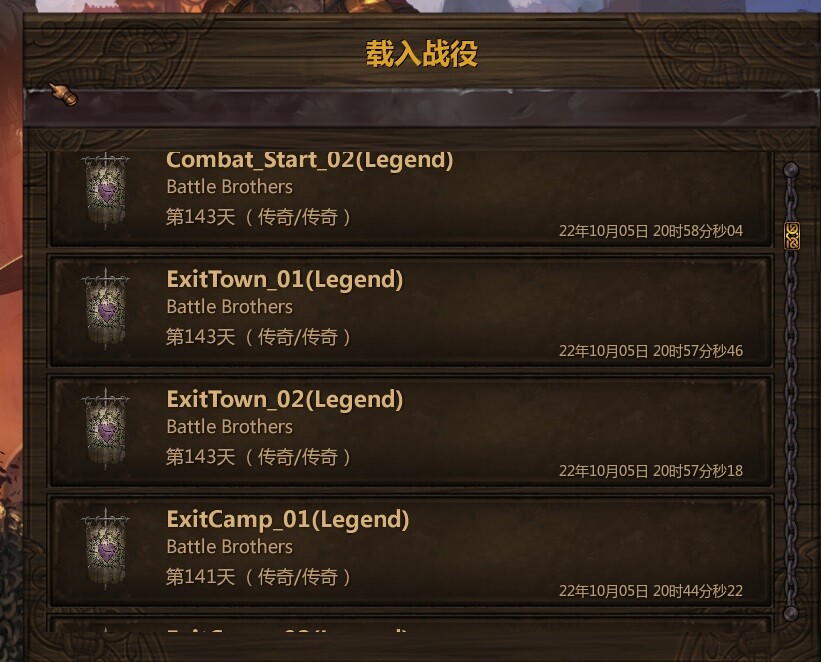 Autosave is a good feature in a game because it helps you keep playing if something goes wrong.

It saves your progress so that even if you accidentally quit the game or something else happens, you can go back to where you were and keep playing without having to start all over again.

Sick of losing progress in Battle Brothers? Worry no more! The Enhanced Autosave mod adds an ultra-comprehensive save system with autosave features, so you can keep on slashing and bashing without fear.

Customizing the map in Battle Brothers is a great way to make your game more unique.

Don’t just play Legends the same way. Get creative and customize your own unique battlescapes with this awesome mod!

Slider controls let you tweak mountains, biomes, how much water – basically anything that’s on the map.

Take control of shaping your world in Battle Brothers like never before! 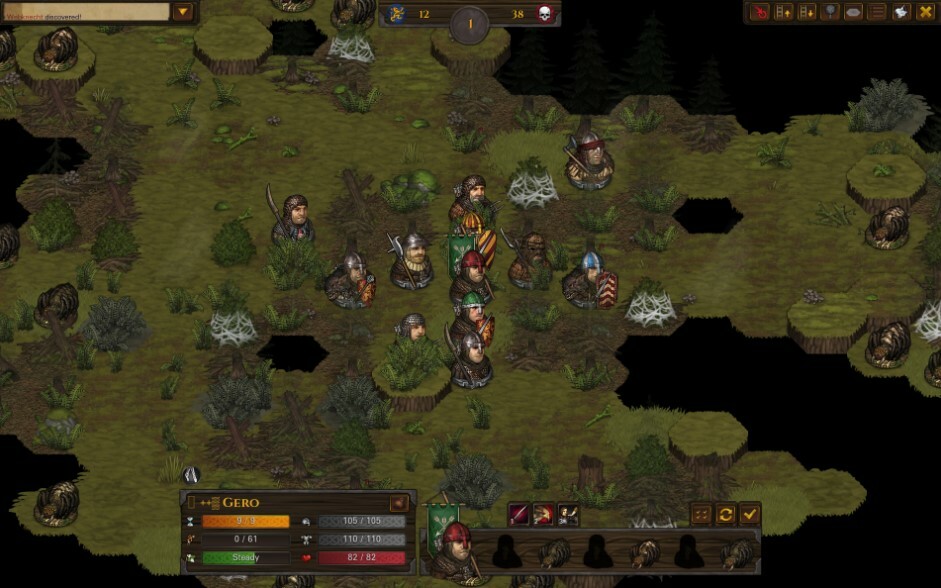 Planning combat in Battle Brothers is an essential part of success. Knowing your enemy and the terrain you’re fighting on is key to victory. So, make sure you know what’s going on by using this mod.

Ain’t nobody got time to be surprised by blocked tiles mid-combat. This mod makes sure you’re prepped and ready, highlighting any blocks at the start of a battle so your plan rolls smoothly! 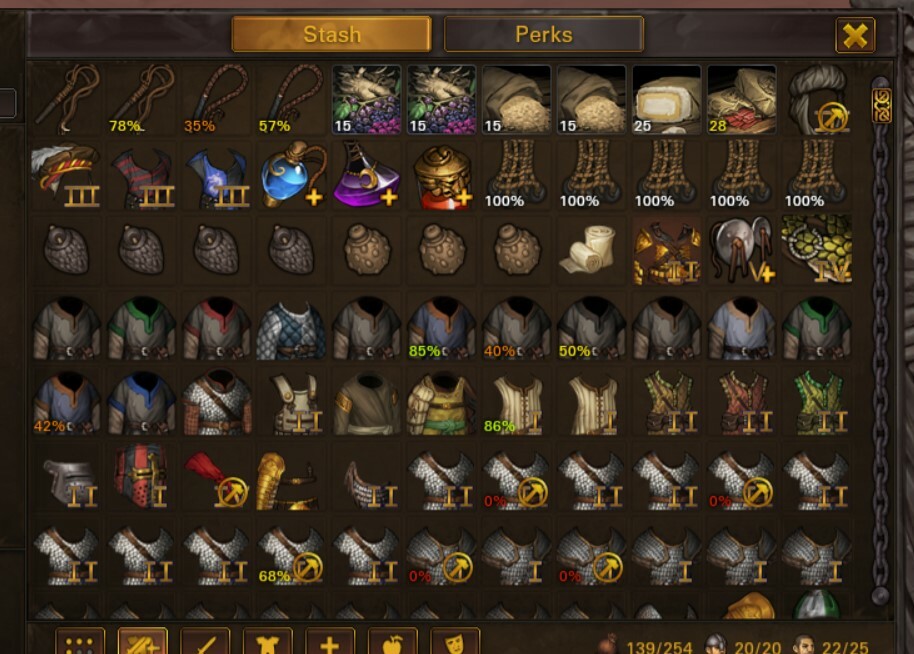 Inventory windows in games can be annoying. It’s hard to find the things you need, and it takes a long time to look through all the items.

This mod is a must-have for anyone who wants to have more control over their inventory.

Smaller Item Slots reduces the size of item slots, so you can now fit in more items on each row.

Your character pages will have 11 items per row instead of 9 – that’s an extra 2 for all you collectors out there!

And Shop + Loot won’t be left behind either – 6 items are showing up where five used to display before. 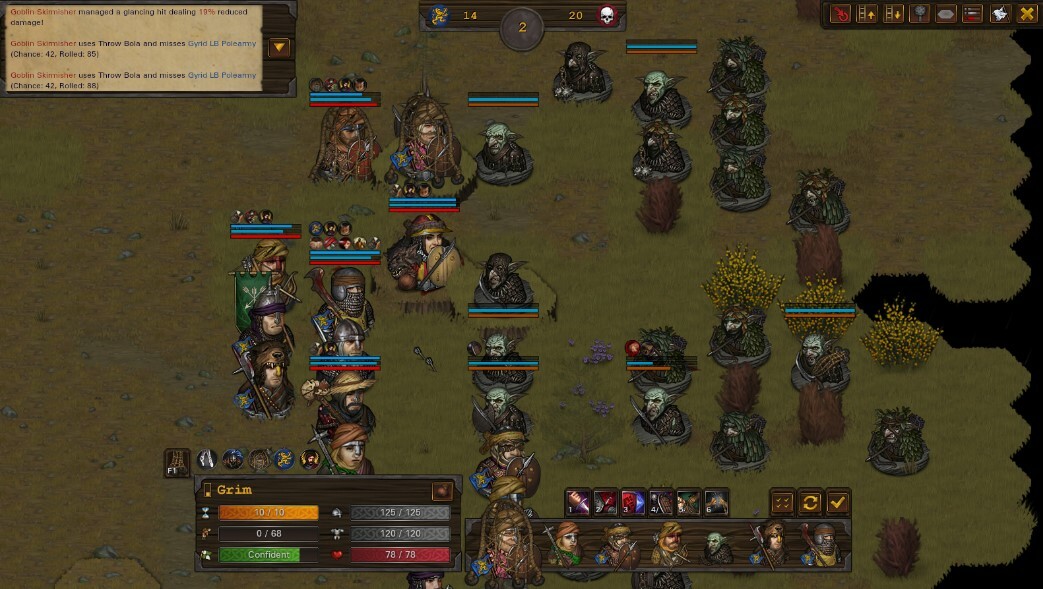 As gamers, having access to UI-Features that can improve the quality of life for us in our virtual world can mean the difference between feeling fulfilled playing or feeling frustrated.

We love whenever modders work on adding a collection of highly customizable UI features, like an overlay bar rework and item filter rework.

By using these improved features, you can make sure all your needs are met and your playing experience is at its best!

No more getting bogged down by confusing menus or losing items in the chaos – with this improved UI, you get total control over what’s going on and how you play. 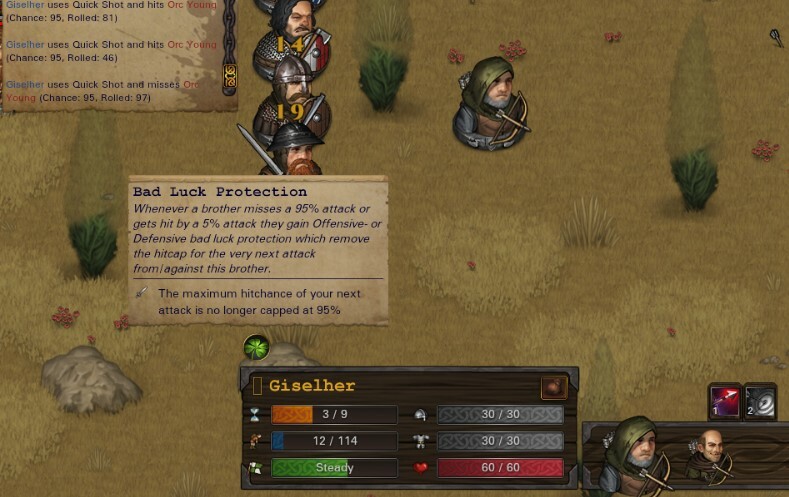 Having bad luck when playing video games can really ruin your fun, so it’s great that now there’s a fun mod that helps to prevent unlucky streaks like missing two 95% hits or getting hit twice in a row from 5% hits!

It works by removing the vanilla hit caps for and against each brother who has just had bad luck happen to them, so if you feel like these narrow misses happen too often, this is an awesome mod to try out. 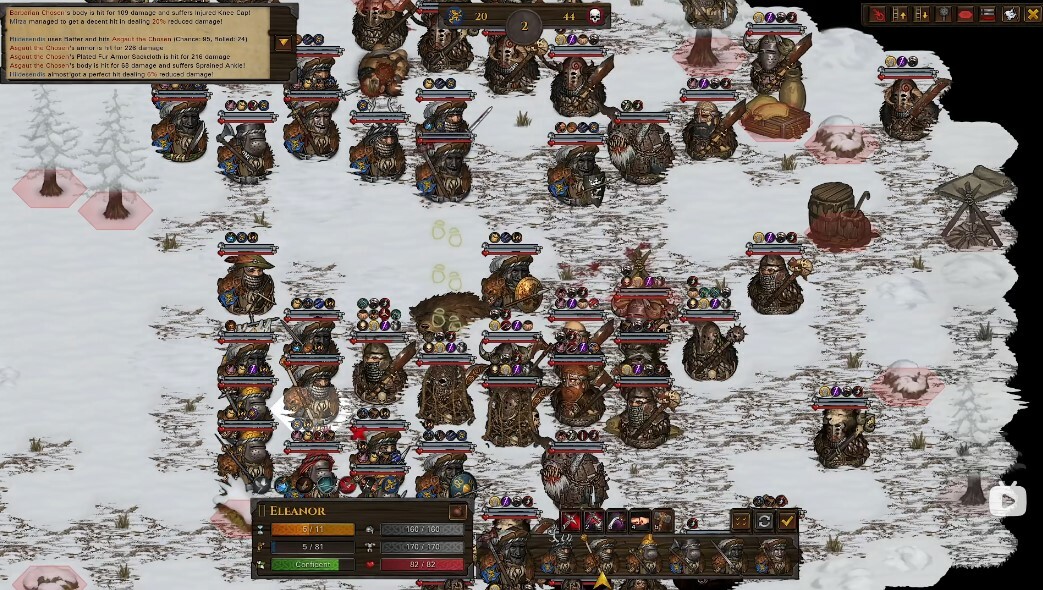 Are you up for a challenge? Battle Brothers just upped the ante with this new massive overhaul mod!

It’s got so much content there’s something to excite everyone – from hardcore gamers to casuals.

And no matter what your playstyle is, there’s a way for you to customize it to get the most out of this intense experience.

So if true gaming excitement is what you’re looking for, jump in and give Sellswords a try! 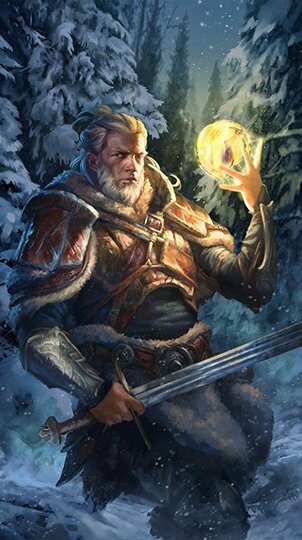 Geralt of Rivia, the titular witcher from The Witcher video games and novels, is an iconic figure in gaming culture for a good reason.

He is an incredibly powerful warrior with a strong sense of justice and morality, skillfully combining both logic and emotion in his decisions.

A mod for Battle Brothers that will let you play as The Witcher? Count us in!

While playing as a lone Witcher, you’ll be gifted with the ability to use five magic signs and craft new potions.

This mod will have something for any fan of The Witcher franchise. This unique experience lets you feel like a powerful magically-inclined soldier while going on a solo Lone Wolf adventure in turn-based combat.