There may have been several new entries into the series since, but Mount and Blade: Warband, the updated re-release of the first game in the Mount and Blade series, still enjoys a tremendously large player base.

With its unique blend of genres, heavy emphasis on strategy, and unusually realistic representation of medieval society, it’s a tremendously replayable game.

Still, like any game, once you’ve played it long enough, you do start wishing for a few extra features to give the experience some fresh variety.

Like any game with a sizable fanbase, you can trust that there are plenty of mods out there to provide you with exactly that.

Below, we’ve listed twelve of our favorite mods for Mount and Blade: Warband.

Diplomacy Compilation is a well-rounded mod that improves many different areas of the game. This mod provides every upgrade a player could want from graphics to items and character balancing.

The goal of this mod is to extend the base gameplay as much as possible, so it isn’t a flashy mod, but it is a worthwhile practical one.

Most of this mod’s features can be found in a comprehensive list on the mount and blade wiki, but here’s a brief glimpse as to what this mod offers.

With this mod, you can let companions pick items, appoint a constable, send patrols, threaten other kingdoms with war, send a spy, and form an alliance. 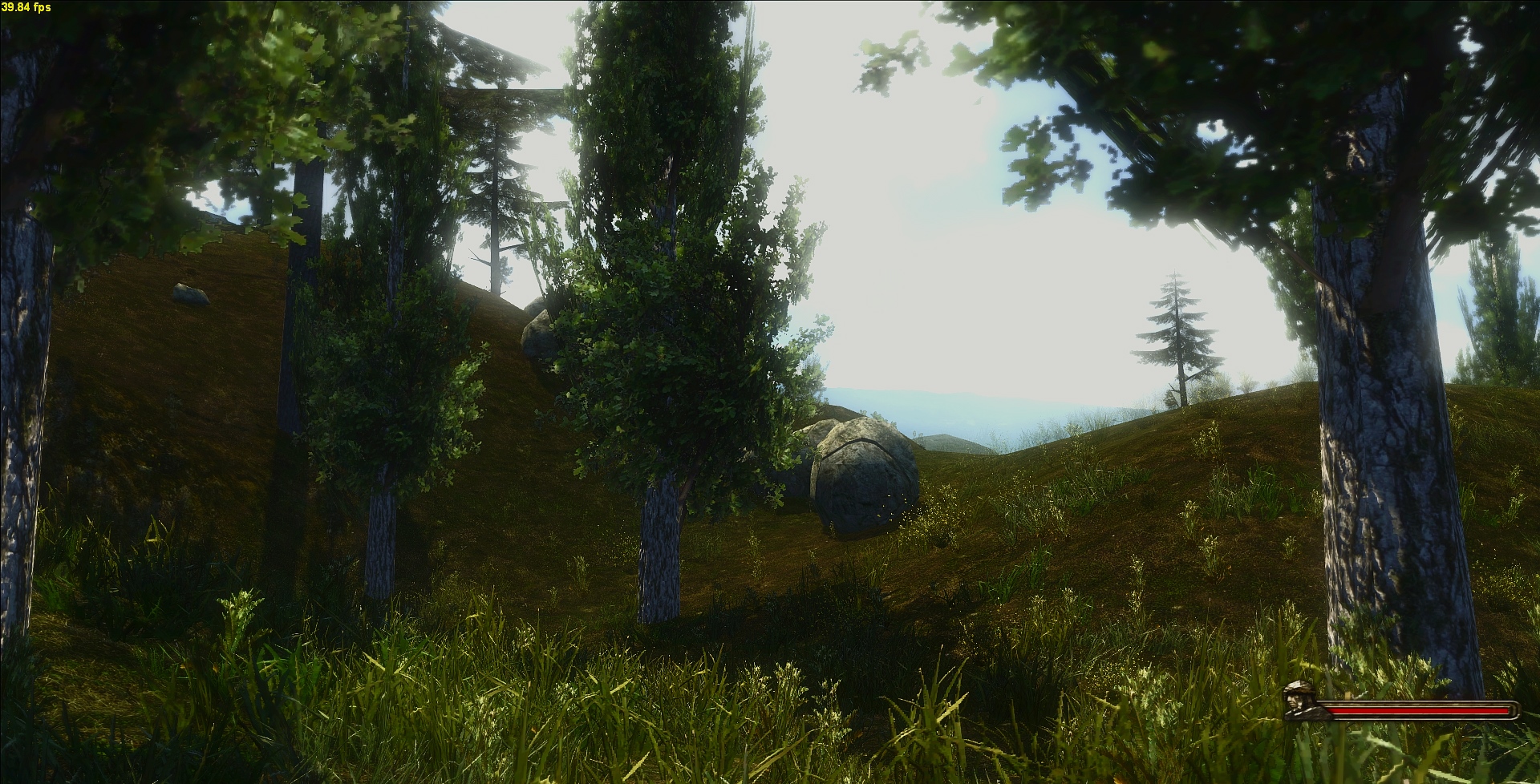 Any gamer knows the struggle of wanting improved graphics without their game crashing, but this mod provides a solution to this problem.

This mod doesn’t affect the game’s natural look, only enhances the graphics so players can enjoy a cleaner look to Mount and Blade.

Because this mod improves graphic quality, this prevents players from experiencing further performance issues such as lag and freezing.

Although this mod only enhances the graphics, it is still a worthy mod to download because there have been many games that would be more enjoyable with just some tweaks to their graphics, and that includes this game!

14. The Bones of Ragnvald 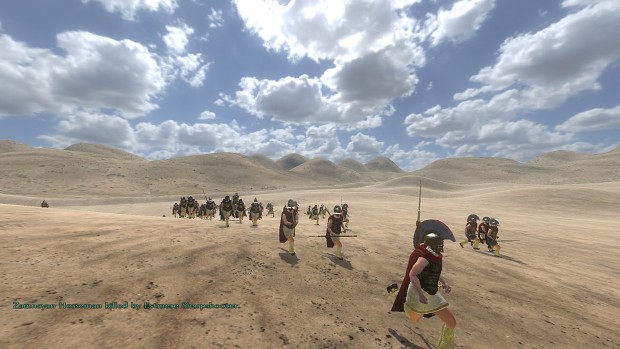 The Bones of Ragnvald adds a new story to Mount and Blade and many new features and changes to the game.

This mod has been updated more recently but was originally released in 2018 and started with seven towns receiving new scenes, additional minor factions, a new voiced intro, two new companions, and an updated campaign map.

The mod developers also fixed some minor bugs, updated some items, and added more music to the game’s soundtrack! The towns that received the new scenes include Durovernon, Akrendos, Cairnloch, Adurni, Duniadh, Knosson, and Nordenfjoror.

The original Mount and Blade feels more expansive and revitalized with this mod.

This mod is settled in the medieval middle east and eastern Europe and, according to the dev, is also based on the mod, Sands of Faith.

This mod adds a new storyline following the fall of the Western Roman Empire and the events that had taken place after a war in 602.

There are six factions included in this mod, as well as several new features. These features include a historical map and new map icons, new banners, new armor and weapons, and additional music to the soundtrack, among many more additions.

Other features of this mod come from the Sands of Faith mod, which includes an advanced diplomacy system, quick battles, sea travel and battles, voiced battles, new scenes and animations, events with choices/consequences, and many smaller details. 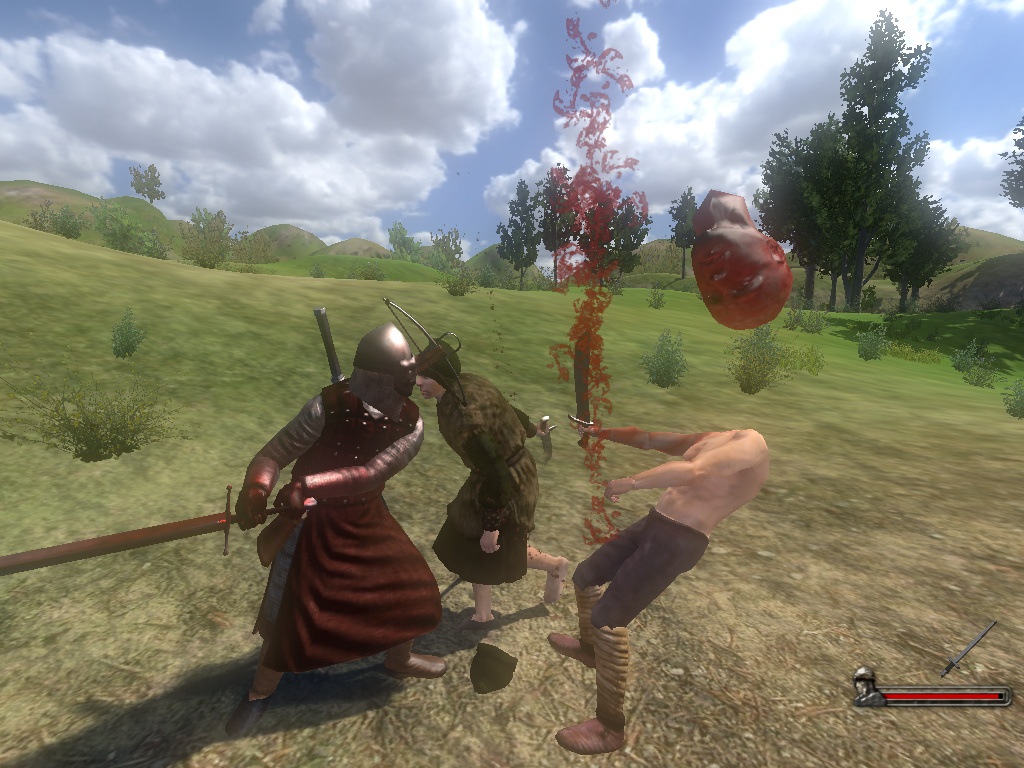 Okay, this one’s simplistic and a little bit mindless, but small mods can be just as fun as big ones. As the name implies, Decapitate and Dismember adds the ability to lop off enemies’ heads and limbs during combat.

Mount and Blade is already a grimly realistic portrayal of life and war in medieval times, after all. A little more dark realism just feels right. 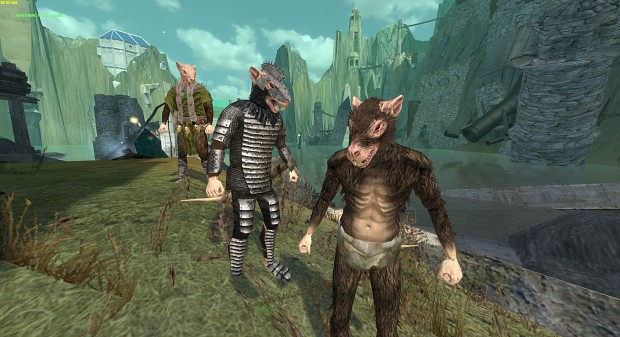 If you’re a fantasy fan with a taste for the more over-the-top sort of setting, then Warsworn Conquest is probably the mod you’ll want.

It’s set in the vicious and bloody world of the Warhammer tabletop game, with all the factions, soldiery, and general mayhem of the setting.

It probably makes for the sharpest contrast with the grounded nature of the vanilla game’s setting, but the mod makes it work well. 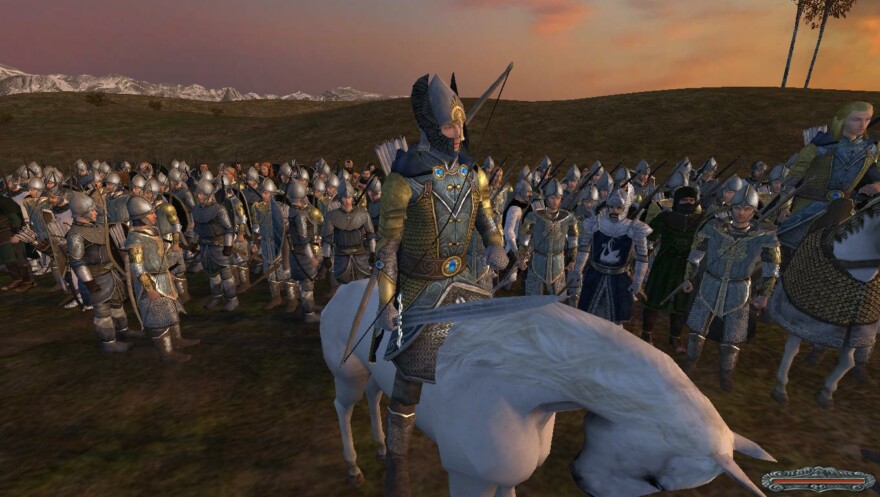 Don’t worry, though. The more classic fantasy settings haven’t been neglected either. The Last Days transforms the setting into the world of Tolkien’s Middle Earth.

Set during the War of the Ring, the game implements all the factions and races from Tolkien’s genre-defining world, faithfully recreating the various factions and divisions established within the books. It’s simply a must-play for Tolkien fanatics. 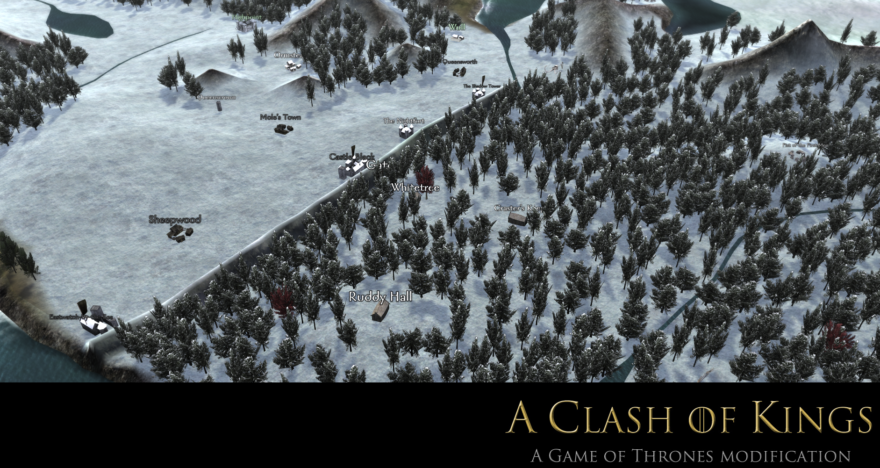 No medieval-themed game would be complete without a Game of Thrones mod. There are, naturally, several for the Mount and Blade series, but one of the most well-regarded is Clash of Kings.

The mod recreates the immense world of Westeros and Essos and is set during the Five Kings War, allowing the player to take control of any side in the conflict.

It’s the sort of scenario that Mount and Blade‘s mechanics are perfect for, and there are folks out there calling this mod better than most official game adaptations of Game of Thrones. 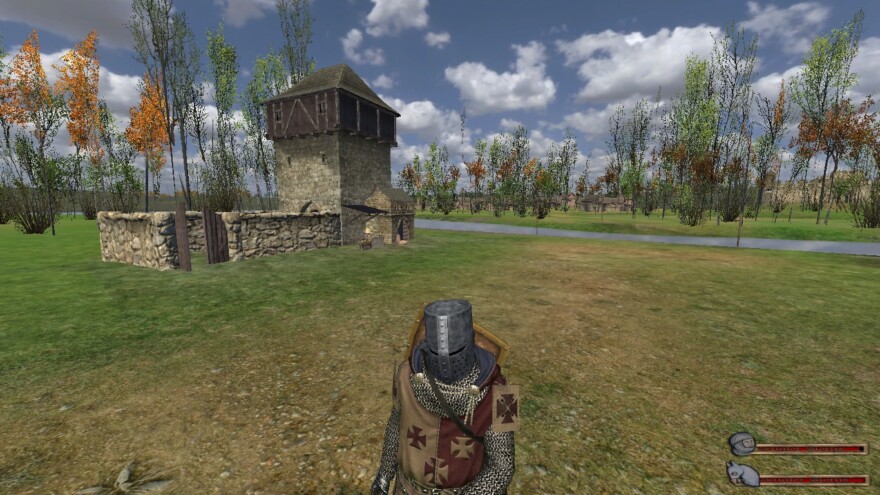 Anno Domini 1257 is a mod that takes the original game’s dedication to realistically recreating the medieval world and goes all the way with it.

Directly modeled on Europe in the year 1257, this mod adds to directly recreate the period.

It adds more than forty new factions, each modeled after a different civilization established in Europe, encompassing every region from Scandinavia to the British Isles, North Africa, and the Middle East. It’s basically a history nut’s dream. 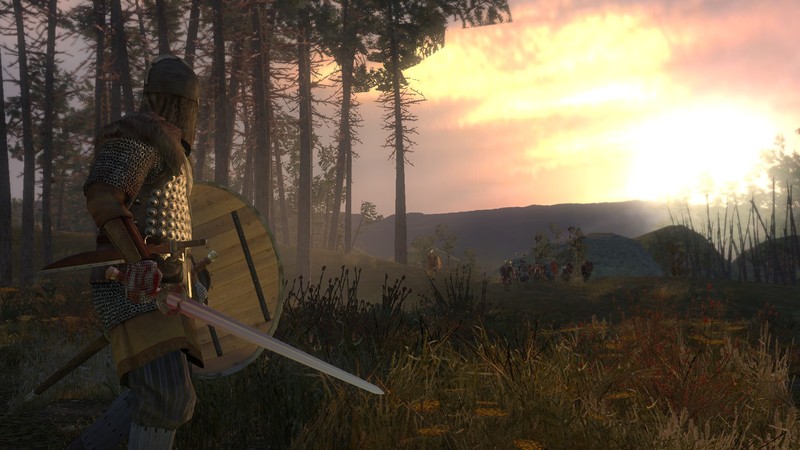 Given that this mod’s developers were later hired to develop the official DLC Viking Conquest, you can be pretty confident that it’s a solid one.

Much like Viking Conquest, Bryenwalda, as the name implies, transforms the game’s setting into the British Isles during the Dark Ages.

Recreating the Saxon invasion, the mod pits Angles, Saxons, and Jutes against each other, putting the player right in the center of this grim and bloody period in Britain’s history.

It lacks the narrative of Viking Conquest, but it’s still a fascinating recreation of history. 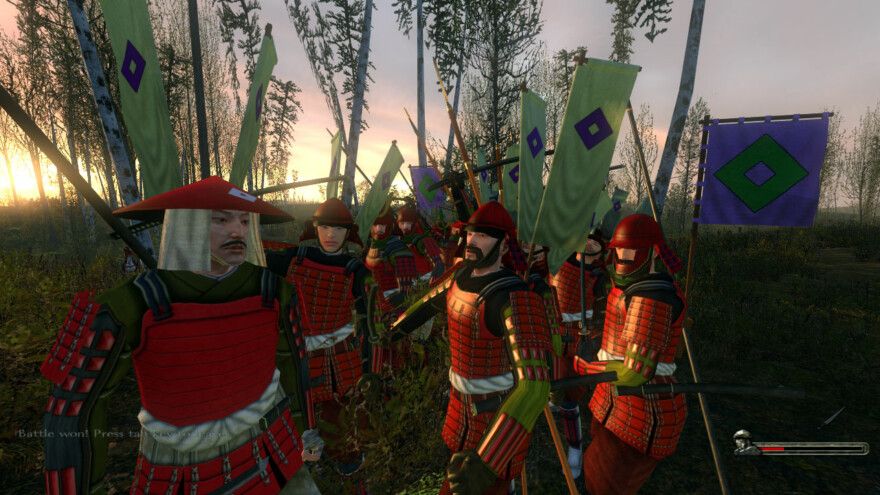 Several of Mount and Blade’s official DLC took the player to various historical settings across the globe, but none have yet attempted to recreate feudal Japan. Luckily, we’ve got Gekokujo to fill that void.

Set in Japan during the Sengoku period, one of the most tumultuous times in the country’s history, this mod faithfully recreates the unique armor, weapons, soldier, and factions (more than 20!) of the era.

It’s a fascinating shift from the more European-themed aesthetics Mount and Blade players are used to, and the narrow map modeled after Japan offers a highly different experience from the open, sprawling setting of the original. 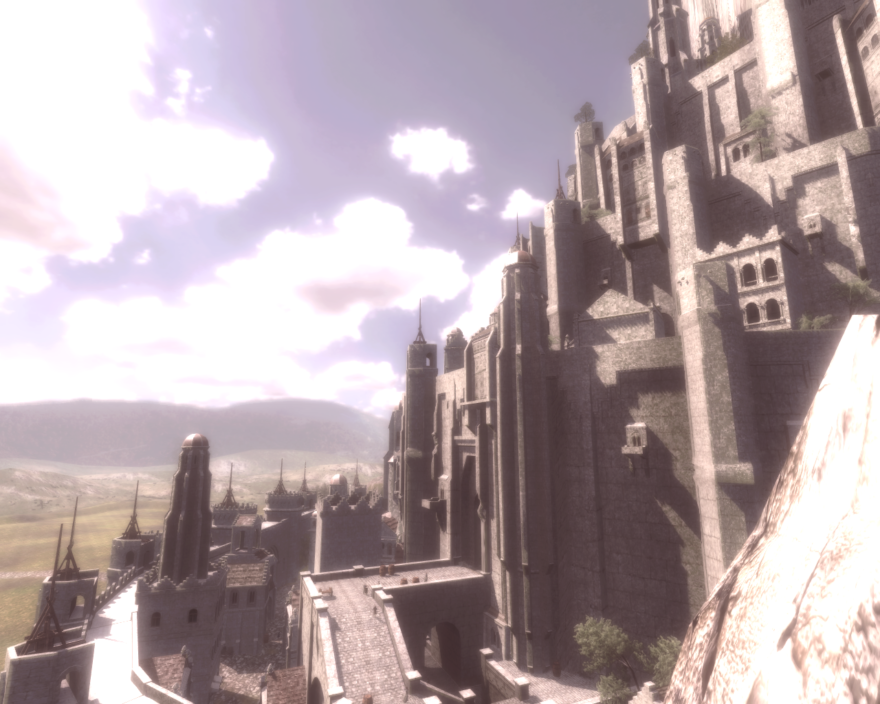 Another mod that builds on the existing world rather than altering it, Nova Aetas centers on bringing the world of Calradia forward a few generations, bringing it to the point where the medieval era is coming to an end, and civilization is advancing into a new age.

The player is made to feel directly involved with the mechanics of how the new era is evolving and altering society. Great emphasis is placed on civil matters such as building and crafting.

It’s a refreshing instance of a historical game, acknowledging that there was more to human society over the years than just warfare. 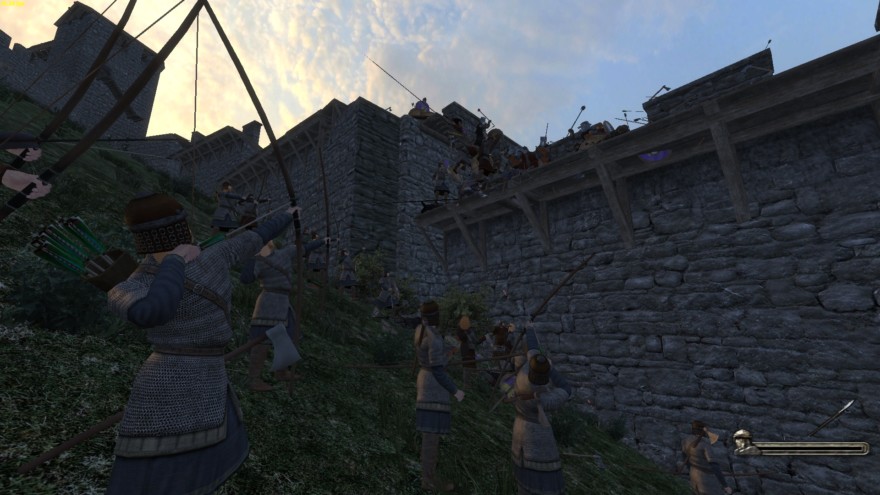 If you’d prefer a mod that builds upon the established rules of the Calradia setting rather than giving it a new twist, you might want to try the Sword of Damocles: Warlords mod.

A sequel to the Sword of Damocles mod made for the original Mount and Blade, this mod manages to really feel like a genuine expansion pack.

Centered around the land of Calradia being invaded by a new faction modeled after the Roman Empire, the whole thing feels like a very organic development of the established setting.

This is all topped off with a re-tweaked set of factions and a game world three times the original size. 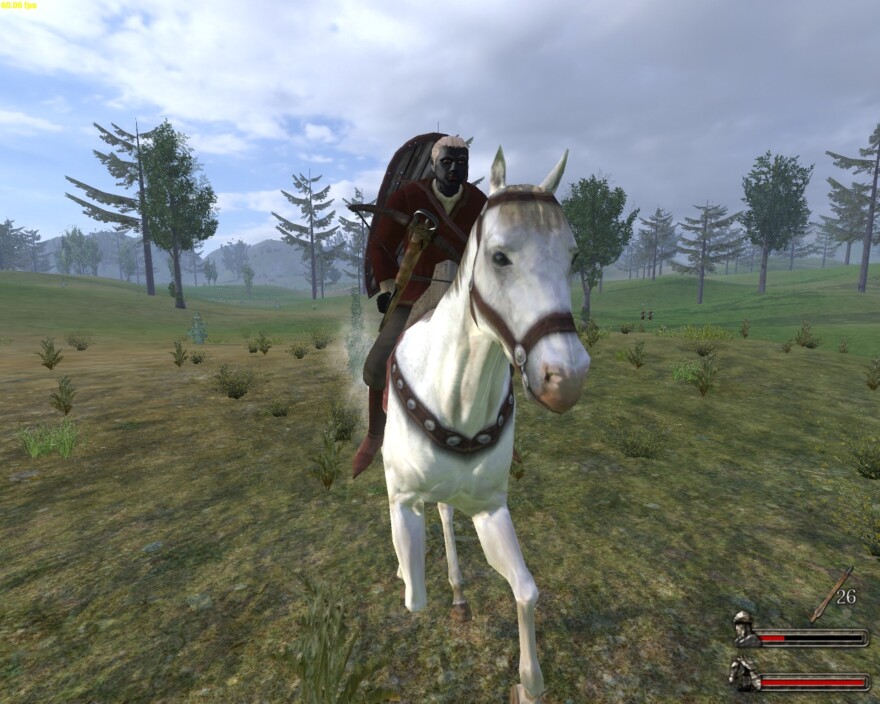 If you’d prefer a more traditional, Tolkienesque high fantasy setting or just aren’t ready to leave Calradia behind completely, then Phantasy Calradia might be the mod for you.

Taking a log of cues from Dungeons and Dragons’ Forgotten Realms setting, the mod adds a number of new factions in the form of traditional fantasy races (elves, dwarves, orcs, and so forth), as well as an extensive magic system and new items for each faction.

It’s ideal for when you want to add a more fantastical, escapist twist to Mount and Blade’s ruthlessly realist setting. 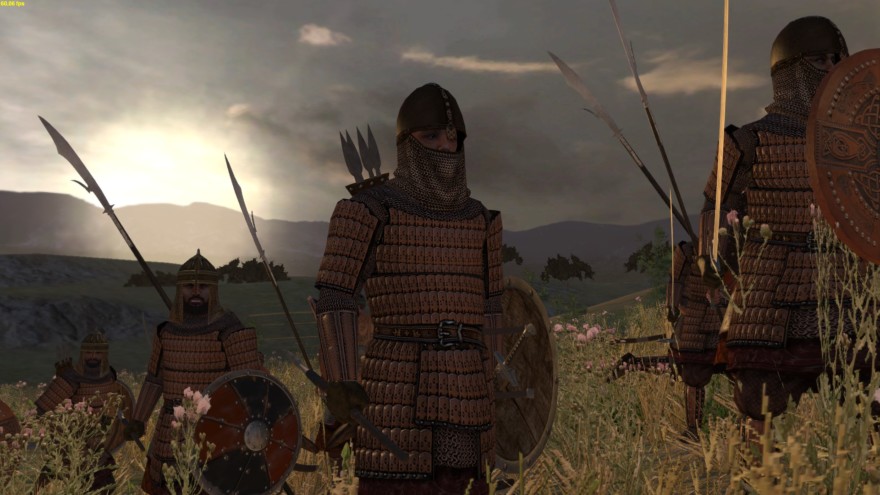 The Mount and Blade series is extremely grounded and realistic take on the medieval setting, but many mods like to add a fantastic spin to it. Prophesy of Pendor does this but in a more muted way. The plot is set in Pendor, an extensively developed original low fantasy setting.

The mod itself is noted for being challenging and should only be played by Mount and Blade veterans.

However, between the entirely new backdrop, the enhanced battle AI, and the variety of new features such as the Knighthood Order system, this mod is perfect for those who want an almost completely new experience, backed by the basics of the Mount and Blade engine. 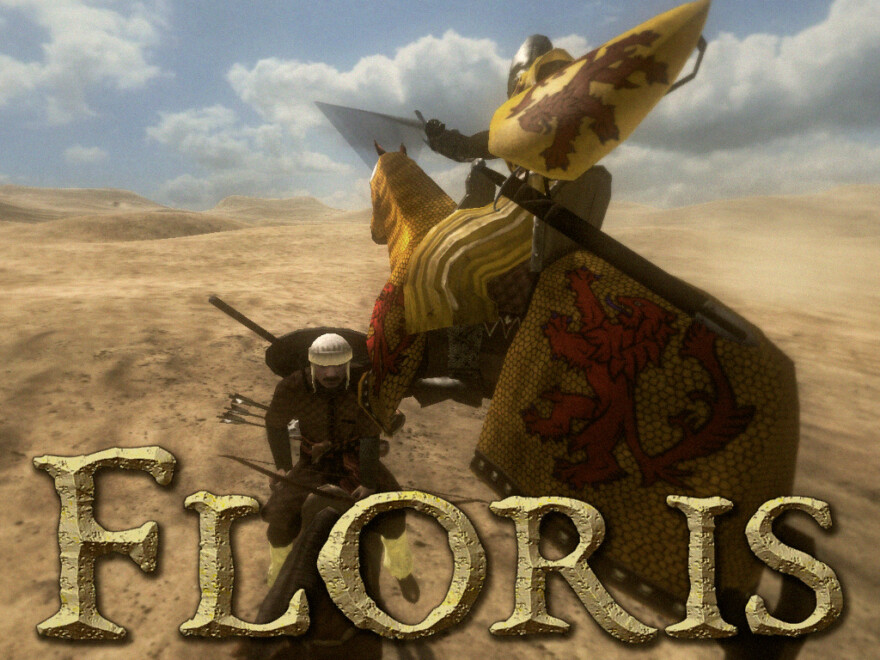 Every game with a big modding community has at least one mod pack that gathers together all the essentials. The Floris Mod Pack is the leading one for Warband.

This pack gathers together a great collection of essential mods, which fix game issues and alters the experience in a great variety of ways.

It’s ideal for the player who knows that they want a new Warband experience but isn’t too bothered about the specifics.