The Sims 4 has a huge collection of mods made by the community. A large part of this is called CC, short for “custom content” made by the game’s fans.

These are anything from new custom-made clothes, hairs, makeups, skins, build objects, furniture, and more. These don’t change the way the game behaves but adds new content for you to explore and inject into your Sim’s world.

A more specific part of the aesthetics of your given Sim can be with their scars. Whether they be part of the backstory you’ve made or ones you want to develop throughout your playtime, here are 10 CCs to add scars to the Sims in the game. 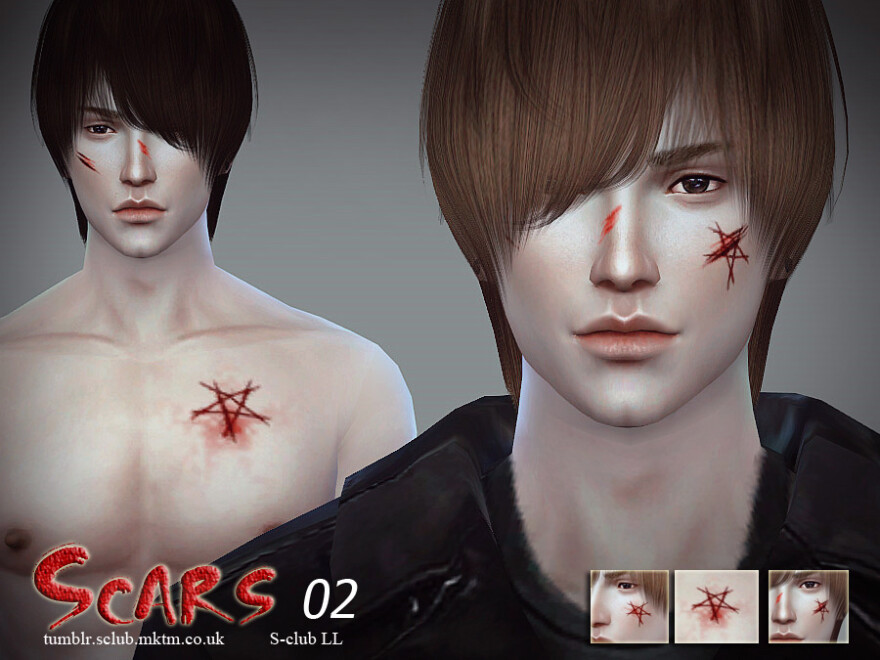 S-Club LL Ts4 Scars 02 adds a Simple star-shaped scar for both the face and body. Having a fairly messy look that sort of implies self-harm has become a new fashion.

It’s also the perfect scar for any of your darker Sims who might have some mischievous plans for the future. 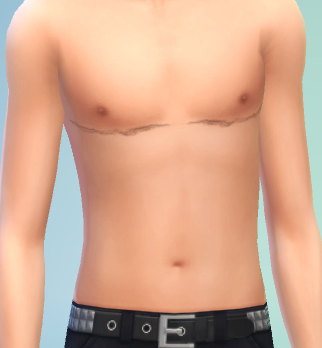 If you wanted to make a trans Sim or decided to change the gender of one mid-playthrough, with Top Surgery Scars for Transmasculine Sims, you can give that look. Well, for trans men, at least.

Adding two Simple scars right under the chest that looks very clean, giving the impression of surgery, is the perfect mod for this community. It also helps add that extra layer of character to your trans Sims. 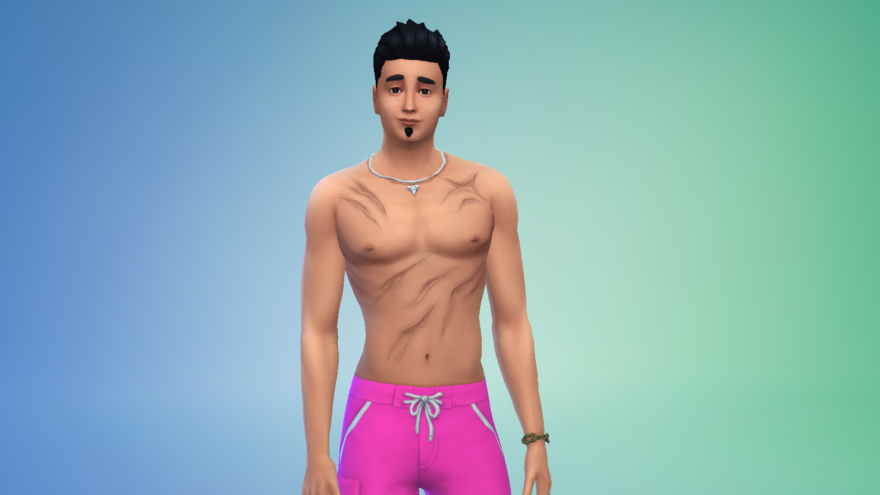 Making a new Sim and wanting them to be a mermaid? With Shark Fight (Body Scar), you can get that mermaid look but beefed up. Yes, the name suggests what you’re thinking.

The CC adds a scar to the game that looks as if the Sim has had an encounter with a large animal, especially ones with large teeth.

With multiple large marks suggesting multiple large cuts made at once all along the front and back of the body, it does give off a strong impression. Finally, you get Sims, who’s rough and tough wherever they go.

If you’re looking for a handful of Simple scars to choose from then, Facial Scars delivers.

Adding 10 Simple-looking face scars to the game, this is great custom content if you wanted to make your Sim stand out but not too much. Facial Scars are available for both male and female Sims. 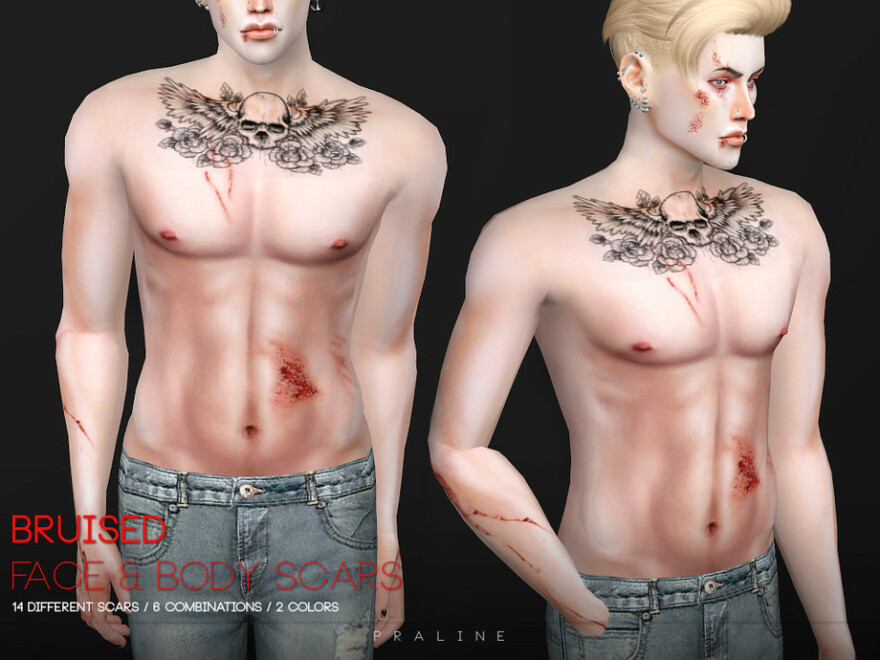 Bruised Face + Body Scars, though, seems like the Sim came fresh out of a fight. Using more toned-down bruises and scars that give a grittier and realistic look to the injuries, you’d easily be given access into The Salty Spitoon if you had this in Spongebob. 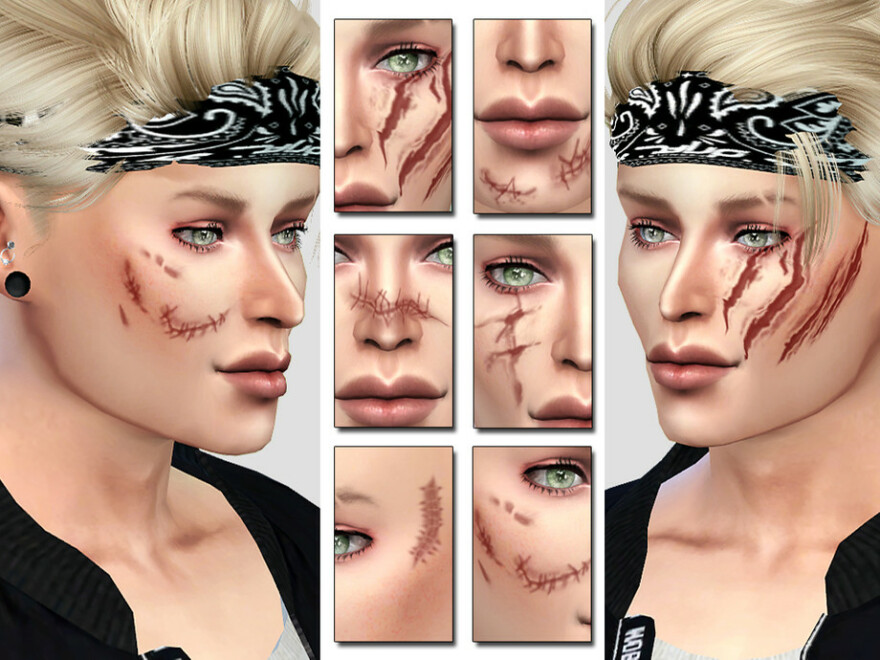 If the more normal scars provided by Facial Scars are not quite enough, then Bad Face Scars bumps it up a notch.

The CC adds 6 very overt-looking scars; you have to be confident with how your Sim looks with these as they do stand out.

But if they look good on them, it should be great as each scar really has a lot of character amplifying whatever look you’re going for with the Sim. 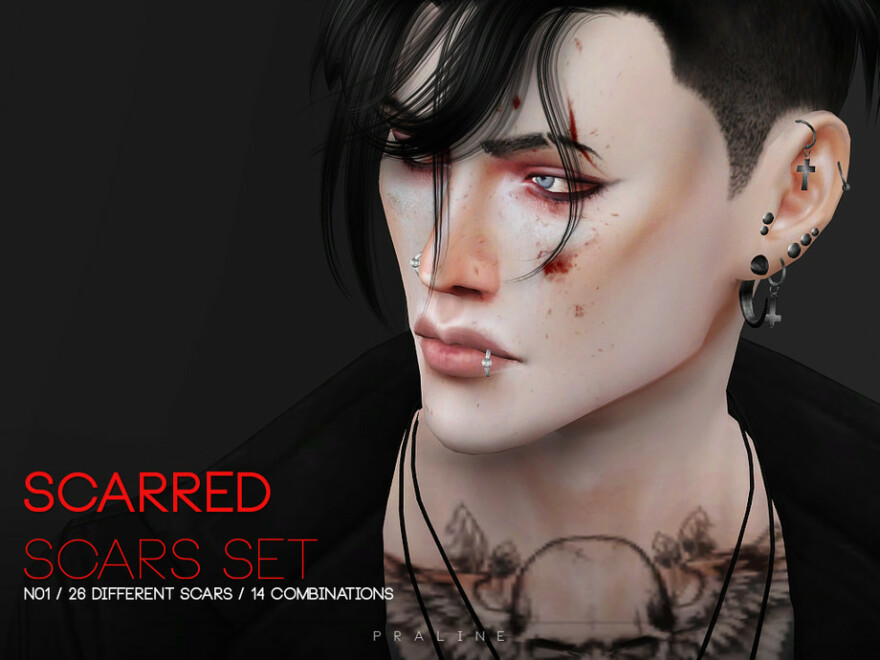 If you’ve browsed several cosmetic mods and found that you enjoyed PralineSims scar mods, then Scarred Scars Set N01 is a compilation of a number of their works.

Having 14 individual scars allows you to mix and match to find what would suit your Sim. These Sims range from quite extreme and bold to more subdued.

The main theme they all sort of share is fighting scars giving your character a more roguish look since they don’t get along with people. So Scarred Scars Set N01 would be perfect for a bad boy character or a tough straight-to-the-point kind of Sim. 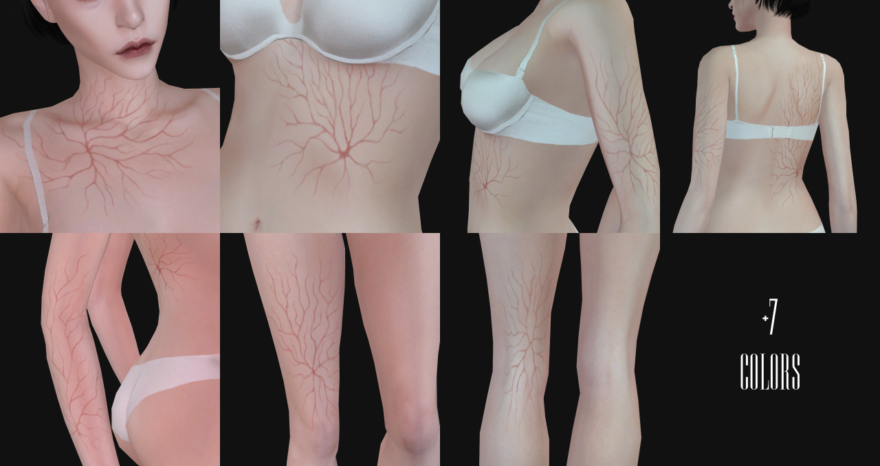 The idea of being struck by lightning is quite unpleasant, but with the chance of scarring that looks quite cool, it may seem less like a bad deal.

Well, if you want the look without the pain for your Sim, then Lightning Scars has got you covered.

Giving your Sim the look of having been struck by lightning in a handful of spots around the body, this CC allows you to choose from 7 different colors as well. This gives a unique look that seems less violent despite the true nature of getting scars like this.

SAMCRO Scars & Tattoos Pack comes with several cosmetic additions to both males and females from teen to elder.

These tattoos range from things like flowers, crows, and spider webs to less nature-oriented tattoos such as The Reaper and a paratrooper.

As for the selection of scars, there are Simple eye scars to chest scars meant to evoke the look of a curse.

So with a healthy variation of both Simple and more specific scars and tattoos, you can mix and match quite a bit creating the Sim that you always wanted. 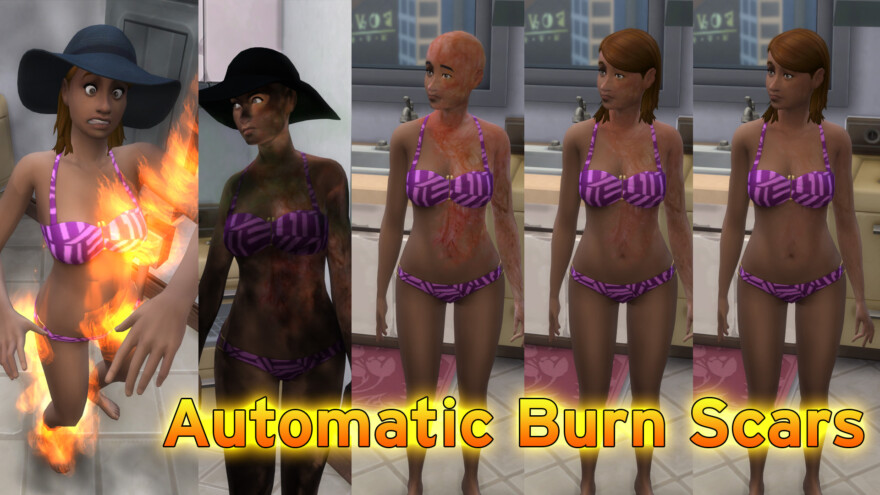 Having played any of the Sims games for long enough, one of your Sims surely has set fire to themselves at some point. When this happens, and they survive, they gain a charred look, and it stays just at that. Well, with Automatic Burn Scars Skin Detail 4.2, it can be taken to the next level.

Whether it’s just to immerse yourself more, or if you’re the type of player to show what’s happened to a Sim, then this cc is for you.

This CC brings realism with it by having your Sim lose their hair and get a negative debuff for a few days as their wounds heal to start, with a 33% chance if the scar covers their left, right, or whole body.

After this, your Sim’s hair will return, and the debuffs lessen until they’re gone. Slowly the scar will transition into its permanent state based on the Sim’s age. Let your Sim’s story be known just at first glance and done naturally without any player input. This CC just adds more power to the realism within the game.