For all you dog-lovers out there, you should know that there is no shortage of canine Pokemon in the entire pokeverse. But if you really know your stuff, do you know which ones are actually wolf types?

If your answer is no, let me tell you all about the top 12 best wolf pokemon ever seen in the series, movies, and even games. 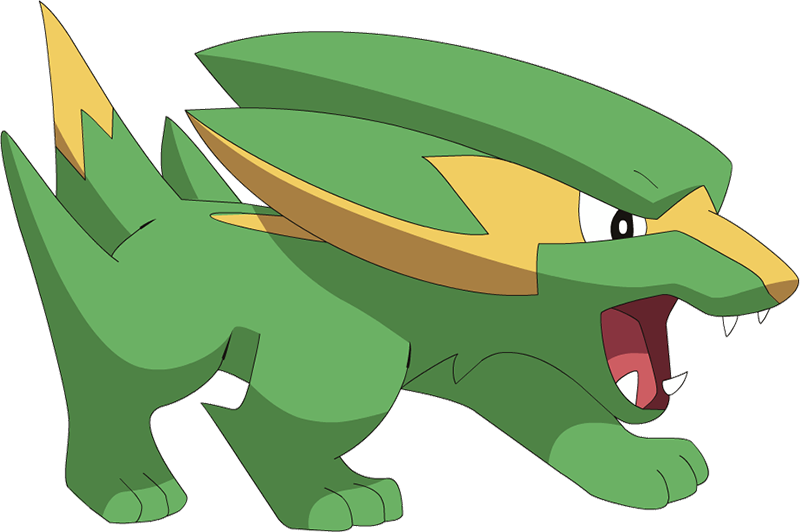 To be completely honest, Electrike is not exactly easy on the eye. It’s considered a travesty in Pokemon’s general aesthetic design, especially gen 3.

Its features are very basic, and the hue of green used to color in its body is just… the opposite of *chef’s kiss.*

Ugly fur aside, Electrike packs strong electricity in its hair, which can be discharged and can injure once the Pokemon is startled.

Over time, you’ll find that it’s not that bad, ugly shade of green and all. After all, we all learn to love even the ugliest dogs as long as they’re good bois, no? 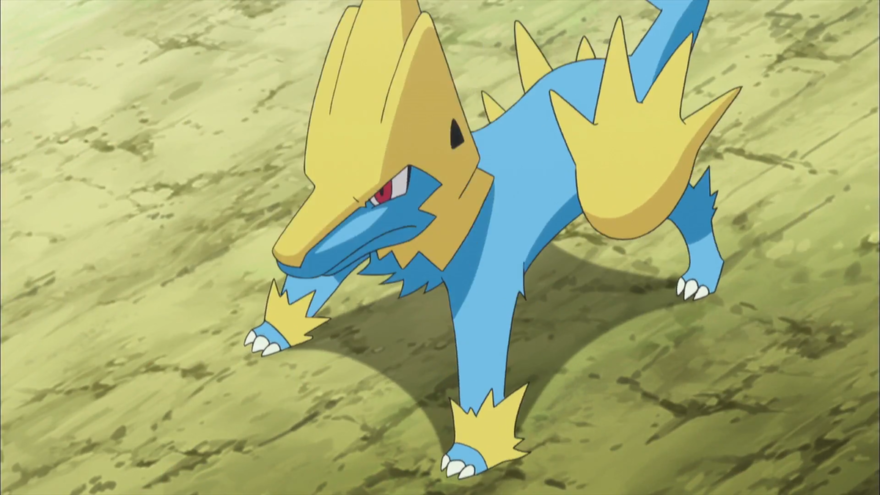 If only Manectric was black and white, or even brown, it would really be easier to think of him as an actual wolf Pokemon.

Don’t get me wrong, Manectric is a wolf pokemon. He’s just an electric type pokemon, so he has to have a blue and yellow design.

Regardless of his looks, though, Manectric has some obviously diehard fans. I mean, why else would he be given a mega evolution that makes him look more like a lightning bolt than an animal? 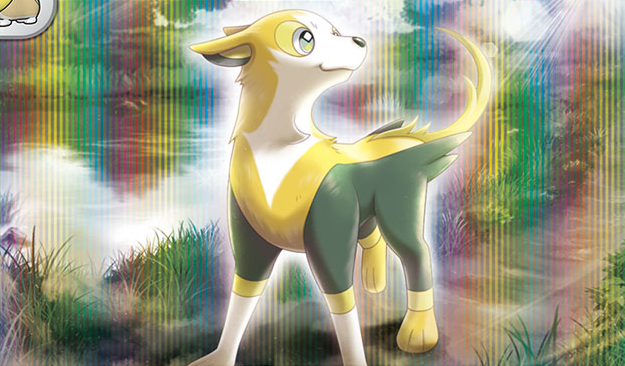 The designers didn’t really go as wild as they did for Electrike and Manectric, but they still made Boltund look straight out of a Disney cartoon than a Pokemon!

Okay, looking at Yamper, it’s easy to see that Boltund might probably not be an actual wolf, but with Yamper and Boltund’s star differences, you won’t notice until you see their color similarities. Side by side, am I right?

His qualifications aside, Boltund deserves to be on this list for being the greatest good boy canine Pokemon there is, at least in the Galar region. 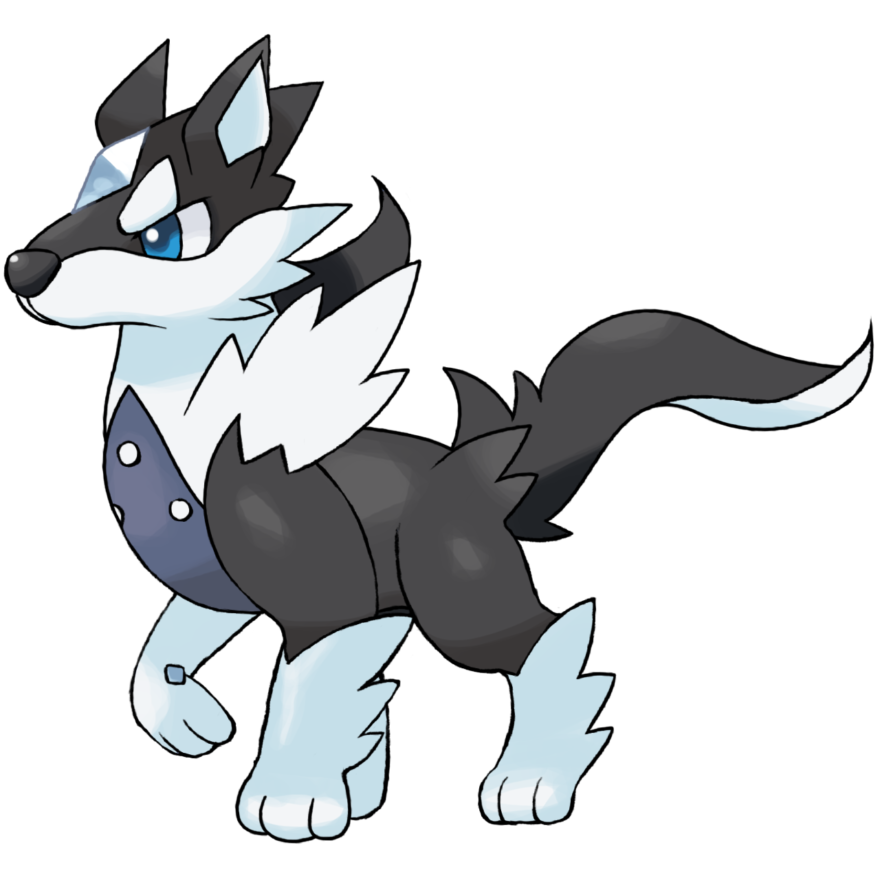 Kousetso may be the exact opposite of Electrike when it comes to the level of adorable-ness. The dark-ice Pokemon is a snow wolf, making it both cute and sleek, like a real-life Husky.

Its triangular, perpetually perked up ears and bushy tail give the appearance that they’re ready to be cuddled anytime, if not for the permanent scowl on its face.

According to the designers, Kousetsu is a mix between a Siberian Husky and an Arctic Wolf. No wonder it’s irresistibly cute! 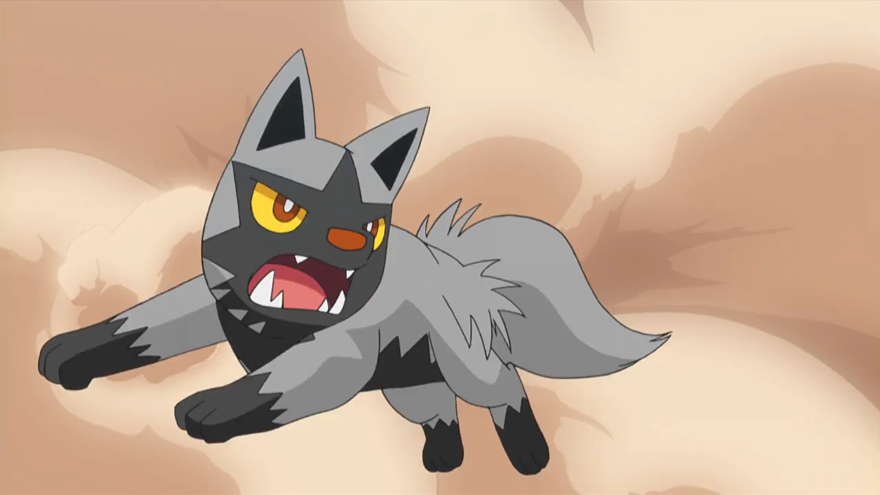 Poochyena is easily the most graceful dog in gen 3. While it looks more like a pooch, beware of its hyena-like teeth! The little guy loves to play-bite, but with those hyena fangs, its playful bites do not feel harmless at all.

The poochyena is a great and loyal companion to have from its young age — and will eat anything you throw at it, like a true lovable pet. 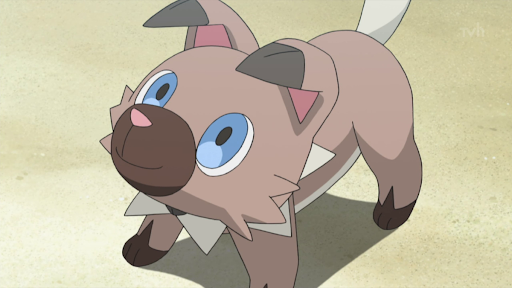 We’ll definitely get into Lycanroc in a bit but for now, let’s give some love to the small but terrible Rockruff. For some reason, while Lycanroc looks so much like a wolf, Rockruff looks like a cute pupper.

In fact, he actually looks more like a cross between a Japanese dog and a fox, except perhaps for his brown fur.

But anyway, he’s this high up in the ranks mainly due to two things: first, he’s the initial Pokemon for Lycanroc. I mean, without Rockruff, you can’t get the epic Lycanroc. And second, he’s just so, so cute that we’d want to adopt him ASAP! 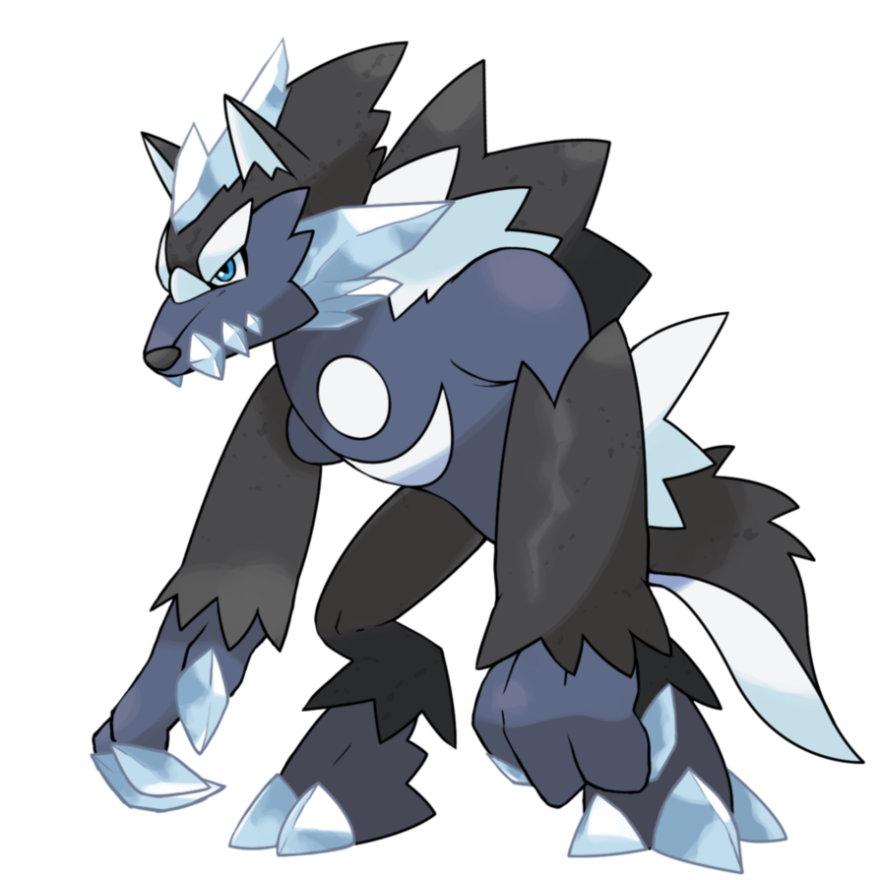 We’ve talked about Kousetsu earlier, and while that mid-evolution is cuter, this final form, the Mangetsu, is much more powerful. It’s more of an Alpha Wolf, with black and dark blue fur that’s just a joy to behold.

Compared to its predecessors, the Mangetsu has long tails and walk on their hind legs when not in a rush.

However, it has the ability to walk on all fours if it wants to maximize speeds. Notably, this Pokemon has three long nails coming out of its feet and front paws.

Though made of ice, the Mangetsu’s spikes are actually brittle but can help this wolf manipulate its icy environment. 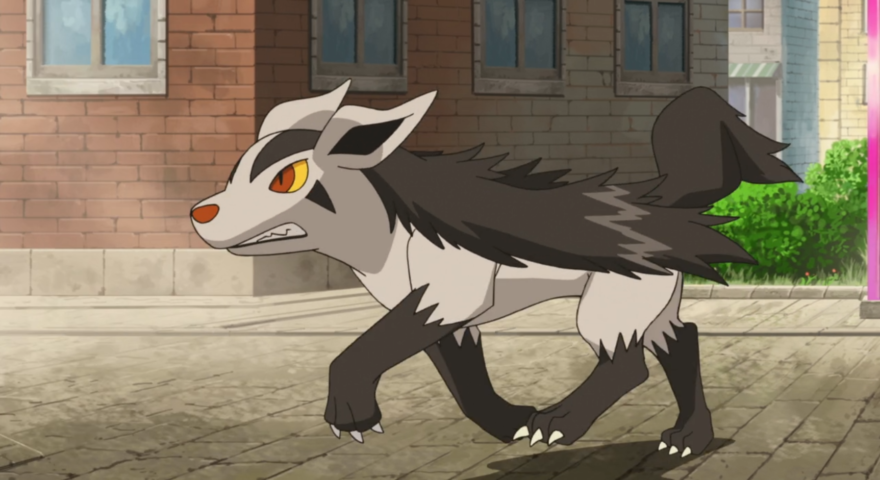 Spend enough time with your Poochyena, and it will eventually transform into a Mightyena. From a cute little puppy who makes your days brighter, it will become a strong creature that can make you feel safe whenever you’re with it.

This Pokemon’s Intimidate ability can make everyone else heel, keeping danger at bay and far away from you.

This ability is much needed in battle because although it’s hard to find a more adorable life companion, the Migthyena’s stats aren’t exactly exemplary.

They may be weak when alone, but they’re practically untouchable when they travel and hunt in packs. 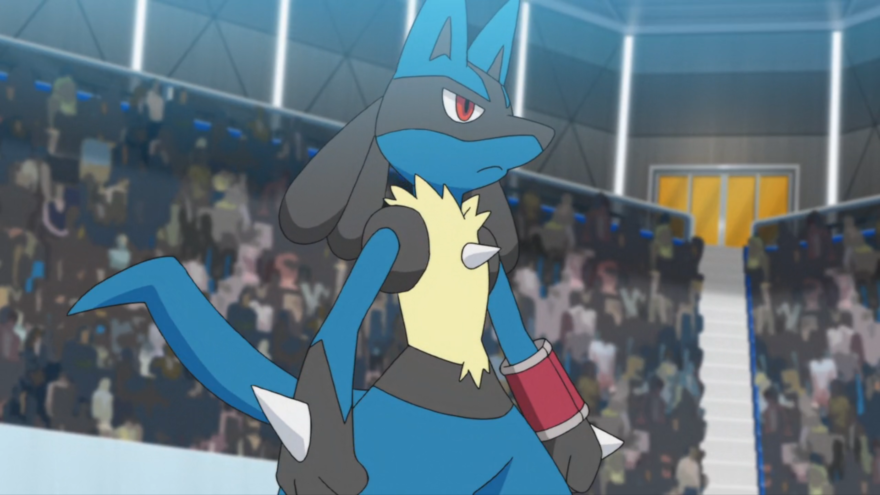 Lucario might not look like your average wolf pokemon, but because he was patterned after the Egyptian god Anubis, who had a head of a wolf, he counts!

For those who play Smash Bros and the like, we all know why Lucario should be among the top on this list.

He’s just so fun to play and incredibly powerful, too! I wouldn’t want to get caught in the middle of his Aura Storm! 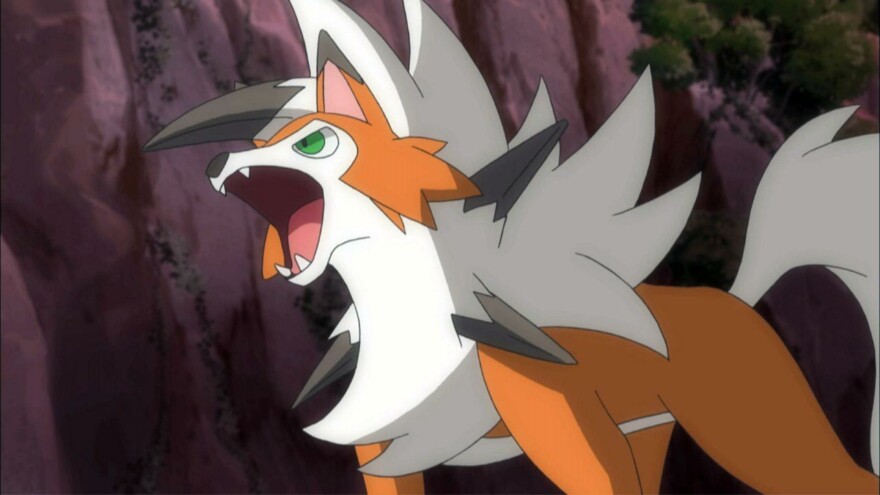 While the other canines in this list are more closely related to domesticated poodles, the Lycanroc is a pure wildling. It has three forms: midnight, dusk, and midday, and would sometimes take the appearance of an actual werewolf.

Particularly, its midnight form is very competitive and has a cult-like following among the game’s competitive players. Oh, and have you met Rockruff, its predecessor?

I think we’ve all discussed how easy it is to fall in love with that small but terrible monster, who is by a mile the cutest Pokemon puppy ever! 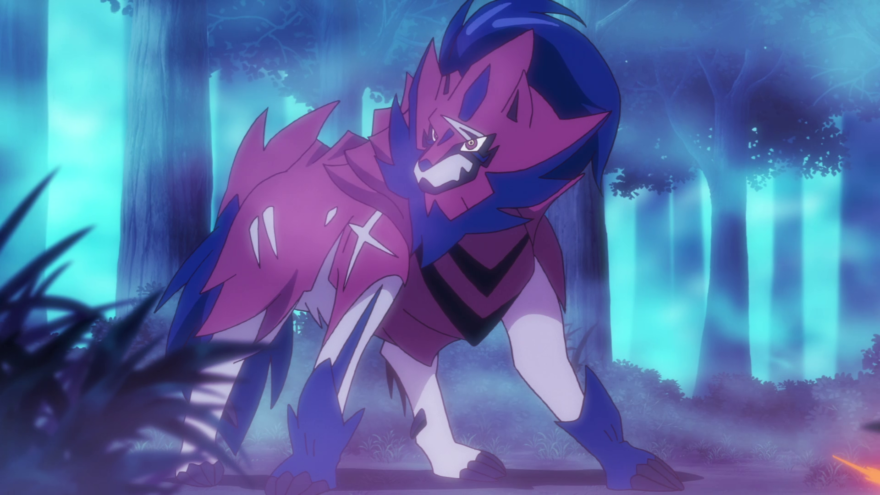 As a legendary pokemon, nothing could really beat the regal-looking wolf of the Galar region known as Zamazenta. And if you’re already well-versed in the ins and outs of Pokemon Sword and Shield, of course, you know that Zamazenta is literally the shield part of this title.

Zamazenta specializes in defense and is known to be the guardian of all the realm creatures, regardless of being human or a pokemon. 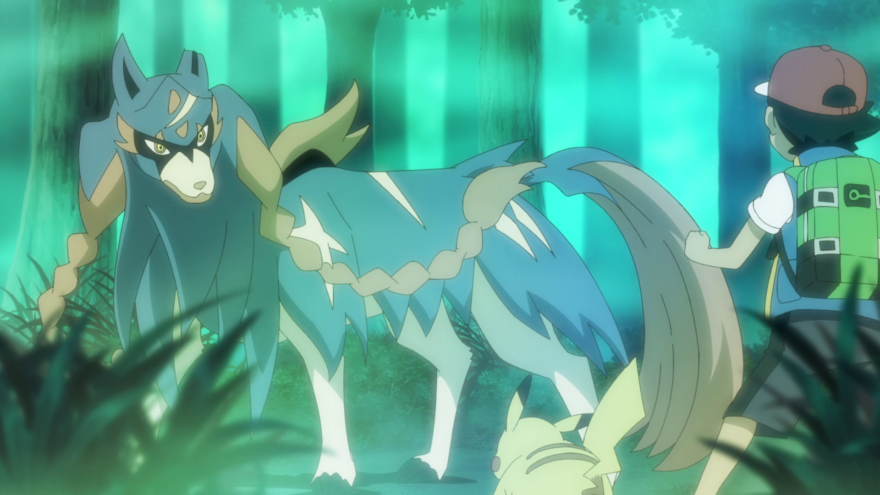 Of course, this list would definitely not be complete without talking about Zamazenta’s counterpart, the all-powerful Zacian.

I have to say this though, nobody explicitly mentioned that Zamazenta or Zacian are actual wolf pokemons, but if you just look at their majestic fur, while it’s not white and black, the patterns actually look like a wolf’s.

I mean, if we compare it to the likes of Furfrou or Snubbull, then the two legendary Pokemon fit the bill.

Going back to Zacian, he absolutely deserves the top spot as the Warrior Pokemon, who wields an actual sword in his mouth!

There you have it — 12 of the best, most majestic, and prettiest Wolf Pokemon ever.

specifically Mangetsu and Kousetsu, these are fan made pokemon for a fan-made game!

two of those pokemon are fake, not official pokemon!