If you’re a chronic pokémon fan like us, you might have seen quite a few fossil pokémons throughout the series. We can see the research going on fossil pokémons in almost all the labs. They are a rare breed of pokémons with interesting origins and innovative powers. So let’s look at the best fossil type pokémons over the generations. 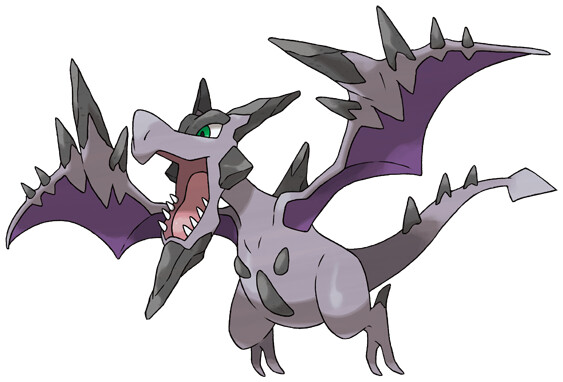 A face ready to devour tons of humans, Aerodactyl is a rock/flying Pokémon you will recognize from miles away. The stats are one of the fastest pokémons in the whole franchise and can easily outdo any competitive fossil Pokémon in battle. Talking about Aerodactyl’s abilities, it never shies away from a good fight.

Aerodactyl is revived by a fossil known as “Old Amber” or “Secret Amber.” Unlike other flying-type pokémons, Aerodactyl isn’t affected by head hitting recoil due to its rocky head.

The true OG fans should be nostalgic reading this name. Omanyte is a cute little fossil pokémon that is just irresistible. It was also one of the earliest fossil pokémons that we got to see. It can be brought to life by a fossil known as “Helix Fossil” that is found on the Mount Moon.

Omanyte is a water type snail pokémon, surrounded by its tentacles. The most interesting fact about Omanyte is its speed, which increases the more it’s hit. So the next time you need a pokémon for those long battles, you know what to choose.

This dinosaur type lily pokémon is revived using the “Root Fossil” in Generation III. Thanks to the interesting design and powers, Lileep takes a spot on our list. If you like a trap expert pokémon, you will get along with Lileep just fine. It never gets stuck in the sea, and it’s perfect for trapping other pokémons.

After evolving into Cradily, it develops some of the craziest powers a fossil type Pokémon can have. It can suck any type of water, making it highly effective in fights against water type pokémons 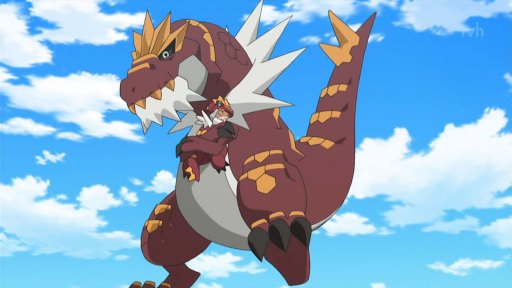 Tyrantrum is one of the toughest looking pokémons throughout the series. Be it attack or be it defense, Tyrantrum is an absolute beast. But it’s particularly effective in the endurance stat. It is revived using the “Jaw Fossil” that was introduced in Generation IV.

Tyrantrum is a pretty unique choice, and its jaw can chew up Geodudes without even flinching. In the pokémon timeline, Tyrantrum went extinct 100 million years ago. Before the extinction, it lived like a literal king.

Amaura is one of the cutest little fossil pokémons on this list. It’s an Ice/Rock Pokémon that is revived using “Sail Fossil.” Amaura can be found in Kalos, and its uniqueness stems from its structure and the beautiful sails that can be found above its eyes.

Not just visually stunning, Amaura can also evolve into Aurorus, which is a solid pokémon to have in your team. But the process might not be as easy as you would think. In combat, Amaura has one of the coolest ice attacks we’ve ever seen. Just like Tyrantrum, Amaura also went extinct 100 million years ago. 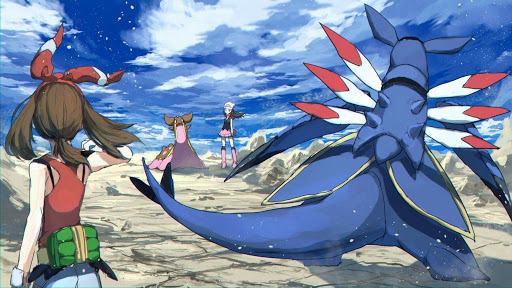 Armaldo is another strong fossil Pokémon in the list. Even though it has a perfect defense, Armaldo prefers attacking first. It is revived using “Claw Fossil” that was introduced in Generation III. Before extinction, Armaldo used to live by the water and dive into the water to hunt its prey.

The large wings on its back aren’t just for show. They help Armaldo for swimming, and its sturdy-looking claws can crack open stones for fun. 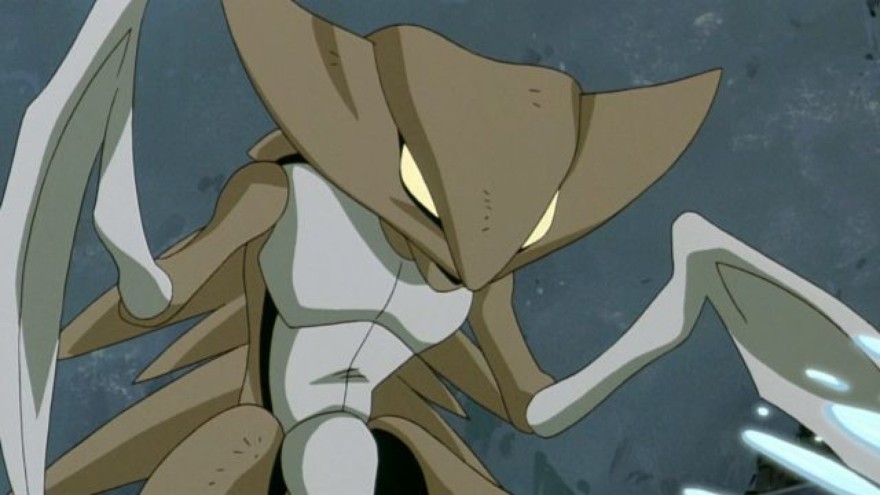 Kabutops is a perfect trump card when it comes to fooling your enemy. On the surface, Kabutops may look like he can’t even fight a Rattata. But, if you’re smart enough, you can progress the whole game using just one pokémon.

Kabutops is a rock/water type Pokémon that possesses a couple of handy moves. It can be reincarnated using the “Dome Fossil.” Kabutops also punches above its weight in defense and speed. Coupled with mad swimming skills and sharp scythes, you have a winner at your hand. 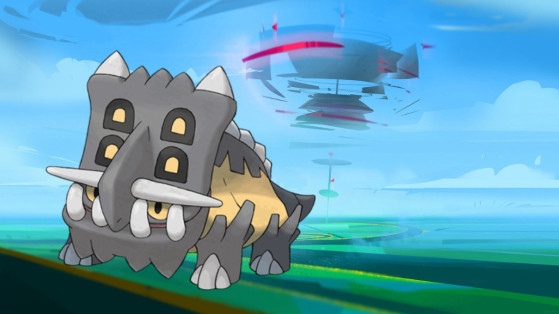 Have you ever seen those Japanese robot cars fighting? Bastiodon looks just like the next candidate for that show. Weird design aside, Bastiodon has a few tricks up its sleeves.

It has great defense abilities, and as a steel/rock type Pokémon, you’re getting more than you’re bargaining for. In contrast to its sturdy and intimidating looks, Bastiodon has always been a rather caring and pure pokémon.

Anorith is a bizarre-looking pokémon, no doubt. It used to live in the sea in ancient times. Even though it has a menacing appearance, Anorith does look pretty calm and composed on the surface.

It is revived using the “Claw Fossil” in Ruby, Emerald, and Sapphire. Team Aqua is also regularly on the move to get this sneaky pokémon. If you’re trying to bump up the defense, Anortith will be a solid addition to your team.

At number 10, we have Archen, which is one of the earliest flying type pokémons in the series. It is a bird slash bug type Pokémon that was revived using “Plume Fossil.” Archen features a flashy design that will make your eyes go Woah! It’s as powerful as it’s beautiful.

Apart from having a great attack, speed, and sneaky tricks up its sleeve, it adds the antique touch to your list. Archen is known as the father of all flying type pokémons. Even though it has wings, it still can’t fly. It is also shown that Archen grows its food by screaming near trees.

It was reincarnated using “Cover Fossil,” and it’s a water/rock pokémon, which makes it immune to steel. An interesting fact about Carracosta is that it used to prey on Omastar and Omanyte. Sounds crazy, doesn’t it? 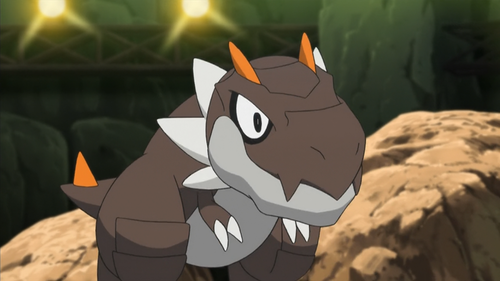 When it comes to an all-rounder fossil pokémon, we have got to give it to Tyrunt. Tyrunt is not just excellent when it comes to attacking, but its defense is pretty reliable too. Despite having a solid defense, it’s not slow at all. Even though it went extinct 100 million years ago, Tyrunt has never been able to shed the spoiled and selfish image.

As the name suggests, it throws a “tantrum” whenever it encounters a problem. However, researchers suggest that it might have been a lot different in its pre-extinct era.

We are finishing off the list with Shieldon. It can be obtained using the “Armor Fossil” from the Mining Museum in the Sinnoh region. Shieldon’s face is the first thing you will notice, and it’s not just for show either. Shieldon used to work with his brute force millions of years ago.

The face armor was so strong that it showed no sign of slowing down by any means. It’s one of the most effective steel/ rock pokémons in history.

Fossil Pokémons are rare, and they possess multiple identities in combinations. If the defense is your ultimate priority, then these can be great additions to your team. You can also make your opponent attack first and then bounce back with double trouble. So go out there and catch them all!