As Pokemon continues to evolve with literally each passing generation, we are introduced to stronger and stronger Pokemon that could very well hold themselves up in any combat. But regardless of the passing time, we know that a ground type pokemon is still one of the strongest types of Pokemon because of their ability to pull off amazing moves that could wipe out their enemies in an instant.

So today, we’ll be listing down the 16 best, brightest, and most fantastic ground type pokemon of all time. 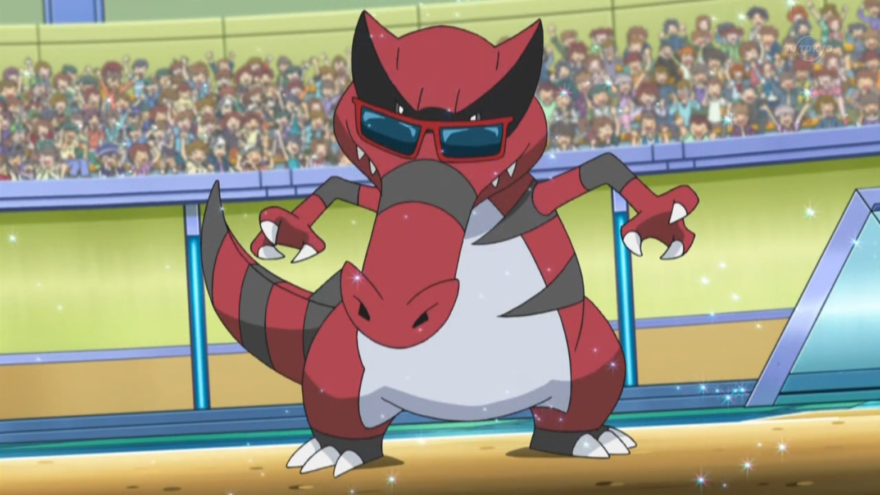 Krookodile is simply a Pokemon that you’d want to back you up whenever you’re in a pinch. Krookodile is known for being bold and decisive and can whip up some crazy amount of damage, especially as a hybrid ground and dark type.

Krookodile proves it’s the ‘Bully of the Sands’ with its moves like Mudslap and Snarl. But while its attack and stamina are pretty great, it has too many weaknesses for my taste to be among the very best. 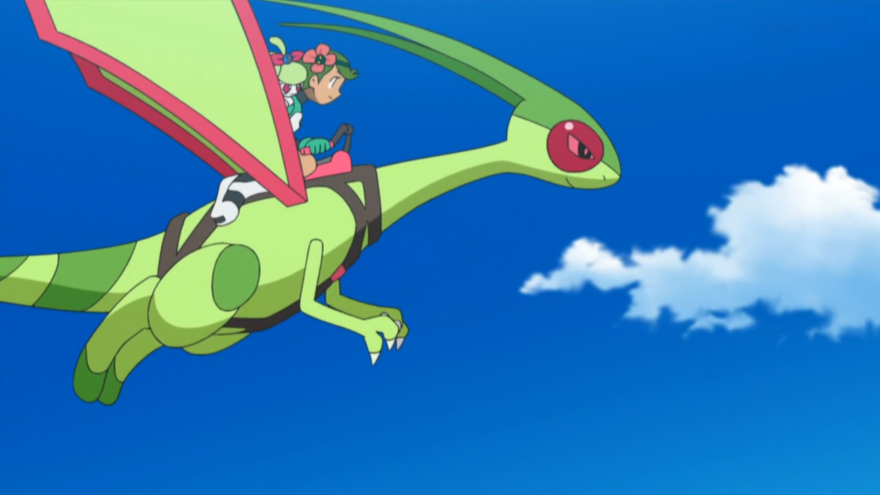 Never mind the fact that Flygon is simply the most confusing Pokemon in terms of typing. One can’t be faulted for assuming that it’s a fly-bug type, but in reality, it’s part-dragon, part-ground. In fact, this moment of confusion might be all you need to distract opponents from the fact that Flygon will be causing an earthquake one second and then be dispensing dragon breath the next.

Any trainer in the Hoenn region should try to raise a Flygon and teach it to Levitate. Trust me, it won’t disappoint, except in extreme cases where it meets its nemesis: ice Pokemon. 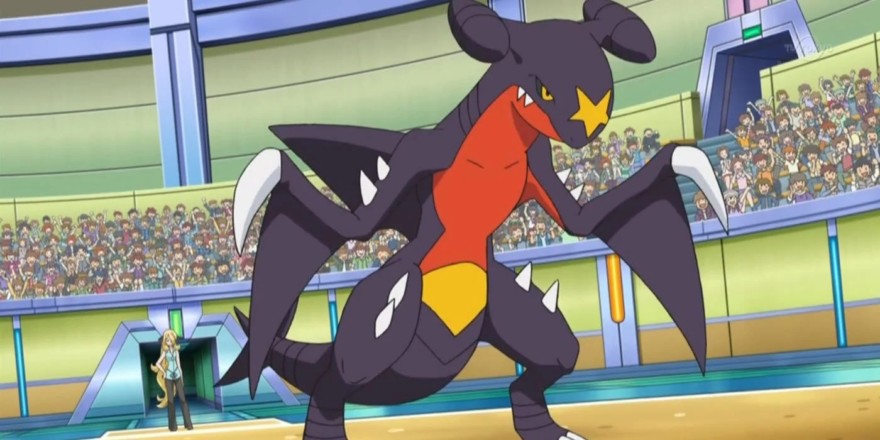 As a hybrid ground and dragon-type, Garchomp pretty much looks like a shark! But don’t let his looks fool you because he’s definitely a mean, mean beast. Just look at his spiked body and see for yourself!

Cynthia’s Garchomp made it pretty clear that humans and Pokemon alike should learn to steer clear of this one, well unless you have an ice-type pokemon that can counter this behemoth! 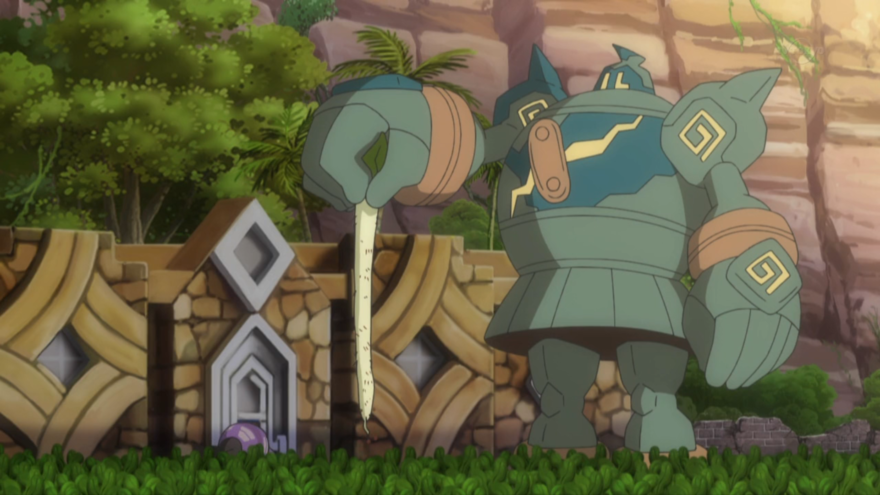 As its name suggests, Golurk is one tough and heavy-duty Pokemon. He looks like an actual golem that wears armor to hide its teeny tiny head. Because Golurk is a ground and ghost dual pokemon, it can actually tap spiritual moves to attack while using the Earth’s power to defend.

A word of advice, if you encounter Golurk in the wild and you attempt to catch it in Pokemon Go, be sure to have a water-type ready for it. Whip up something as big as Blastoise, and I’m pretty sure you’d be good to go. Otherwise, just leave the massive titan alone. 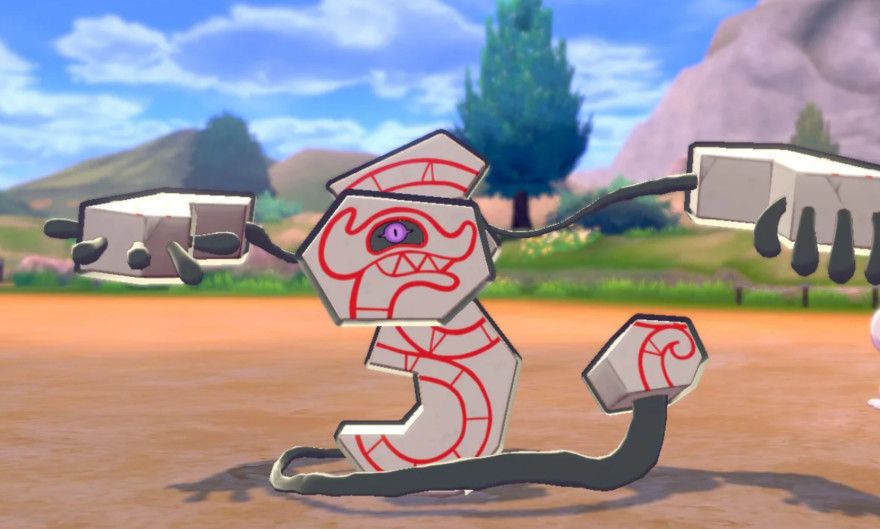 When ‘Pokemon Sword & Shield’ was released, fans were introduced to a new generation of Pokemon, including Galar variants of our old favorites and new evolutions of our old friends, or Pokemon that are already in existence. So if you’re wondering why Runerigus looks eerily familiar, know that it is but a new evolution of the ghost-type Galarian Yamask.

Runerigus is the best of both worlds. It can exercise dominion on both the physical and spiritual Pokemon planes as a ground-ghost type, making it an unstoppable force to be reckoned with. 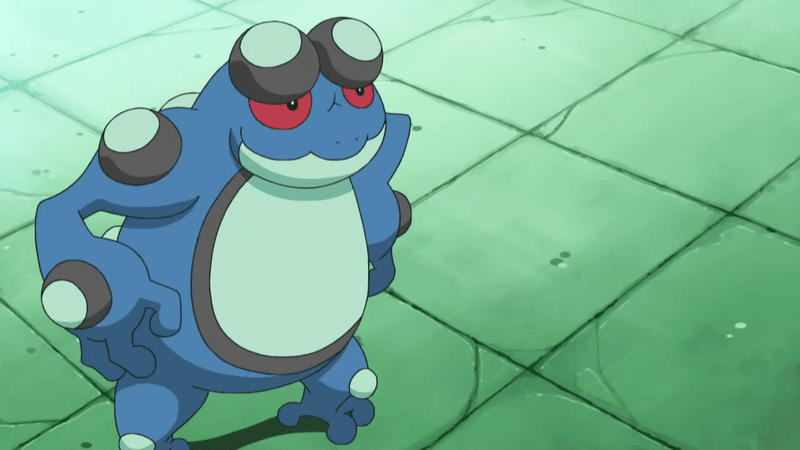 Ground and water duals are always a joy to watch, although they prove to be such a pain for trainers who start with water of fire types. Its unique physique is just one of the many noteworthy things about Seismitoad, but one that bears noticing anyway.

It has a shiny form, thanks to the blue coloring exchanged for a cooler green. It does share some hues with the Poliwrath, but you can quickly tell them apart because, well, Seismitoad looks more like a frog than anything else.

The third generation of Pokemon was introduced with their final forms, all dual-typed. As mentioned earlier, trainers had such a hard time dealing with ground-water pairs like Seismitoad and Swampert.

In actuality, though, all you need is one glimpse of Swampert to realize that this is not one Pokemon you can mess with. It can beat opponents whether on sea or on land, thanks to its innate duality. 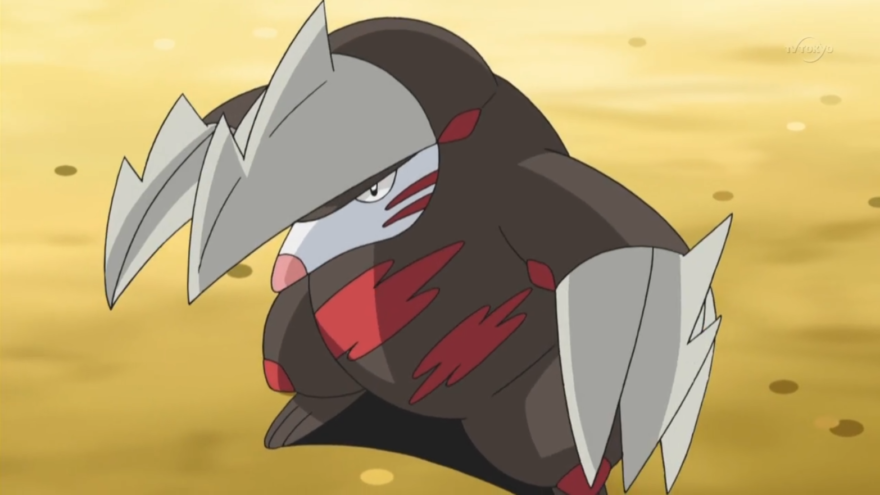 Excadrill works best as a pair with an electric type pokemon because of its ability to learn moves like Iron Head and Earthquake. This mole-like Pokemon can do so thanks to it being a ground and steel type.

Growing up from a cute and cuddly Drilbur, Excadrill can definitely dish out tons of damage with just its metal claw and drill run combos. While its actual defense stat is pretty low, Excadrill can take a hit as a debuffer for any spikes or binding moves that can stun its allies with its Rapid Spin move. 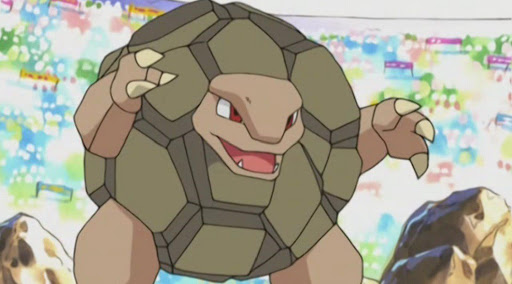 If you’re one of the diehard pokemon fans since the very beginning, it’s impossible for you not to be aware of Golem. Everyone knows just how klutzy this big boulder-head is, especially when it tries to actually roll off like a boulder!

Golem has been one of the most favorite ground type pokemon (although he’s also a rock type) because of its incredible stats and intimidating look! 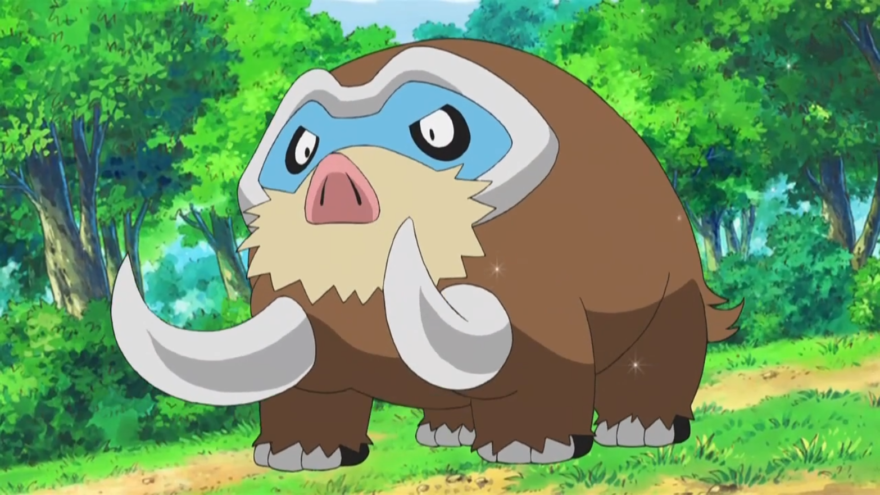 To be honest, mamoswine looks nothing like a ground-type pokemon, but it pretty much really looks like a cross between a mammoth and a hog, which allows it to be a pretty accurate ground and ice hybrid pokemon. With a mamoswine on your team, you could pretty much guarantee a win if you’re facing non-flying Pokemon.

Its earthquake and ability to freeze its opponents from where they stand usually comes in handy in a fight. Add that to its other moves like powder snow and bulldoze, Mamoswine is easily among the strongest ice types, too. 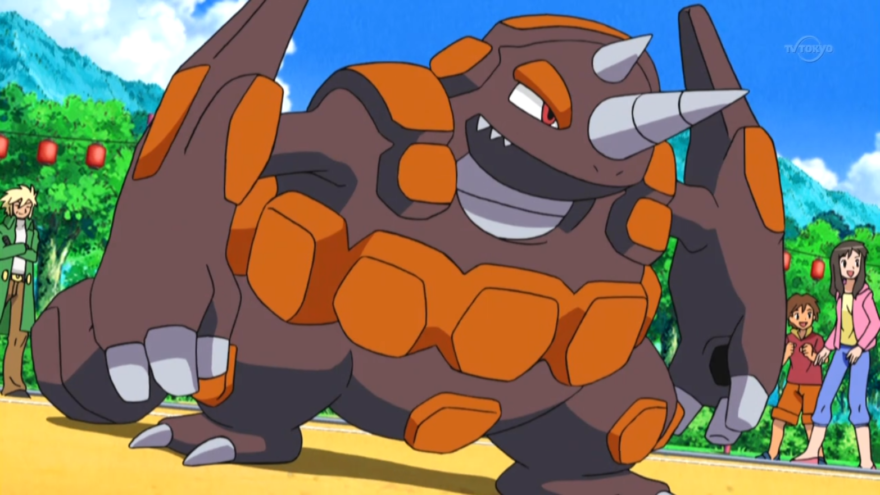 With one look at rhyperior, you know that he’s built to be your team’s defensive leader. And if this is a list of the best rock types, Rhyperior would probably even be ranked first in some ways.

The thing is, Rhyperior is a really awesome pokemon, but people frequently overlook him because he isn’t as flashy as the rest, and he evolved from Rhydon, who is actually one of the first-ever Pokemon in the entire franchise!

But of course, Rhyperior is not invincible and can take twice as much damage from water and grass types because of its characteristics. Still, a trainer who knows how and when to use Rhyperior will never lose. 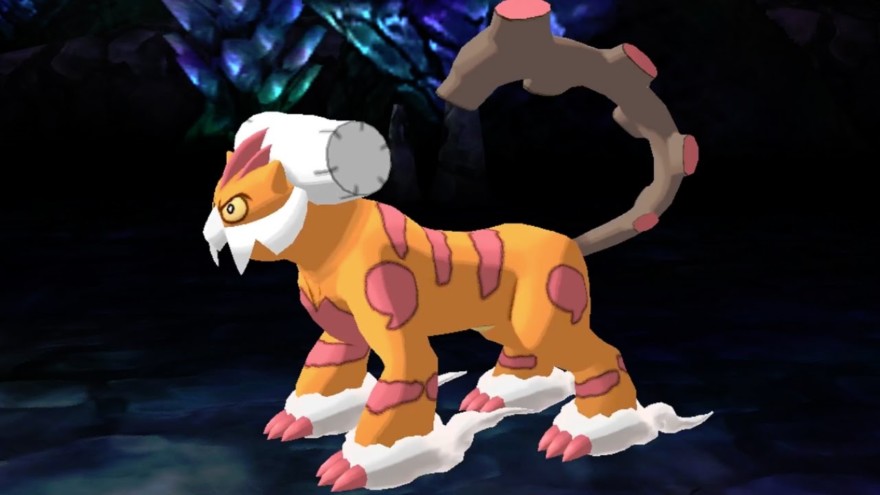 To be honest, both Landorus’ original form (aka Incarnate form) and its Therian form are both great fighters, especially since he’s among the legendary Pokemon introduced in Generation V. No one really knows what kind of animal Landorus was based on because he really looks so out of this world! Plus, his stats are through the roof!

He has high base stats, and he’s also immune to so many hazards like spikes and even earthquakes because of being a hybrid ground and flying type! On the downside, Landorus is pretty hard to catch, which makes his incredible abilities useless if you can’t have him. Still, a man can dream. 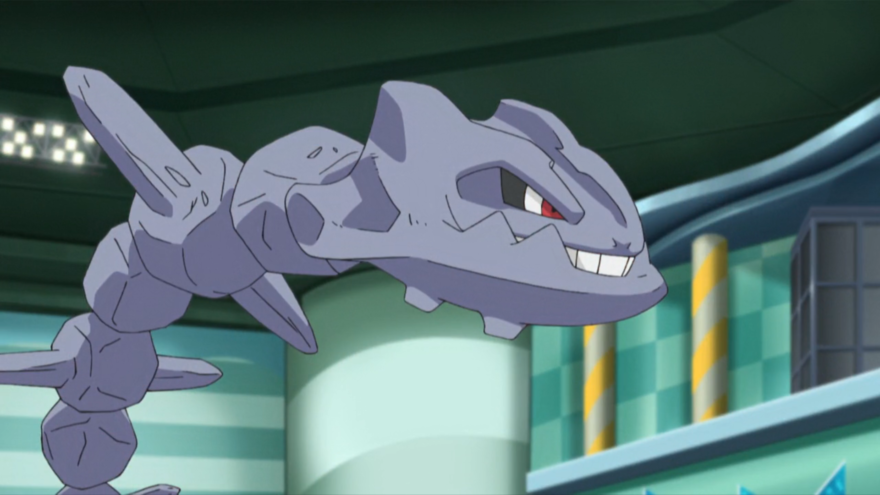 There’s just no beating the pioneers, and I’m sure everyone remembers how Steelix became the poster child for all things steel. It also helps that its predecessor, Onix, had forged such a dedicated fan base because, well, a giant rock serpent is just badass no matter how you look at it.

Then, Steelix took everything wonderful about Onix and just made it a lot more impressive. Imagine — a snake that’s completely made from steel? Well, you don’t have to imagine because Steelix actually exists!

The only thing anyone can say about Steelix is that it’s not that easy catching this one. 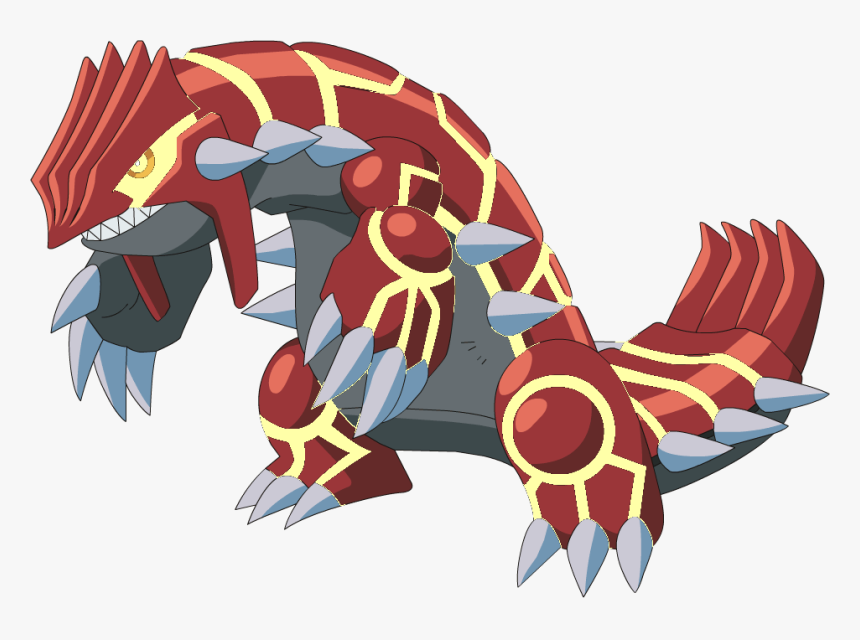 If all the ground-type Pokemon convened together to elect a worthy representative, there is no doubt that they will elect Groudon. It is one of the legendary Pokemon to have emerged from the Hoenn region and is quite adept in creating and lording over land in the Pokemon world.

In fact, this legendary beast is thought to be a direct descendant of the world itself. Its Reversion powers are an asset to every team, as well as its fire-type capabilities. This one should come with a warning — Caution: Hot! 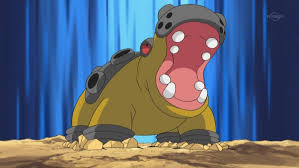 Out of all the ground-types on this list, Hippowdon is probably the most…un-cute. He makes up for its, though, by having both great HP and Defense. It has for its signature move the Slack Off, which allows it to completely regain HP by up to half.

Apart from its enviable healing prowess, Hippowdown has Stealth Rock and Earthquake, which makes it a worthy adversary for several types at once.

Finally, topping this list is Zygarde, the Pokemon that takes so long to assemble and resurrect. This is because Zygarde, in its complete Forme, is huge, not in terms of mass but in terms of power. Can you believe this bad boy has a base HP of 216? However, it can only change from its 10%/5-% Formes at less than half its maximum HP.

Of course, Zygarde’s signature move is the Thousand Arrows, which can inflict injury on flying types and Pokemon held up by balloons. Once it does its Dragon Dance, no opponent can stand a chance.

There you have it: 16 ground-type Pokemons that are worth your awe and admiration. It doesn’t get better than this, so you better go back to the Earth and learn how to train these beauties (Hey, Hippowdon is beautiful in its own right, okay?)