Doom helped define the FPS genre and is one of the most significant games ever made.

Players have been blasting away demons as Doomguy for almost 30 years now, and since the beginning, members of the community have been putting their spin on the game, creating unique experiences through mods.

It’s a testament to the passion of the classic FPS community that to this day there are still making new and exciting mods for Doom.

In honor of the FPS community, here is our list of the top 12 Doom mods to help you spice up your experience, giving a fresh take on Demon killing, or putting you up against new enemies and environments altogether in standalone mods that are considered as games in their own right. 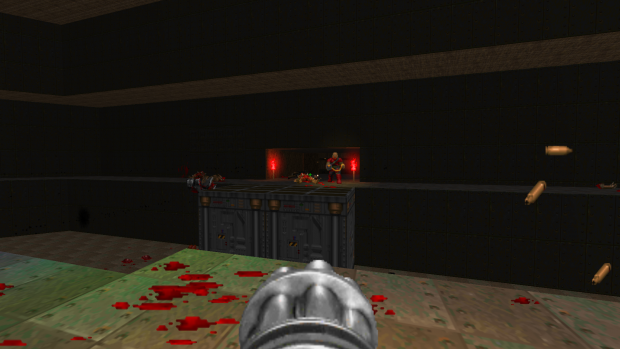 Doom is a beloved game, and its visuals have their charm, but even 2D sprites have improved in quality over the years since its release. Beautiful Doom is a mod that visually enhances Doom, made to work with GZDoom.

The mod has been in the works since 2008 and has since worked to improve the aesthetic quality of every part of the game.

From the animations to the models, to the sounds, and to the effects like smoke, spent casings, and debris.

All this while retaining the vanilla style and gameplay, it doesn’t get any better than this for the fans of this FPS classic. 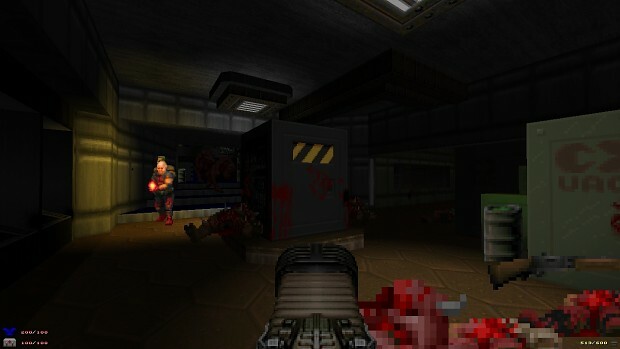 Many games are praised for seamless level design. DOOM: ONE takes this to heart and brings a new look to the classic Doom.

Making it one seamless, continuous game with no loading screens or breaks in the action, the DOOM:ONE mod is the perfect addition to the vanilla game.

Each episode is merged into one continuous level, bringing with it some of its own challenges. Although the mod is great for what it does, it is recommended to play it together with other gameplay-enhancing mods to make the old graphics new and digestible.

Doom was always a game that had exaggerated violence and action, and perhaps that is why it had created a cult-like following.

The mod Dio takes this excessive tone to a new unique setting in the world of anime. Letting you play as the titular character from Jojo’sBizarre Adventure, you wake up in Hell after being massacred, and now it’s time to fight your way out.

Featuring weapons from the anime, the mod instantly takes up the gaming experience a notch for all those who appreciate DOOM and anime. It’s creative, fun, and most importantly, the colors just make 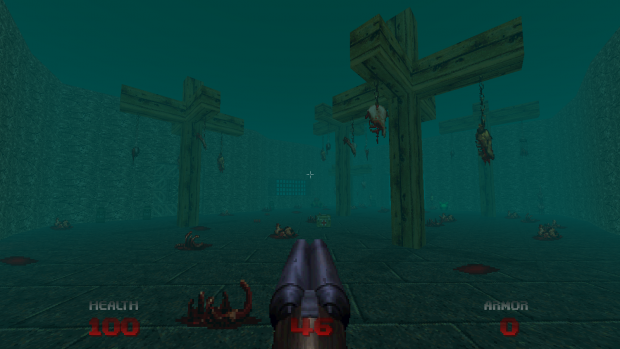 Want an enhanced version of Doom because the original just doesn’t cut it for you? Introducing Doom 64, a mod project that recreates Doom 64 on the Nintendo 64 in the GZDoom engine.

It looks to be an accurate recreation of the original game and make some small improvements to it to make the gameplay experience just a little more pleasant and polished. It does this while keeping the experience as close as possible to the original.

8. The Adventures of Square 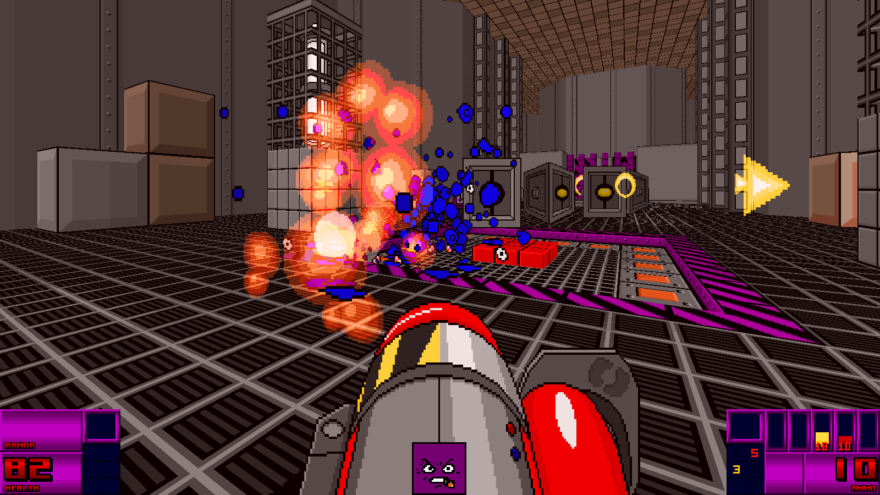 The Adventures of Square is a total conversion mod using the ZDoom Engine, it’s completely standalone, so it doesn’t even require Doom to play it (might be a stretch to put it on the list, but it’s just that good).

It looks to tell its own wacky over-the-top tale of the Square as he fights the Circle of Evil, a cult that has kidnapped Doctor Octagon.

All in the retro FPS style with its own unique mechanics and gameplay, the adventures of square will have you excited and smiling a couple of minutes into the game. 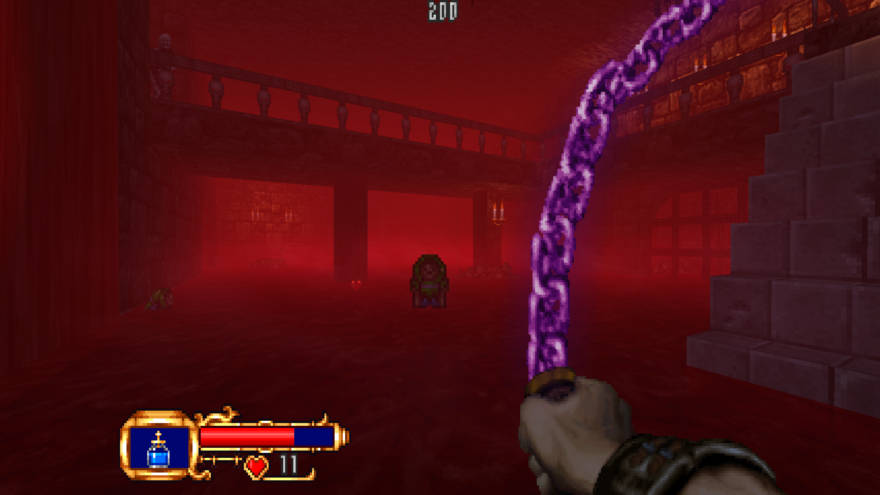 Doom is a classic game. Many of its fans are also fans of other retro games. One of those is the classic NES action-RPG Castlevania. Castlevania: Simon’s Destiny is a standalone fan game set in the Castlevania universe made in GZDoom.

Recreating the world of this beloved franchise in the Doom engine giving it a first-person spin, the game allows players to use the iconic weapons of the series like the Belmont chain whip and to kick Dracula’s ass in 3D. Fight against the vampire army and slay the Dracula within the concept walls of Doom. 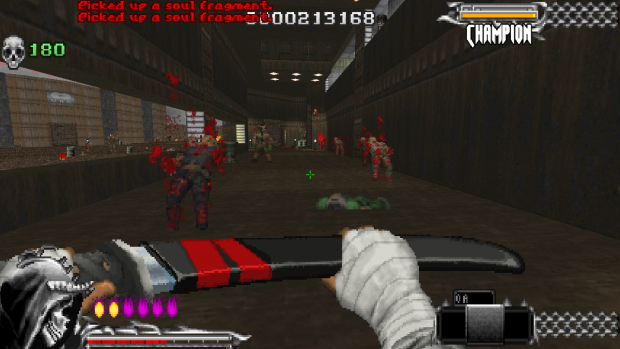 DemonSteele is a total gameplay overhaul made for GZDoom that seeks to recreate and enhance everything we love about retro games and anime from the 90s with a healthy dose of heavy metal.

The mod changes the flow of gameplay to be more of a fast-paced hack and slash style brawler.

Giving you access to powerful melee weapons along with your selection of guns, you are in charge of total domination and death as you plow and mince your way through your foes. 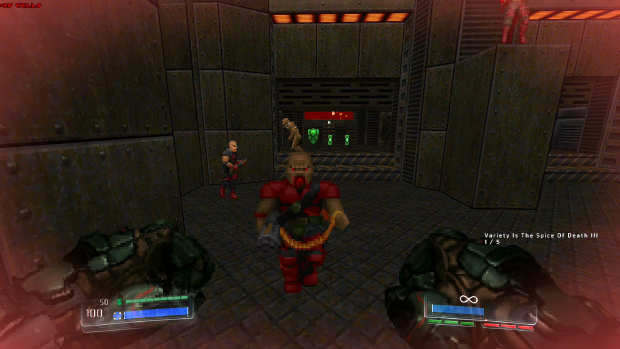 Have you ever played Doom 2016 and thought you liked the mechanics and weapons but missed the old-school look? Then Embers of Armageddon has you covered.

This mod is primarily a weapon mod that tries to bring over and faithfully recreate the weapons of Doom 2016.

Aside from this, it has grown to also implement the upgrade system, combat mechanics, and items that are seen in the newer game.

So if you felt like the original Doom lacked the explosions and damages delivered through weapons, you won’t be disappointed. 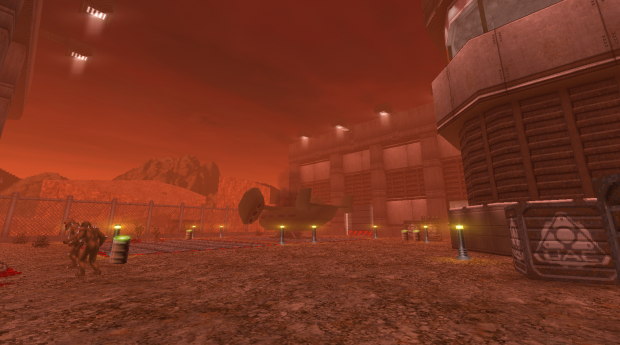 Extermination Day is a map pack that brings many of its features over for players to use while traversing these new maps. It brings over crouching, jumping, and even rocket jumps seamlessly into the game.

Each map comes with 8 player start locations, as these are made specifically for Zandronum’s online co-op play.

When playing multiplayer, the maps will spawn twice the number of enemies. Some of the maps included can be played with Deathmatch and Invasion versions.

You have a treat at the end if you finish the game in the toughest mode, we’re not going to ruin the surprise! 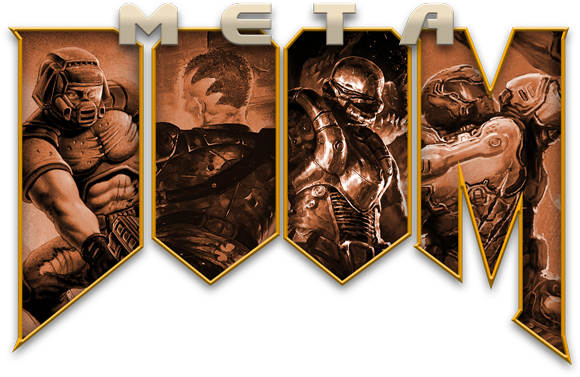 The Doom series has had many different systems implemented in their many games. MetaDoom looks to get all of them and cram them into one mod. The mod is a gameplay overhaul that brings over features from Doom 2, 3, and 4 altogether.

Some of the features include all the weapons from each game, weapon and monster randomization, Enhanced visuals, and new secrets.

There are a plethora of other features that you can explore but what stands out is how the mod stays true to the pixel art but creates interesting visual effects. 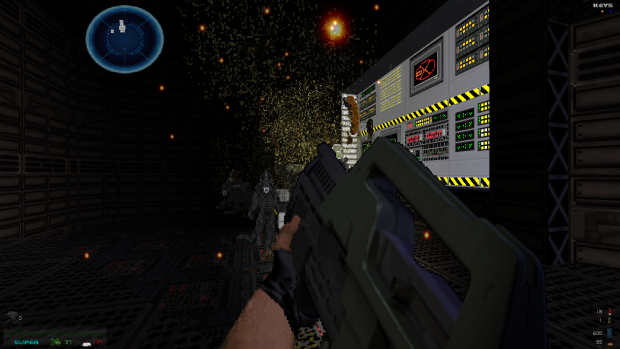 Aliens: The Ultimate Doom is a total conversion mod that brings the Universe of James Cameron’s Aliens alive in Doom.

It features an 8 Map Single-player campaign, Iconic weapons, and gear from the Aliens trilogy, a class system with four unique player classes to choose from with different stories, item placements, side missions, and enemy encounters for each.

Environmental hazards like fire and electricity are also present. You can even boot up the mod with any Doom or Doom 2 wads to give them the Aliens sci-fi treatment.

The mod is well-built and offers players the option to add traps to crush their foes. 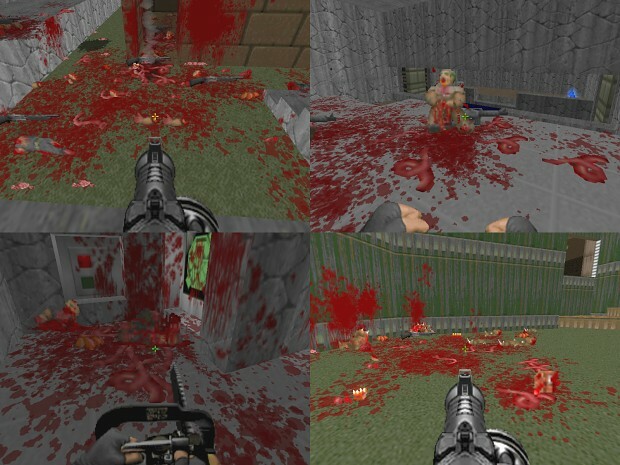 Brutal Doom takes the game to a whole new level, implementing many new features and systems, making it just as it says on the tin, Brutal.

Overall the mods make the world much more interactive, bringing to life the over-the-top violence and destruction the series has garnered reputation for.

This mod is also compatible with almost every megawad and map pack that exists right now.