Many have not supported the idea of a full-blown battle in a game but trust us, once you play it, you’ll never stop being a fan of large-scale battle games.

In this instance, we are talking about Star Wars Battlefront 2, a 2017 release, and the fourth installment of the star wars battlefront games.

Critics truly enjoyed the studios’ diversity as it improved the multiplayer experience, the visuals, gameplay, and more.

However, many thought that the progression system was lacking, and campaign modes fell a bit short than expected.

This is why we’re gonna introduce the best battlefront 2 mods for you so that you have a great and memorable time playing one of the best large-scale battle games to be made. 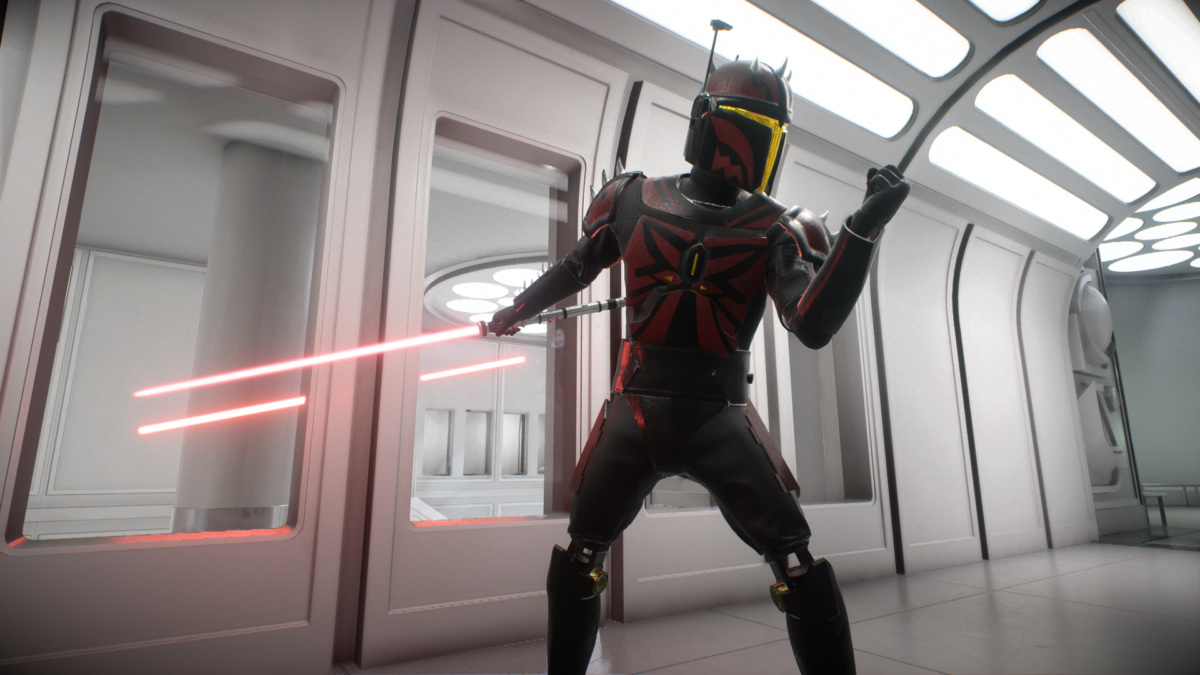 The mod helps to imagine Maul as the Mandalore, thus replacing the Old Master’s skin with an attractive set of red and black armor.

The helmet and shoulder pieces are accessorized with spikes, with the visor portion of the helmet being a blazing yellow.

The creator notes a small bug if you have the No Helmet mod equipped, but it doesn’t really interfere with your gameplay. 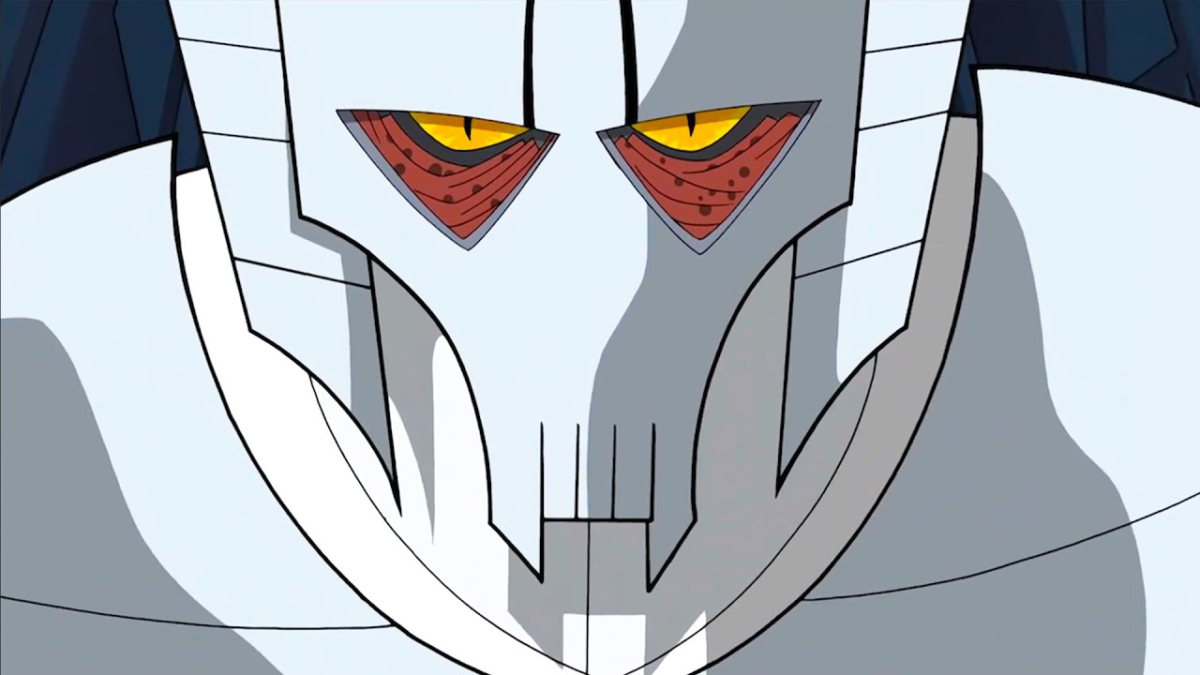 Do you remember the animated Clone Wars series from the early 2000s? The 2003 General Grievous Audio Overhaul mod provides nostalgia-struck players with the 2003 cartoon audio!

For those who appreciate the 2003 Clone Wars version of Griveous’ voice and want it in their Battlefront 2 game, this mod allows you to relive a top-tier voice-acting moment.

Many people have commented how his voice in the 2003 series truly captured that of a silent and looming villain, where the game falls flat.

So, try out this mod to recreate the popular previous version of Grievous! 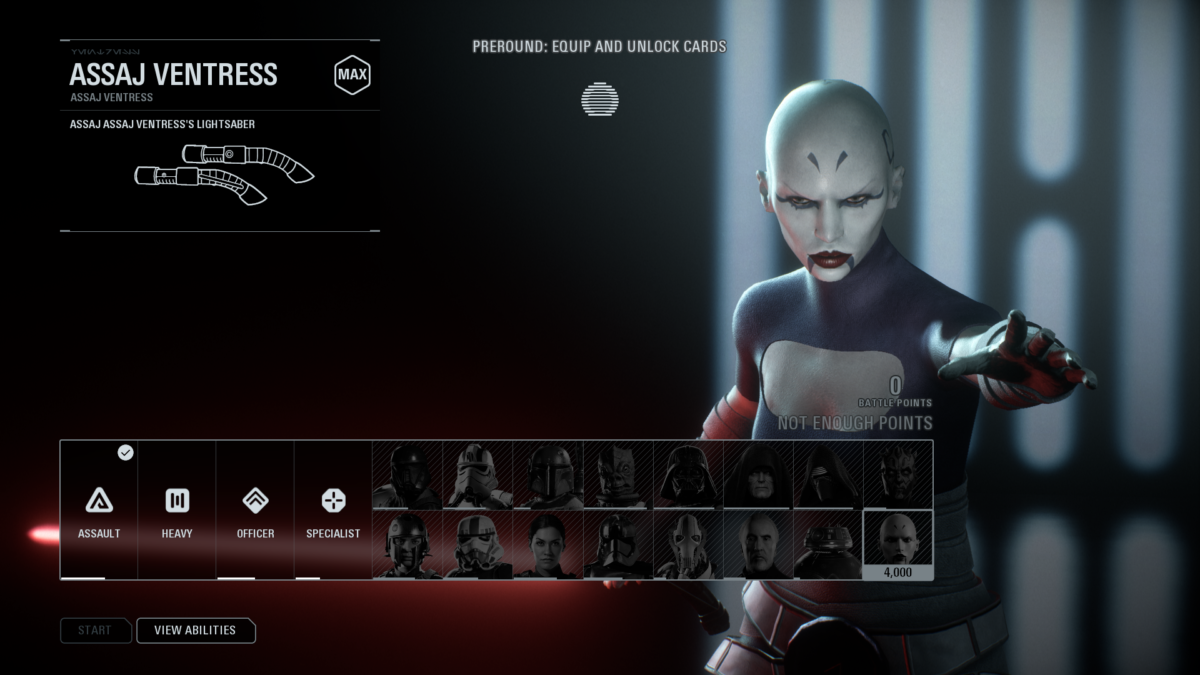 Some people prefer villains over heroes, and not all video games let you play both sides. However, that’s where mods have your back.

With the IA AsajiVentress mod, you can play Ventress! Well, the mod alters IdenVersio’s original mesh and replaces it with Ventress.

The only downside is that you can’t wield both of Ventress’ lightsabers at once, but you can still experience playing as Ventress herself!

In-game, she will have 700 health points and is a part of the Heroes Darkside faction. 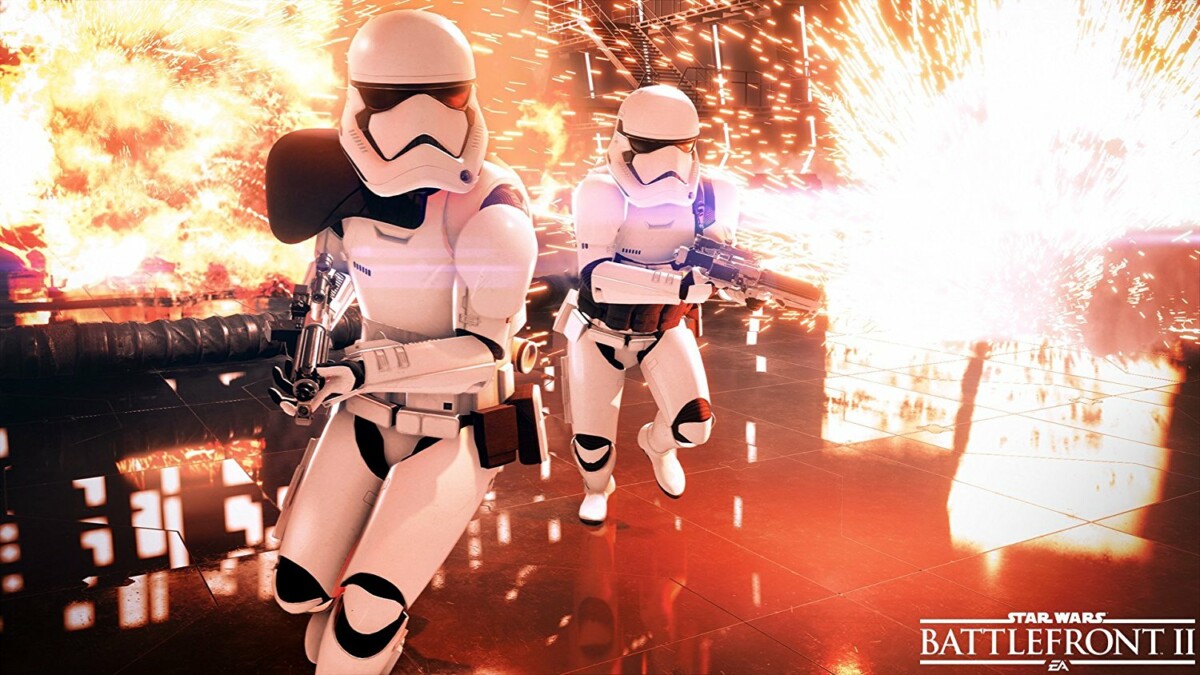 Offline multiplayer mode in almost any game can be a fun time, but only if the AI is programmed well enough. And even Battlefront 2 could use an upgrade.

The AI in-game with this mod have better crash avoidance, they can sprint, and they are able to equip upgrades.

Let’s not forget the 25 versus 25 mode the mod introduces! However, this mod is only meant for offline mode, and the creator also stresses the disabling of custom abilities when going online. 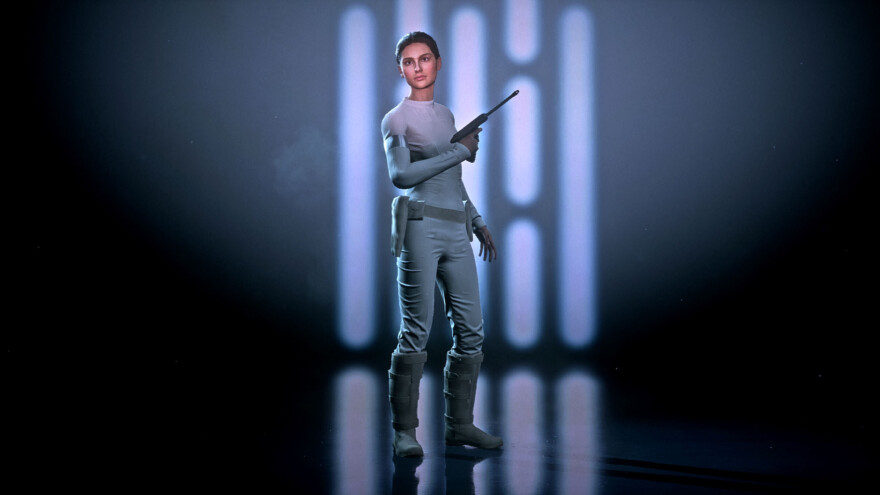 Senator Padme, the main figure in the Star Wars empire, liberated her home by organizing a brutal attack on the federation.

Such valor, determination, and grace made senator Padme a glorifying character in the star wars series for many of us.

Accompanied by her trusty Naboo blaster, now you can have Natalie Portman roam around, annihilating enemies and ensuring justice. 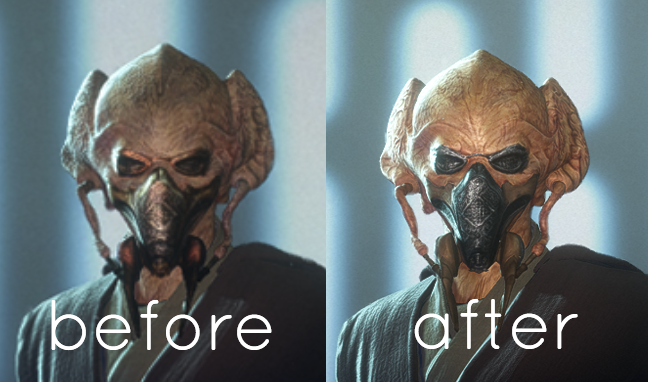 If you’ve played clone wars, then you know who Jedi master plo koon is.

Play as the wisest of the Jedi as you show your devotion towards protecting the weak and the clones.

Wield a lightsaber that holds mountains of battle experience as you walk past your enemies and they fall.

Playing as Jedi master Plo Koon is not only thrilling but seems like a spiritual experience, albeit a violent one. 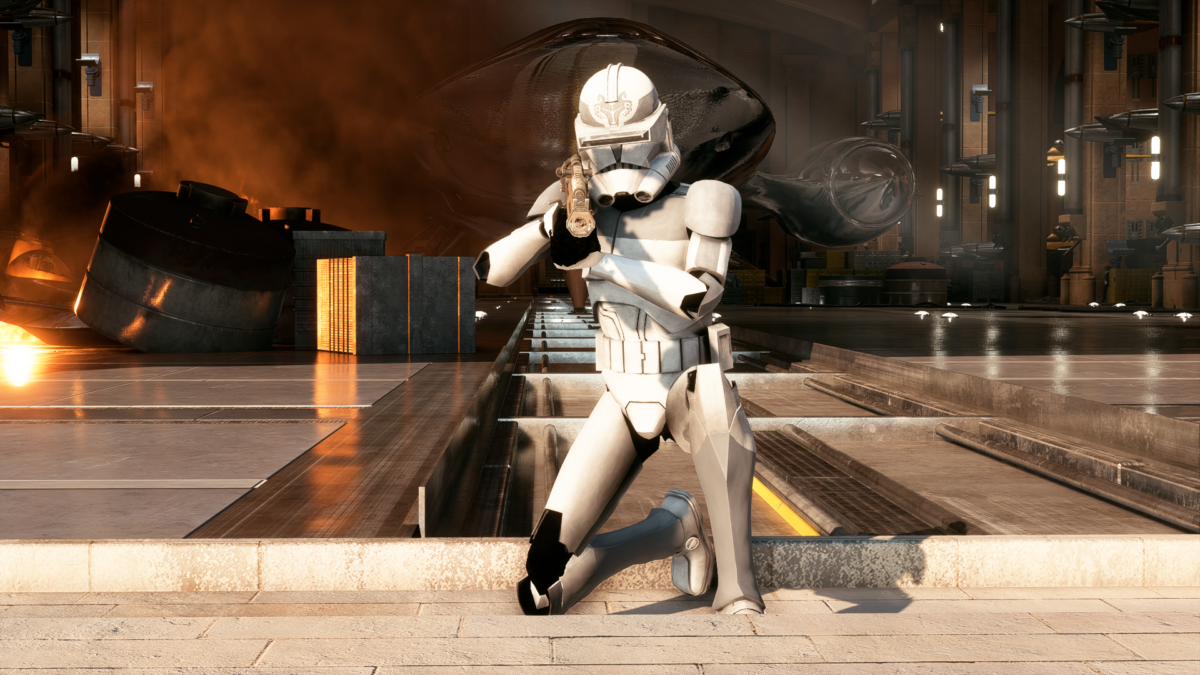 Tired of the same old clones roaming the maps? Let us rephrase the question a bit. Tired of eliminating the clones on the map?

Here is star wars the clone wars clone overhaul mod. The mod replaces all the clone’s skin with 501st, jet trooper, arc trooper, and more, giving you a different feel.

Replacing the clone’s skin with something new can be fresh and does not feel repetitive since all the clones before this mod looks the same. 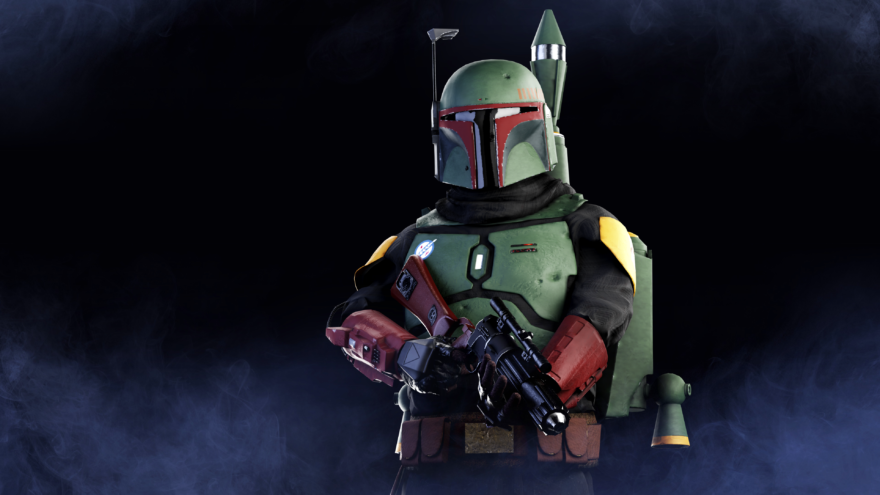 It’s one of the coolest characters in the game and comes with a damaged armor look, painted armor, unmasked addons, and pistol addons.

The pistol addons come loaded with cinematic animation and different audios, creating hype and thrill. The Mandalorian looks stylish and lethal, and so should you. 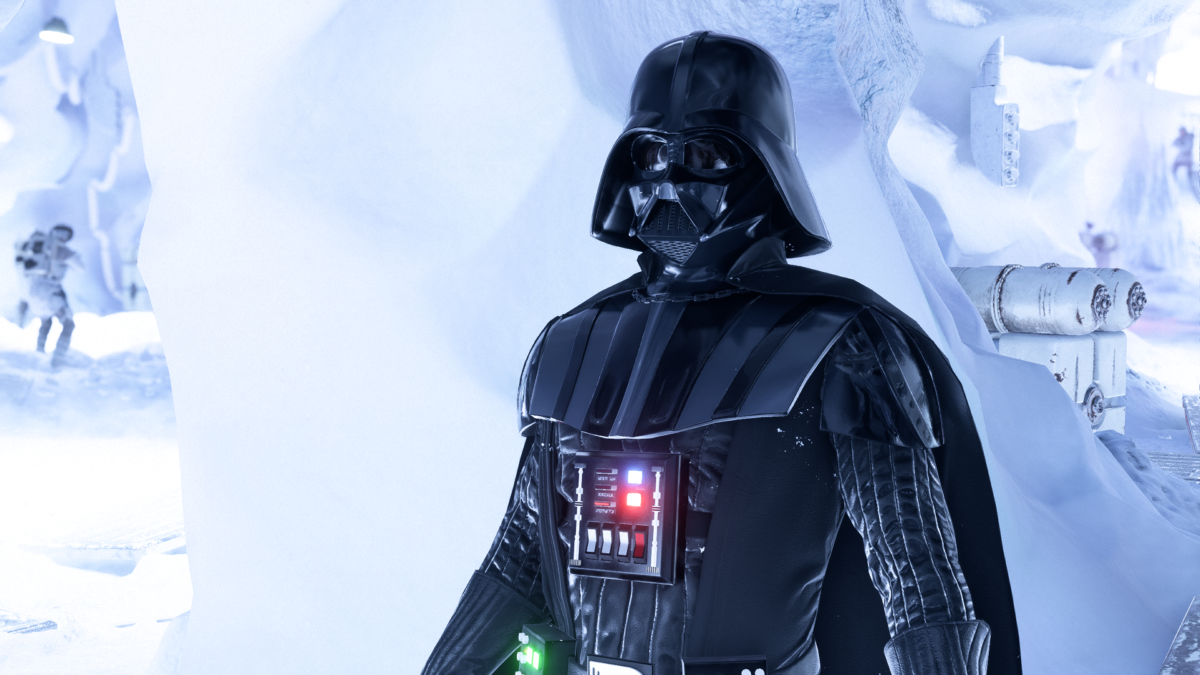 There is only one character we all pledge our allegiance to, even if we’re not on the dark side, and that’s the dark lord himself, Darth Vader.

His entry into the game and music can run shivers up the spine. Let’s make that moment even greater with moose’s 8K Darth Vader mod.

The mod completely revamps dark lord with retexturing him up to 8K resolution, which he deserves. The mod also adds a custom face-mask grill, fabric detailing, and more. 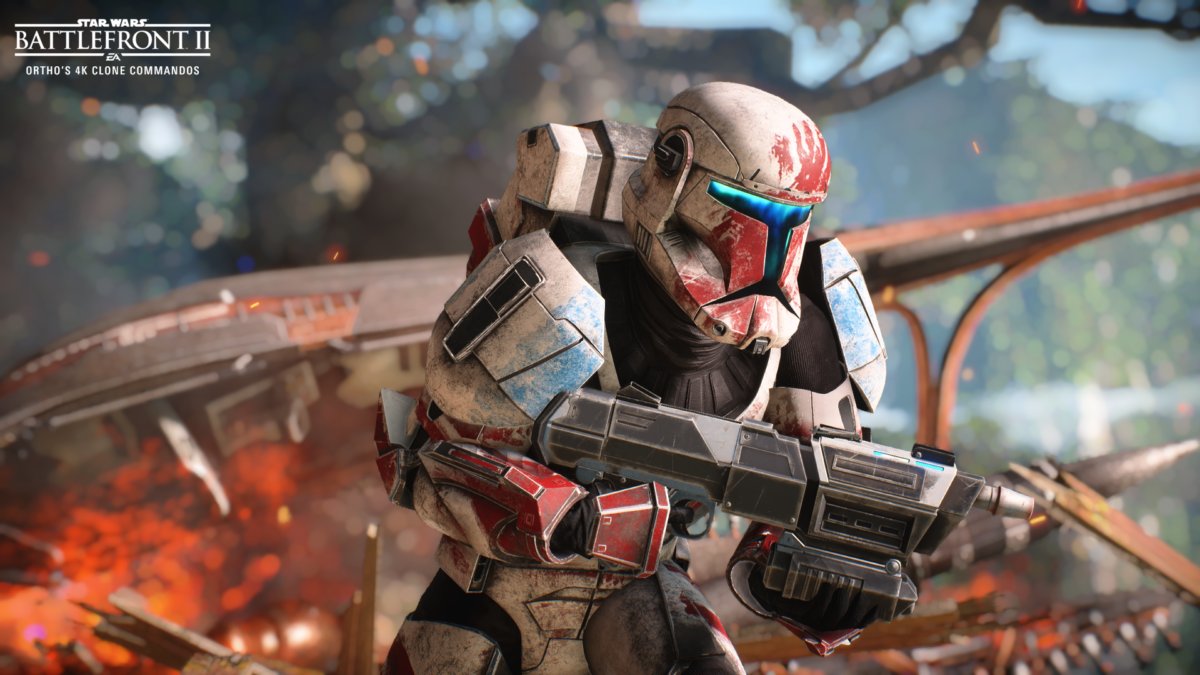 Clone commandos are known to do all the dirty work, so why not make them look supreme?

Will they do what they do best? Ortho’s 4K clone commandos are equipped with full PBR weathering, accurate markings, upscaled dice normals, and more.

The mod adds cool commandos instead of the repetitive clones native to the star wars series. This is a great visual change as the commandos are more colorful than the original clones. 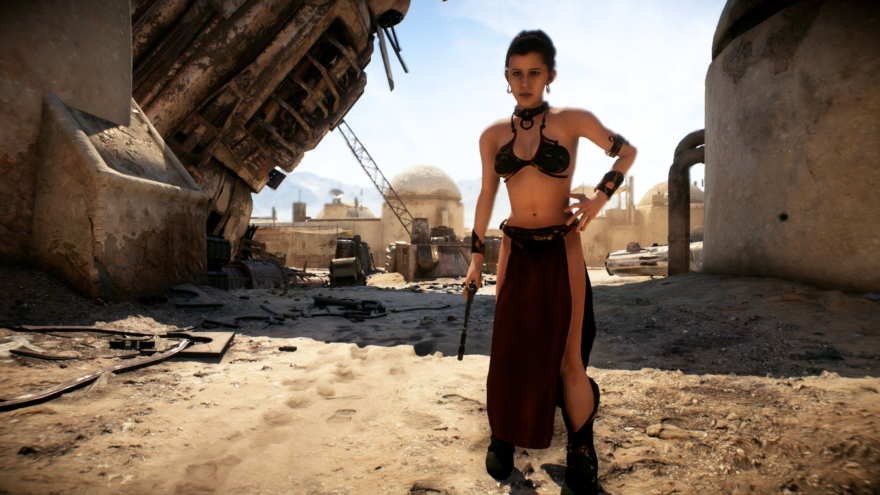 If you ever had the hots for princess Leia, then the huttslayer is for you.

The mod is a simple outfit change as it changes Leia from her original boushh outfit to the huttslayer outfit.

Now have Leia roam around in the clothing of your dreams as she slays her opponents while looking fierce yet elegant.

We can’t thank the modding community enough for being so generous to us. 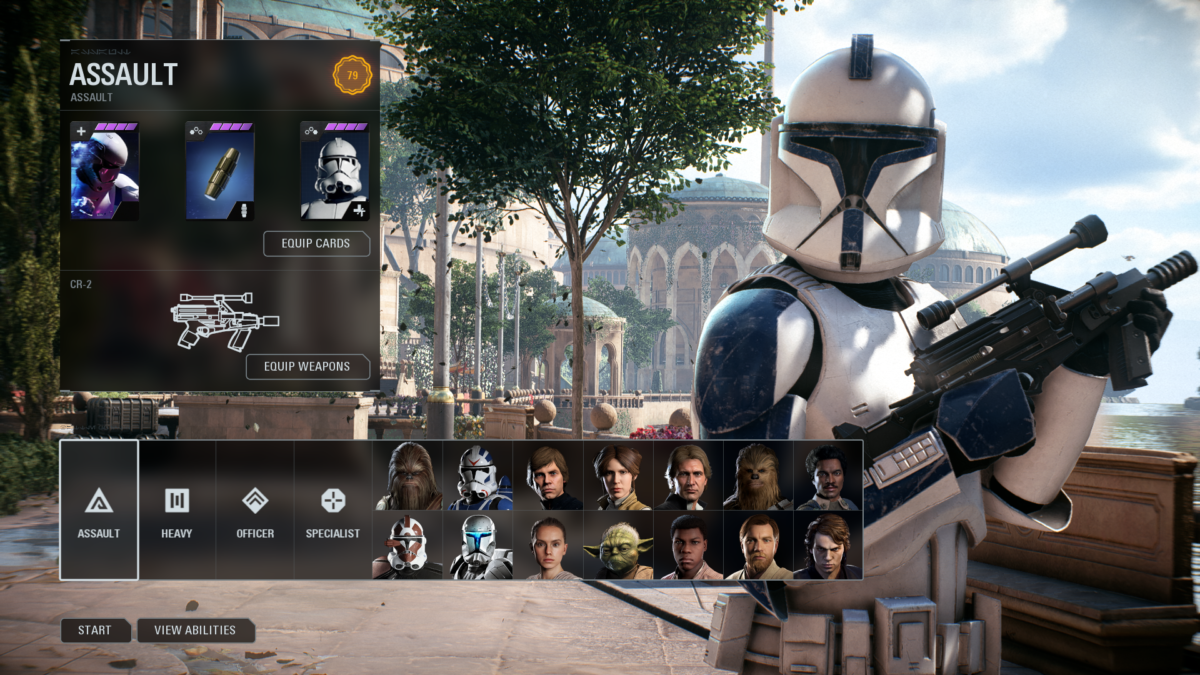 After playing the game for so long, you might feel that the spawn screens are outdated and need a complete overhaul.

Aviator’s galactic spawn screens are a great way to bring something new.

The mod adds different and new images for the spawn screens, ensuring that dedicated gamers like us never get bored.

The screens are updated with the latest images creating a new vibe in the spawning screen section. We’re glad somebody is thinking about these small things. 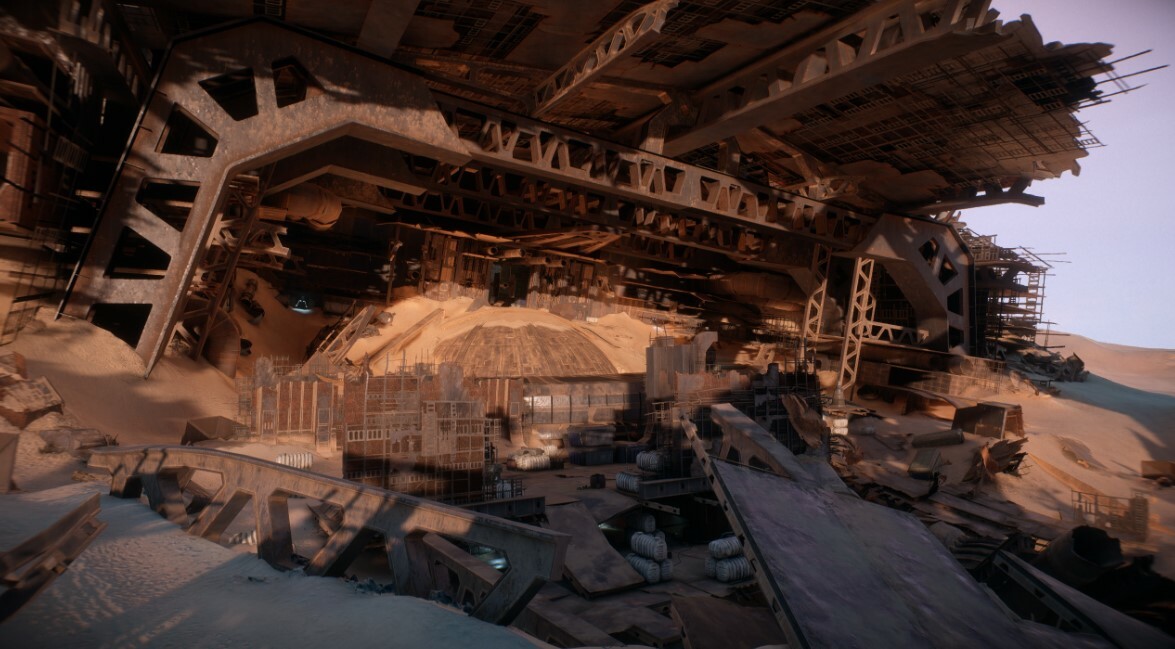 Although the game has great visuals, it still feels outdated at times. Not anymore with zatmospheric lighting.

The way visuals appear is all because of lighting, and if you don’t have the lighting, you’ll never be able to do justice to the visuals.

The mod ensures light and color correction in every map elevating the visual experience of gamers.

Maps that appear too yellow are toned down, while purple hues are shifted towards a more yellowish feel. The lighting does have a lot of impact on how you see star wars battlefront. 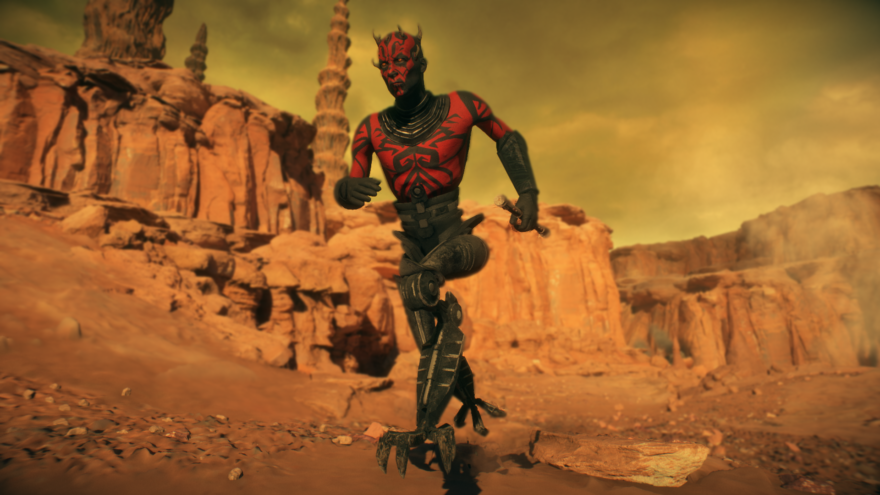 If you enjoyed maul like the way in the earlier star wars, then you’d be glad to come across this skin.

Cyborg legs maul replaces the current maul in the game with the older edition of a maul from previous star wars.

With cyborg’s legs, the maul looks a bit taller than Darth Vader, looming over his victims with those devious eyes.

The maul even has earrings to resemble him from the star wars movies.

We’ve mentioned a lighting mod earlier for those looking to bring a slight change.

But if you want total lighting to revamp, then get sly’s cinematic lighting overhaul.

If you’re a big fan of the movies, this mod ensures that the lighting in the game matches those of the movies.

You will find bloom, post-processing, lighting, shaders, and more. Bring your game to life or at least make it seem like the movies.

A perfect lighting mod that will make other mods redundant. 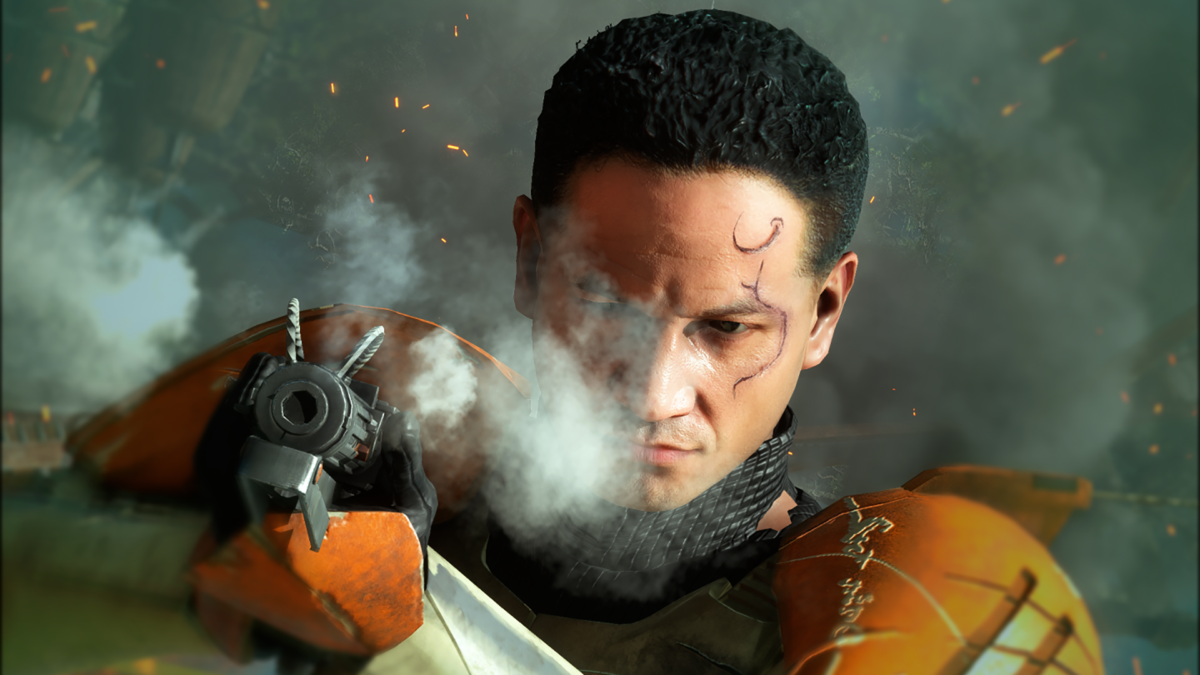 Have the leader of the 212th battalion in the form of the clones spreading fear on the battlegrounds.

It is a great way to have something different on the battlefield than just white-colored plastic-suited droids. 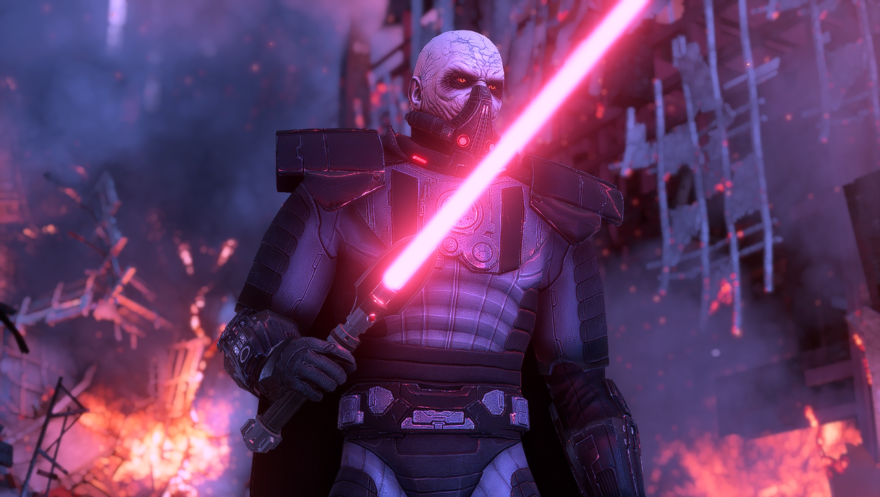 Darth Malgus, a human sith lord born in imperial space, was responsible for killing his servant at a young age, demonstrating his dark side at a very early age.

You may think that Darth Malgus is cold-hearted. However, he fell in love with a slave girl later on in life with whom he dominated the battlefield side by side.

Now with this mod, you too can get the privilege of playing one of the most feared sith warriors in the star wars series.

Star Wars is known for the plethora of skins allowing the game to visually change with several mods. This is great for those who enjoy a different environment every time they play the game.

The textures are 4K, and the captain has accurate facial features creating an immersive experience during the battle.

Many feel like there are not many great maul skins in the game. However, we beg to differ.

The crimson dawn Darth maul brings a maul appearance from solo with legs and saber.

The mod’s best thing is that it is multiplayer, and there are no longer custom meshes.

The mod will make you feel over the moon as you hover over your enemies or, in this case, victims.

The tall crimson dawn Darth maul is one of the best skin upgrades in the game and will make you feel powerful. 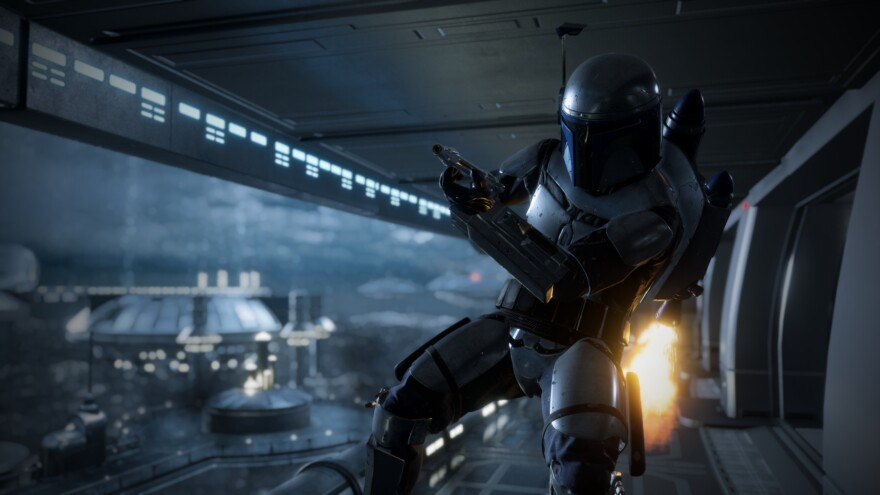 If you’re in the market for the best Jango Fett skin, then look no further as it doesn’t get any better than deggial’s Jango Fett 2020.

The mod replaces Boba Fett with Jango Fett, and not only that, but it also changes the text name and font to Jango Fett.

It creates an immersive experience giving the gamer a new feel and a new character by simply getting this skin mod. Take our word for it, it is the best Jango Fett skin in the game. 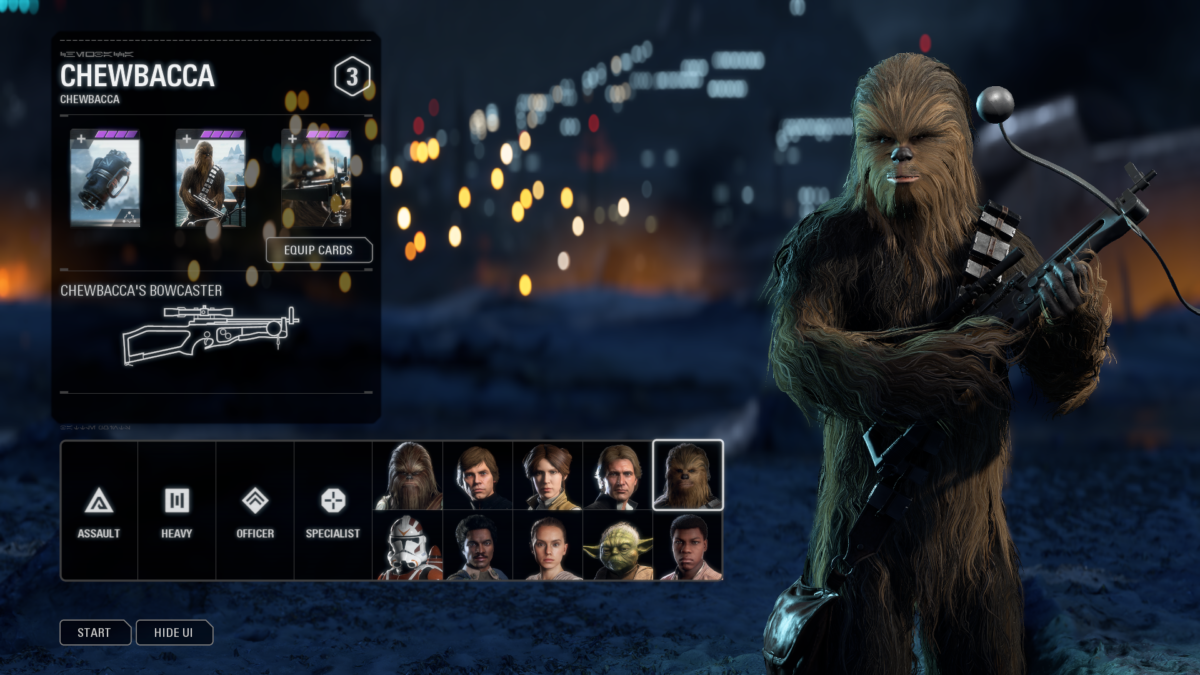 Sick and tired of those stupid holograms? Nobody liked the holograms in the old movies or games as well. They were just not aesthetically good enough.

Now you can completely remove holograms and replace them with spawn screens with no holograms mod.

The mod is simple and effective and adds interesting spawn screens to keep the gamers tuned to it.

It’s great, so do check it out if you have a headache trying to focus on the holograms as they speak. 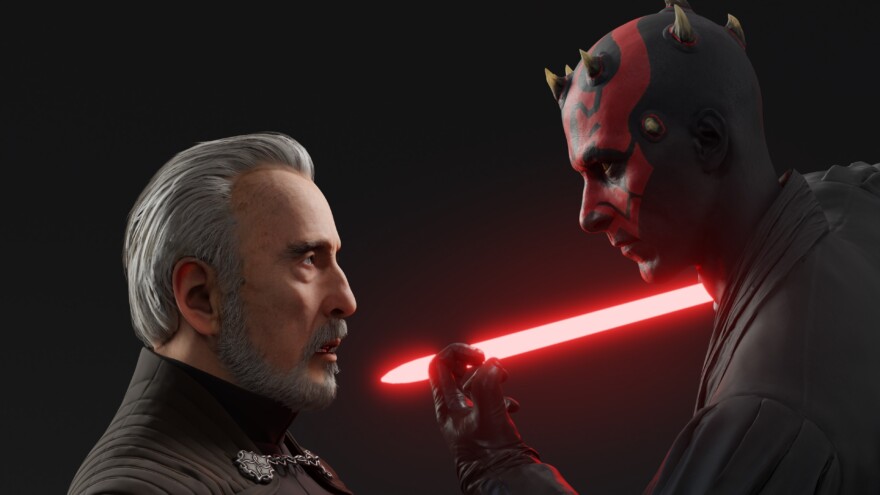 The action mode is the one that lacks in the game, and instant action improvements is a mod that aims to improve that.

The mod improves the arcade features and also makes small changes to the menu aesthetics. It is a great mod to have. 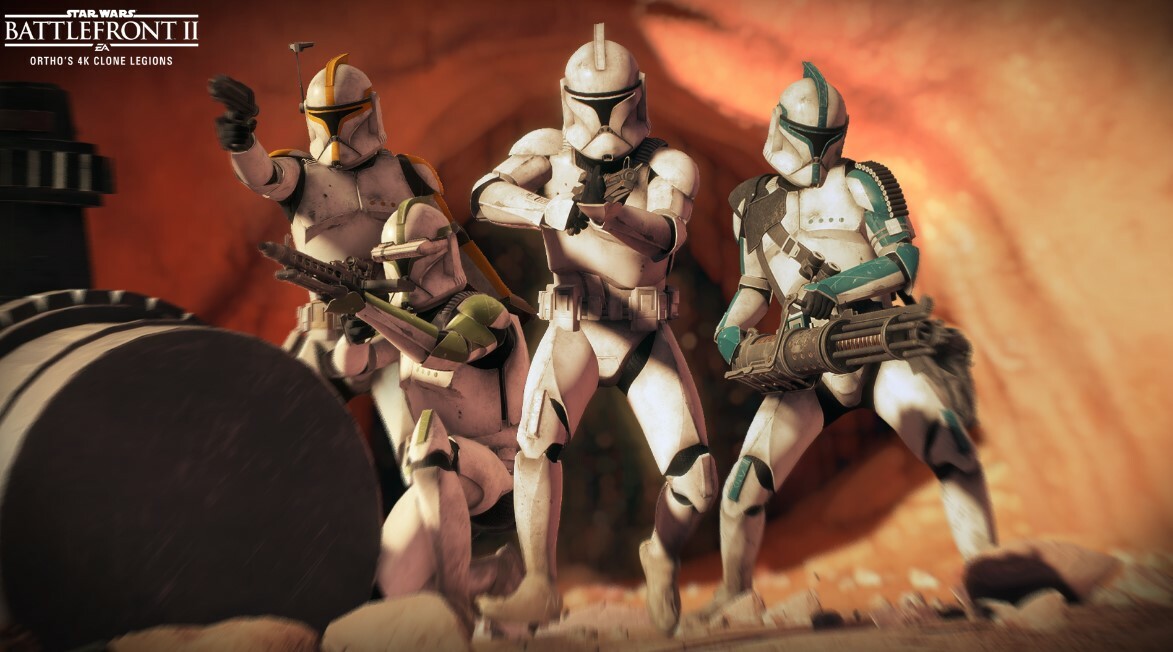 Clones are a big part of star wars, and it’s only fair that they get the right recognition that they deserve.

Watch as the glorious clone army marches down the battlefield in high resolution.

Tell us if your hair doesn’t stand on your arms after witnessing such a surreal moment in 4K definition, we bet you’ll love it. 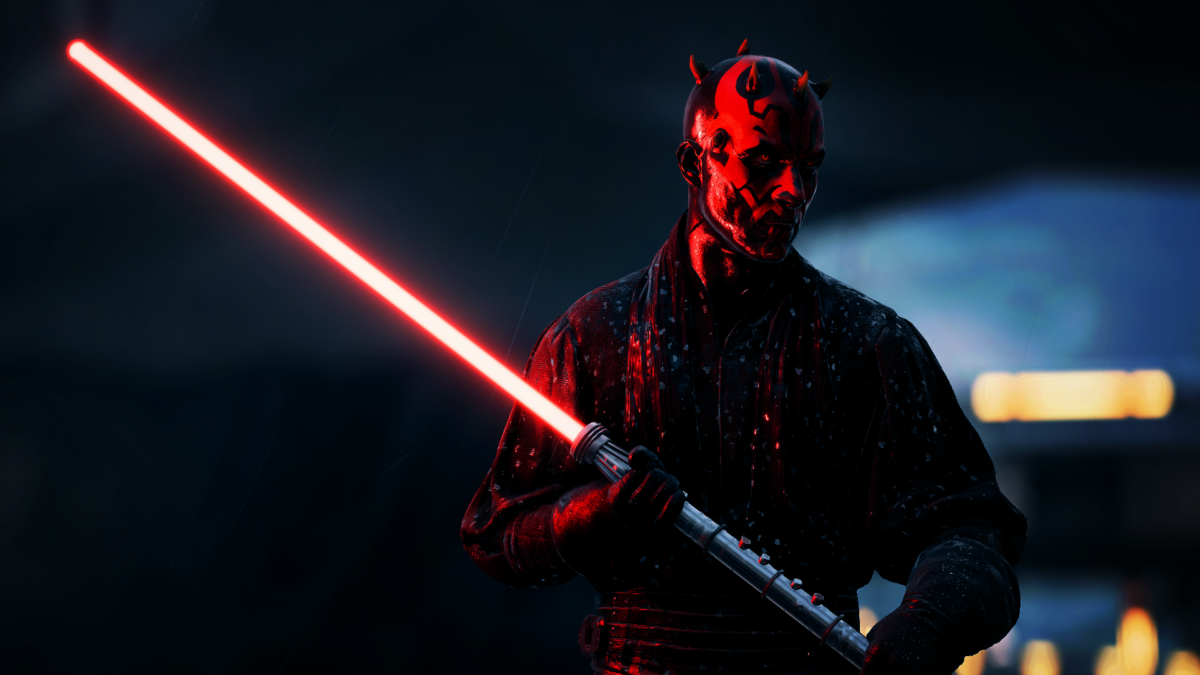 It ain’t star wars if it ain’t got lightsabers in them. BetterSabers X revamps the entire lightsaber scene in star wars battlefront 2 and is considered to be the greatest mod for the game.

With the mod active, all sabers will become equally tipped, there will be more consistent colors, and the motion trails are a bit shorter.

Also, the lights are vibrant and bright, delivering an impactful experience when using in fights. It’s pretty stunning, so check it out. 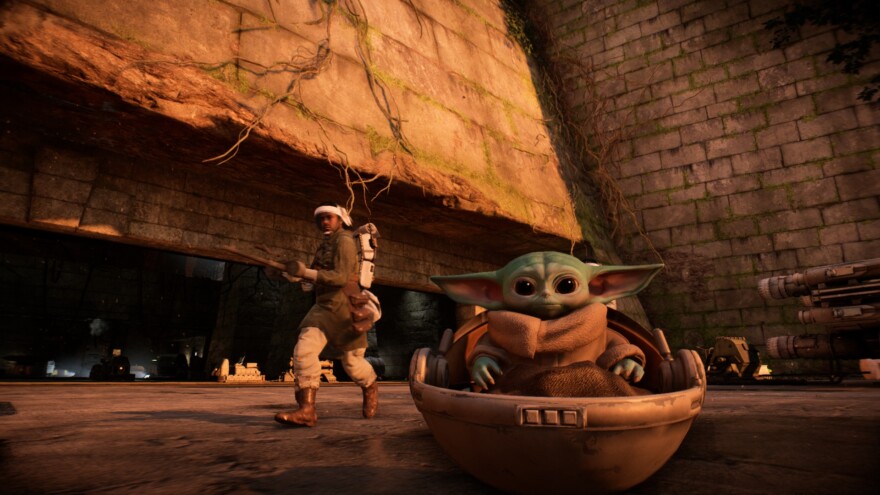 You thought we’d leave this one out, didn’t you? Grogu mod has been everyone’s favorite character, especially after the thousands of memes it has been part of.

The mod brings baby Yoda into the game, replacing BB-8. Grogu mod comes with its sound effects and custom UI making a perfect experience for the baby Yoda fans.

It’s not just a meme anymore, it’s a new playable character and our favorite.