Star Wars: Knights of the Old Republic or KotOR mods are as popular among the fans as the original game itself.

We have tried to bring to you the top 10 KotOR mods from the above categories.

We do not intent to create an unwanted comparison among the mods because we think each mod has its separate worth. Try to make a combination that suits you best and enjoy the game. 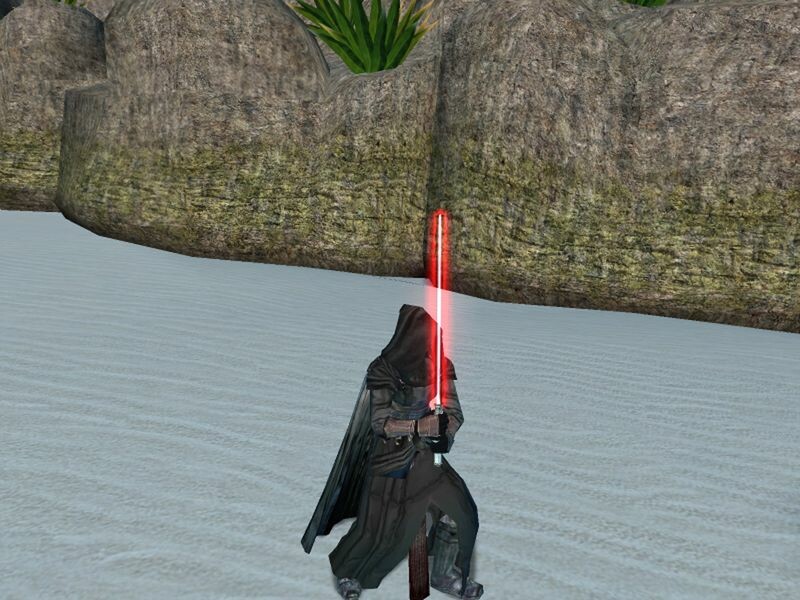 One of the realizations players have when they progress through Star Wars KOTOR is that they are, in fact playing as Darth Revan. So, why not download a mod that gives you Revan items?

The Revan Items mod includes Revan’s robes, lightsaber, and double-sided lightsaber. The Revan robes provide +5 for defense, +4 for strength, +3 for wisdom, and +1 for regeneration.

All items have upgrades that you can work toward, and all have bonus feats you can earn. After learning of Revan’s identity, it’s only natural to want the full immersive effect with this mod! 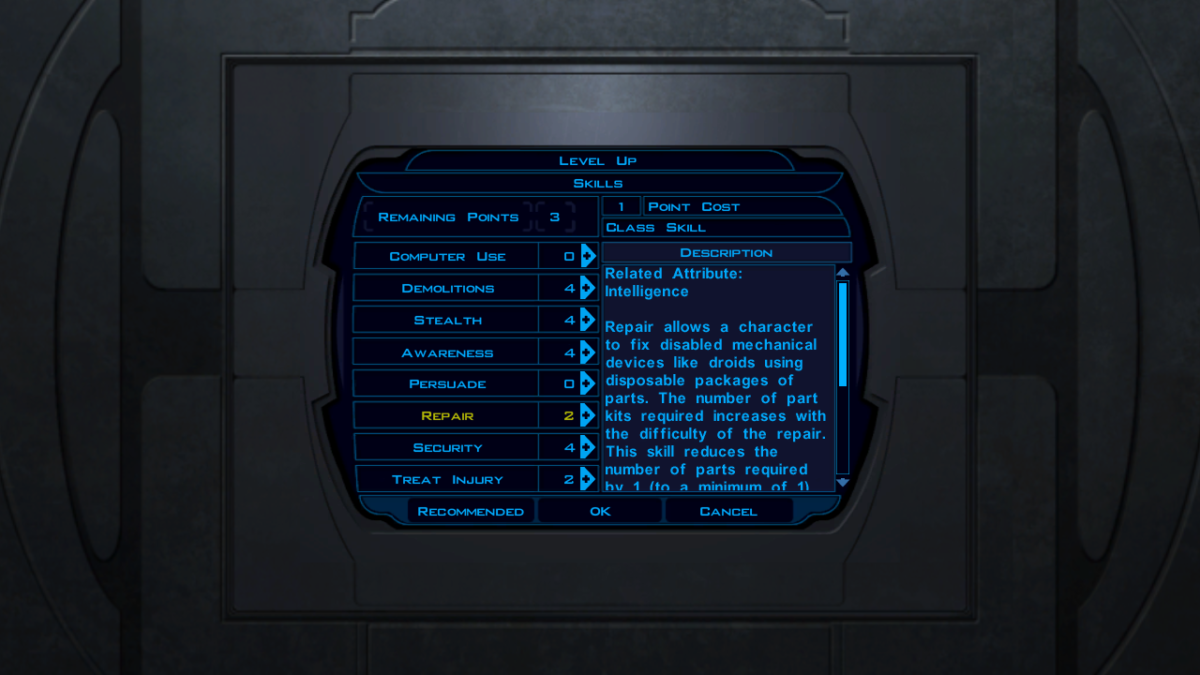 When you’ve unlocked the Jedi classes, there are three to choose from Guardian, Consular, and Sentinel. But players have said that out of the three, Sentinel just doesn’t compare to the other two classes.

The Consular Sentinel Class Skill Swap mod swaps the skills with the Jedi Consular skill set, including Computer Use, Demolitions, and Repair Class.

Overall, this mod helps to level out the classes in what many consider a form of “bug” within the game. 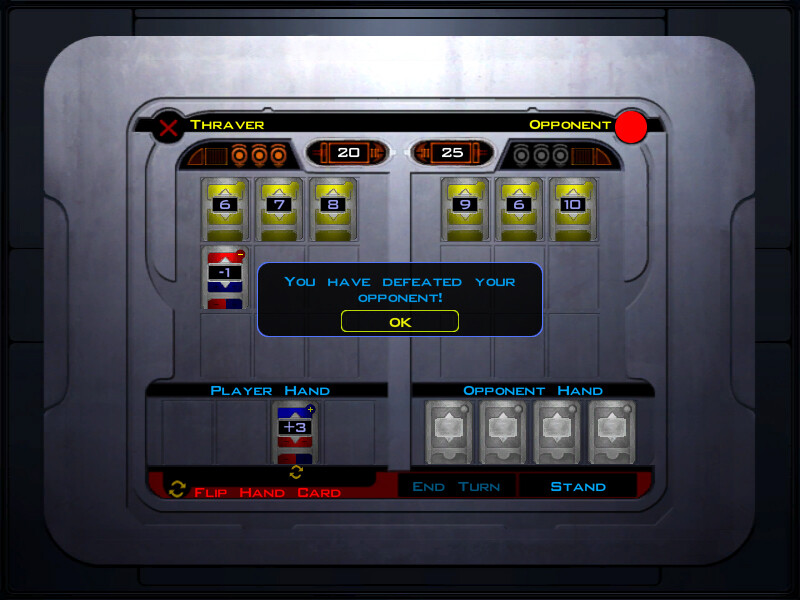 Pazaak can be a fun game within the game to take your mind off of the events happening around your character. But many players find it to be a bit too frustrating at times to find relaxing.

The Easy Pazaak mod turns this minigame into a slightly easier version of itself. This makes earning credits and items from playing the game easier and even more fun.

Although you don’t have to play Pazaak and can choose to ignore it because it’s frustrating, this mod helps to encourage people to play everything the KOTOR has to offer. 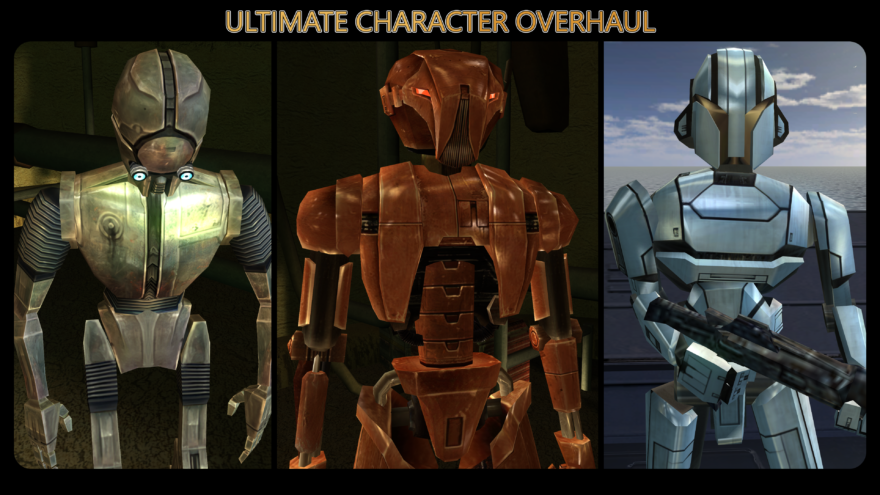 Moreover, the mod includes high-definition textures formale and female armors in the game.

Another amazing thing about this mod is that you don’t need a transparency fix after this one.

Who doesn’t like good high-definition visuals? This a must-have mod for every fan of KotOR. 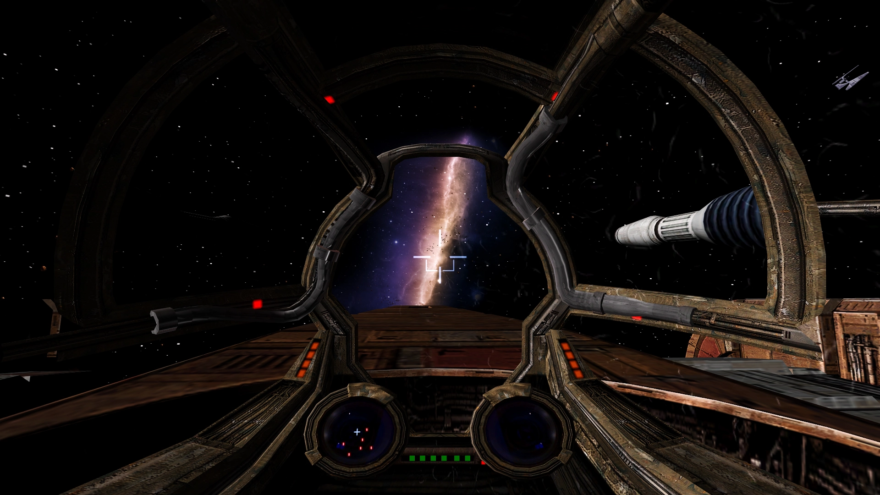 Do you feel that stars and Nebulas in the background of the game lack something?

High-quality stars and nebulas answer your question and provide the solution.

High-Quality Stars and Nebulas change the textures of the stars and nebulas to a higher resolution so that the players get a livelier experience of the game. 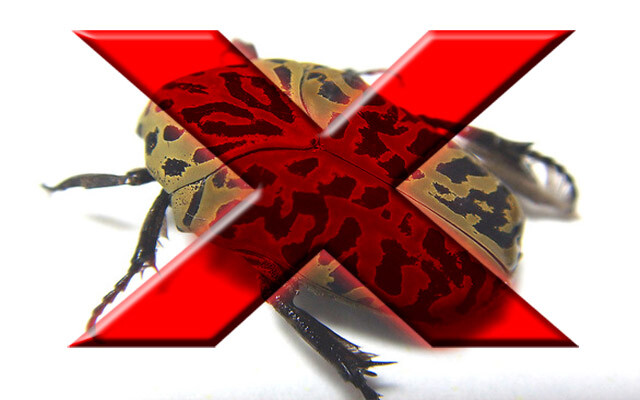 The original game comes with a lot of script and dialogue issues. Those who have been playing KotOR from the start know this all too well that these bugs needed to be fixed.

The comprehensive KotOR bug fix collection fixes those problems. The developer has combined various bug fixes in this collection. If the bugs frustrate you like they do many of us, this is exactly what you need.

This file fixes a plethora of common dialogue and scripting-related bugs. 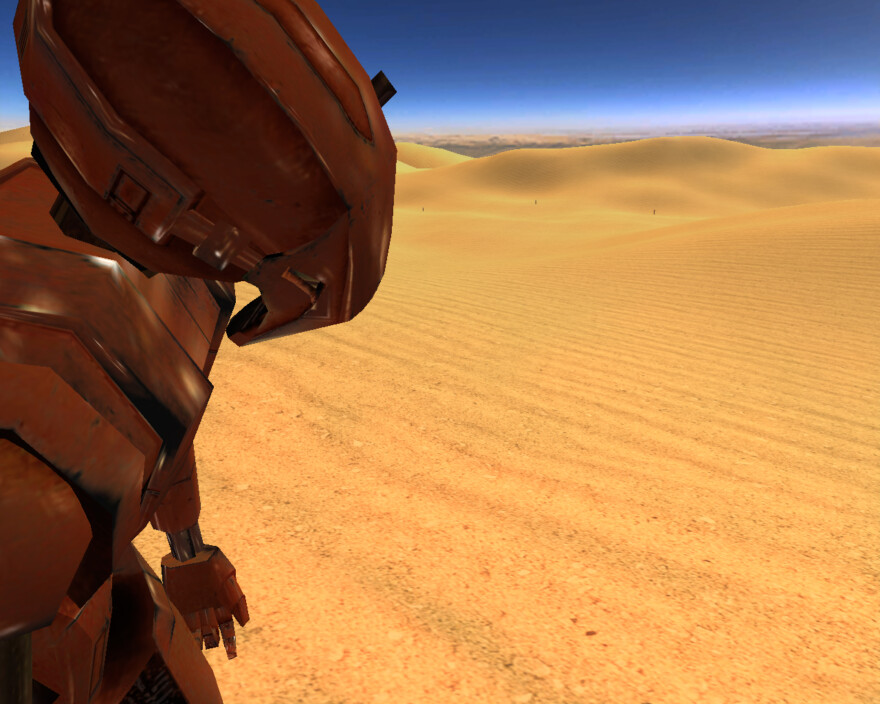 Old republic skin overhaul started with the developer’s unhappiness with the Taris horizon. He decided to improve the texture of the location while maintaining the original feel.

Now, this mod contains more locations that are improved in texture. It will keep you immersed in the game because of the graphics it brings to the mix.

Of all the KotOR mods out there, this one is an on-going project and will keep the players in suspense as to what comes next! 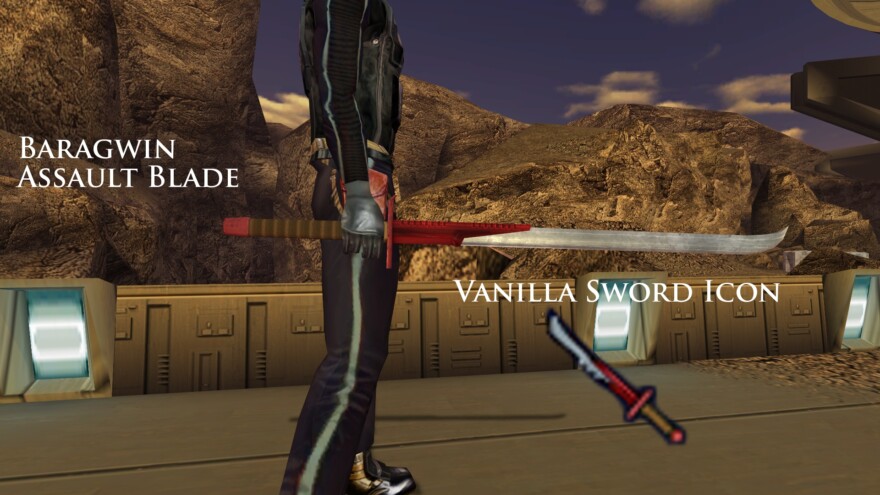 It’s time for a Weapons upgrade!

Everyone wants weapons that look, feel, and act as improved and state-of-the-art models. Weapon model overhaul texture rework used a previous improvement in weapons to give them an original texture and quality.

Previously, Toasty Fresh made amazing improvements in weapons but changed their original texture and feel.

This one is an attempt to maintain Toasty’s improvements while bringing back the touch of the base game to weapons.

If you want the base game weapons but in higher resolution, this is your mod. 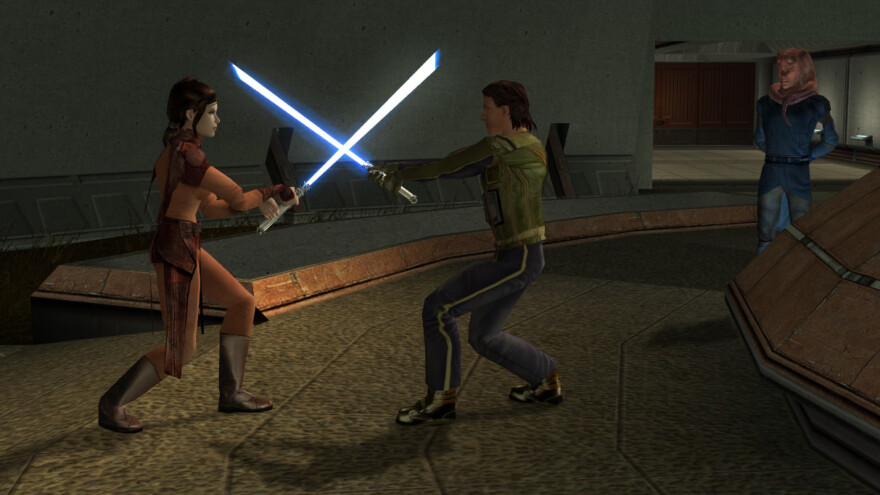 Star Wars movies are amazing for so many things, one of them being the Lightsabers.

However, the training sessions of the game did not have the same Lightsabers. Instead, the game used long swords.

Dantooine training lightsabers brings the feel of the Star Wars movie to training sessions by replacing long swords with Lightsabers.

Also, there are no scripts involved and no annoying sound effects, you just get Lightsabers with this mod.

4. Jedi from the Start 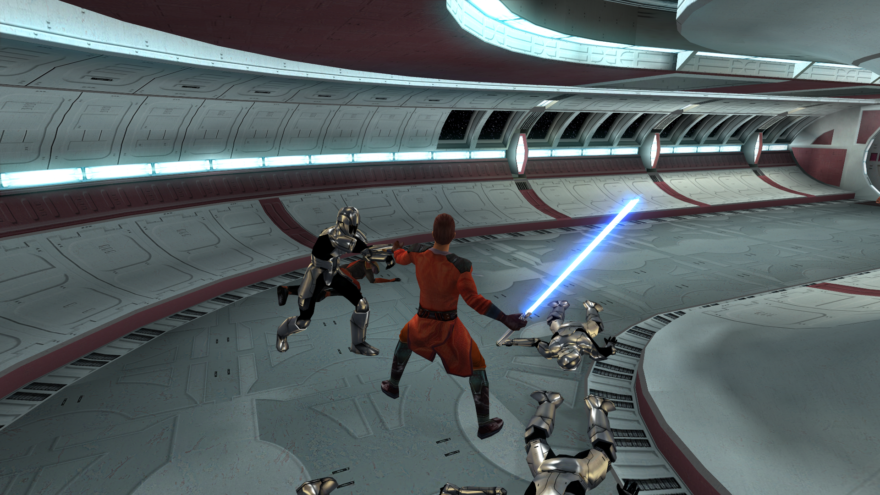 Jedi from the Start has a special place in the lost because it lets the players start the game differently.

You start as a Jedi level 2; the dialogue sequences are different and much more interesting.

That means no more boring tutorials at the start and a whole lot of powers right from the start.

Another charm this mod brings is that it has shortener the dialogue sequences so that you enjoy the scenes without getting bored. 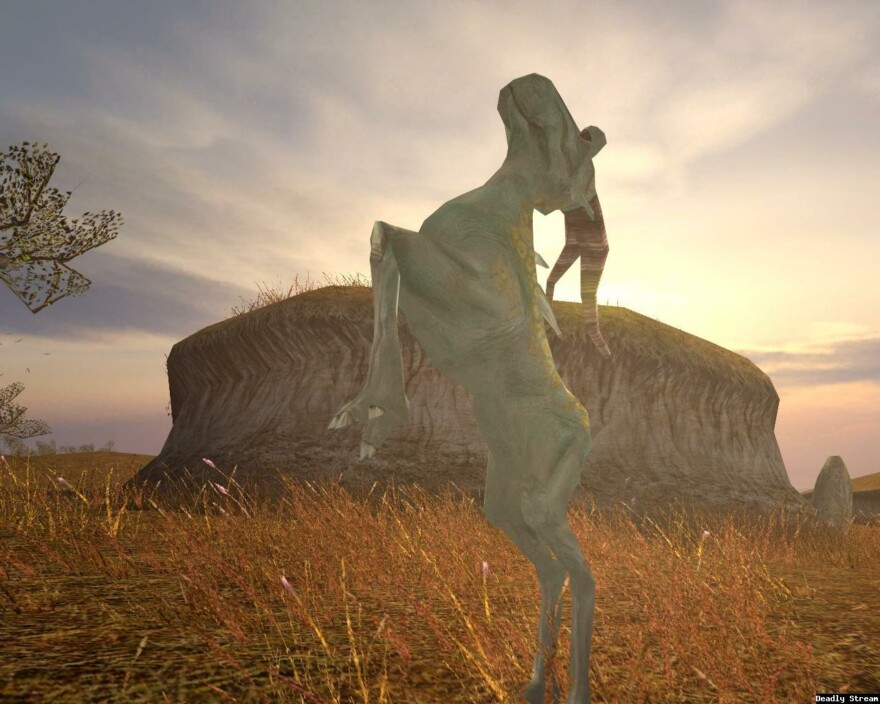 One of the most appreciated mods in the game, Kotor 1 restoration 1.2, brings back the cut sections of the game that were not included when the game was released.

With this mod, you can have a comprehensive experience of the game. Since the mod adds a lot more to the original game, how can it not interest the fans? 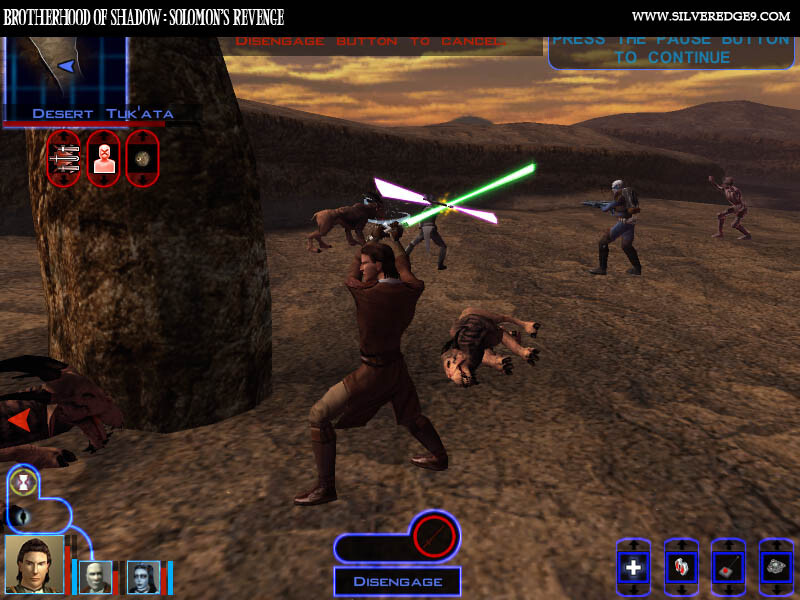 Brotherhood of Shadow is a revolutionary experience in Start Wars: Knights of the Old Republic.

It adds the following to the game:

Brotherhood of Shadow is a fan’s desire fulfilled by the developer. You will need to clear the game up to the Leviathan section before you can experience the innovations this mod adds to the game.

The only reason TSLPatcher is at the top of the list is that it is a mod installer.

Since a mod installer is the first thing you may require if you are a fan of mods, TSLPatcher is a must mod to have.

This mod works with KotOR and K2:TSL. Its function is to make more and more mods compatible with your game.

Also, the mod is not that hard to use, once installed, it makes things a lot easier for mod lovers.