Minecraft by itself is already an awesomely enjoyable game, but combine it with modpacks, and now we’re talking about an all-new piping hot evolved game.

Minecraft is known to have the biggest modding community in the entirety of the gaming world.

So if you’re getting bored of plain old Minecraft, it time to spice things up with these 15 blocky modpacks.

From dragons to mecha creatures to an outer space experience that’s out of this world. These 15 modpacks will surely ignite your Minecraft gameplay.

Imagine standing on top of a tree on a single block of dirt. Now you have to make an entire floating factory on the sky out of those things on your feet.

SkyFactory 4 (SF4) follows a standard skyblock map where you start in a tiny piece of land with a tree and work your way through to expand your little island.

From collecting resources from trees to creating airships and generating power in your own home in the sky, built from almost nothing.

As you progress through the game, you’ll notice several adjustments from SF3, like the absence of draconic evolution.

Also, there would be no more sifting for resources since the majority of them can now be obtained from trees.

This mod can be overwhelming and fun at the same time. But give it a shot and see how enjoyable it can be. 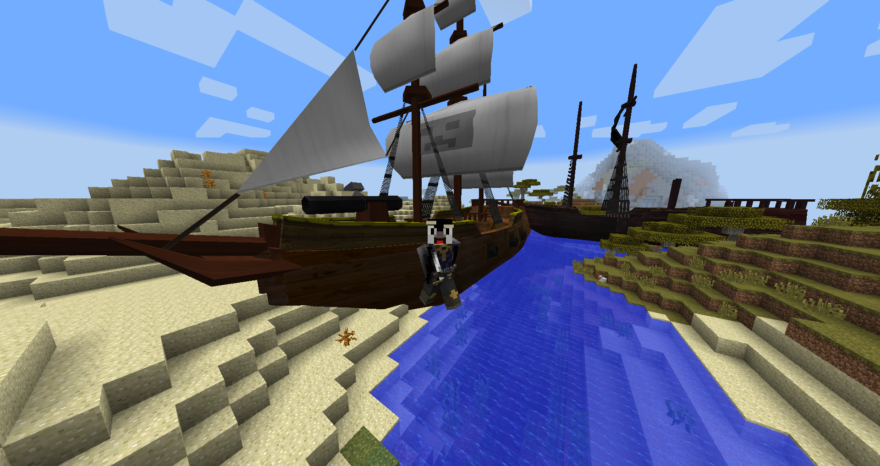 Just from the name, you can already tell that this is a crazy mod. CrazyCraft 4 focuses on taking all the knowledge and experience you acquired in Minecraft and then throwing it out the window.

This pack will bring back the greatest mods from 1.7.10 with the addition of the new custom randomizer.

This new feature will completely change the game for everyone. It makes sure that no single player will have the same adventure or CrazyCraft 4 experience.

Overall, this modpack brought back the OG mods players loved while adding a fresh, new, and unique experience for everyone.

Stoneblock 2 (FTB) is the opposite of Skyfactory. Instead of building in an empty floating world in the skies, you will build in a world filled with stone by carving everything out.

Of course, you start with the boring and laborious task of mining the stone, but you need the fun starts going downhill once you get the tools.

This modpack features the Project E mod, which makes use of the EMC system. Using this system, you can trade EMC for almost all items in the game.

Once you collect a lot of EMC, you can obtain almost all items instantly. So does that mean it’s going to be boring?

A big fat no. With the inclusion of Draconic Evolution in this pack, you will never run short on end-game content.

If you’re looking for progress-based gameplay, then SevTech: Ages would be one of our strong suggestions.

You start off with extremely limited resources and access to mods, ores, recipes, and items.

But as you progress through tons of custom advancements in the pack, you’ll be able to advance to more “Ages,” which gives you access to more mods and wider gameplay.

Start with simple and primitive tools and craft your way to advanced electric machinery. If you love building a civilization from scratch like Senku from Dr. Stone, SevTech: Ages is for you. 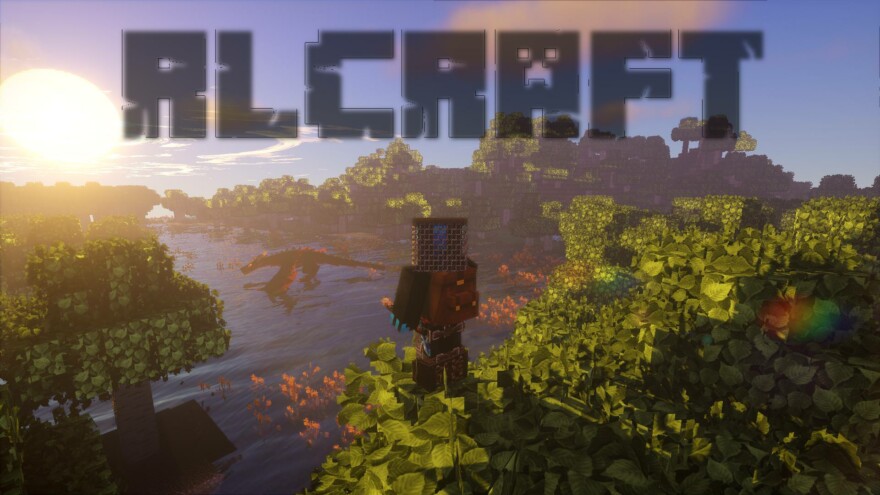 Probably one of the most popular Minecraft modpack of all time, with about 7 million downloads on CurseForge. RLCraft or “RealCraft” is a Minecraft modpack that features realistic graphics and more intense gameplay.

If you think that vanilla Minecraft is too easy, then give this pack a shot. The creator wasn’t joking when he said that “you’re going to die…. a lot.”

With a thirst bar, temperature effects, and dragons that can one-hit you flying around, this adventure won’t be a walk in the park.

According to the creator, this tends to happen every time he makes mods for any game. So brace yourself because this isn’t your dad’s Minecraft.

If you’re a Pokemon fanatic that loves Minecraft, this is the modpack of your life. Pixelmon Generations brings together two of your favorite games to create a blocky world filled with Pokemon.

It features over 900 Pokemon from Gen 1 through Gen 8, 130+ biomes, and a whole lot more from your favorite world.

Even if you think you’re at the Pokemon Master level, this mod will keep you engaged and thrilled. On the other hand, if you’re a beginner, there is no need to be overwhelmed because Pixelmon Generations has a vast Wiki to help you. 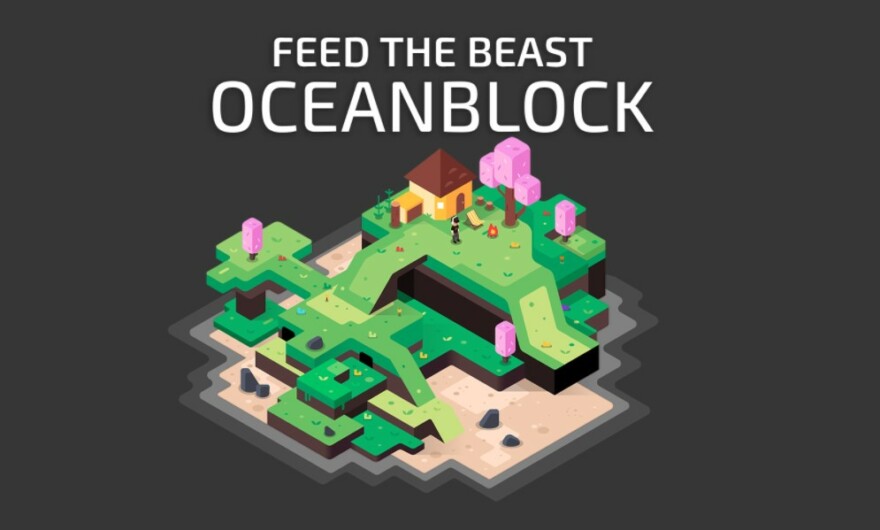 Infinity Evolved is a “kitchen sink” modpack that offers general and versatile gameplay. It comes with most of the popular Minecraft mods, and it offers two difficulties: normal and expert.

So if you think that other modpacks are way too quick and easy, try this one out. 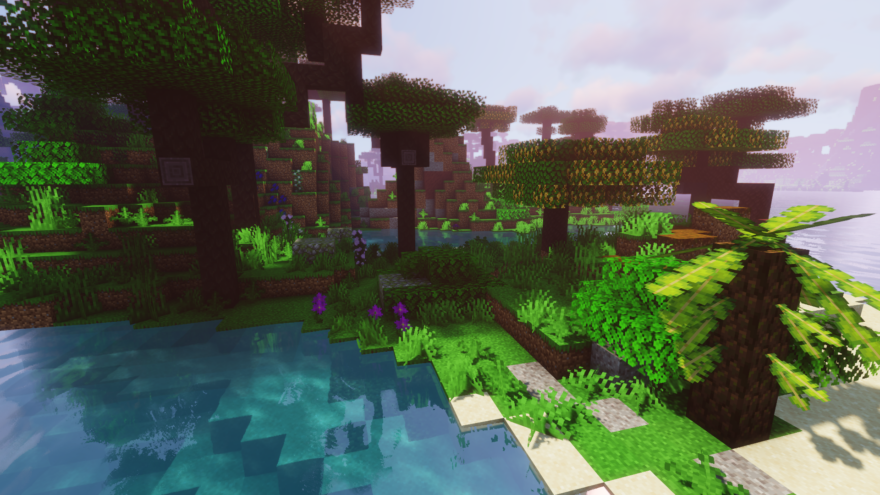 Since most modpacks run on older versions of Minecraft, finding a good pack for newer versions can be tough.

Valhelsia 3 runs on Minecraft 1.16, so if you want to get more up-to-date while playing mods, this one’s for you.

It keeps the most popular classic mods to ensure veteran players feel at home while at the same time adding new mods to keep the experience fresh and exciting.

Even though this pack aims to appeal to a wide range of players, the creators made sure that every mod is the best quality.

So far, we’ve only had intense and thrilling packs, but Farming Valley is for those who want to chill and have a good time.

You will start in a small town and progress by farming, harvesting, and selling your resources for money.

It features four traditional seasons and a wide variety of plants. It’s basically Stardew Valley and Minecraft in one.

One of Minecraft’s highlights is the armada of crazy creatures it offers. But if you’re more into science and advanced technology, Space Astronomy might just make you love Minecraft more.

This modpack will take you on an amazing adventure through space filled with spaceships, rockets, planets, and sci-fi.

You can blast off to every science nerd’s dream of exploring the galaxy while creating an awesome story along the way.

This is like Farming Valley, but instead of “growing,” you will “regrow” the world.

Regrowth puts you in a barren world, and it’s up to you to rebuild that wasteland. Since you start with almost nothing, it can be quite challenging at first.

It will be harder to defend against mobs without proper equipment, so if you want a challenging pack where you can get the most hours of enjoyment, download Regrowth.

Do you love Dungeons and Dragons? Are you looking for more adventure in Minecraft? Well, you would love Hexxit.

You will be embarking on an epic adventure fighting beasts and creatures, clearing dungeons and towers, collecting treasures and artifacts, tame your own beasts, and everything your adventurer’s heart wants.

Time to unfold your own legend in the exciting tale of this mod which features 47 different biomes all over the world. 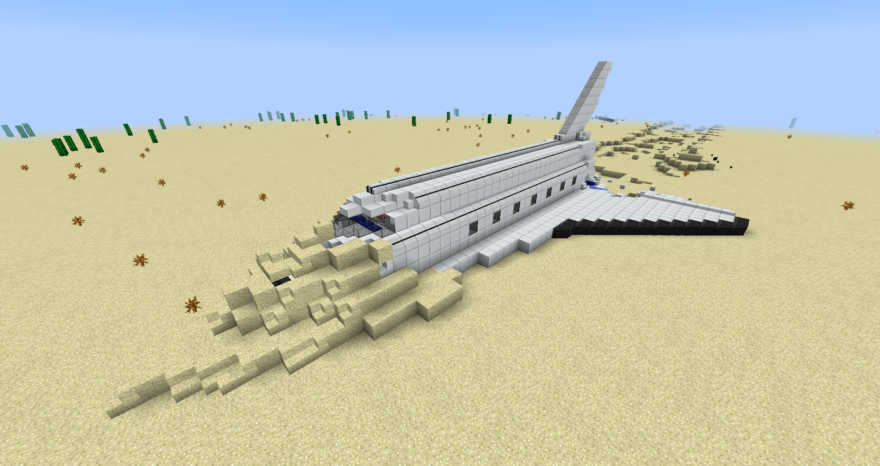 Forever Stranded shares the same theme with Regrow. You are stranded on a planet with nothing but sand in sight. Now you must stay cool in this harsh and hot environment in order to survive.

First things first, you must find a way to quench your thirst and quell your hunger. Beware of the night as all the troubles so far don’t even come near the dangers it holds.

Revelation is another “kitchen sink” mod pack that offers general and versatile gameplay.

It’s really similar to Infinity, but this pack is like the modern newer version.

Some older mods from Infinity might be missing, but in return, it features newer mods to give you a fresher experience.

So if you’re a veteran who loves to play classics, go with Infinity. But if you’re looking for something new, Revelation is the better pack.

If you find all the modpacks in this list too appealing and you can’t decide what to download, All the Mods 5 is the answer.

It comes with over 200 mods from different genres; adventure, farming, magic, science, and a whole lot more.

So if you’re new to playing mods, we suggest you try this one so that you can get a little taste of every mod until you find out what you enjoy the most.