Stellaris is one of the best grand strategy design games of all time a game about diplomacy, strategy, and war.

The immersion of the universe, mechanics, and the gameplay is worth getting into, but the space battles are what Stellaris is all about.

Although the game received high praise, we believe that our list of the top 10 best Stellaris mods will have you hooked to your computer for days to come. 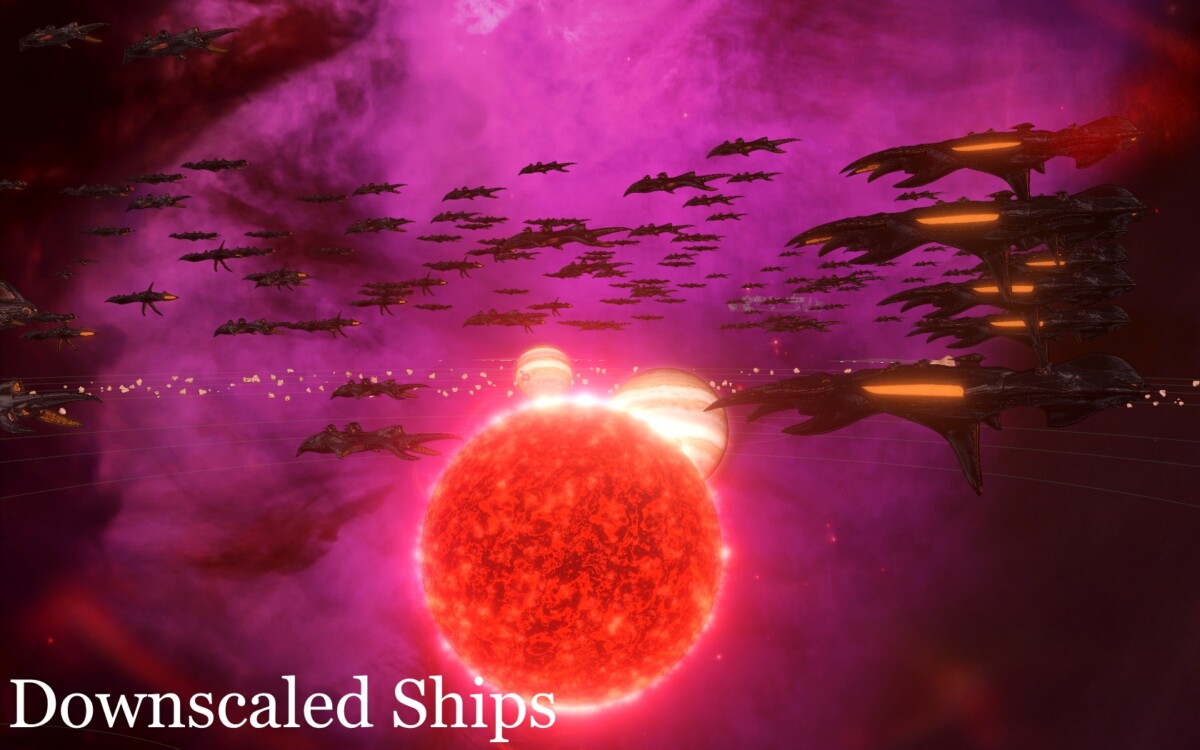 The Downscaled Ships mod aims to improve performance by making a few changes to the game’s visuals.

In particular, it lowers the density of fleets, which can help to reduce lag and improve frame rates. It also lowers shadow and texture quality, which can further improve performance.

In addition, the mod makes a number of other small changes, such as reducing the size of ship icons and removing some of the game’s lighting effects.

Overall, the Downscaled Ships mod can provide a significant performance boost for players with lower-end PCs.

19. No Grow When Overcrowded 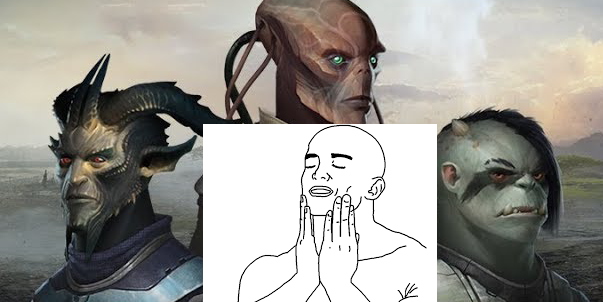 No Grow When Overcrowded is a mod for the game Stellaris that aims to improve performance and reduce micromanagement.

The mod works by reducing the amount of growth that occurs when a planet is overcrowded. This leads to fewer pops on a planet, which in turn reduces lag.

In addition, the mod eliminates the need for late-game micromanagement by eliminating AI overcrowding.

As a result, players can focus on other aspects of the game without having to worry about their planets.

No Grow When Overcrowded is an essential mod for any Stellaris player looking to improve their game experience. 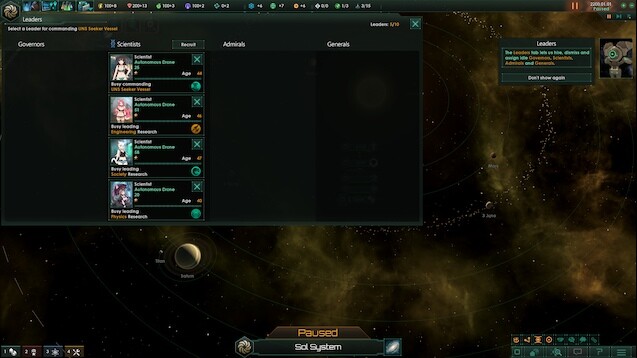 If you’re a fan of the Sakura girls, then you’ll love the Sakura Stellaris mod!

Just think about it: what was your favorite game when you were a kid? Now imagine if it had featured a cute anime girl instead of the main character. Suddenly, the game is even more appealing.

This mod adds over 150 loadings screens and leaders featuring colorful art and pics, along with fun k-pop tunes! 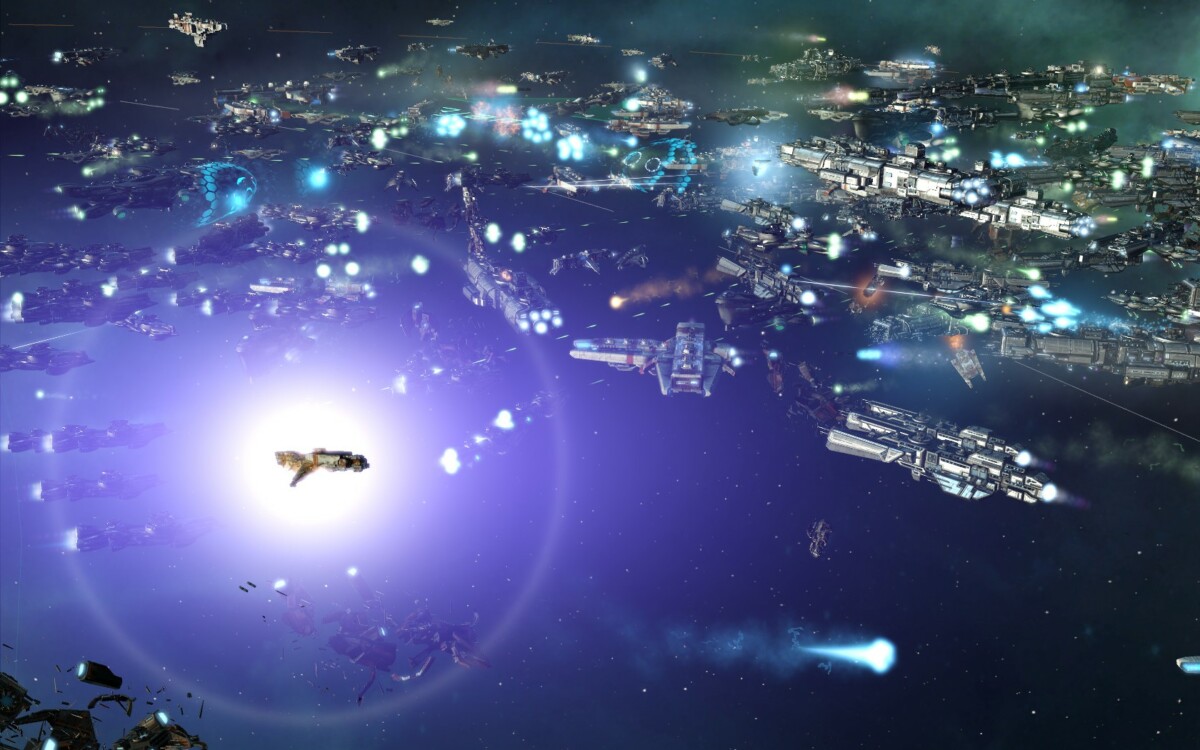 With the Epic Explosions mod, when a ship is destroyed, it lights up the entire screen with a bright light, just like a real supernova.

The base game’s ships simply disappear into the darkness, but with this mod, they go out with a bang. Not only is it more visually impressive, but it also makes the game more fun.

There’s just something about seeing things go up in a big bright flash that gets our adrenaline pumping. And, of course, the bigger the explosion, the better.

After all, what’s the point of exploring space with dangerous technology if you can’t see the mind-boggling aftermath? 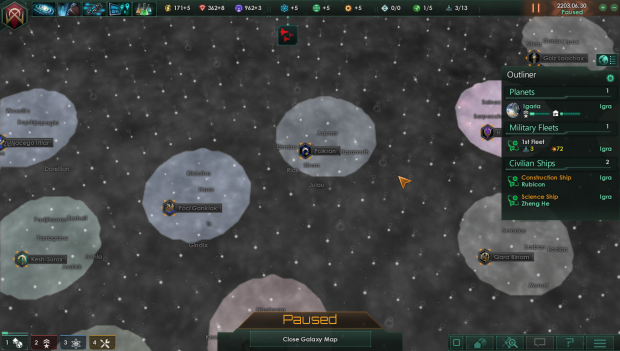 Stellars is a popular space-exploration game that allows players to build their own galaxies. However, some players have found the default galaxy size to be too small.

Massive Galaxies is a popular mod for Stellars that increases the galaxy size to a massive 10,000 stars.

This not only allows for more exploration but also for more complex empires and civilizations.

The mod also includes an increase in the number of AI empires, making for a more challenging and realistic game experience.

Overall, Massive Galaxies is a must-have mod for anyone looking to get the most out of their Stellars experience.

15. Mass Effect: Beyond the Relays 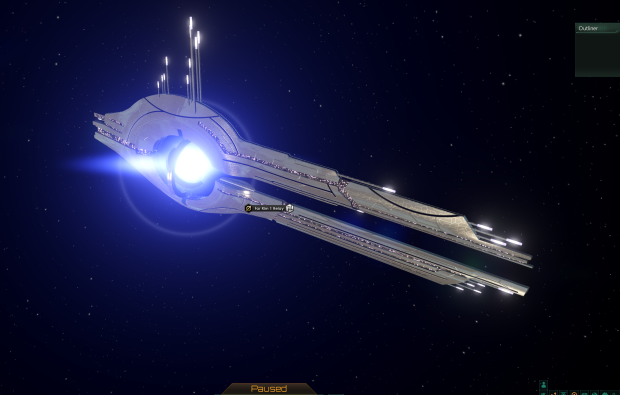 One comparison that Stellaris and Mass Effect have is the fan base. Stellaris is the perfect game and setting for a Mass Effect mod, so that’s what Mass Effect: Beyond the Relays provides!

This is a large-scale mod, including over 300 custom solar systems! This mod also offers a fully functional and accurate Mass Relay Network.

There are three modes to play in, including traditional, “Canon,” and a hybrid version. This mod doesn’t leave a stone unturned with this conversion!

If you’re a fan of the Mass Effect series, then this is a must-have in your mods download folder. 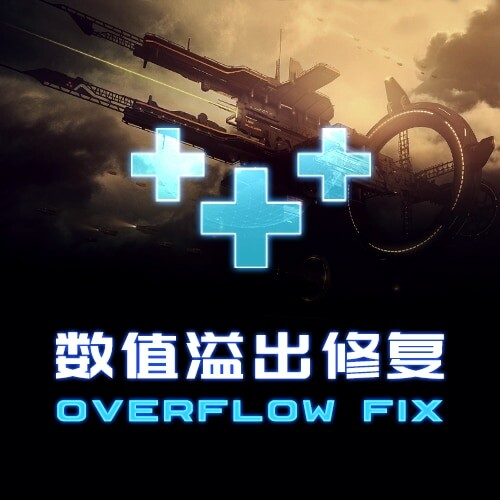 Most games have bugs to be fixed, and many players encounter a glitch or two while playing at times.

But they can really interfere with your playthrough, which is why the Overflow Fix mod is great!

The Overflow Fix mod focuses on the glitch that happens due to a numerical overflow. This bug is common enough to the point that it’s the bane of every Stellaris’ player’s existence. 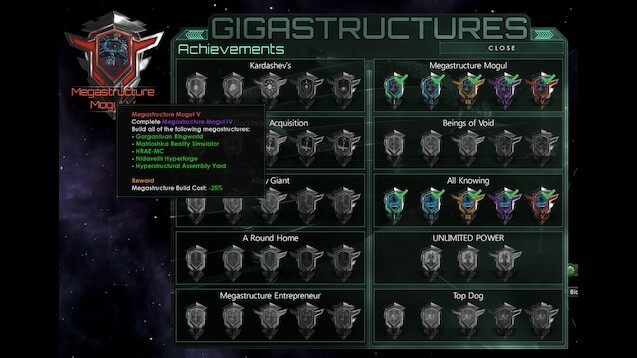 If you’ve been playing Stellaris for any amount of time, you will know how crucial building structures is!

These brand-new megastructures are also jam-packed with power and resources, providing a strong boost to your end-game.

This mod also includes new events in the endgame and an alternate beginning! 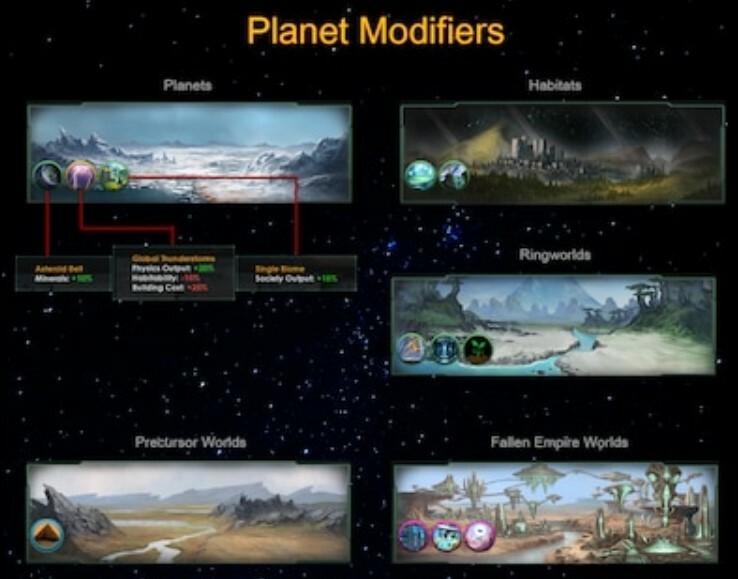 Stellaris is one of the most diverse strategy games out there, but there is always room for more!

The Guilli’s Planet of Modifiers and Features mod increases the diversity and overall feeling of exploration in Stellaris by introducing over 300 modifiers!

The mod will also introduce over 100 planetary features, as well as 28 new relics and many new blockers.

The mod creator also included a new starting menu to make selecting modifiers easier and allows you to turn certain mod features off. 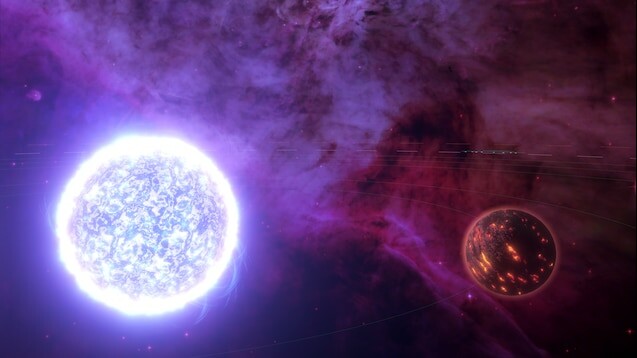 Most players don’t often worry about the graphics of Stellaris, as it’s not really one of its crucial features.

However, there are some players that wish for a graphics update, and the Beautiful Universe 2.0 mod is for you!

This mod greatly increases the graphics by using actual photo references from NASA! With this mod, your game will look positively breath-taking with enhanced detailing.

The mod also takes references from EYE Online skyboxes and other digital art. 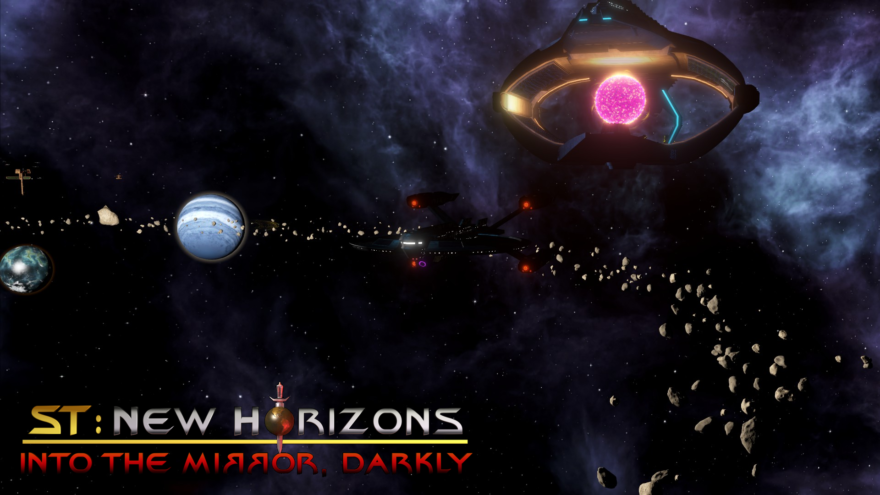 Star Trek: New Horizons is by far the best mod for the game. It contains everything from graphical enhancements to ships, buildings, and more found in the famous franchise Star Trek.

The mod copies every aspect of the series Star Trek providing a complete immersion into the franchise.

There are many different races for players to choose from and many events and races to indulge in.

The mod is perfect for all those that fangirl about the franchise and can’t seem to get enough. There is an entirely new tech tree as well that you can start to explore. 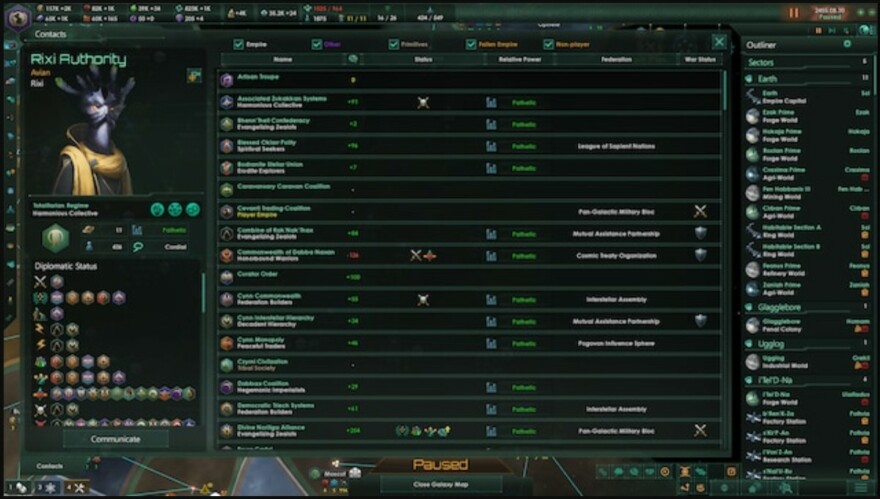 A gamer would instantly notice when playing this game is how the UI starts to have trouble adapting when switched to higher resolutions.

UI overhaul dynamic is a combination of mods that look towards fixing this issue.

The mod changes the font, alters the backdrop image, and ensures that the user interfaces no longer cause any viewing problems. This is one quality of life mod that you need. 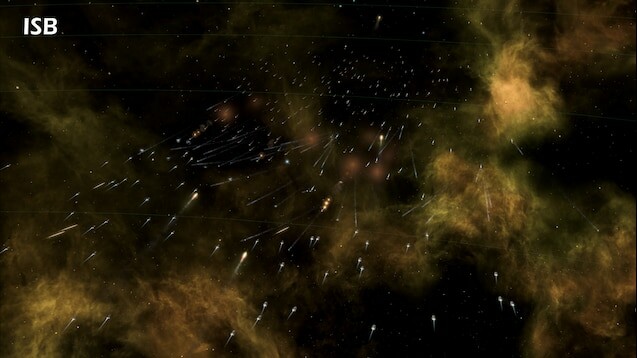 Don’t you hate it when you’re in the middle of a space fight, and upon zooming in, you’re completely disgusted?

Not anymore, as improved space battles provide you the right graphics to enjoy an intense space war.

Now you can watch your soldiers take up arms against your legendary foe as they bring them to their knees and show them the true might of your great empire.

Yes, the space fights are more epic and more legendary with this mod. Don’t just believe us, try it for yourself. 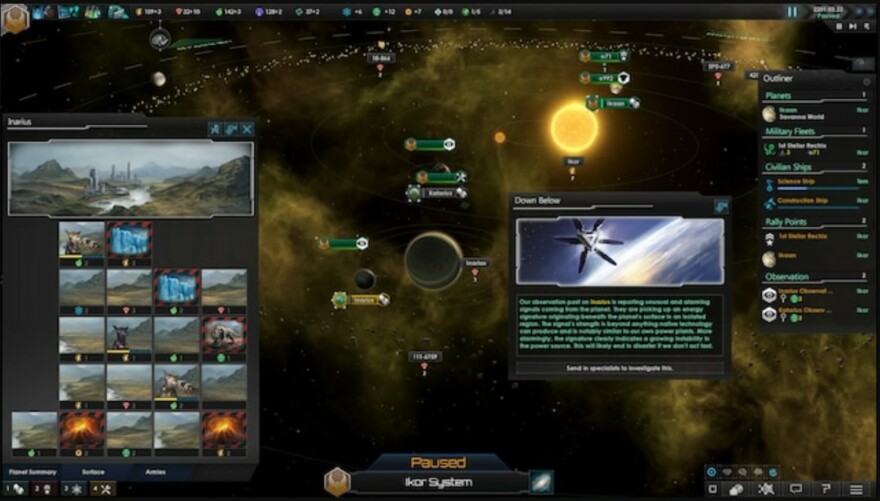 If you feel that the game is slowing down and is not keeping your interests at the level they were at when playing the game for the first time, then get more events mod.

The mod introduces small events that might stumble across your way and keep your interests peaked.

These events are not something grand or part of the storyline but some nibbles for you to feed on before you get ready for your meal, the main mission. 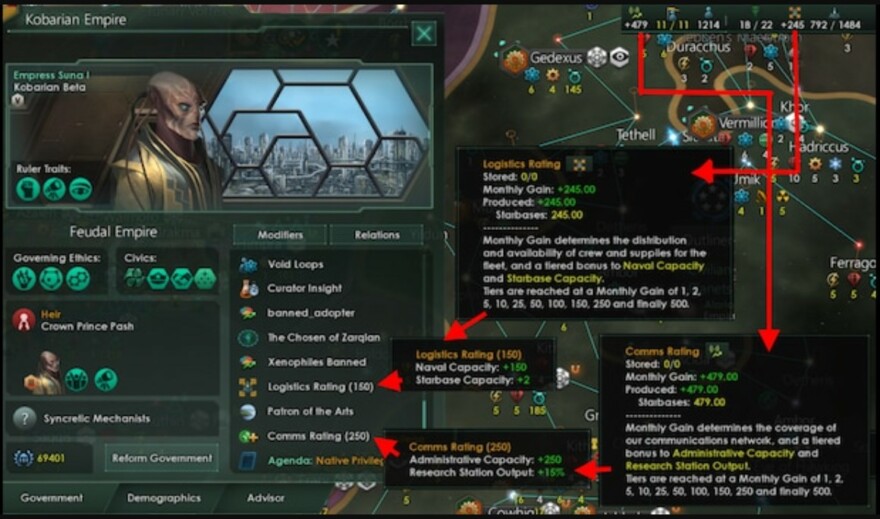 Alpha mod 2.8 is a mod to look out for if you want to stay tuned to the world of Stellaris.

The mod is a complete expansion of the vanilla game and introduces new buildings, ships, governments, and more so that players get to experience new things while staying in the fascinating kingdom that is Stellaris.

The mod keeps on updating regularly so that you don’t get bored of any component any time. How perfect is that? 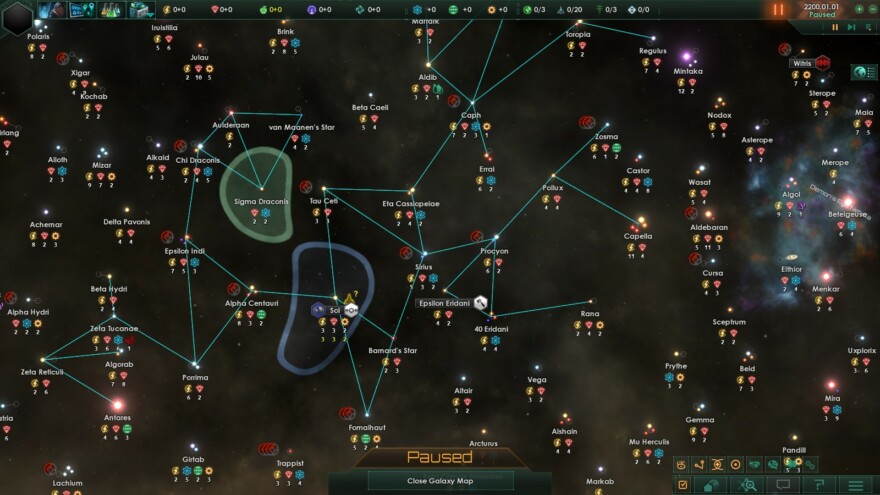 If you’re a big fan of the real, the real space 3.7 will shake your boots up as it brings real science into the game.

The mod adds a complete solar system, in fact, a bunch of stars into the galaxy. As you look closer into the galaxy, you will notice how real these stars are.

They will spit out gases while moving around the galaxy and more.

You can even add a lot of things like space weather and clusters of stars into the mix, making it the best mod for you if you enjoy staring at the stars. 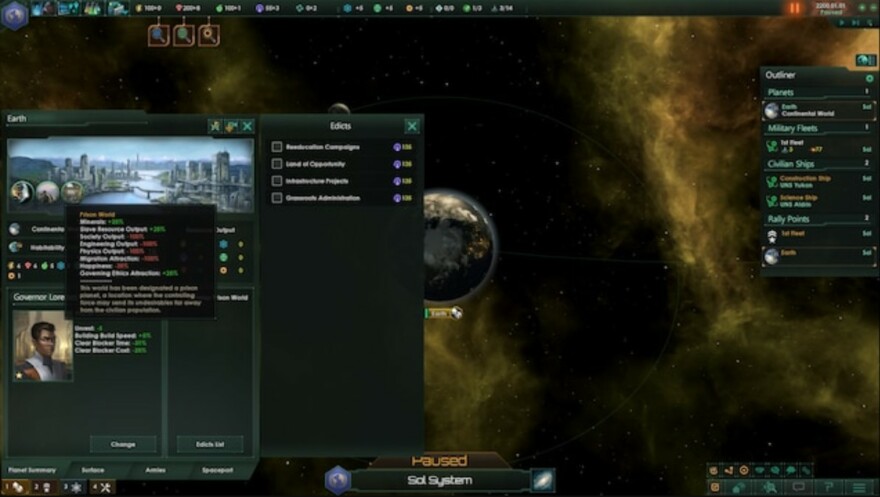 If you’re the kind of gamer that loves to go big or go home, then the dedicated worlds mod is the one you’re looking for.

The mod adds nine different planets allowing gamers to colonize or dedicate those worlds to a particular development like.

For example, one world can be completely dedicated to agriculture to feed the population while the others can have residents simply living and enjoying their lives and so on.

This way, you can ensure that everything is running as efficiently as possible. 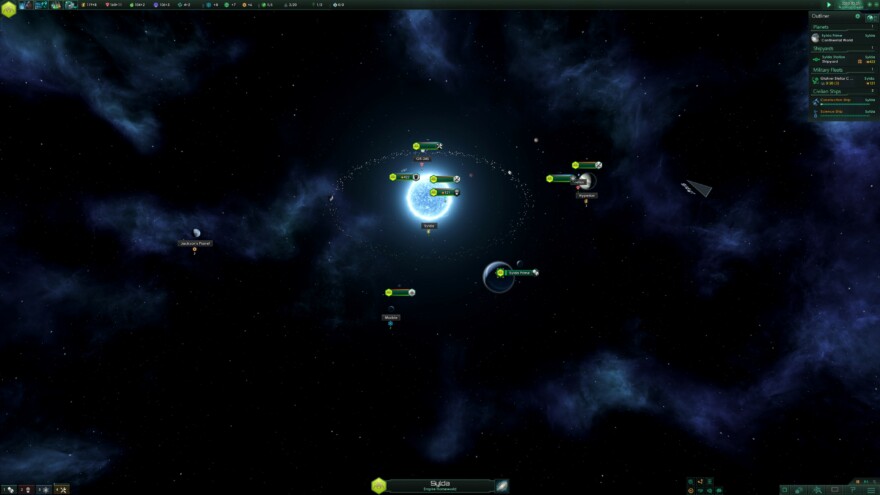 Are you a gamer that can resist graphics or, in this case, stunning views?

The realistic camera mod is not a graphic enhancement mod but a simple camera mod that allows gamers to adjust their cameras, zoom out and look around wherever they feel like without being restricted with one view.

You can get as close to the sun without getting burnt or even witness the moon glow in the darkest of the nights.

It’s pretty stunning to watch, and we recommend the mod to everyone who enjoys a bit of a view now and then. 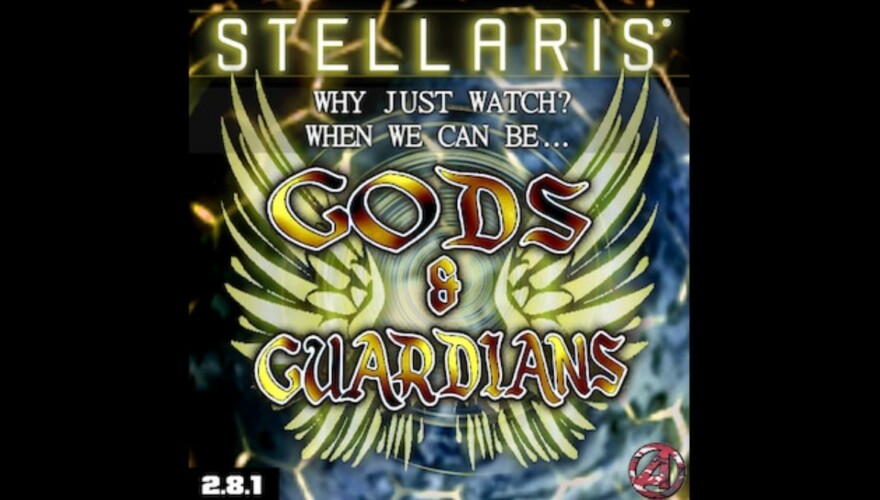 Control the natives and take destiny in your hands, for you are a God sent to guide mankind. Gods & guardians allow gamers to control the natives, enslave them and let them do your bidding.

The decision to choose whether you want to destroy other races or enslave your own lies in your hands.

You can lead the natives to victory or simply enslave them under your reign, the decision is yours.

1. Sins of the Prophets 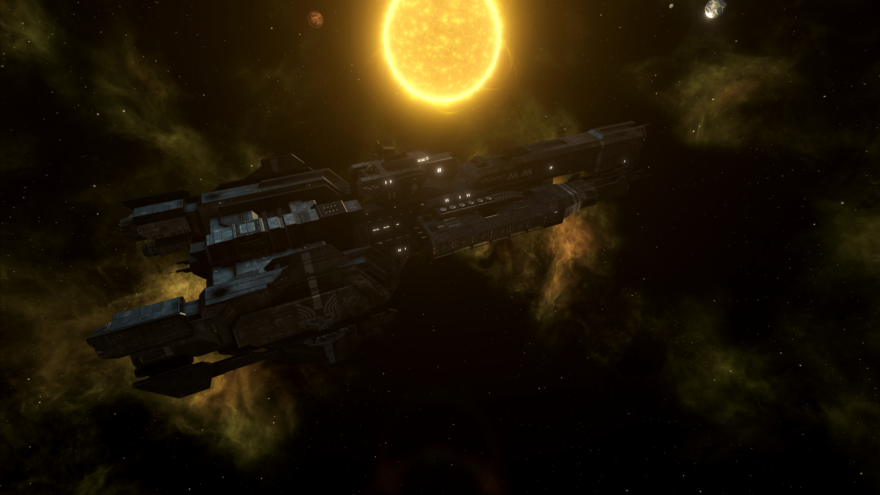 What is a space game without some visually stunning spaceships?

Sins of the prophets ensures that you have some of the best space battles of all time as you rock out beautifully crafted spaceships like a corvette, destroyer, and more.

No more roaming around in dull, boring spaceships. After installing the mod gods and guardians, sins of the prophets will truly make you feel like a god as you cruise past galaxies towards a war that you’re sure to win.

Get your seat belts on as the groove is about to start.