Piranha Games’ MechWarrior 5: Mercenaries is the best of the mech shooter/adventure genre.

It makes sense that a game people love for the wide array of mech variants and customizations would want to take it further with mods. Please keep reading to see our ten favorite mods and others worth checking out.

There are hundreds of MechWarrior 5 mods out there on the internet, but together, these ten can be the only ten you’ll ever need if you want an easy path to upgraded gameplay. 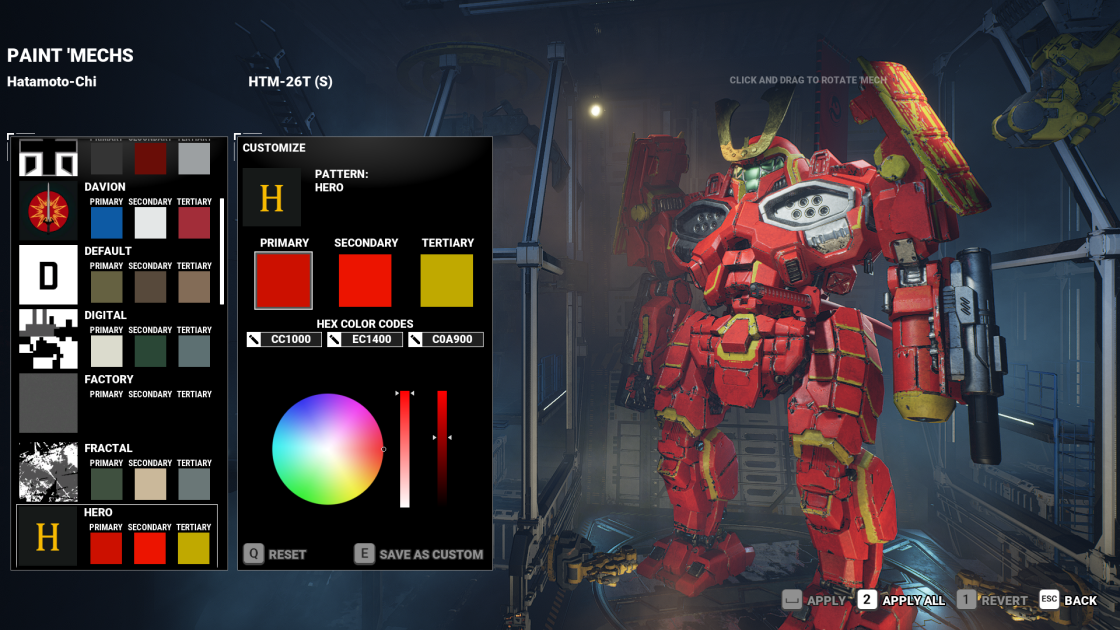 Camo Spec 2.0 is packed with cosmetic goodies and unique mech designs. As far as cosmetic bundles go, this one is huge.

With this mod, you get unique mechs from Founders, Phoenix Project, and others, plus a series of unpainted mechs.

For your existing mechs, there are hundreds of skins and patterns to try on. Join thousands of other MW5 players with this popular cosmetic pack. 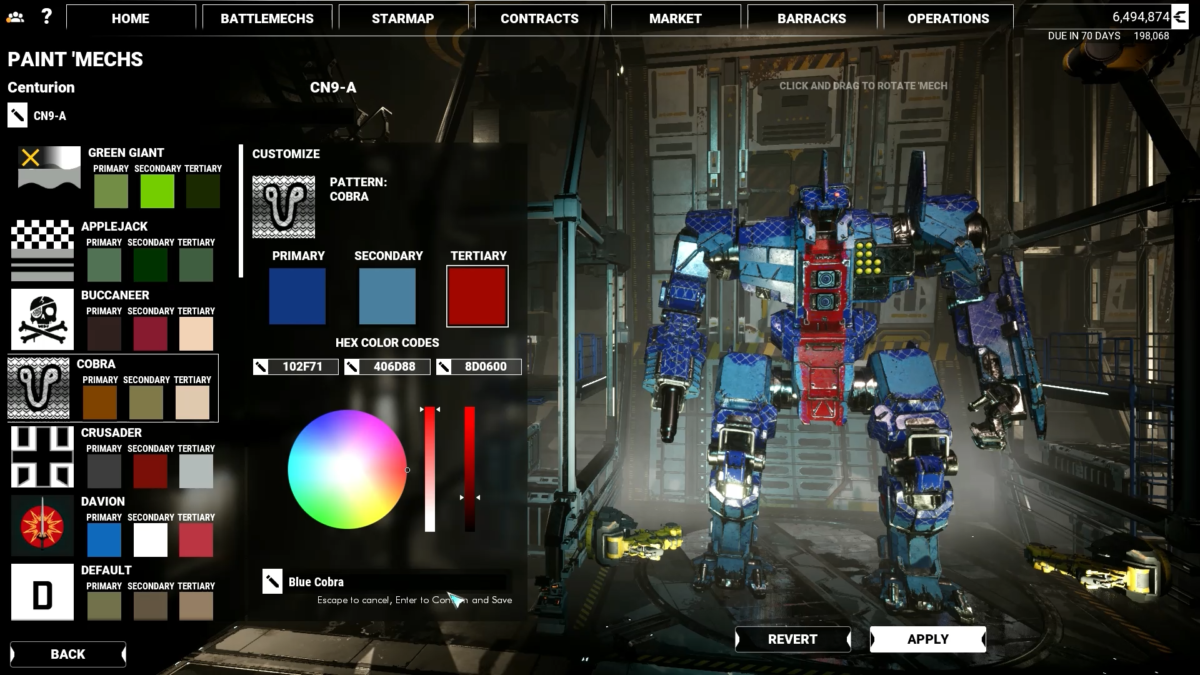 Finally, a mod for saving your mechs’ appearances without remembering hex codes. This mod was beloved by the community when it was released.

A basic quality of life upgrade, Paint Theme Saving will let you save paint themes for your mechs and apply them to your others with a few clicks.

It’s surprising that this feature was not a part of the base game, even if it may have come later in some form through DLC. 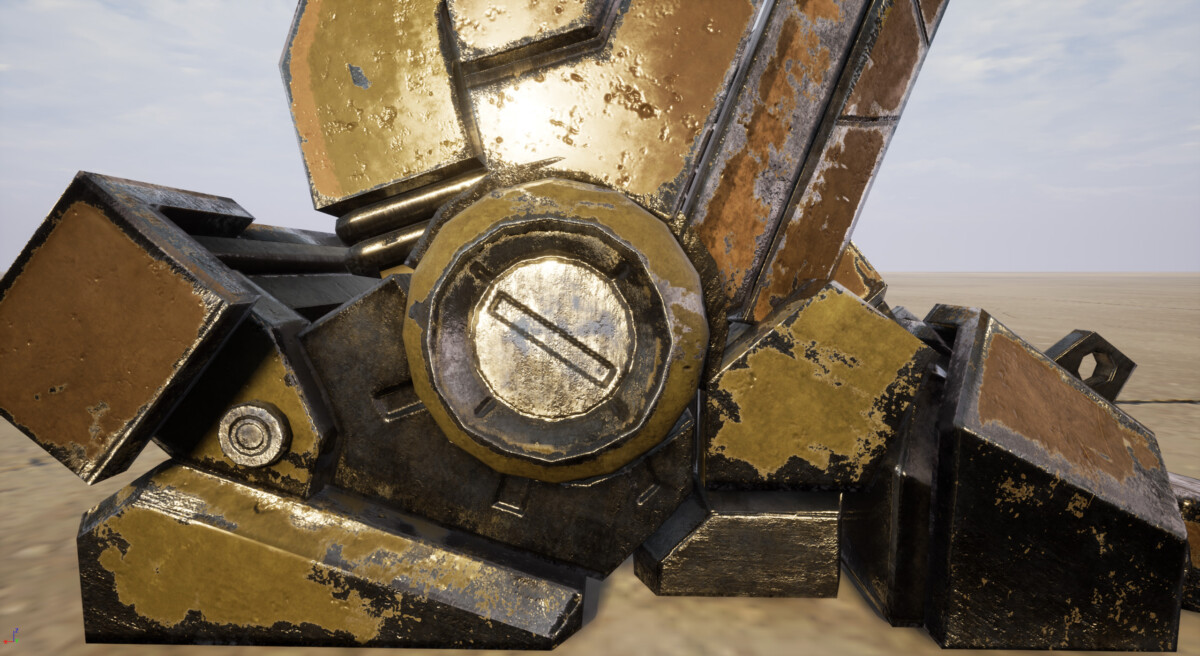 Source HD Texture improves your immersion and visuals with a simple download.

By replacing some of the game’s textures with the high-resolution versions from the source file, this mod can make your mechs, cockpit, terrain, maps, and more come to life.

Those players with high-powered rigs want to be able to get the most out of their hardware, no matter the game they’re playing.

Creator Lt47 has several other visual upgrades or tweaks available that can improve your MW5 experience. 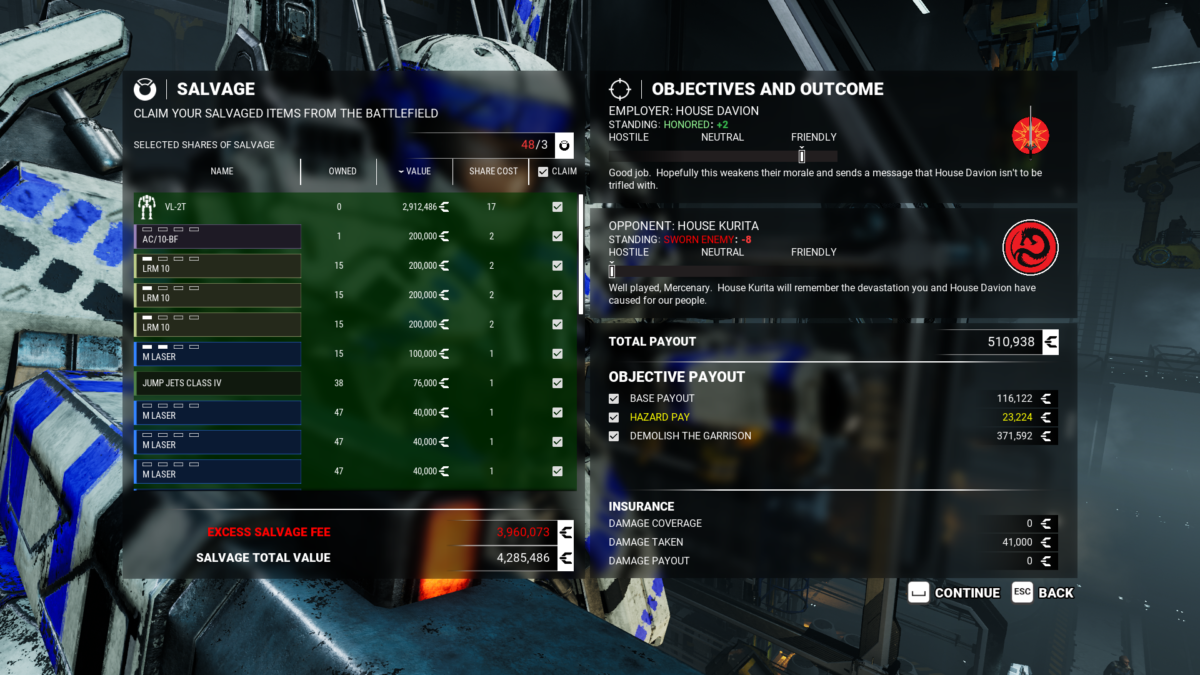 Purchase Salvage gives the player more freedom and leeway with the systems surrounding salvage and currency in MechWarrior 5: Mercenaries.

This is essential for running missions and pairs perfectly with the salvage changes from mod #1 on this list.

Falling just shy of a salvage share total you were eying is one of the most frustrating things; it feels a little unfair.

This mod enables you to bridge gaps in shares using C-Bills, automatically apply your shares, and adjust the penalties and limits of the mod’s assistance.

Purchase Salvage is an excellent example of a “should have been worked into the base game” mod. 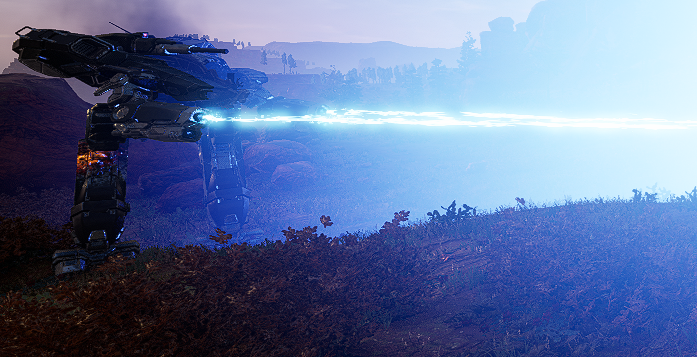 A mod to make the action in MW5 more life-like, Realistic Weapon Velocities is for players looking for the next tier of immersion. The creator studied modern tanks and weapon technology.

Each weapon type can be modified to reflect differences between real varieties of ammo and hardware configurations. Players are left with a smoother, more consistent mech and gun combat experience. 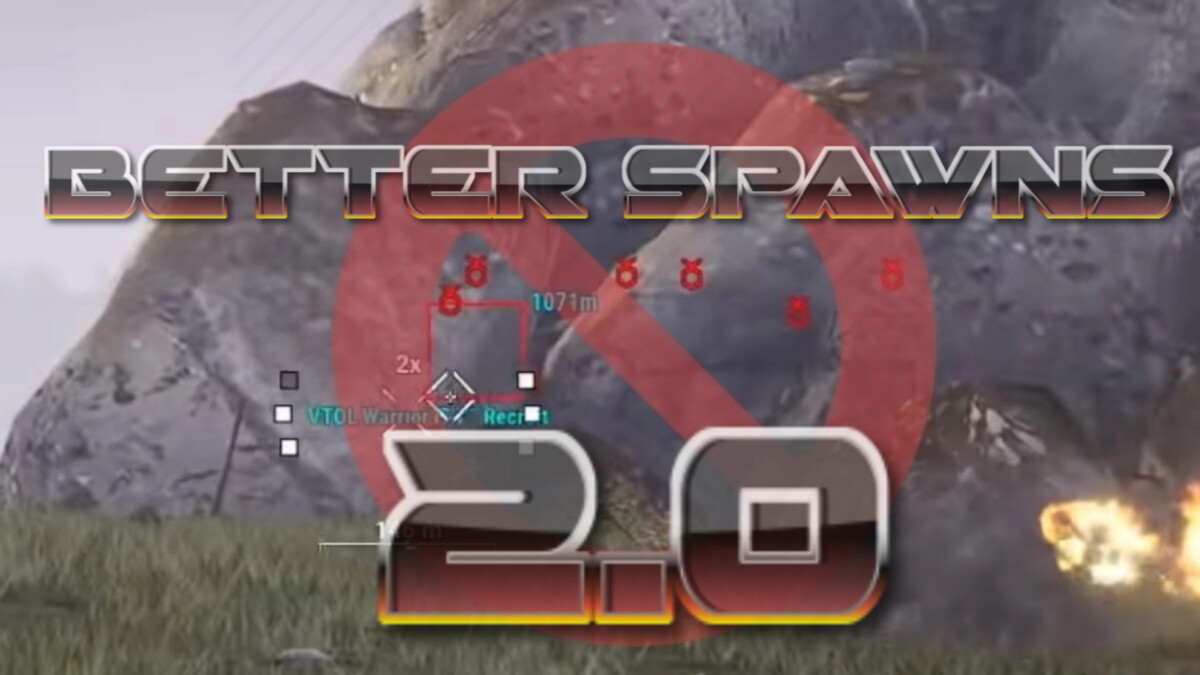 Better Spawns does precisely what you think it does. Better is always better, as the saying goes.

The default spawn rate and placement in MechWarrior 5 can be too fast and close to the player, making an unrealistic, hectic experience that doesn’t reflect the sci-fi reality we want to explore.

Vtol spawning is moved further from the player, and ground units only spawn on and through dropships. (Anything that needs to be pre-spawned will still spawn, even if away from a dropship.)

4. Yet Another Weapon Clan 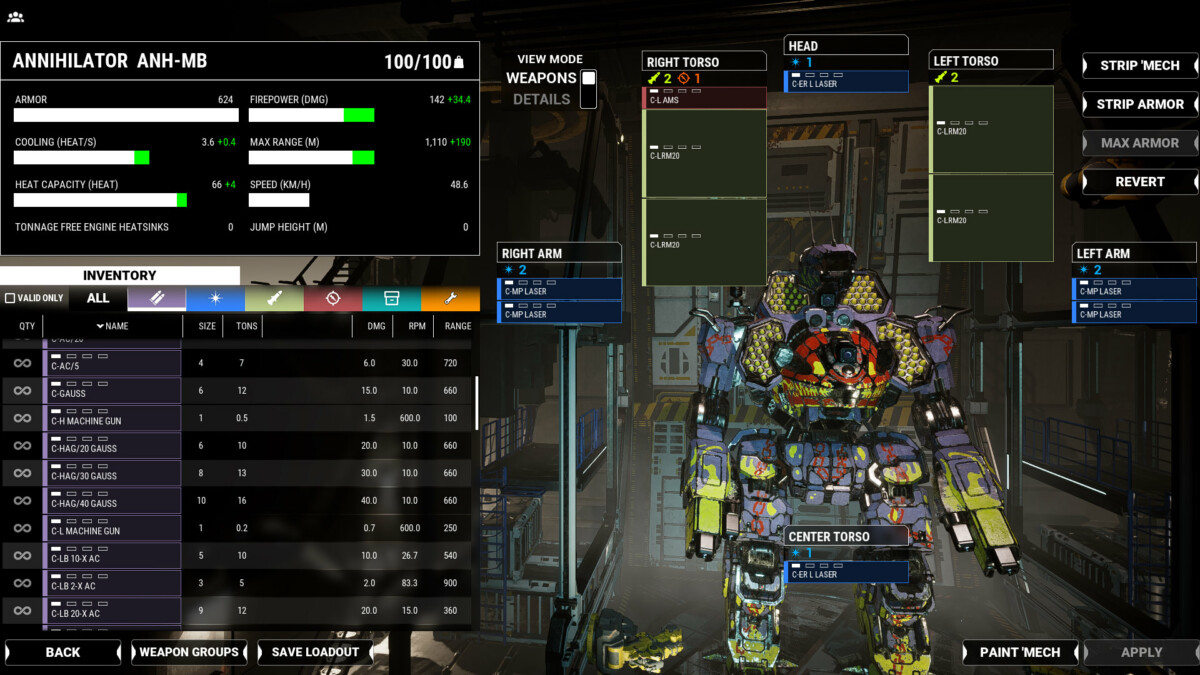 (The final four entries on our list are all from the Yet Another series creator, cszolee79. We love them.)

Weapon Clan introduces a mountain of new equipment to your game. The primary Clan weapons from MWO are now available in MechWarrior 5.

We love the feel of these ATMs and find ourselves using them more often than not, even though they may not be strictly powerful enough for some players’ needs – but that just means there is something different about each weapon type!

Note: This mod used to be dependent on Mercs Reloaded, which has ceased development. Yet Another Weapon Clan is still compatible with vanilla MechWarrior 5 without. 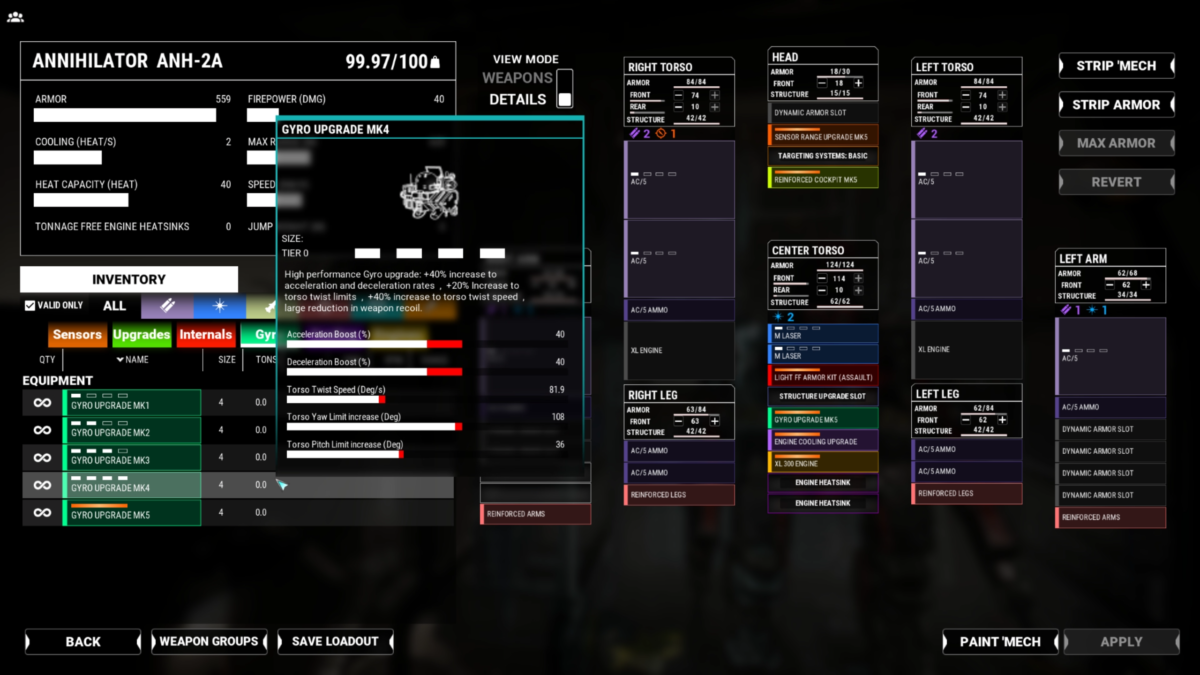 Use Disable Cooldown Sounds to silence that annoying cooldown noise added in DLC1.

Starting in DLC1, all weapons come with a cooldown event sound. This alert was novel and enjoyable for approximately ten minutes before growing tiresome. Finally, as the mod’s maker says, “No more woopwoopwoop!” Thank god.

This mod could be #1 if that didn’t seem so unfair to the next two, which took a ton of work. It wouldn’t be a proper mod list without a tiny quality of life change in the top three.

We think these tweaks and fixes can matter more than massive overhauls or weapon/skin packs. 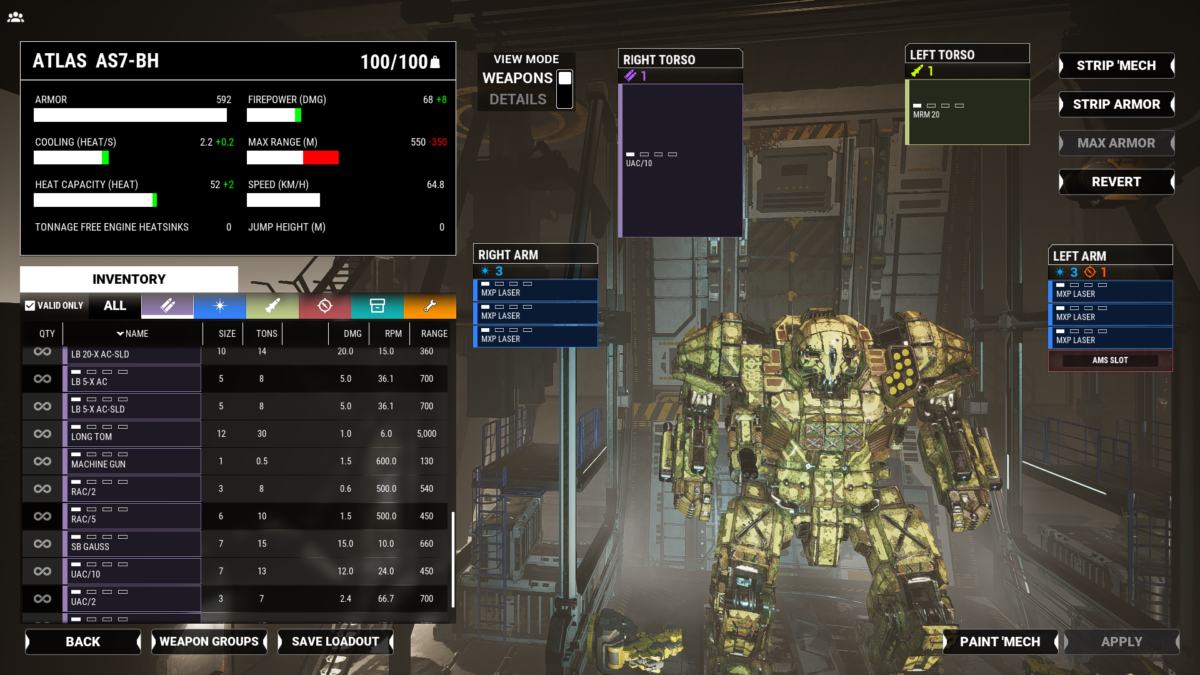 Sound familiar? Yet Another Weapon is a massive standalone weapon pack from cszolee79.

Get an array of Advanced Inner Sphere weapons plus a Global weapon rebalance and options to tweak your experience to your own taste. This pack has all weapons previously found in the out-of-date Another Mech mod.

These weapons work with DLC3 and most other mods, too. It’s impossible to have too many weapon choices when you’re planning a loadout. 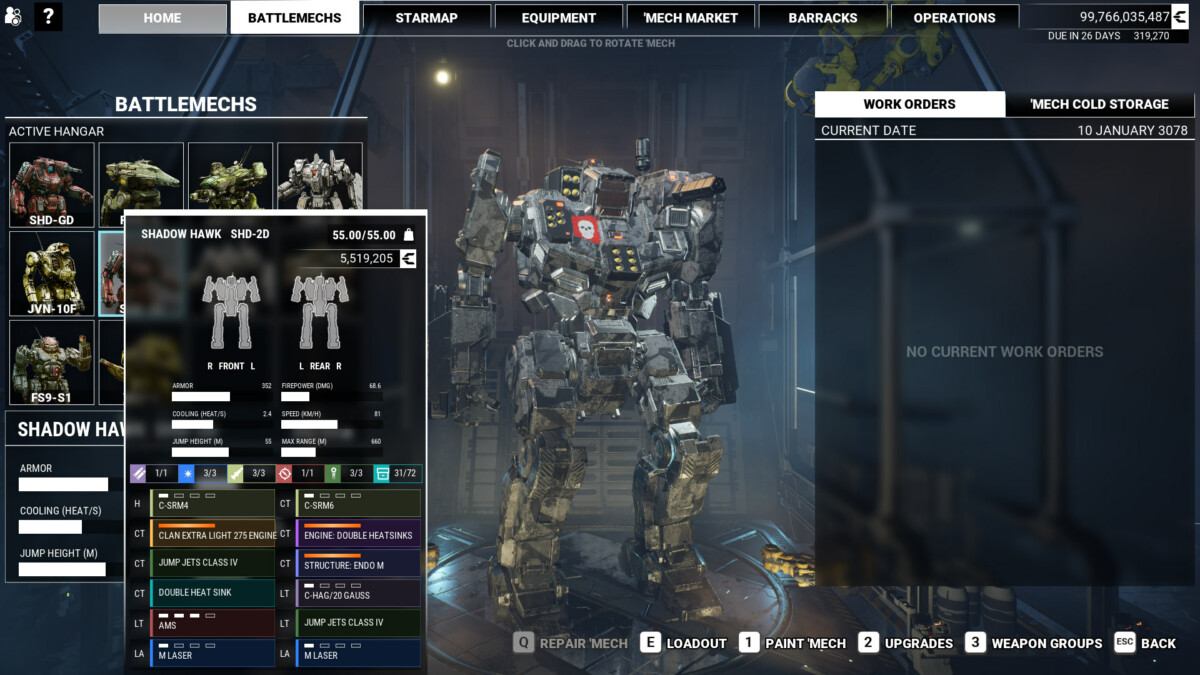 Mechlab offers an intense overhaul of MW5’s lab, making it like MWO’s with everything fully unlocked. This mod adjusts salvage chances and drop sources.

We placed this mod in our top spot because of just how radical a change it makes to the game. With over 100k downloads, a considerable proportion of players use this.

We had to end this list of the best MechWarrior 5: Mercenaries mods with yet another must-have. Now get out there and conquer!