Slime Rancher is a game very near and dear to our hearts. We daresay there are no cuter games around.

Developed by Monomi Park, Slime Rancher is the story of a young rancher looking to make a name for themselves in the vicious slime industry.

There is not a single player that doesn’t wish at least one variety of colorful slime was real.

Get out there and ranch those slimes as the plucky, hard-working, and iconic Beatrix LeBeau.

There are mountains of mods for Slime Rancher.

We’ve picked our favorites that are either the cutest or add the most ease and fun to life on the ranch in this cute, chill game. 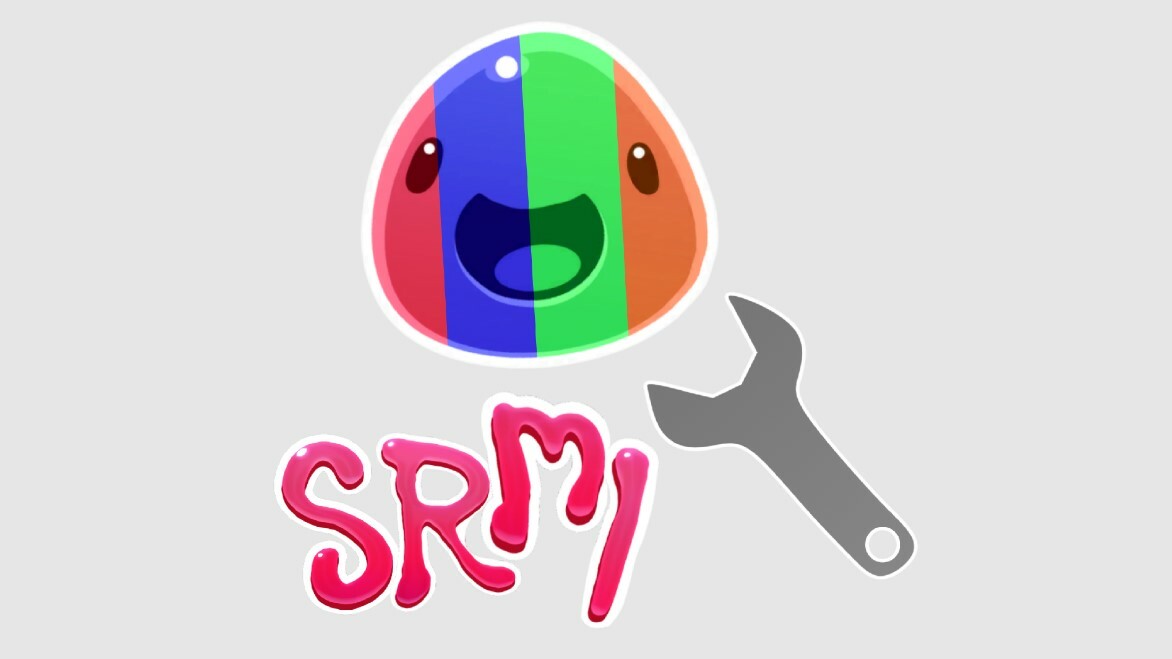 A mod that enables players to use mods is always a good place to start for one of our lists.

A few mods out there require this mod loader to function correctly.

SRML is an open-source mod loader and framework for Slime Rancher.

Using it can aid in the installation and running of mods created by the community.

Players less comfortable with manipulating folders and files in their directories will find this helpful.

The first new species of slime on the list, Shadow Slimes, are menacingly adorable black and red slimes players can raise on their ranch.

They are perfect for players who are looking for a more dangerous slime to raise.

We are not Slimeologists, but know that a Shadow Slime forms when a Phosphor Rad Largo Slime gets left in the sun.

They do NOT become largos themselves; have your Hen Hens ready to go. (Warning: Shadow Slimes triple in size when angered. Be nice to them.) 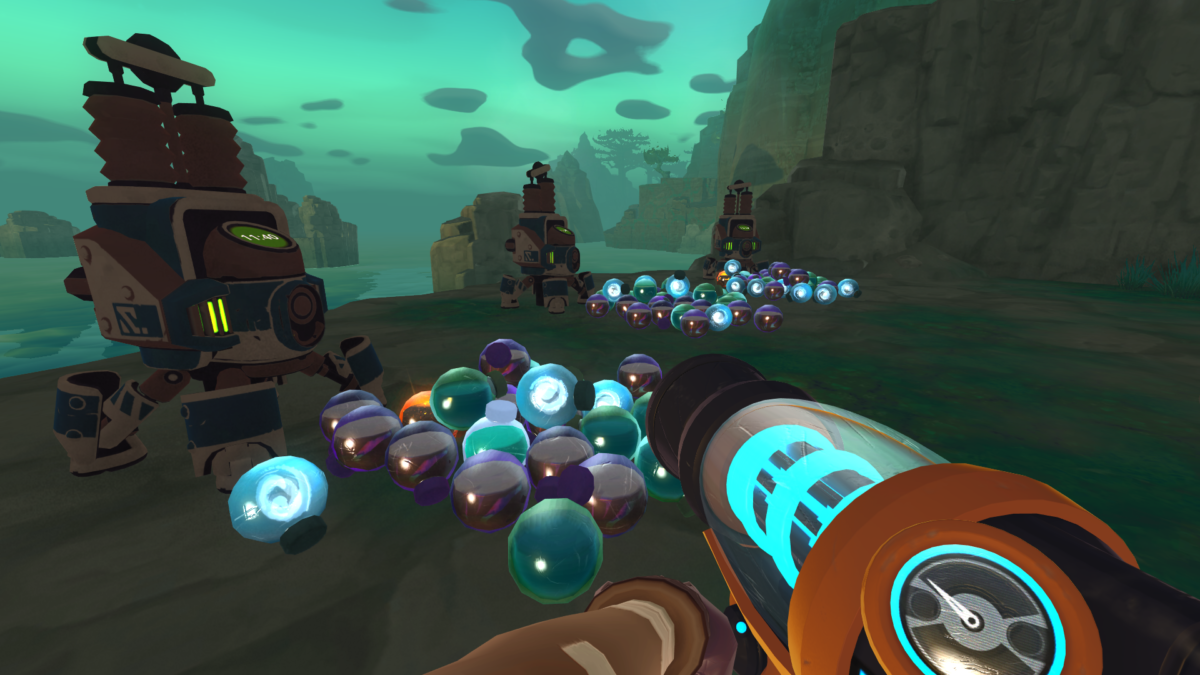 Tarr Rancher adds a new Slimey solution to the game that allows players to successfully soothe and ranch Tarr.

It even allows Tarr plorts to form. It might be a good idea to keep the Tarr away from the other slimes in your ranch enclosures if you are concerned with their survival.

To obtain the new mythical Slimey Solution, use an abyssal pump in a zone categorized as “Slime Sea.” Be patient; it can take several attempts. 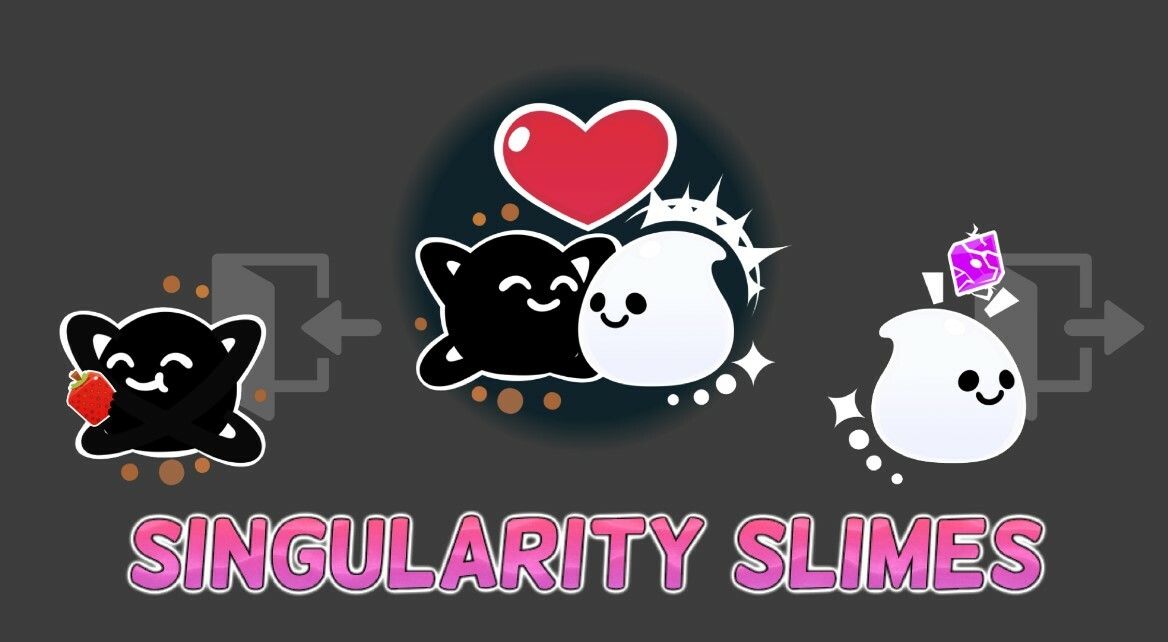 This is one of the most popular custom variety of slime mod, for a good reason. These two new space slimes have special powers.

These two new species are the sides of the same coin. For every black hole slime you have, there will be a white hole slime.

When the black hole slime sucks something into itself, as its namesake is known to do, that something will be flung out of the white hole slime, like a portal or wormhole.

Throw food in, and it will emerge as a Singularity Plort on the other side.

Careful, the player will be drawn into the black hole slimes, too, without the special Gravity Cuffs upgrade.

Working with the Singularity Slimes is very tricky without them. 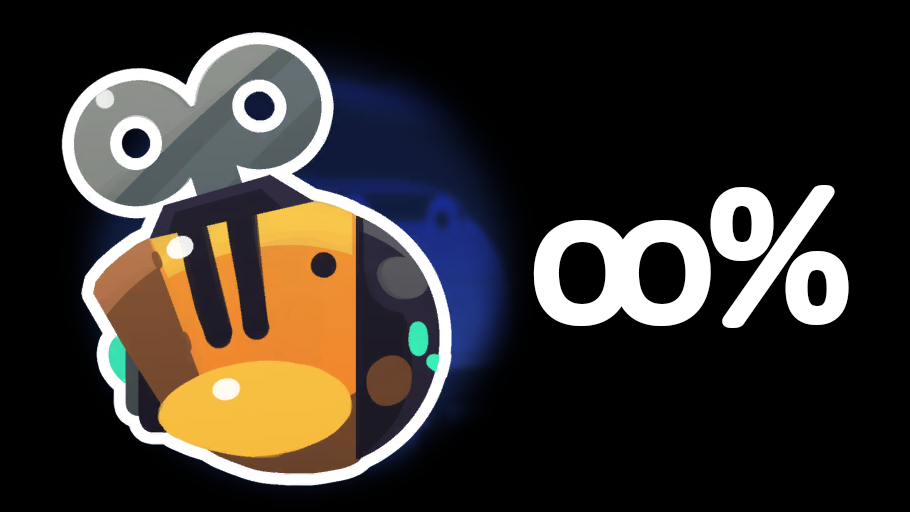 Customize your experience so you can focus on the gameplay aspects of Slime Rancher you enjoy the most.

Infinidrone enables your drones to automatically recharge their own batteries when their power level dips under 95%.

This makes the battery infinite; never cut another exploration expedition short again due to the lack of power in the drone.

This may appear to be cheating to some players, but in a single-player experience like Slime Rancher, having fun is all that matters, to be fair. We consider it customization. 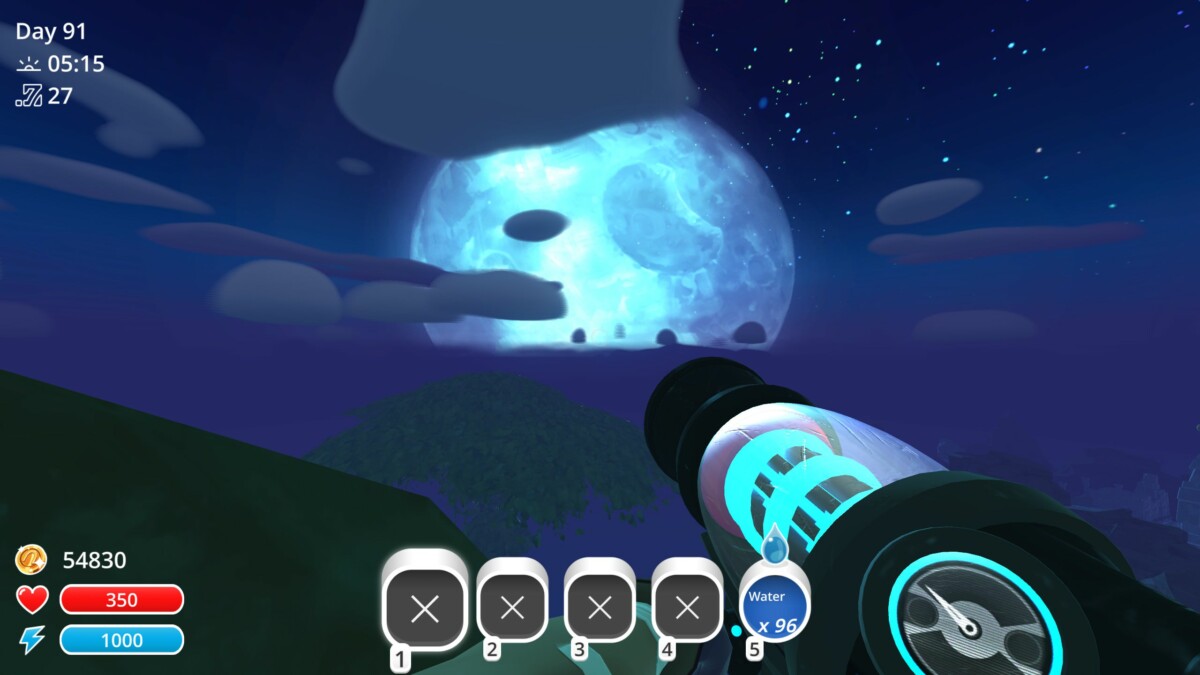 Continuing with the experience customization, this mod opens more possibilities for exploration and efficiency.

Superjet uncaps the maximum altitude the player character can ascend to and removes the energy costs for using the jetpack.

The exploration potentials become unlimited with this mod combined with Infinidrone.

Take to the skies to survey all the land as far as the eye can see. No slime is safe.

This mod requires the SRML mod from earlier in the list. 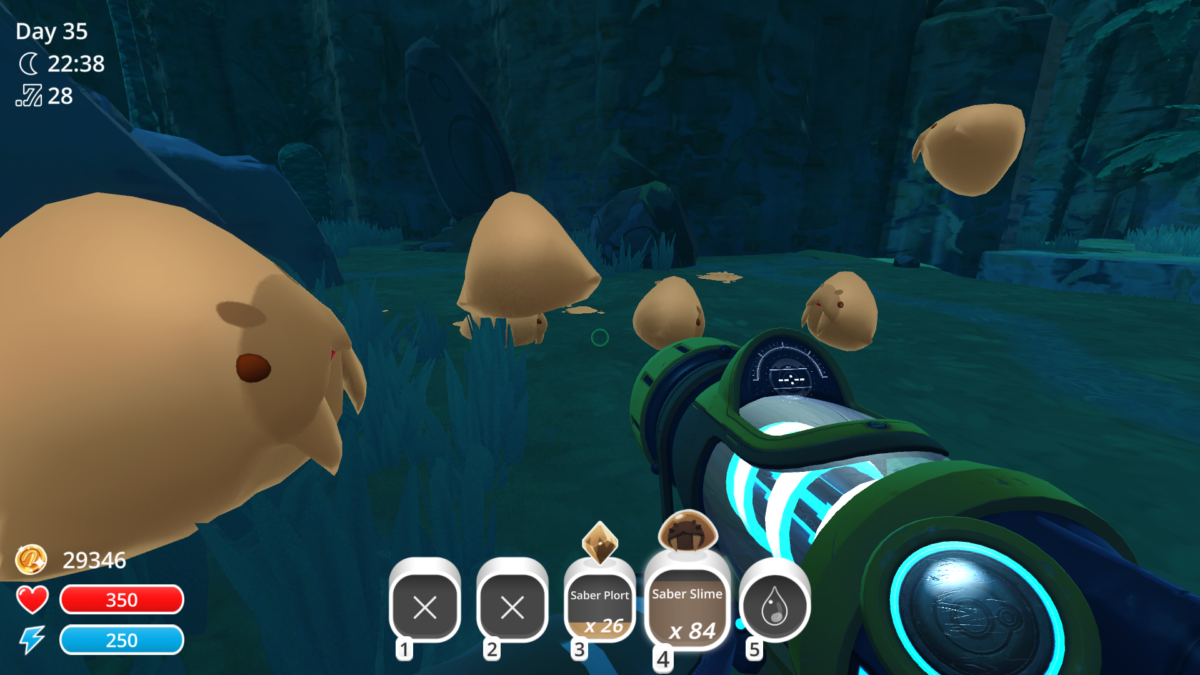 Pure Saber Slimes gives the player more ways to interact with and ranch the carnivorous Saber Slimes that can be found in the wilderness after The Wilds update.

This mod makes Sabers vulnerable to the Rancher’s vacuum, a normally impossible feat due to the fact that Saber Slimes spawn exclusively as Largos.

It also introduces a way to spawn more of them in the wild if you need more for your enclosures.

Do keep your other slimes safe, though.

This mod is virtually required for players that have custom-modded slimes in their games.

Market Expansion adds a new button next to the market’s plort input that works with and displays modded slimes; they are usually invisible to the market in the base game. 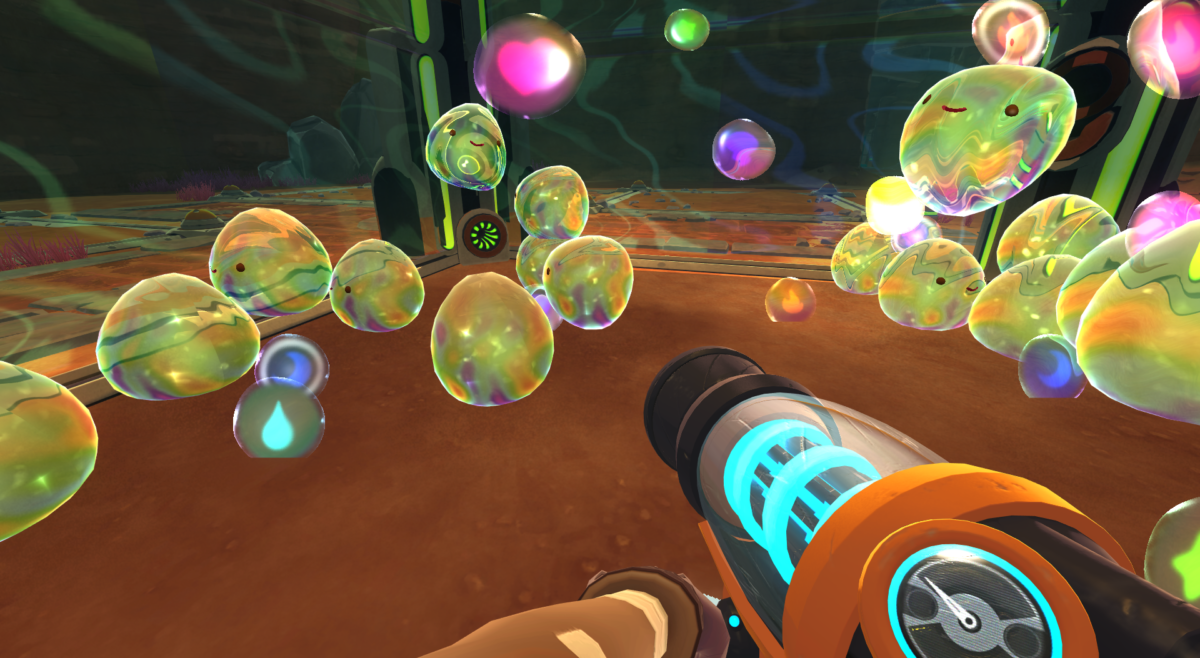 These sparkly little slimes are as adorable as they are rare.

Twinkle Slimes adds a ranchable version of the Twinkle Slime along with a gadget to unlock chime instruments and a toy for the slimes.

Only one single Twinkle Slime will spawn every real-life 24 hours in different locations.

Keep track of where you’ve seen Twinkle Gordos; the new slimes will spawn there.

Twinkle Slimes can sing, and their plort variety sells for a hefty sum due to their rarity. Be mindful of the chimes they produce when they create a plort. 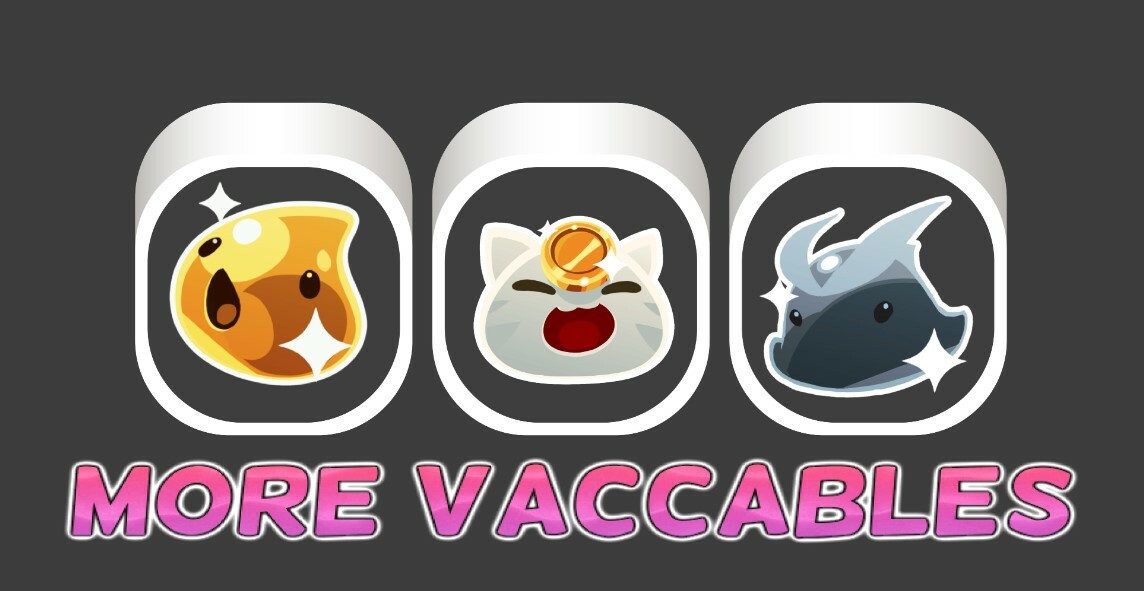 Our top pick is one final quality of life mod we think makes the game more relaxing and playable.

More Vaccables allows the Rancher’s vac to pick up a variety of things it previously could not, causing much frustration.

Players are able to pick up gold, lucky slimes, and even largos. This is particularly useful when trying to catch a slippery lucky slime.