Monster Hunter games are some of the few games left that sell difficulty and perseverance as their prime features.

Not so long ago, Monster Hunter World served as an accessible entrance into the franchise for a new wave of Monster Hunter fans; now, a truer-to-form title has arrived.

Now we have Monster Hunter Rise, the sixth mainline game of the series.

The modding community around Rise creates everything from the usual reshade mods, user interface, cosmetics, and model swaps, along with proper cheats and advantage-gaining mods. 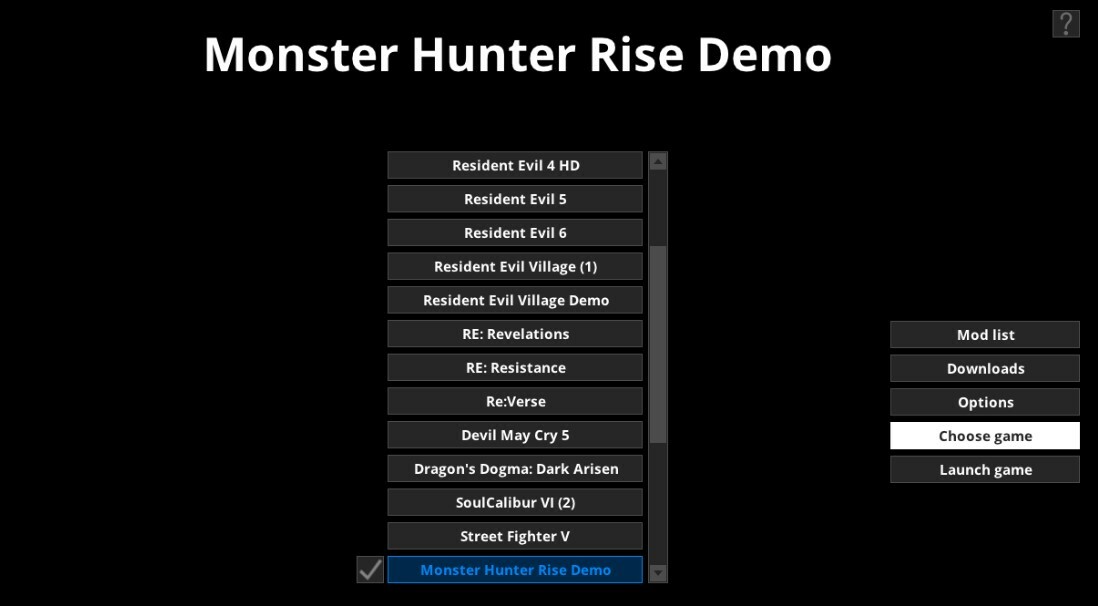 Fluffy Manager is required to download and install many Monster Hunter Rise mods, including several on this very list.

Along with #14, this mod helps players use and manage their files without damaging their game installation or screwing up the mod itself.

Fluffy does not support PAK packaged mods, only compressed RAR archives or their own folders. Most non-compatible mods can be unpacked and made compatible with Fluffy Manager, though. 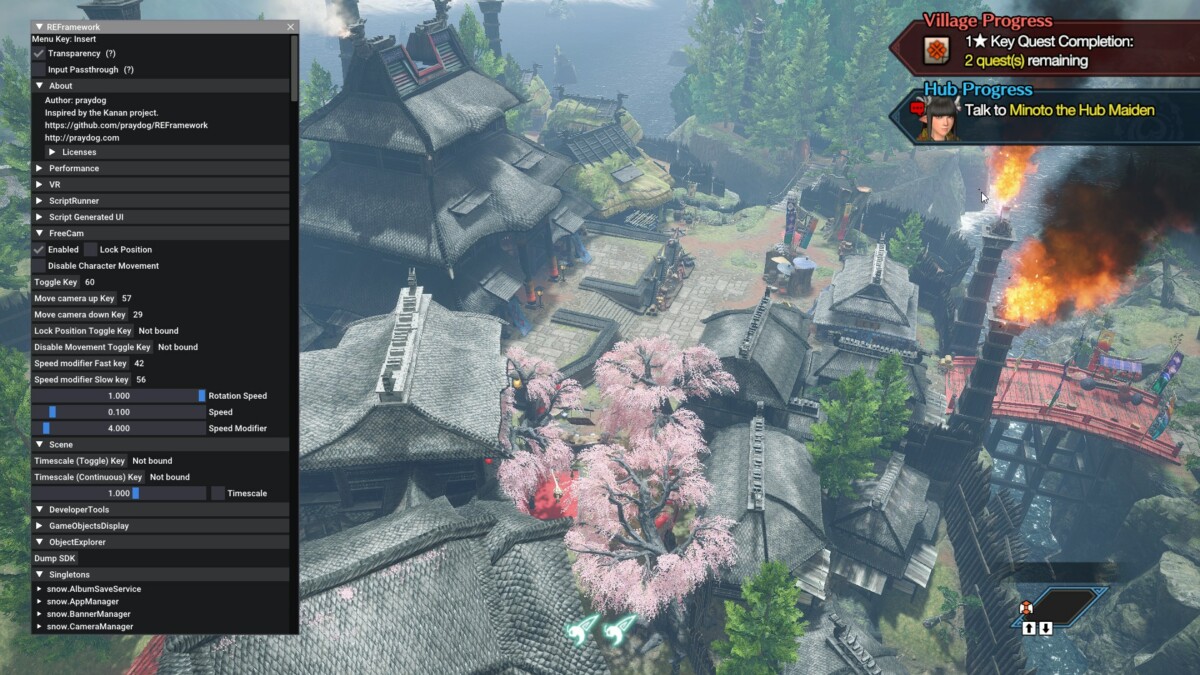 Like we said above, the REFramework mod is the other major management modding tool for Monster Hunter Rise.

If a mod doesn’t need Fluffy, it likely will require REFramework. This mod is mandatory for a boatload of others plus includes a LUA-based scripting API.

There are other quality of life improvements packaged with REFramework, including a common crashing fix and FreeCam.

We love a quality of life improvement, and this is a biggie.

Carve Timer Skip and Fast Return cuts out some of the biggest dead air that happens over and over in Monster Hunter games. Carving takes too long, and watching the animation when you finish (or fail) a quest is a waste of time.

This mod skips both of those events, streamlining the hunt and keeping players from boredom. This should be a permanent change that Capcom implements in future titles, honestly. 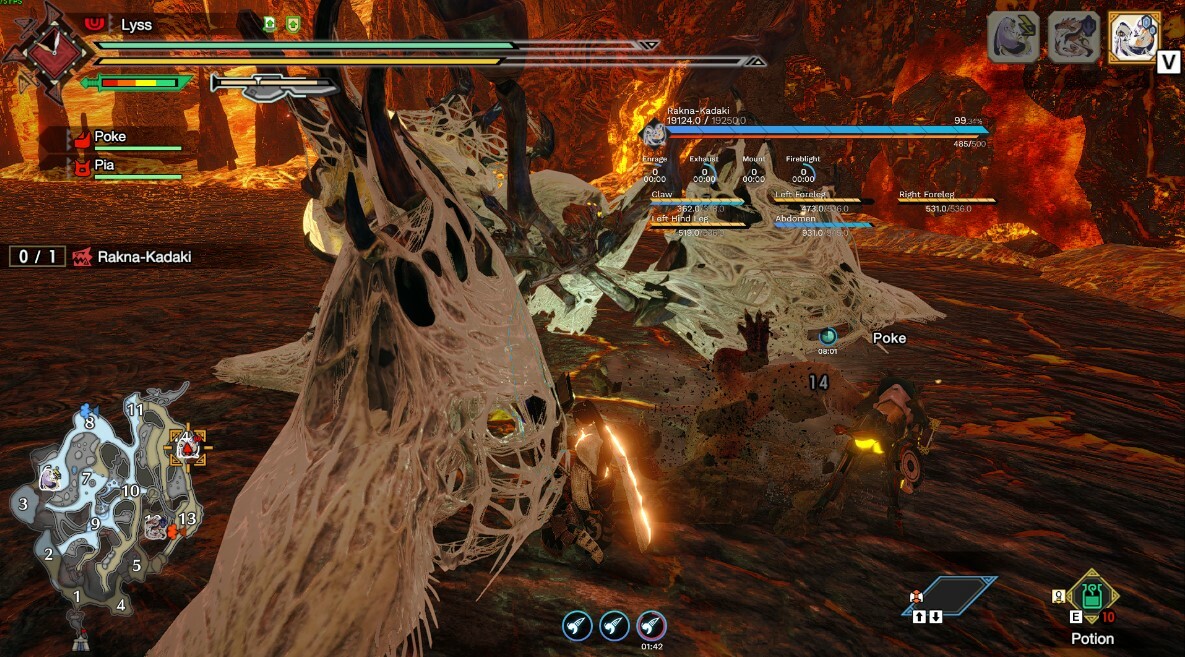 Hunter Pie is our favorite Monster Hunter Rise user interface mod. This mod offers customizable, detailed widgets on the status of the player and their prey monster.

Ailments, the break status of the monsters’ parts, stagger gauging, weakness icons, health, stamina, and more. The addition of Discord Rich Presence integration is the cherry on top.

Once you install this mod and get your UI precisely right, it’s impossible to go back to the base setup.

The combination of this mod and our #3 pick makes for the single largest boost in playability without altering any game mechanics. Use this mod to boost the melding rates with the Wisp of Mystery or Rebirth. Monster Hunter games can be frustrating, as is before you consider the melding systems in Rise.

Powering through chance-based systems like this one, outside of an MMO setting, is one of the most irksome tasks in Monster Hunter Rise and other similar non-MMO games.

With Enhanced Rate installed, skills reach their caps at rates between 98% and 100%. Players will have more freedom to assemble and experiment with skill builds, which is a great thing.

Coavins Overlay is an indispensable tool for optimizing your team and getting better at hunting those monsters.

This mod displays a chart that constantly updates as it records the battle data of the player and their team.

You can see stats like DPS, total damage dealt, critical hit rate, and number of hits for everyone in your session.

Remember, battle analysis tools should only be used for improvement and encouragement.

Do not bully other players for their performance or offer unsolicited criticism based on the overlay’s data.

Parsing tools have sullied numerous gaming communities, even though they’re useful and good when used properly.

This mod requires the REFramework. (#14) 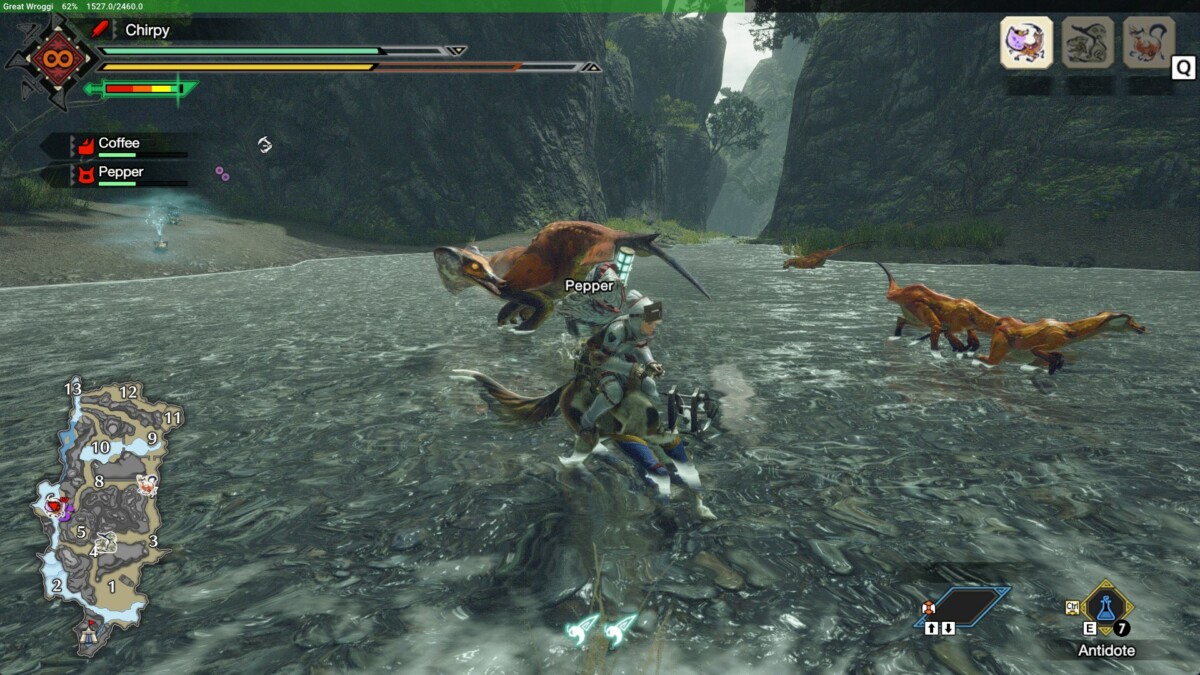 This UI mod displays a health bar for your targets in Monster Hunter Rise.

One of the classic hallmarks of the Monster Hunter series is the purposeful LACK of HP bars on the monsters; some players find this frustrating.

Finally, there’s an option for players who don’t enjoy being in the dark when it comes to their wild adversary’s HP.

With Monster Has HP Bar, players can see the progress they’re making and know when they’re about to win. 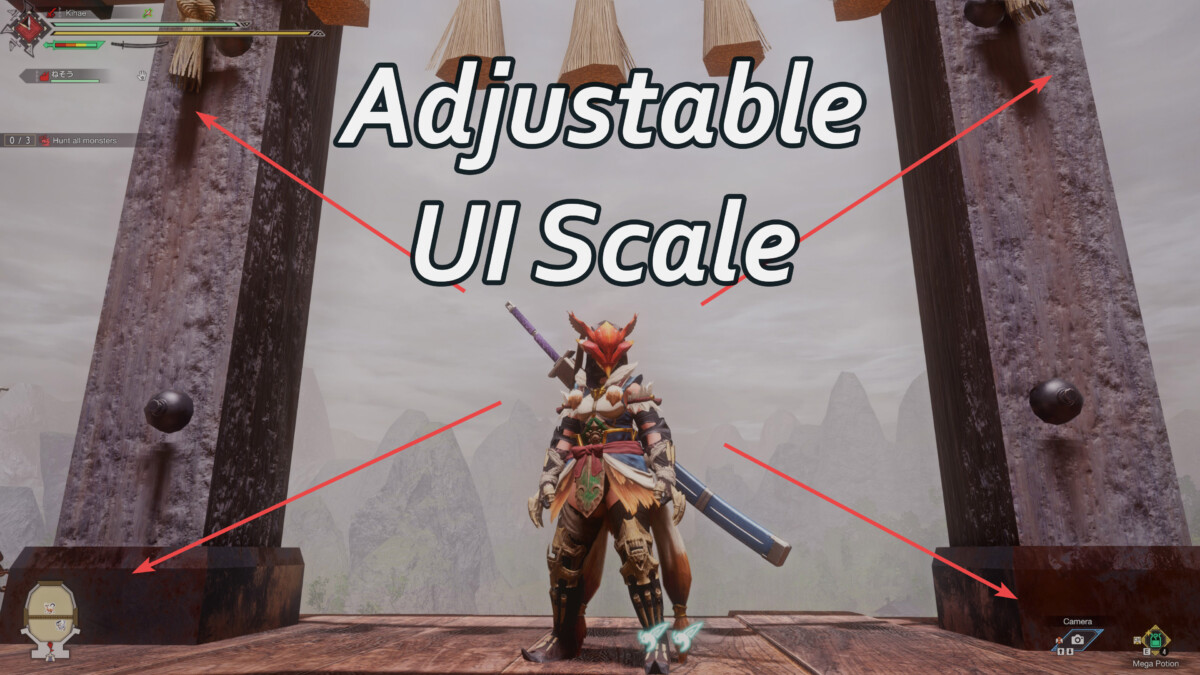 With the Adjustable UI Scale, players can manipulate their interfaces to suit their needs. A lot of the base user interface in Monster Hunter Rise is flat out too big; this mod fixes that.

Each UI element is scalable independently, meaning if you’re OK with the size of one element but not the other, you can still make it work.

The best players in any moddable game always have their idiosyncratic UI setups. Why isn’t this an official setting, Capcom? 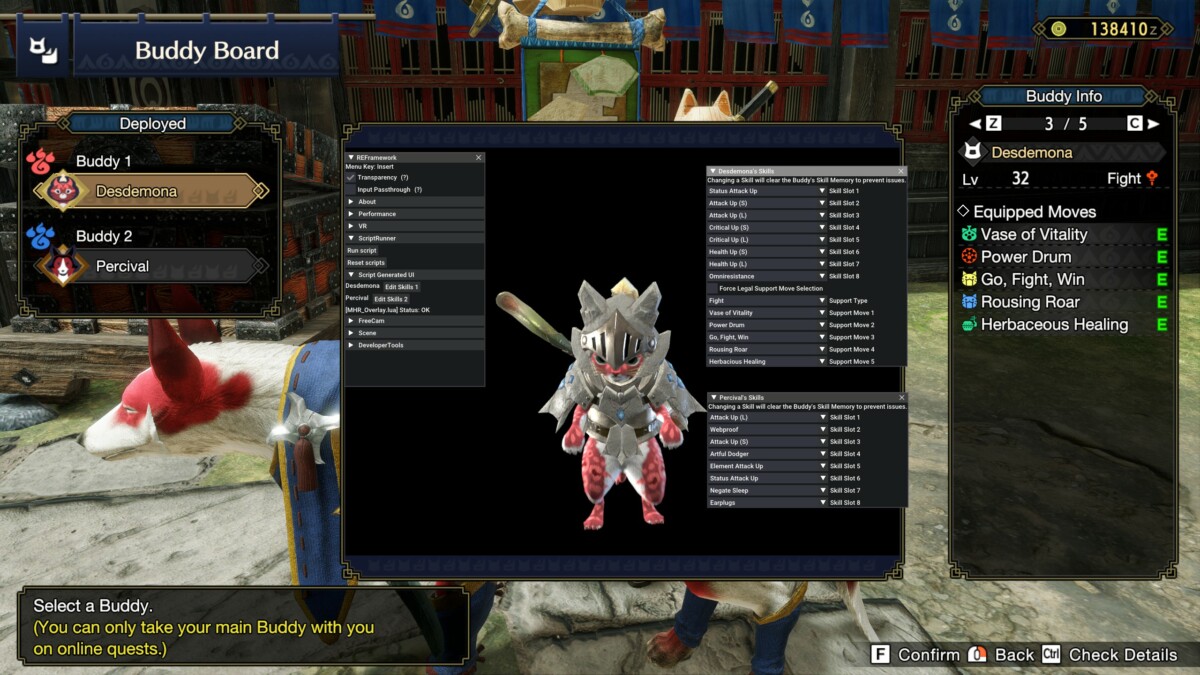 Tailor your tough Palicoes and Palamutes into the perfect hunting buddies with this Buddy Skill Editor and the REFramework manager.

With this mod installed, players can freely edit the skills and support moves of their battle buddies in Monster Hunter Rise.

Support Move editing (and Support Type switching) only applies to Palicoes, but skills can be changed on both types of buddy. 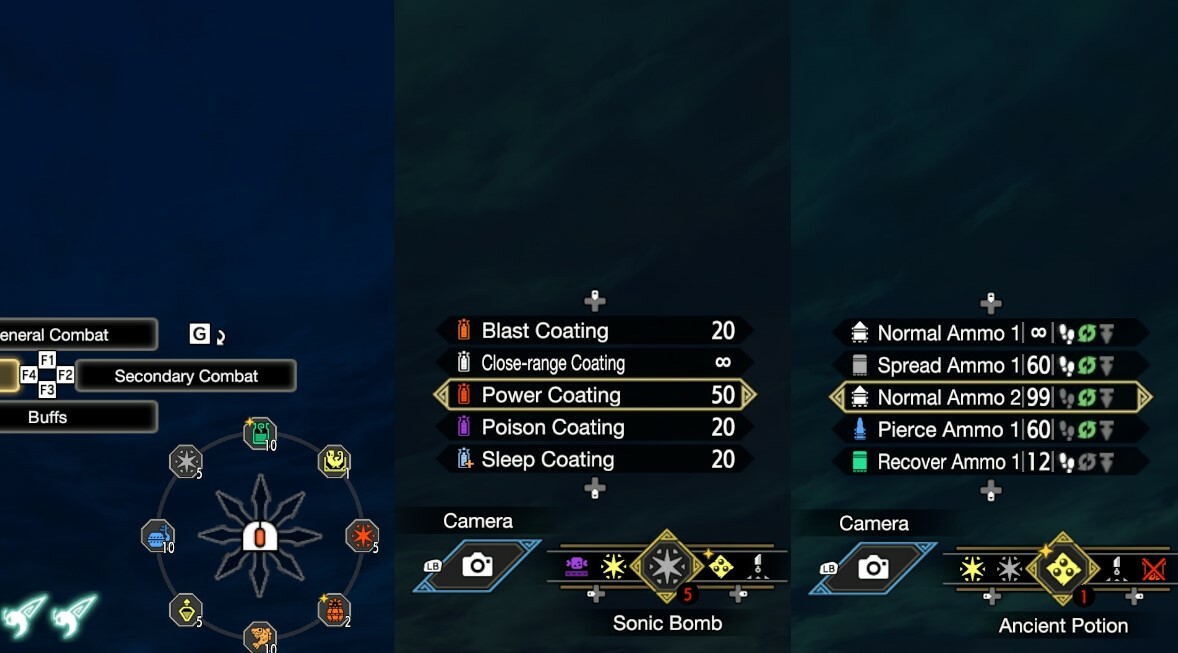 It may be an item cheat, but it’s not exactly a gameplay advantage so much as it is a time saver.

This mod lets you use your ammo, coatings, potions, powders, and more without using them up.

You’ll never have to craft drinks, special bullets, or traps again. There are toggles for multiplayer mode and each category of item, in case you only want infinite coatings or just limitless potions. 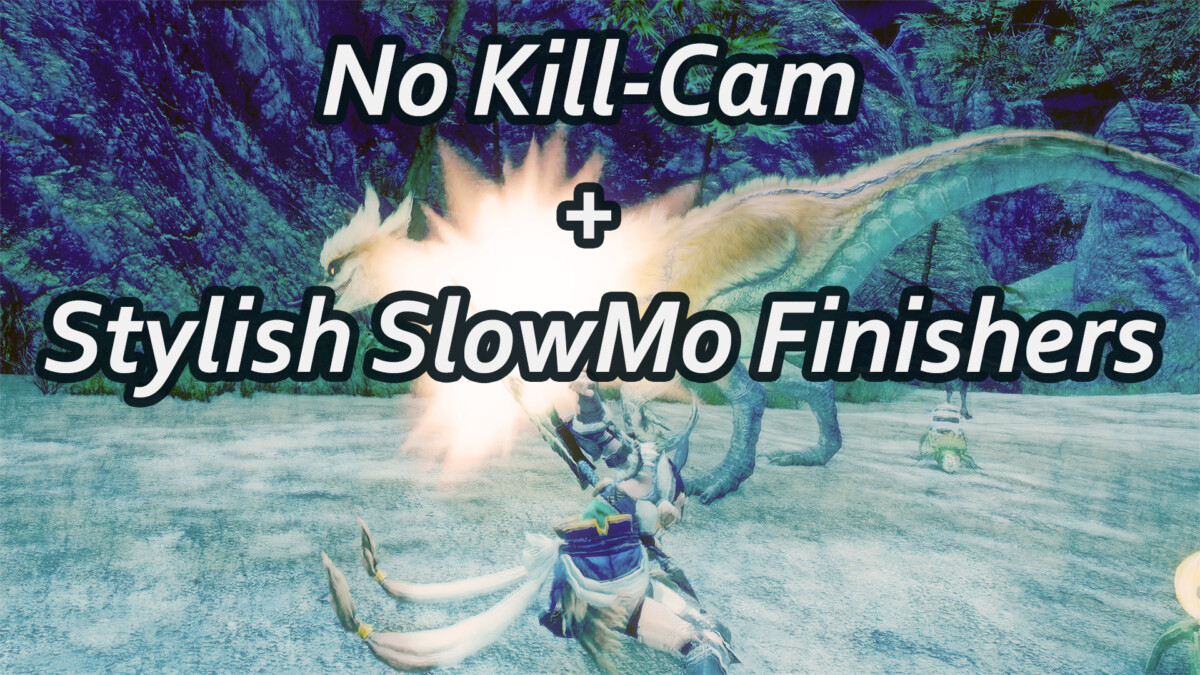 The miniature cutscene and aerial views of a slain monster are interesting the first few times it happens, at which point players want to carve their kill (which also needs a mod to be instant) and move on.

This mod removes the kill-cam that plays upon slaying certain beasts. Additionally, fast travel and quest-ending scenes are disabled.

If you still want to enjoy a moment of victory at each major kill, this mod offers bursts of slow-mo during the final strike on a monster; this results in a relaxed, less time-consuming theatrical effect to cap off the hunt. 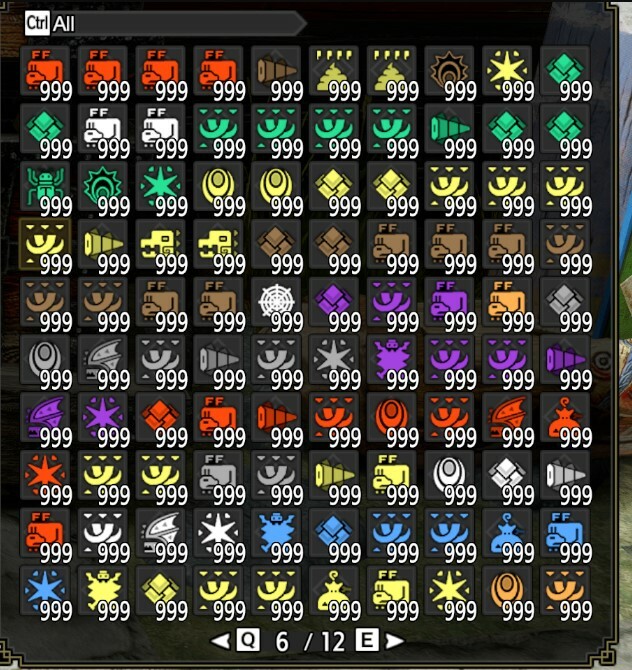 This charm editor is a powerful, multi-purpose cheat mod for Monster Hunter Rise. There is little it can’t give your character.

Combine this mod with Infinite Consumables, and players need only fight monsters without worrying about resources, crafting, or cash.

With the Charm Editor and Item Cheat, players can give themselves items through their item box, generate infinite points and currency, gain X amount of EVERY item, or directly edit their charms’ skills, levels, slots, and rarity.

This mod does not edit saves; it makes its changes in memory.

Back up your save files whenever you use any mod that can alter your character. 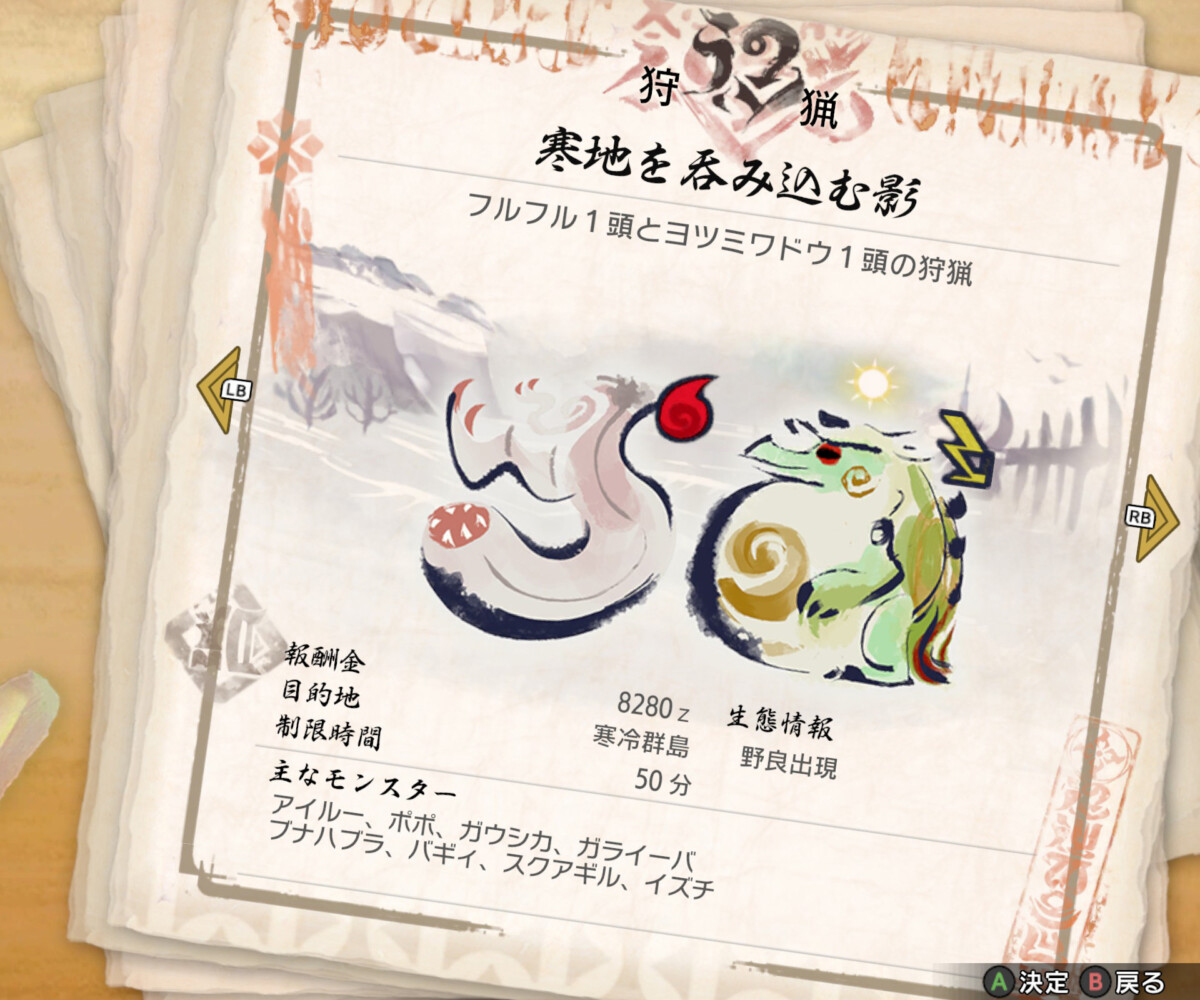 The last thing a hunter wants to do while tracking a monster in the wilds is flip through a book for a weakness to target.

All this mod does is add a small icon that indicates which elemental damage the hunter should be using against a particular monster. It doesn’t reveal hidden information, just saves us a step.

Sometimes the most simple mods are the most game-changing. It’s easier to focus on gameplay and survival when you don’t have to hold onto a weakness in your mind for the duration of the hunt. 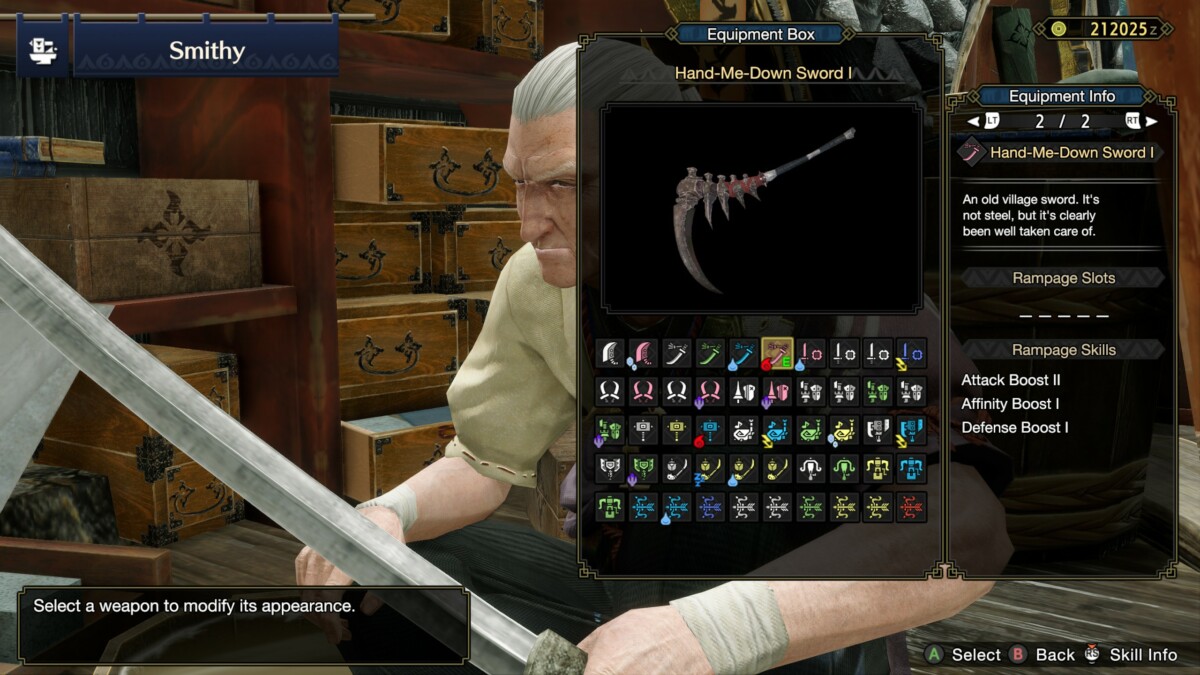 It’s unclear why Capcom limited players to altering the appearance of a select few weapons and excluded the new(er) Sunbreak weapons; Layer Any Weapon removes that limitation by bypassing poor Smithy altogether.

A hunter can copy the appearance of any weapon onto any target weapon of their choosing.

This gives Monster Hunter Rise players access to the true endgame of RPG, the fashion of it all. Don’t forget to style up your Buddy, too. 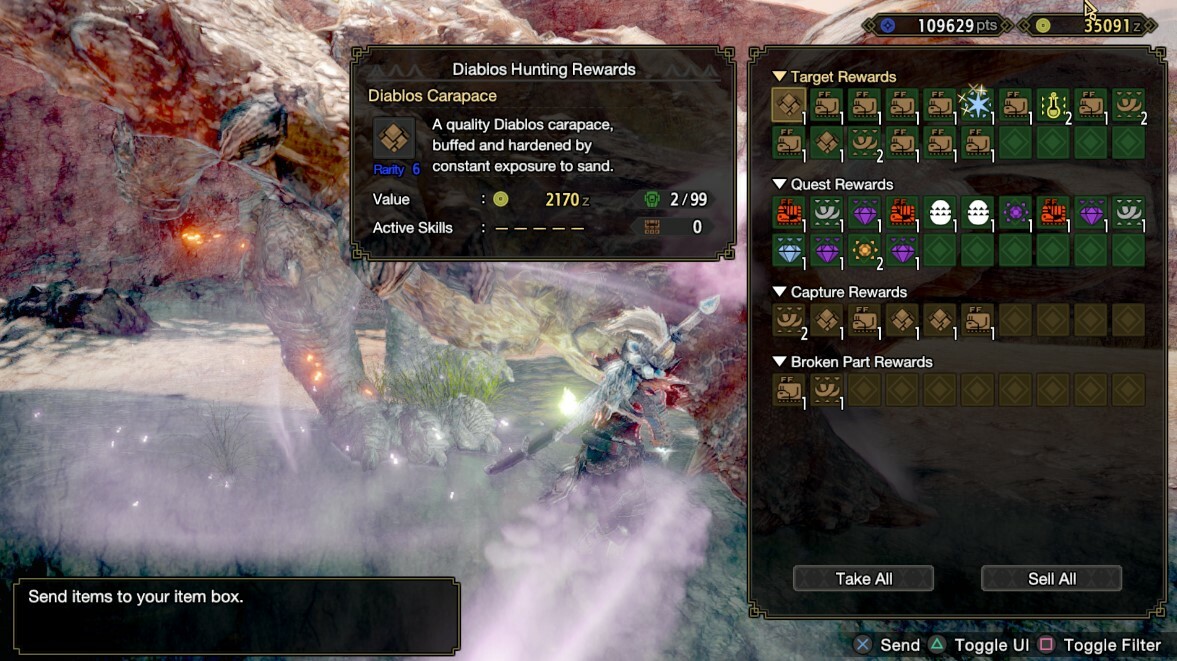 With Enhanced Drop Rates, fewer patient hunters can enjoy the satisfaction that comes with gathering and crafting your own supplies and gear.

This mod offers three modes of item drop rates: Balanced, Not So Balanced, and Unbalanced.

The balanced boost is a modest +50% to your target rewards. The other two modes are x2 and x3, respectively.

The small, balanced boost is just enough to alleviate some monotony but still requires dedication, planning, and time.

If you need so many items you’re tempted by the Unbalanced setting, try an item cheat like #4 and save yourself the time entirely.