People Playground is one of the most violent, sandbox-y, and simple games out there. Put your brainless, digital ragdolls through harrowing physical situations just to see what happens.

It’s like being a kid playing make-believe with dolls and action figures all over again with the power of modern game design.

To get the most out of People Playground, you need tons of characters to experiment on and even more weapons, devices, and buildings for them to use and interact with. 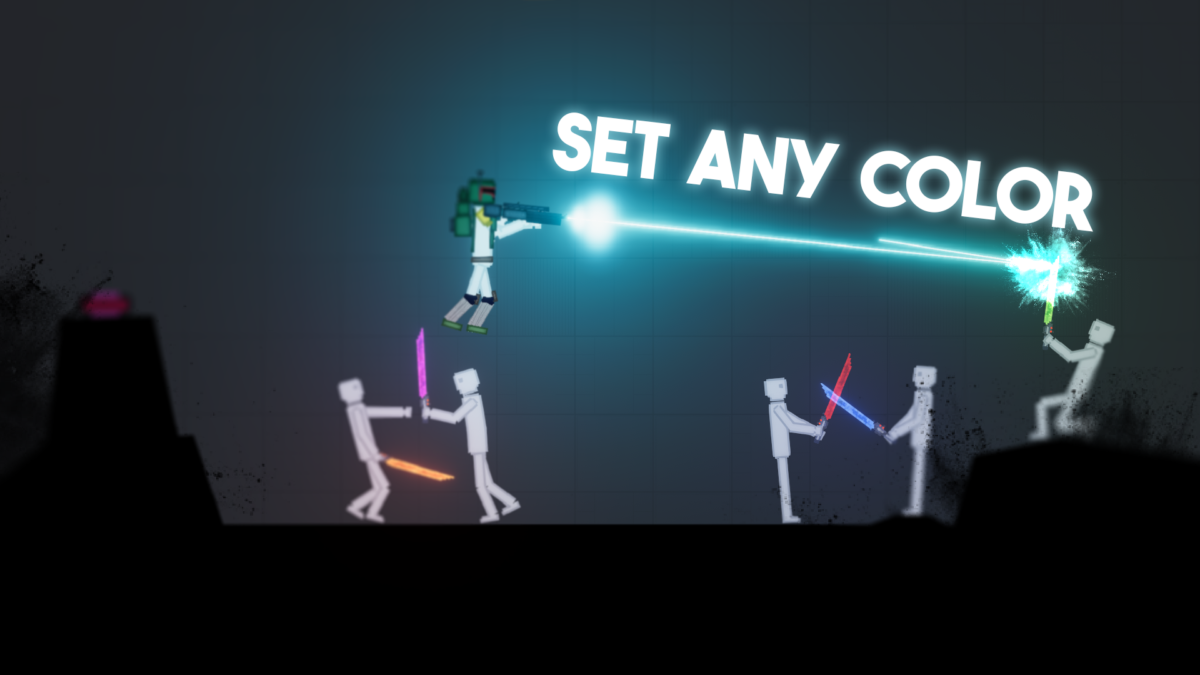 Whether it’s energy sword Sunday or just a regular day, the Colorful Energy Sword mod for People Playground is a tiny dose of customization to enjoy. Turn any character you’ve spawned into a Jedi with ease.

This mod introduces a new melee weapon. Found in the melee tab, this weapon is an energy sword that can change to any color the player chooses.

To select your color, navigate to the context menu. We recommend setting up energy sword fights between your favorite imported mod characters from this list. 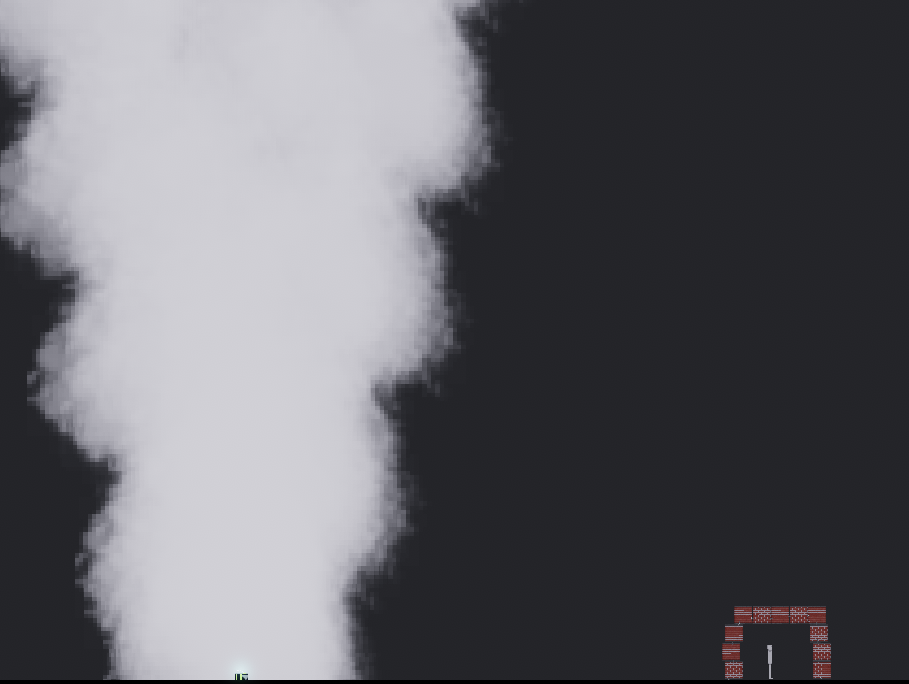 If you’re running out of things to do to your little ragdoll people in People Playground, consider a violent act of weather.

Tornado adds the ‘weather’ category to the game as well as an item named ‘tornado.’ Once you’ve added this mod to your original game, press F to get the spiral winds blowing.

Which simulated person can handle the gusts, and who will get sent flying? That type of question is why this game exists in the first place.

If you change your mind, press F again to stop your tornado from doing any further damage. 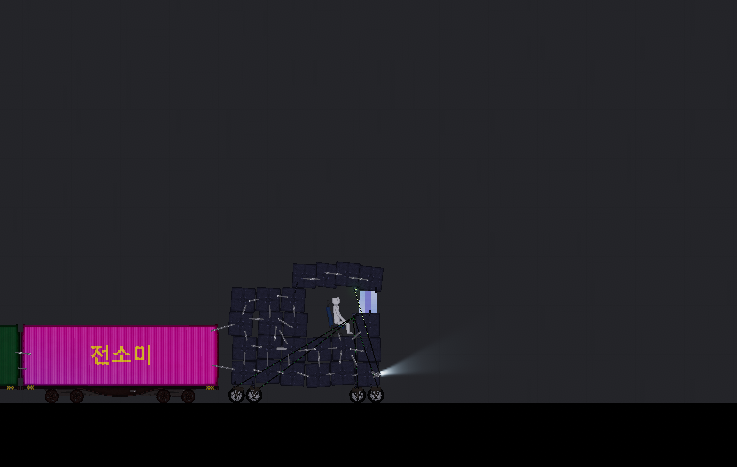 Train adds a new vehicle to the game designed by a player just like you. To quote this creator: “It’s just a train. That is cool.” This game is about experimenting and trying everything; give this train a go.

There is no mod too small to be worthy of consideration for our lists. People Playground is a ridiculous game, so we’ll celebrate some ridiculous mods. 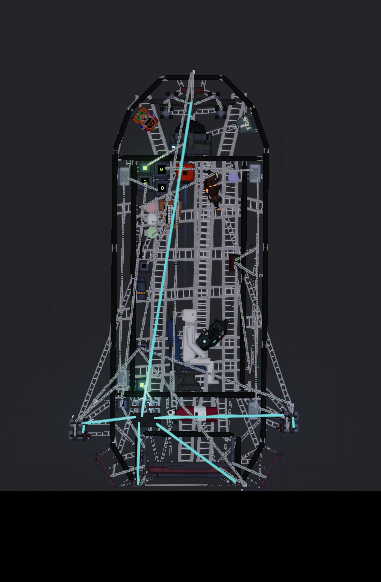 The rocket ship from this mod, Rocket V1.0, looks like it is held together with duct tape, prayer, and luck.

Another charming mod made by a regular player, this rocket is guaranteed to deliver dozens of minutes of amusement before you move on to another set piece in the game known as People Playground.

Take some time to send an old-timey ragdoll into space, or have it fall over on the ground. The player is in total control over this playground. 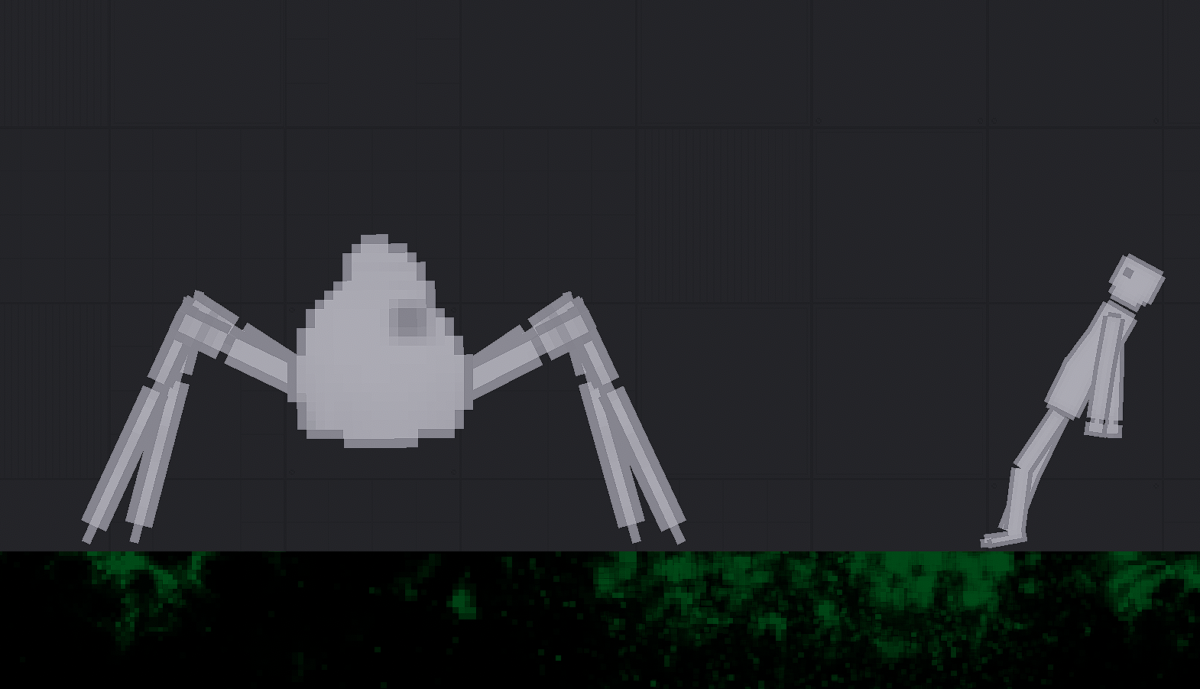 Players of People Playground know that the scenarios one can set up in the game range from mild to wild. This mod falls on the side of the wild.

Players find themselves running out of challenges and hazards to throw at their people without turning to mods like this.

The Gorsian Mod adds a horrible monster to terrorize your unfortunate test subjects. The Gorsian monstrosity is a super tall humanoid with looming green eyes and a mossy green body that might be undergoing decay.

Please sit back and enjoy as this modded enemy grabs your ragdolls and lifts them many feet off the ground. 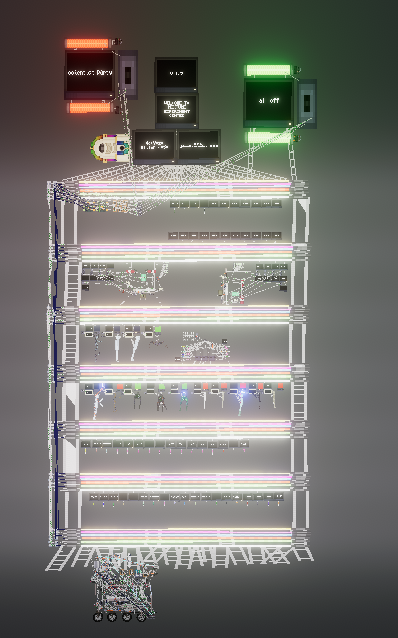 This mod is an improved version of previous Mixture Centers. The new and improved center features a more extensive setup, more colors and lighting capabilities, potions, and a new car outside.

The building itself looks utterly wild and tangled. Send in your people to fumble with the structure as they try their 2D best.

That name is a mouthful, but this mod is not very complicated. 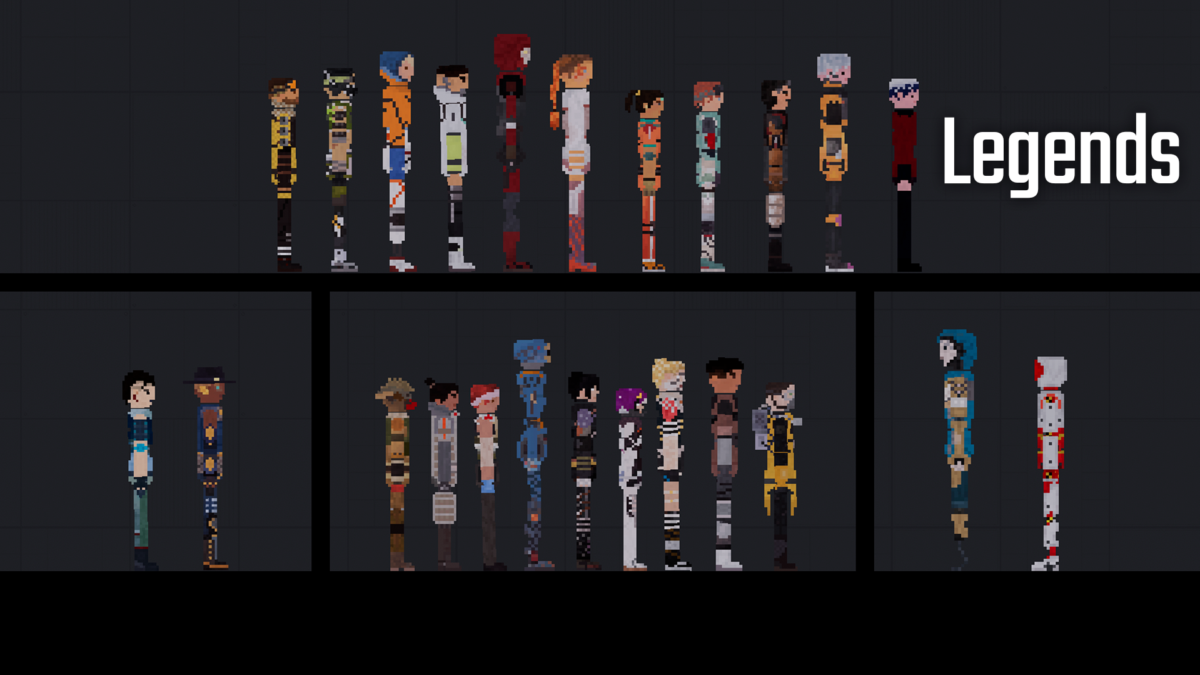 Download the Apex Legends mod to bring the entire crew of legends along with their arsenals of weaponry into your personal playground.

One can host a tiny battle royale within People Playground to see who emerges victorious.

This mod features models of EVERY legend and ALL of their weapons reduced to miniature sizes and made boxy and pixelated. F

ire your main into space, and see how your least fave legend handles the Gorsian; importing the cast of another game is a blast. 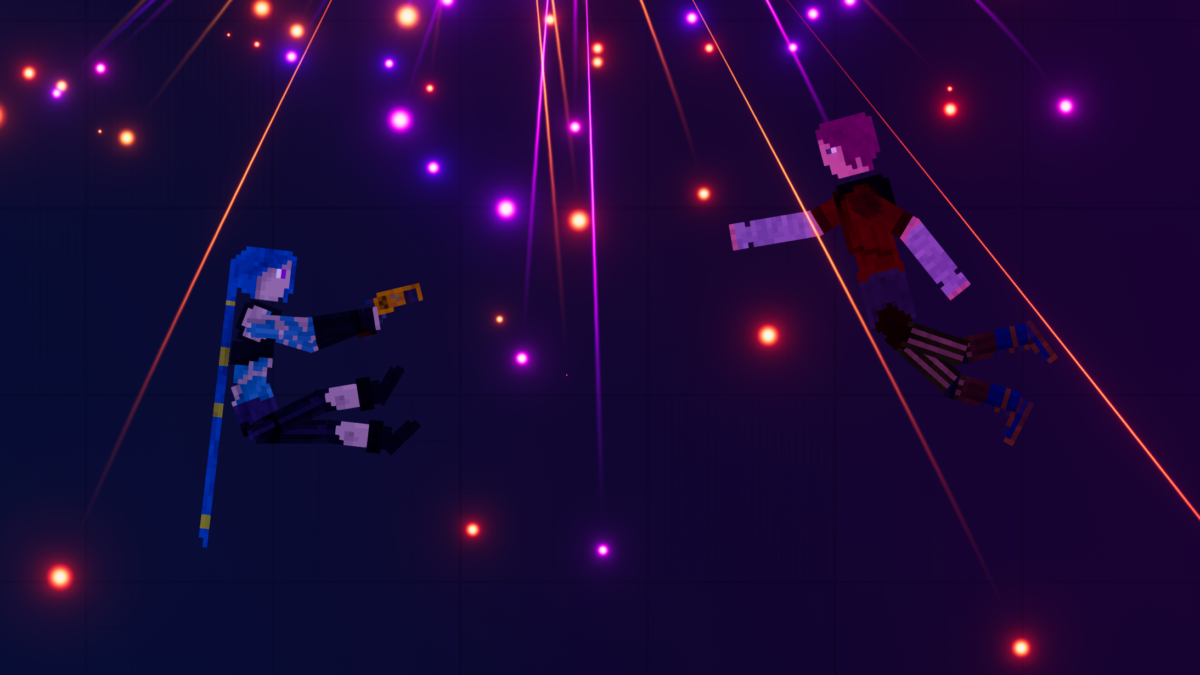 Arcane is a mod for People Playground named after the League of Legends-based Netflix show.

Drop Jayce, Vi, Jinx, Ekko, and more into your game and see what situations these heroes can handle.

Make them fight random monsters or even each other. This mod also includes some weapons from the show, including Jayce’s iconic hextech hammer.

Using this mod, you can recreate fights from the show. Will they play out differently in a different arena? 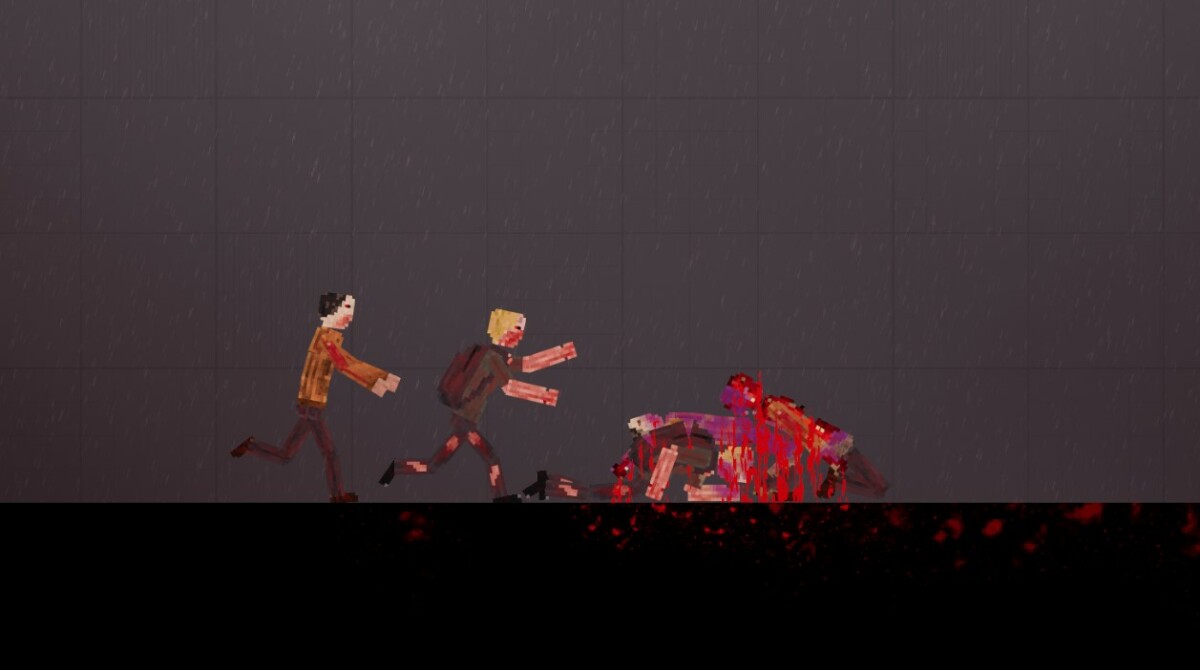 This mod is beyond stuffed with characters and weapons from the second installment of The Last of Us saga.

This cast has been through enough in their own games; time to give them a new adventure in your playground.

The Last of Us Part II for People Playground includes main characters like Ellie, Joel, and Dina and fungus creatures like clickers and runners.

The four weapons available are Ellie’s Knife, Semi-Auto Pistol, and the Military Pistol from the game.

Spawn an Ellie into your playground, give her her knife, and set her off against clickers or adversaries from other IPs entirely. 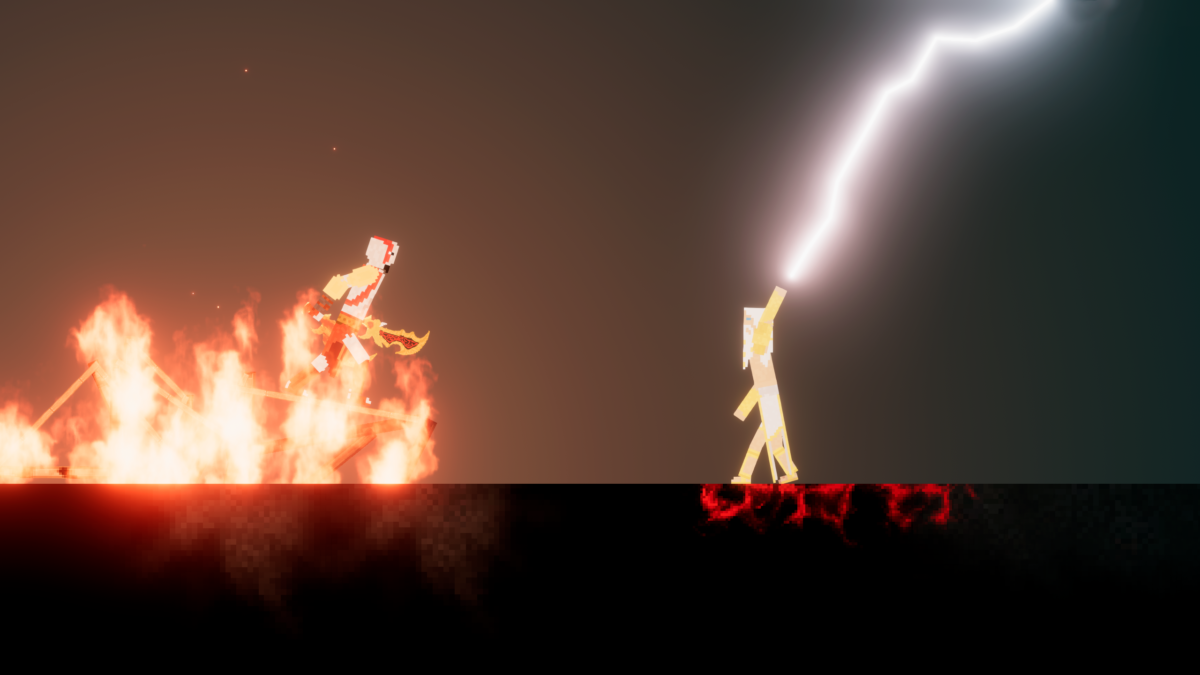 This pack of characters and weapons made the #1 spot because of our love for the GoW series as well as how much fun it is to watch People Playground Kratos fling his blades around in boxy 2D.

God of War gives you access to four different iterations of Kratos, the god Zeus, an undead, the boy Atreus, and your boy Baldur.

With Blades of Chaos or the Leviathan Axe in hand, Kratos will make quick work of most foes, including the cast of Arcane, if players want to make a crossover story event happen inside People Playground.