To be honest, who hasn’t dreamed of living it up as a gorilla? Watching TV, breaking stuff, playing tag… Gorilla Tag VR is the answer. It’s tag, as a gorilla, in the trees. The Oculus and PC versions have crossplay, so no monkey gets left out.

This game is difficult to mod if you have it on your Oculus. For this reason, and the difficulty associated with modding it, there is a VERY limited selection for the PC version.

This list contains nearly every mod that is readily available. 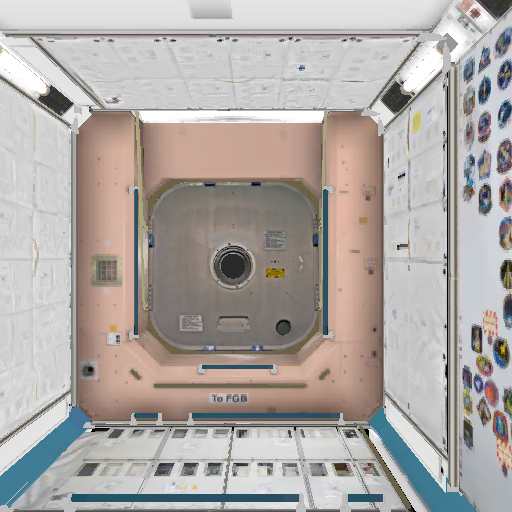 As anyone who’s ever played Gorilla Tag can attest, the game is all about using your environment to the max.

Whether you’re swinging from tree branches, jumping across rooftops, or even sneaking through sewers, every new setting presents a whole new set of opportunities for outsmarting your rivals and claiming victory.

What location could be more exciting or thrilling than a monke mod map of the ISS itself? This map takes Gorilla tag TO SPACE!

This is one of our favorite Gorilla Tag mods because of how fitting it is among the silliness of the game. So what are you waiting for? Get ready for some serious thrills with a game of gorilla tag in space TODAY! 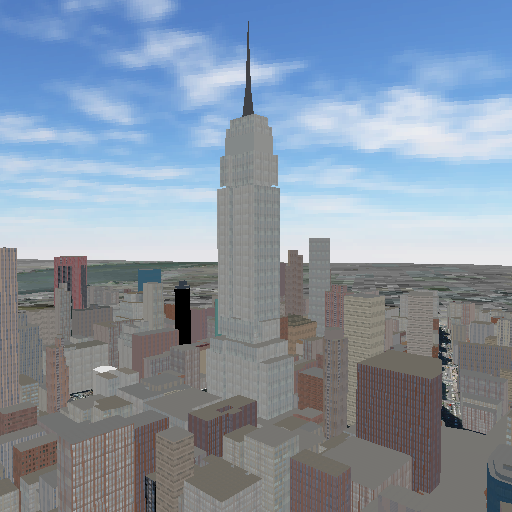 There are millions of people walking around and filling up the streets of NYC, with cars and buses zooming by and crowds of people everywhere you turn.

The only thing this concrete jungle is missing is GORILLAS!

This map offers a cityscape inspired by one of the most iconic American big cities, New York City.

You get a map showing some of the city’s major landmarks – like the Empire State Building – and your goal is to make your way to each landmark.

With so much ground to cover, this is definitely one of the most interactive ways to explore NYC. Sorta. 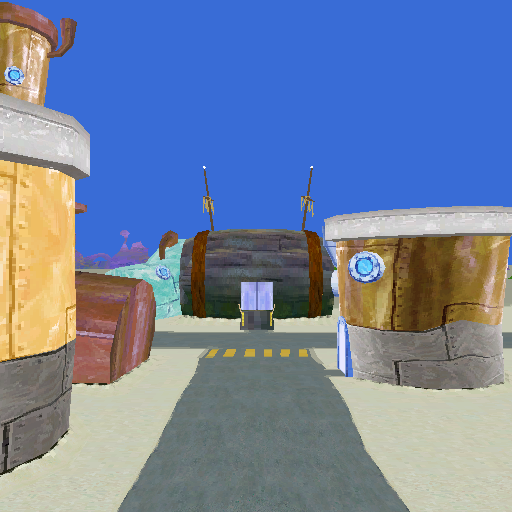 Who among us hasn’t been a SpongeBob fan?

This map provides a recreation of the area of Bikini Bottom, where the Krusty Krab is located. It is pure “SpongeBob, but in monke,” according to the creator.

We don’t play Gorilla Tag for cutting-edge immersion, but we do play it for laughs and good times. This is one of the best Gorilla Tag mods for having a laugh-filled night with the monke bros. 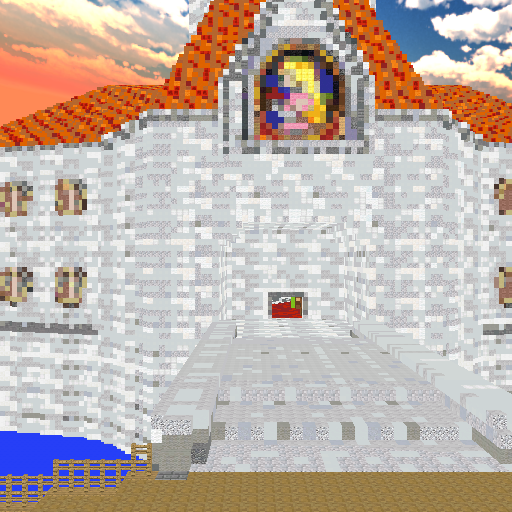 Yep. You read that title correctly.

This mod for Gorilla Tag takes your primate squad to the Mushroom Kingdom of Super Mario 64 if it were made in Minecraft. That’s 3-game inception, for those of you keeping track.

Peach’s iconic castle and its moat bridge are there in all their glory, along with the pleasant meadows and trees in the surrounding area.

You might not collect any stars here or bananas, but this blocky modded world is worth a few hours of fun for sure. 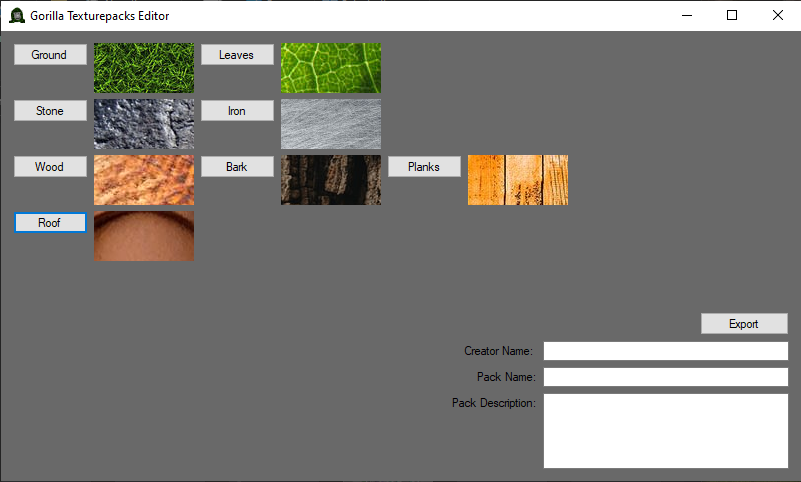 Texturepacks lets you express yourself through your new ape avatar. This delightfully silly game isn’t known for its crisp graphics and stunning art direction, but there’s fun to be had with the visuals.

This straightforward mod lets you directly change the handful of textures in the game. Since Gorilla Tag isn’t very complicated itself, the mods are also pretty basic. Try out color and texture combinations to be the belle of the gorilla ball. 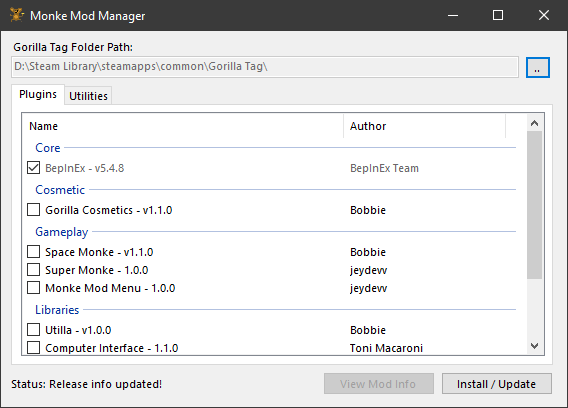 This simple Mod Manager for Gorilla Tag automatically installs and updates a select handful of mods chosen by the creator DeadlyKitten.

Through the GitHub API, this mod will pull the latest versions right from their repositories without any effort needed on the part of the player.

There are a couple of mods that can only be found through this manager. Since they are maintained by players as a labor of love, mods may fall out of date or break without warning or a timely patch. 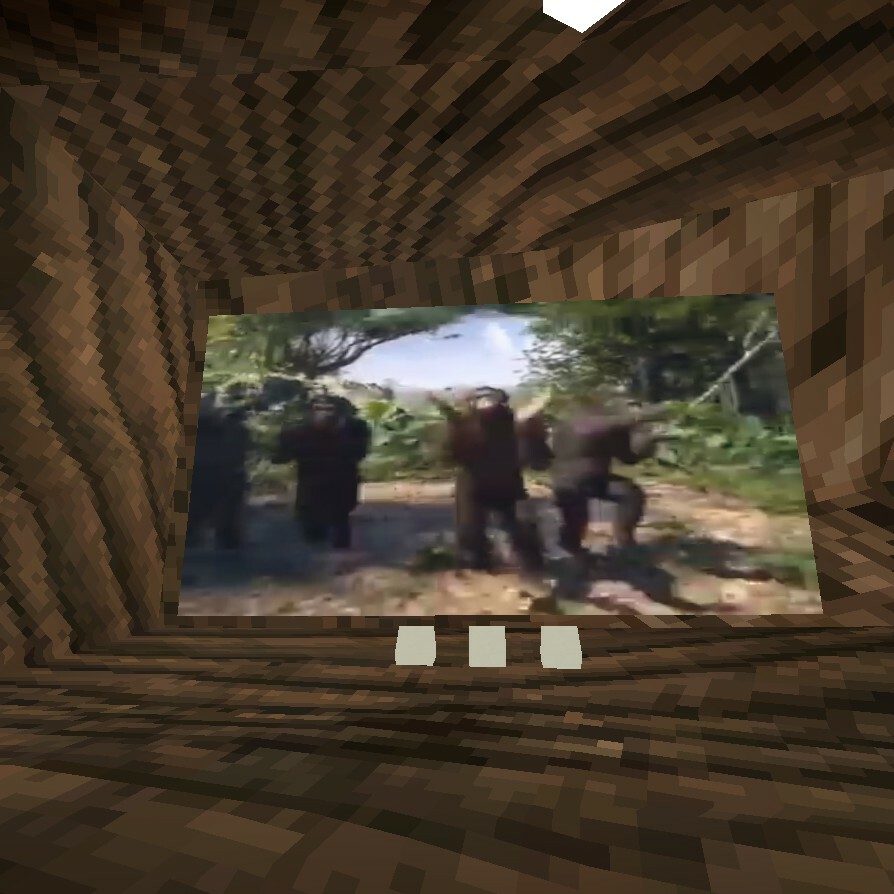 Become Monke and watch TV as a VR gorilla with the MonkeTV mod. Turn the game into a very, very rough version of VR Chat and chill out with the gang.

This mod from fchb1239 lets you load up your own videos (or videos you pulled from YouTube) and watch them while in-game in Gorilla Tag with your best monkey friends. Throw VR movie nights in the jungle!

Sadly, we can’t watch YouTube or Netflix straight from the game… yet. Science will get there. 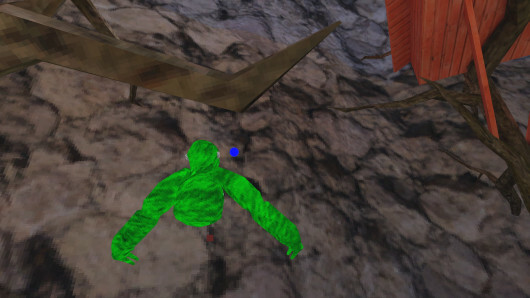 Installing this mod turns your primate avatar’s bare arms into extending weapons. Players can become tag champions with arms they can extend by pressing the trigger (or assigned button) and retract with the grip button.

In the world of competitive tag, Gorilla or otherwise, arm extension powers are frowned upon. Make sure you’re playing with like-minded apes who like mods, too.

With AirJump, your gorilla can travel where no monke has gone before!

This mod lets you travel through the air in Gorilla Tag. It works by making tiny platforms under your ape-y hands as you pull yourself up and along into the sky. It’s as hilarious to watch as it is useful to fool around with.

This is another very clever mod from fchb1239’s GitHub. They’re THE (almost only) modder of this VR game, doing Gorilla God’s work for the fun of it.

Download Smooth Turn to make your movement easier in Gorilla Tag. Smooth Turn is a simple mod with a simple function.

Conducting yourself in the Flying Squirrel Tag game can be slippery and floaty. This mod gives the player more control and accuracy in this fast-paced minigame.

VR controls are notoriously temperamental anyway; every bit of stability is worth it.

This mod allows the player to adjust several custom parameters in the gravity settings. What has gravity ever done for the large jungle primate community?

Monke play tag, Monke have extendo-arms, and now Monke controls gravity. Gorillas’ potential knows no bounds in Gorilla Tag. It’s just like real life. You can also freeze yourself in the air and toggle the mod on and off on the fly.

There are advantages to gravity settings in every game mode, quest, and minigame in Gorilla Tag. 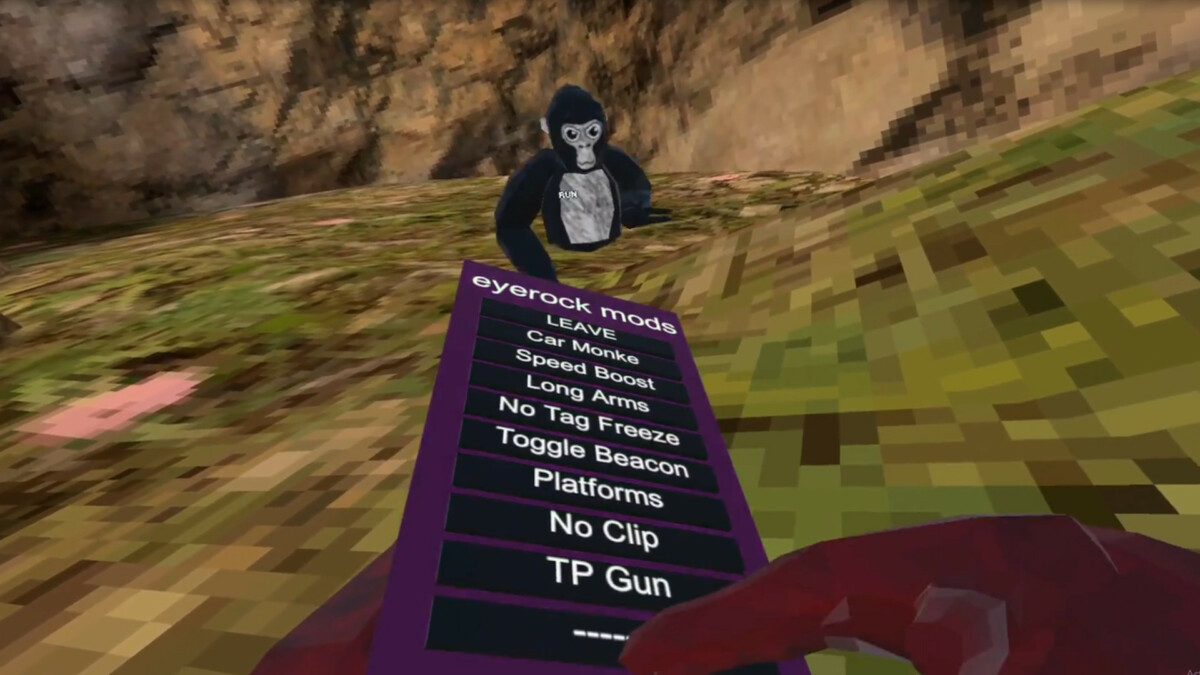 The Eyerock Mod Menu is the largest, most comprehensive mod on this list.

With an assortment of several mods in one easy package, Gorilla Tag players can do any number of things with this mod in hand.

Become a car monke, toggle a speed boost, modify all the cosmetic features, and more. Some of the mods in this menu cannot be found in standalone versions anymore.

Use this mod with caution and avoid online play and public lobbies. Private lobbies are safe if you know the other apes in the room.