The Bloons TD series is one of the biggest surprise hits in the strategy gaming space.

This tower defense game has been around so long that its popularity spans two different gaming-savvy generations due to their persistence and huge content updates.

Whether you’re serious about strategy or just like the colors and toony appearance, Bloons TD6 meets everyone where they’re at.

Mods for Bloons TD run the entire spectrum from full-on cheats to regular quality-of-life upgrades. Our list includes some of our favs from both categories. 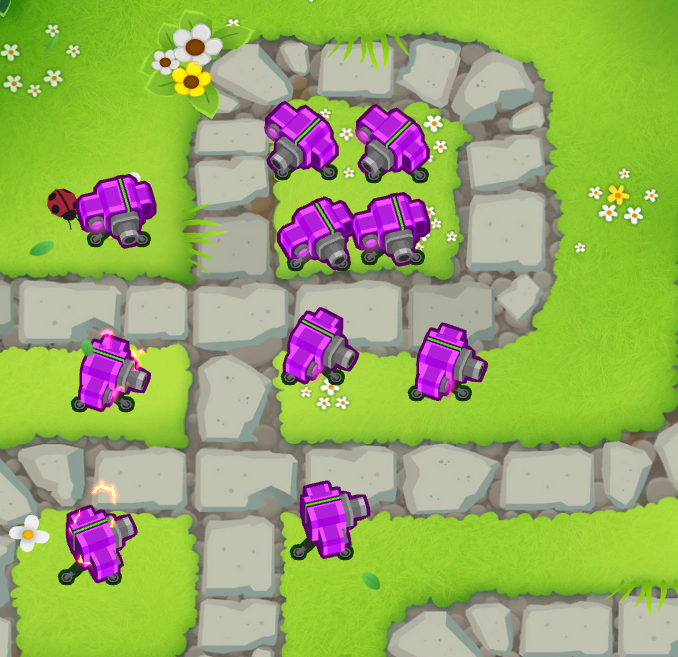 Paragon Sentry in Shop adds the Sentry Champion unit to the shop, allowing players to buy it right away.

This cool, purple, tricked-out monkey dude is one of the most important purchases in Bloons TD6 for a lot of players following the popular strategies.

He allows the Engineer Monkey to build the highly effective purple sentries with their high-damage and self-destruct feature.

Having the Sentry Champion earlier is fun and allows for strategy to take shape in lower rounds, but it doesn’t add a huge advantage since it still costs to obtain and build the units. 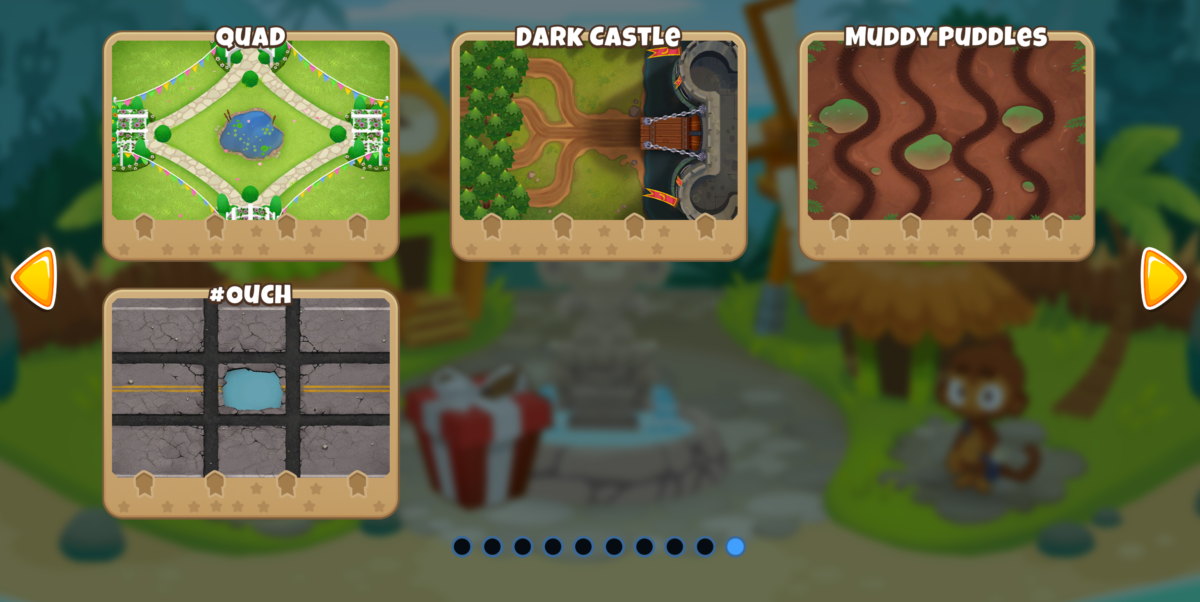 Unlock All Maps allows the player to access all of the available maps right away without unlocking each one as normal.

We love this mod because it makes a single-player (mostly) experience like Bloons completely open-ended the way it should be.

If a player wants to skip to a specific map, why shouldn’t they be able to in a non-competitive environment? It’s a game!

Many people get pleasure from slowly earning the maps, which is an equally awesome way to play. 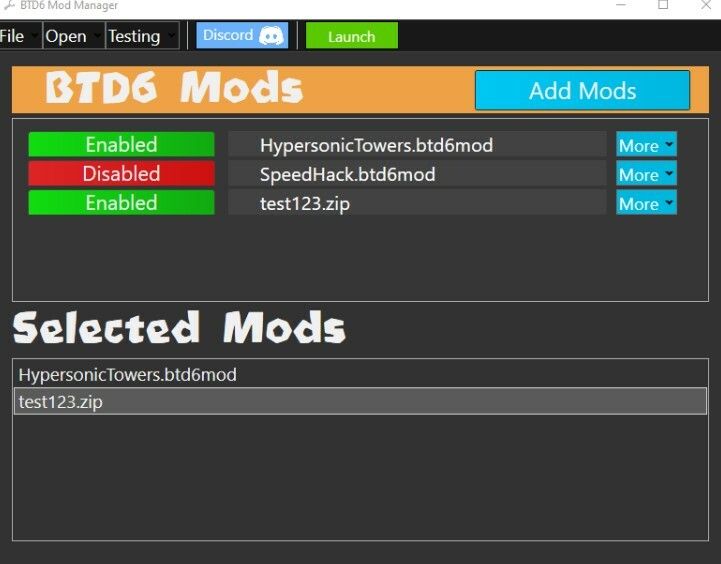 Where there’s a modded game, there is a Mod Manager.

This mod manages the installation and running of other mods in Bloons TD6.

There are more than a few mods for TD6 that specifically require this mod to function properly. 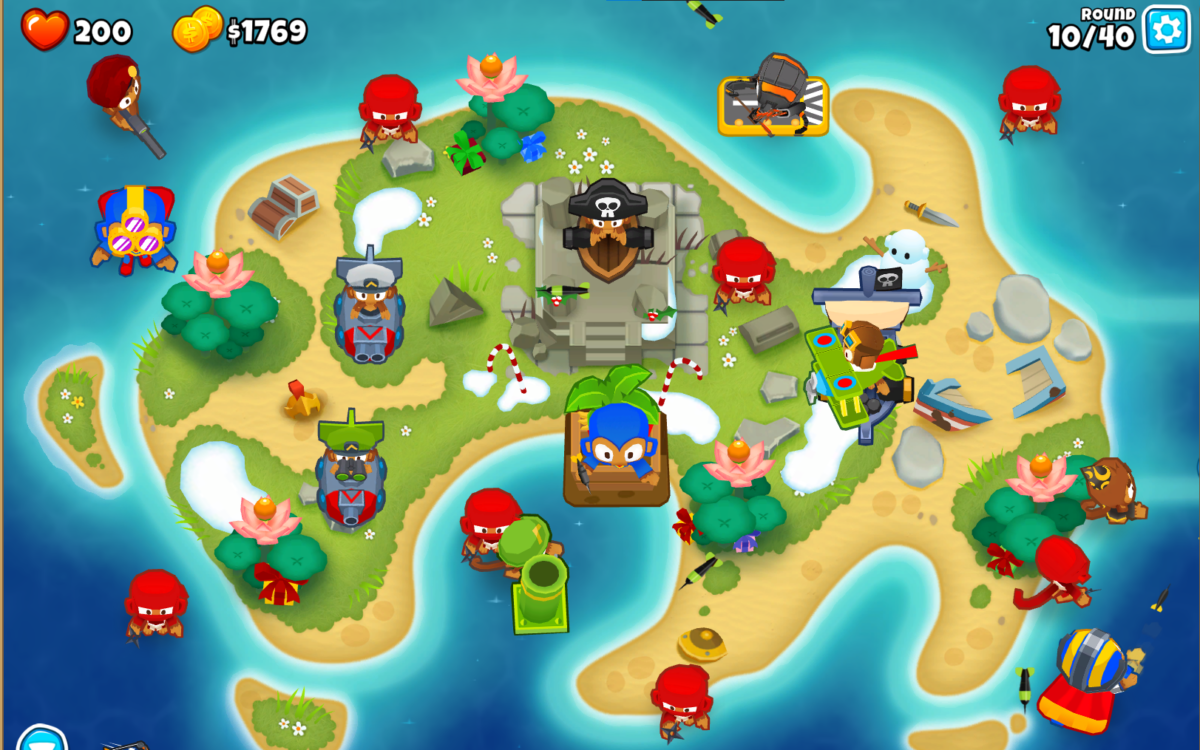 Place Towers Anywhere grants the ability to build towers anywhere on the map; that much is easy to guess by the name.

There are many unique advantages to being able to build towers outside of the regular area. Towers can even be placed on top of monkeys.

The potential for strategic, defensive tower formations is numerous, with build restrictions removed.

Build a nightmare cluster of towers that the encroaching enemies have no chance in monkey heck of passing with their lives intact.

This quantity of knowledge points is functionally infinite as it is completely impossible to spend that entire quantity in the current state of the game.

Knowledge in hand, players can buy perks and upgrades to have their towers at their max potential in the early stages of the game.

It can also remove the need to use other mods like Max Level or shop augments.

We don’t use mods like this often, but they’re very fun for a few minutes of fooling around with unlimited power and resources or for testing out strategies.

Much like the previous mod, this currency boost allows players to set up all their game items at max potential from the first minute of the game.

With infinite money, the map can be packed with rows upon rows of the best towers before the second wave has begun.

As with most Bloons TD6 mods, be cautious online or on your main account. 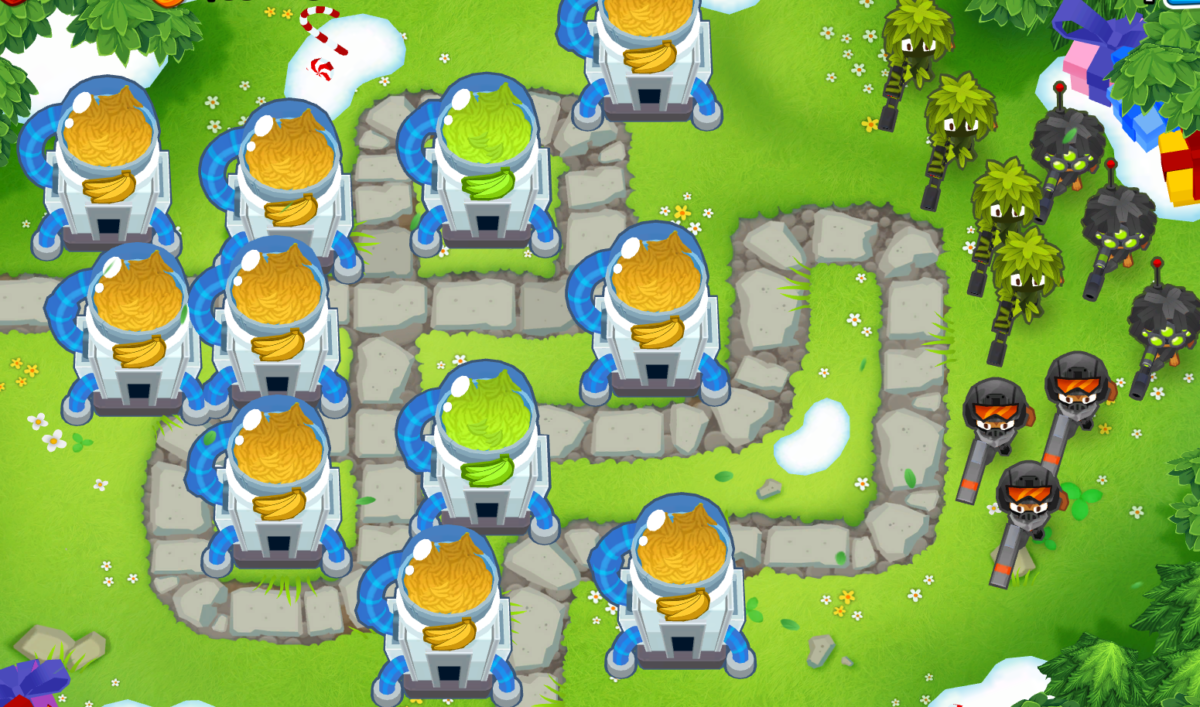 Infinite 5th Tiers removes the limit imposed on the number of 5th tier towers that can be built. Line your defensive path with death machines.

5th tiers usually need to be placed with intention and strategy due to their limited quantities.

Part of the challenge of Bloons TD6 is building them wisely; this mod lets you throw that concern in the trash. Stack the map with the most beast towers to become impenetrable.

This mod does not work with races, challenges, or odysseys. 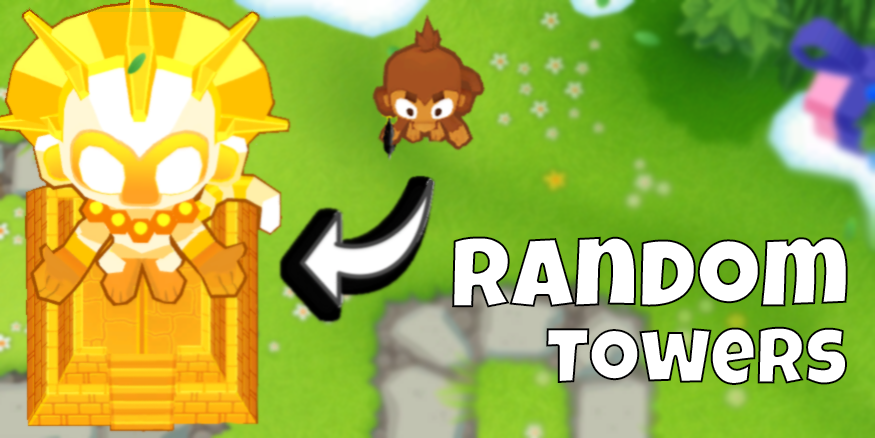 Random Towers randomizes every tower and upgrade the second it is placed. Luck has never been more important in TD6 than with this mod.

This novel little mod is an unexpected blast to fool around with. When there’s no indication of what tower is about to show up, the only detail you have control over is the location.

Will you end up with a monster 5th tier tower or the barest bones starter tower? You won’t know until it is built.

This mod only works in standard offline single-player mode. 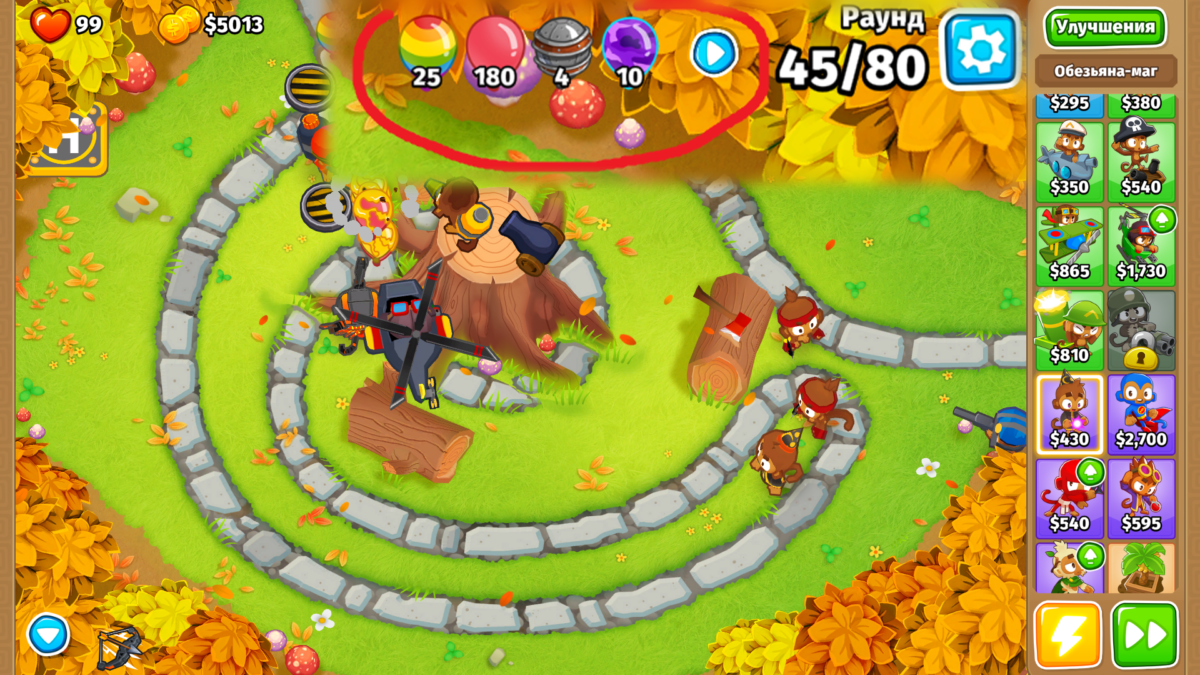 Bloons6EMod gives the player a small window that displays the balloon groups coming in the next wave.

This mod is a great crutch for people just starting out or still learning how to strategize for the unexpected.

Knowing what’s about to come down that path gives you ample warning to build with the proper equipment to counter it.

Since it does nothing but make the game a little easier, we think this is a great mod even if we don’t use it ourselves.

It could also be used by an experienced player to practice pre-meditated countering.

This mod only works up to round 140 in Standard and Alternate Bloons Rounds modes.

Tech Bot In Shop allows the Tech Bot power to be purchased with cash instead of Monkey Money.

We like the advantage this gives a lot. It doesn’t make the game easy-mode, but it allows for higher-level planning at an earlier stage of the game without spending the more valuable monkey money.

Tech Bot automatically activates your towers’ abilities; all it really adds is automation.

Reducing the number of things you have to manage doesn’t make your setup stronger, but it does free up your mind for the situation at hand.

Players can immediately reach the Max Player Level of 155 with this mod.

This massive boost gains the player units, Monkey Money, Monkey Knowledge, and heroes without having to do any work.

It’s an excellent option for players that don’t care about the online, competitive community and are just looking to play Bloons TD6 at max potential, with every tool at their disposal; we can respect that.

Beware: Do not use this online or on an account whose progress you cherish.

This is not a good mod for longtime, serious players; you’re probably maxed and well into veteran levels, anyway. 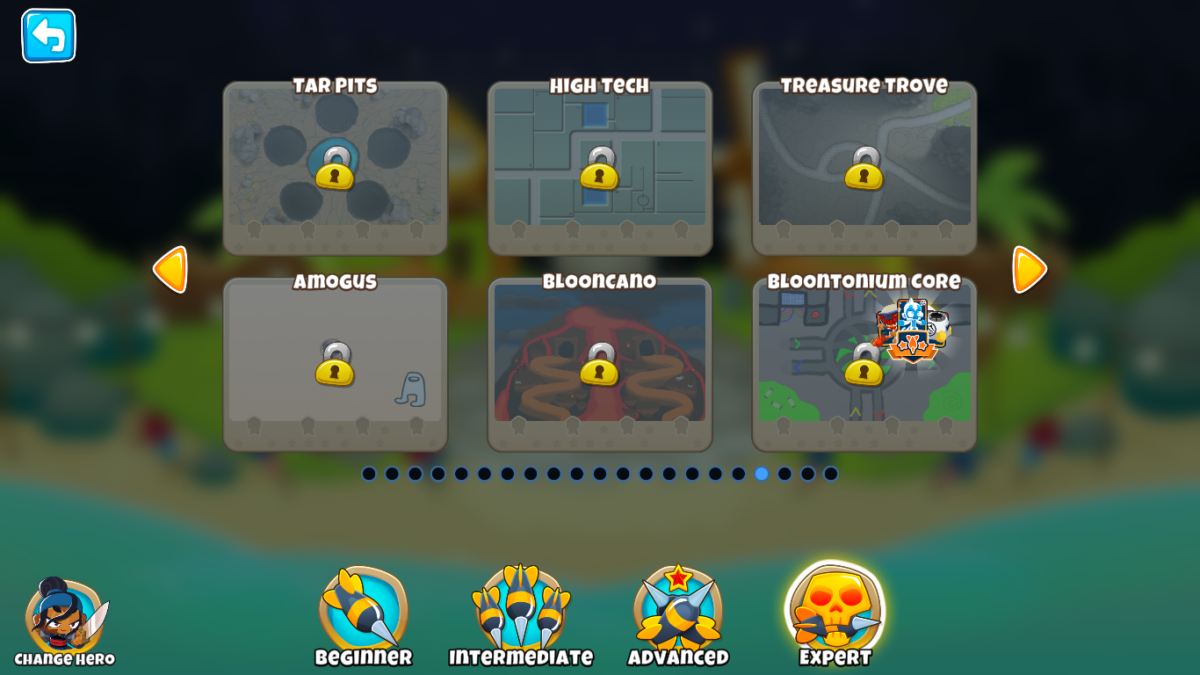 Custom Maps adds a collection of player-made maps in addition to some maps from older Bloons TD games to Bloons TD6.

Custom maps are the final frontier of modding in Bloons TD6.

With the intense amount of grinding that this game can encourage after a while, custom maps are a breath of fresh air, offering a new visual and gameplay experience after potentially years of the same handful of maps.