We love games like Nioh 2, and all Dynasty Warriors-like games that pit the player against unending hordes of enemies.

Nothing satisfies quite like unleashing your dark side to wreak death and destruction with visual effects that rival any fireworks display on Earth.

The customizations that Nioh 2 offers make your look for videos and screenshots almost as crucial as the fierce battles. 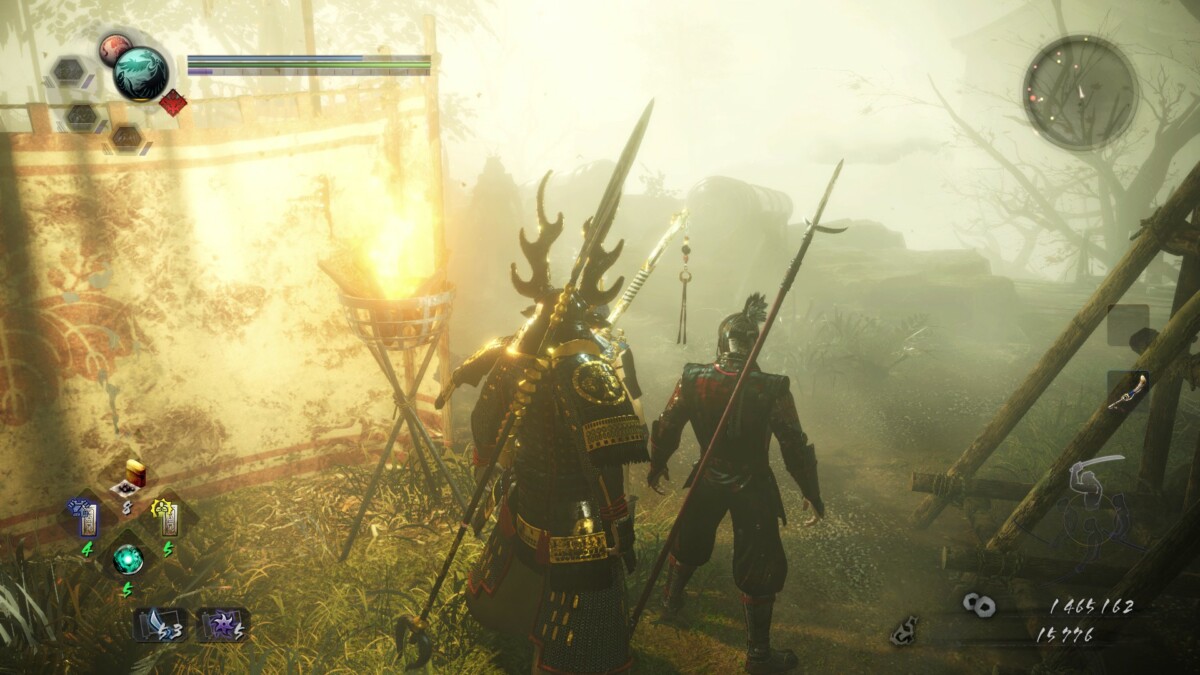 Obviously, Nioh 2 is a great game; the visual choices made by Team Ninja and Koei Tecmo are great overall, except for one issue this mod author aimed to fix. “I don’t like foggy screen.”

This Clearly Preset for Reshade adjusts the game’s graphics to make the point of view sharper, with less fog.

With glare reduction, hue tweaking, and fog removal, the more striking aesthetic is preferred by many players.

In case you are unfamiliar, ReShade is a post-processing program that boosts the graphics of several different titles. It’s worth using even if you don’t like mods; it’s different. 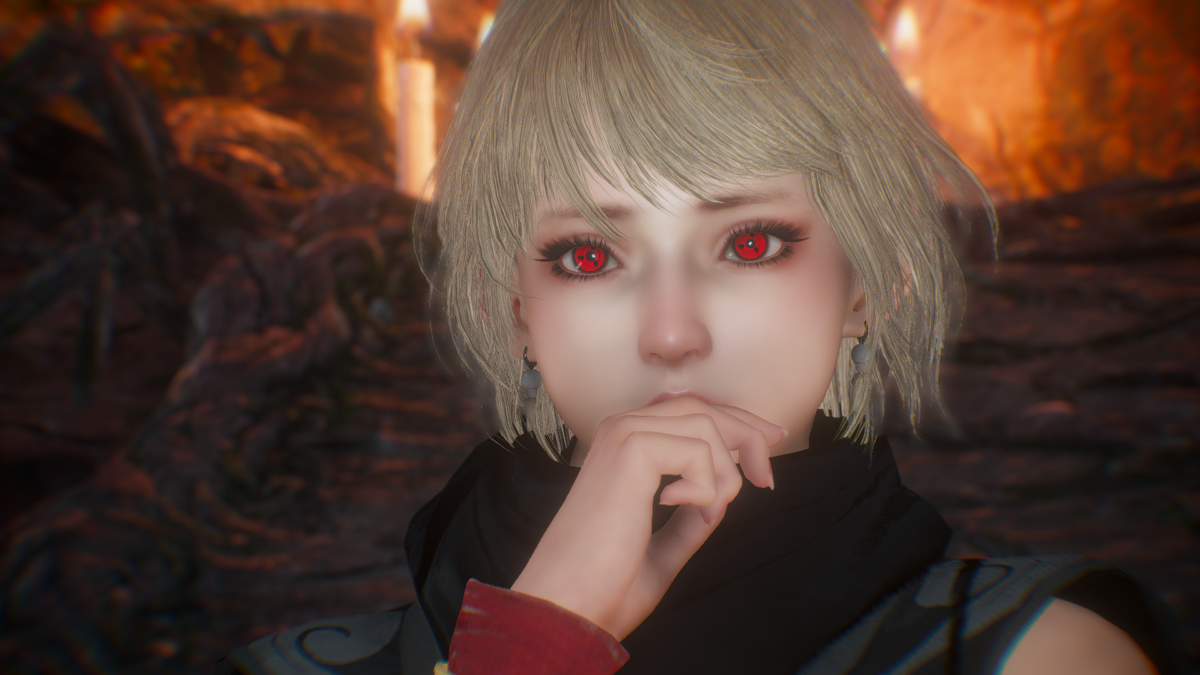 The character models and style of Nioh 2 are the main draws for much of the community. (The main focus of the modding community, anyway.)

Eyes Retext adds nine new varieties of eye shapes to the game. The list includes, among others, Crystal, Heart, and Moth eyes.

Each offers a unique look and tone for the character model. Our favorite is the Crystal eye; it stands out among other eye designs we’ve seen before.

This mod doesn’t reinvent the wheel, but fans of this particular look will love it.

Longer Twin-Tails lengthens the Twin-Tails hairstyle. This hairstyle is a staple in this genre of games as well as anime and East Asian-inspired fiction. The new length of the hair rests just past the elbow.

The physics can glitch on rare occasions, but it’s not very distracting or noticeable most of the time. 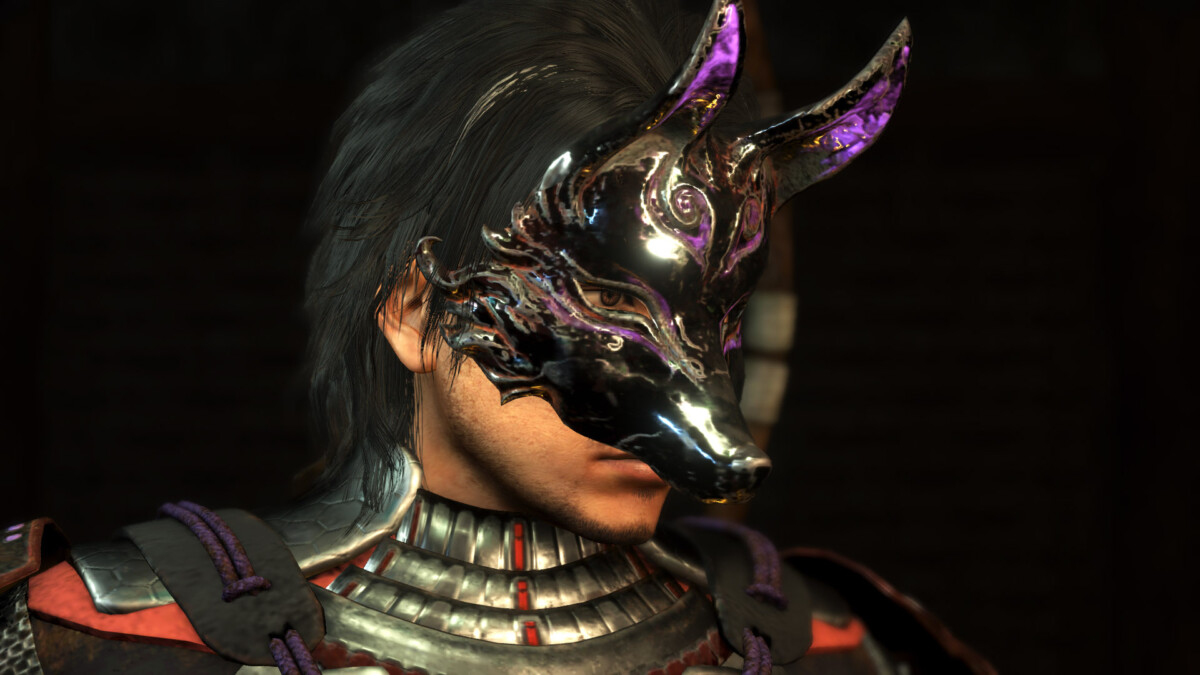 This mod swaps the Sohaya mask with the female phantom yokai form of the mask for both male and female character models.

It’s not a custom creation, but this swap increases the visual variety players can create in Nioh 2.

The female phantom yokai mask is flat-out prettier, more colorful, and stylish as heck. We prefer it to the Sohaya mask by a hefty margin; we think you’ll agree.

6. Perfect Starter Save and Save Migration Tool 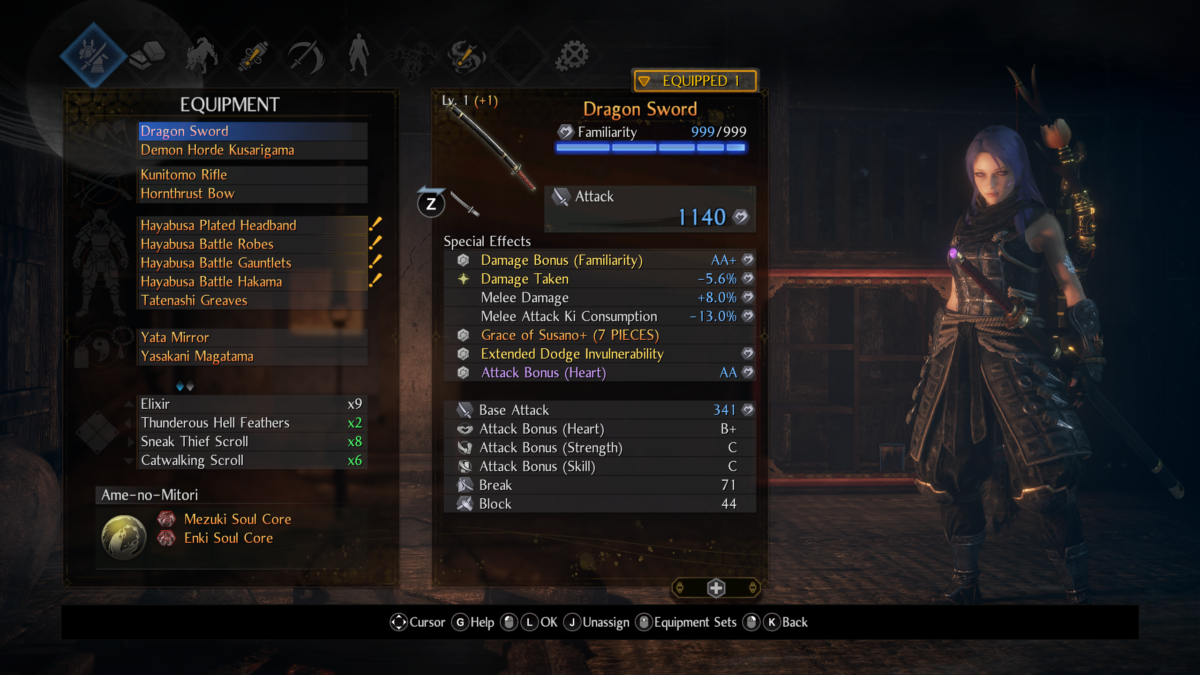 Perfect Starter Save and Migration Tool enables players to begin the game with every skill unlocked and a mountain of ridiculously overpowered weapons and armor.

For those of you that are looking to enjoy the gameplay experience without any struggle. All unlocks become accessible after completing the first mission. As a bonus, there are enemy and treasure sensor special effects for even more advantage.

The included save migration tool makes deploying this save file a cinch.

5. Weapon Skins from WO4, SOULCAL6, and MORE 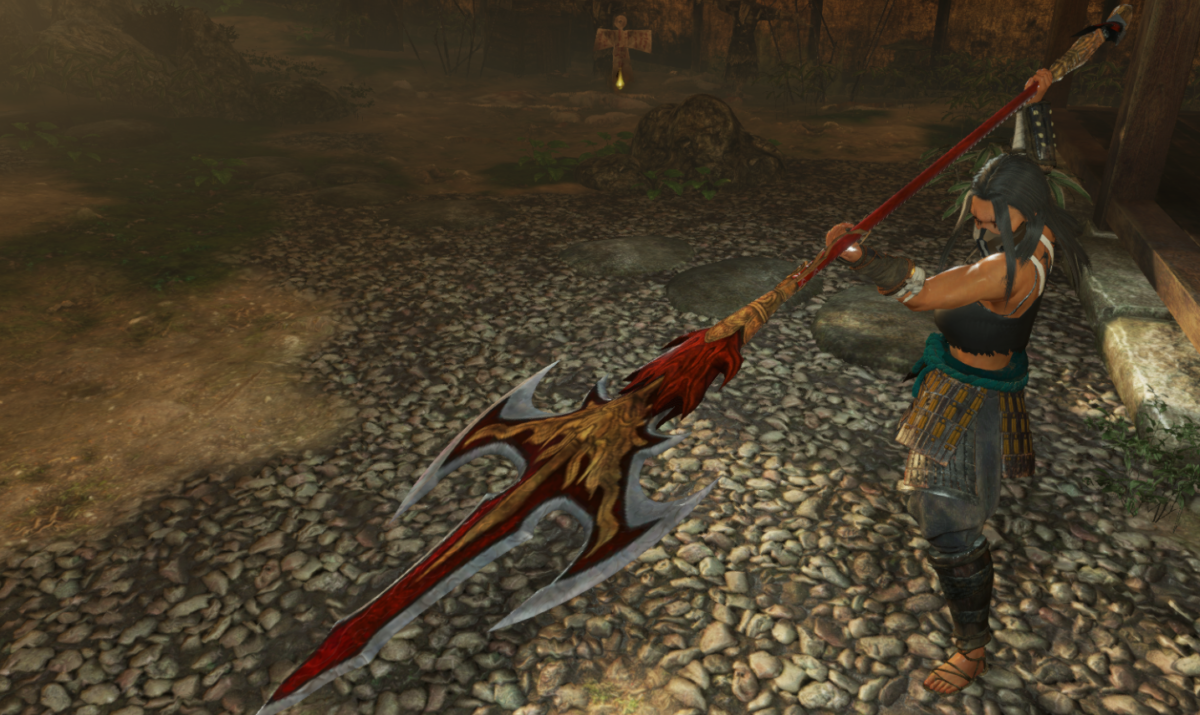 This weapon skins pack includes weapons from several games that fans of Nioh 2 are likely to enjoy already.

The pack contains skins from Orochi 4, SOULCALIBUR VI, Onimusha 3, Sekiro, Dynasty Warriors 9, Final Fantasy, God of War 3, Dark Souls, and Blood Borne. This list has more than a couple of our favorite titles on it.

Our pick from this pack is the Crystal Soul Edge from SOULCALIBUR 4, but give all of the skins a try.

Note: Weapon skins and resizes have no impact on the reskinned weapon’s attack range or power. 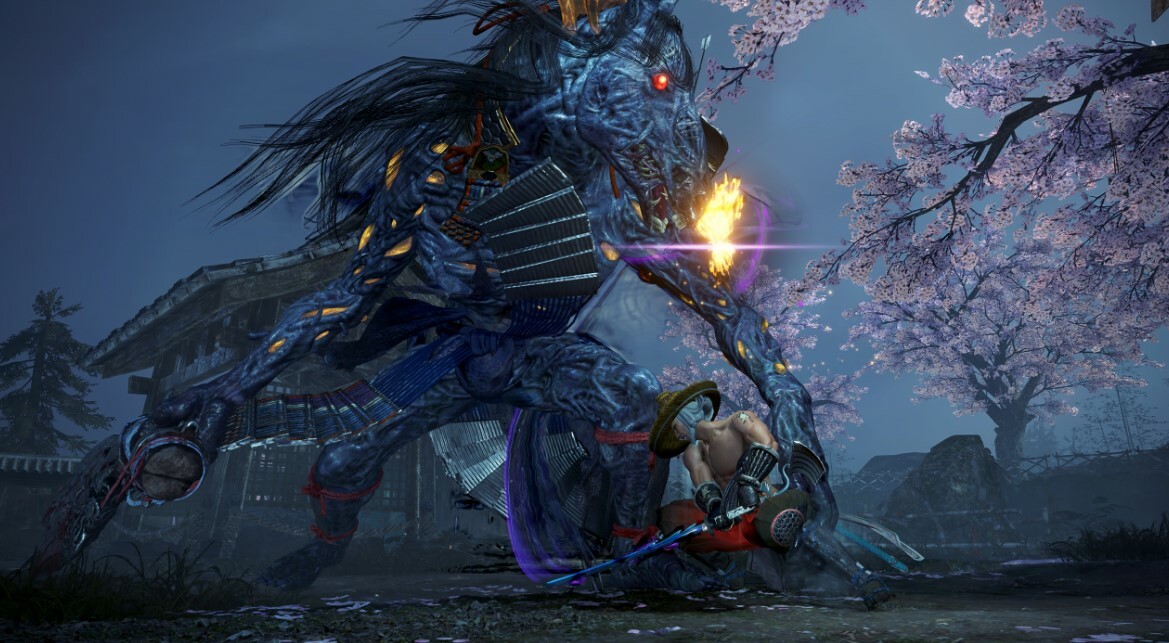 The excess of visual effects and particles in Nioh 2’s combat is one of the genre’s hallmarks, but sometimes it can be too much when trying to focus on what’s going on.

Cleaner Combat Effects reduce the number of particle effects that are displayed in combat.

Other effects like the yokai splatter, amrita, and purity weapon effects are also toned down. This mod is for people that want a tamer visual experience but not total effect removal, which renders the game too muted. 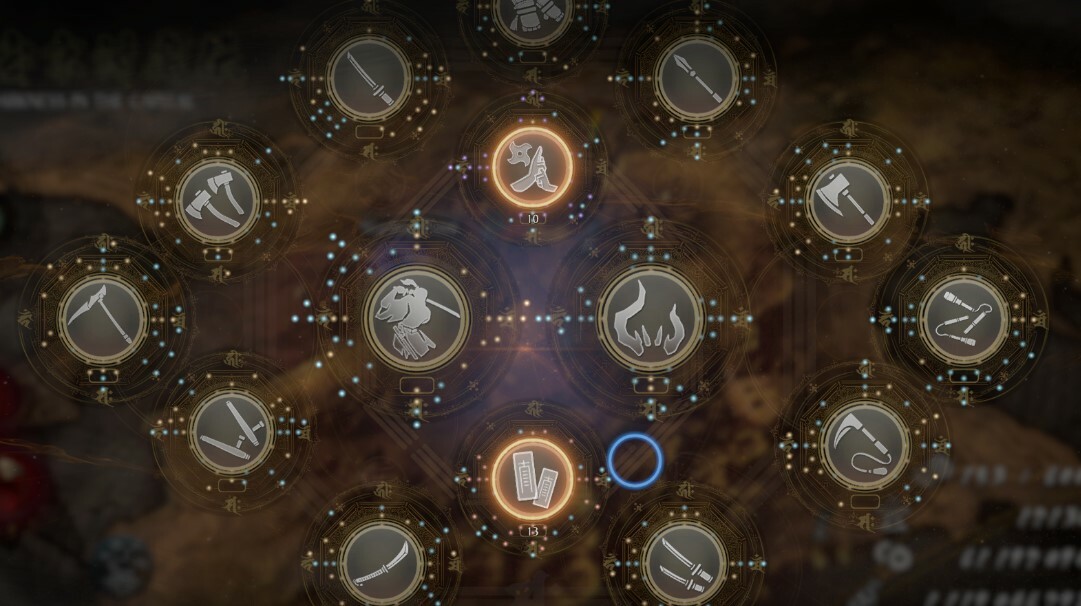 There aren’t many gameplay-related mods for Nioh 2 that see much use; this is one of the few.

Skills Expanded is a Cheat Engine table for the game that updates each weapon’s move set with new skill controls.

Other changes include some quality of life control changes we really enjoy, such as remapping Windstorm and Watersword, making them usable together.

It wouldn’t be a proper Cheat Engine table without some power-ups, would it?

This mod boosts the wind-up speed of Resounding Lunge, adds a Ki Pulse window to the Wild Spear, connects Random Slice with Sign of the Cross, and fixed an actual bug that prevented Double Headed Slice from being used after guarding.

This mod replaces the Shinobi Onmyo armor set with versions that show more of the character model’s body.

There are also optional backless Shinobi robes, too. These customized models are for players that like a more risqué, adult vibe in their stylized games. We respect that.

In addition to the unscarfed sets, there are cosplay textures for the Onmyo set for Kasumi, Mai, and Chun-Li. There are loads of possibilities with these models and textures. 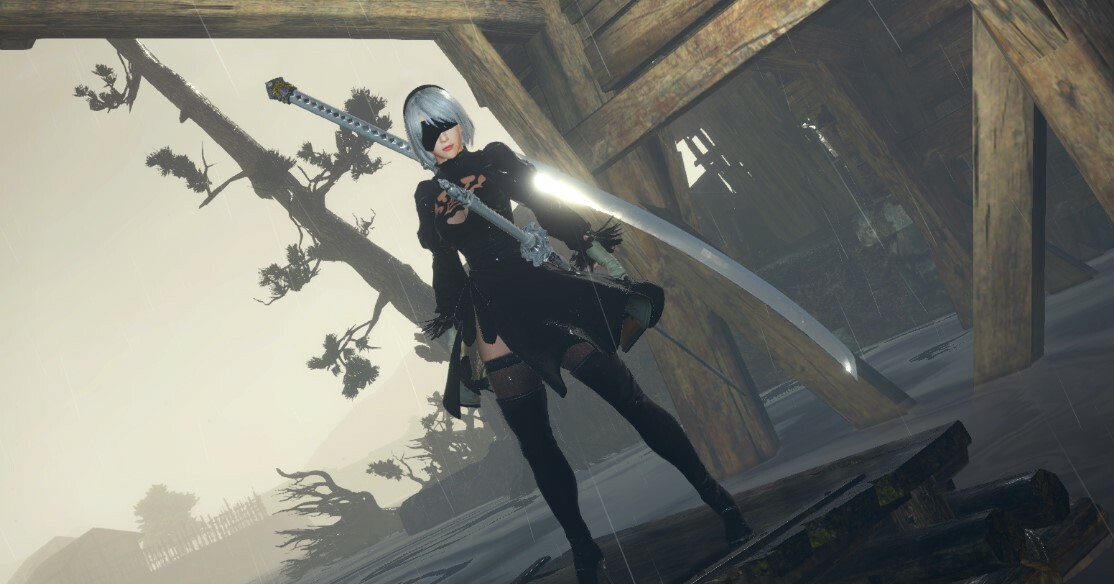 Those of you who are also big fans of Nier will understand why these custom designs had to be our number one pick.

These models are remakes of 2B’s Yorha outfit from Nier Automata. Sporting futuristic headgear, an eye patch, the iconic Justice Ministry Cuirass, and sky-high boots, this look is one of the most notable in video game fashion.

There are also nine custom weapon models from Nier Automata that players can use to reskin existing Nioh 2 weapons.

This gear is suited for slicing machines, but it will work on our enemies in this game just as well.