Your jet has crashed. You are the lone survivor. As the player, can you brave The Forest, fend off pesky cannibals, kill the enemies in your way, and build a sturdy shelter to ride out the days and nights?

The Forest is a very simple yet effective survival game that sets itself apart from other open-world games.

There aren’t as many mods for The Forest as some other games, but there are a few that we recommend.

Tides adds a realistic tide cycle to the ocean in The Forest. This small change to the world is not always noticeable, but it adds an excellent living detail to the brutal world players experience while playing the game.

Each simulated tide cycle lasts about 13 real-world hours. Sit back and watch your boat slowly ascend, then drop again.

This mod does not work in multiplayer.

It looks like the survivor remembered to pack some melatonin in their carry-on bag. Thank god.

No Sleep Cooldown removes the arbitrary time players are forced to wait between sleeping. Your character still needs to be safely inside a structure.

This mod makes it easy to fast-forward through time to skip the night or daytime hours. It’s also a handy trick for breeding rabbits or replenishing trees if no other mods are used.

We like this mod for accelerating progress in the game when trying to develop quickly. 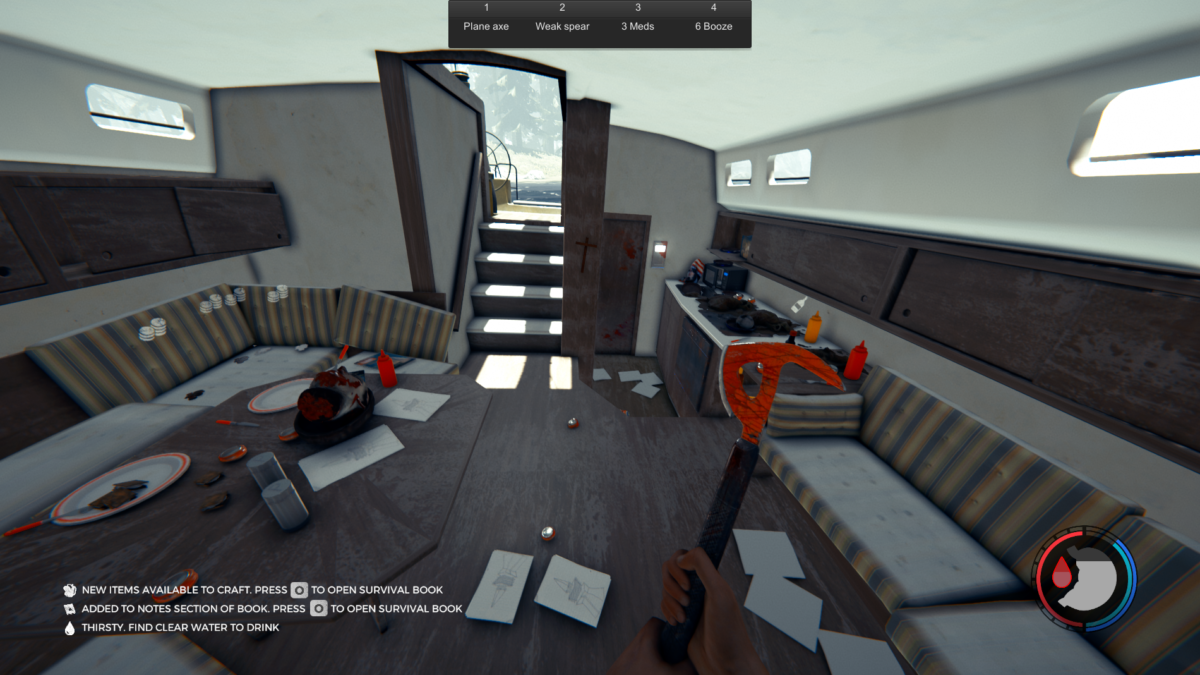 Hot Bar adds four quick-use item slots at the top of the screen while playing The Forest.

Inspired by the similar UI element from Minecraft, this mod adds a bar at the top of your display that can be assigned to four different items in your inventory.

Now players can access their four most-used tools with more ease than before. Hot Bar is definitely a huge quality of life upgrade for such a simple change. It’s surprising that there isn’t such a feature built-in to the base game.

Ever wish there were more hours in the day to finish gathering resources or more hours at night to hunt/be spooked?

Longer Days and Nights doubles the length of the daytime and nighttime phases in The Forest’s time cycle.

This allows the player to go about their daytime or nighttime plans longer before having to consider either sleeping or changing up in-game activities.

The regular day length of 36 minutes can feel too short; a longer period between changes feels more immersive and makes either dusk or dawn feel more significant.

Jumper allows you to jump wherever the crosshair is pointed.

Out of all of the The Forest cheat mods, this one can be seen as the least game-breaking if used sparingly.

It’s easy to fall off platforms; a quick and easy undo for your character movement mistakes is a welcome tool.

Hold down your ‘P’ key, aim at the destination, and release. Your character will move to the targeted location.

This mod is perfect for those in-game projects in The Forest that call for mass deforestation.

Tree Respawn introduces a command to instantly regrow the same amount of trees as would regrow during a typical night. Use this command repeatedly to get more and more refreshed trees.

Players can enjoy an infinite supply of leaves, logs, sticks, sap, and other materials without straight up spawning the items into their inventory with a different mod. We also prefer the aesthetic of regrown trees to chopped trees.

This mod does not work in multiplayer mode.

The Repair Tool mod gives players the ability to instantly repair their buildings without sap or the repair tool. Don’t worry, though!

The actual item is still handy. If you need to kill birds without nicking a building or harvest leaves indefinitely, the standard weapon is still the go-to choice.

The backpack’s size can be set to any value between 1 and 1000 spaces. There are even ways to remove the backpack or make its size infinite. Possibilities are endless with an equally endless inventory.

Never again will you have to prioritize one material over another. Store all of your custom weapons, materials, and more without a second thought.

This is one of the most popular mods used in The Forest community.

The Infinite Zipline mod enables the player to make either variety of ziplines as long as they please, with no more upper limit on their length.

It also removes anchor point limits. With this mod, you can fly through the air as you traverse the trees and buildings. Ziplines are inarguably the fastest and coolest way to move items and travel around The Forest.

We love the insane networks of ziplines this mod lets us create; it’s almost an entirely new game within the game. You’ll hardly notice the cannibalistic mutants; you’ll be having so much fun.

Getting buildings set up can be one of the most frustrating activities in The Forest. This mod alleviates much of the irritation.

Better Blueprints comes with six different improvements to the building system. Our favorite feature is called Build Everywhere. This removes the trivial limitations of “physics.” The Forest becomes Minecraft.

Place buildings wherever and however you like. Build a treehouse fortress well into the sky.

Simply called Map, this mod is an overhaul of the built-in map of the game world and its mechanics. There’s no reason to fuss around with fancy names. Map.

New features include cave maps, filters, a marker for the character’s location, a cannibal tracker, and markers for every other player on the server and their names.

We think it’s super handy to be able to zoom in on the map with the scroll wheel, too. It feels intuitive and very similar to other games’ maps.

All markers can be toggled on/off to suit your preferences.

Destroyer of Worlds lets you remove any object in the game, plus any objects attached to or depending on that object.

DoW is good for removing trees in a prospective building site or demolishing said buildings. Be careful, as massive set pieces spawned by the game will often respawn when you reload.

The mod author and we recommend saving the game before destroying anything; it’s easy to accidentally remove terrain, which is bad.

This ability may not be on par with the force of the nuclear test that inspired the original quote, “Now I am become Death, the destroyer of worlds,” but it remains impressive nonetheless! Would Oppenheimer enjoy The Forest? What a bizarre sentence…

Not only does this mod save the player time when booting up The Forest, but it would also be a way to erase the 2000s TV show LOST. The Forest is, in a way, LOST if they crashed into some woods instead of a beachy island.

Skip Plane Crash removes the need to mash the spacebar at the beginning of a game.

It’s better to jump to the character waking up in the aircraft’s wreckage. We understand the plane crashed. There’s building and surviving to be done.

2. Champions of the Forest 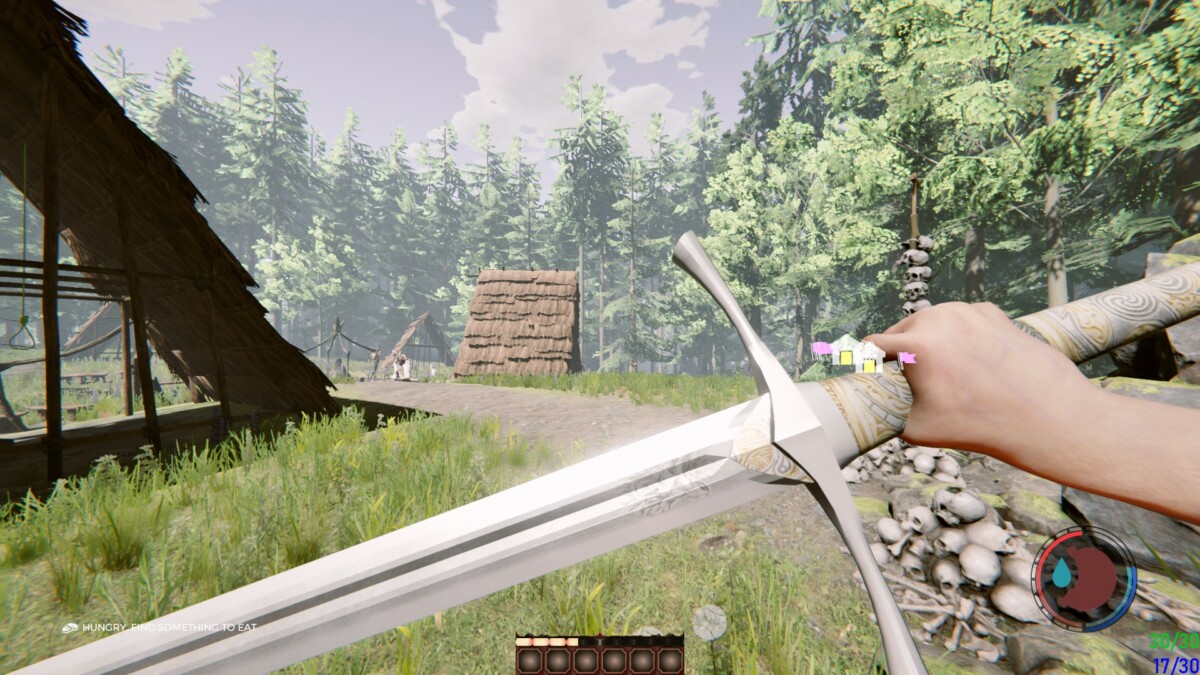 This is, without a doubt, the most immense upgrade for The Forest out there. This mod offers a fresh gameplay experience from top to bottom; the creator really went off.

Champions of the Forest is a mod that expands and modifies The Forest into a more complex RPG-style experience.

The custom enemy stats brand new enemies, and leveling system might make the game better than its vanilla version.

An increased sense of danger from the mutants makes The Forest fit better with some horror games.

We can’t stress enough just how much this mod adds; it’s hard to believe it is fan-made. It practically doubles the replayability of The Forest.

(Champions of the Forest requires the BuilderCore base mod.)

Yup, Cheatmenu is all one word. We’re being authentic.

Ultimate Cheatmenu is, without a doubt, the ultimate cheat menu. Transform The Forest into The Sandbox with this powerful mod. Players gain the power to freeze time, move the camera freely, literally fly anywhere, noclip, and more.

Any standard cheat feature you can imagine, this menu can do. Naturally, a Godmode toggle is included.

We would need an entire list dedicated to its features if we wanted to list everything Ultimate Cheatmenu can do.